So how did the new RX590 Fatboy perform? Well, the big red bar in the 4K test confirmed what I already knew when it came to 4k performance. About half of the games were playable but not great and half weren’t playable at all at the settings I tested at. 1440P, on the other hand, was near half and half but with it all being playable but 9 were in the 30-59 FPS range and 7 were above 60 FPS, not bad but not perfect. Then at 1080p 12 of the games tested fell in the 60+ range, one was up over 120 FPS, and just three were playable but under 60 FPS. That seems to support AMD's push that the RX590 is an improvement on the RX580 where you will see even better 1080p performance with support for higher refresh rates on the esports focused titles.

Before getting into the other results, there is one test that didn’t fit into our resolution breakdown above, that is the Final Fantasy XV benchmark that only gives a score rating. Here the RX590 came in above the GTX 1060 but the RX580 didn’t. To be fair though the high setting that my testing was run at does include hairworks which is Nvidia focused, so keep that in mind with these results. 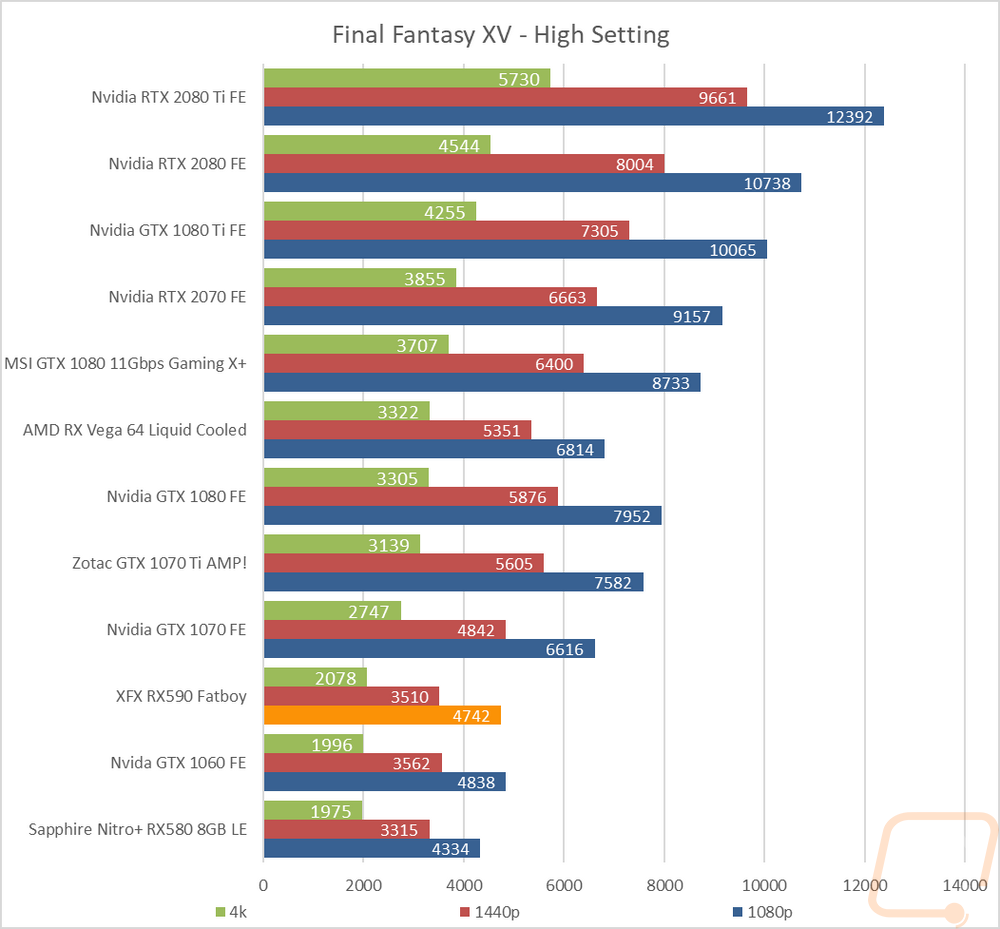 As for the rest of the results I have them all for all of the craziest of the crazy to sort through just like I did. With the exception of DOOM with OpenGL the last four cards on the graphs were consistent with the GTX 1070 always above the RX590, the RX580 below that, and the GTX 1060 at the bottom.  At 1080p and 1440p the gap between them was fairly consistent but going up to 4k you can see the GTX 1070 pull out a larger gap. Beyond that, the DOOM results do a great job of showing why you should always run Vulkan over OpenGL the RX590 went from 95 FPS to 151 at 1080p. DX12 over DX11 was similar in Hitman, but not as significant of a jump, but 5 additional FPS isn’t bad. 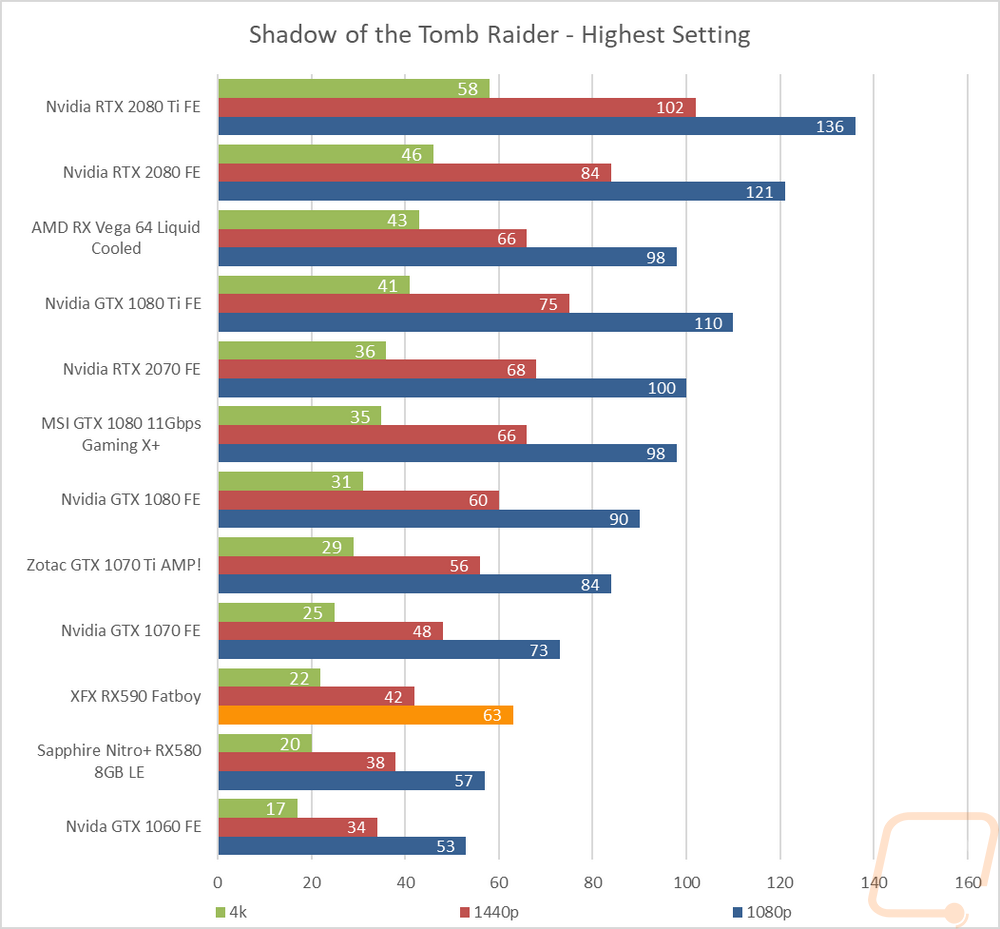 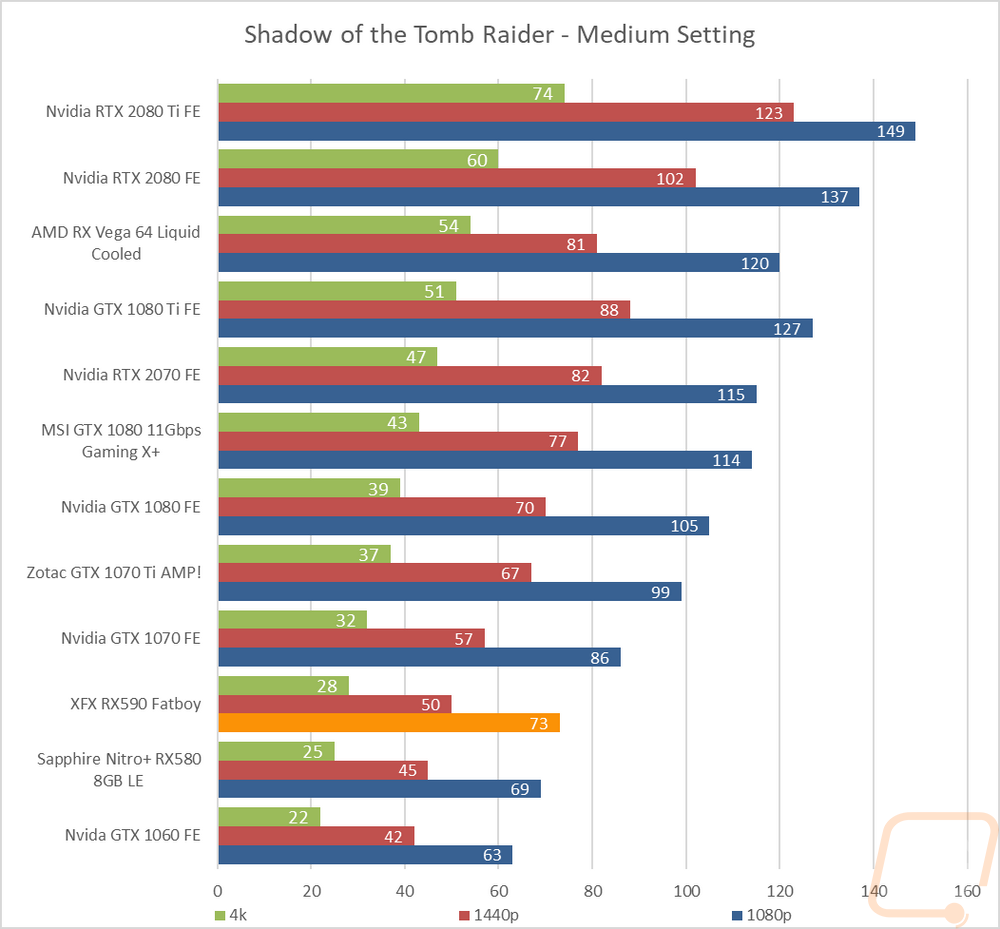 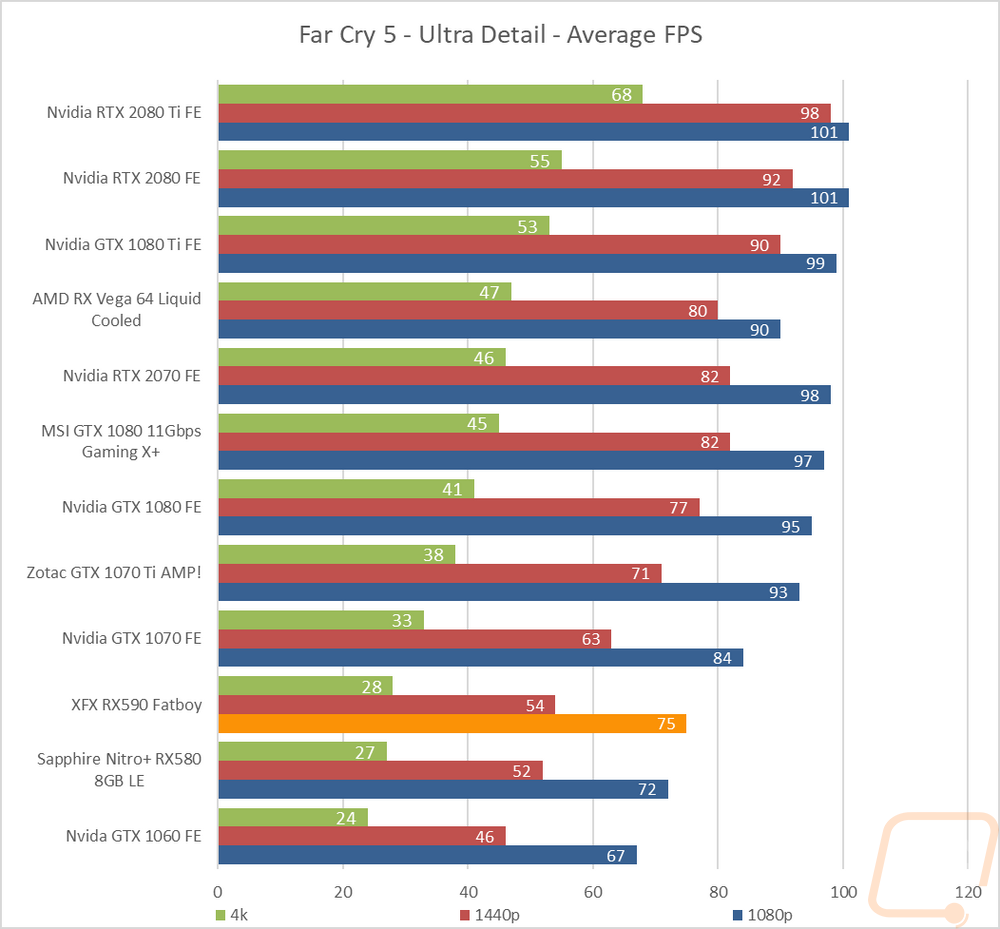 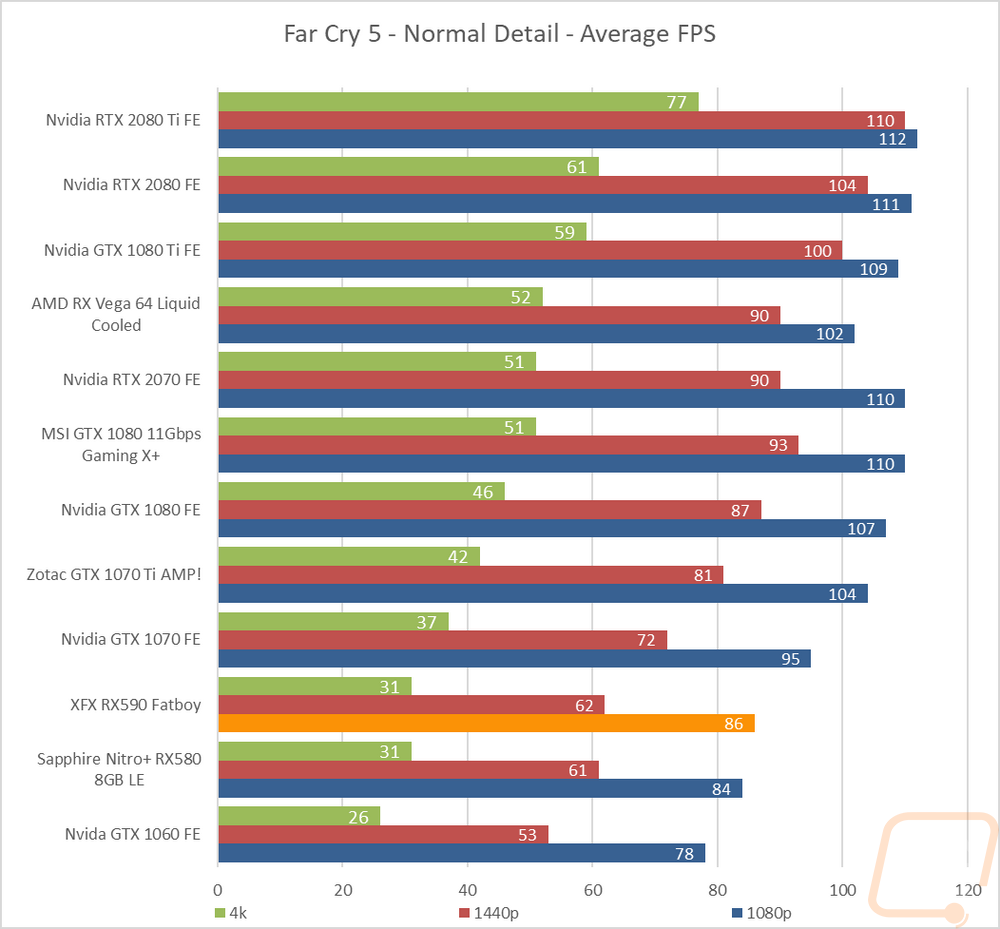 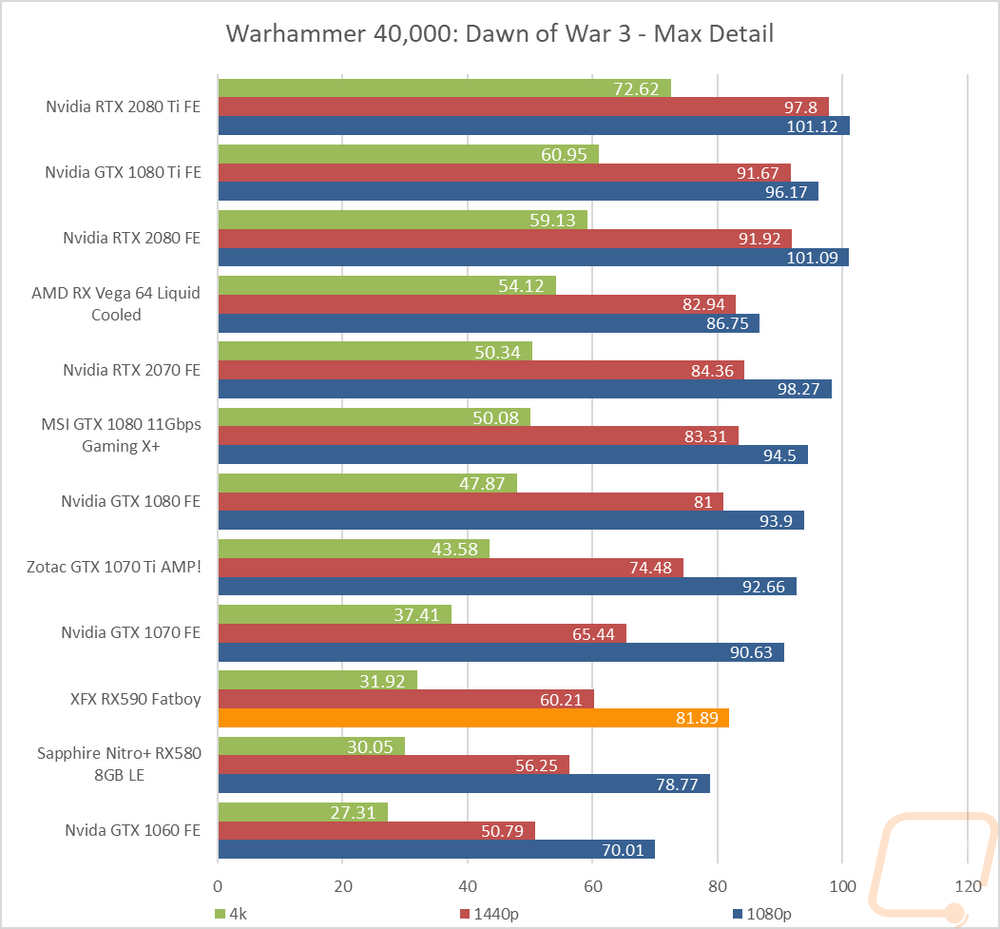 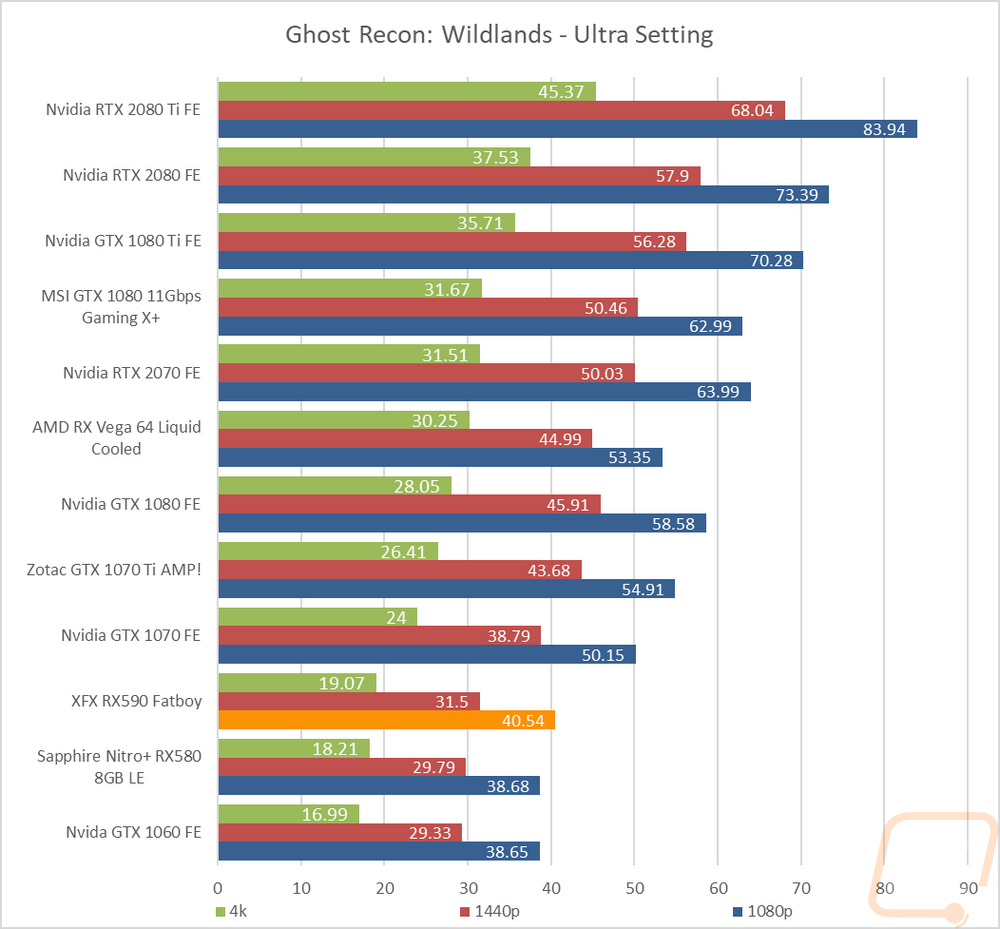 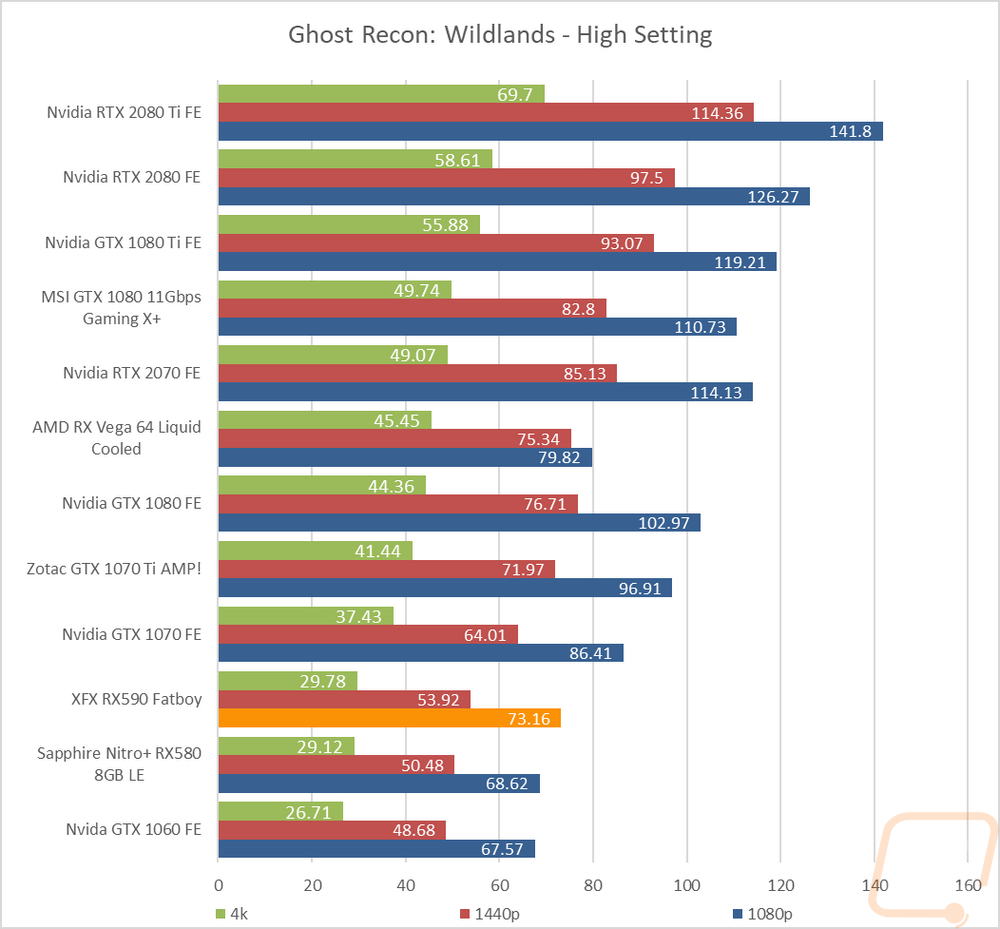 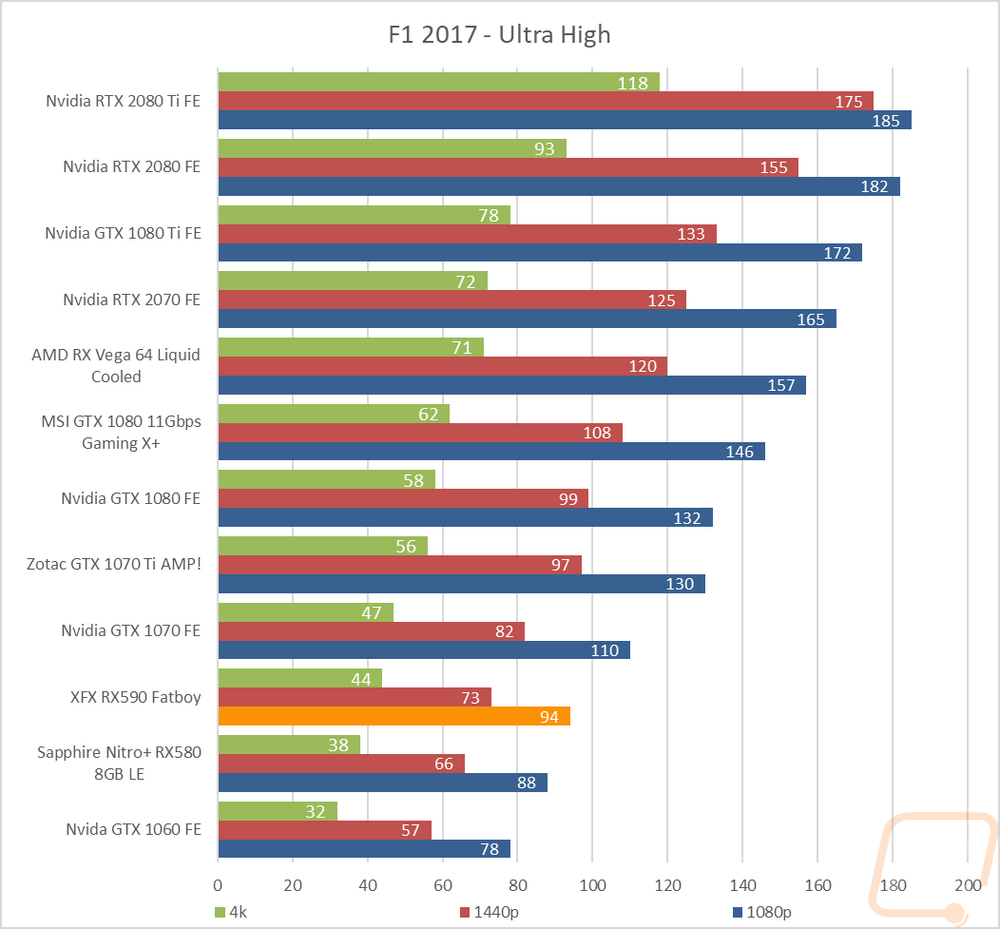 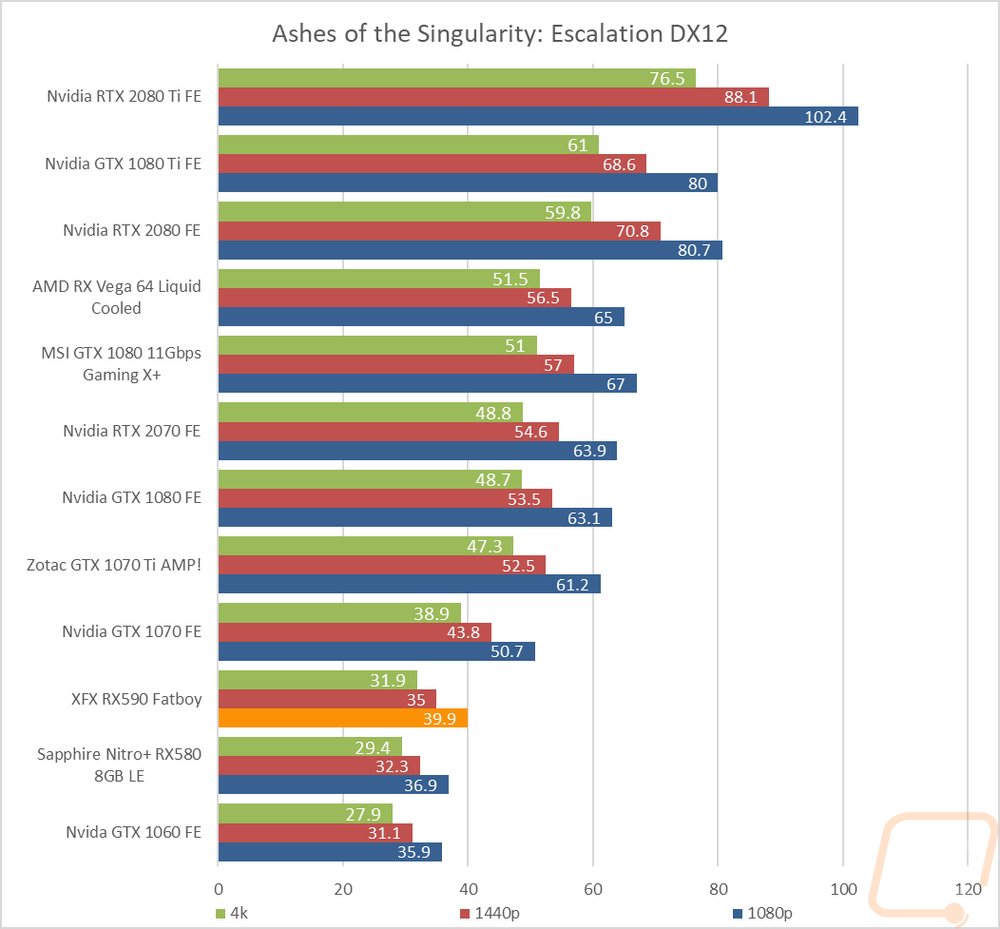 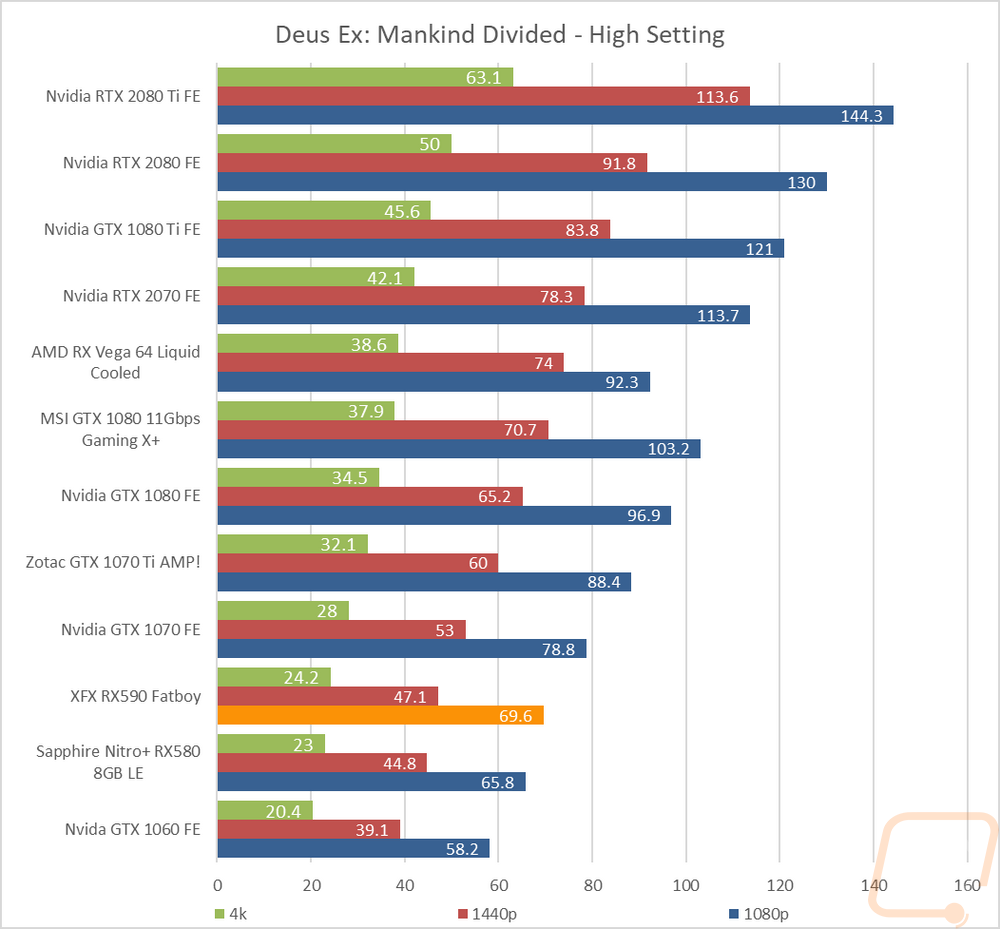 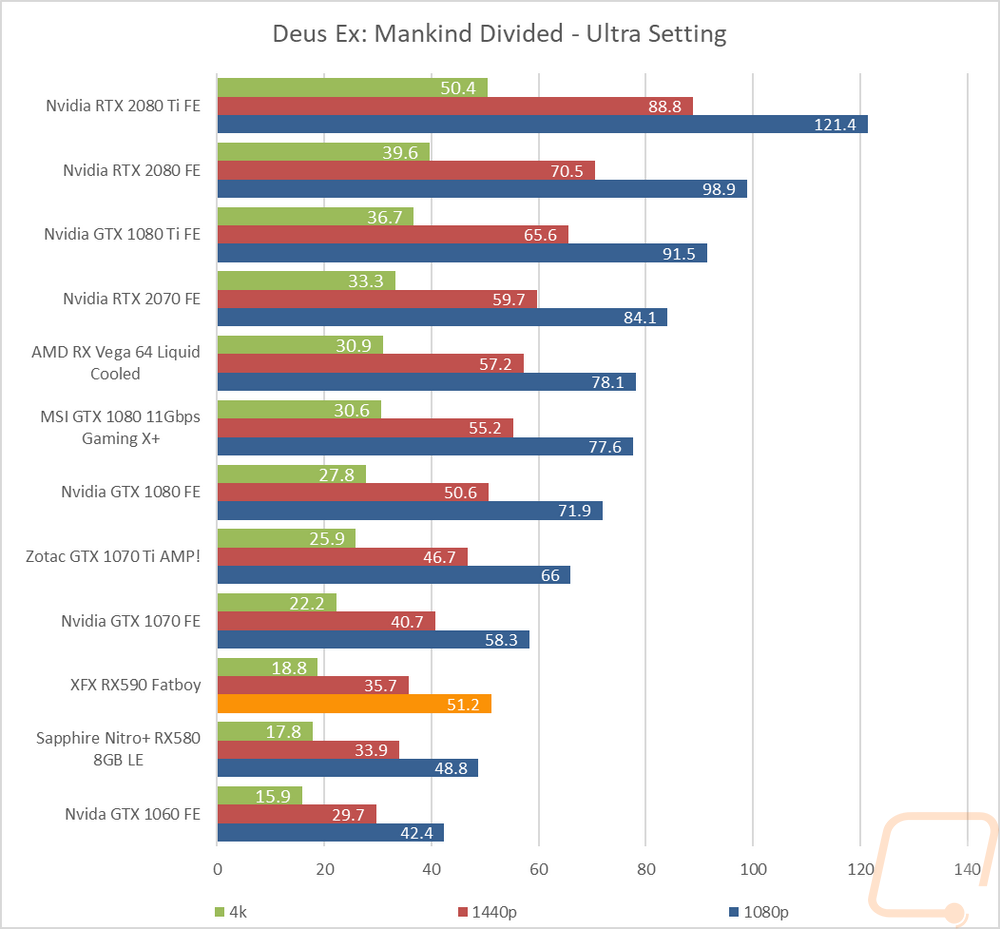 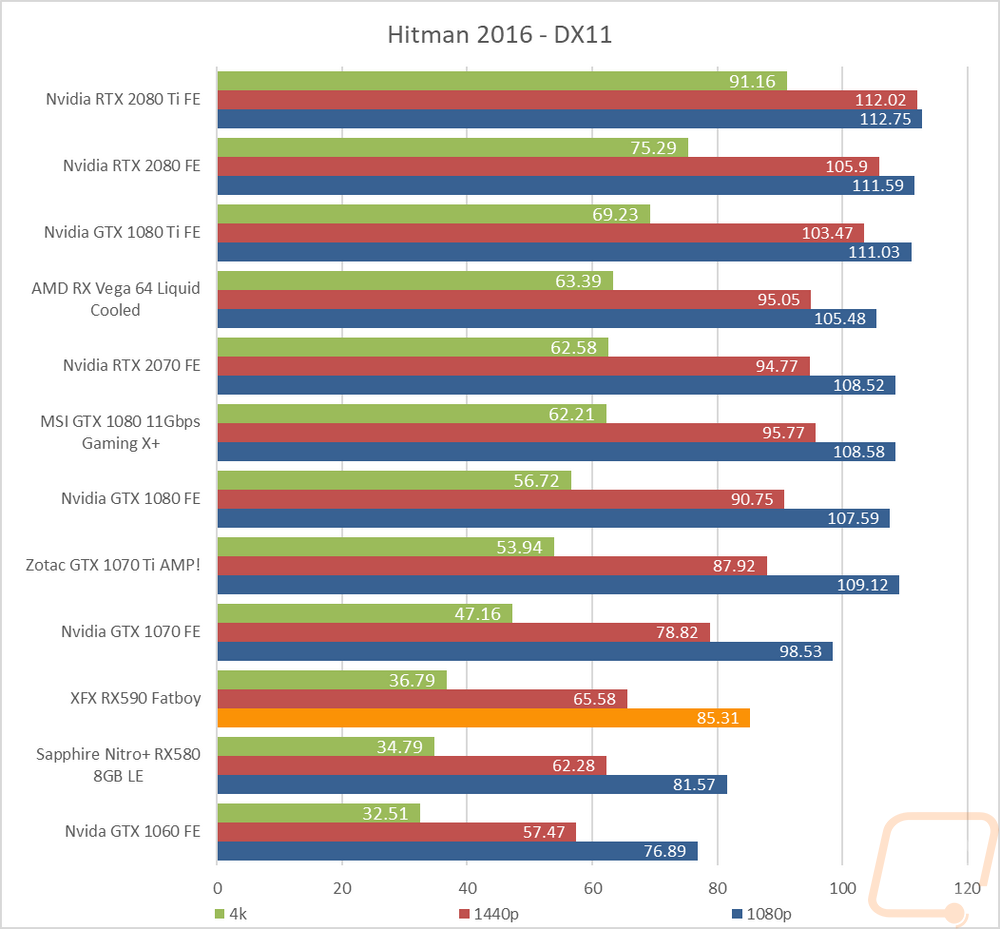 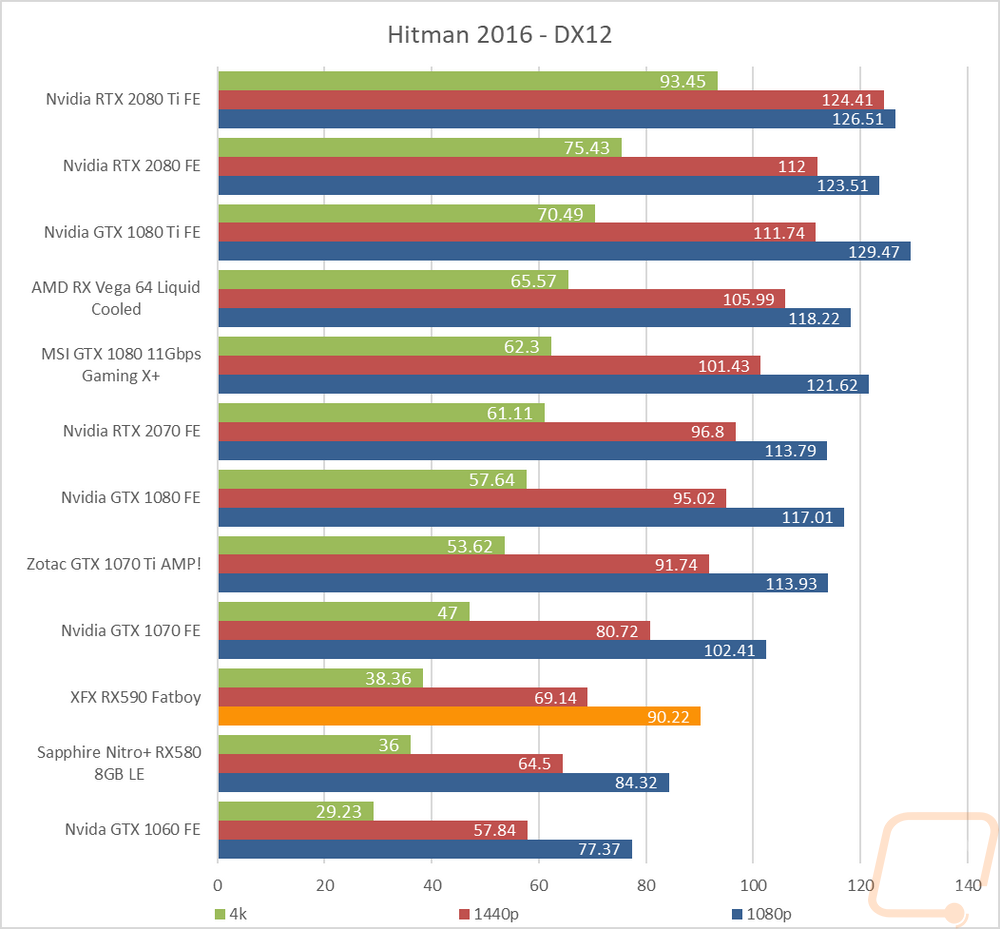 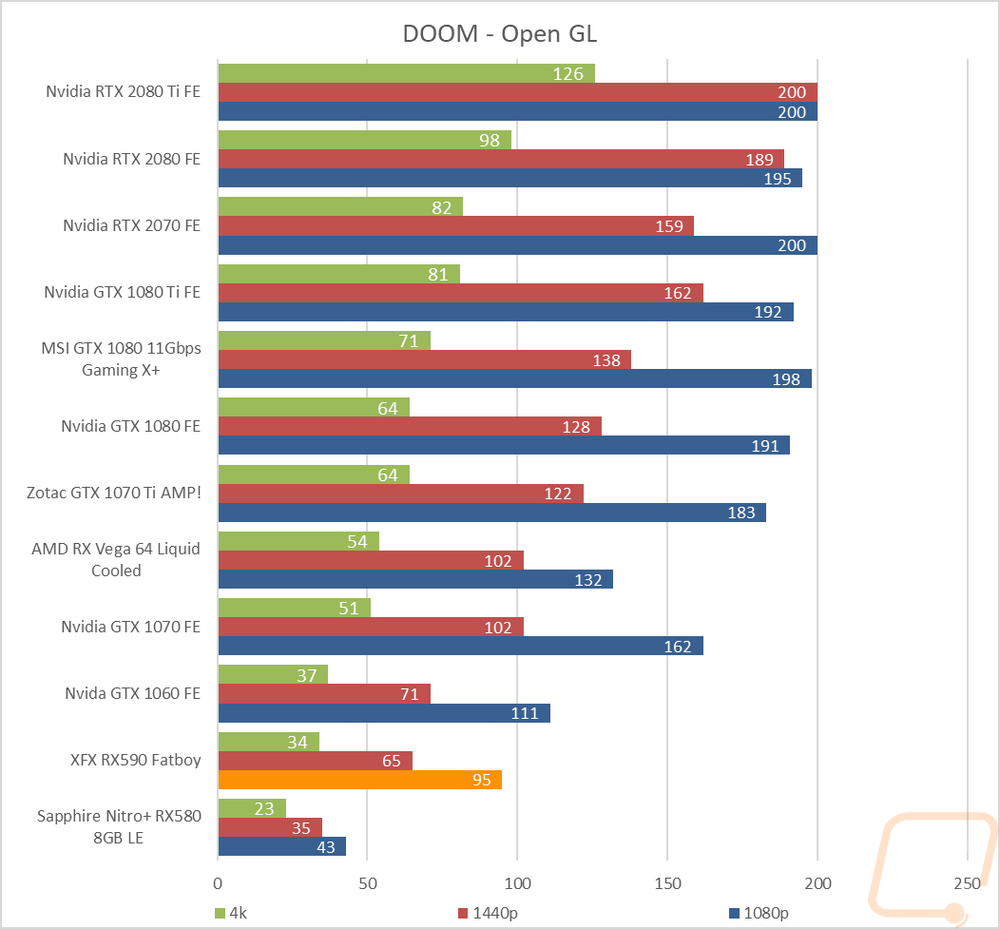 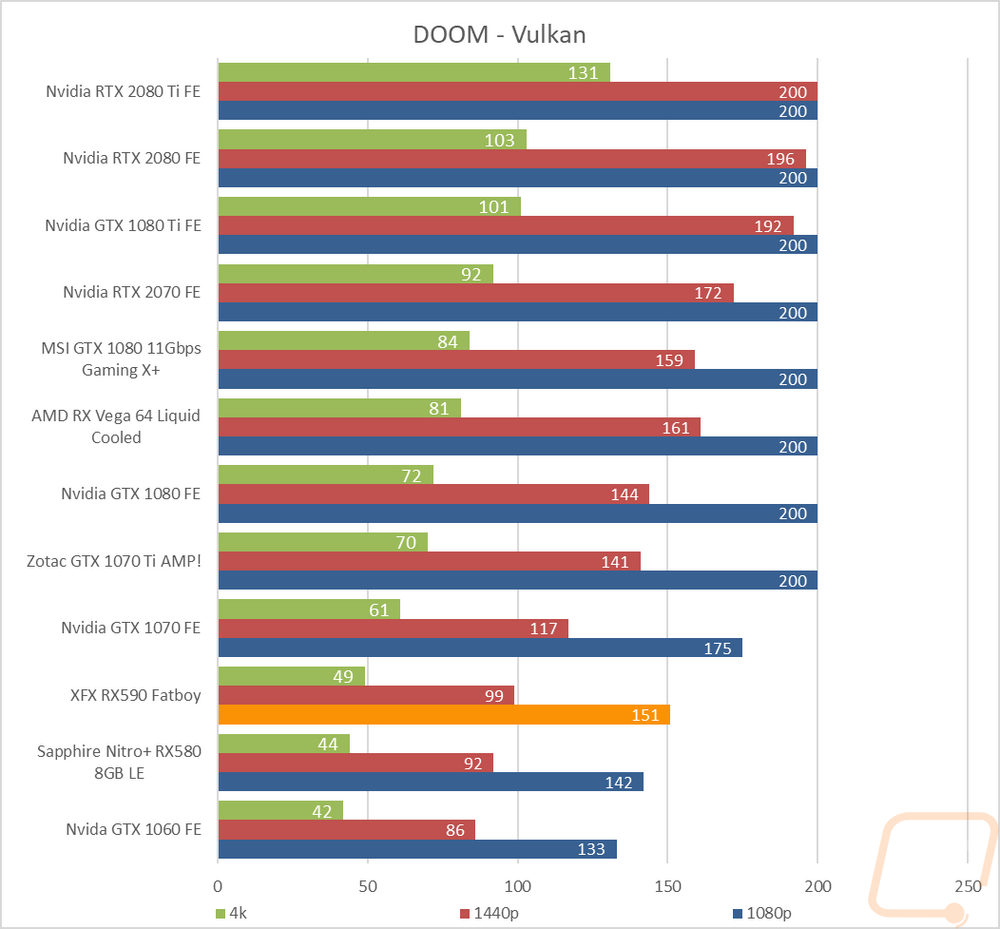 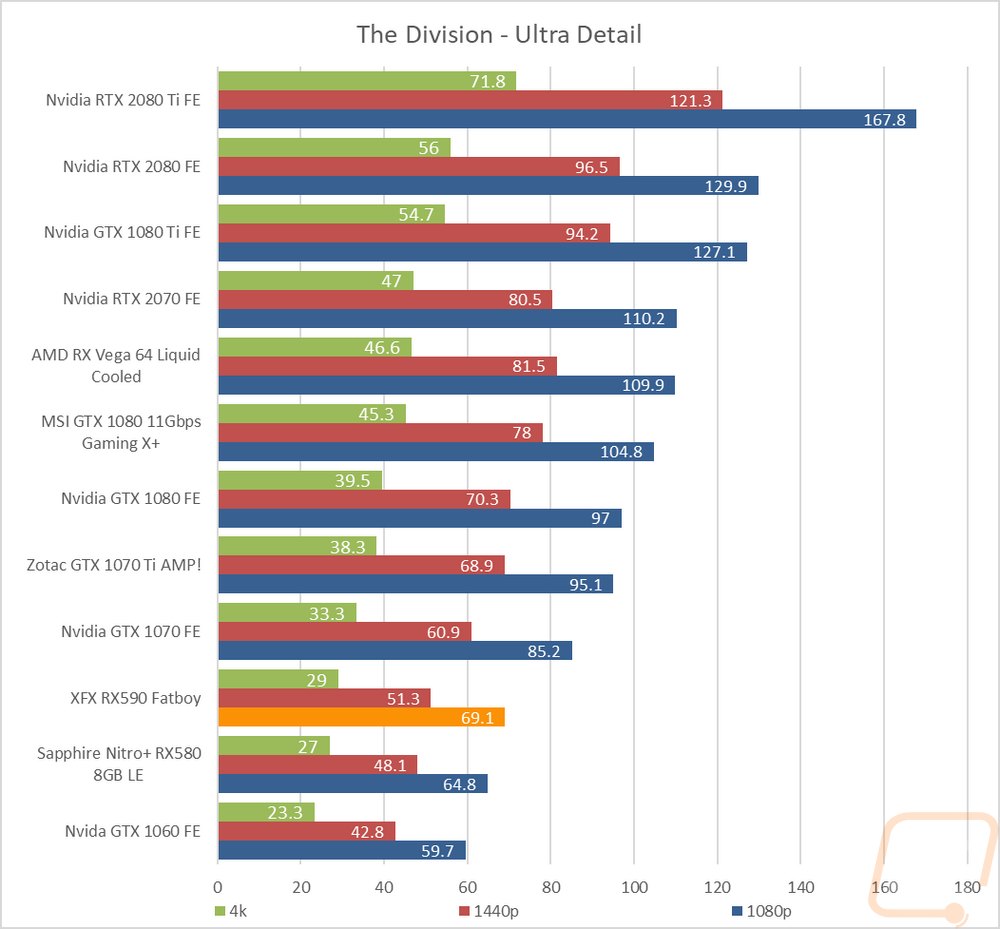