So how did the Nvidia GeForce RTX 3080 perform? Well frankly for all of the RTX 3080 I have been focused on 4k. But breaking things down by resolution lets us also just double check 1080p and 1440p performance as well. So at 1080p, 13 of the 16 results came in over 120 with just three under that in the 60-119 FPS range. 1440p wasn’t far off from that as well with 11 over 120 and 5 in the 60-119 range. Both not having any results that wouldn’t be considered silky smooth. This is surprising because even past high-end cards have had one or two results that were a little low given that I am testing all of the games at their highest possible settings. Then we finally get into the card killer, 4k, and those 120+ FPS results are nearly gone, but with 13 over 60 FPS and just two that came in under this is a very solid 4K card.

Taking a closer look at the results, the most obvious thing is that the RTX 3080 is at the top of the charts in every single one of our tests, especially in the 4K results which I was focusing on. Like in the synthetic testing, the gap between it and even the next fastest is huge as well. Like in Borderlands the 2080 Ti pulled 48.4 FPS on ultra detail but the 3080 did 67.82. It’s especially interesting to look through and compare the 1080 Ti, 2080 SUPER, 2080 Ti, and the 3080. The 2080 SUPER and the 1080 Ti are basically on par in a lot of the games and the 2080 Ti does stand out from them but the gap between the 2080 Ti and the 1080 Ti is small compared to the 2080 Ti and the 3080. Of the games that didn’t reach 60 FPS at 4K, Total War: Three Kingdoms at ultra detail wasn’t a surprise as it is extremely demanding. Ghost Recon: Wildlands also didn’t make the cut but was a lot closer to 60. Beyond that most of the 60-119, range results were on the higher side at around 90 FPS which leaves a little more room for margin. 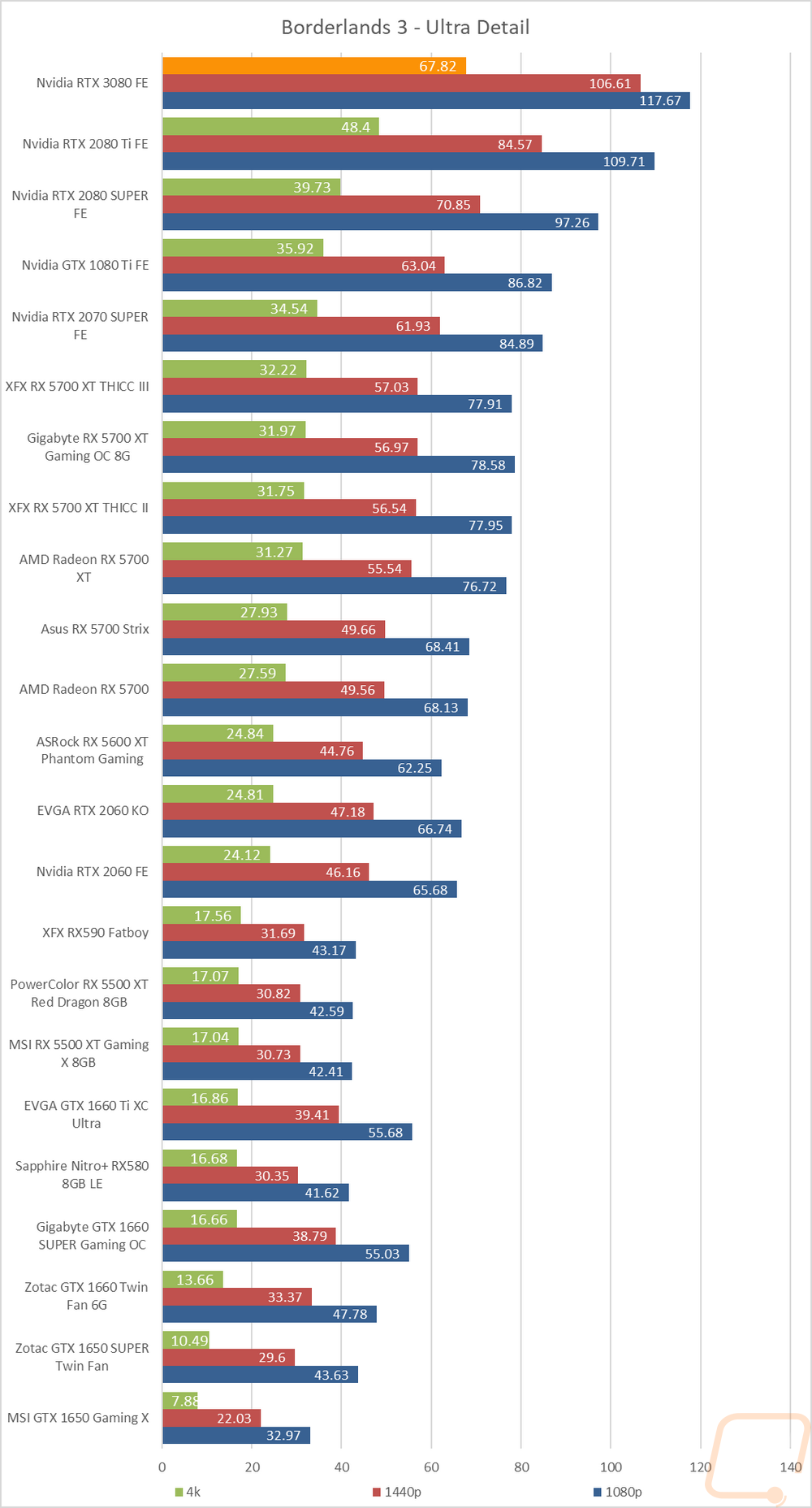 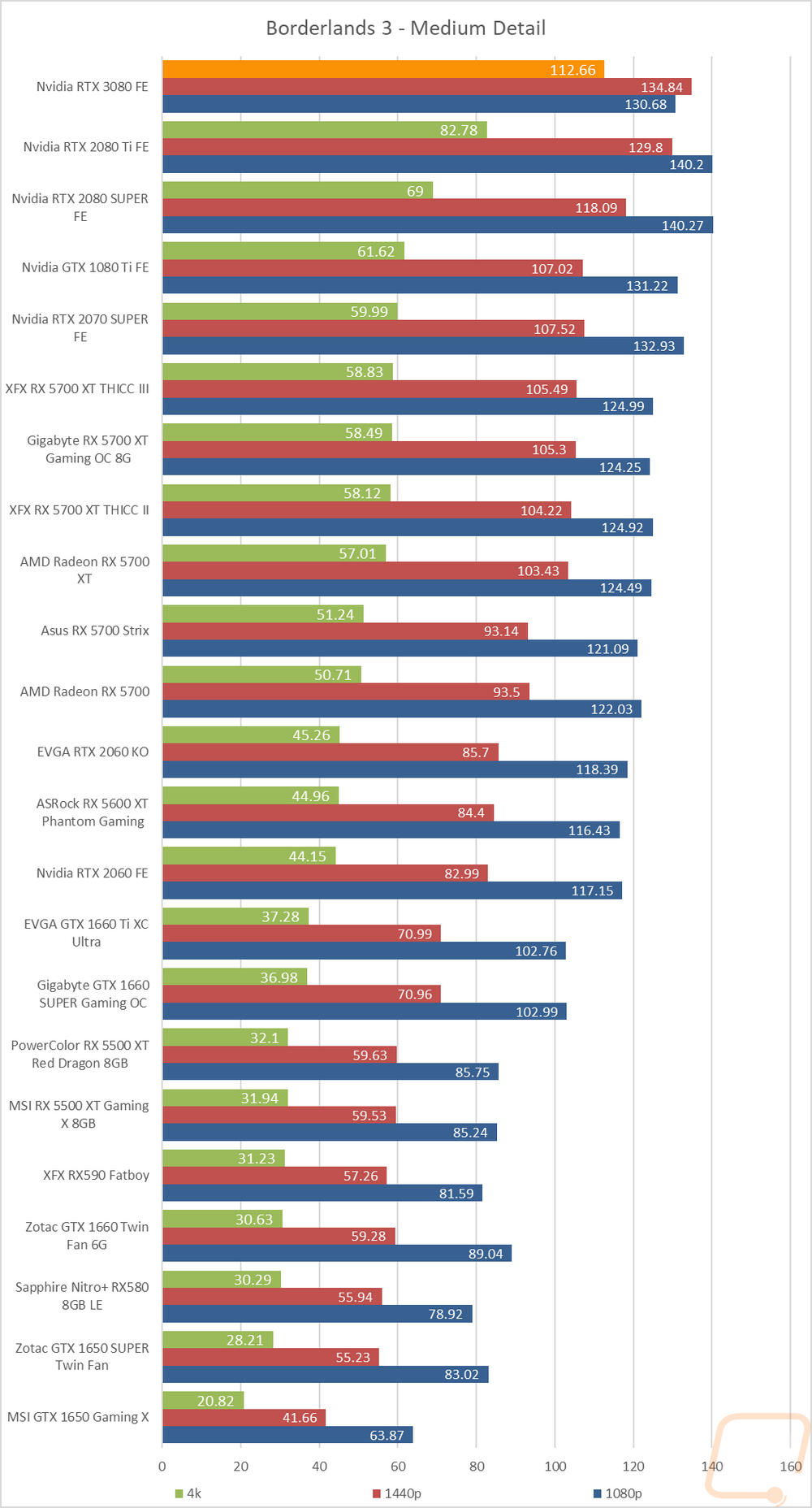 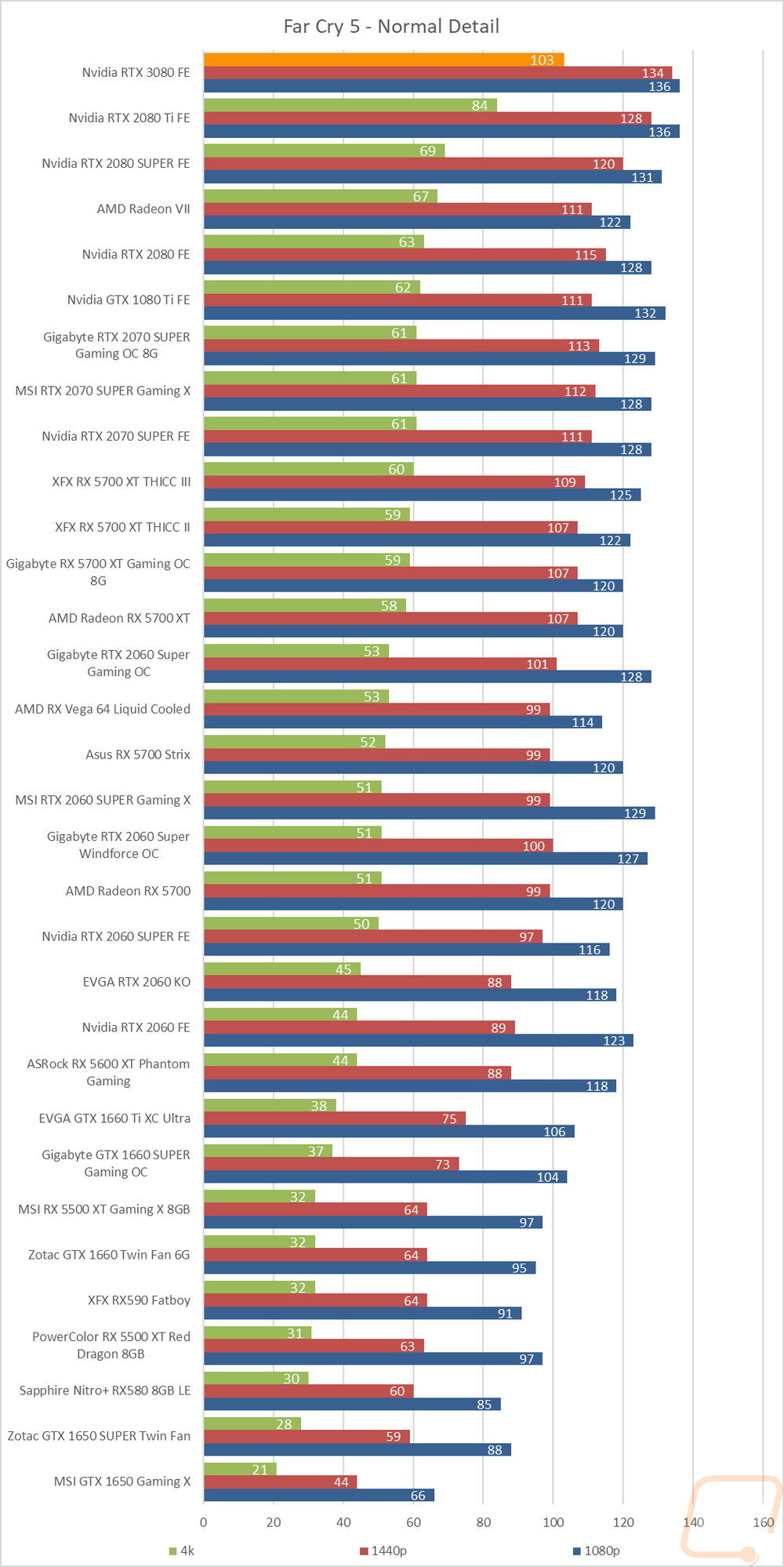 We have 750 guests and one member online