On first glance, the box for Nvidia s Founders Edition RTX 3080 looks basically like all of their past cards, only with new outside artwork like they did with the 2000 series. But as you will see in a minute the box design is completely different as far as how it opens up. As for the art, they kept things very simple with a small Nvidia logo and then the GeForce RTX 3080 in the top left corner. Then the rest of the front just has silver stripes on it. They didn’t even include a green wrap-around with the model info on it like normal. Then around on the back, you have a white sticker with the bar codes for the UPC and even serial numbers. There is a basic specification listing that mostly just covers how much space you need to use the card, the power needed, and what version of windows. They also list out what you will find inside. The rest is just the 3-year warranty and support info being repeated across 11 different languages. 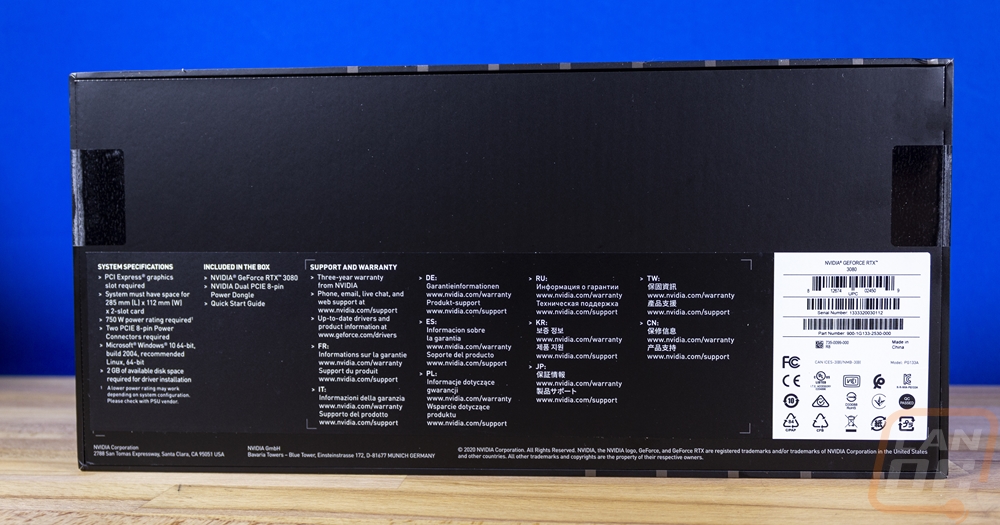 So past boxes have the top of the box slide up and off but this time around you have to lay it down flat then pull the top off. Inside they have the same foam tray that holds everything in place and keeps it safe as well as foam in the lid as well. But it's not sitting vertically like normal. They have the card laying flat, in fact, if you look you can see the PCI bracket is flipped, this is the video of the top of the card when it is installed in a traditional case. There is a note, which was on past boxes as well, “Inspired by Gamers, Built by Nvidia”. I love that there isn’t a static protective bag and when you open things up you get that wow factor being able to see the card. The box is also extremely thick, along with the padding which I think is a lot more protective than some of the aftermarket cards. 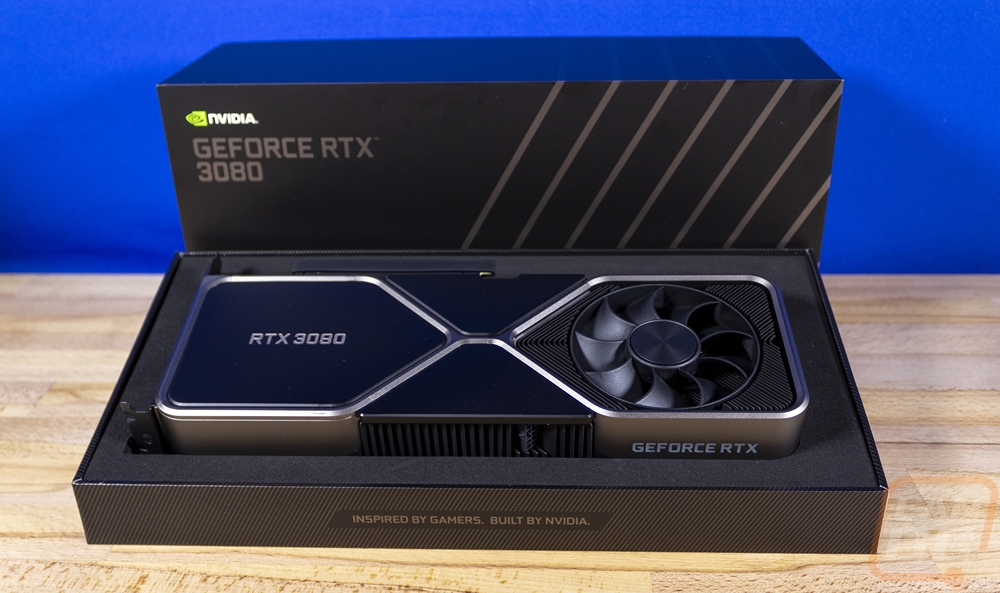 Once you pull the card out, up under it in the foam is a box tucked away in its own hidden cutout. The top has a pull tab to open it and two symbols that show that there is an adapter cable and documents inside. Which is what you find when you pull the top open. The new adapter cable which I will talk about in a second has its spot on the left and then a support guide, quick start guide, and a warning to only use the included 8-pin power dongle. That one caught my eye because they even warn that not using it could potentially void your warranty. I have a feeling that one is going to be an issue in the future given everyone’s initial response to the adapter was already talking about replacing it as quickly as they can. 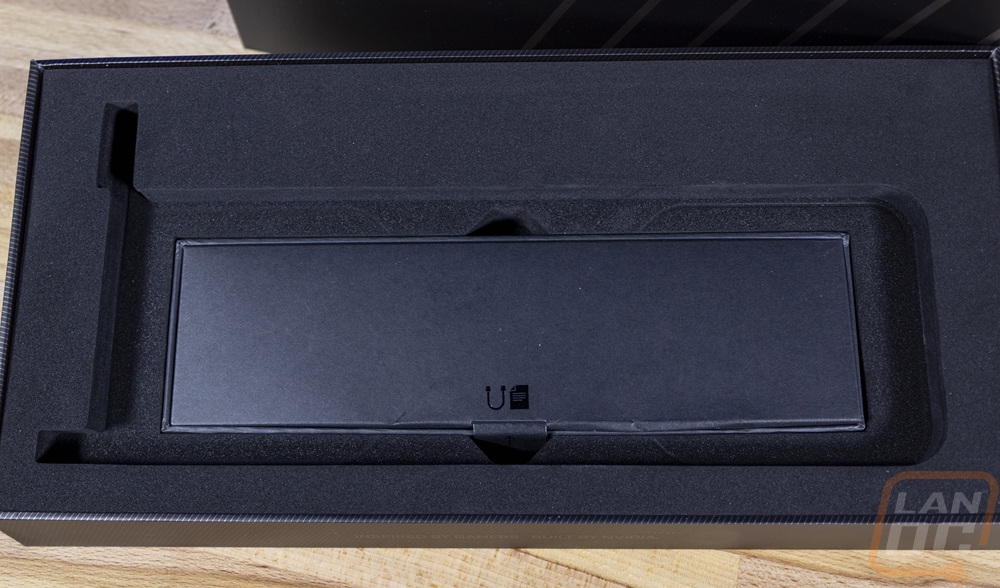 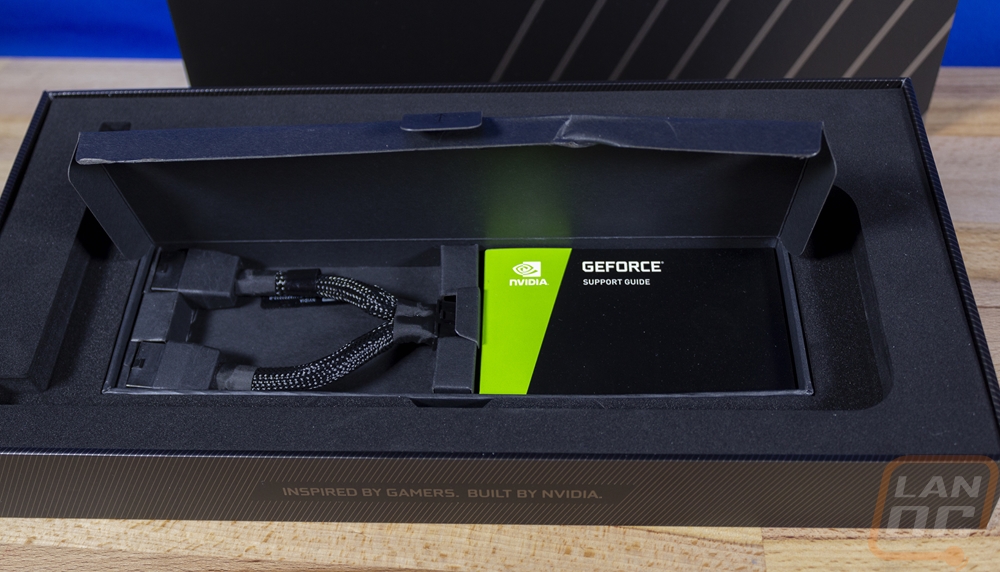 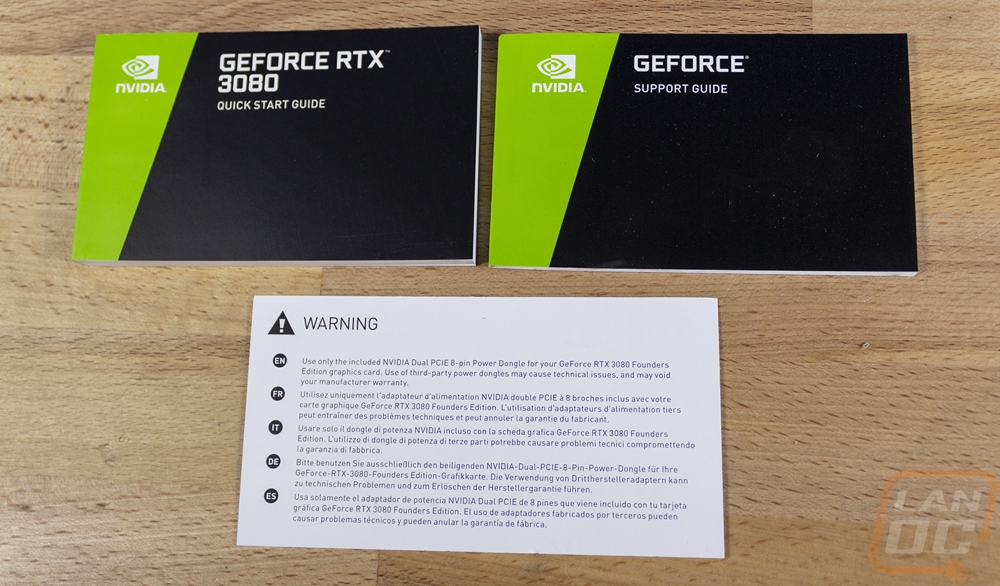 So here is the infamous power adapter and it has been a long time since the last time I have seen a power adapter be important. The last few generations of cards have even stopped including those sometimes dangerous Molex to PCI power adapters that started early on when most PSUs didn’t have the PCI connector. What's the story with this one? Well, Nvidia has switched to a new plug. This is a 12 pin connection. They have the old 8-pins running doubled up to power this new one because it does support more power. Or at least it will once we start to see the cable coming directly from the power supply because it uses a thicker gauge wire. It also saves space by being smaller. The older PCIe plug has big gaps between connections where this one is tighter. In fact in the pictures below you can see the new plug takes up the same space as the old 8-pin. This is important because we have been seeing high-end cards now using three 8-pin connections at times, so combining things into one connection is great. 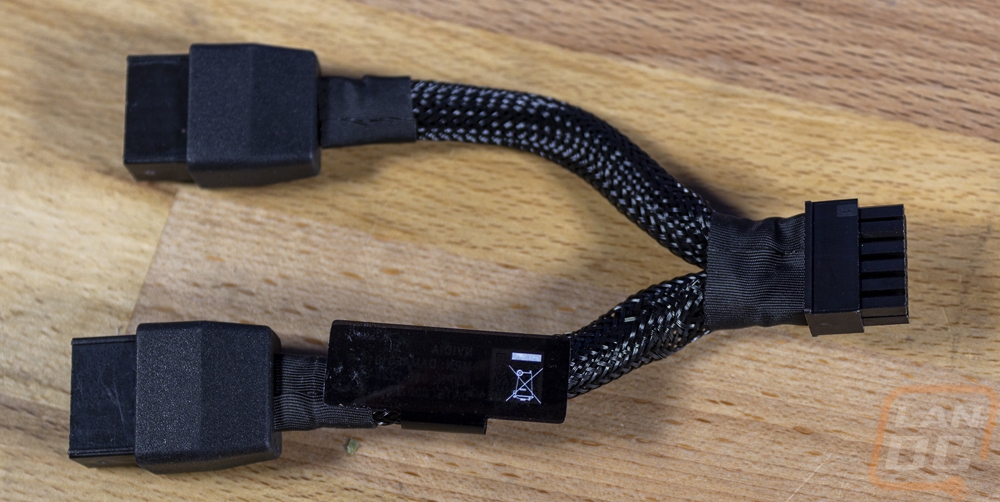 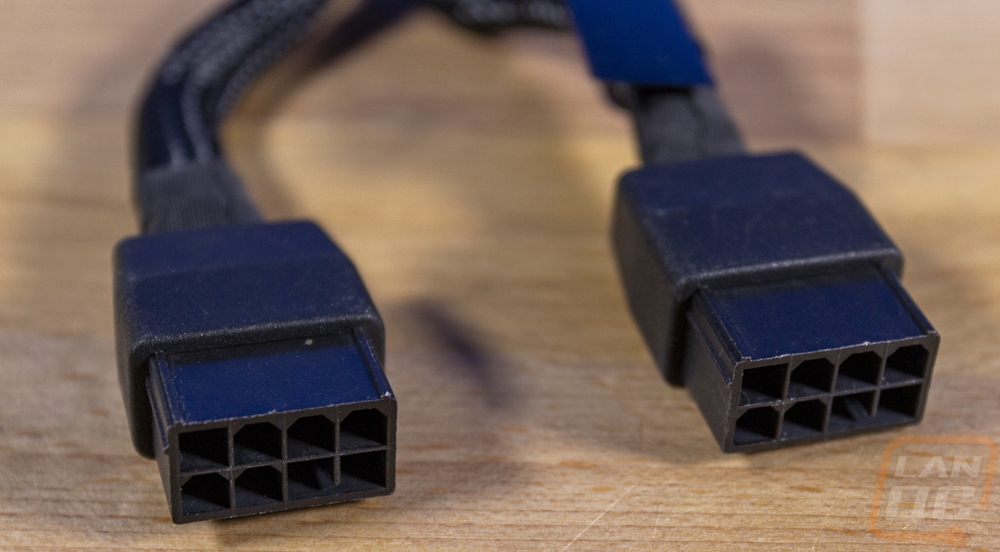 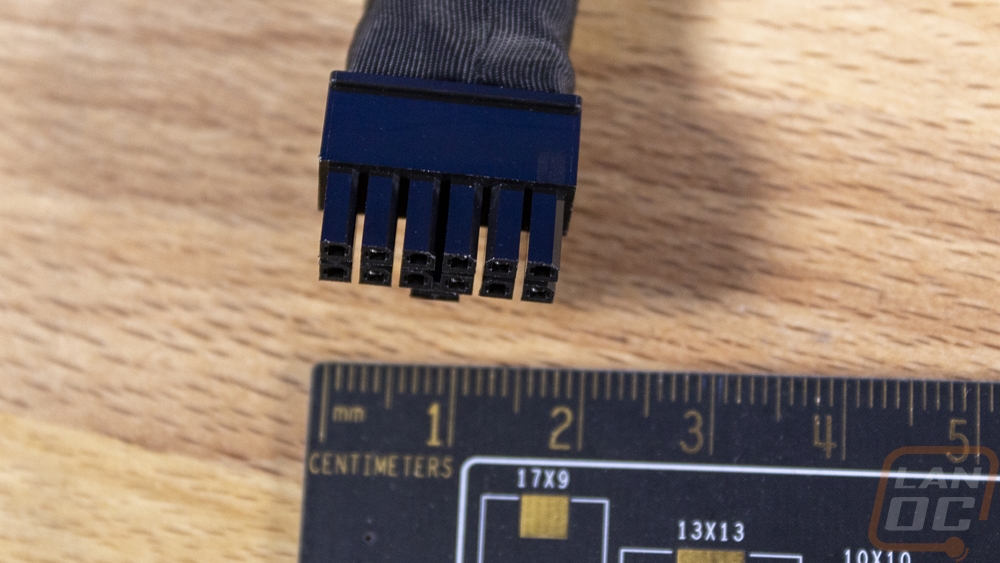 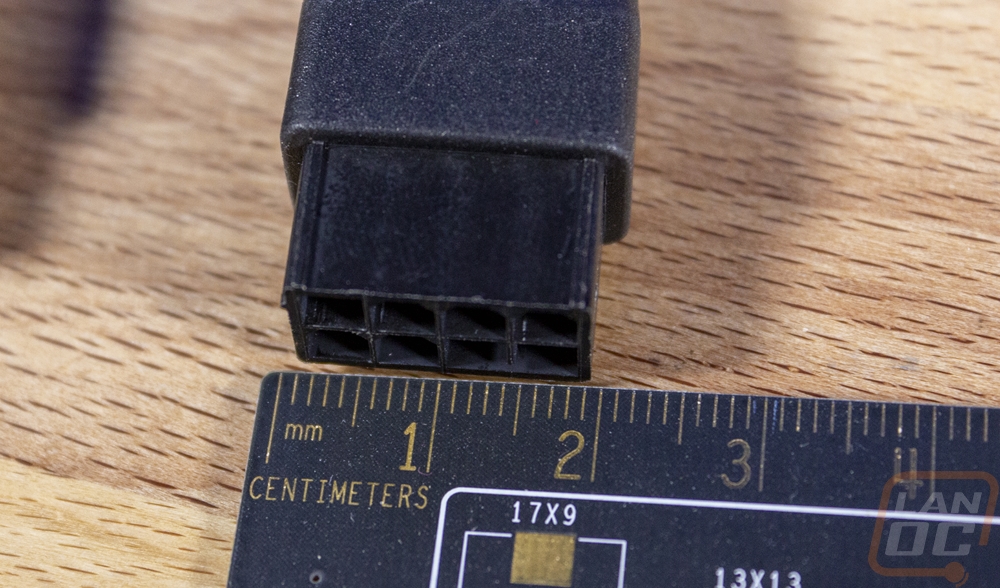