Now some people don’t need a video card for gaming, they need the processing power for rendering or 2D/3D production, or in some cases people who game also do work on the side. So it is also important to check out the compute performance on all of the video cards that come in. That includes doing a few different tests. My first test was a simple GPU Compute benchmark using Passmark’s Performance Test 9 and the RTX 3080 is surprise surprise at the top of the chart. The GTX 1080 Ti was still a great performer here and came in second but the 3000 point gap between the 2080 Ti and the 3080 here is a big step up and might even have coin miners taking notice. 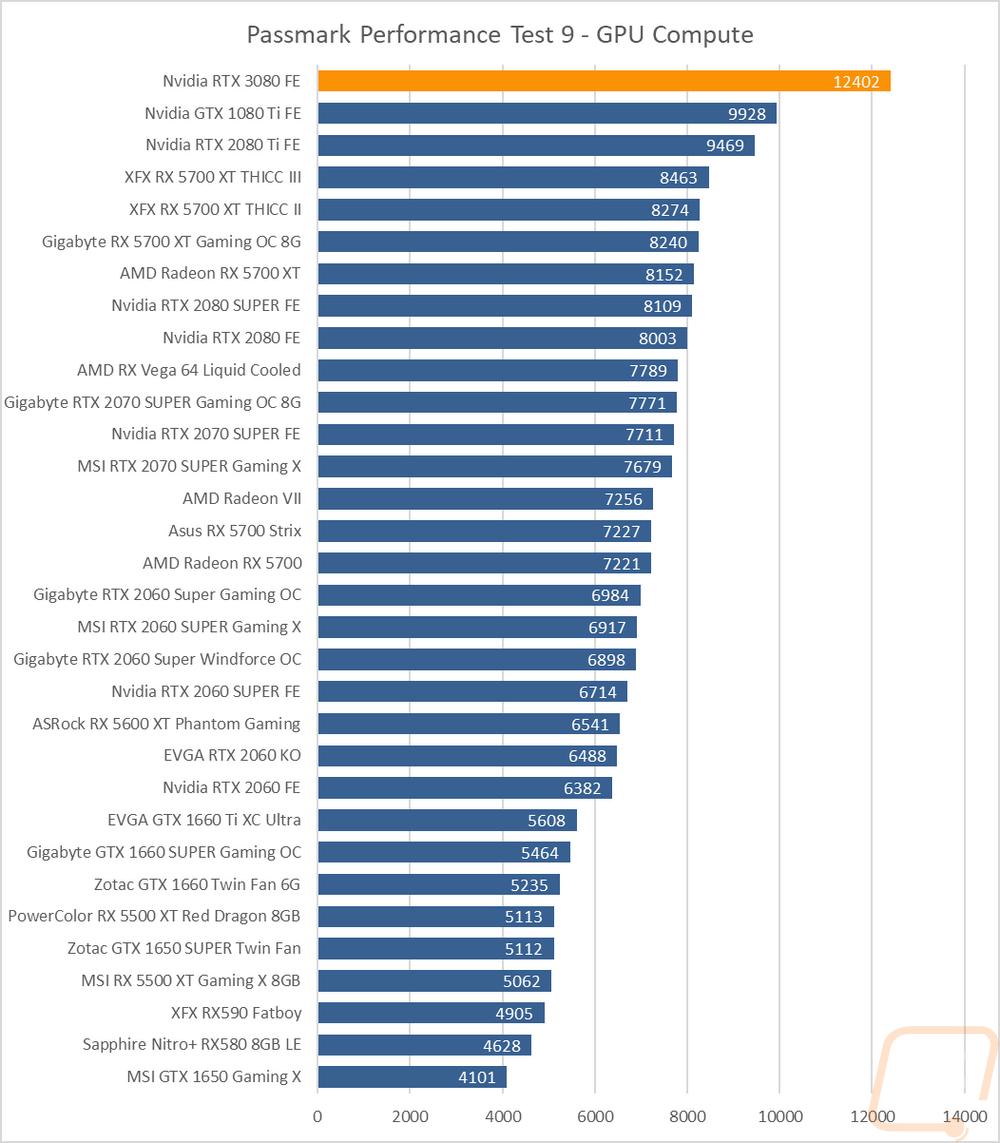 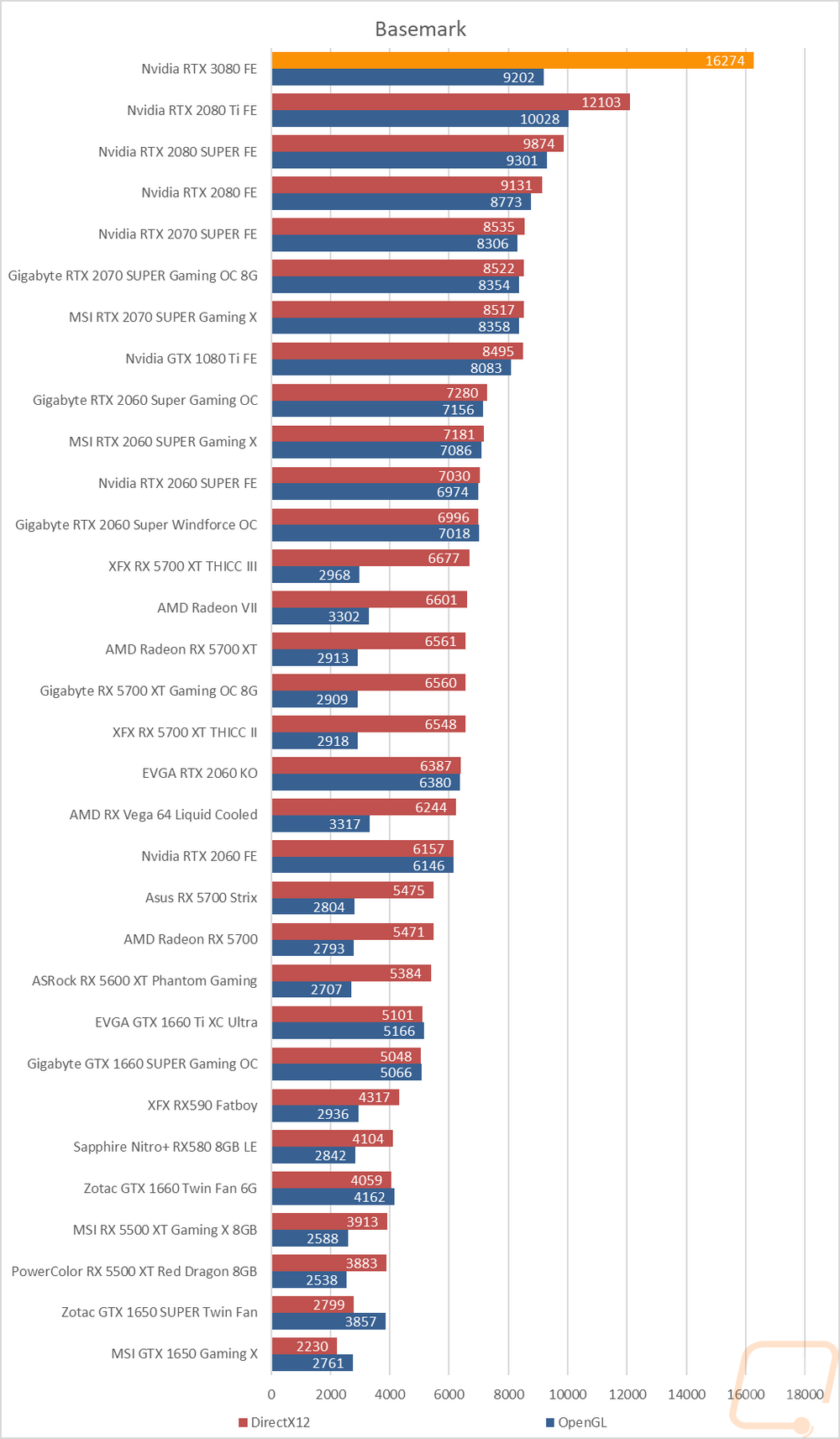 For Geekbench 5 I took a look at Vulkan and OpenCL and both are impressive though with Vulkan the 1080 Ti was still faster. But in OpenCL nothing came close, in fact, the 3080 was over twice as fast as everything else. 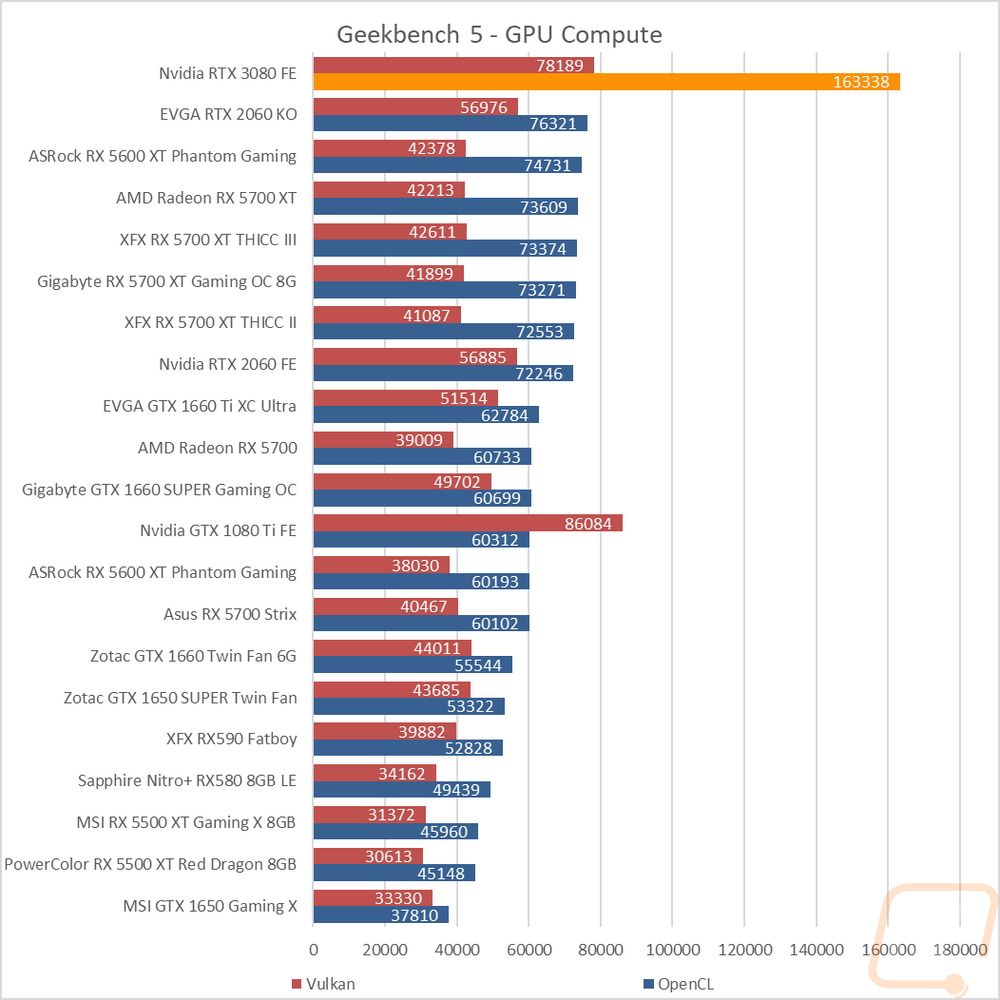 Then for my favorite compute test Blender I ran a few tests. Comparing with our past results, the 3080 was nearly twice as fast as the RTX 2080 Ti which is crazy. But I wanted to also check out the addition of Optix rendering which uses Nvidia’s ray tracing engine and API to render things. I tested this with the RTX 3080, RTX 2080 Ti, RTX 2080 SUPER, RTX 2070 SUPER, and I have the GTX 1080 Ti for reference as well. The 1080 Ti was slower than the 2070 SUPER in the CUDA test and when rendering using ray tracing it still performed okay but the result was a little slower. All of the RTX cards on the other hand saw a big-time improvement using Optix which is awesome in itself and a great way to leverage those ray-tracing cores even if you don’t plan on gaming. But even using CUDA the RTX 3080 was fast at 101 seconds which was faster than the 2080 Ti even with Optix. The 3080 using Optix then nearly cut that in half at 54 seconds. 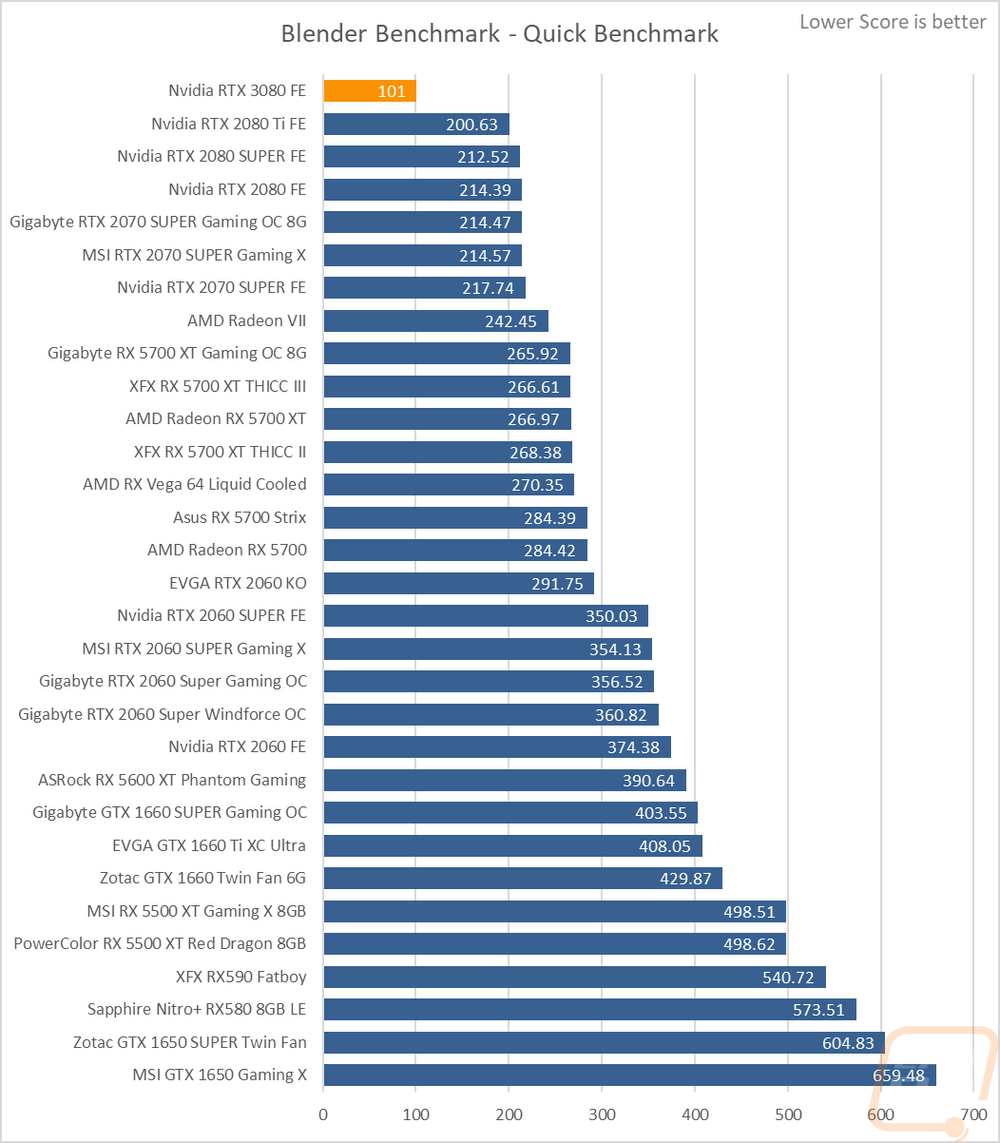 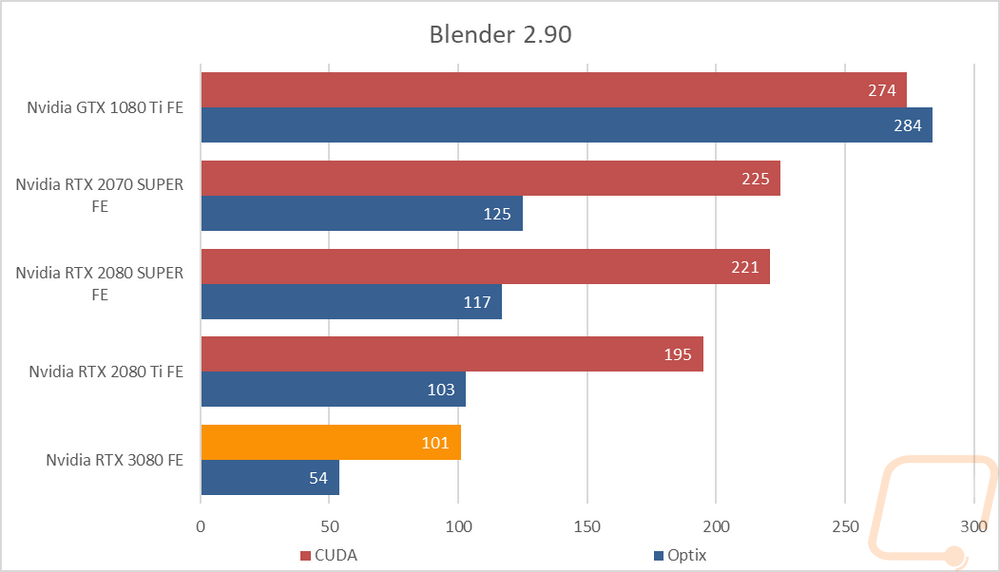