My first test was again in Superposition. This time I tested the VR Maximum and VR Future tests using the Vive resolution. Like in the other Superposition test I tested at an extreme detail which this time is the VR Future test and a more reasonable detail which is the VR Maximum test. Here I was very surprised that the Founders Edition performed better than the KO given they were tested right after each other. Both still come in over the overclocked RX 5600 XT, including in the more demanding VR Future test. 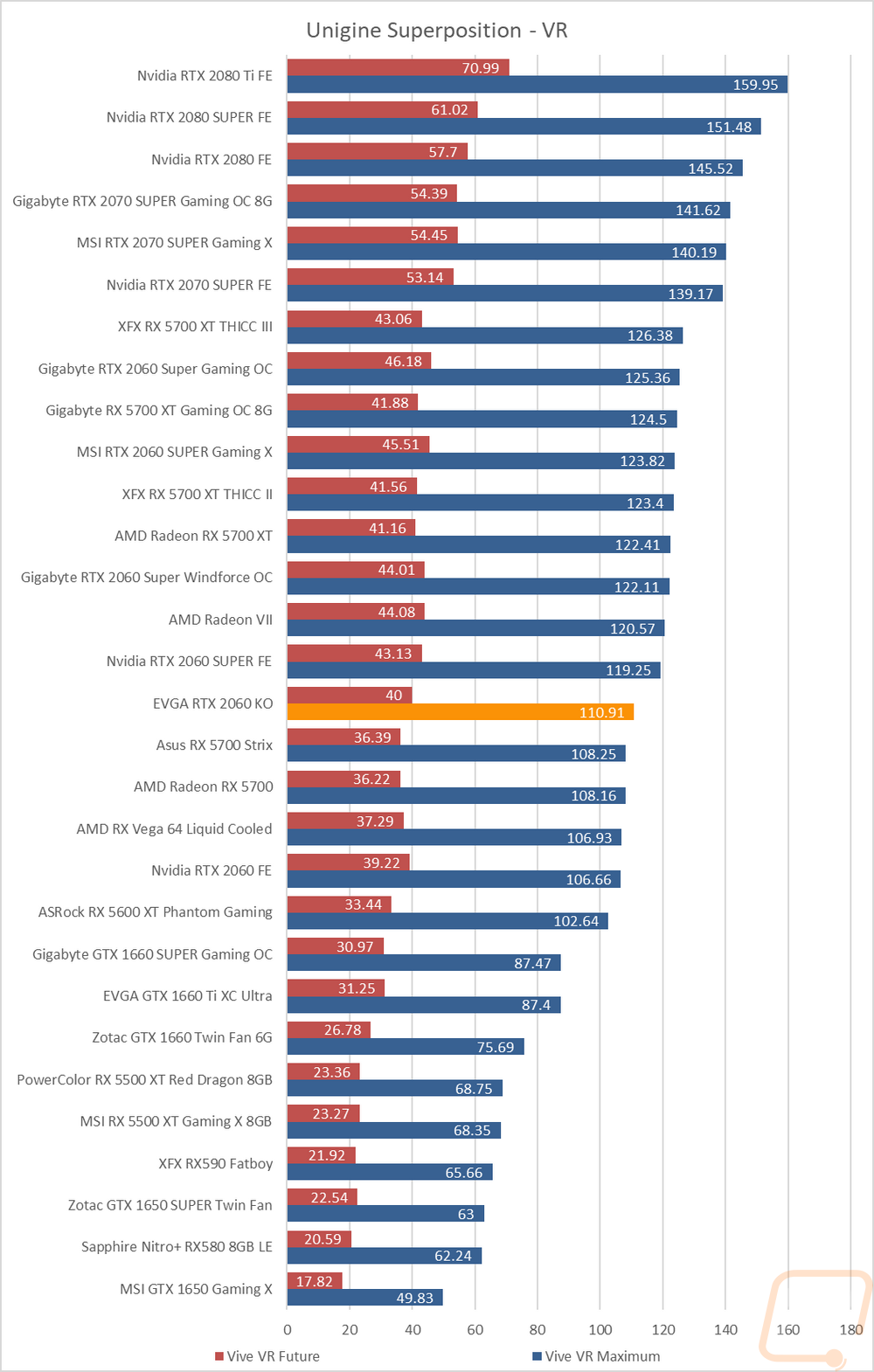 I also tested using VRMark which is from UL just like 3DMark. I tested using the blue room and the cyan room tests. The blue room test is future-looking and extremely demanding. All three cards “failed” this one, but even the 2080 TI doesn’t reach the target FPS on that test. That said in the blue room the 2060 KO is ahead of the Founders Edition by 1 FPS and both run out in front of the RX 5600 XT by 8+ FPS. Things are closer with the more realistic expectations in the cyan room test. Here they all surpass the FPS target and again the KO is ahead of the FE, by 3 FPS this time. The RX 5600 XT is closer, but still behind both again as well. 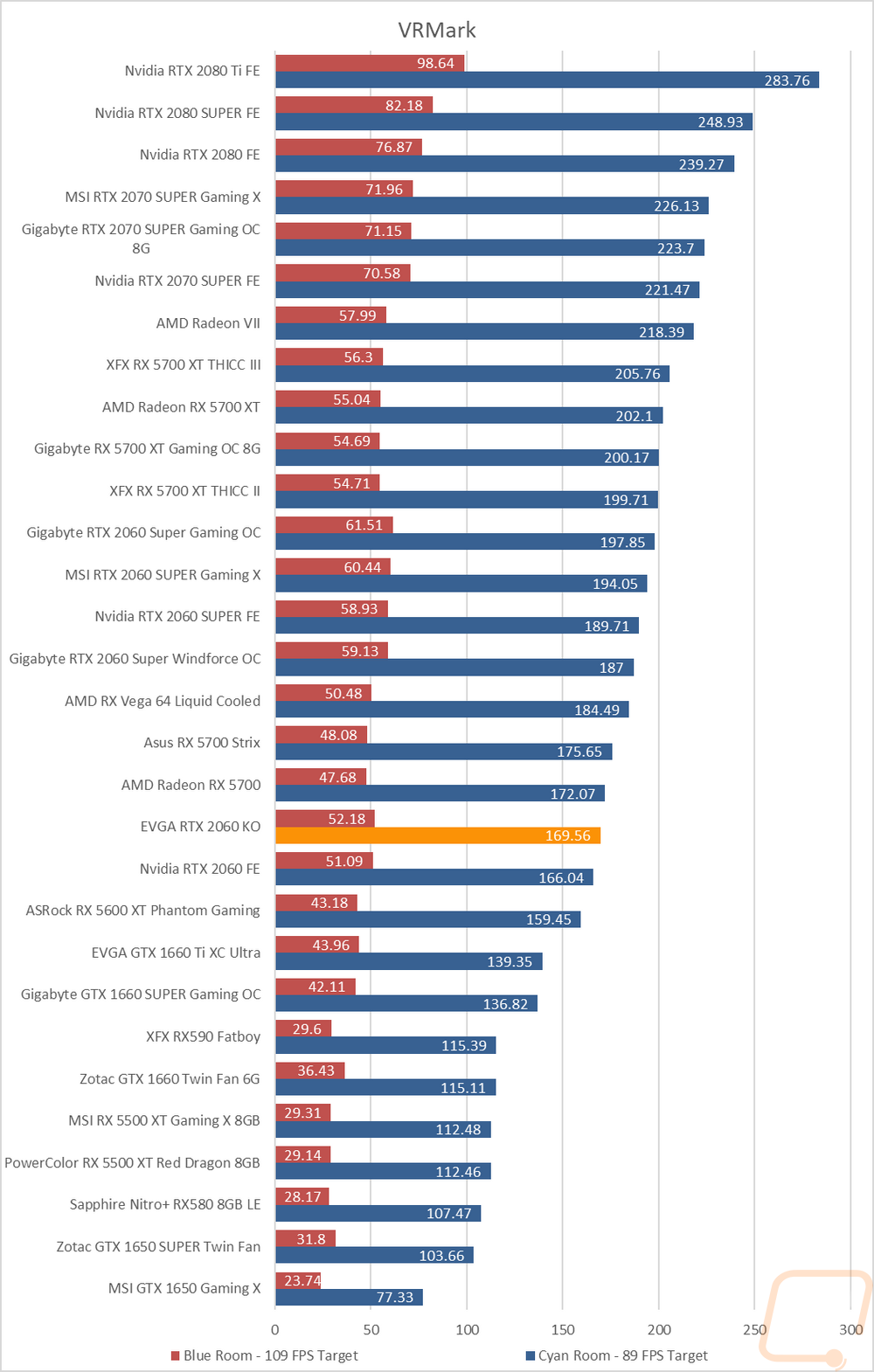