As always I also have all of the individual results to look at as well. For these, I wanted to look for those two results at 1080p that didn’t make the 60 FPS average cut. I also want to compare the 2060 KO with the overclocked RX 5600 XT that I reviewed last week and see how the KO compares to the RTX 2060 Founders Edition as well. So for the two results that didn’t reach 60 FPS at 1080p, one was in Metro Exodus at the ultra detail setting with a 53.2 FPS result. The RX 5600 XT came in 1 FPS higher here but the 2060 KO did still come in almost 2 FPS faster than the original Founders Edition, even with them running at the same FPS. The other sub 60 result was in Ghost Recon Wildlands with an average FPS of 58.32 which is extremely close to that 60 FPS cutoff. This was 1 FPS higher than the RX 5600 XT and 4! FPS higher than the 2060 Founders Edition.

To compare between the three cards, I took a look at two aspects. First I averaged out all of the 1080p results and as you can see above the EVGA RTX 2060 KO did really well. It came in two FPS higher than both the RTX 2060 Founders Edition which has the same clock speed as the KO and 2 FPS higher than the overclocked RX 5600 XT from ASRock. The other aspect I wanted to compare is which cards had more test results with a higher FPS than the others. An average of all of the results can sometimes swing things when you have a low or a high result. So when I took a look at the numbers I found that for one the RTX 2060 Founders Edition didn’t win any of the results. As for the overclocked RX 5600 XT and the 2060 KO the KO had 10 results faster than the 5600 XT and it tied on one. The 5600 XT was ahead in 5 and had the tie as well. Which did match the average FPS results above. 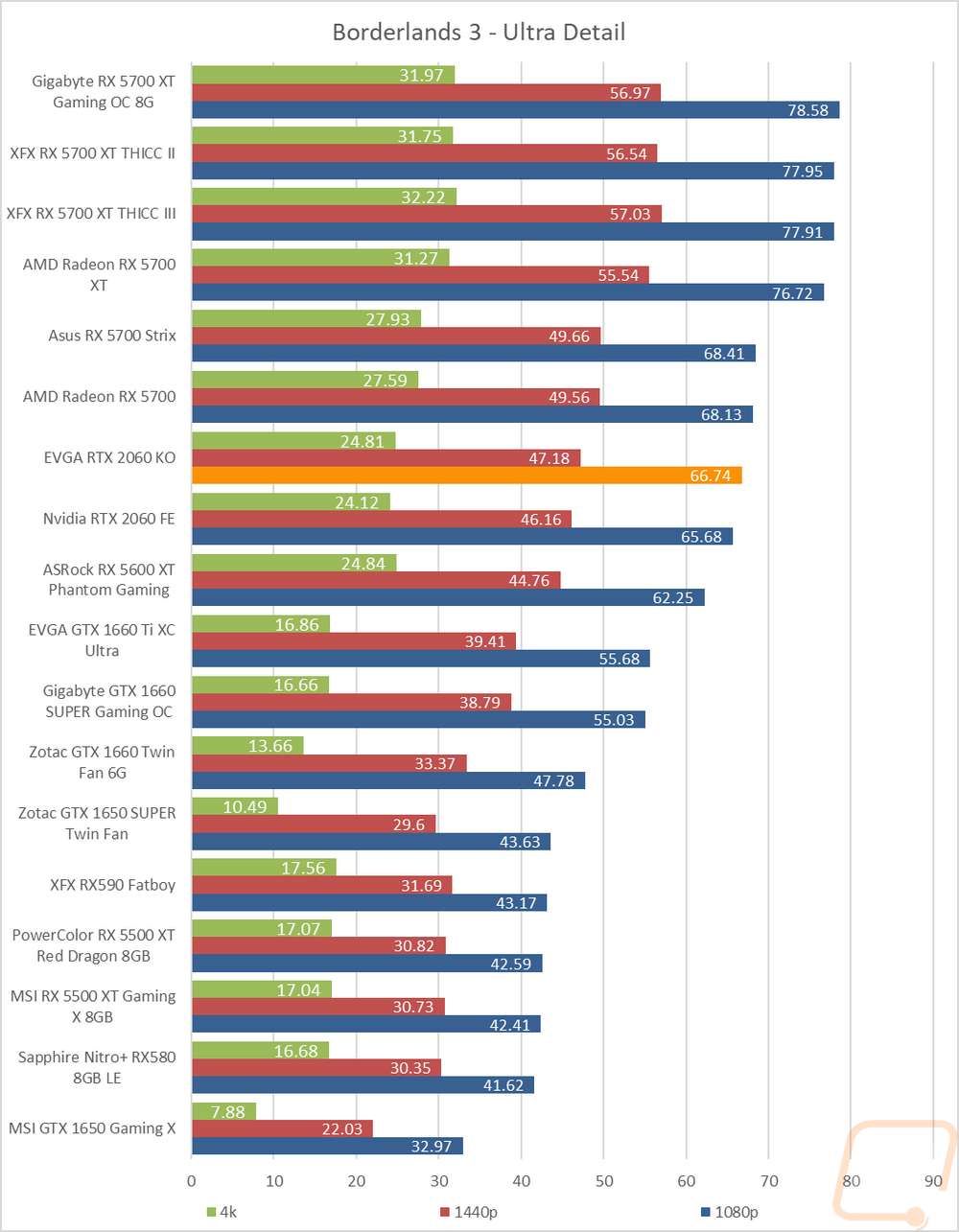 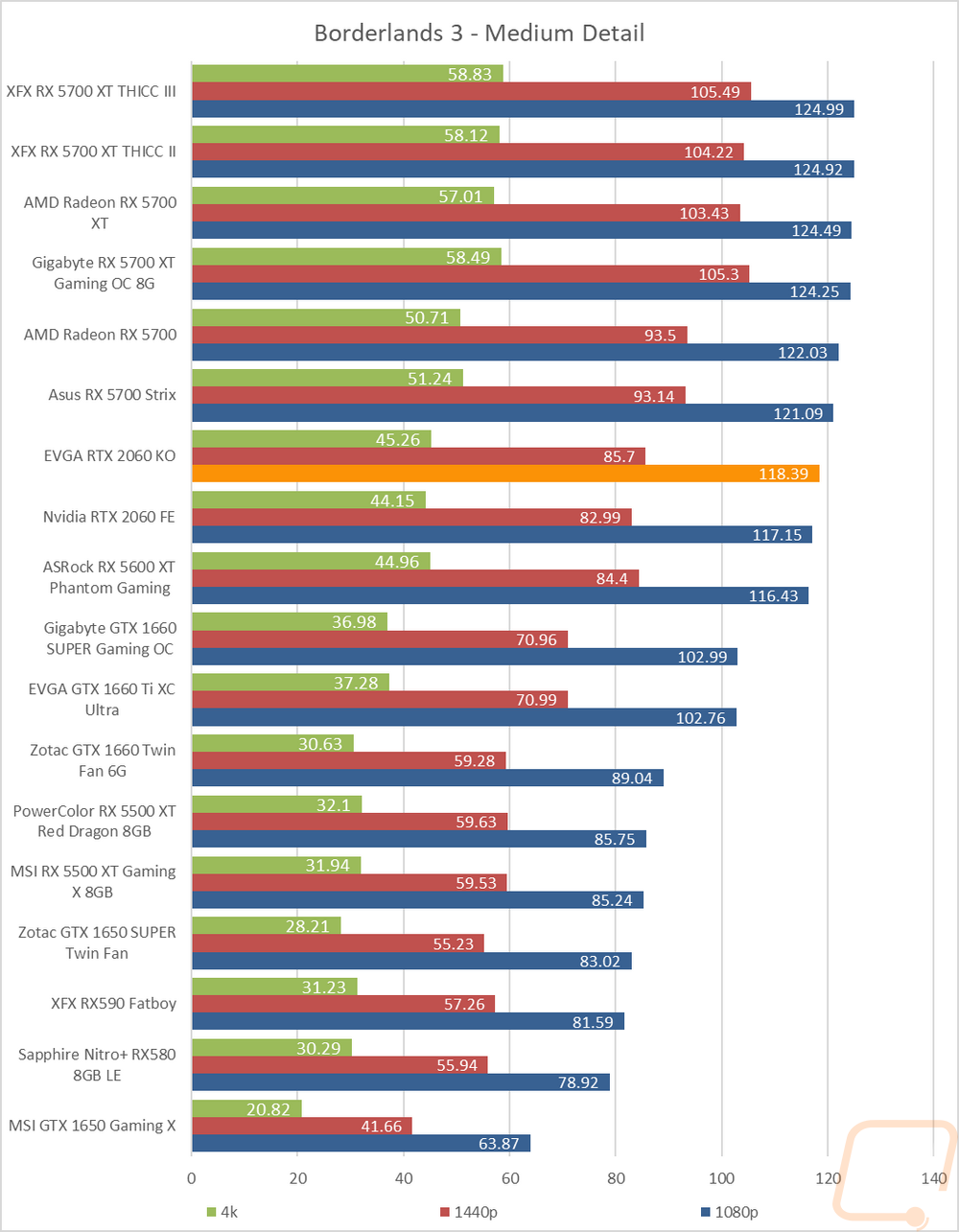 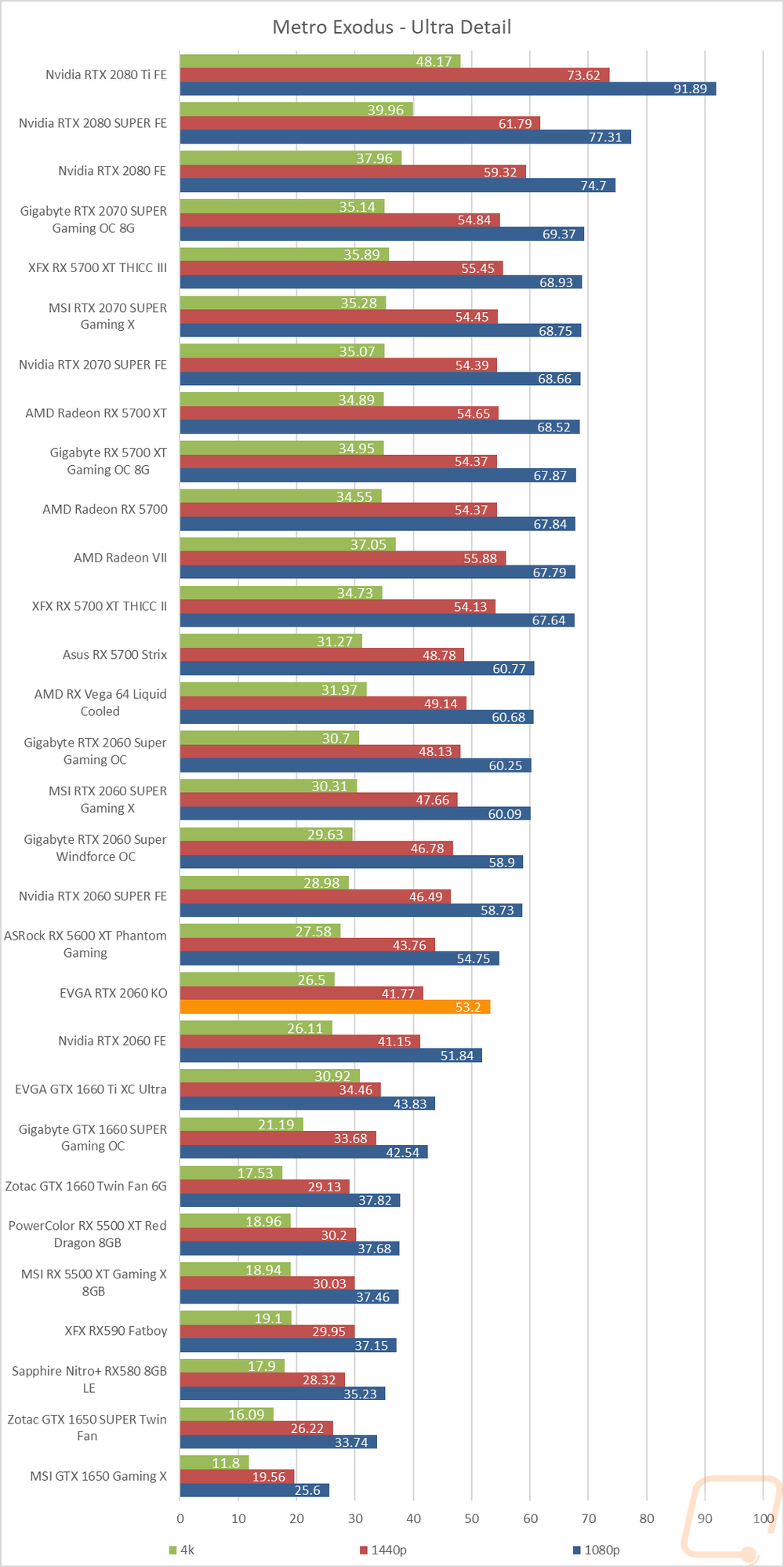 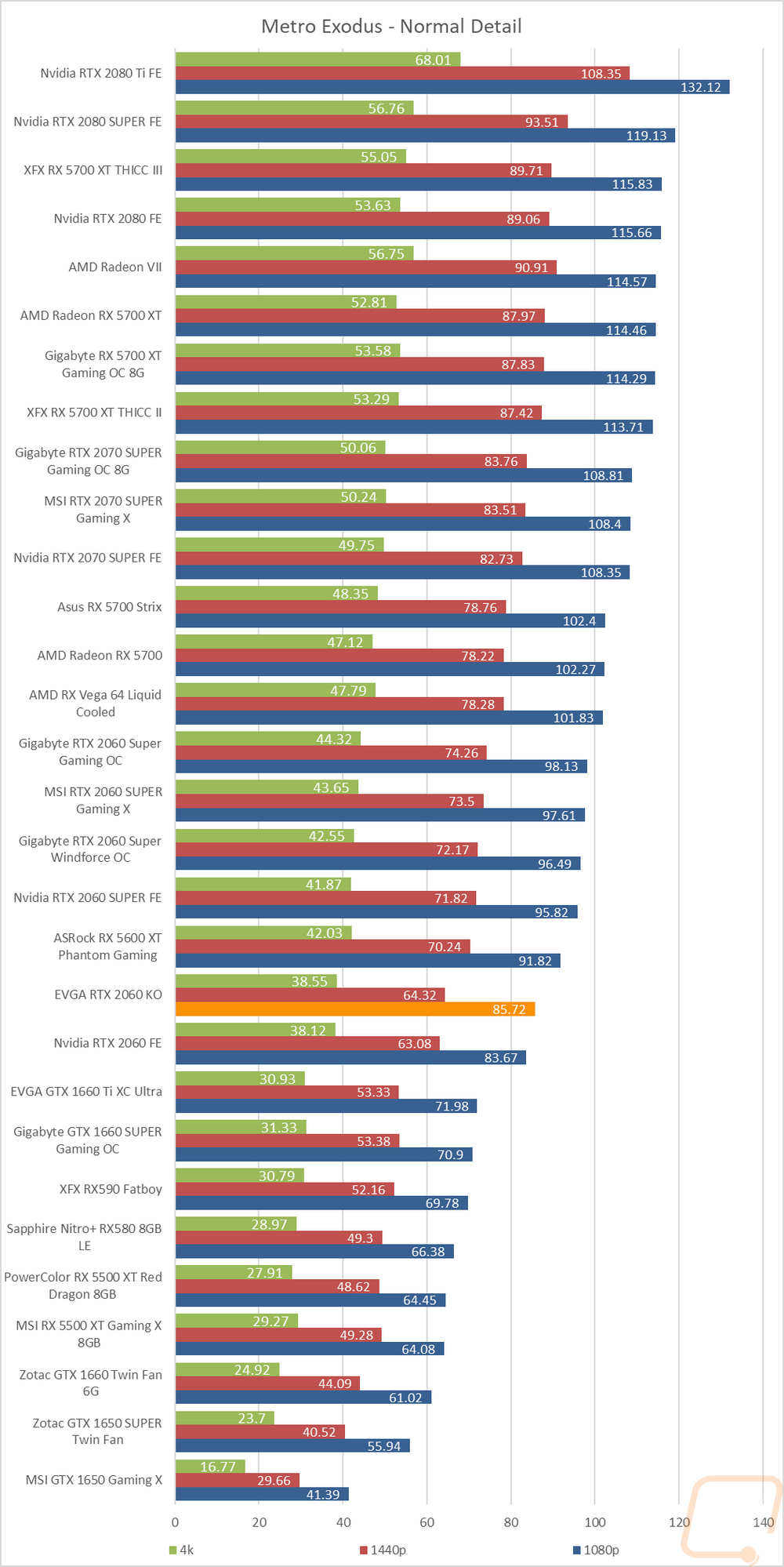 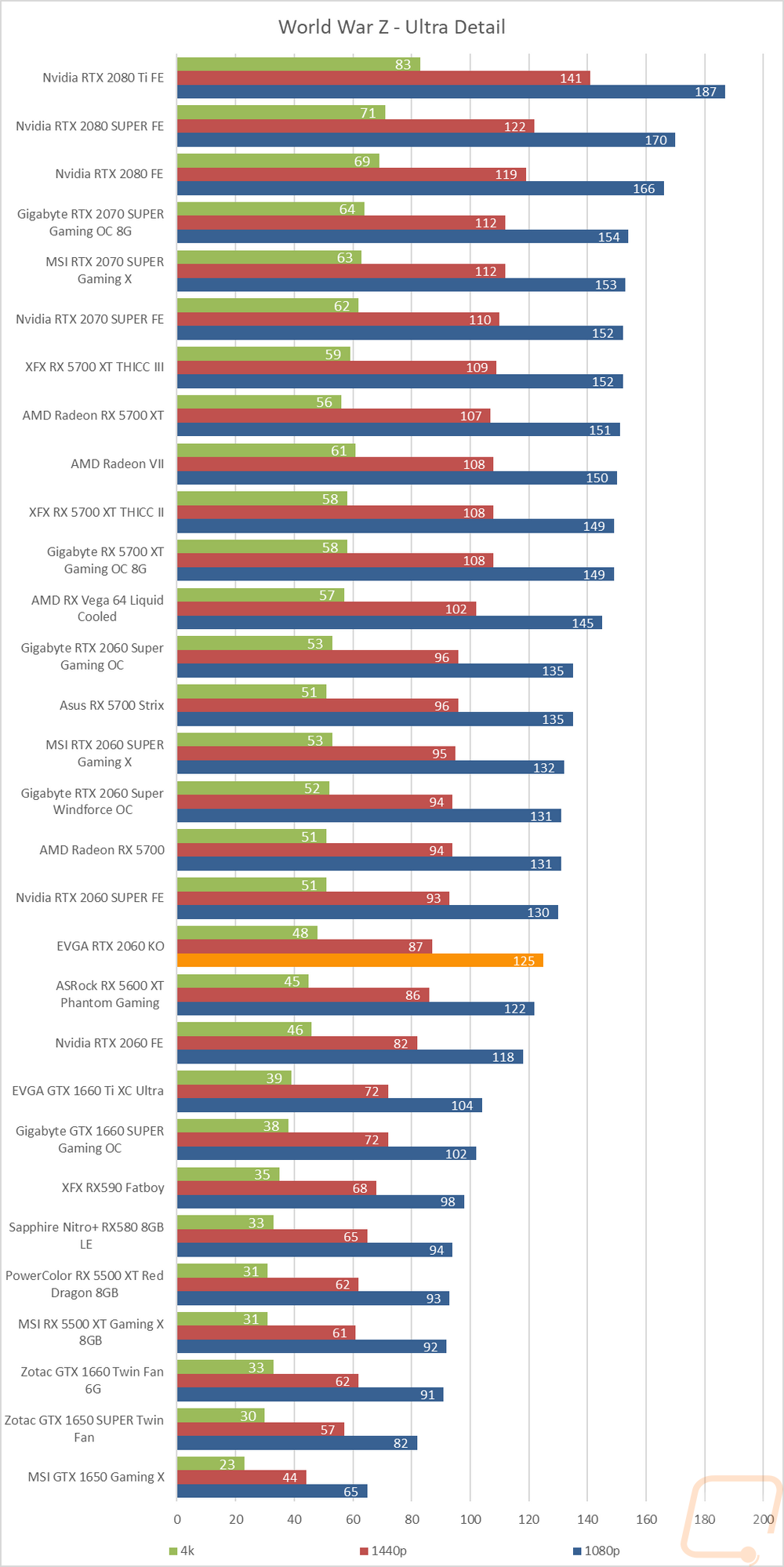 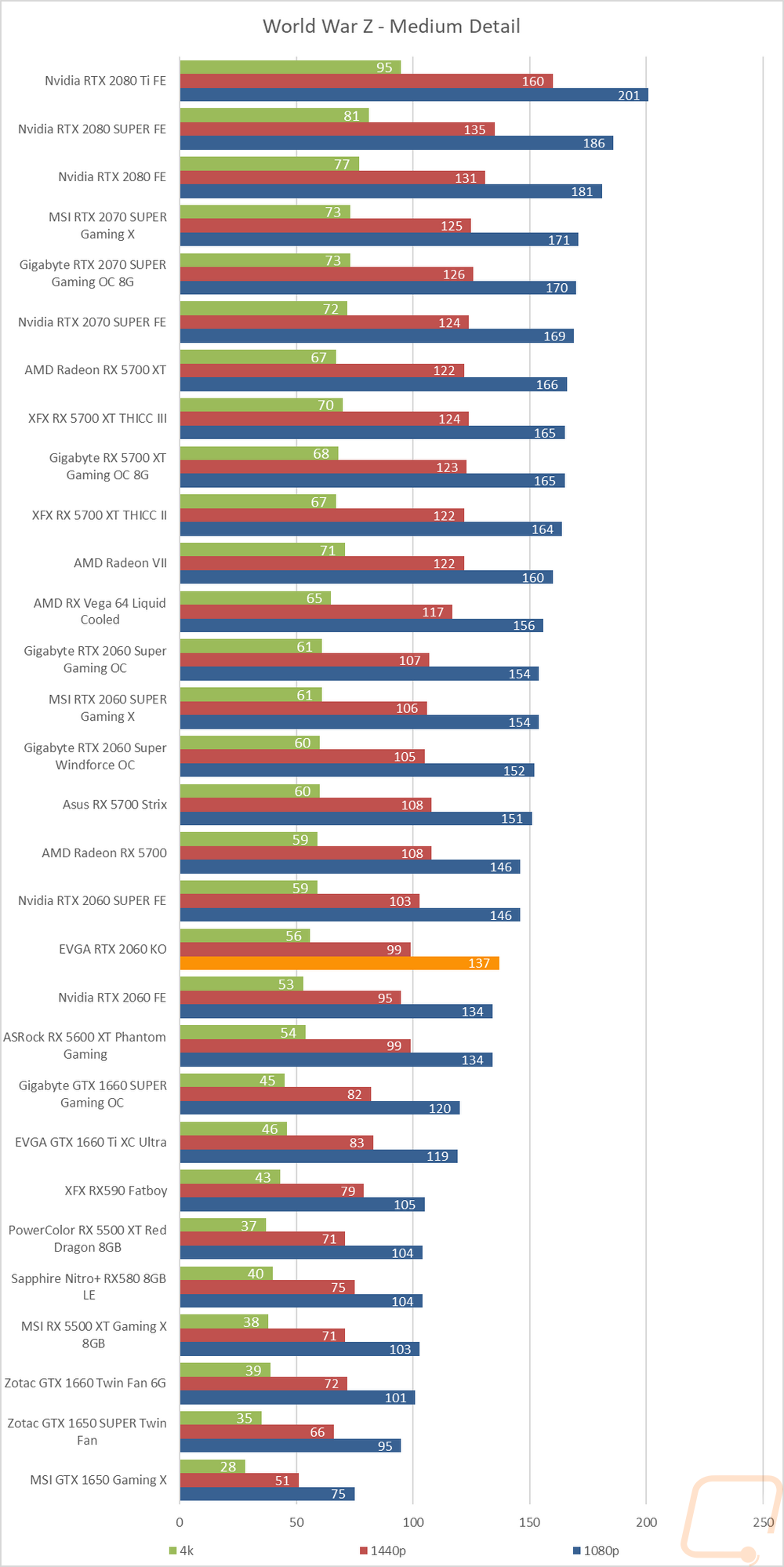 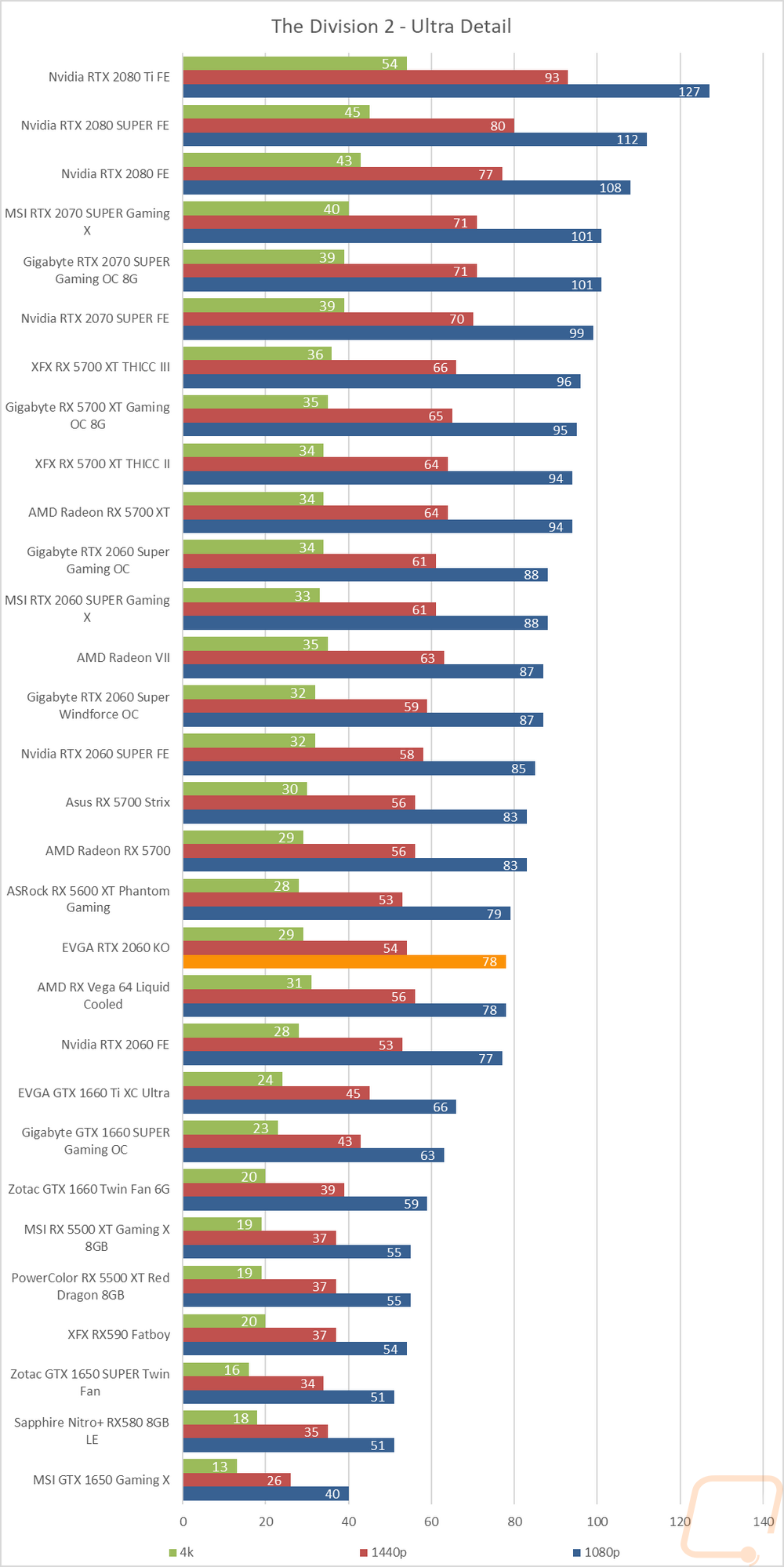 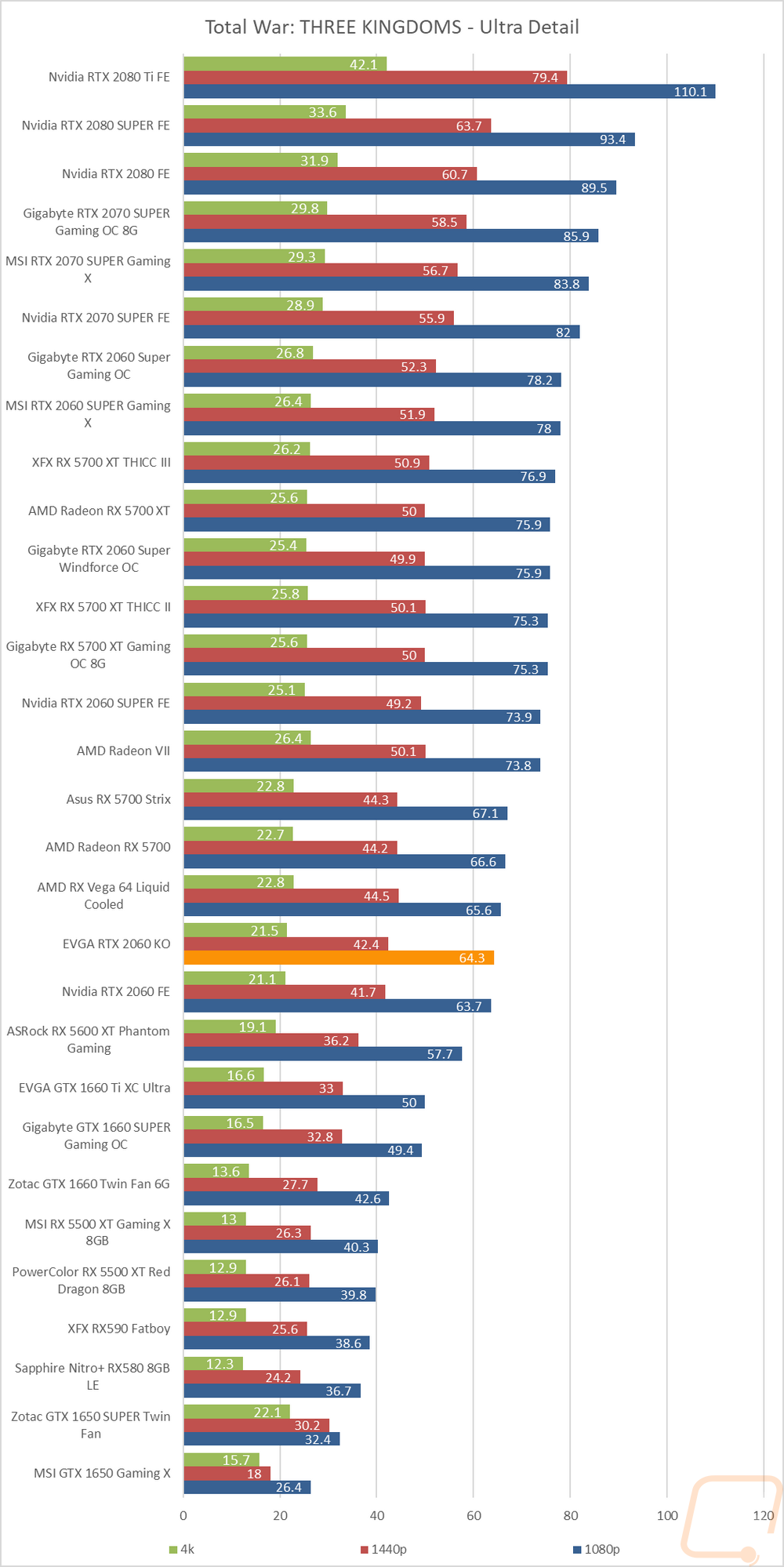 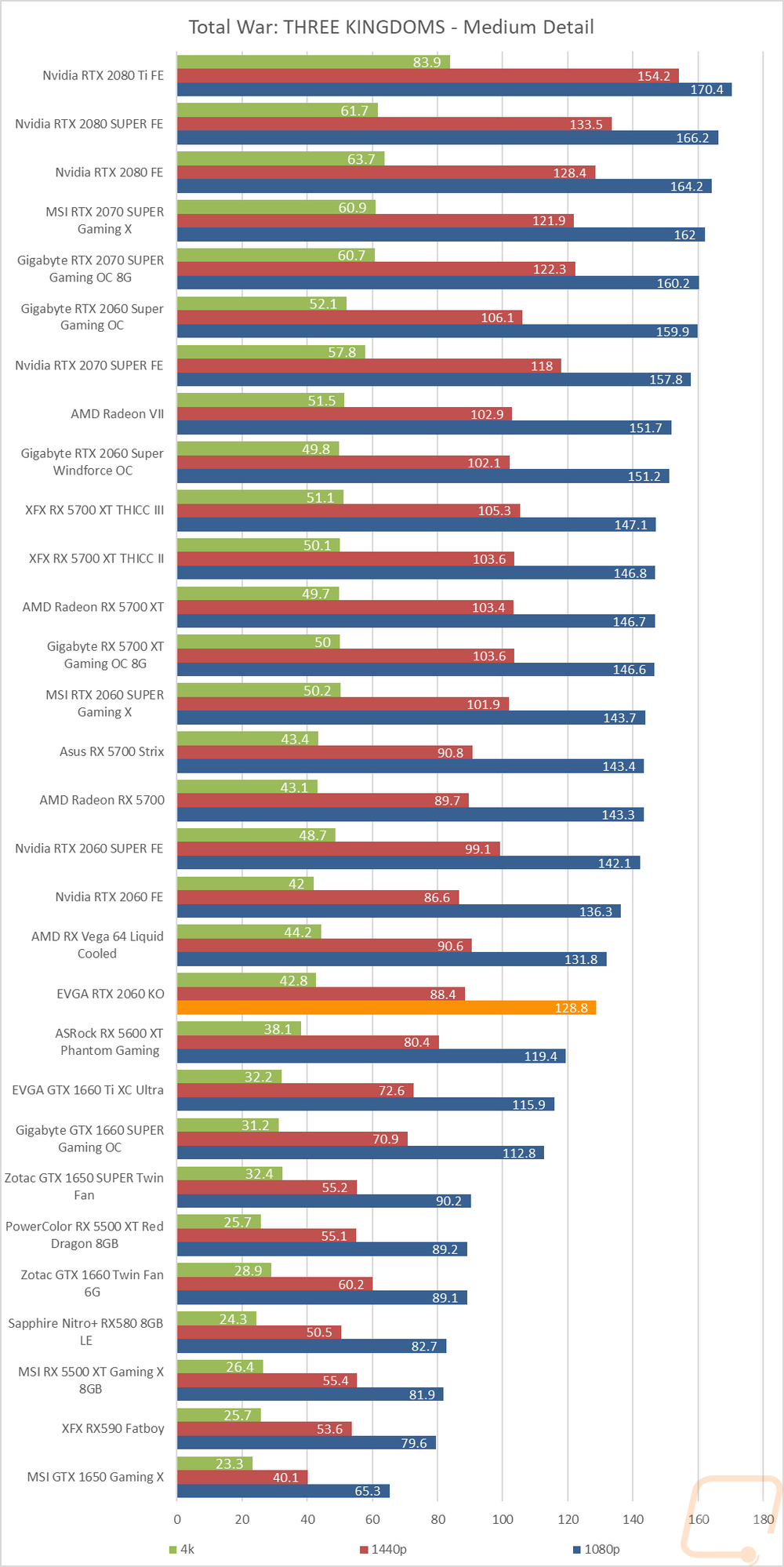 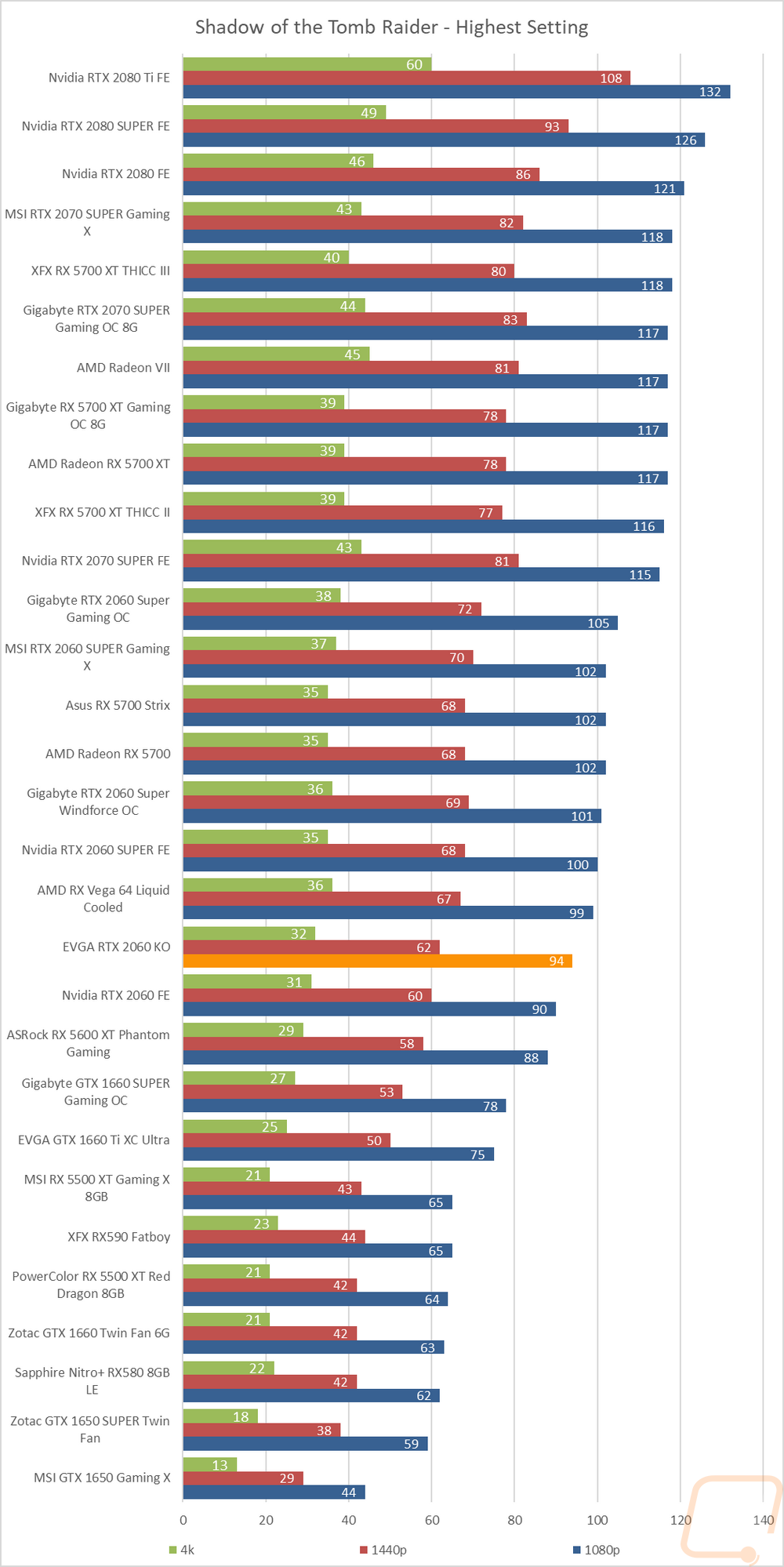 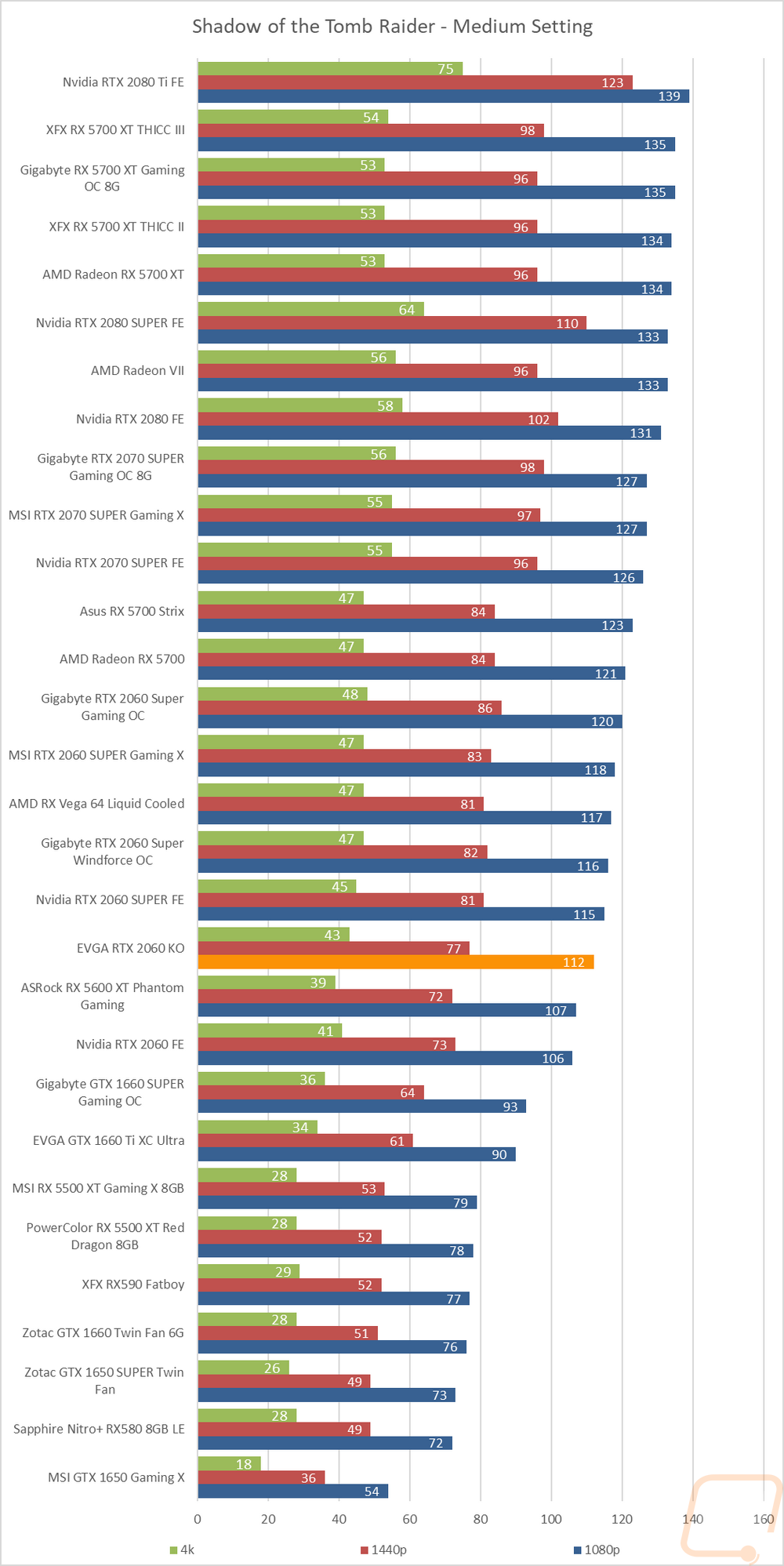 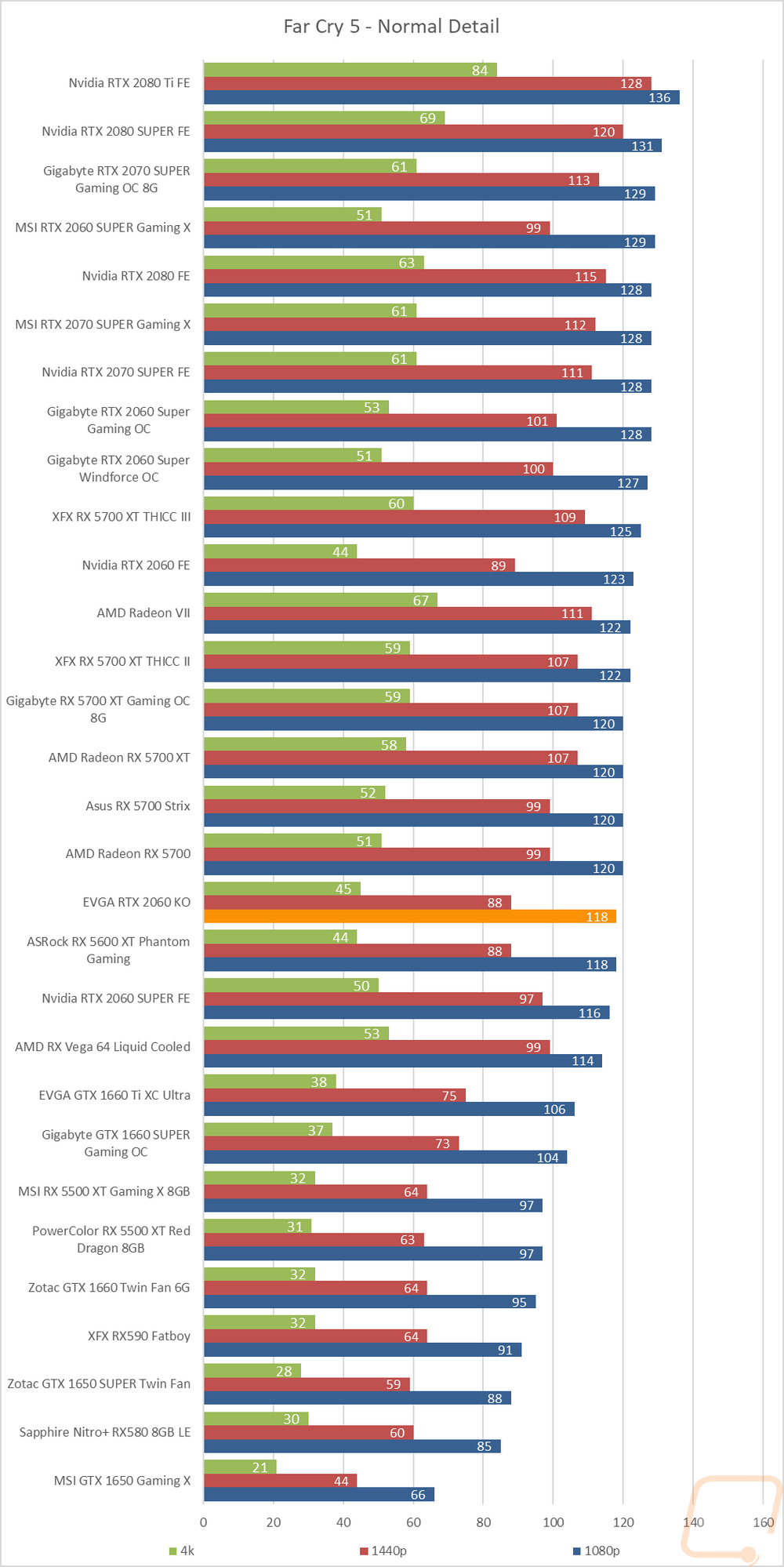 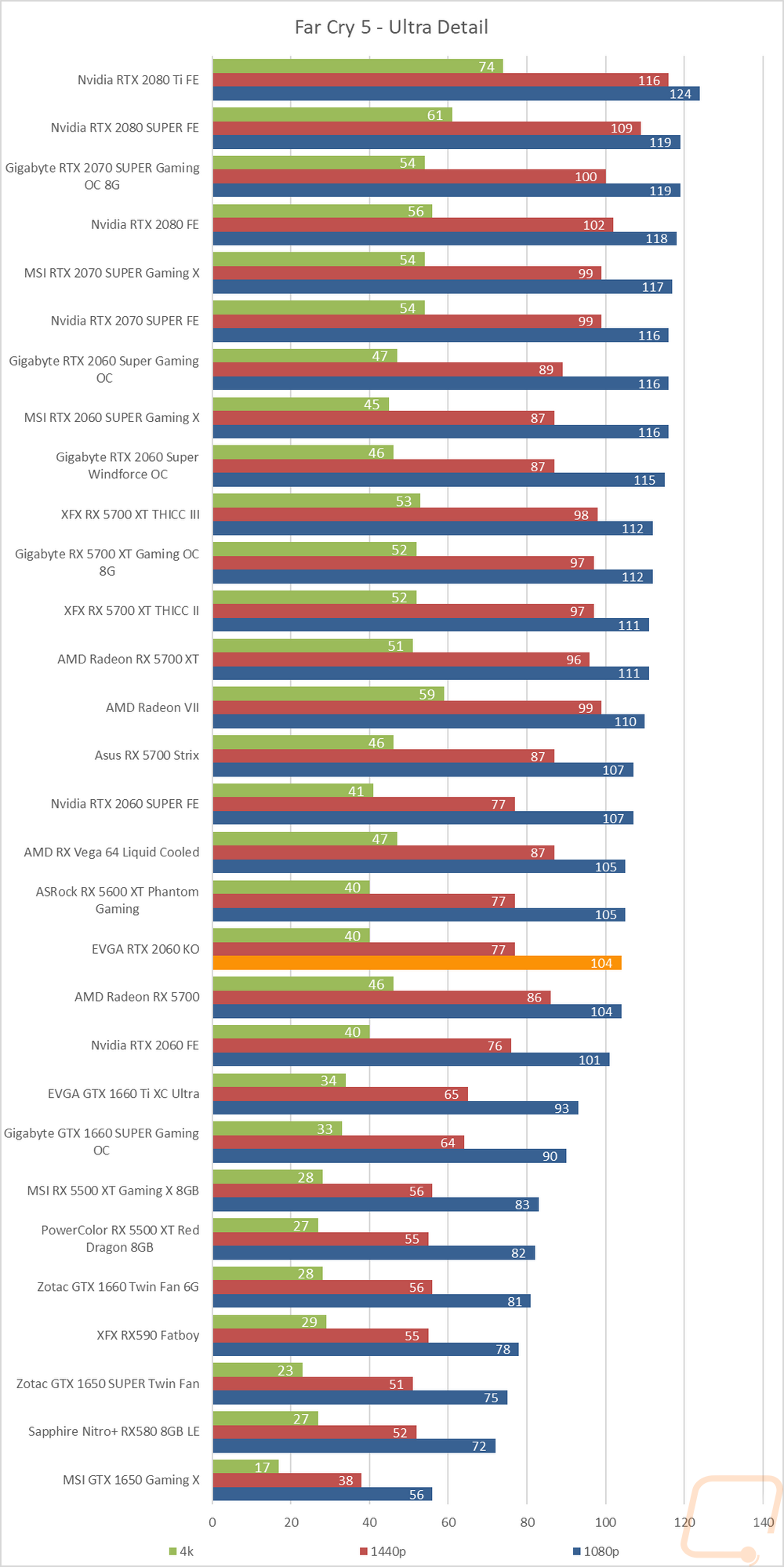 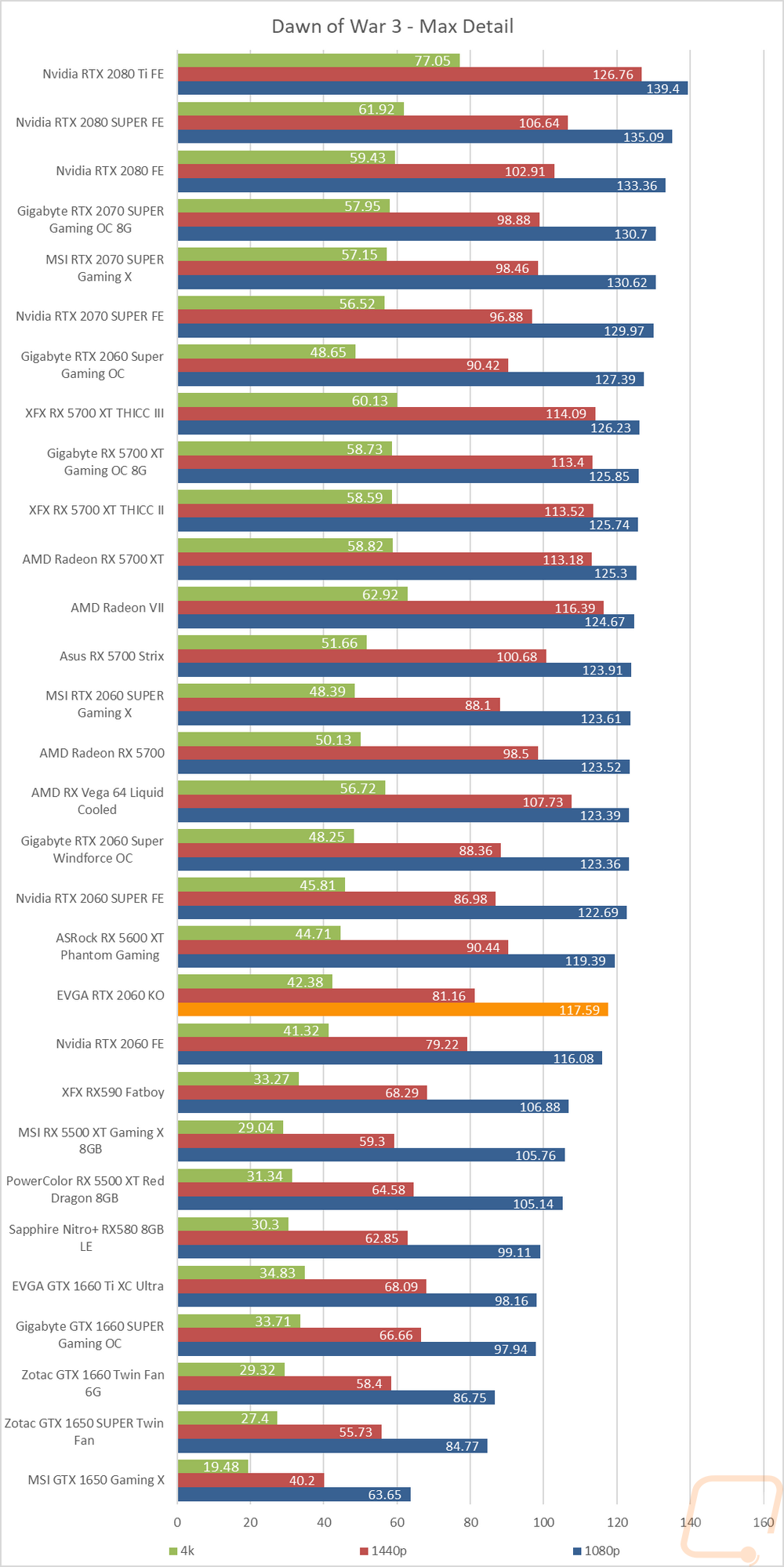 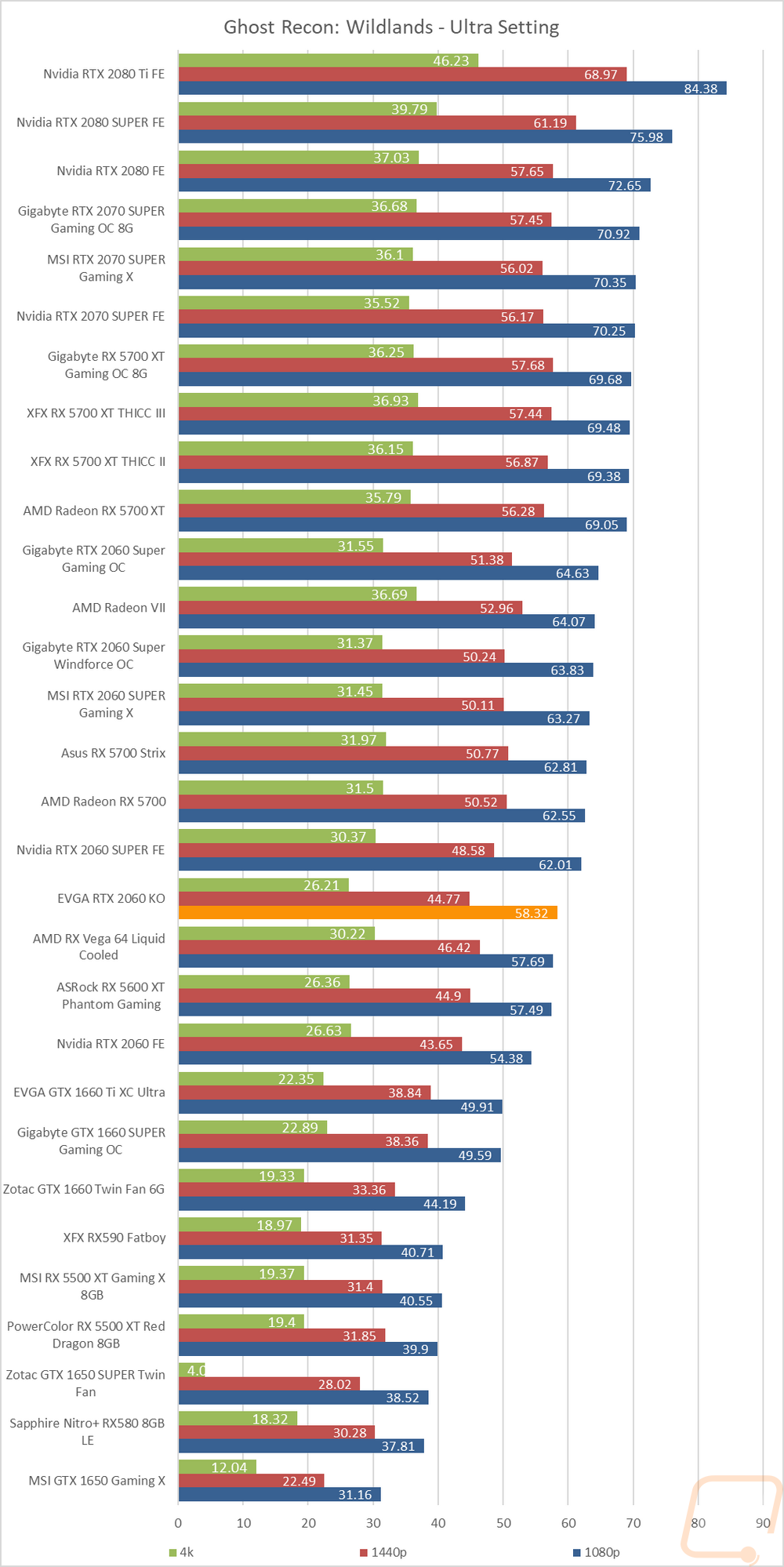 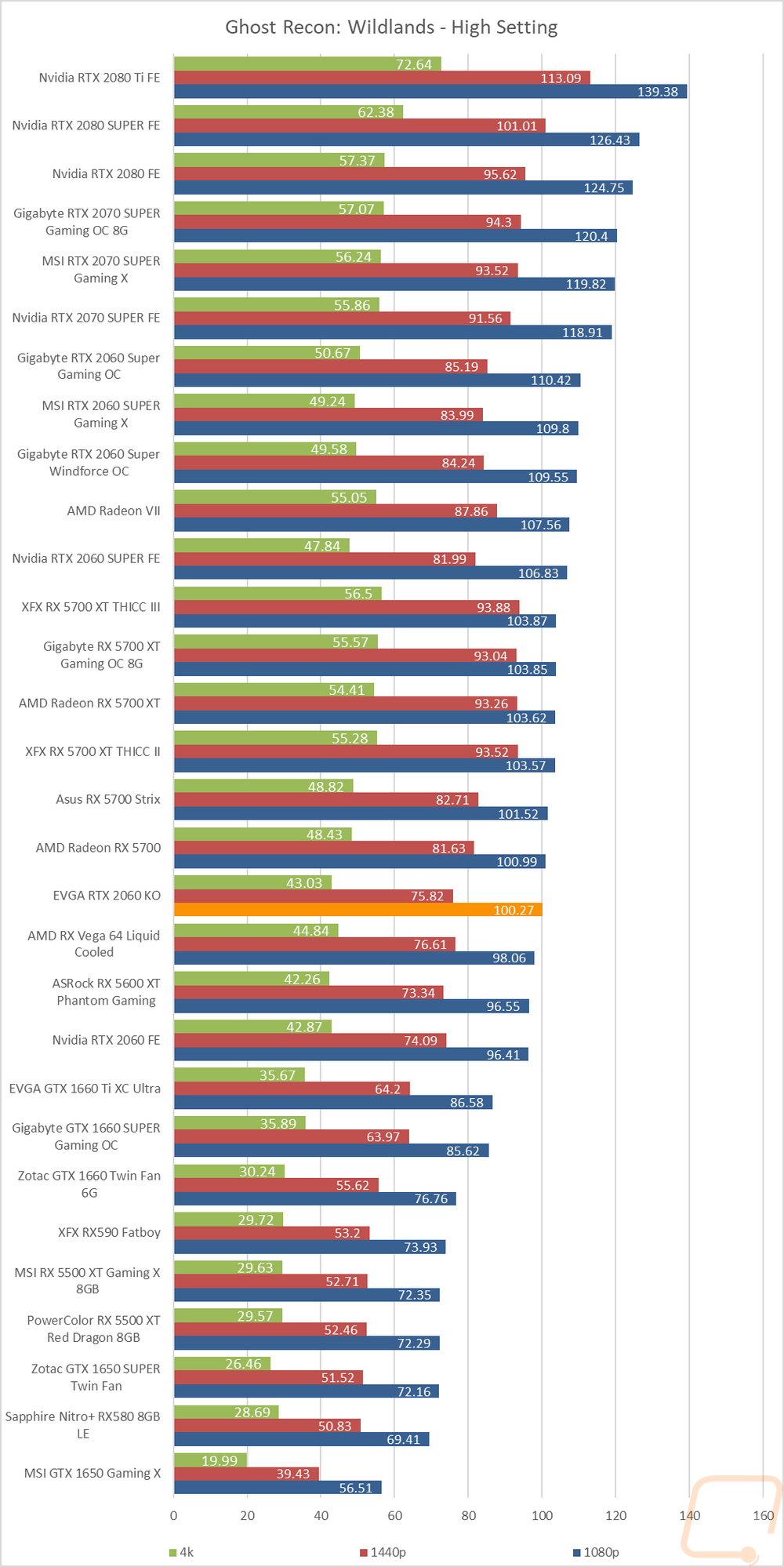