As always I like to start off my testing with a few synthetic benchmarks. 3DMark especially is one of my favorites because it is very optimized in both Nvidia and AMD drivers. It's nice to not have to worry about it being favored too much either way and the repeatability of the results makes it a nice chance to compare from card to card. I already spent time in my original RX 5600 XT review comparing it with the RTX 2060 Founders Edition and the RTX 2060 KO falls in that same range so today I am focusing on the KO with the Founders Edition 2060 which is clocked at the same speed and the ASRock RX 5600 XT Phantom Gaming that I covered for the RX 5600 XT launch. I did completely retest the RTX 2060 FE for that and this review so it is running on the same driver. My first three tests are with the Fire Strike Benchmark which tests DX11 performance across three detail settings. The 2060 Founders Edition and the 2060 KO do run right together which isn’t a shocker considering the are clocked the same. I do find it interesting though that the KO is consistently a touch faster. The RX 5600 XT Phantom Gaming comes in faster than the 2060 in all three of these tests. 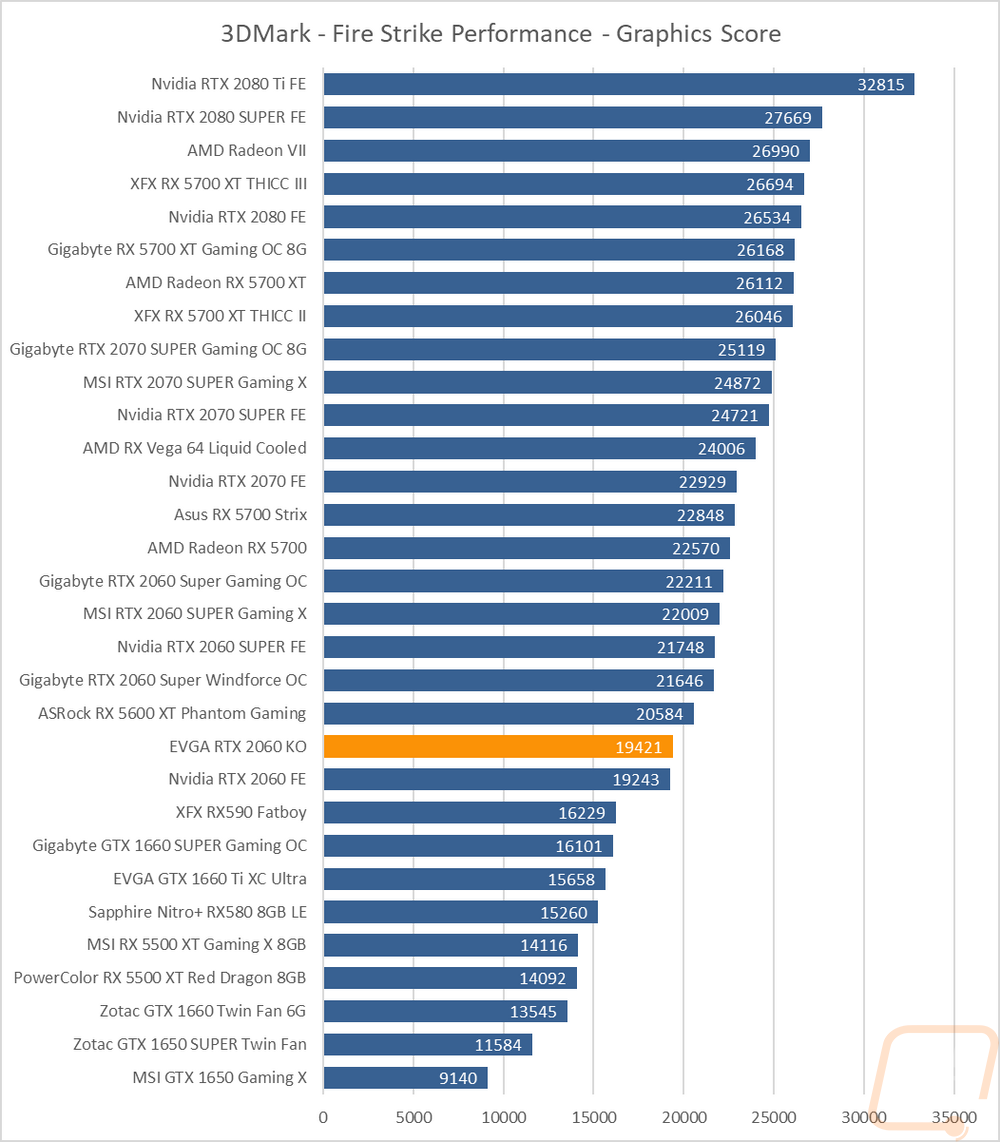 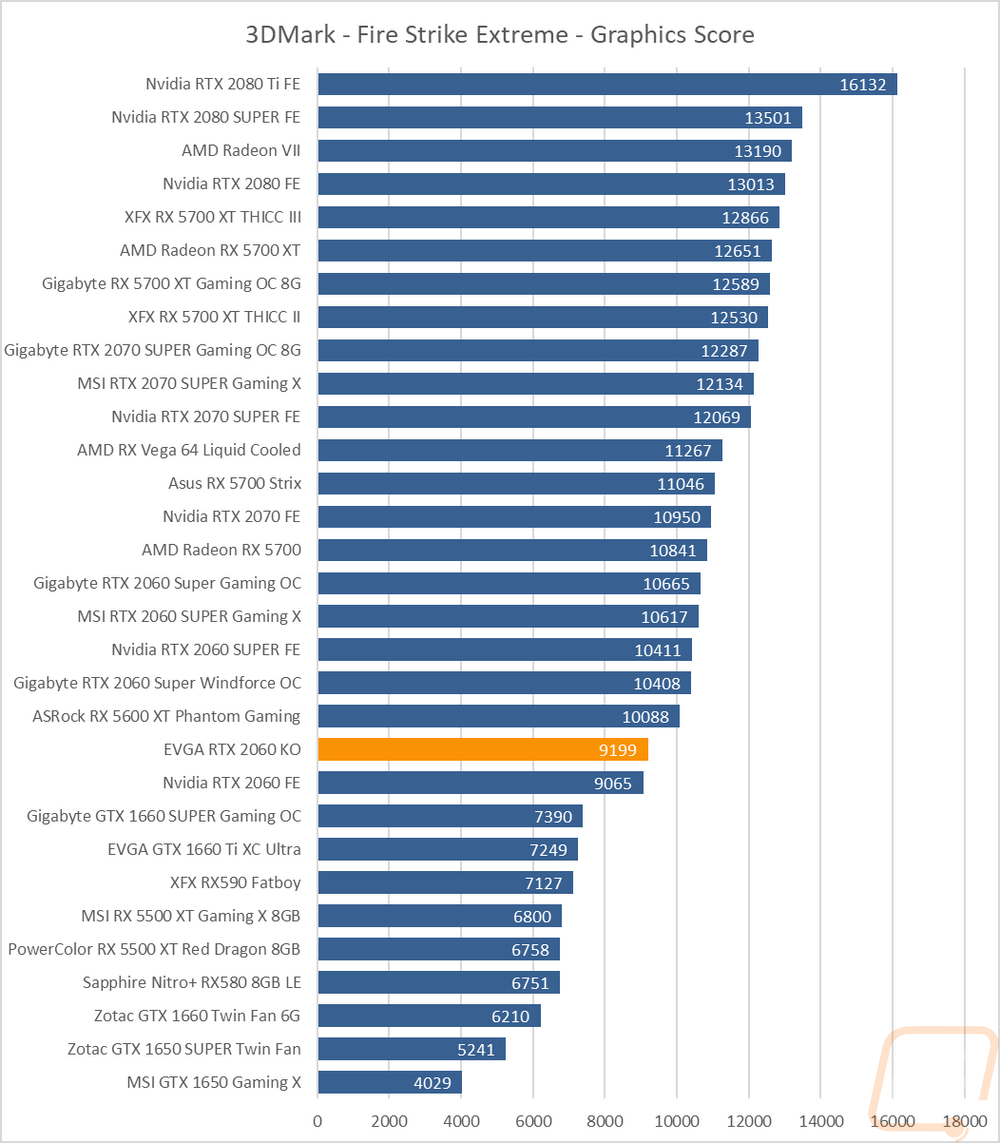 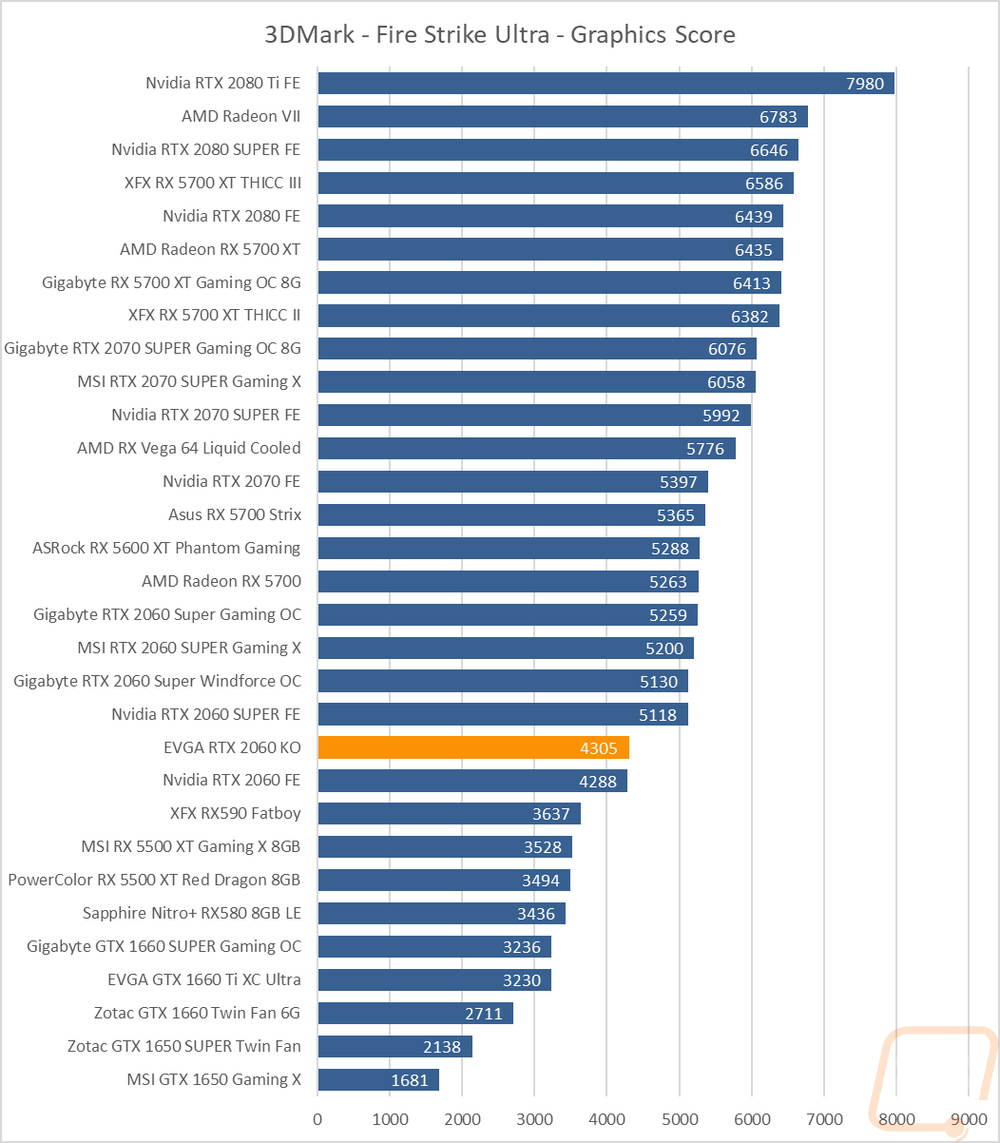 Now for the two 3DMark Time Spy benchmarks, I know going in that Nvidia’s Turing based cards like the RTX 2060 have done much better in these than in Fire Strike and that is visible right away. Again both 2060s are right together and in one result the Founders Edition does come out on top. Here the RX 5600 XT is below the RTX 2060 with the 2060 really running close to the RX 5700 instead. 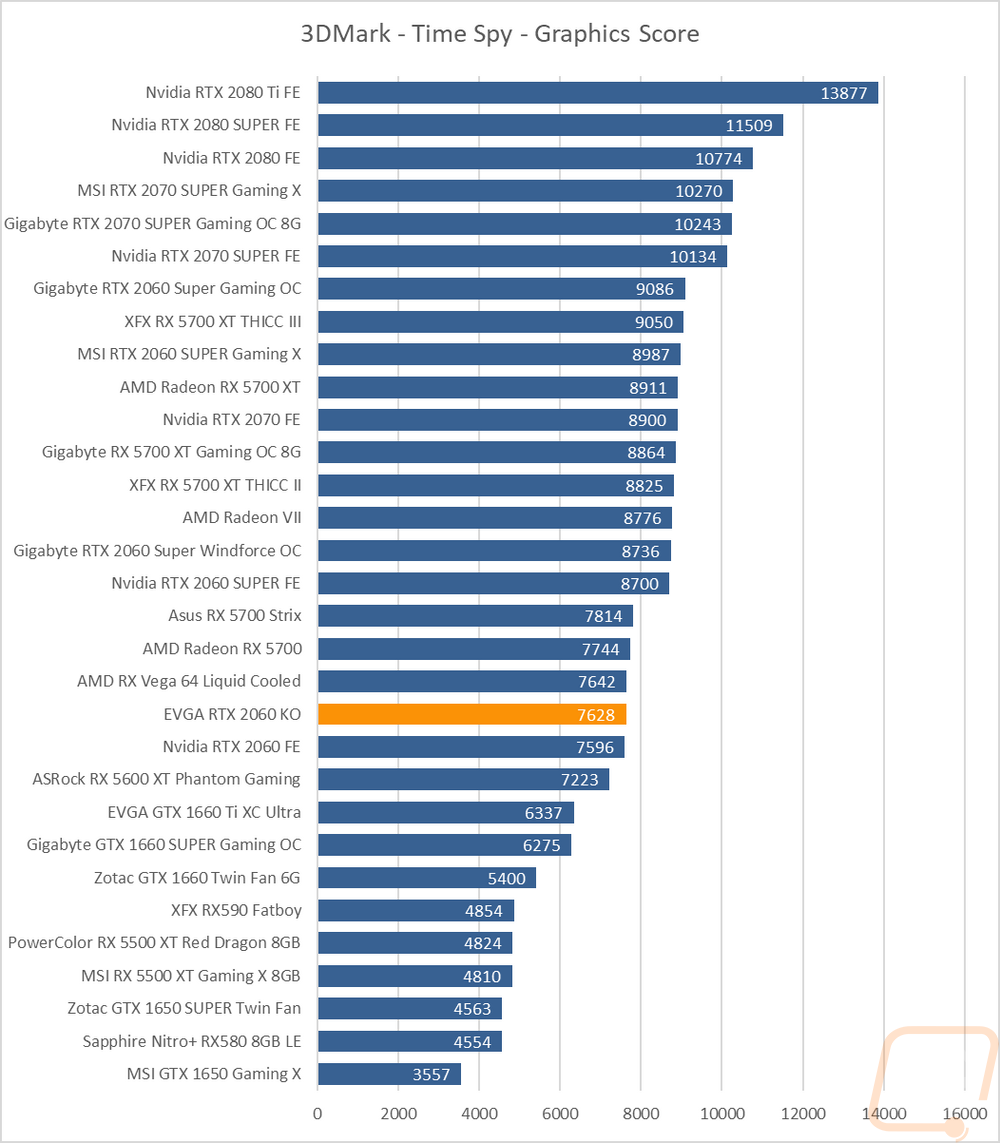 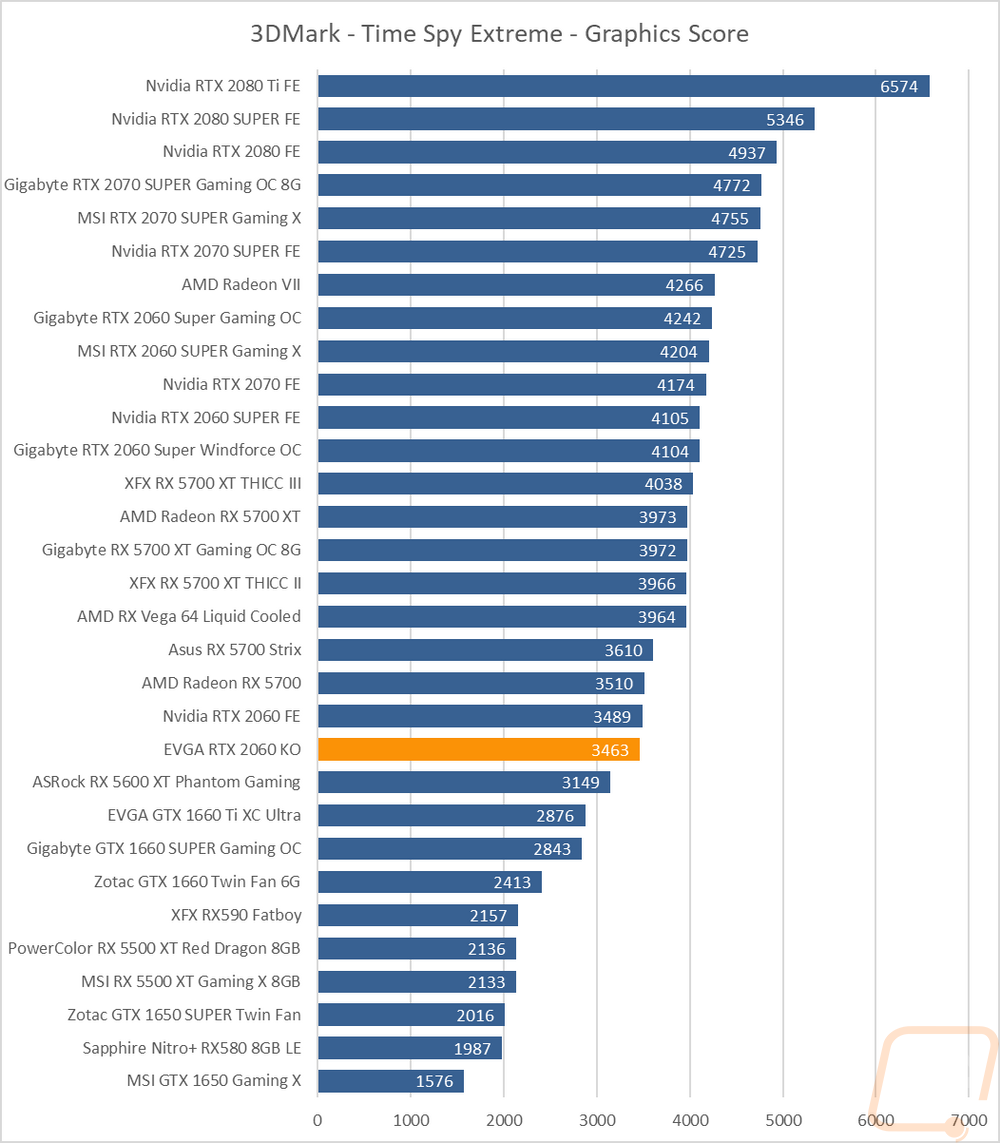 With this being an RTX card I was able to also include the 3DMark Port Royal benchmark as well which is focused on ray-tracing performance. N big shockers here, the KO and FE run right together and the GTX models like the 1660 Ti which had support added for ray tracing but don’t have the RT cores fall way behind. You can also see how the two other RTX 2060’s that I didn’t retest show that drivers have improved performance here over time. 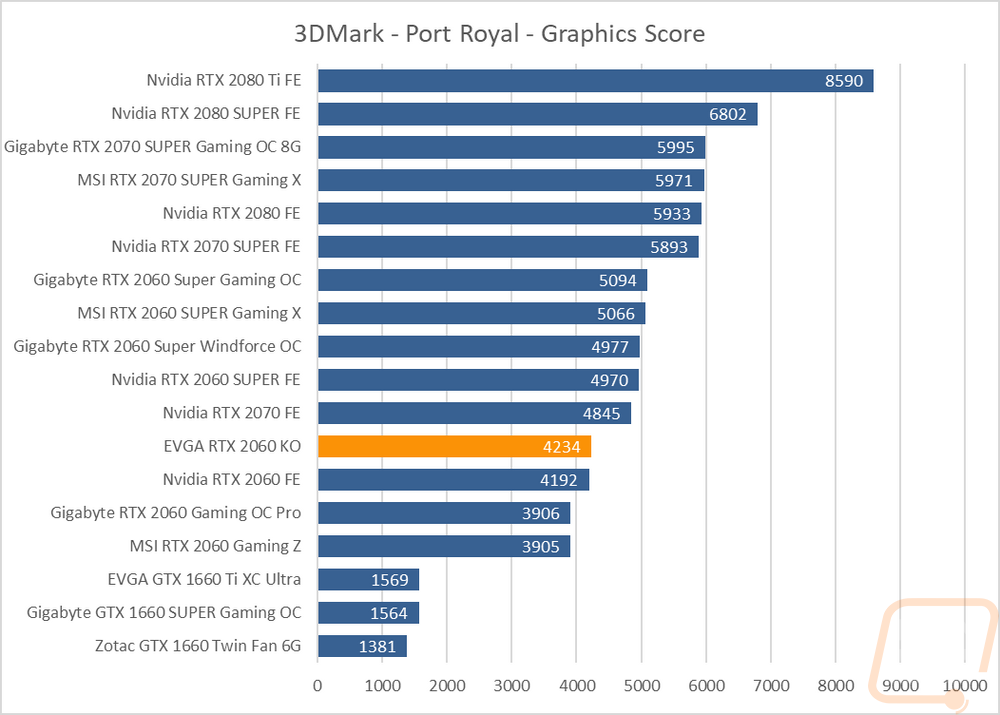 My last test was using the Unigine Engine based Superposition test. I tested twice, both at 1080p. One at medium detail and another at the extreme detail setting. I was surprised to see the EVGA 2060 KO pull away from the Founders Edition here by a noticeable amount. This was also enough to pull away from the RX 5600 XT a little bit, with it running with the Founders Edition. Both 2060s did better with the extreme detail compared to the 5600 XT as well. 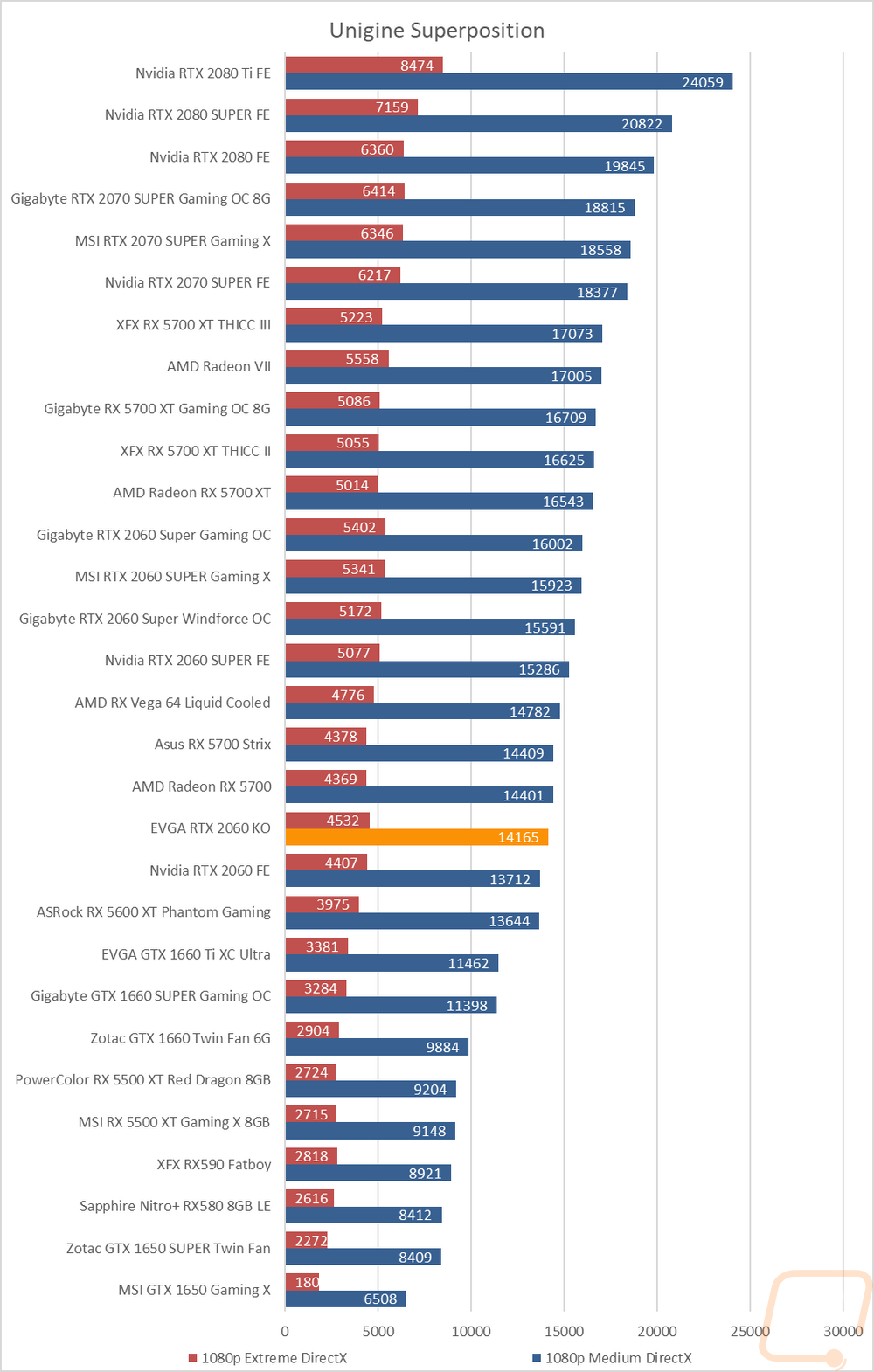 We have 719 guests and one member online