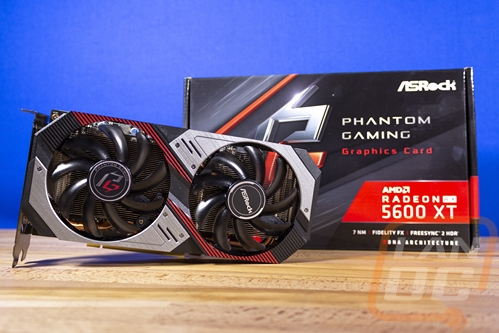 This year at CES, AMD had a few different big announcements, one of which was on the GPU side where they introduced their latest GPU the RX 5600 XT. The RX 5600 XT falls in between the original Navi RX 5700 and RX 5700 XT cards and above the RX 5500 XT that launched not too long ago. This is AMD filling out their Navi product stack. Well, today's the day, the RX 5600 XT is available and with that, we can also finally look at the cards and their performance. AMD sent over the ASRock RX 5600 XT Phantom Gaming OC for mt to take a look at and in addition to being excited to see how the new GPU performs I am also excited to get my first look at an ASRock video card. I’ve used many of their motherboards in the past, but it wasn’t until 2018 when they introduced their first cards. So I’m curious to see how they compare with the competition while I also see how the 5600 XT fits into the market.

By now you have most likely heard about Navi, AMD's newest architecture. It is the bases of the RX 5700 cards and the RX 5500 XT as well. The RX 5600 XT is no different, this is also a Navi card which is based on AMD's new RDNA architecture. It is also built on the same 7nm process as well as the other cards. So you might be wondering what is different about the RX 5600 XT and then 5500 XT or the RX 5700. Well the RX 5500 XT is a cut down GPU which has 22 compute units which drops things down to 1408 stream processors. But when comparing the RX 5600 XT with the RX 5700 things start to get a lot more interesting. This is actually the same GPU.

You get the same 2304 stream processors. What is different is the memory which is running on a 192-bit memory interface compared to the 256-bit interface on the RX 5700. You also get less memory in general, with 6GB compared to the 8GB. Clock speeds on GPU are also lower. The boost clock on the RX 5700 on the reference card was 1725 MHz where the RX 5600 XT is up to 1560 MHz. The game clock on the 5600 XT is 1375 MHz vs 1625 MHz on the 5700 as well. You can see it all broken down below. But it is interesting that AMD didn’t cut the GPU down or “disable” some of the compute units like Nvidia will sometimes do to differentiate different models. AMD really pushed that on our call as well which is interesting because they have done it in the past. Then again in the past, those same cards did end up with community “hacks” where people reflashed them up to the higher model at a cheaper price, maybe they are looking to avoid that this time around with the RX 5600 XT. 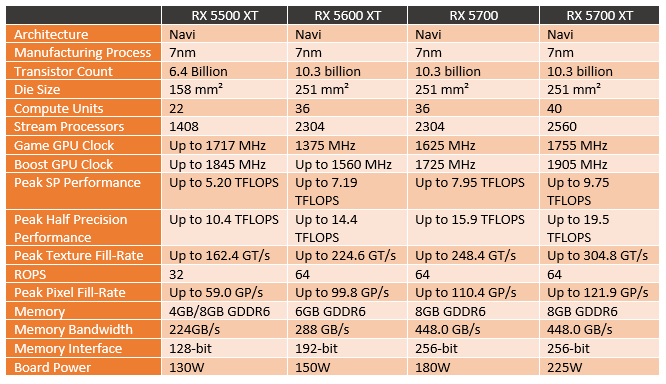 As for where AMD pictures the RX 5600 XT in the market, in our call they did break that down as well. The 5500 XT is their middle of the park 1080p card and the RX 5700 series of cards are in their mind for 1440p. The new RX 5600 XT then lands at the high end of 1080p. Which does fit the choices they made with the memory controller on the RX 5600 XT being smaller and having 2GB of less memory than the RX 5700. 1080p can still use a lot of memory, but going higher in resolution really ramps things up even more. 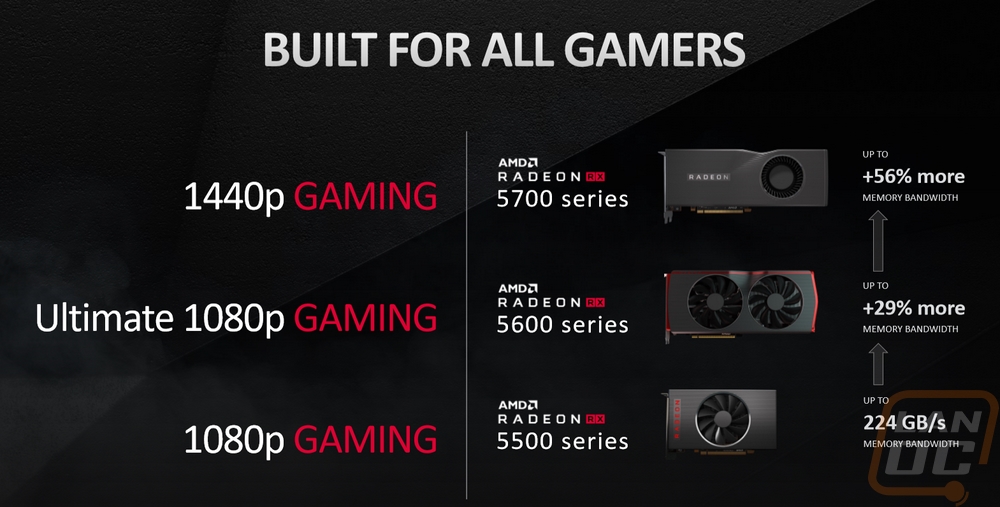 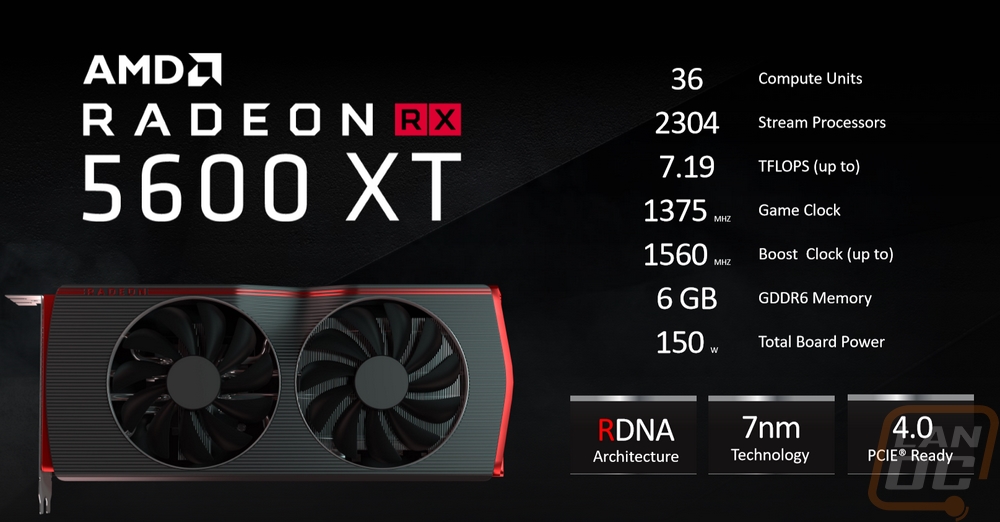 So AMD is saying that the RX 5600 XT should be seeing up to 80 FPS in triple-A titles and up to 120 FPS with the traditional esports titles that are a little less demanding. This puts the card in a great position where you can play anything and hardcore competitive games like the esports titles can take advantage of high refresh monitors. We will have to put that to the test later though. As for pricing, they have a launch MSRP of $279. They do also have a game bundle as well, but not as big of one as the RX 5700 series hards had. At least right now they are offering the RX 5600 XT with a 3 month Xbox Game Pass which does get you access to a long list of games. I personally would prefer to get one game you can keep long term, but someone who doesn’t have the game library that I have might prefer the Xbox Game Pass offer more. 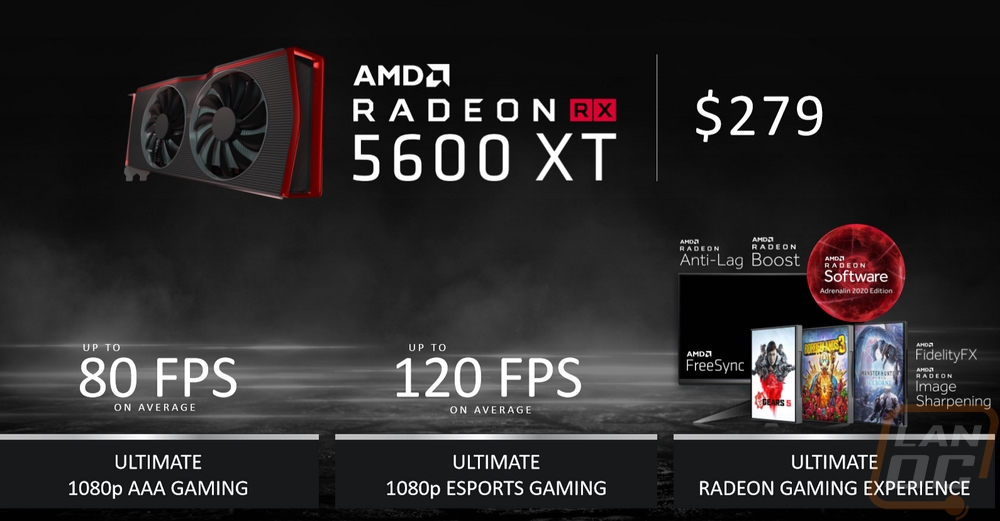 Hey, this is future Wes here, when we launched this review right around the same time ASRock released a new BIOS for the Phantom Gaming. That BIOS overclocked the card from the original clock speed of 1620 MHz up to 1750 MHz for the boost clock. I am redoing all of our testing with this new driver but because of the timing if you buy a Phantom Gaming you should use GPUz to check your clock speeds as well to make sure they match what we have below. Beyond that, you can see the new BIOS version in GPUz and see that I did the testing using the pre-release Jan 13th driver. 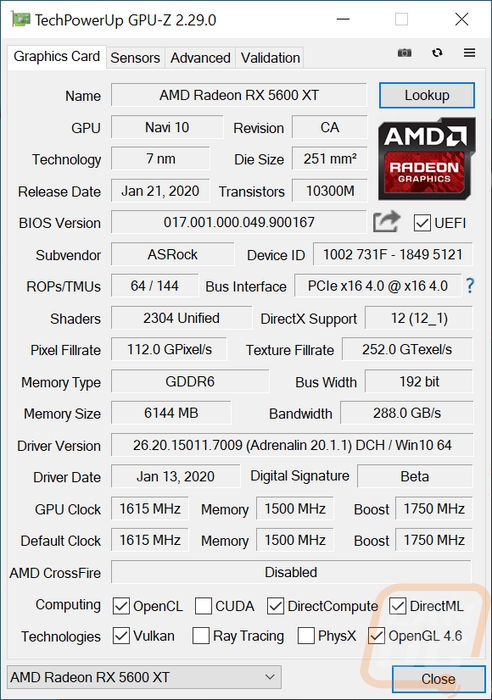 We have 1269 guests and one member online