Now some people don’t need a video card for gaming, they need the processing power for rendering or 2D/3D production or in some cases people who game also do work on the side. So it is also important to check out the compute performance on all of the video cards that come in. That includes doing a few different tests. My first test was a simple GPU Compute benchmark using Passmark’s Performance Test 9 and the 5700 XT Thicc II Ultra is right near the top of the chart with just the 2080 Ti being faster. The reference 5700 XT is just behind it and then the 2080 SUPER. 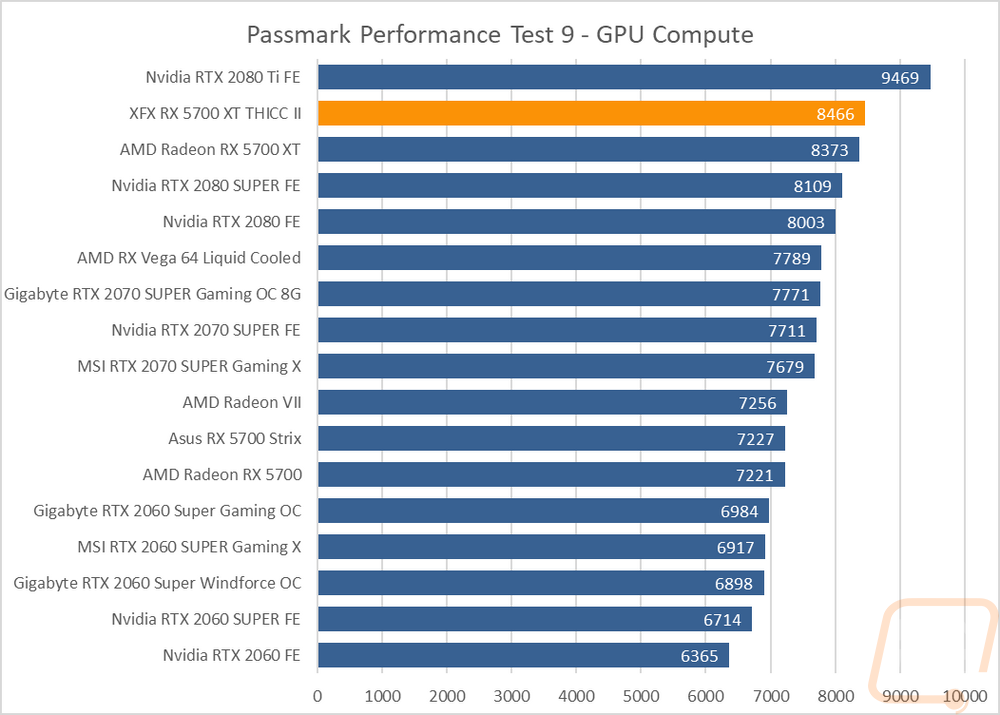 Blender, the most popular and open-source 3D modeling software, on the other hand, didn’t have the 5700 XT up nearly as high. I was really excited about this test because not only is it one of my favorite compute tests, but this benchmark didn’t work at the 5700 XT launch so I can finally get a better look how the cards compare. I ran this one multiple times on both the reference card and the Thicc but on this one the reference card is actually better performing. Overall it performs right with the Vega 64. There is a HUGE gap between this and the 2060 SUPER however, 88 seconds to be exact. But the 2070 SUPER is also a lot faster as well, so the 5700 XT falls right in between the two. As for why it was slower than the reference card, I’m wondering if it is a thermal thing in the longer running benchmark. I will have to wait for the next section to confirm. 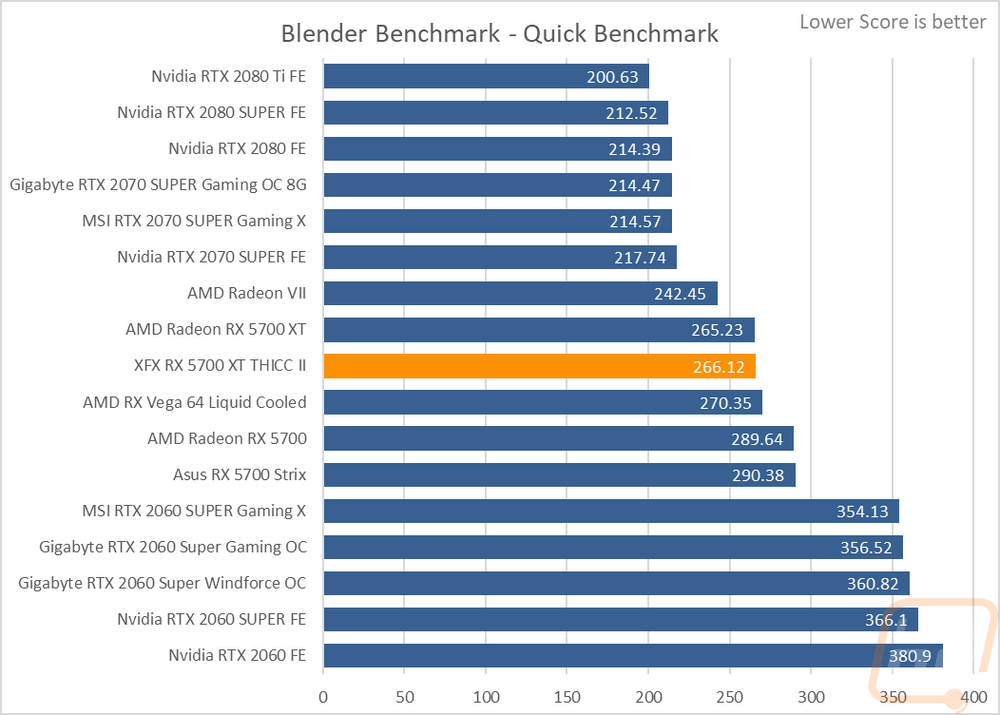 In Basemark all of the AMD cards completely fell on their face in the OpenGL tests. Even in the DirectX12 test they didn’t do especially well with the 2060 SUPER being faster here. The Thicc did get a little over 200 points over the reference card, however. 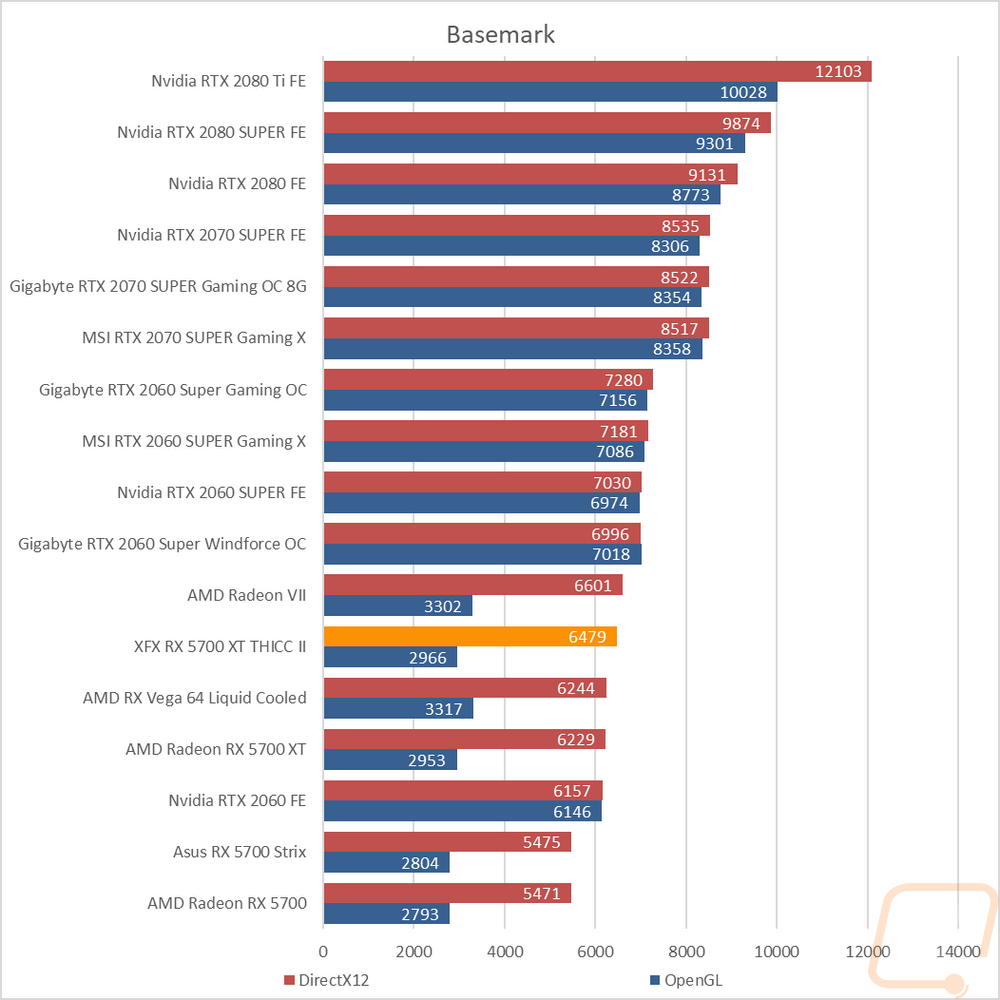 Then for the last compute test I ran the simple but always popular Geekbench 4 test. Once again the reference 5700 XT was just a hair faster and overall the 2060 SUPER was significantly faster. Even the older Vega 64 was out ahead by a good amount on this one. 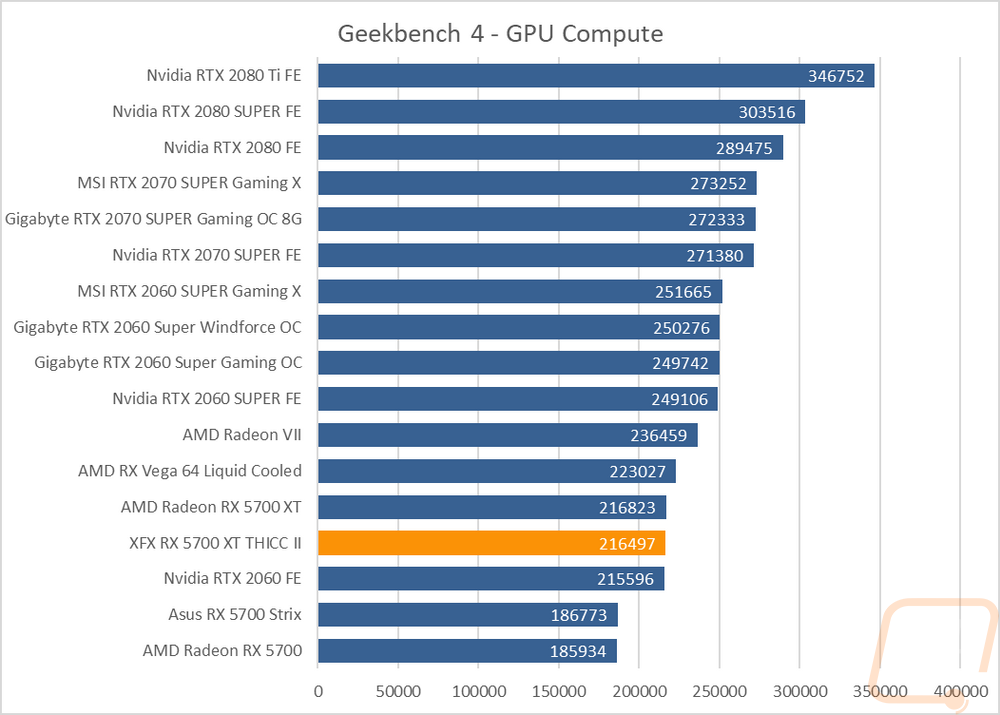 We have 1295 guests and no members online