When it comes to aftermarket RX 5700 XT’s I had the chance to check out the Thicc II from XFX but around that time I also had a card from Gigabyte come in. They sent over the RX 5700 XT Gaming OC. Unlike the Thicc II the Gaming OC sticks a lot closer to reality when it comes to card size, with exception to card length which the Gaming OC cards with their triple fans are always long. But I’ve been curious to see how the RX 5700 XT Gaming OC performs in comparison to the larger card as well as the reference card. Cooling is especially important given the cooling and noise issues of the reference card. So today I’m going to take a closer look at the Gaming OC and then run it through our test suite and see how it performs. 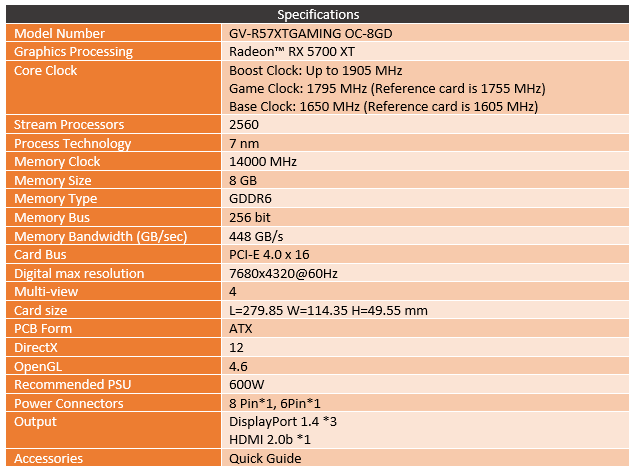 I always take a look at GPU-Z to confirm that the listed specifications for the card match what I am seeing. GPUz, of course, is still working out some of the display issues, but you can see that the boost and base clocks do match the Gigabyte specs, only the memory clocks are off now. My testing was all done on the latest release of the AMD public drive though it does still have the Beta signature. How does the 1905 boost clock of the Gaming OC compare to the reference and the Thicc II cards that I have already tested? Well the Thicc II is listed with a 1980 MHz boost clock and a 1730 MHz base clock. The reference card is 1905 MHz boost clock and 1605 MHz base clock. So the Gaming OC doesn’t improve on the reference cards boost clock at all, the OC in the name is focused on the base clock improvement which jumps from 1605 MHz to 1650 MHz which is still lower than the Thicc II that I previously took a look at. 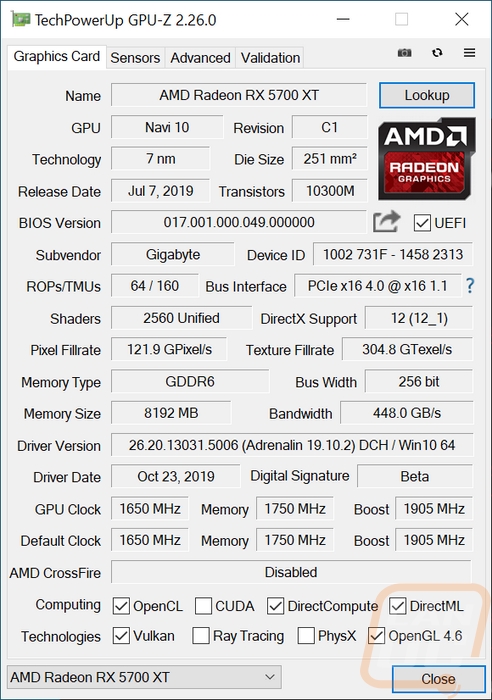