Now some people don’t need a video card for gaming, they need the processing power for rendering or 2D/3D production or in some cases people who game also do work on the side. So it is also important to check out the compute performance on all of the video cards that come in. That includes doing a few different tests. My first test was a simple GPU Compute benchmark using Passmark’s Performance Test 9 and the RX 5700 XT Gaming OC did really well, in fact, all of the RX 5700 XT’s did really well on this one. But the Thicc II did outperform the Gaming OC just slightly. 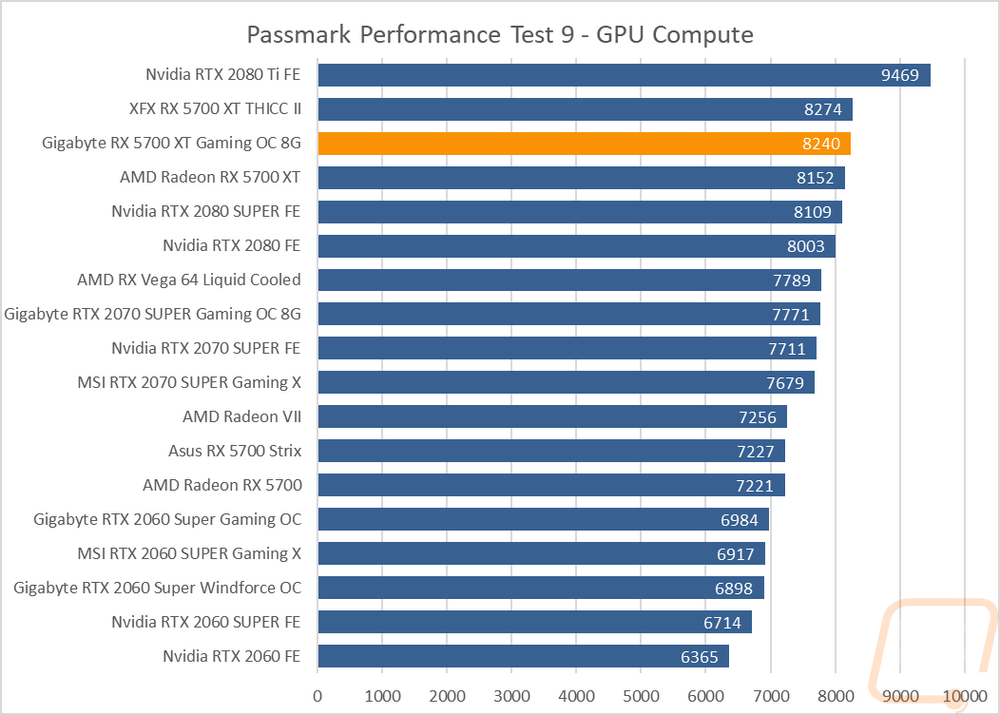 Our blender test is my favorite compute benchmark and it uses a more real-world test running two different blender renders, timing them. The Gaming CO came in a second faster than the two other 5700 XT’s and all of the 5700 XT’s are a world better than the RTX 2060 SUPERS which are down near the bottom of the charts. The Radeon VII is still faster, as is the RTX 2070 and the newer RTX 2070 SUPERs. But the 5700 XT is a great buy for the price if Blender rendering is your plan. 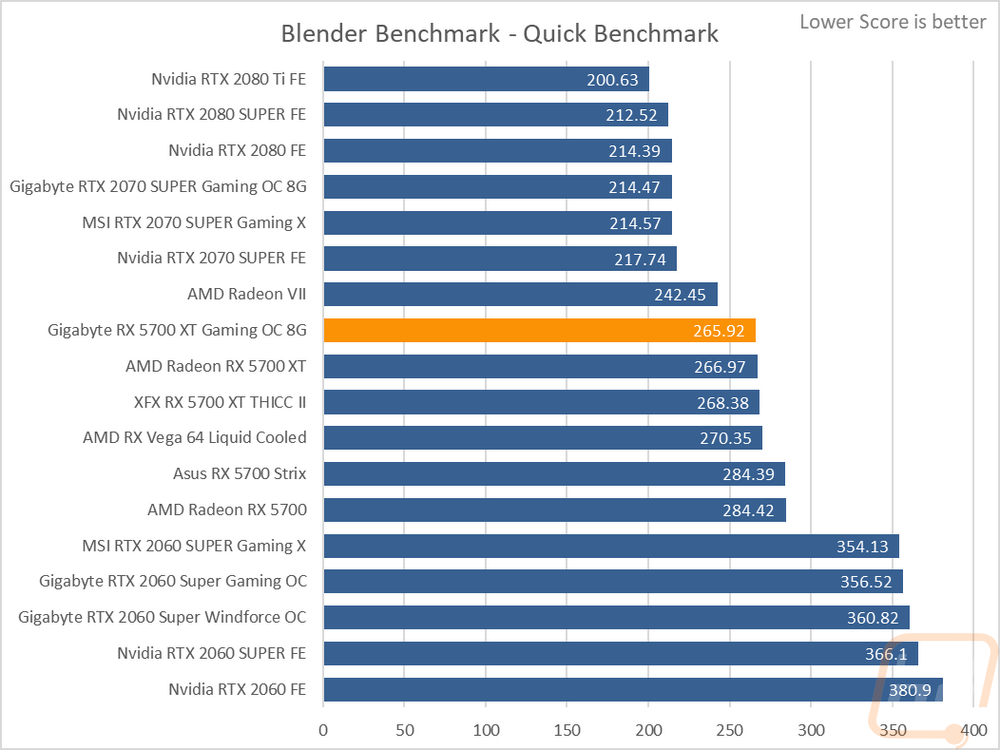 In Basemark we still see the AMD cards struggling with the OpenGL test but doing okay with DX12. The Gaming OC came in just below the reference card here and having the reference card top the chart is still funny to me. The RTX 2060 SUPER is faster here by a good margin. 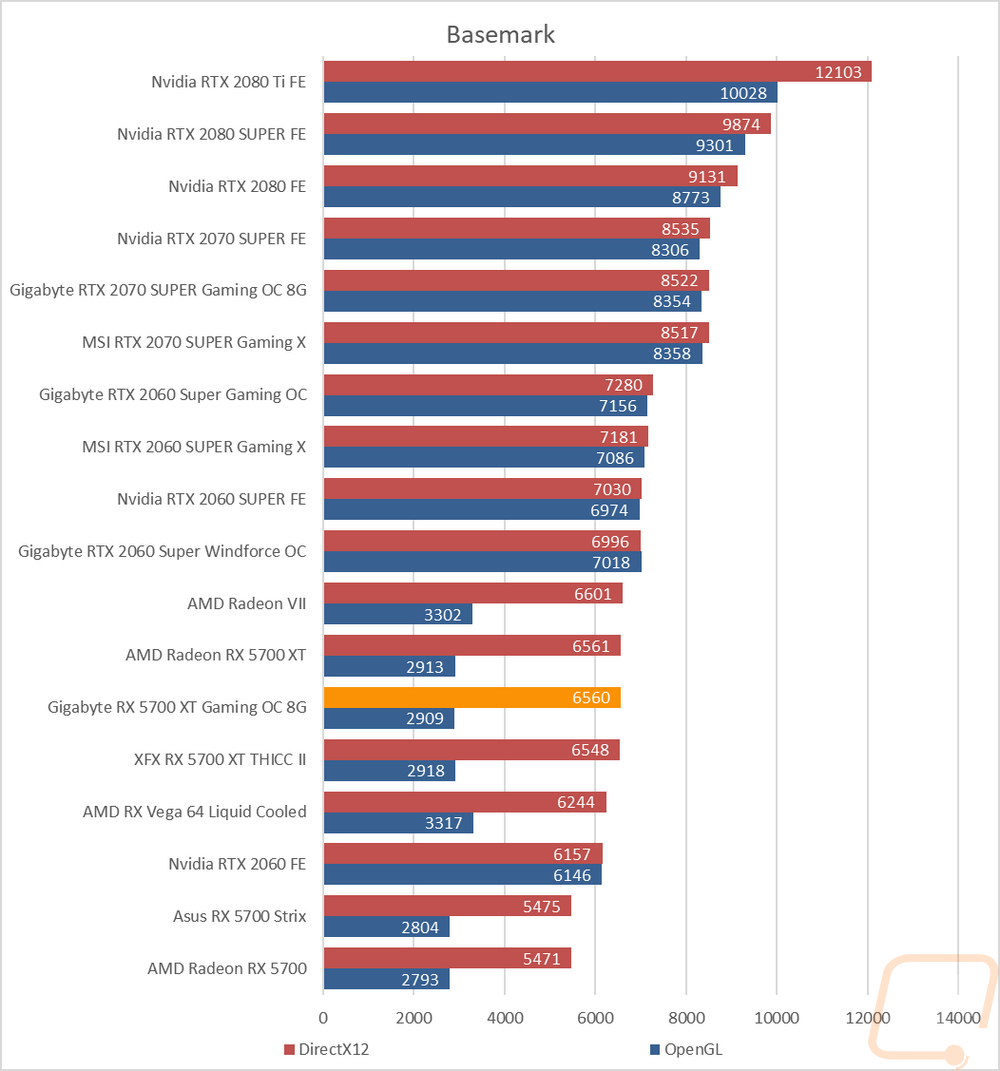 For the last compute test I run Geekbench 4 (I also run Geekbench 5 but will be adding those in later once I get more results). The reference XT is again a touch faster here with the Gaming OC doing a lot better than the Thicc II and all of the AMD cards struggling on this test. 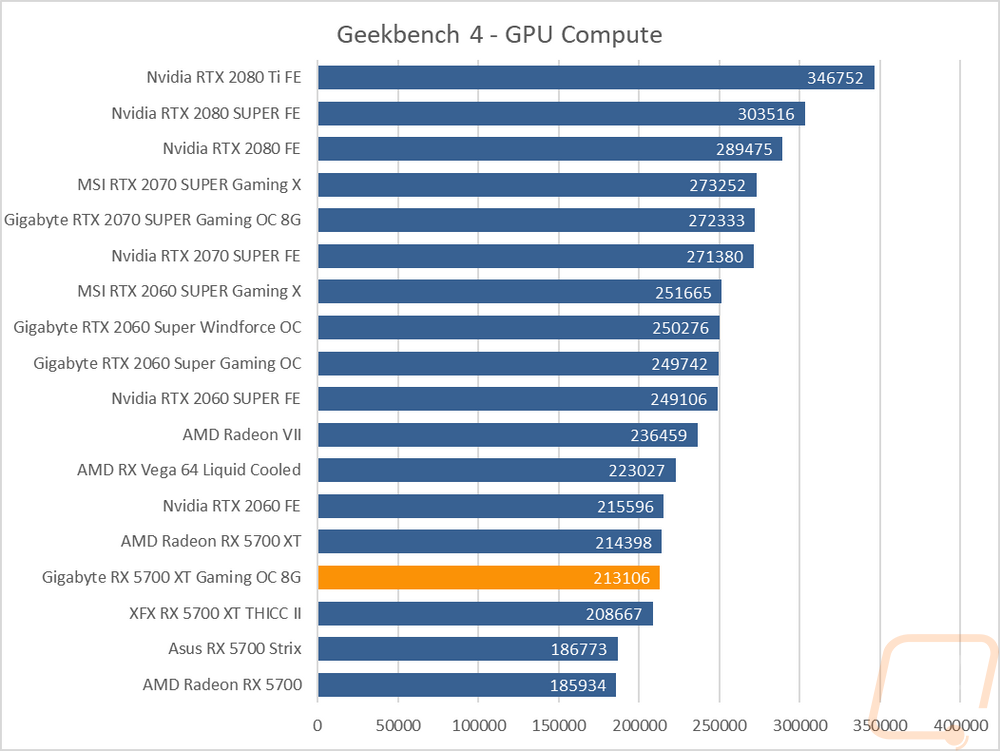