As always I like to start off my testing with a few synthetic benchmarks. 3DMark especially is one of my favorites because it is very optimized in both Nvidia and AMD drivers. It's nice to not have to worry about it being favored too much either way and the repeatability of the results makes it a nice chance to compare from card to card. I started off with the three Fire Strike tests which are old DX11 based tests. The three tests cover different detail levels which are roughly comparable with 1080p, 1440p, and 4k. The Performance test had the Thicc II up near the top of the charts and a big jump ahead of the original reference design. This was enough to push past the RTX 2080 and get closer to the 2080 SUPER. The Extreme test fell a little down below the Radeon VII but was again a big jump over the stock 5700 XT and over the RTX 2080. Then in the Ultra test, the result was even better, coming in over the 2080 SUPER but still behind the Radeon VII which loves the high detail tests with its truckload of memory. 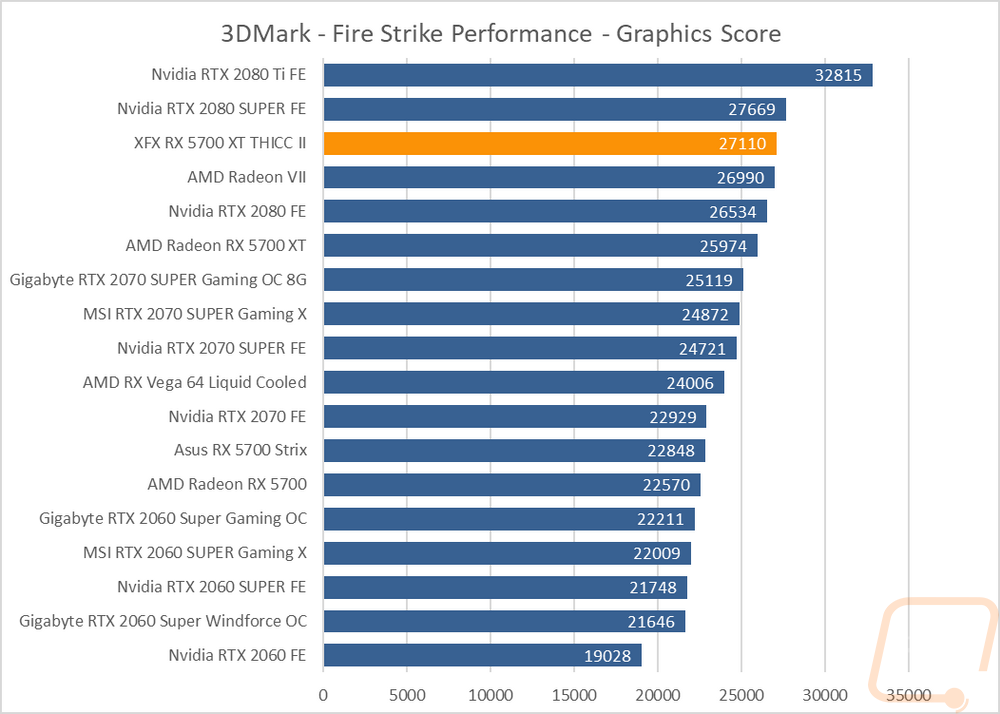 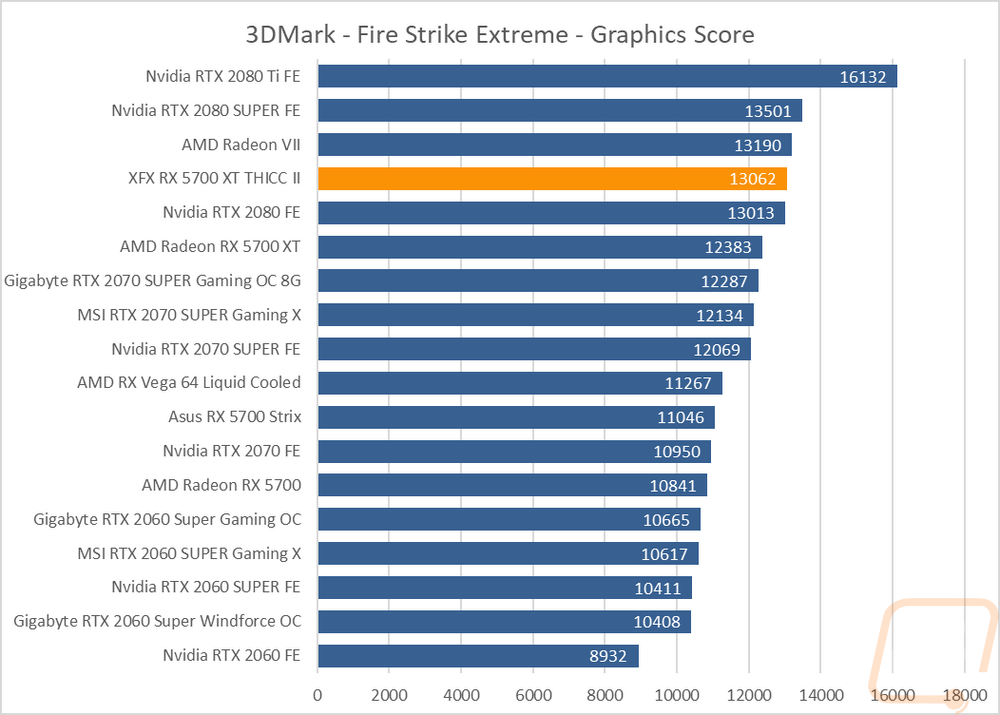 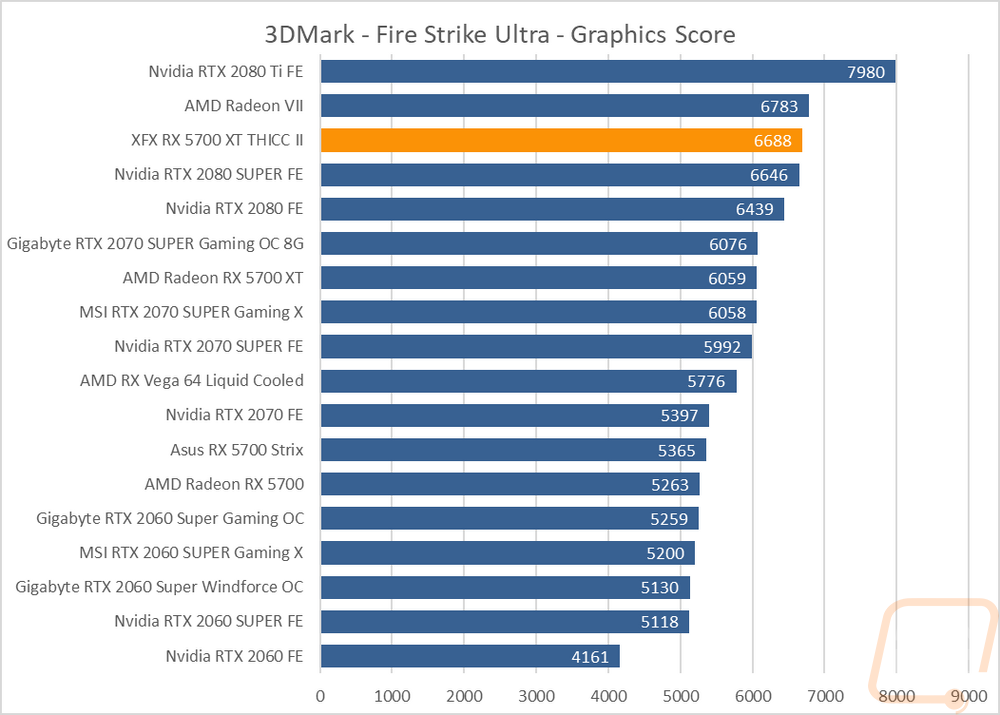 The Time Spy tests are newer and are DX12 tests. These have favored the new RTX cards a lot now that Nvidia has focused more on DX12. So it wasn’t a big surprise to see the Thicc II down a little lower in the chart. It was 343 points ahead of the stock 5700 XT which as you can see helped it jump the 2060 SUPER with overclocks but the gap between it and the 2070 SUPER is still really large. The Extreme test was even worse with all of the 2060 SUPERs outperforming the Thicc II including the stock Founders Edition model. We did still have a nice jump over the reference 5700 XT though and that is important to see with the overclock the Thicc II has. 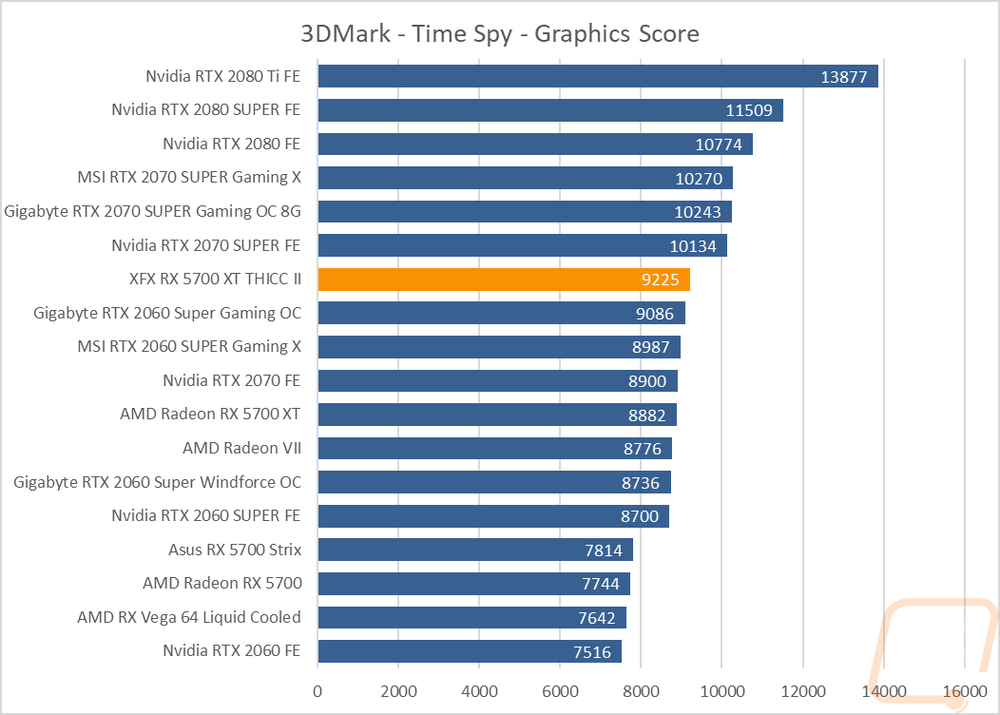 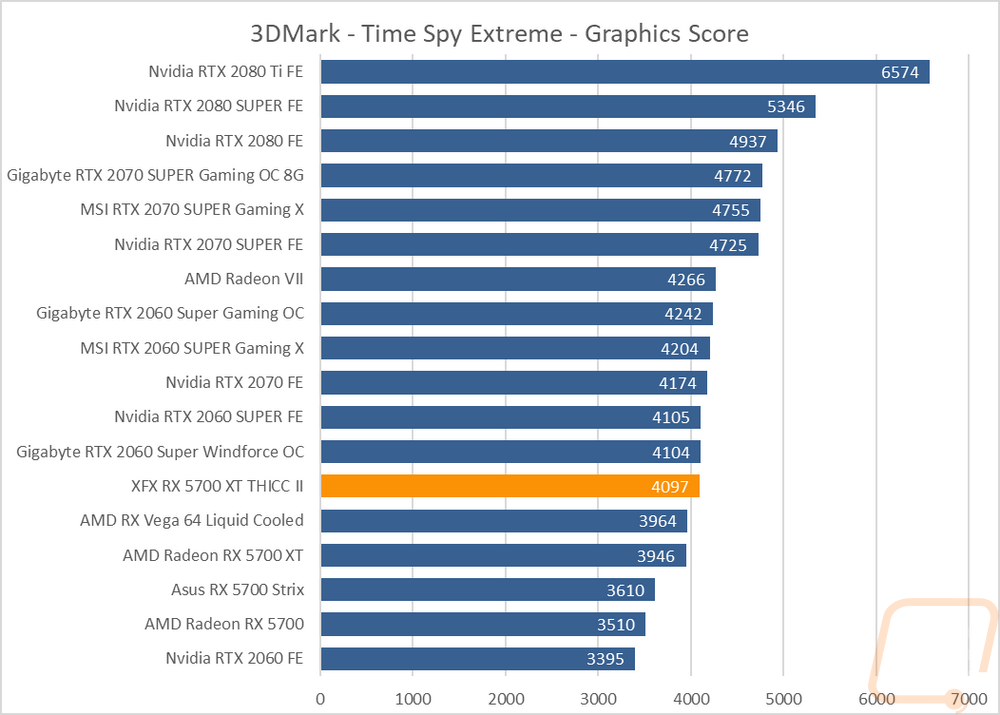 Then for the last benchmark, I went back to DX11 with the Unigine based Superposition benchmark. Here I focused on 1080p with a medium detail test and an extreme detail test. The Thicc II ran above the 2060 SUPER and above the Radeon VII but behind the 2070 SUPER FE. Again with a nice bump between it and the 5700 XT Reference card. The exception to this was at the higher detail where the overclocked 2060 SUPER from Gigabyte did edge out in front of the Thicc II just slightly but considering the reference 5700 XT was behind the 2060 FE at that detail it did show that the overclock helped get in front of most of the overclocked 2060 SUPER. 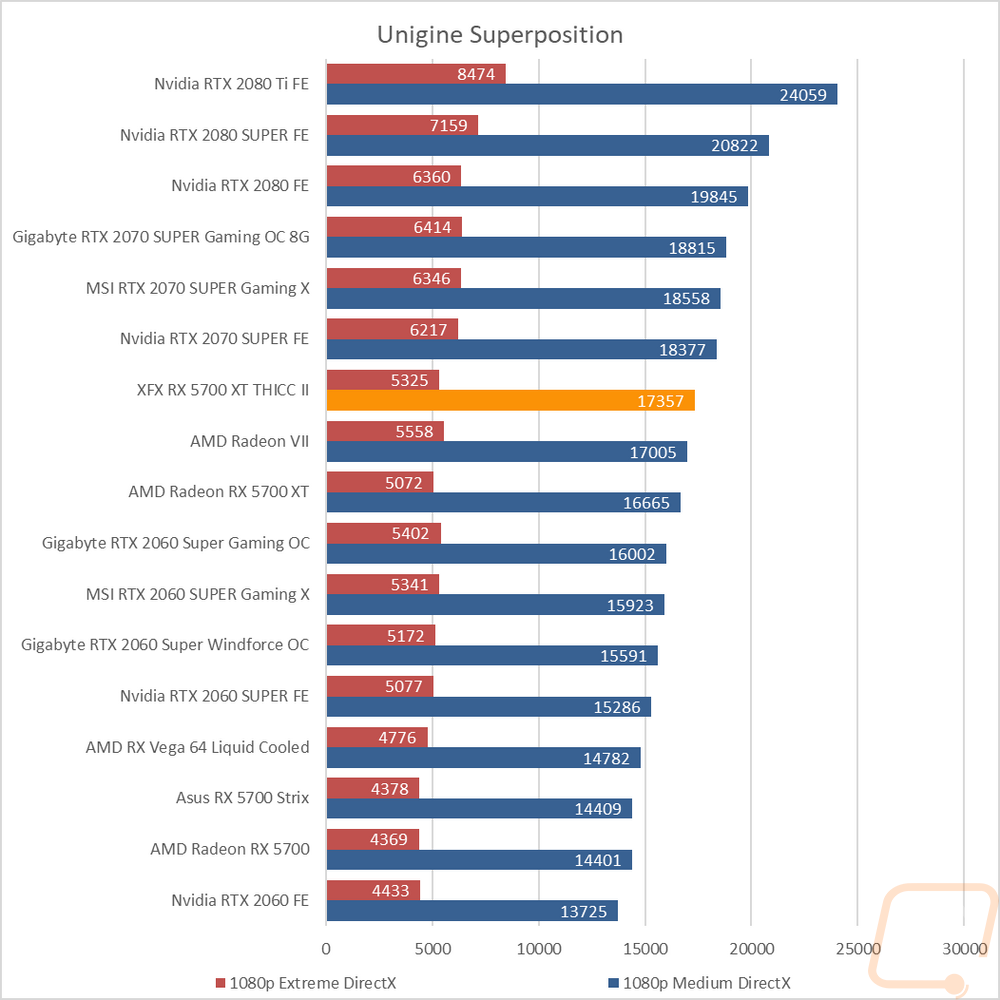 We have 1275 guests and no members online