My first test was again in Superposition. This time I tested the VR Maximum and VR Future tests using the Vive resolution. Each result was in average FPS and at the maximum detail the Thicc II did really well, performing 3 FPS higher than the highest overclocked  2060 SUPER. At the future detail setting it did fall behind a little though, just like the reference card did but the overclock helped get it right with the Radeon VII and with the 2060 SUPER FE. 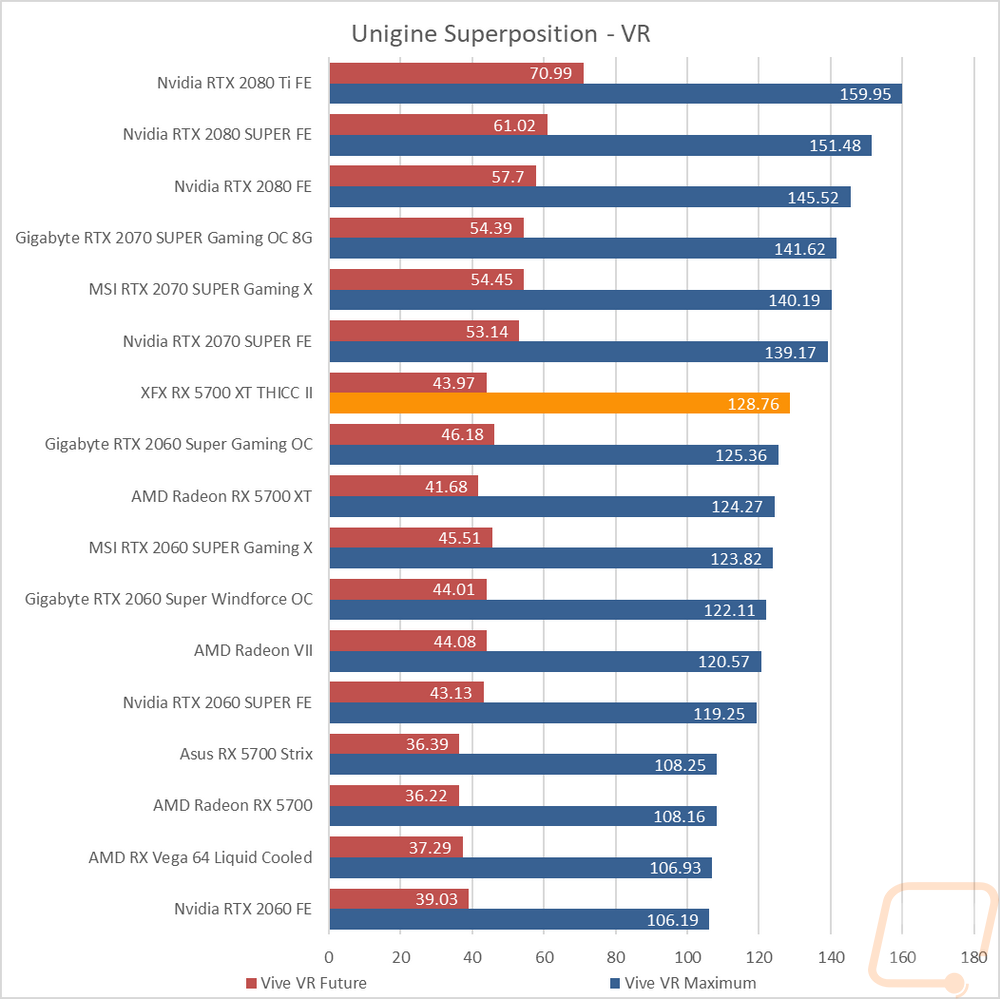 VRMark I tested two tests as well, one the higher current day detail level and another future-looking detail setting which they call the blue room. The result was similar. In the cyan room test the Thicc II did extremely well, with 11 FPS over the reference and 12/13 FPS above the fastest 2060 SUPER. But in the future looking test it fell behind all of the 2060 SUPER. In this specific situation, the blue room aka the future looking test is well below playable on anything tested, so not performing well there isn’t as much of a concern as not performing well in the current day high detail VR situations would be. The 5700 XT Thicc II Ultra is going to handle all of your VR gaming just fine, if anything it might be more power than needed currently. 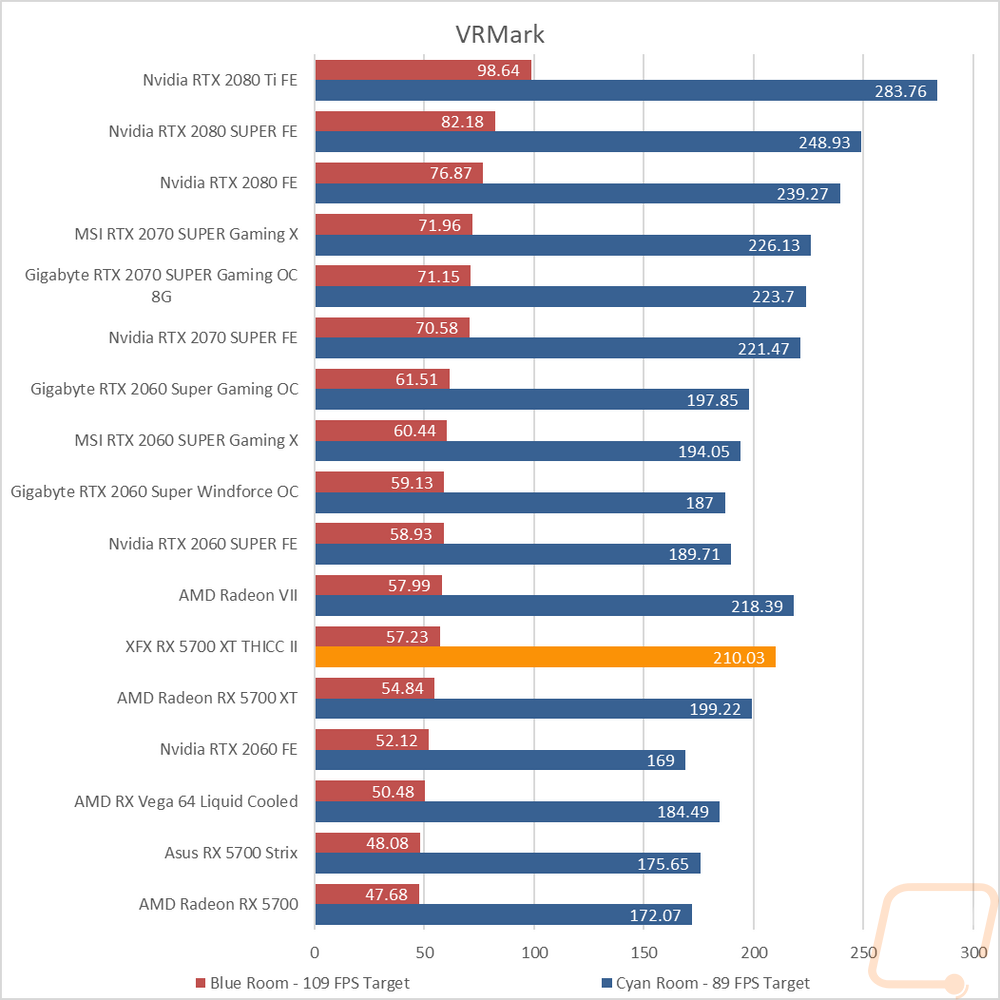 We have 1297 guests and no members online