The last batch of testing is also to me the most important. There are game performance specific but they are all areas that you should keep in mind when picking out a video card. They are also normally the only area where cards with the same GPU from different companies can stand out, especially when the rest of the performance is so close like the MSI and Asus 11Gbps cards. The first test is a look at power usage of our entire test bench when put under load in 3DMark. Surprisingly the Asus card came in at 353 watts, almost 20 watts less than the MSI with a similar clock speed. When you consider this is in line with the RX580 that is much slower, the Strix GTX 1080 11Gbps is really power efficient for its performance.

Next, I took a look at overall fan noise. With fans not even turning on until you get to specific loads or temperatures, it is hard to get a spot on test that shows in game numbers consistently so I test the card at 50 and 100% fan speeds just so we can get an idea of the overall noise levels the card can reach. The 50% results on the Strix card were good but when turned all the way up things did get a little louder than I expected. Considering the card is actually on the lower half of the fan speeds graph I wasn’t expecting it to be as loud as it was. Overall though as long as you were cranking the card all the way up it wasn’t too bad. 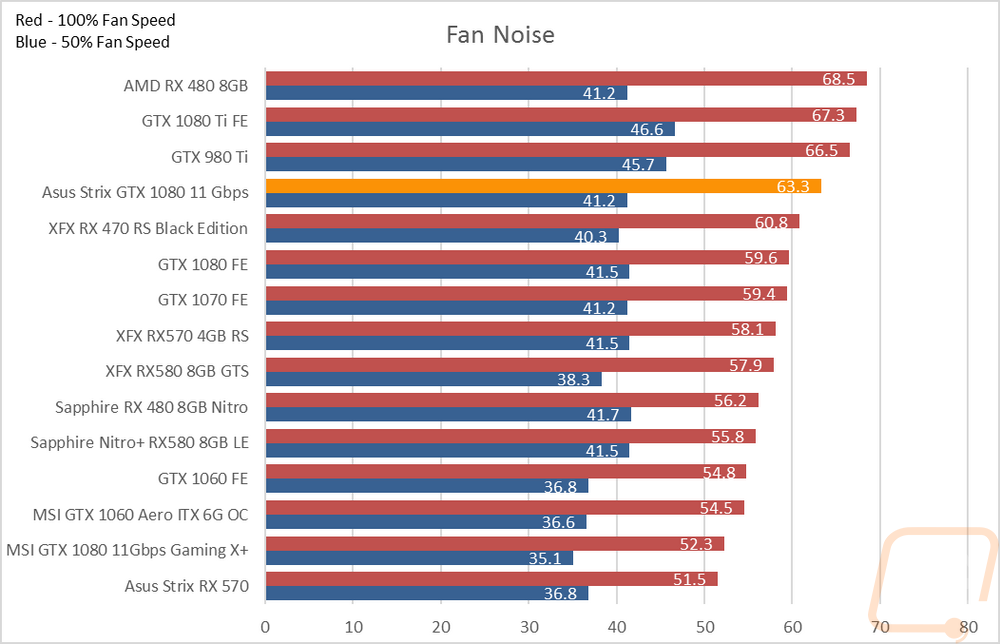 Okay so for the last tests I want to check out cooling performance. To do this I test with stock fan speeds while heating the card up in a loop in Valley Benchmark. Then I cool things down then test again with the fans turned to 100%. I do this to see what your out of box performance will be then to check the total cooling capacity, the delta between them shows us how much room is left for overclocking. With the huge cooler on this card, I expected it to run cool, but I was very surprised to see it land at the bottom of our charts. I ended up going back and retesting multiple times to be completely sure. This was three degrees below the MSI variant that also ran cool. So cranking the fans up helped a lot as well and still kept the Strix as the best in that test as well with a drop of 18 degrees. There is obviously a lot of cooling room left on top of how good it was with the stock profile. 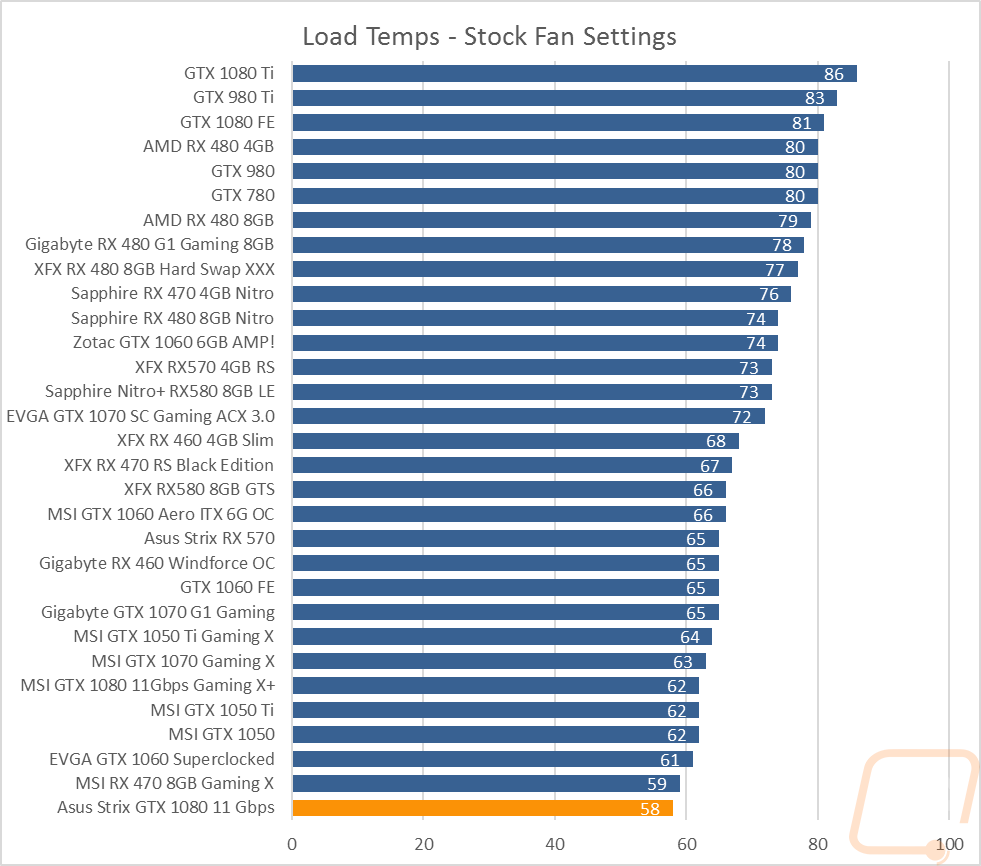 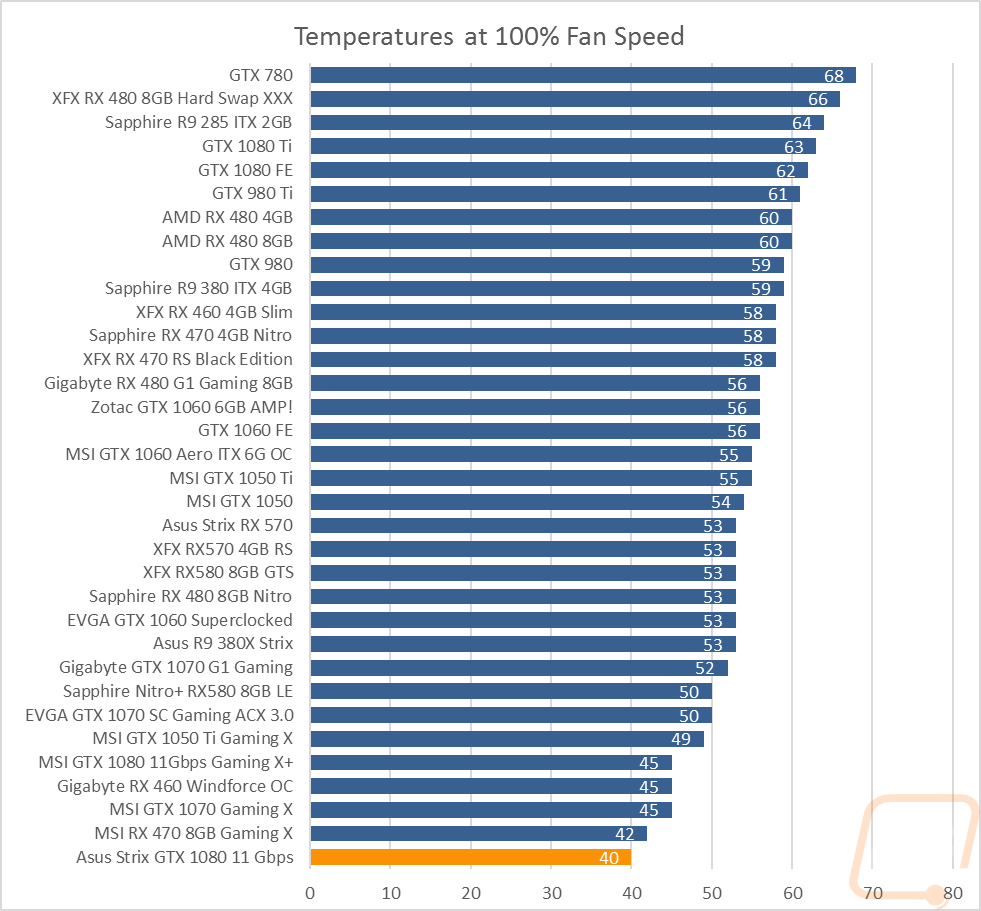