To start off my testing I ran the Strix GTX 1080 11Gbps through all of our Synthetic benchmarks to get a look at how the card compares to other cards. I was mostly focused on how it compares to the GTX 1080 and GTX 1080 Founders Editions and the other 11Gbps card from MSI that I tested a little over a month ago. I started off with 3DMark where I tested in Fire Strike at 1080p, 1440p, and 4k and I also tested in Time Spy for DX12 performance. In all four tests, the Asus card came in basically even with the similar MSI card. In Fire Strike, this put the Strix below the GTX 1080 Ti and the RX 580’s in Crossfire but well above the original GTX 1080. 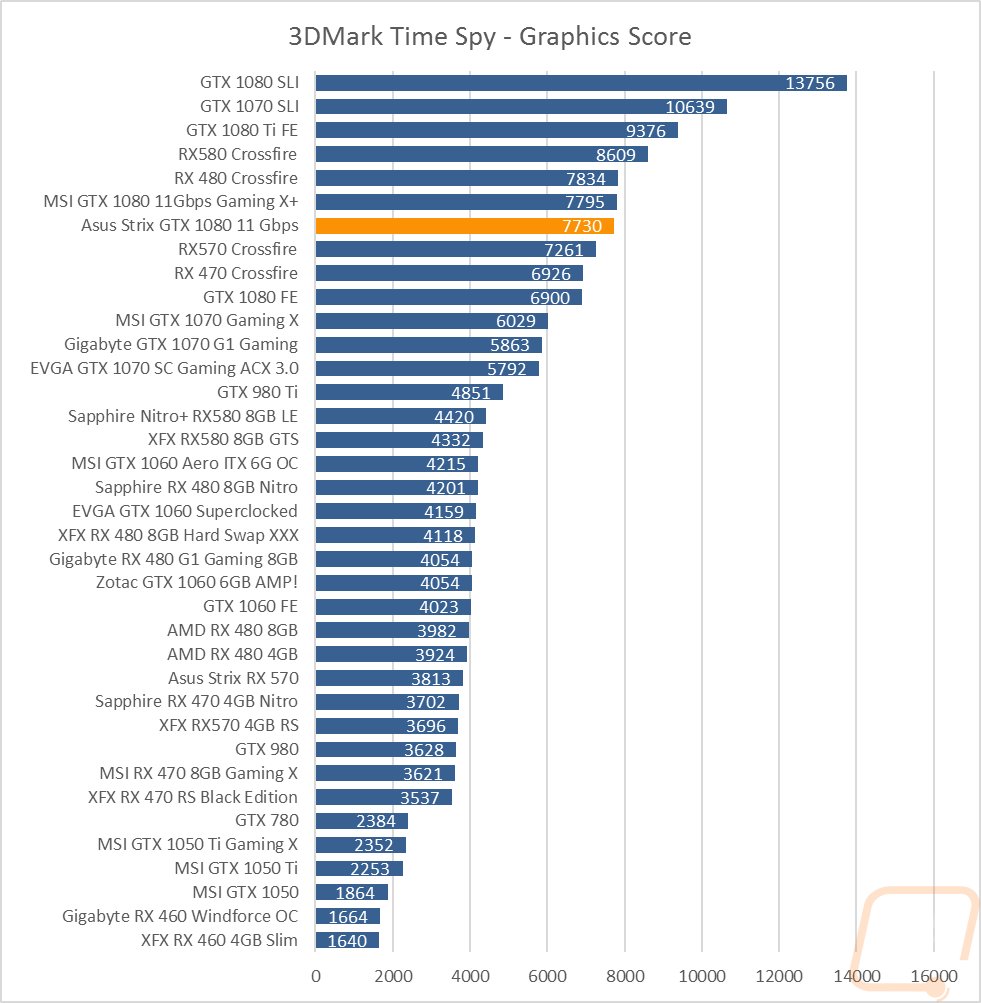 The next tests were both Unigine based. I tested in the older Valley Benchmark then again with the new Superposition benchmark at a whole range of resolutions. The Valley numbers came in a little off from what I expected, I’m not sure what was going on there but Superposition was up in line with expected. At 1080p the numbers were on par with the MSI. Turning the detail up as well as the resolution the GTX 1080 Ti pulled ahead and once again the two 11Gbps cards matched each other. 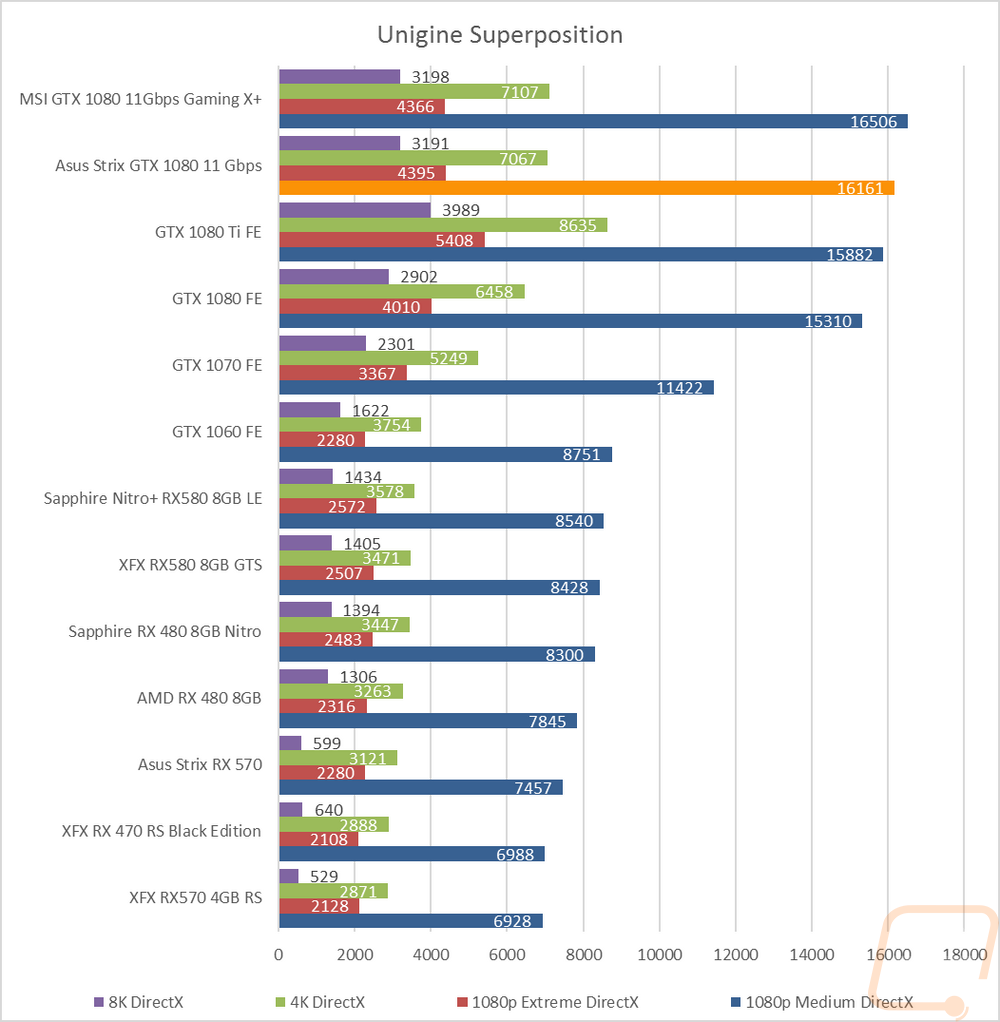 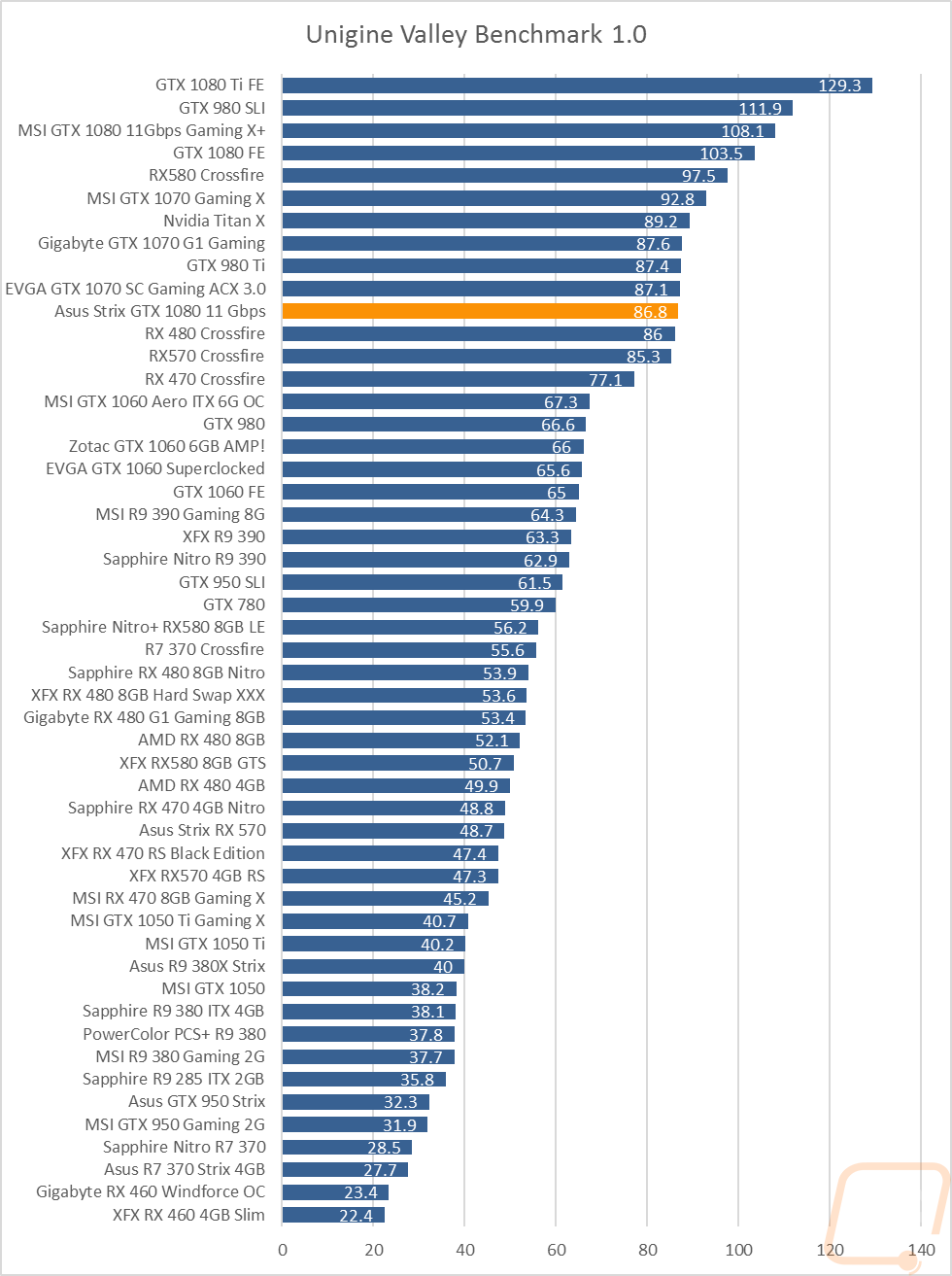 The last tests were in Catzilla where I tested, 1080p, 1440p, and 4k resolutions in the always weird benchmark. In all three tests, the MSI and Asus 11Gbps cards were basically the same. This put them ahead of the normal GTX 1080 and in behind the 1080 Ti and the two 1080’s in SLI. 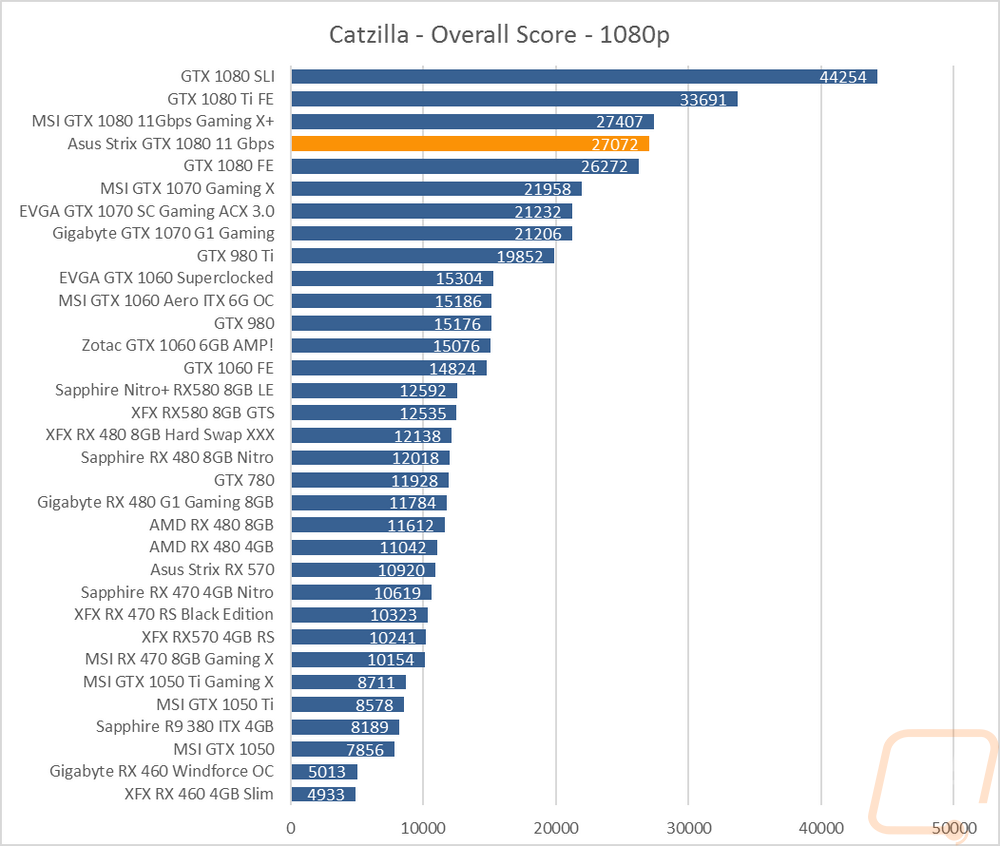 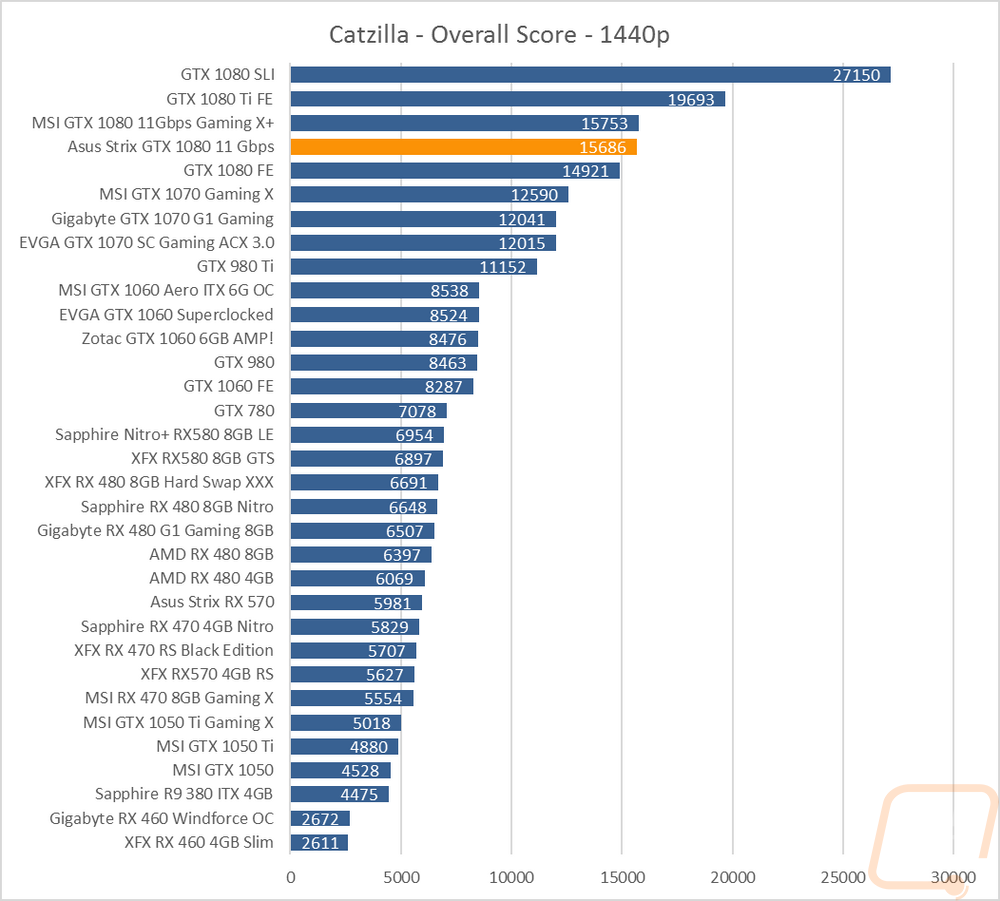 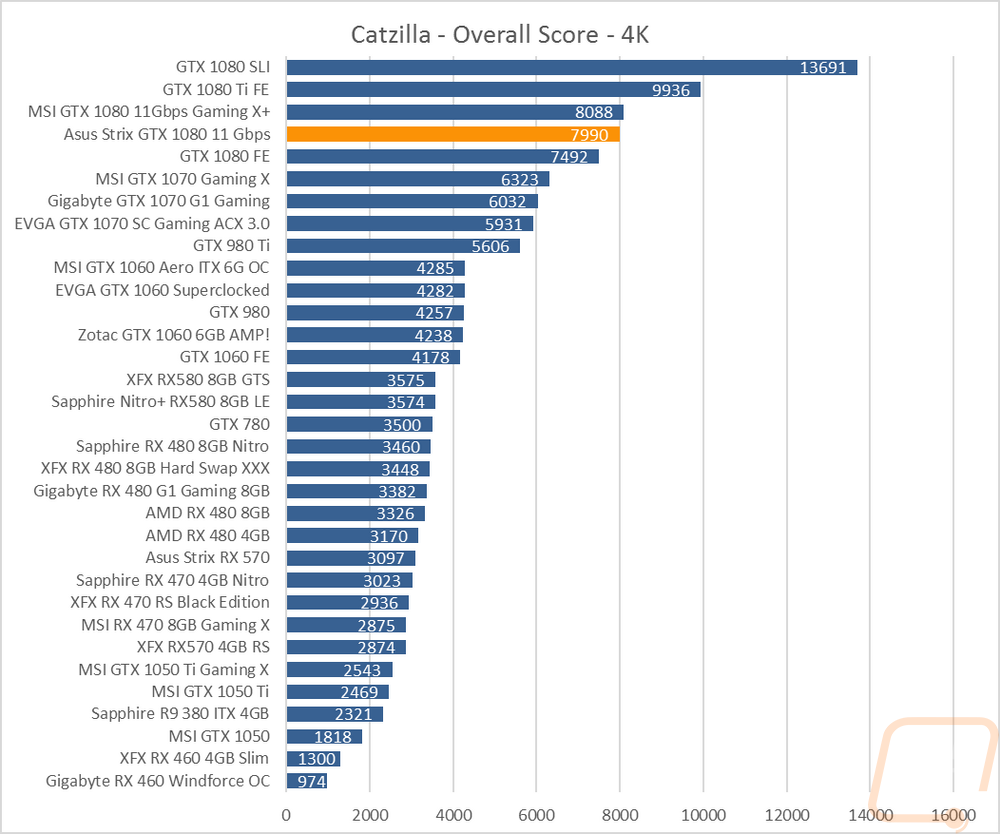