So how did the Asus Strix GTX 1080 11Gbps perform? Well at 1080p it completely smashed through every game I tossed at it with 7 games up over 120 FPS and the other 6 in the 60-119 FPS range. 1440p was a little more demanding but still mostly great with 4 above 120 FPS, 8 over 60 FPS, and just two in the 30 to 59 FPS range. Then at 4k things settled down with everything still playable but with the results split between over 60 and over 30 half and half. None of the games were unplayable at any resolution and really you have to crank things up to 4k before you even had to think about adjusting the settings to stay up above 60 FPS.

Looking at the actual results themselves the MSI and Asus 11Gbps cards traded blows in all of the games, just like in the Synthetic benchmarks and basically came out exactly the same. Given the very similar clock speeds that wasn’t too big of a surprise. In the few games that supported Crossfire the RX 580’s paired up were slightly faster but beyond that, only the GTX 1080 Ti competed with the juiced up GTX 1080’s. 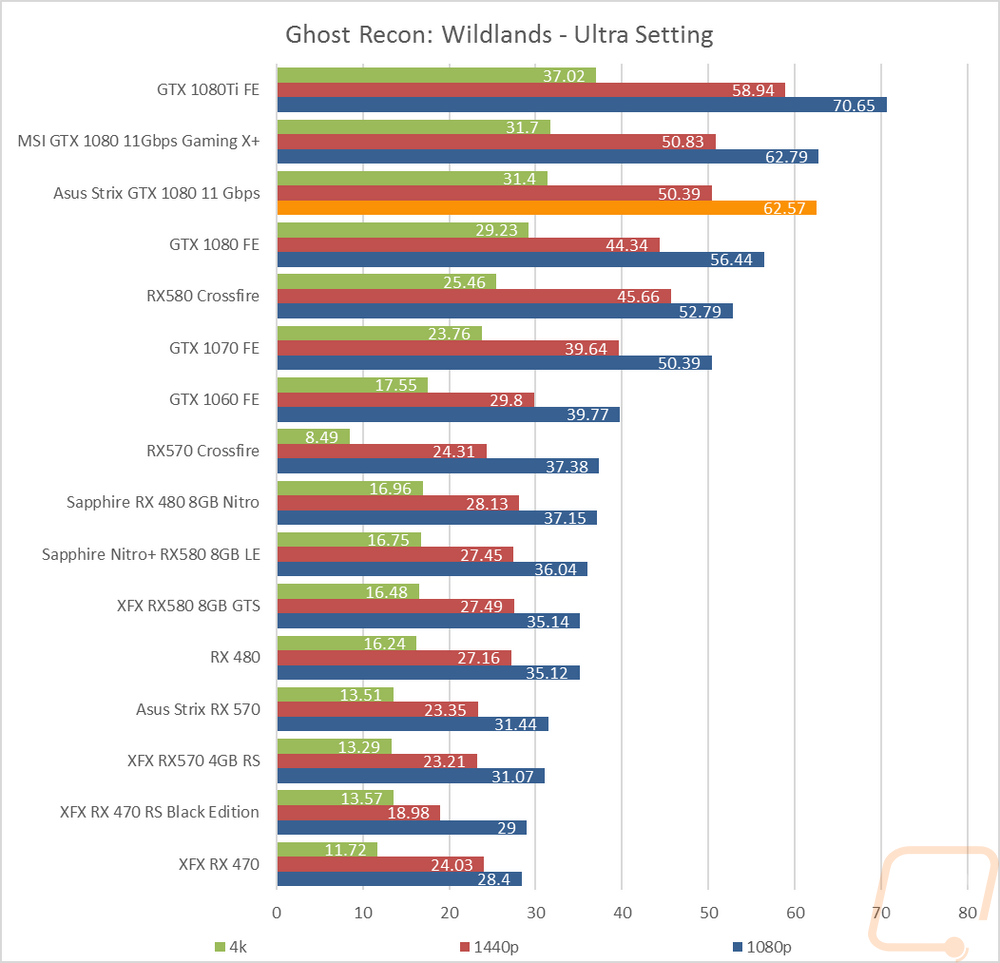 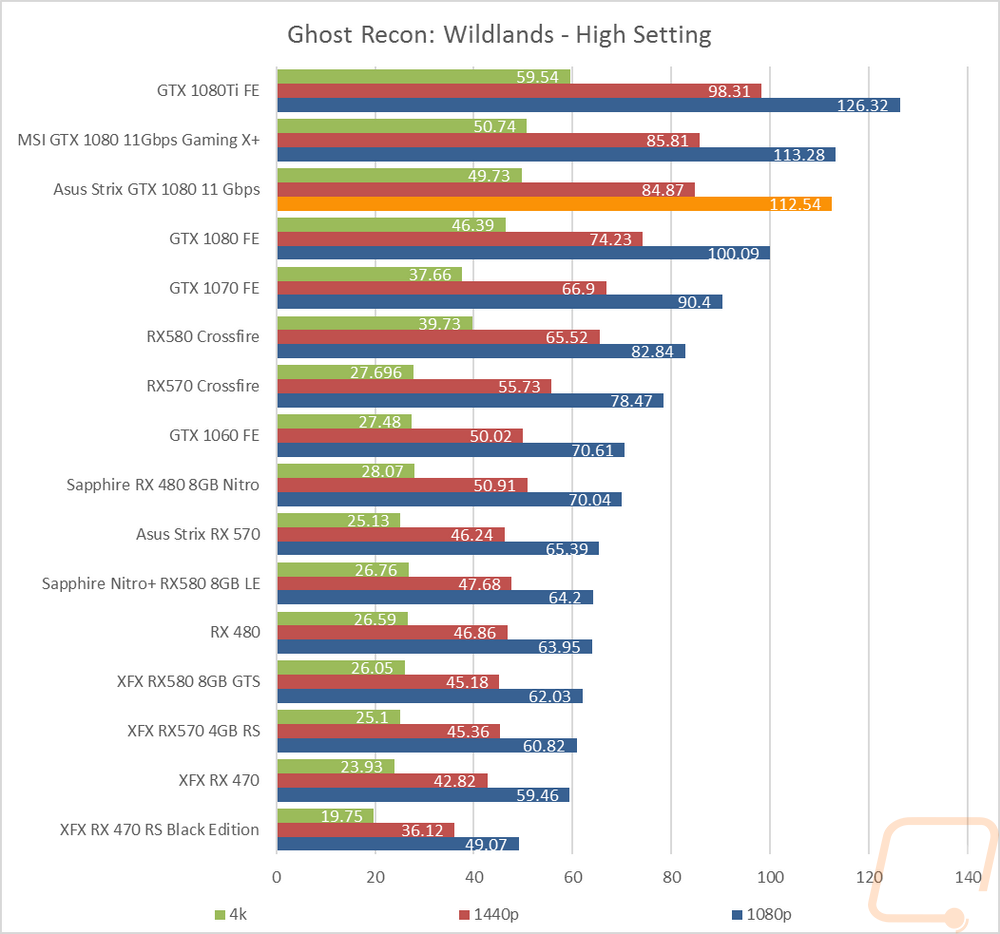 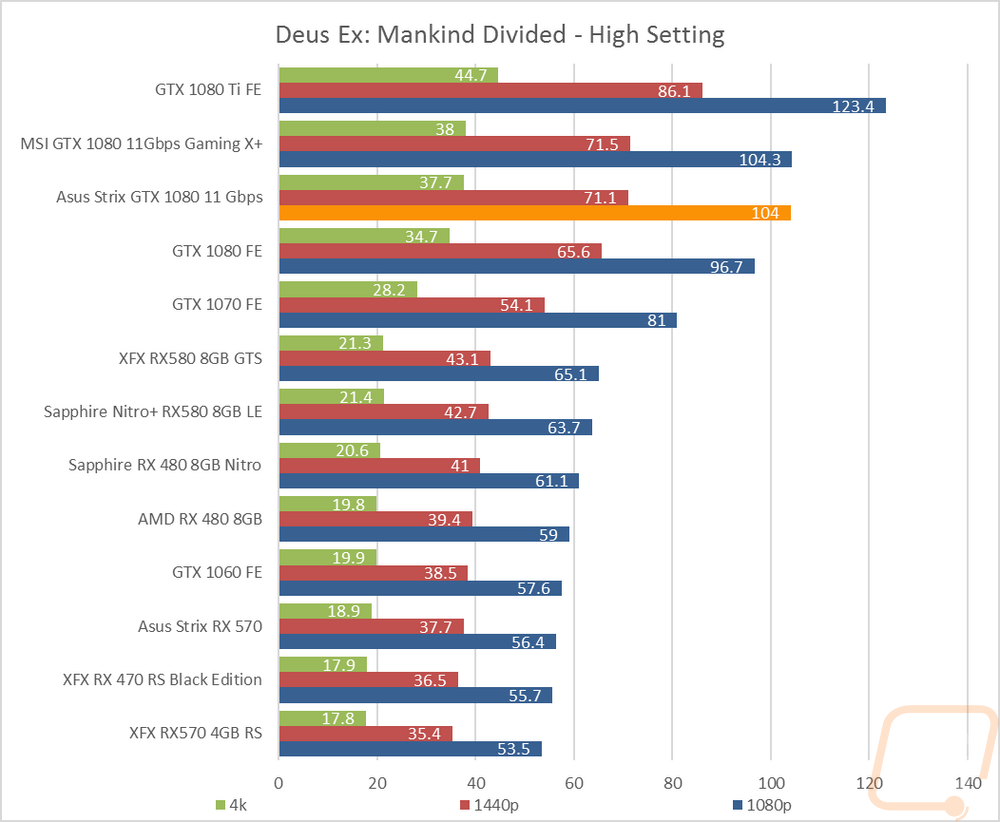 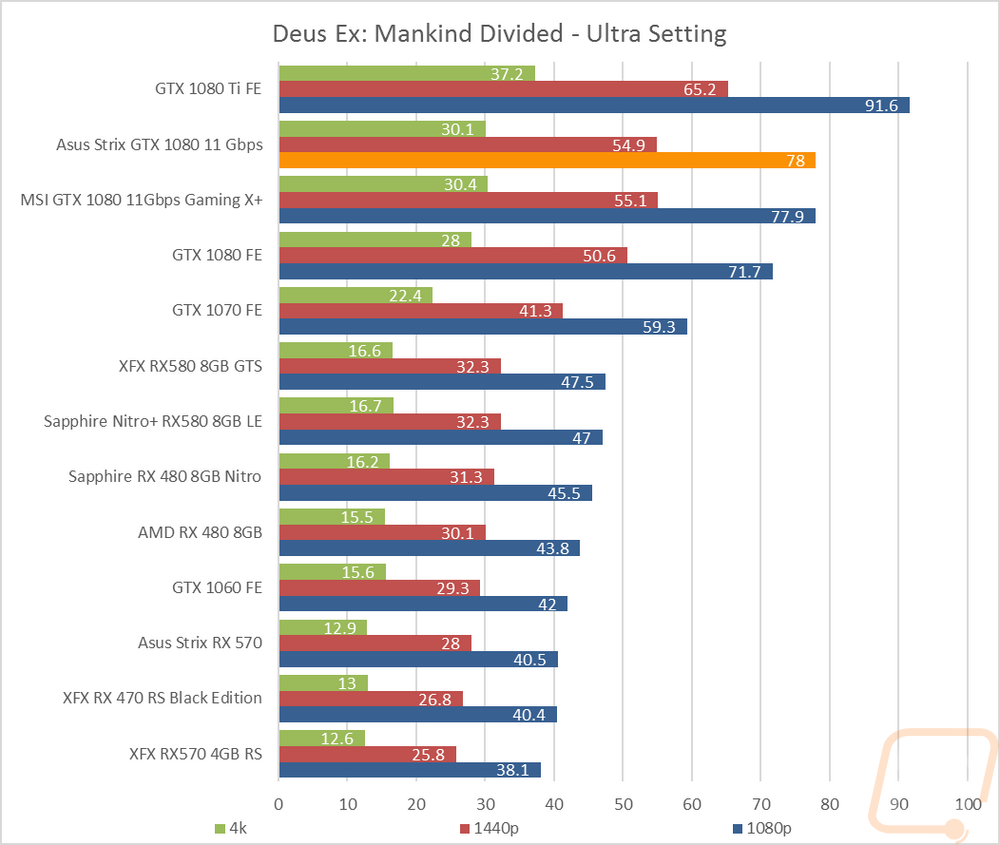 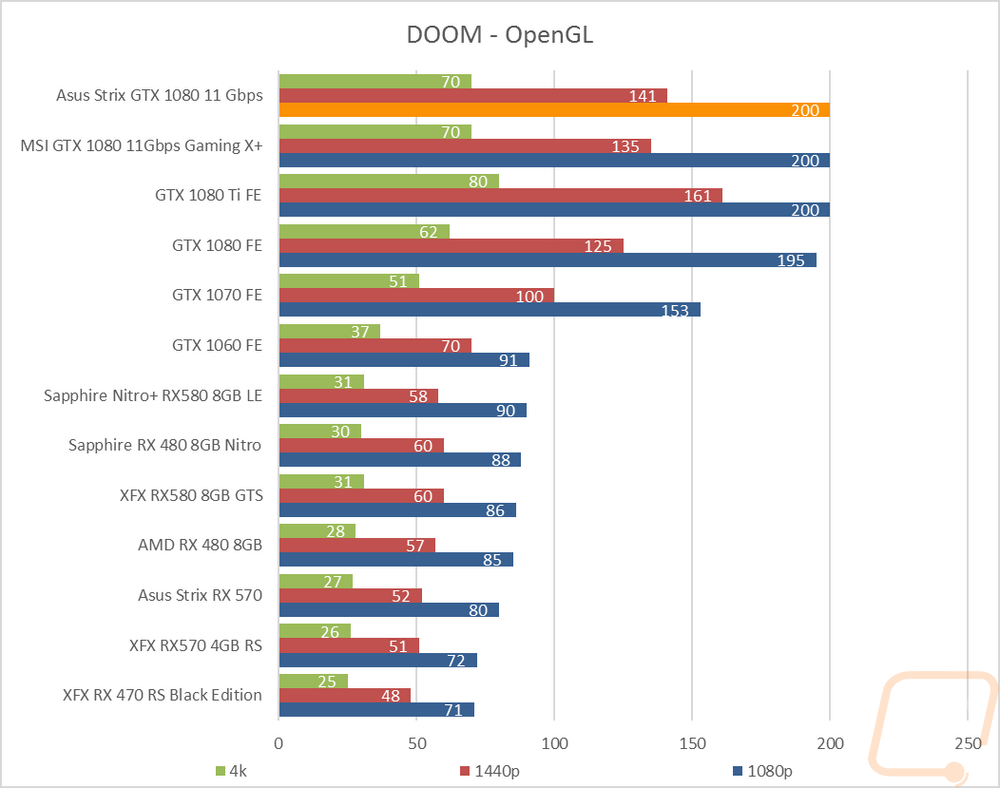 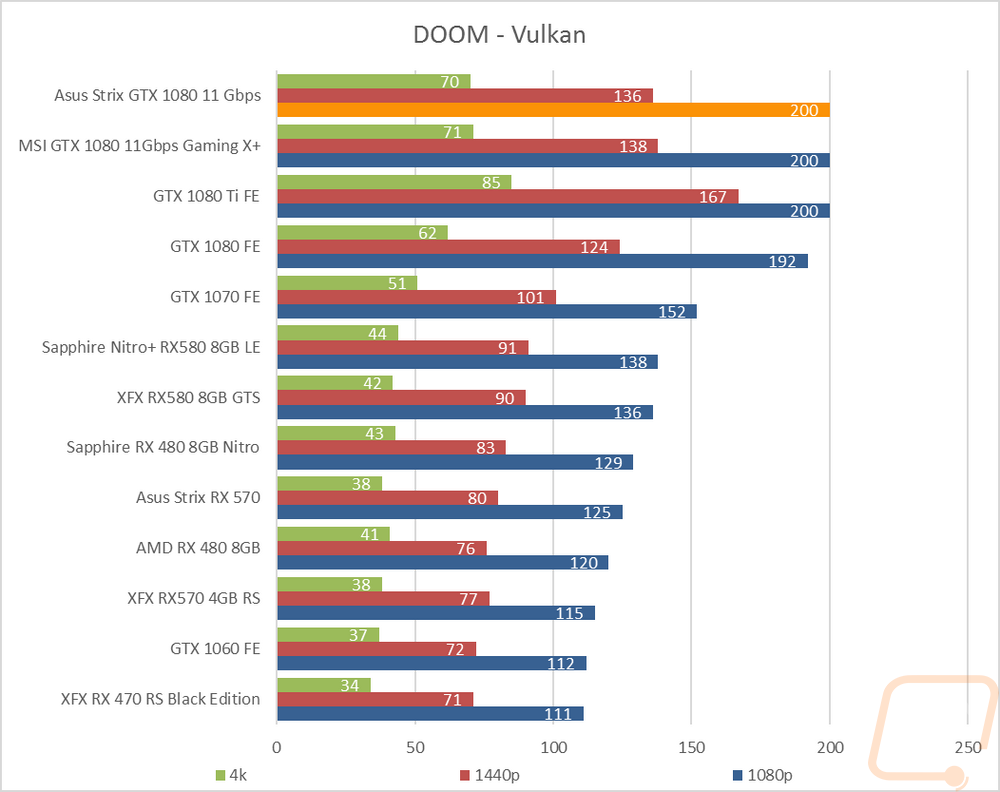 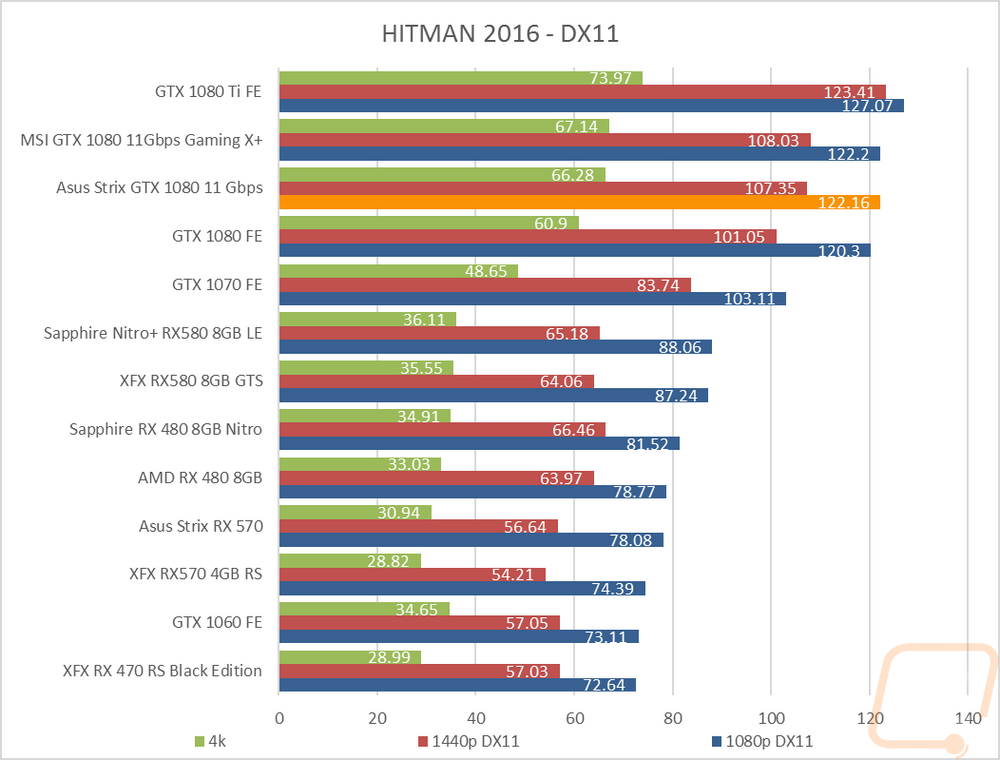 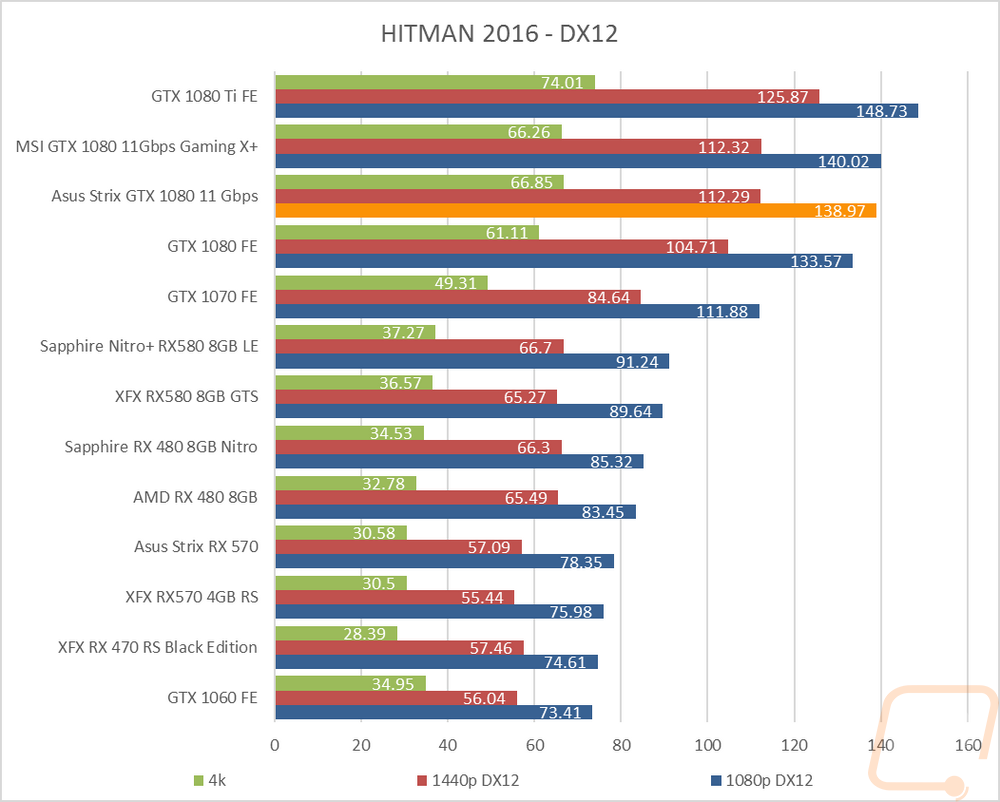 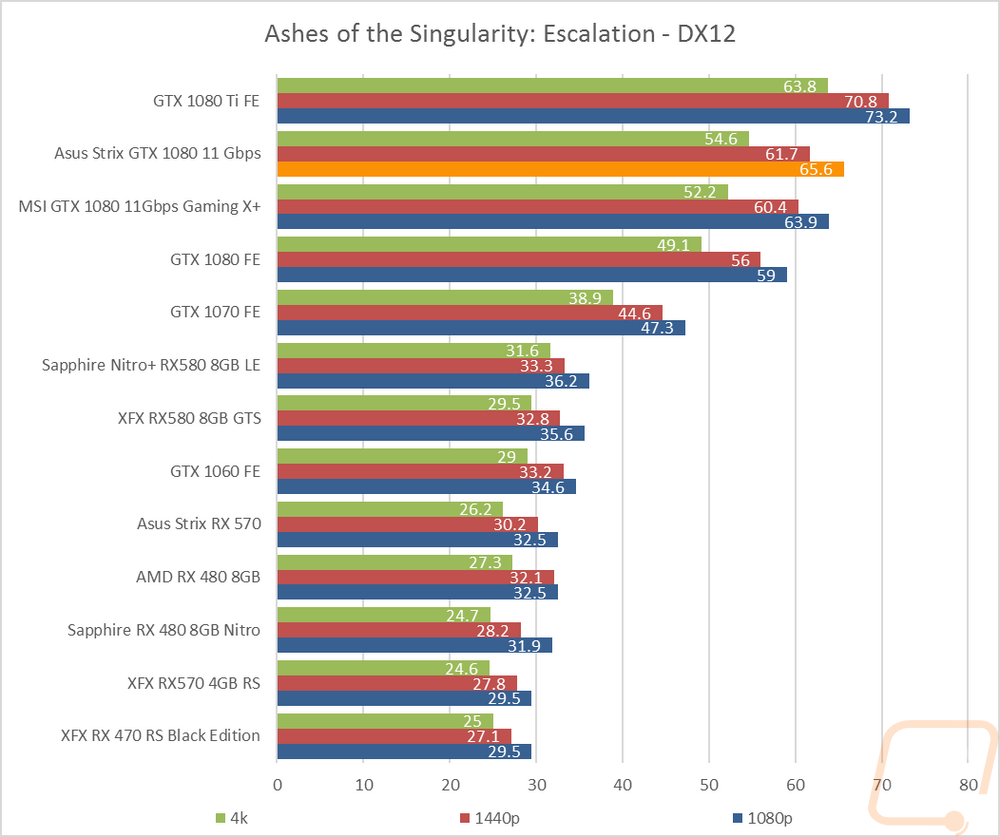 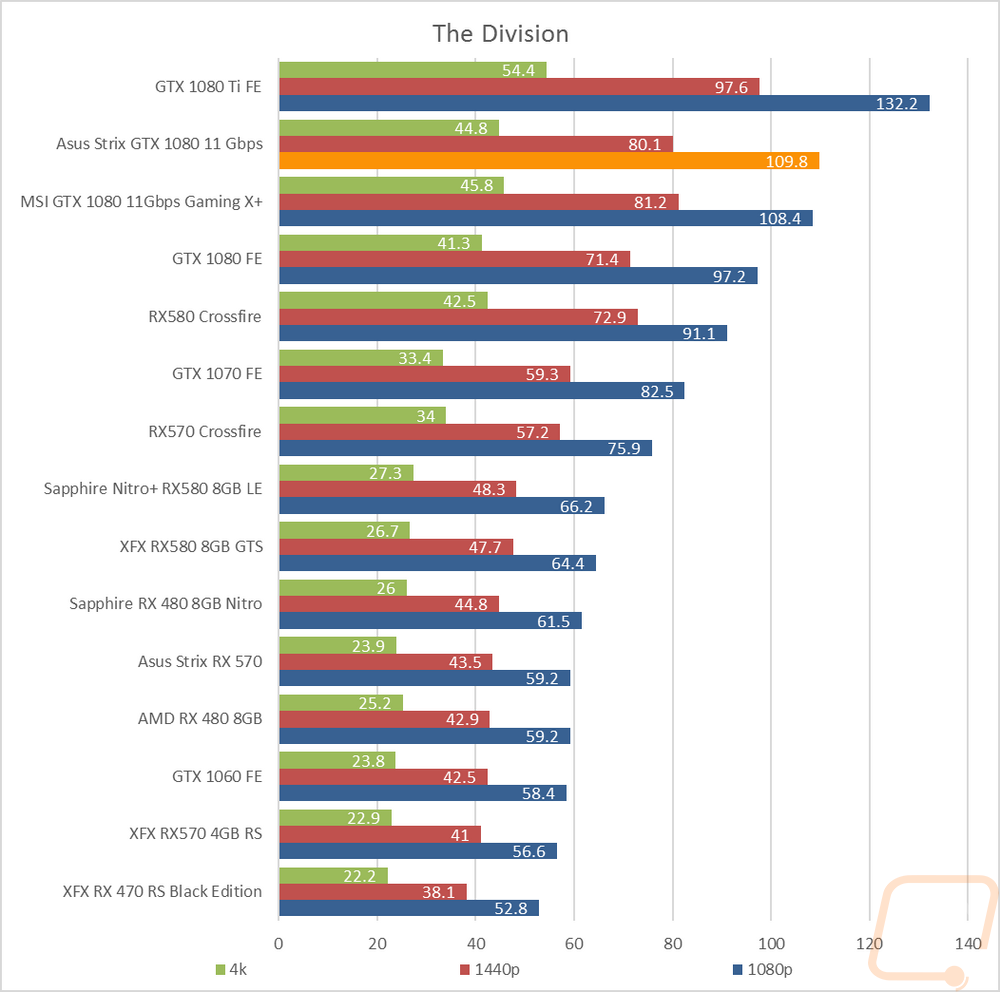 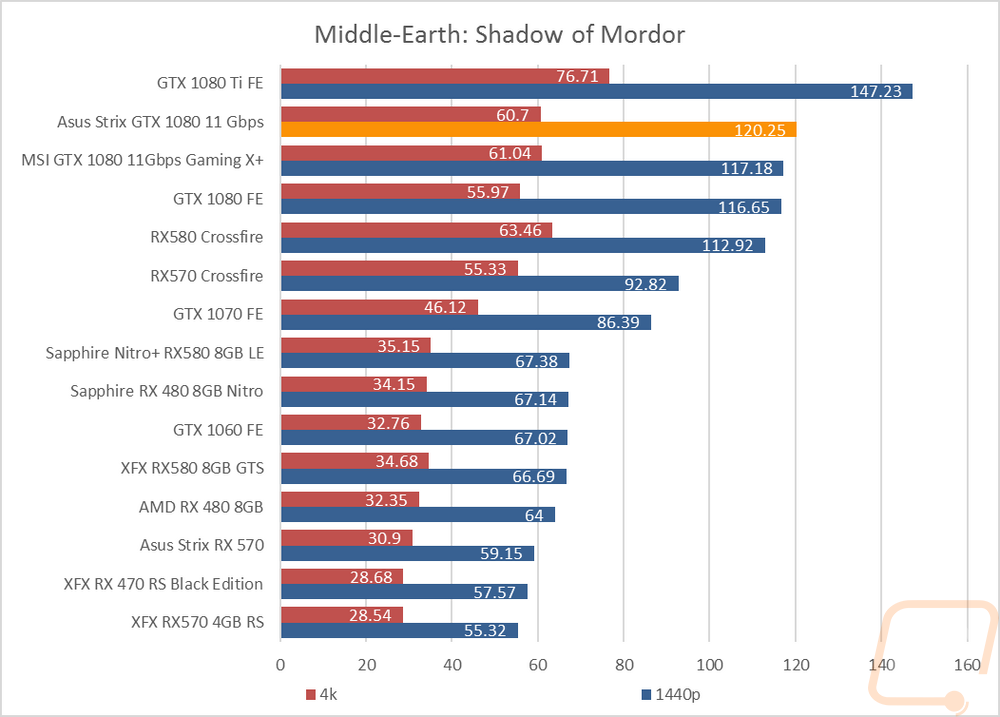 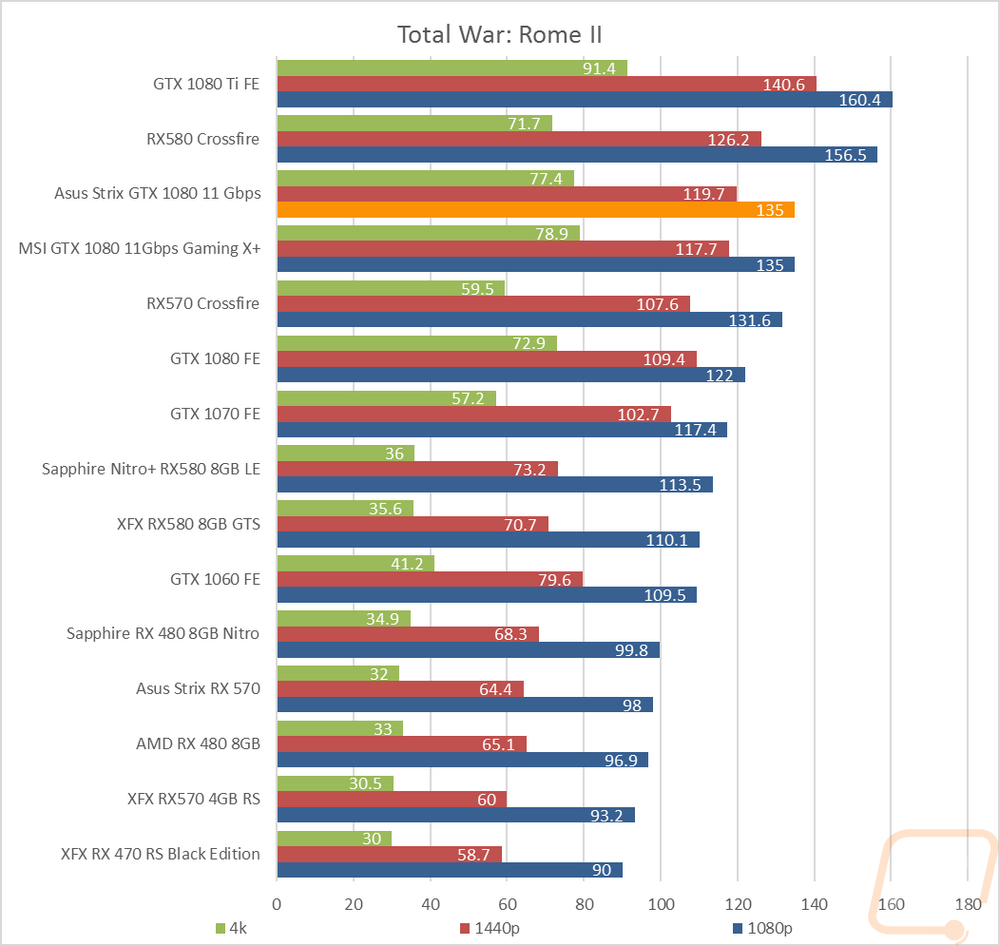 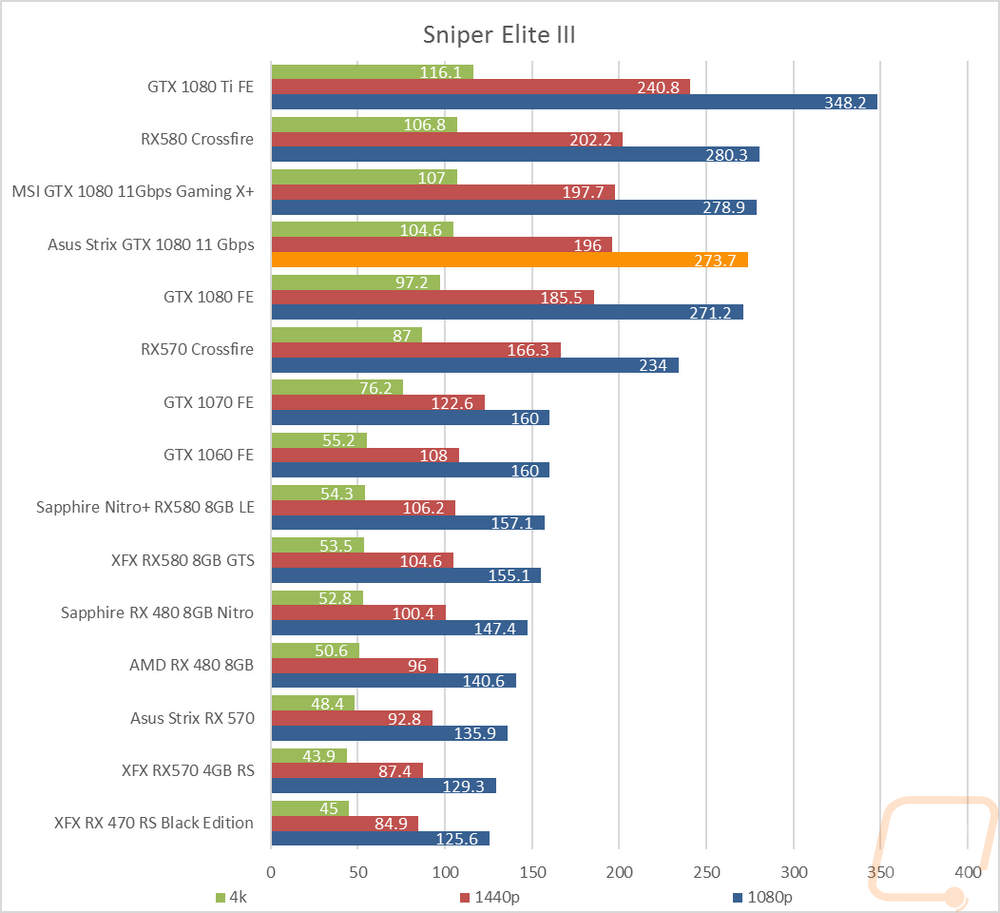 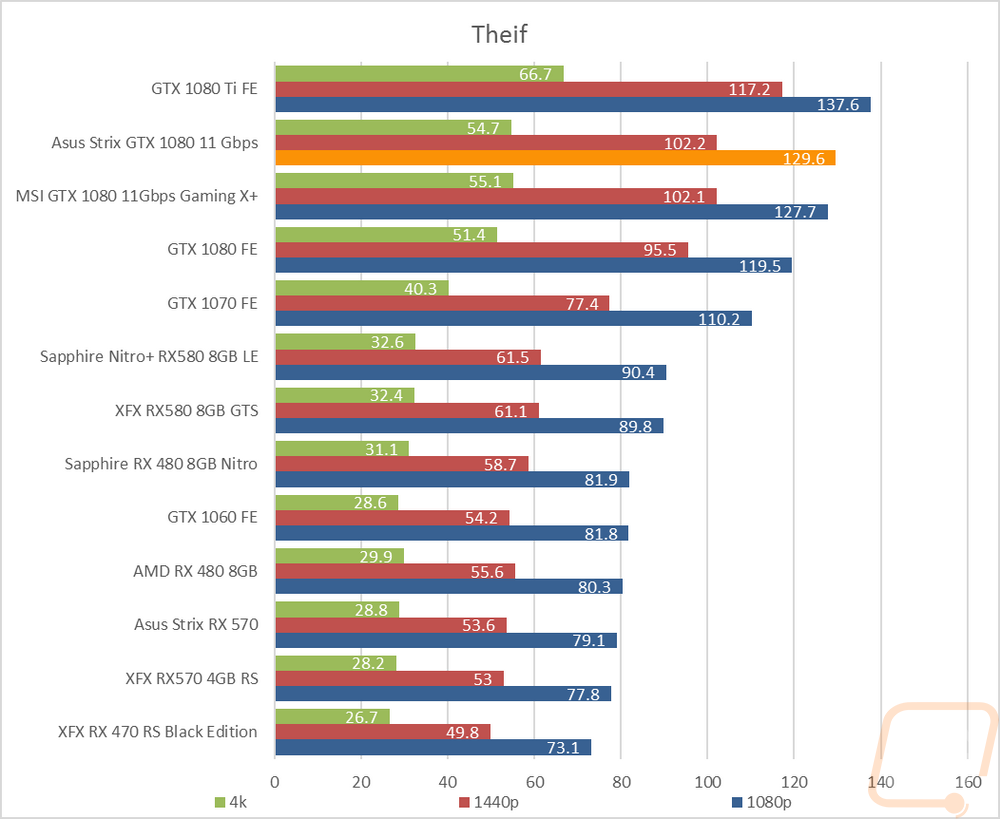 We have 1348 guests and no members online