Now we finally get into the in game performance and that is the main reason people pick up a new video card. To test things out I ran through our new benchmark suite that tests 9 games at three different resolutions (1080p, 1440p, and 4k). Most of the games tested have been run at the highest detail setting and a mid-range detail setting to get a look at how turning things up hurts performance and to give an idea of if turning detail down from max will be beneficial for frame rates. In total, each video card is tested 48 times and that makes for a huge mess of results when you put them all together. To help with that I like to start with these overall playability graphs that take all of the results and give an easier to read the result. I have one for each of the three resolutions and each is broken up into four FPS ranges. Under 30 FPS is considered unplayable, over 30 is playable but not ideal, over 60 is the sweet spot, and then over 120 FPS is for high refresh rate monitors.

So how did the Nvidia GeForce RTX 3070 perform? Well, Nvidia has the RTX 3070 targeted at the 1440p market but I did testing across all three. At 1080p performance was of course amazing, 12 of the tests came in at 120 FPS or higher which considering the detail levels that I test at. Getting esports title like performance is awesome. Even the most demanding titles came in still over 60 FPS as well. 1440p was similar really with 7 over 120 FPS and the other half were all over 60 FPS. Then at 4K, there is a performance drop off with 11 coming in over 60 FPS which is still solid, and 5 in the 30-59 FPS range which is still playable, and in most of those it was on the high end. 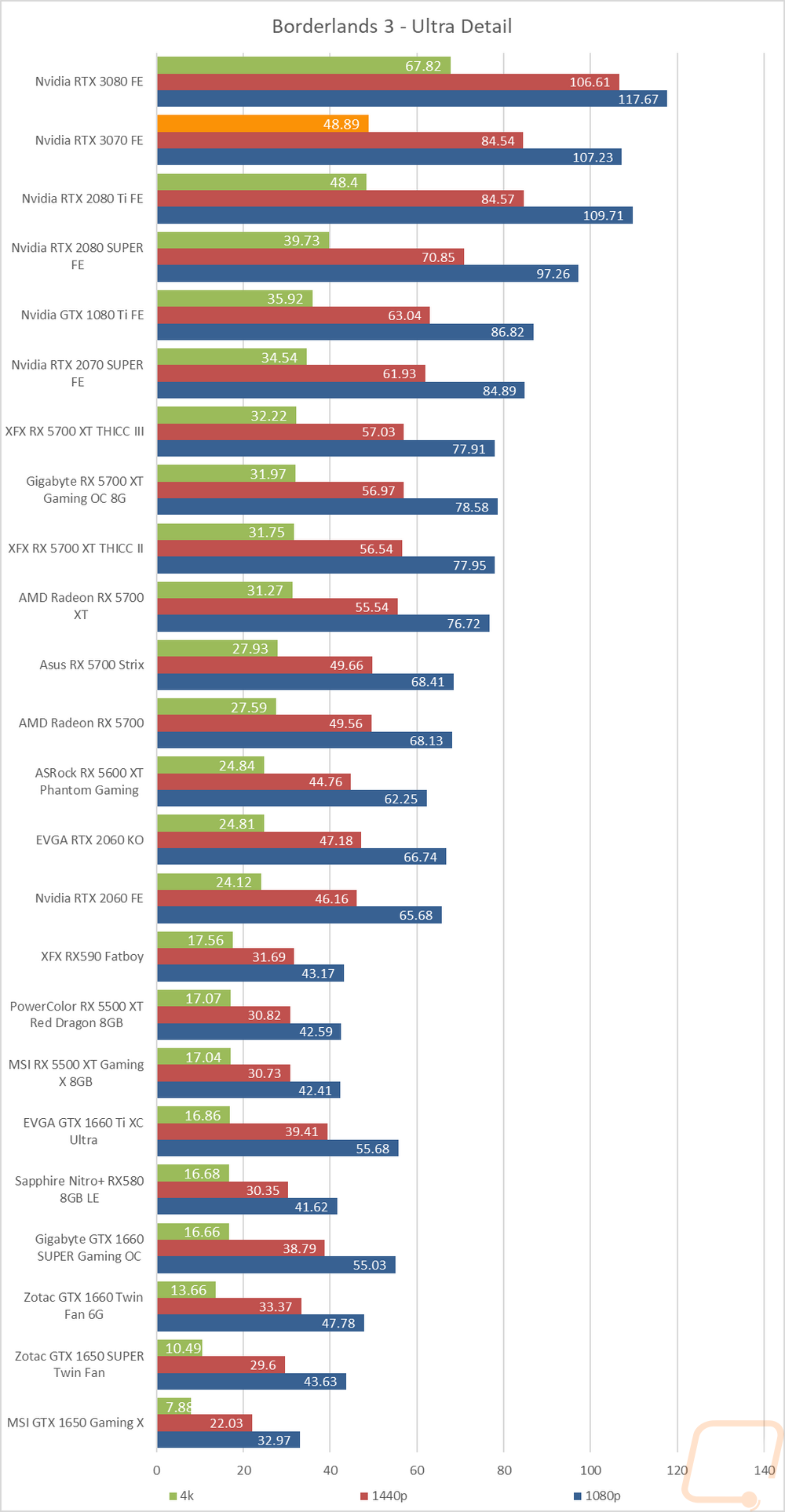 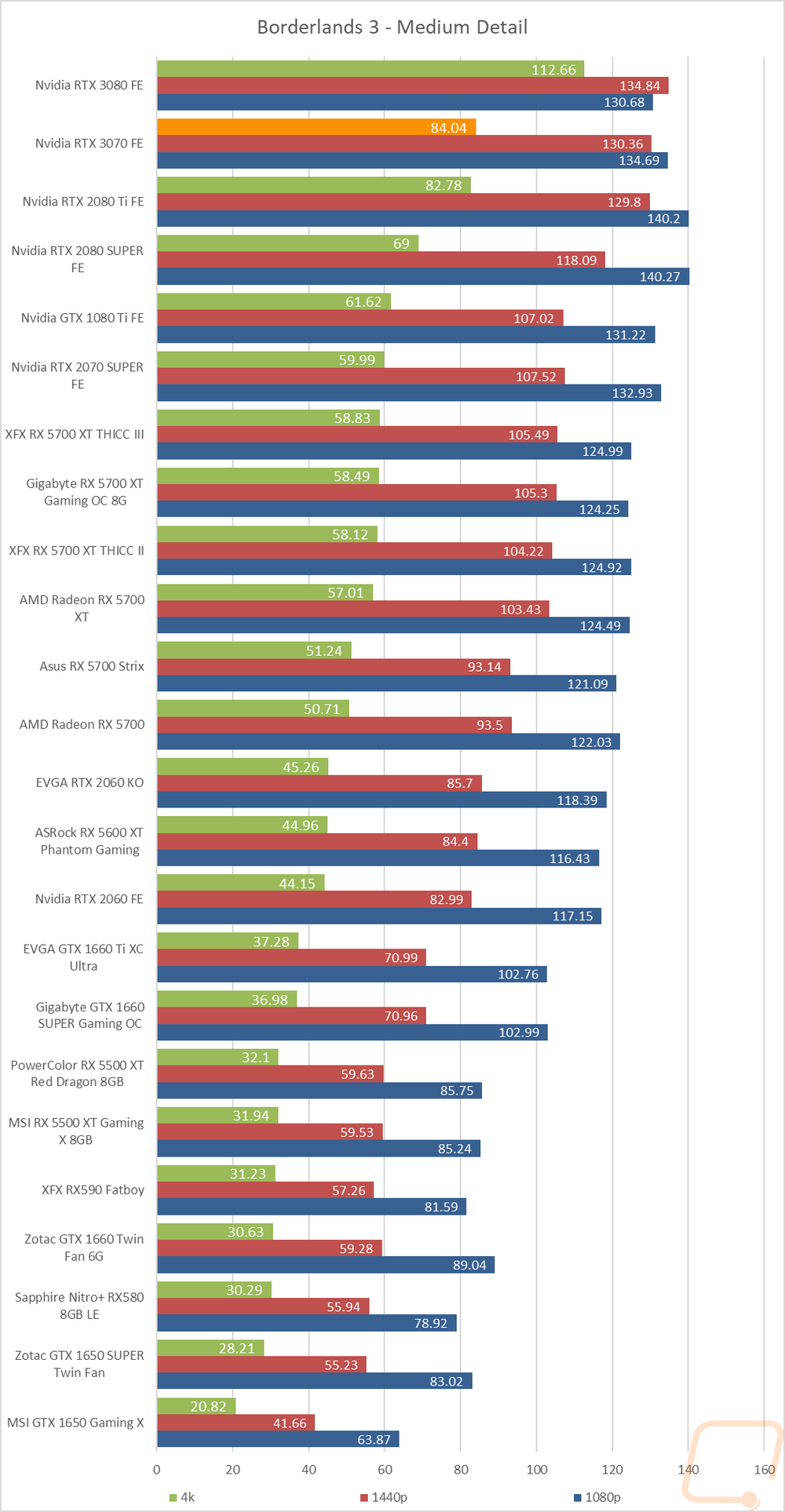 We have 1226 guests and no members online