Now some people don’t need a video card for gaming, they need the processing power for rendering or 2D/3D production, or in some cases people who game also do work on the side. So it is also important to check out the compute performance on all of the video cards that come in. That includes doing a few different tests. My first test was a simple GPU Compute benchmark using Passmark’s Performance Test 9 and the RTX 3070 did extremely well coming in with its 10726 score which was out ahead of the GTX 1080 Ti that has aged extremely well in compute performance as well as the 2080 Ti with just the 3080 being faster. 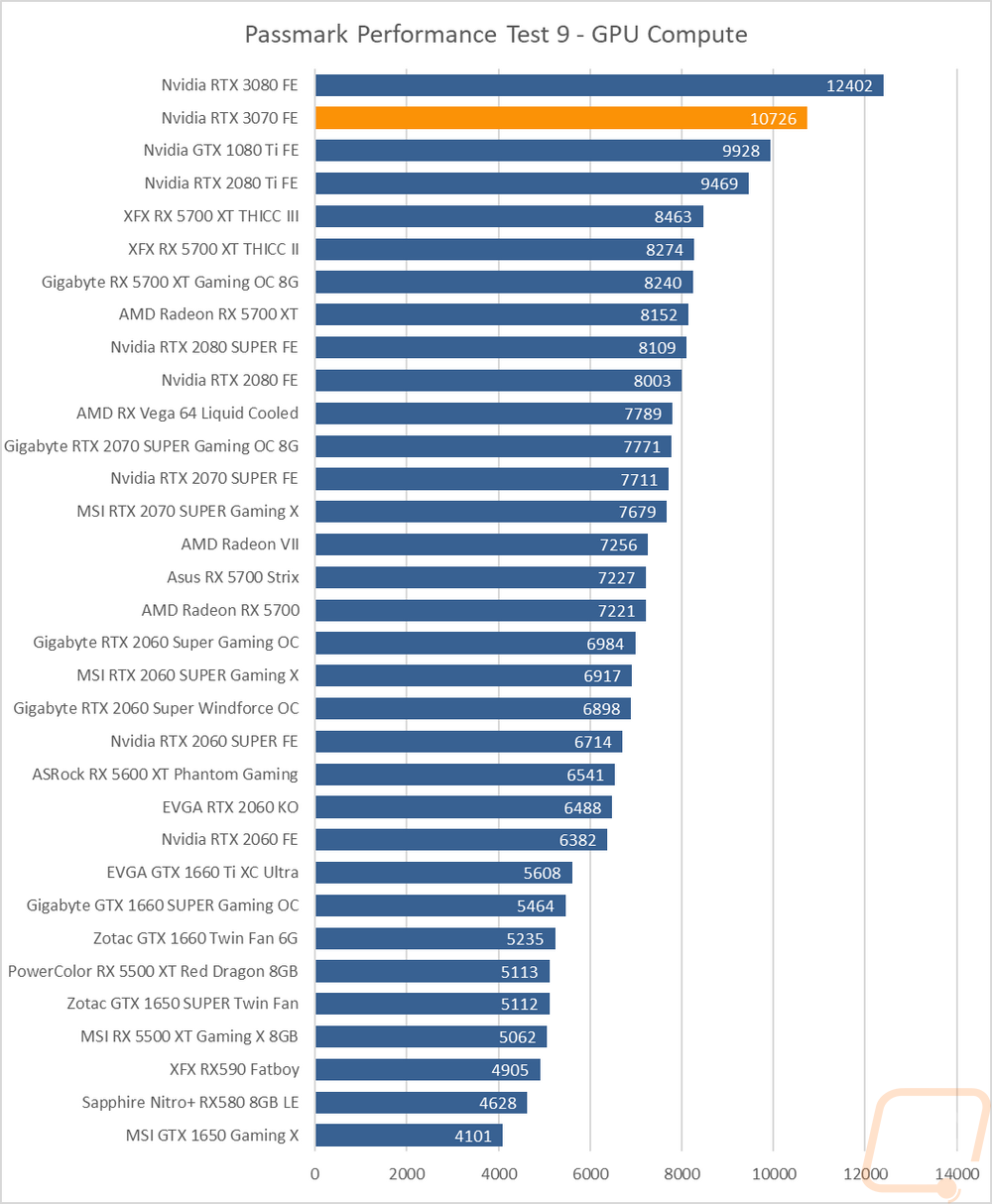 In Basemark in both the OpenGL and DirectX12 tests, the 2080 Ti still outperformed with the 3070 coming in just behind it in DX12 and behind the 2080 SUPER in Open GL. 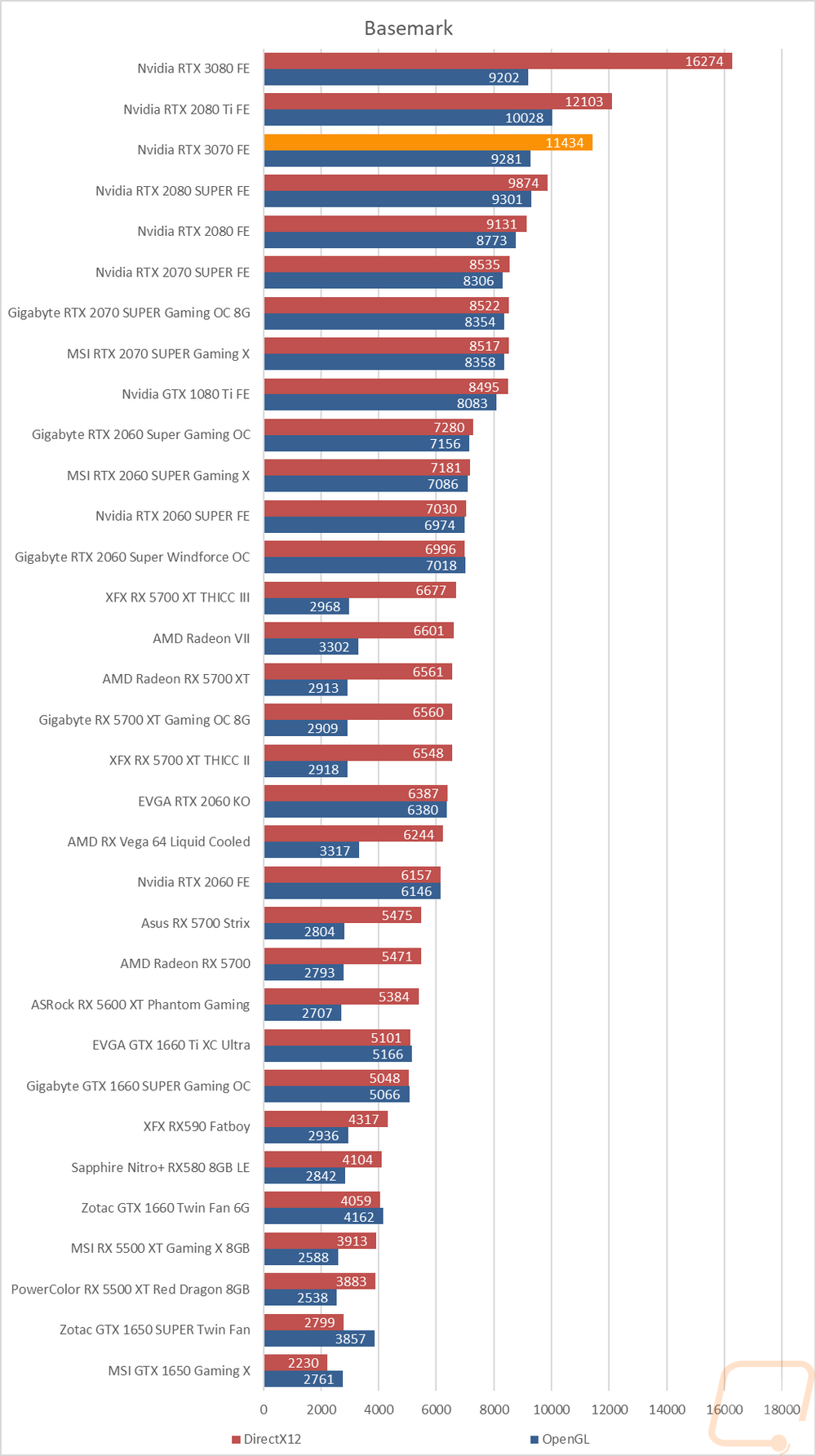 In Geekbench the OpenCL performance was solid and interestingly enough the Vulkan results had the 3070 a hair ahead of the 3080. It could be testing variance, or related to the boost clock being faster. But an odd result either way. 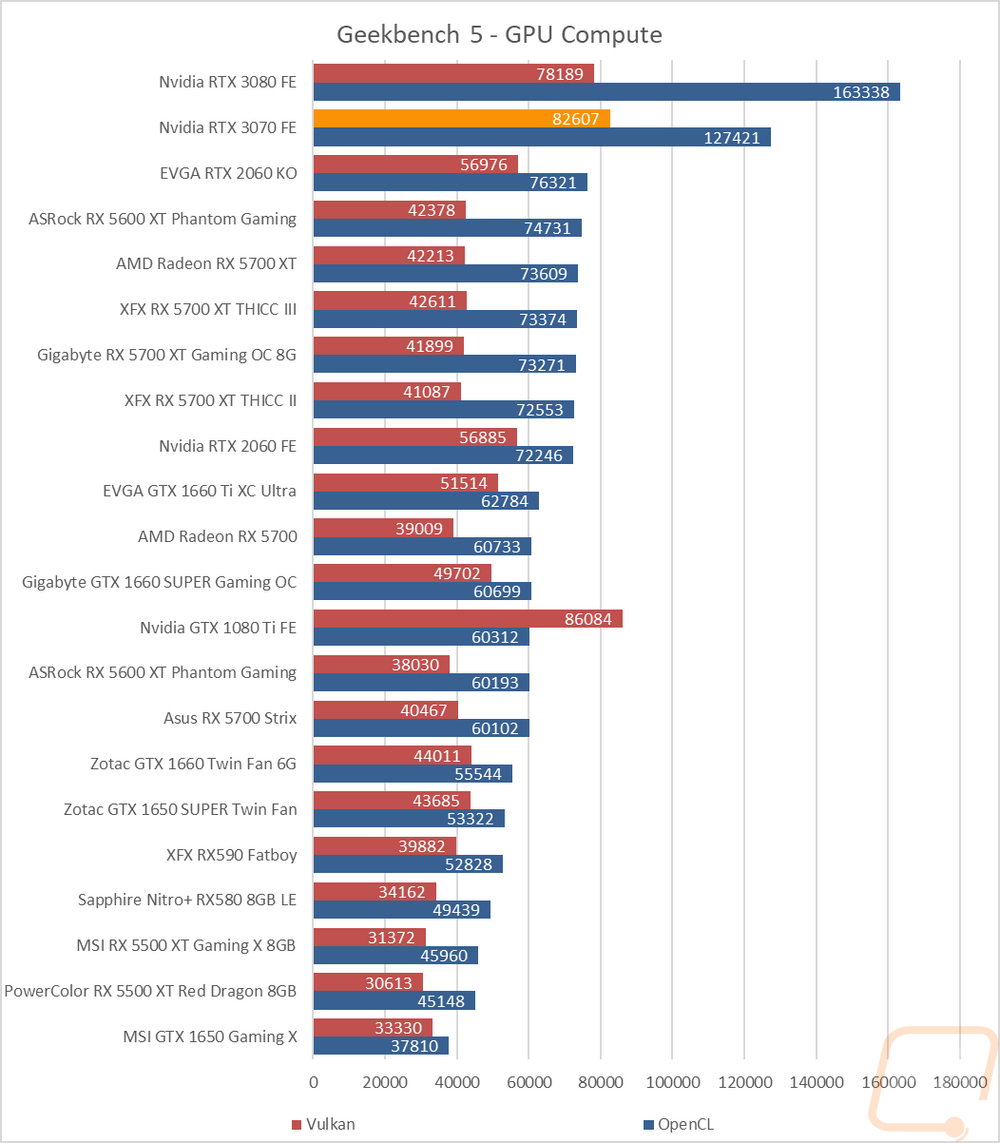 Last but not least we have Blender, which is my favorite compute benchmark because it is also the most realistic. It is open-source and popular in 3D rendering. In our standard BMW and Classroom test, the RTX 3070 FE shows just how much of a leap that Ampere has made, with the test finishing 70 seconds faster than the 2080 Ti. I also ran the same tests between CUDA and Optix which speeds things up even more with Optix being almost twice as fast at 73 seconds. 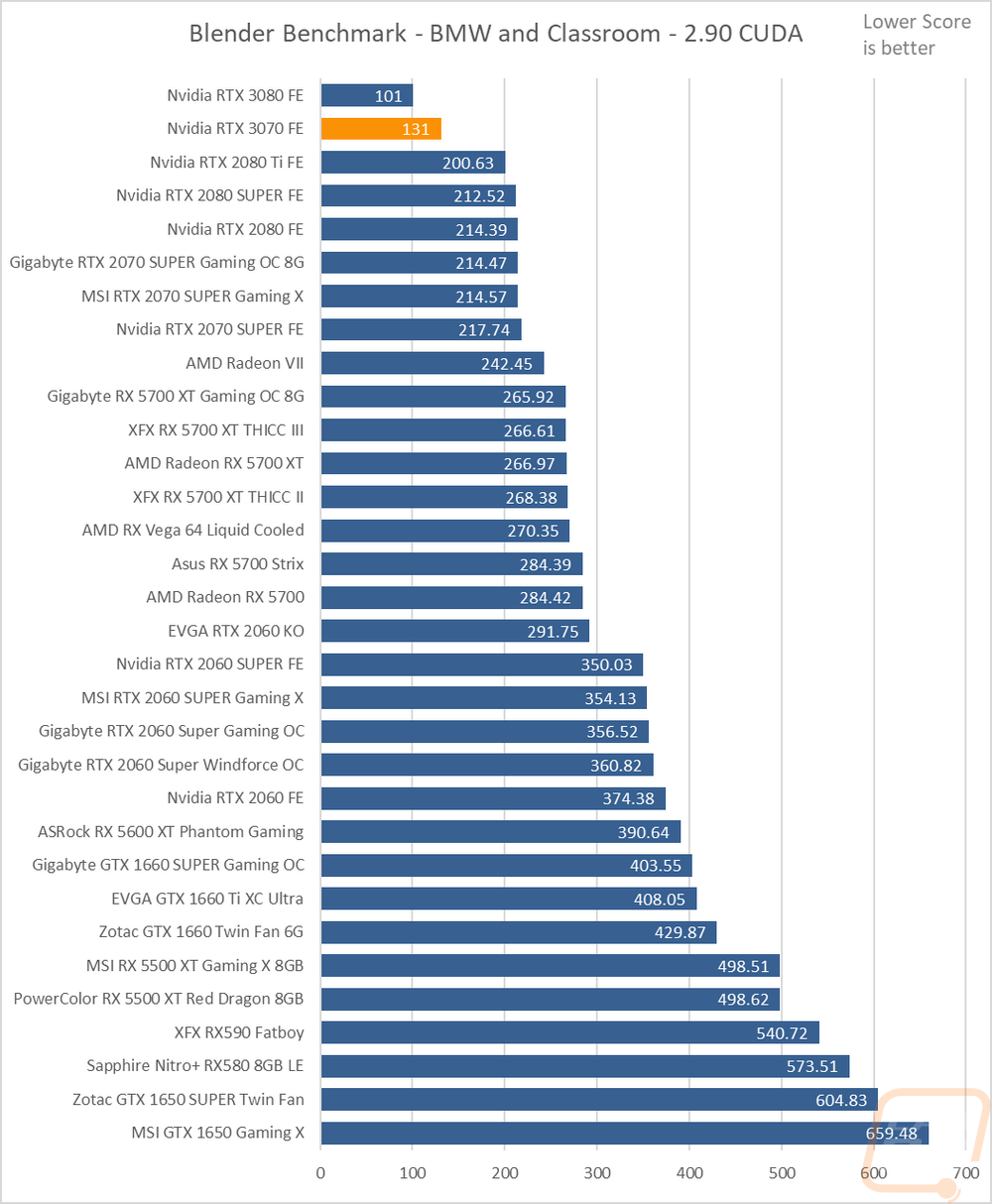 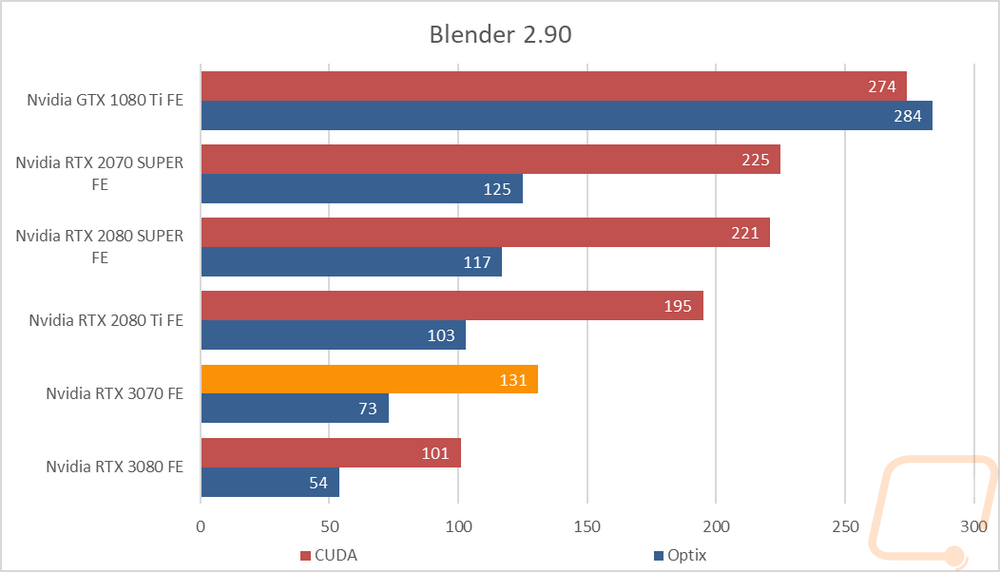 We have 1286 guests and no members online