As for Virtual Reality, I love it but it is more demanding than traditional gaming. This is partially because of the resolutions needed to render for two eyes and because they render more than what is immediately visible. But also because of post effects to get the proper “fisheye” effect for it to look proper in your eyes with the HMD. You also have to have much higher expectations for frame rates in VR, skipping frames or lower FPS can cause motion sickness in VR. Because of that, I ran a few tests.

My first test was again in Superposition. This time I tested the VR Maximum and VR Future tests using the Vive resolution. Like in the other Superposition test I tested at an extreme detail which this time is the VR Future test and a more reasonable detail which is the VR Maximum test. Here the RTX 3070 and the RTX 3080 were close on the maximum test which seems to be CPU limited in the highest end video cards but the VR Future results tell us a lot. The RTX 3070 came in at 65.065 FPS which is behind the 2080 Ti by 5 FPS with the 3080 out way ahead of that. 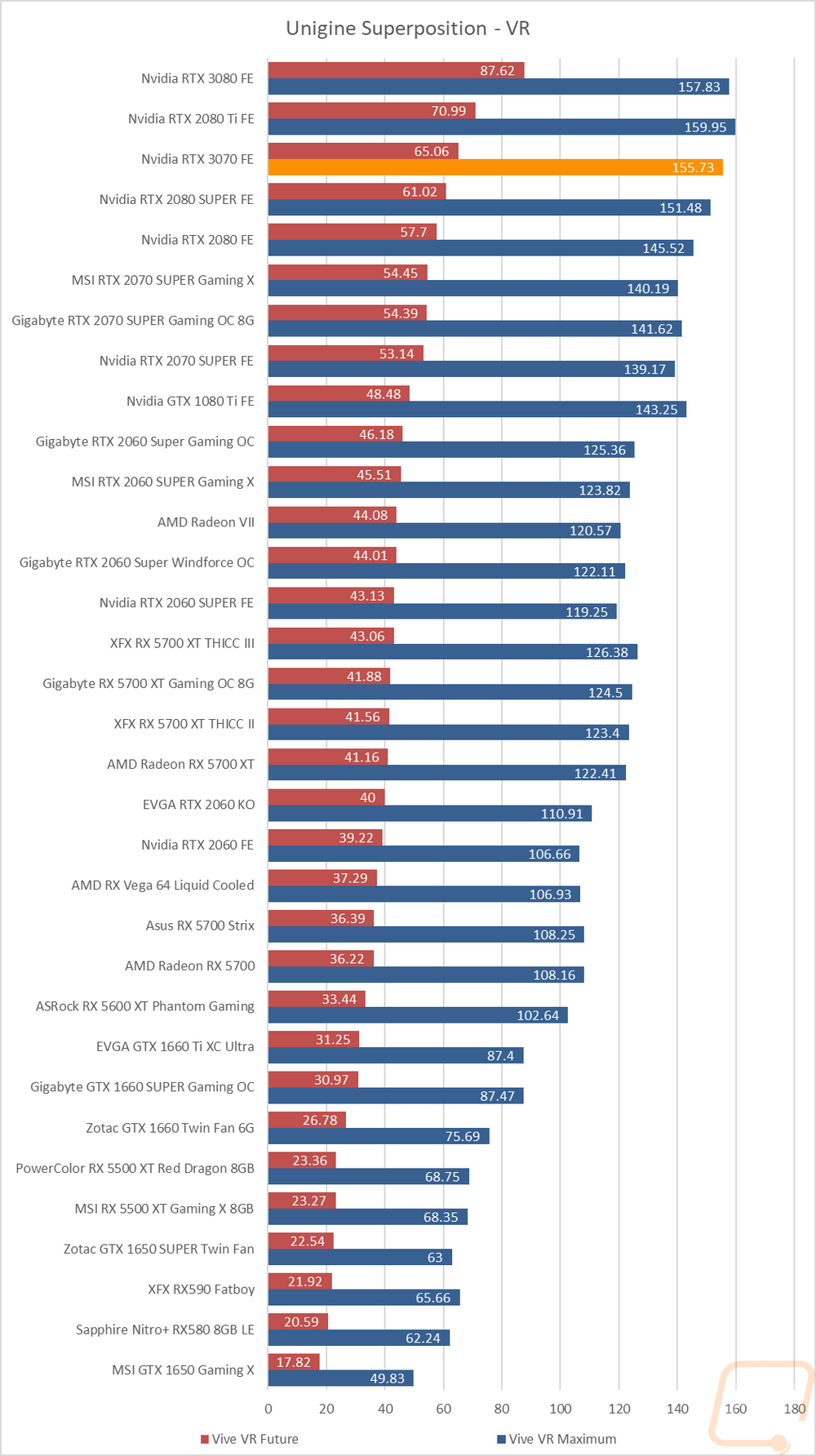 Then in VRMark, I tested using the Blue room test which is future-looking, and the Cyan room test which is closer to current day VR performance. In Cyan room, the RTX 3070 pulled a crazy 270 FPS which is 13 behind the 2080 Ti and 20 ahead of the 2080 SUPER. The Blue Room results are a lot closer but the 3070 did fall in between the two there as well. One thing is for sure, it is more than enough to handle today's VR games, and the ultra demanding blue room shows it isn’t far off from reaching the target FPS there as well. 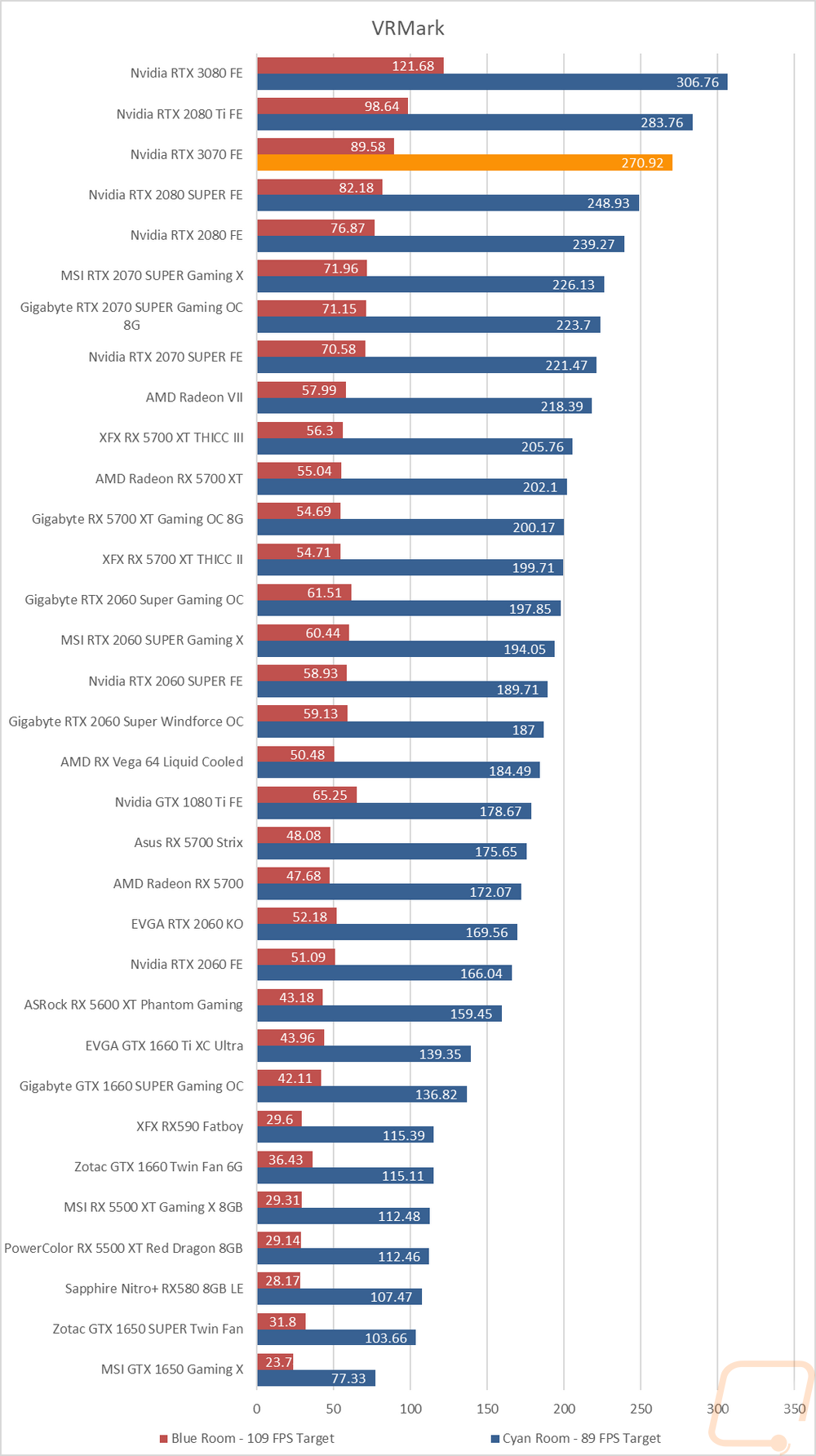 We have 1279 guests and no members online