Along with the launch of the RX 5500 XT, AMD has also introduced their latest big yearly update to their software which they are calling Adrenalin 2020 Edition. It actually came out two days ago and I’m a little late. But I didn’t want to completely miss out. I don’t typically cover driver updates, but Adrenalin 2020 is more than a driver update. In fact, I think on the driver side the updates are relatively minimal, on the call with AMD they pointed out that they like to get the performance updates out all year round and then get the big software and UI updates on the yearly update. Well, the new software changed a lot and you will see it right from when you install it. The installer makes seeing which driver version you are updating a lot easier. I always felt the old one could be confusing. You can also open up the additional options bit and change the install location and my favorite do a factory install that cleans the old driver and does the install on a fresh reboot in addition to turning off the windows update of the driver temporarily while doing the install. Once it starts and gets ready for the reboot it prompts you and gives you a countdown as well as the option to skip that and reboot right then. 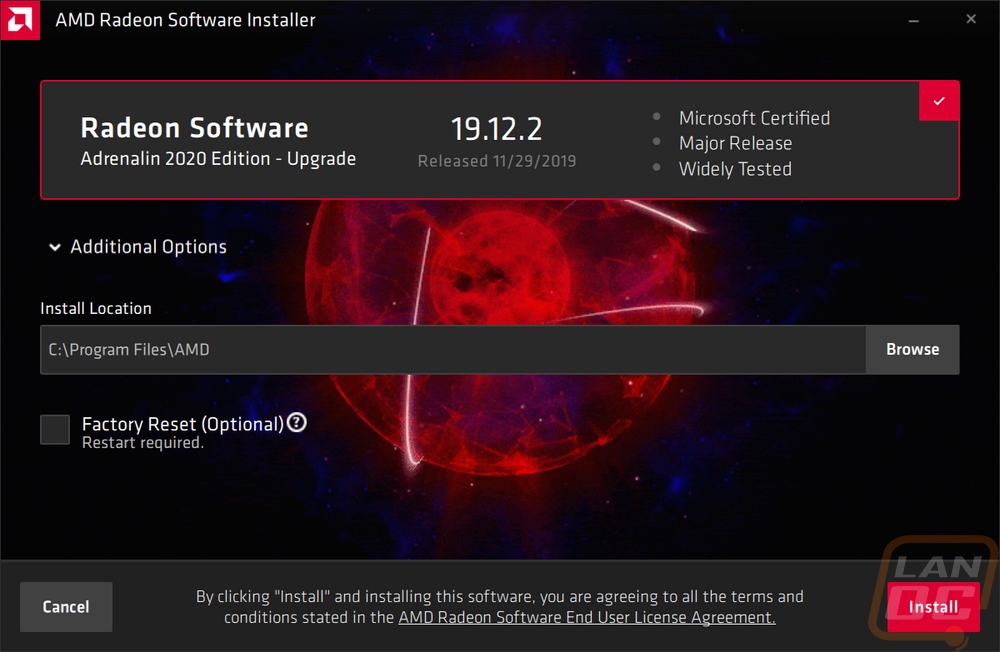 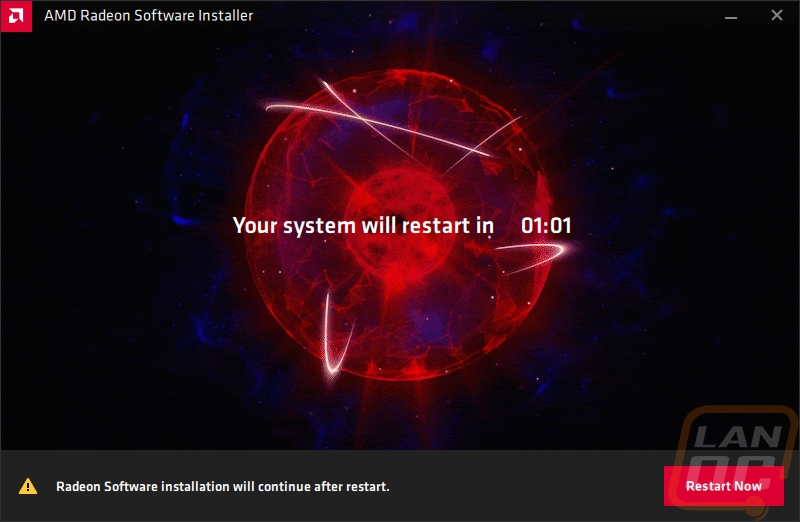 After the reboot, it has a more clear indication of where the install is with the bar which by the way doesn’t complete multiple times like Nvidia driver installs like to do when you have more than one monitor. There is a time remaining and a percentage counter but I will say the time reminding was way off for me. This says over 3 minutes left when it didn’t take more than 30 more seconds. 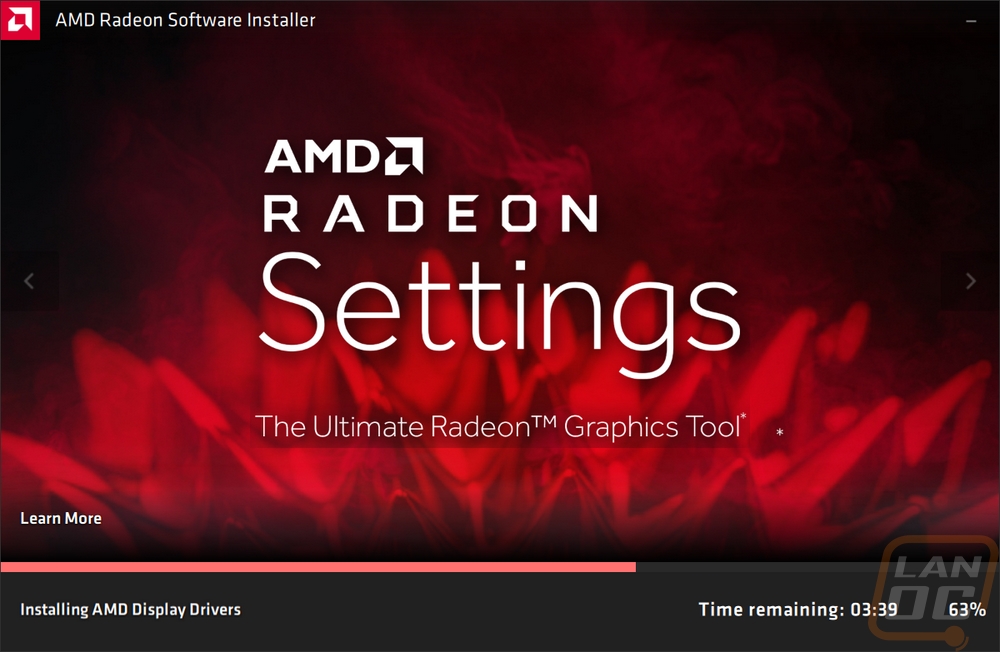 Once you finish, one of the big changes in the software asks you how you plan on using your PC to help get some settings changed. All of my testing was done on standard. But gaming turns on enhanced sync, image sharpening, anti-lag, and virtual super-resolution. The esports option does image sharpening, anti-lag, and 8x tessellation. They all also turn on FreeSync as well. 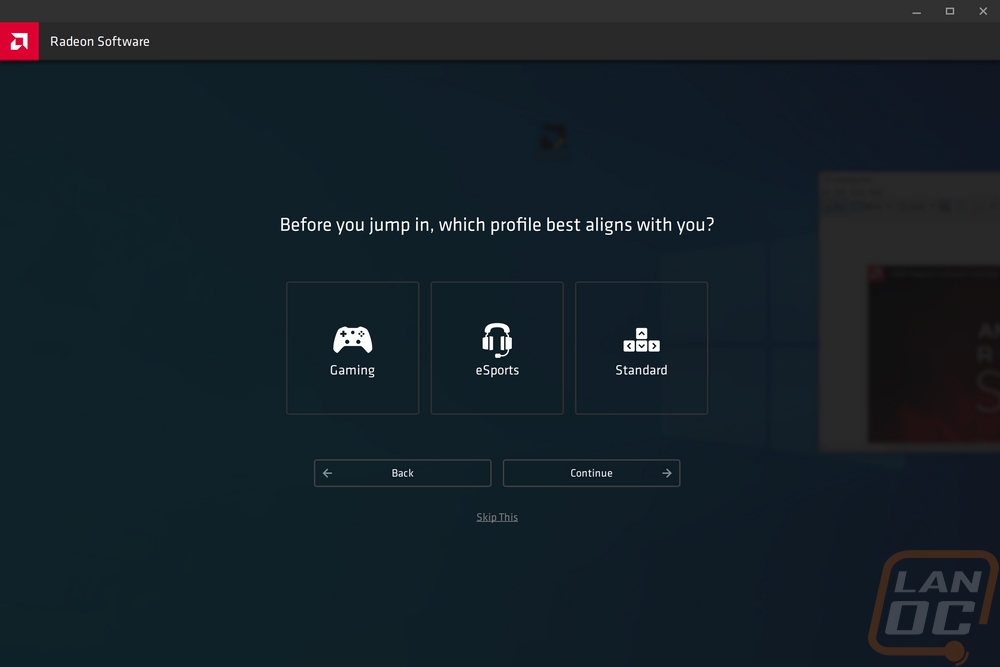 Then when you get into the software this is now your homepage. It is a drastic change from the old setup. Right from this page, you can see the games you have recently played and even their average frame rate during that. You can check for driver updates and see if you have your phone connected via AMD Link. The upgrade advisor is interesting as well, it picks up your CPU and GPU and tries to tell you how games will work and if either will slow you down. There is a huge ad in the middle that I’m not a fan of, you can turn it off in the settings, but I don’t know why they would want to add this to their own software. Then there is a shortcut for some of the media and capture features to quickly take a screenshot, record video, and control instant replay features. I should also point out, even though I wish I didn’t have too that you don’t need to sign in to anything to use the software… 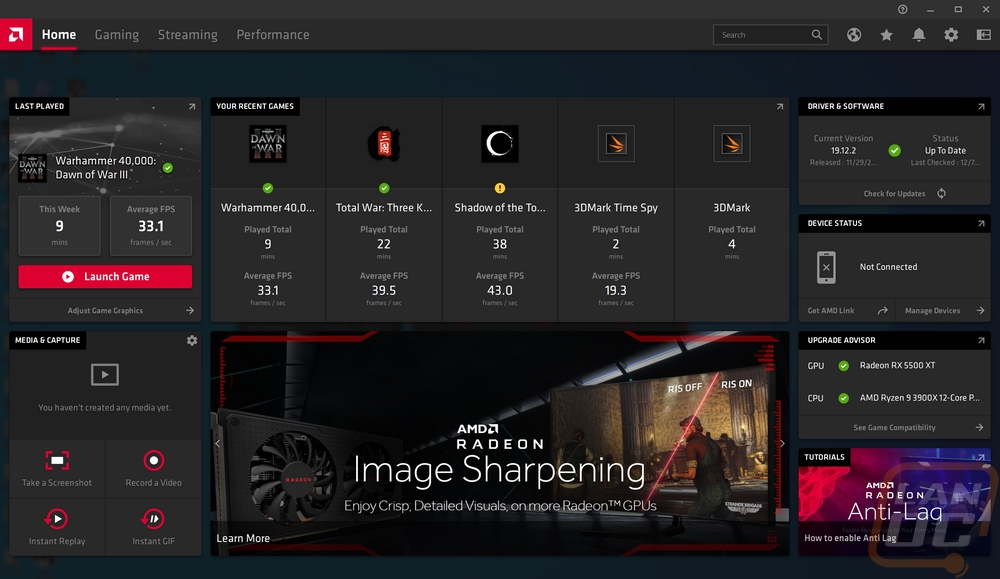 The gaming tab up on top has a few options. This is where you can get even more details on any of the games that are installed on your system. You can see a performance report with FPS and 95th percentile numbers and see how often you play the game broken down by session, week, and total time. You can also turn the different AMD features on and off specific to the game if you don’t want to do it globally. Like Nvidia, there is an option to tune the graphics settings to your system and you can also launch the game. The list of installed games gives me the impression AMD is hoping to eventually make this your gaming hub. Where you pick and play your games rather than having to flip through all of the different gaming stores. You can also see all of your media fines from videos you make and screenshots under the media option in gaming. 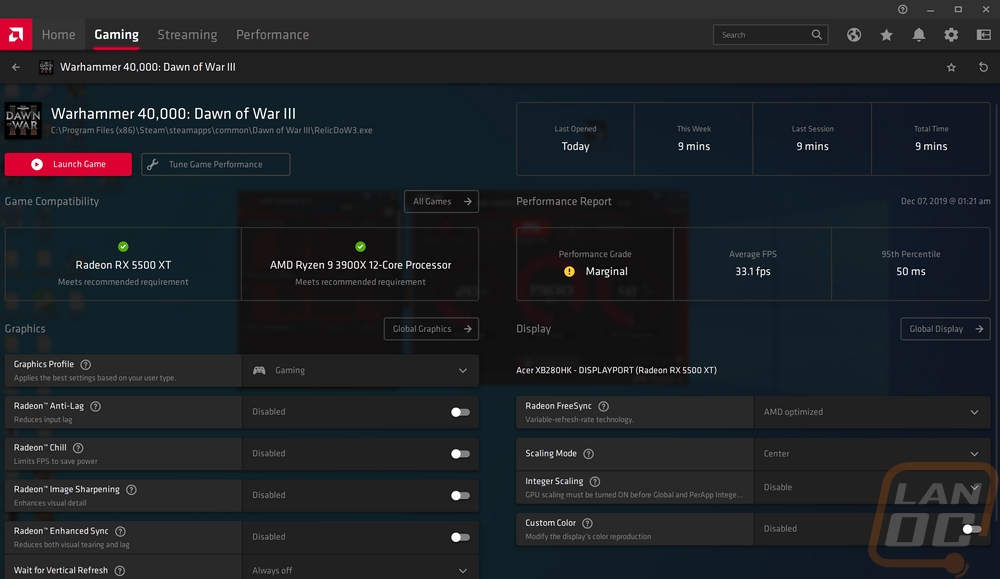 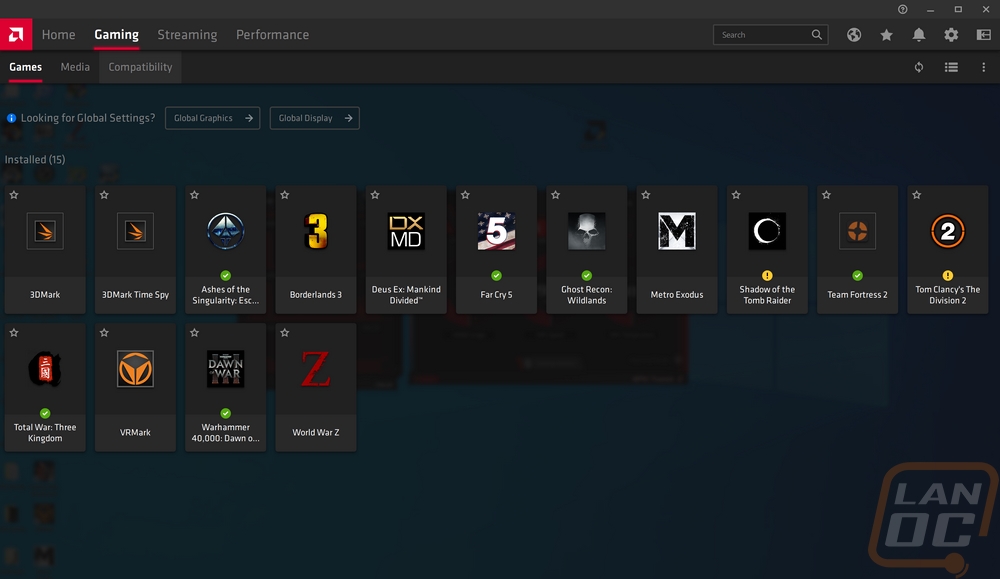 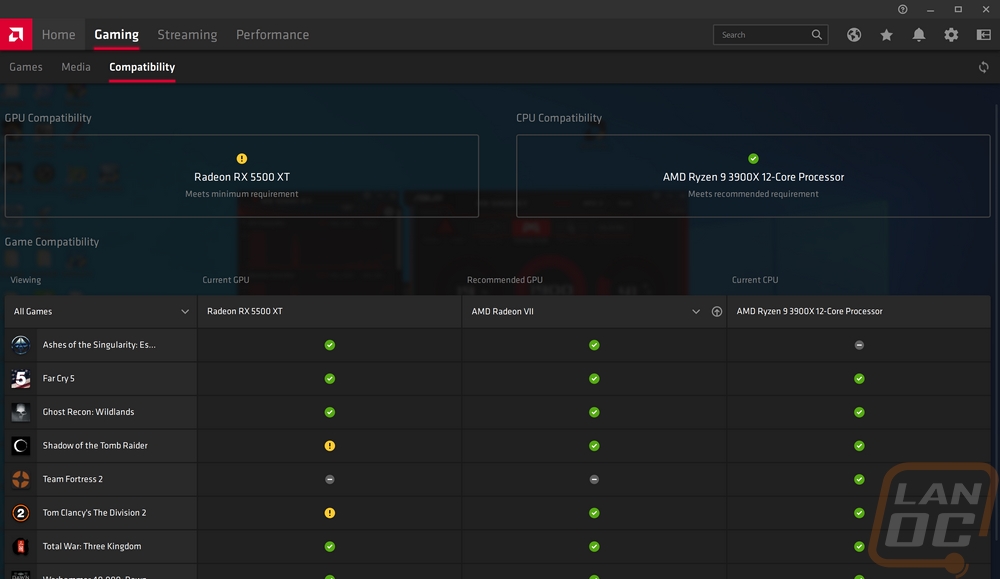 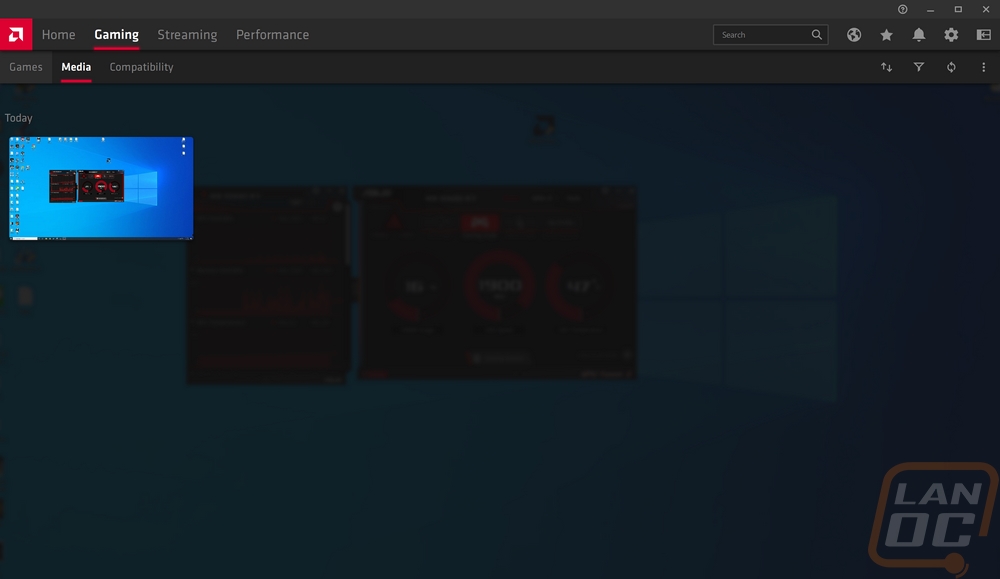 Things really get interesting under the streaming tab. Now integrating ways to stream to twitch isn’t a new concept, Nvidia has had that for a long time. But AMD has really gone above that with software that is a lot more completely and similar to streaming programs like OBS. Nvidia lets you pick your camera location corner and a few things and away you go. Here you can actually set up full scenes to switch through, setup microphone settings like push to talk, and put all kinds of overlays including a chat overlay. In addition to that, there is a big list of streaming websites available and once signed in it can integrate chat so you can see it inside of the software even if you don’t put it as an overlay on your scene. 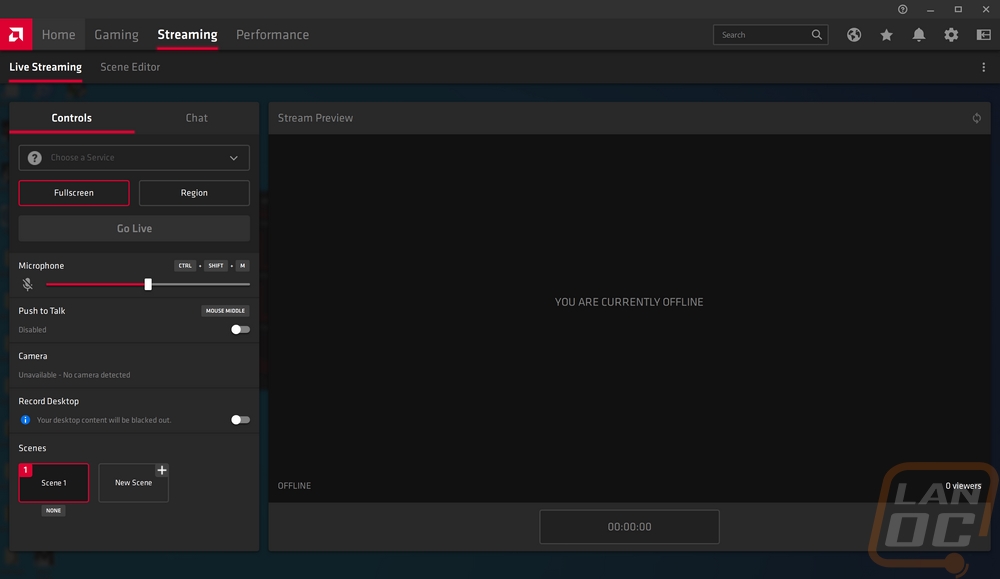 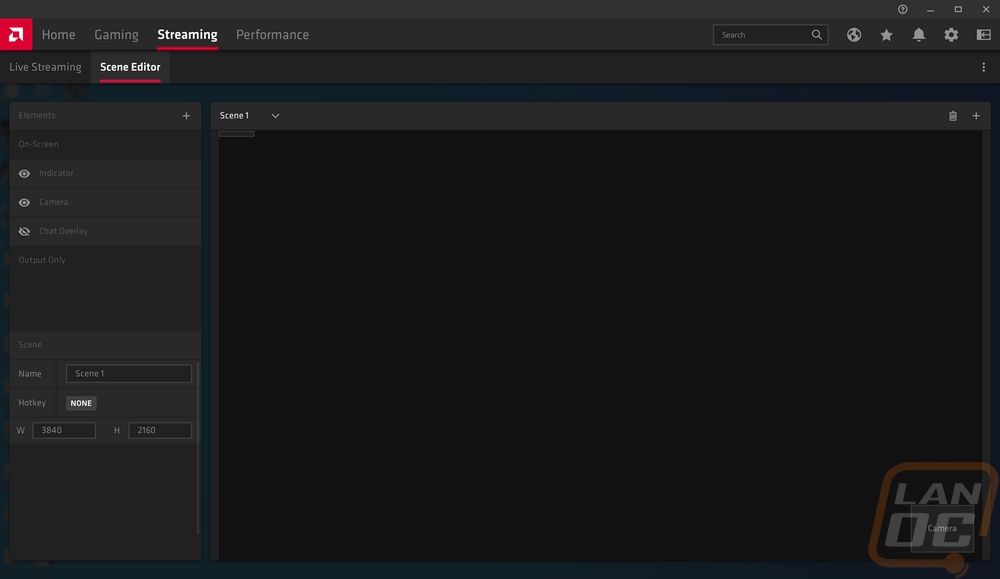 The last tab up top is the performance tab and a lot of this is basically what you would have found in the old software with Wattman. The first page has information graphed out showing you power usage and utilization as well as clock speeds. You can also see CPU, RAM, and VRAM information as well. The adviser's tab pops up and shows you games that you might want to adjust your settings on due to low performance and it will even give you recommendations. Then the Tuning tab is where you get to the Wattman settings. It expands out more than in the picture below once you click manual tuning control or you can select one of four auto tune settings including an undervolt, overclock GPU, and overclock VRAM. The manual settings let you dive into the big details and also get into fan speeds. I can also say that the 5500 XT and this software still does the weird fan takes 20 minutes to slow down if you manually set it to 100% or maybe sometimes you have to reboot the computer. So I guess that bug is still around, sadly. 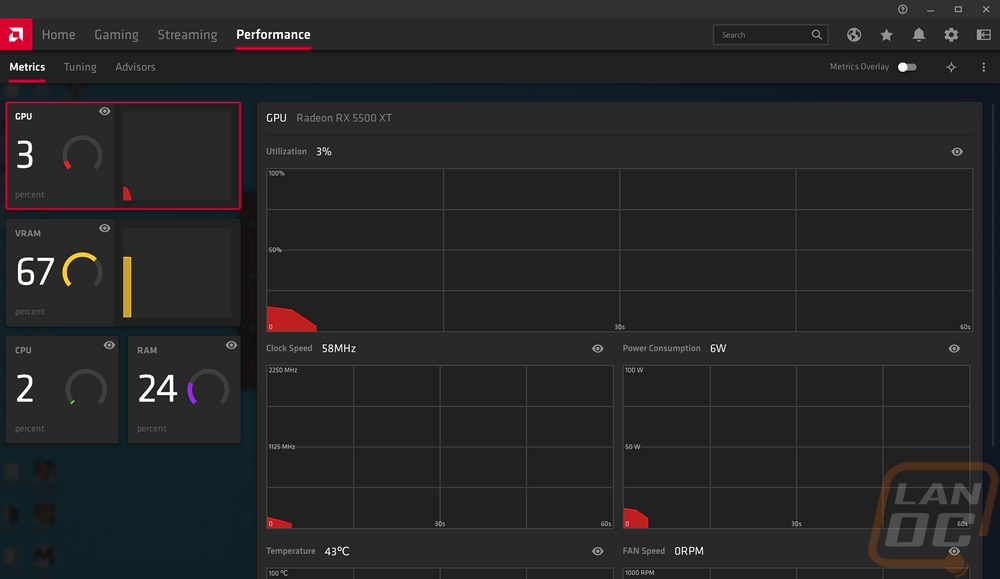 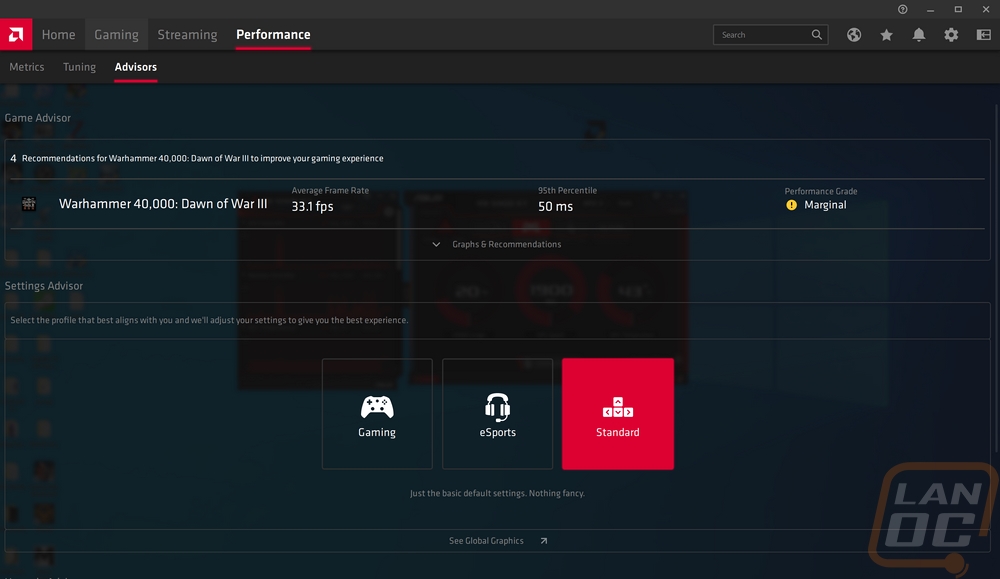 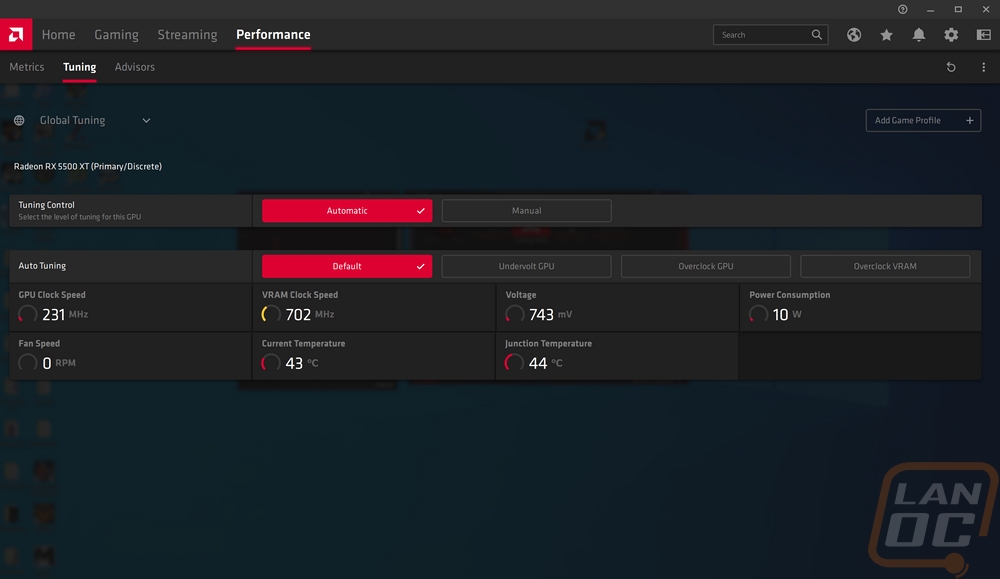 Everything else below can be found over on the right with the gear for the software settings. You can change all of your global feature settings here and change your profile if you need too. You can also tune how often the performance monitoring checks on things and dive into all of the media settings for instant replay, screenshots, and recording. This is also where you can turn on features like VR Streaming and game streaming and turn off stuff like the ad in the software on the home page. I know a lot of people hate that as much as me, hopefully, you all find that option to turn it off. 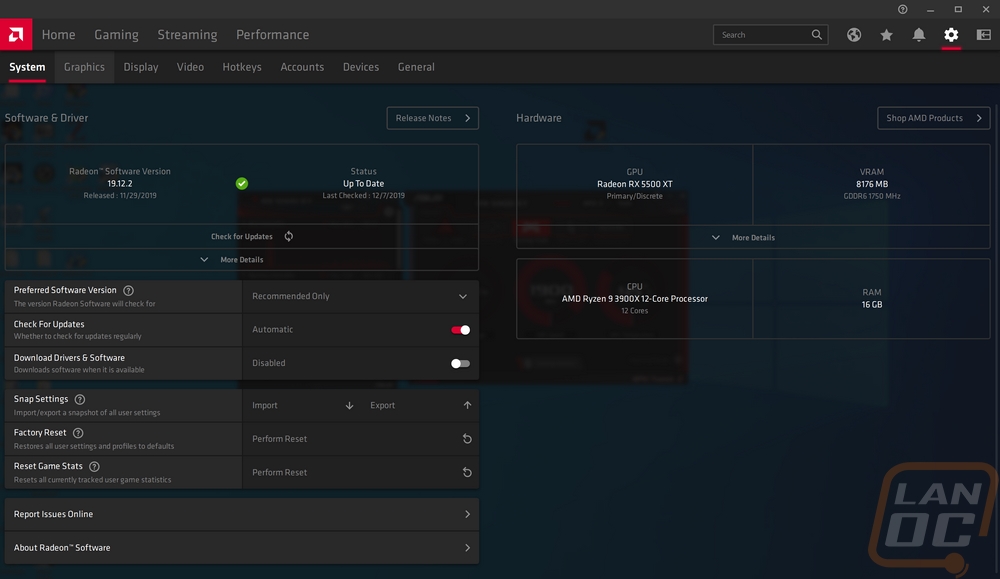 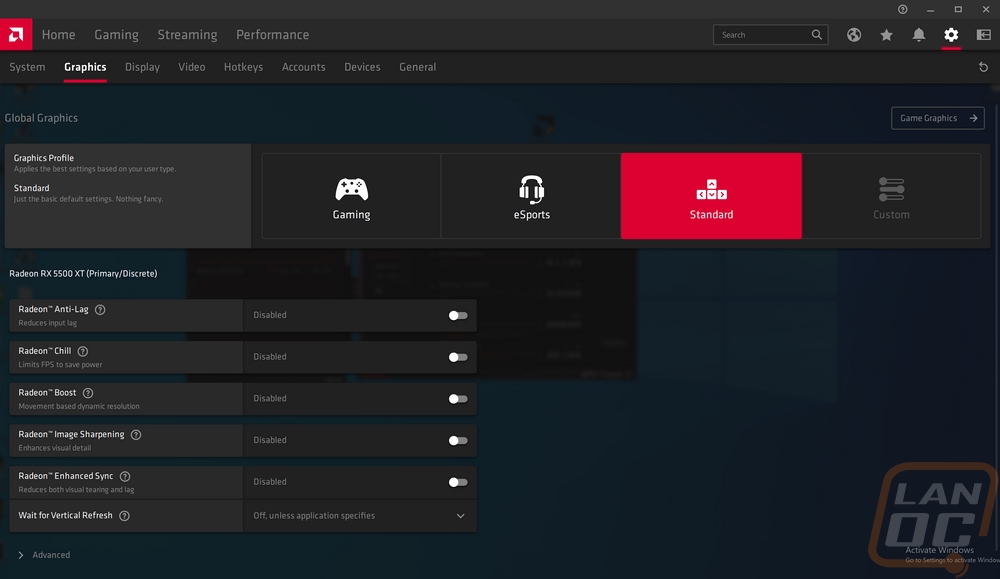 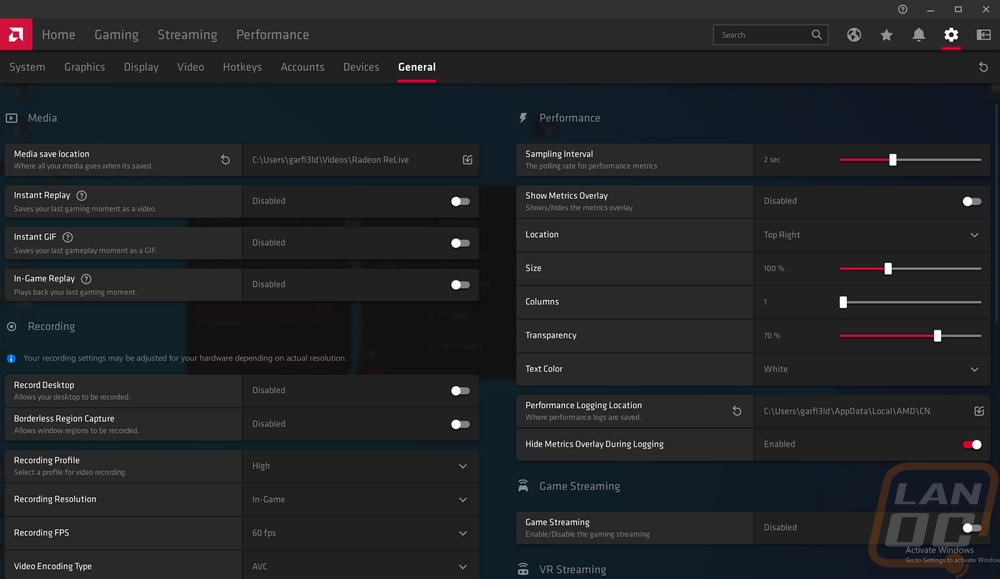