Now some people don’t need a video card for gaming, they need the processing power for rendering or 2D/3D production or in some cases people who game also do work on the side. So it is also important to check out the compute performance on all of the video cards that come in. That includes doing a few different tests. My first test was a simple GPU Compute benchmark using Passmark’s Performance Test 9 and as expected the RX 5500 XT Red Dragon fell right in between the GTX 1650 SUPER and the GTX 1660 though it was much closer to the 1605 SUPER with just one point between them. 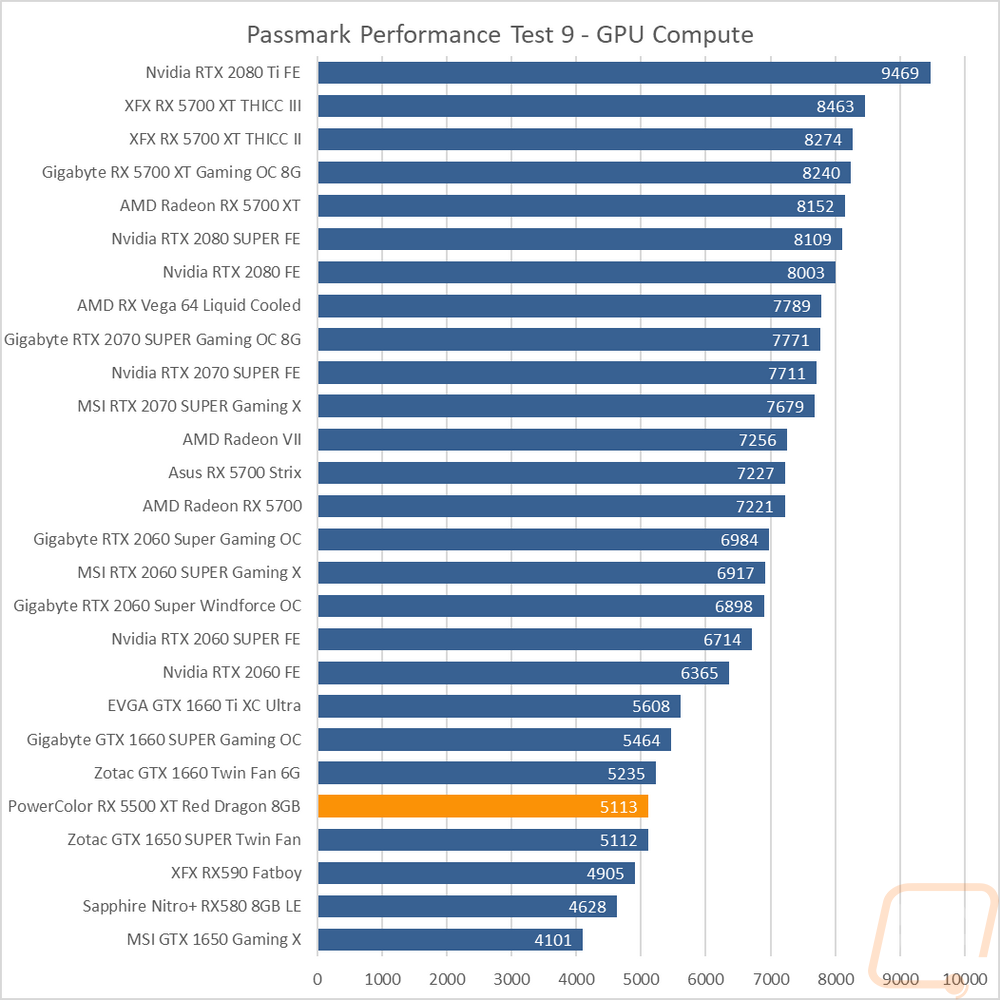 Blender is always my favorite compute benchmark because we can get a look at performance in a real-world situation, a very popular one at that. The 5500 XT Red Dragon finished the test in 501 seconds which was significantly slower than the GTX 1660 but significantly faster than the 1650 SUPER and faster than the RX590 and RX580 as well by nearly 40 and 72 seconds. 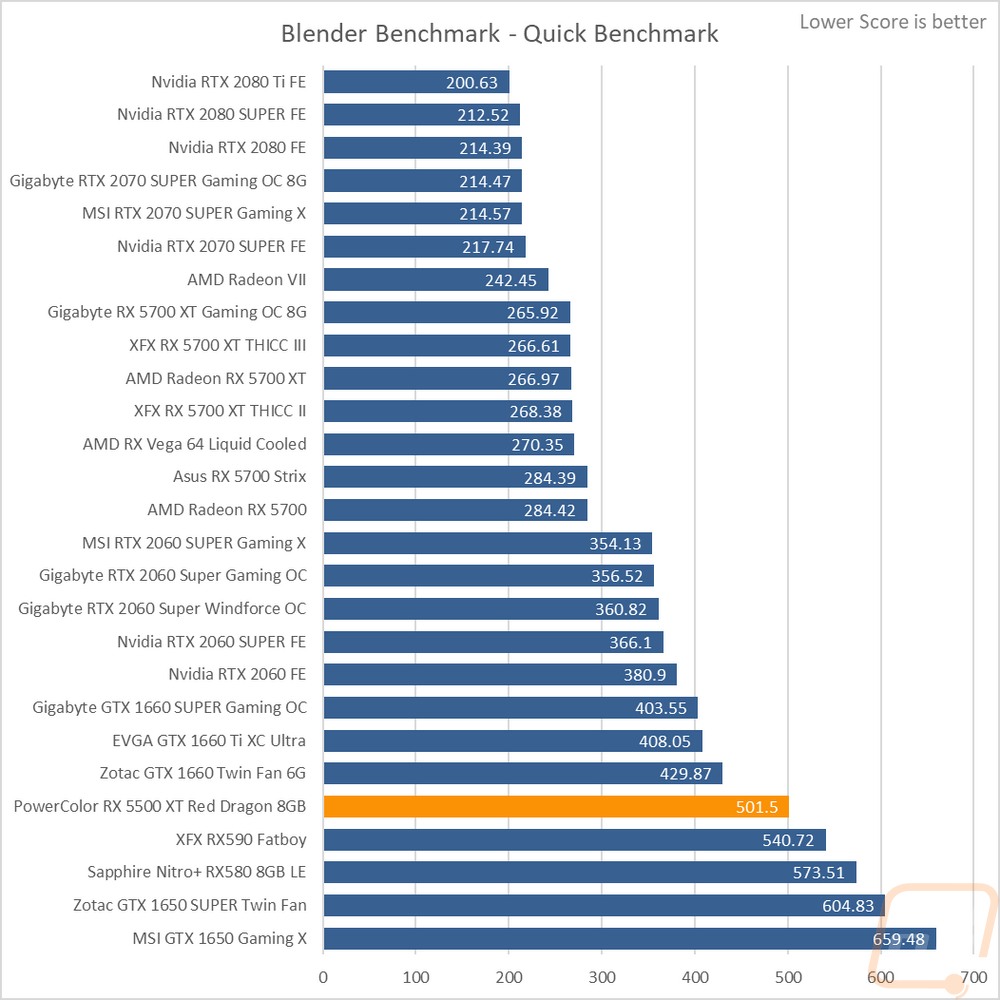 My next test was in Basemark with both the DX12 and OpenGL tests but just like with all of the other AMD results things fell on their face in the OpenCL test. With DX12 however, the 5500 XT did come in right between the 1650 SUPER and GTX 1660 once again but the older RX580/RX590 are a little better here. 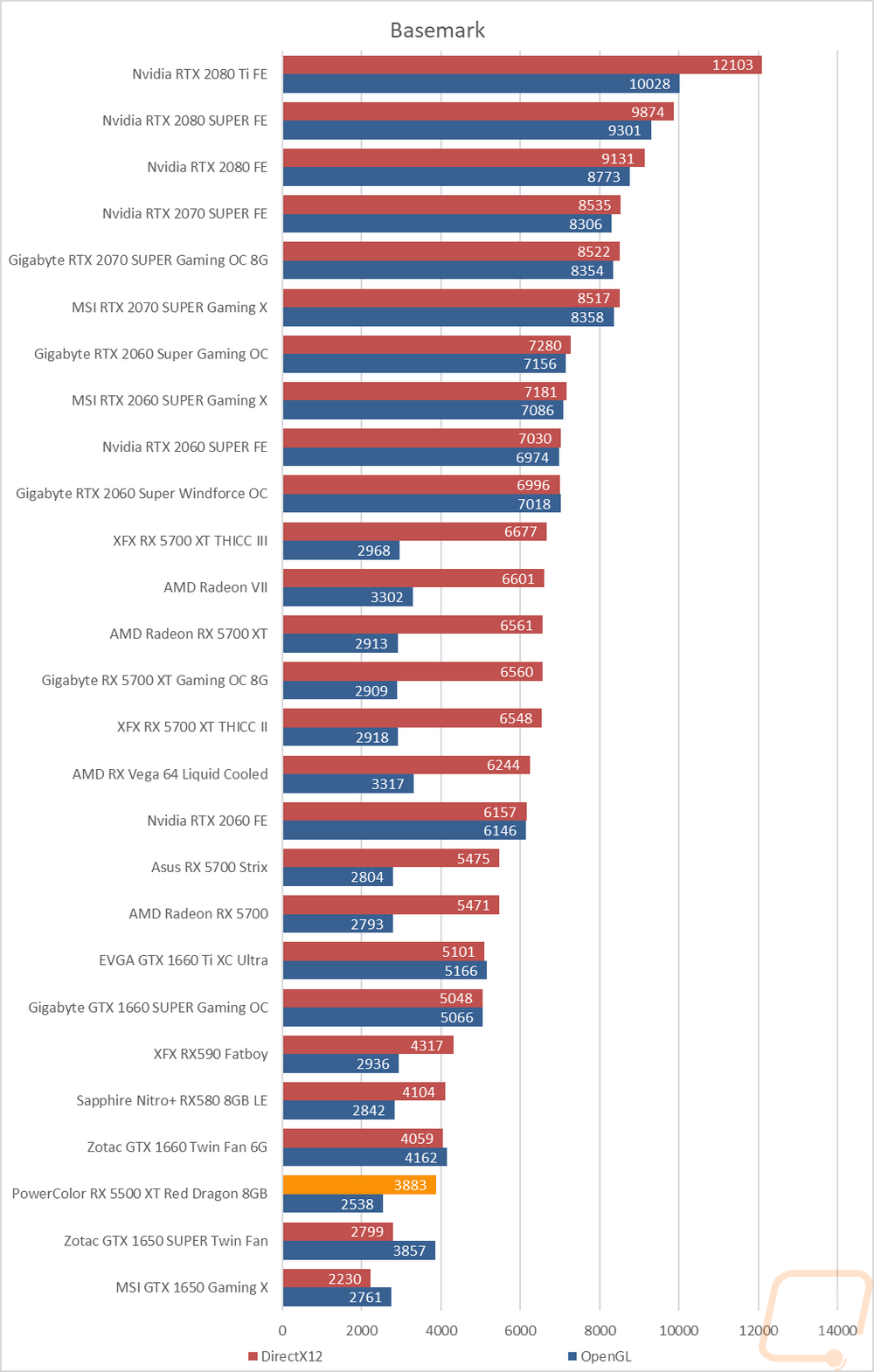 The last compute tests were in Geekbench 4 and the new Geekbench 5. In Geekbench 4 the 5500 XT comes in just behind the RX580 and behind the GTX 1650 SUPER. The newer Geekbench 5 test looks at both Vulkan and OpenCL performance. This was similar, in fact in the Vulkan test the 5500 XT was the lowest card tested, even behind the original GTX 1650. 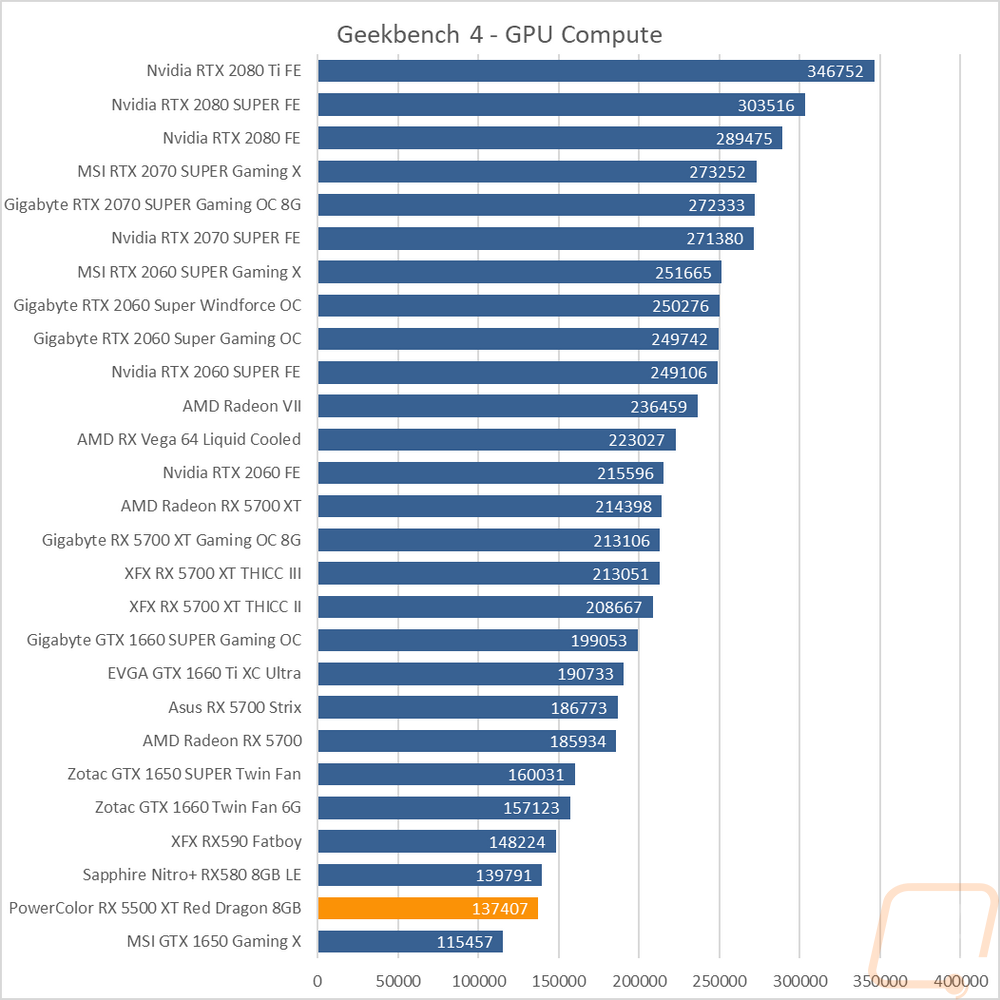 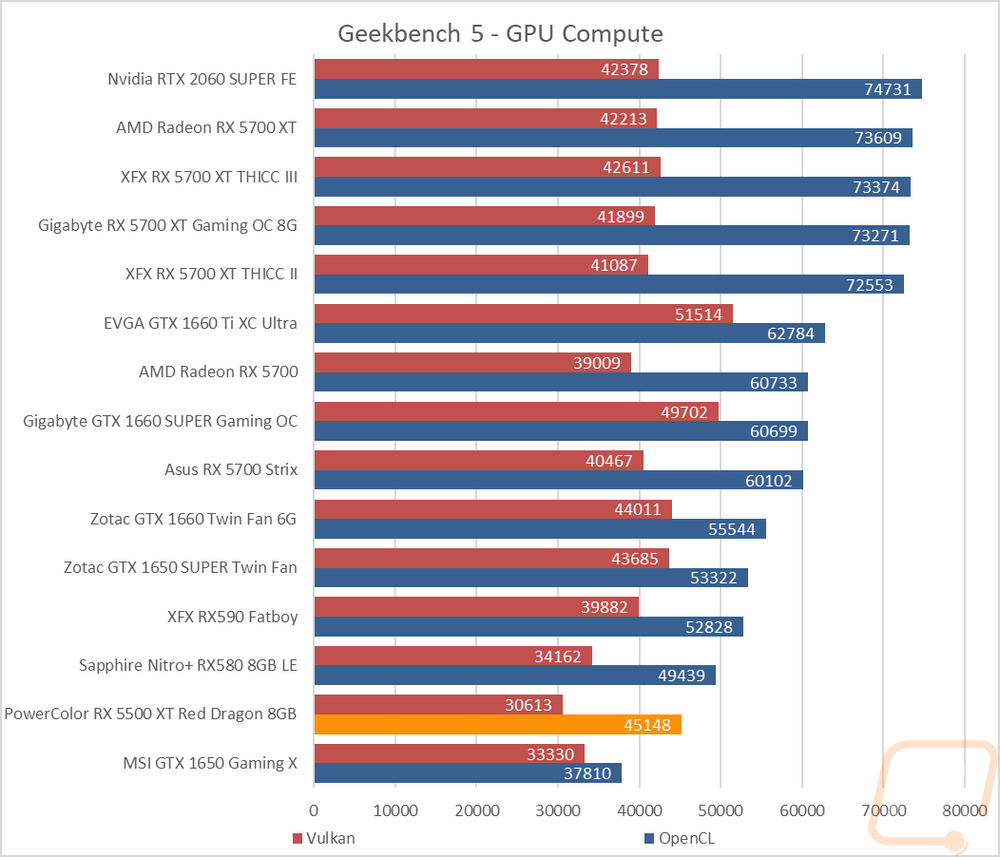 We have 1246 guests and no members online