The box for the 2070 SUPER Gaming X isn’t much different than the other Gaming X’s that have come into the office. But that isn’t a bad thing. MSI features a large photo of the card right on the front of the box which I wish everyone would do. When you are shopping for a video card, beyond performance you want to know what you are buying right? I don’t need unrelated artwork. The Gaming X branding is in the bottom left corner along with a logo for the Twin Frozr 7 cooler. The Nvidia wrap around starts in the bottom right corner showing that this is the RTX 2070 SUPER and that wraps around to the end and to the back of the box to give that signature Nvidia look and to make it easy to spot which GPU the card has. 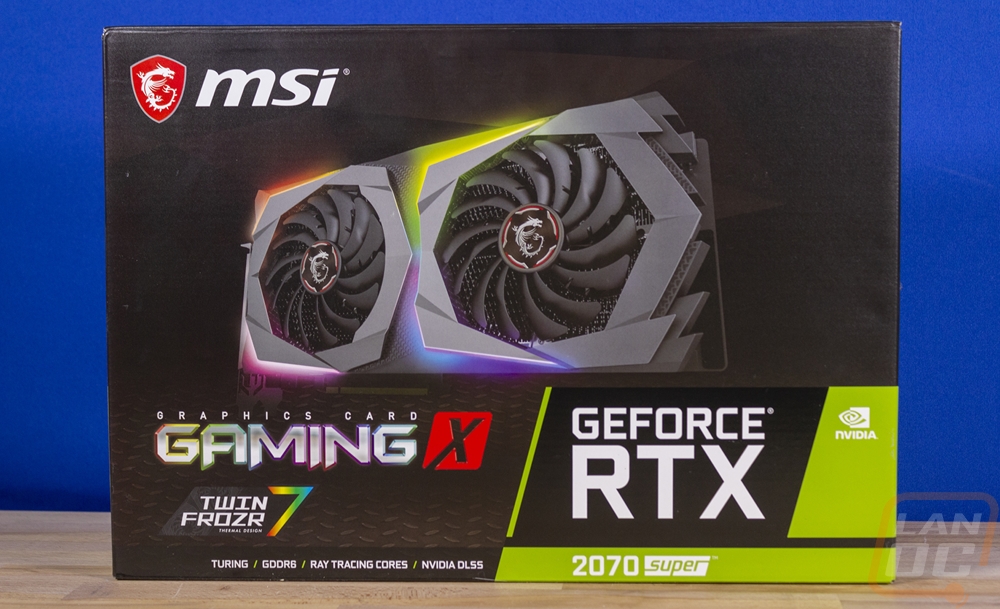 Around on the back of the box, MSI dives into the Twin Frozr 7 cooler. They touch on the unique heatsink design with a picture but they don’t really mention anything about the staggered top of the heatsink that helps get even airflow. They also have a photo of the Torx 3 fans. They also have a box titled Blazing Performance but in it they just have pictures of the RGB lighting on the shroud and up on the top edge. I like that they show the lighting, but the title didn’t really fit the photos. Beyond that they have a basic specification listing but it doesn’t include details like the size of the card which would be nice. 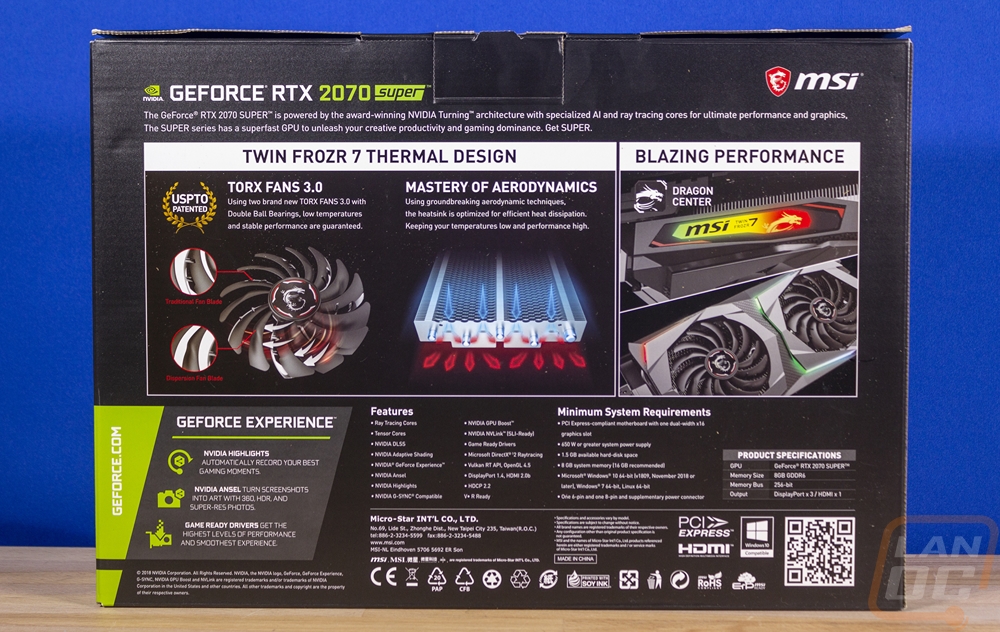 Inside the box, the card comes wrapped up in its static protective bag and sitting inside of a foam tray with a cutout for the card. There is also a foam layer that sits up on top, you aren’t going to see the card get damaged in this box without something catastrophic happening. All of the documentation comes in a nice MSI branded envelope. This includes an installation guide and a user guide. You get a registration card and a small MSI gaming ad. Where MSI stands out though is with the inclusion of their cool Lucky the Dragon comic which shows installing the card. You also get two cardboard coasters as well. 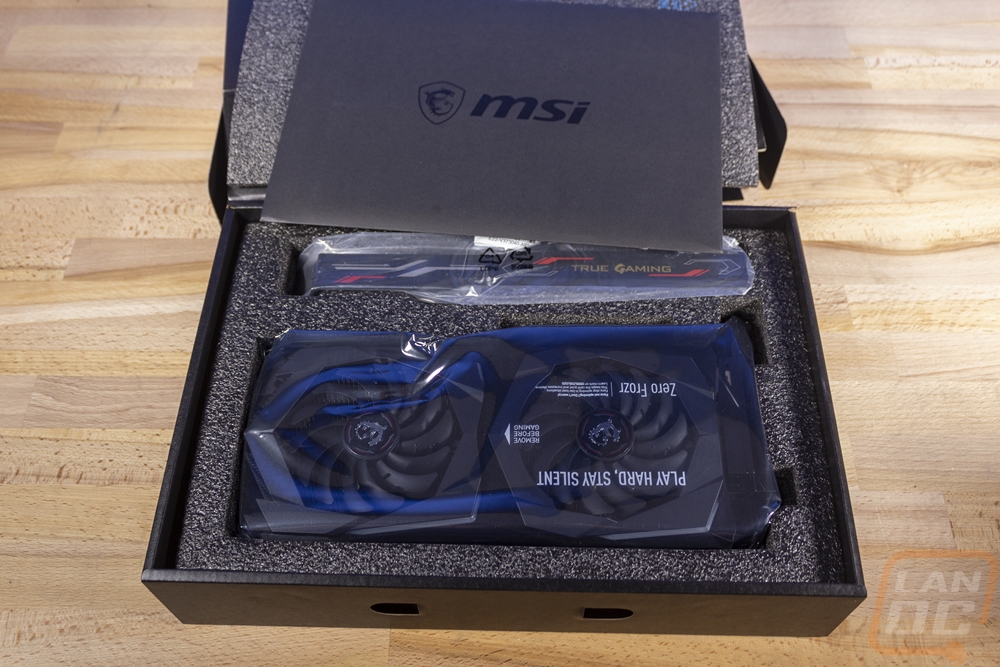 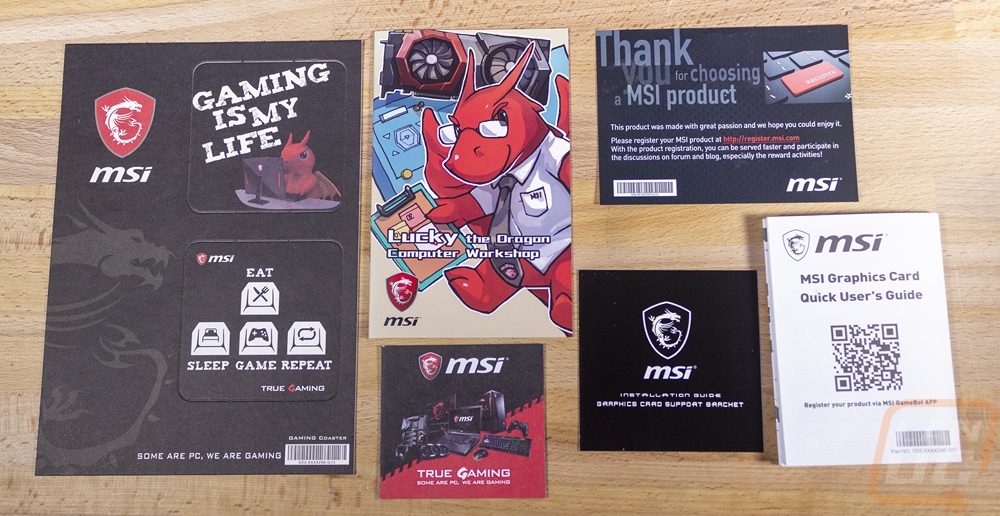 I was really surprised to open up the Gaming X and find a support bracket inside. I didn’t see it mentioned at all on the packaging but this anti-sag bracket is a great addition. It is made of a thick steel and is very strong. It is decked out with True Gaming branding and surprisingly no MSI logos. The silver and red accents are printed on as well. It bolts to the two PCI slots below your video card and provides a little extra support for the heavy card. This will help your motherboard not have long term PCI slot issues and keep the video card level and straight. The bracket has small rubber pads up on the top edge to prevent any vibration as well.

We have 1366 guests and no members online