Now some people don’t need a video card for gaming, they need the processing power for rendering or 2D/3D production or in some cases people who game also do work on the side. So it is also important to check out the compute performance on all of the video cards that come in. That includes doing a few different tests. My first test was a simple GPU Compute benchmark using Passmark’s Performance Test 9 and the MSI RTX 2070 SUPER Gaming X fell a little behind on this one, with the 2070 SUPER FE also ahead of it in this test. 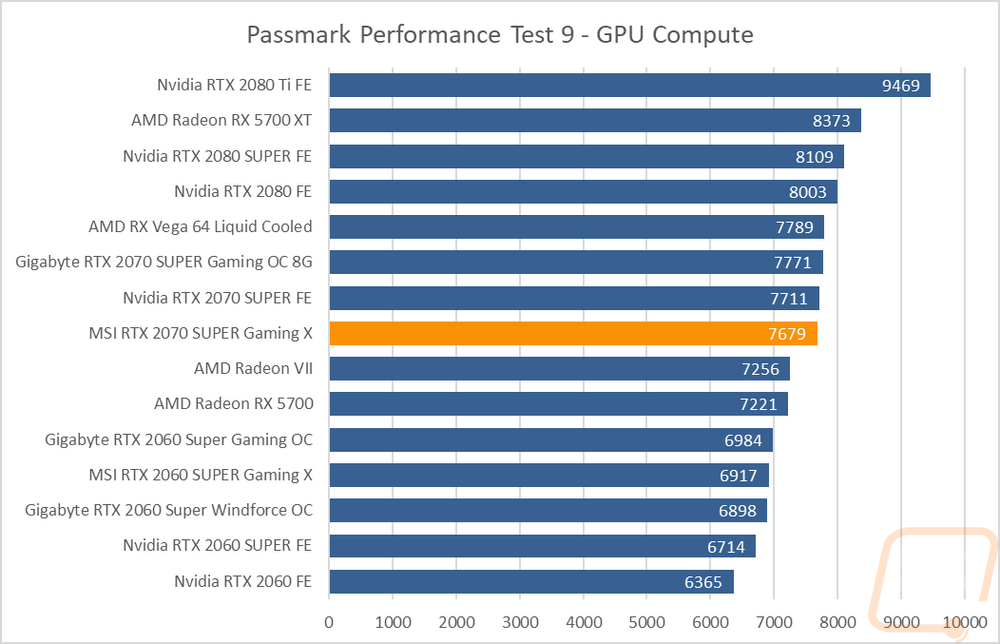 In Blender, I finally was able to add in RX 5700 and RX 5700 XT results into the mix with AMDs driver issue with the benchmark finally fixed. The Gaming X was in between the gaming OC and the Founders Edition with it extremely close to the Gaming OC coming in .1 of a second slower. As for the two new AMD cards that are finally in the mix they didn’t do very well in Blender when compared to the RTX 2070 SUPER. The 5700 XT was 51 seconds slower to complete the two tests. 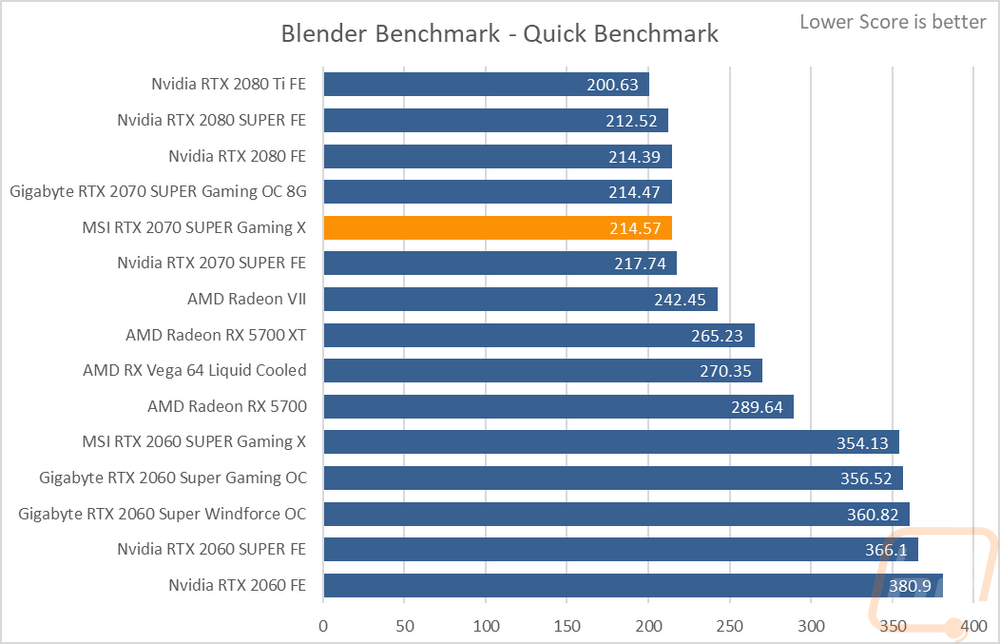 Using Basemark I ran DX12 and OpenGL benchmarks and all three 2070 SUPERs were all together with very little setting them apart. The Gaming X came in last of the three in DX12 but first in OpenGL for the ultimate confusion. All three were WAY ahead of the next level which was the 2060 SUPER with both AMD cards down at the bottom of the chart. 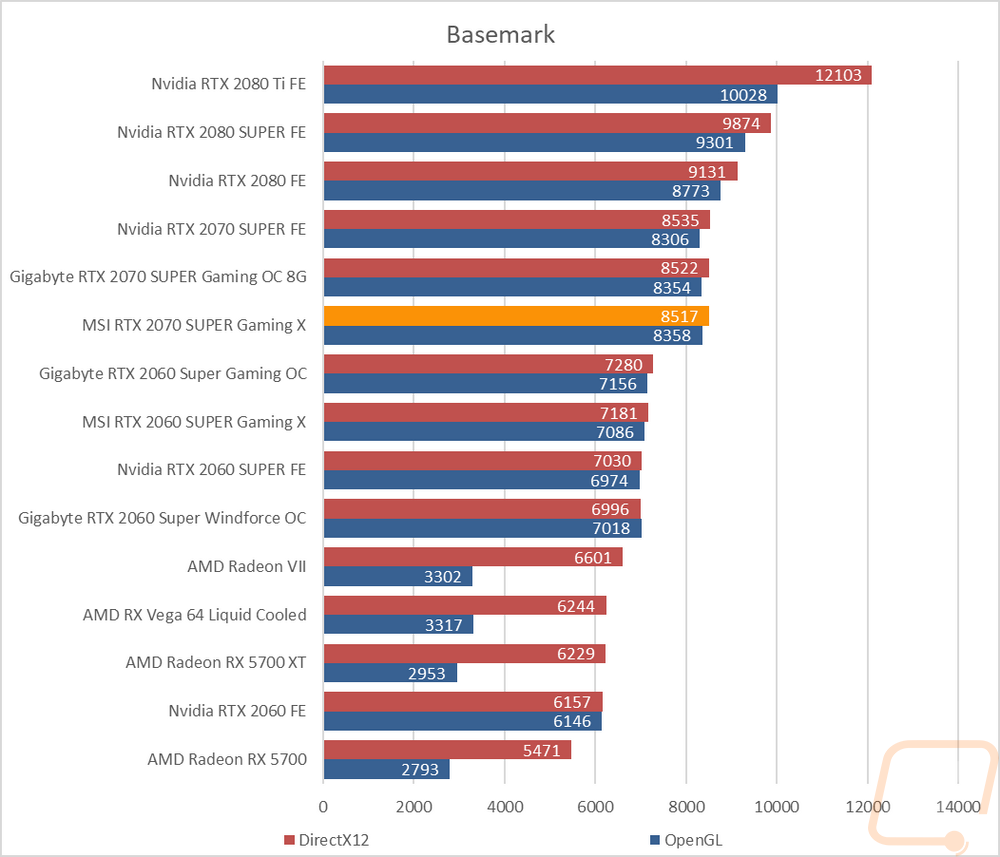 The last compute benchmark was Geekbench 4 and here the Gaming X edged out the Gaming OC to be the fastest 2070 SUPER. Again on this one both of the RX 5700’s are down at the bottom of the chart. 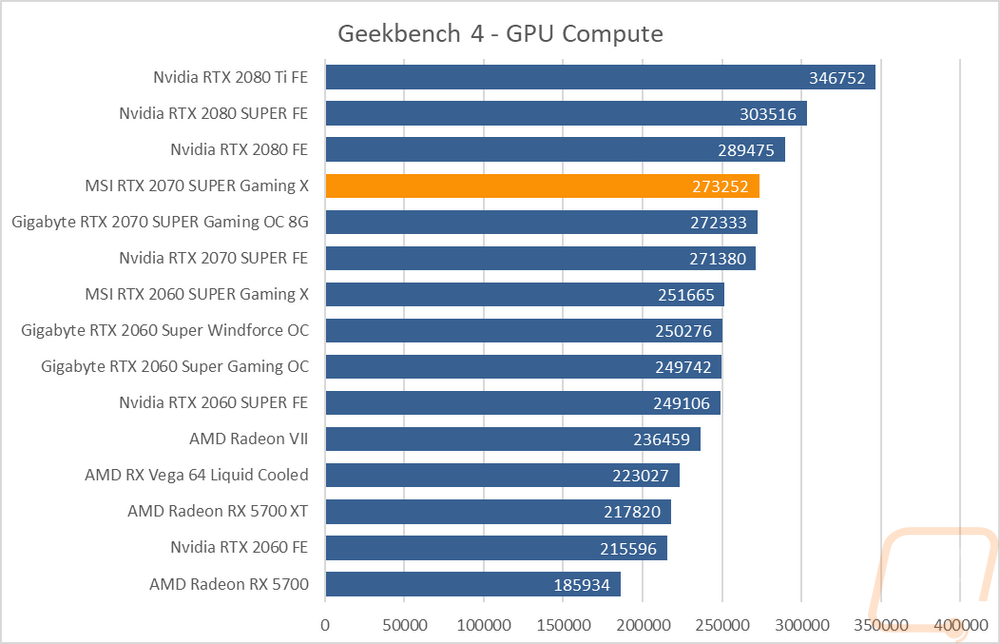 We have 1504 guests and no members online