So how did the RTX 2070 SUPER Gaming X perform? 1080p Performance was amazing, not surprisingly with almost half of the tests ran averaging over 120 FPS and the rest all came in over 60 FPS as well. There was at least one of the 60+ results that was extremely close to the 120 limit as well. 1440p seems to be the sweet spot with two games still reaching up over 120 FPS and 9 others in the 60-119 FPS range. There were 3 tests that came in below 60 FPS, even if they were close. Then at 4k things fell off with our first result under 30 FPS (it was 29.3 FPS but still). Everything was still playable, but a majority of the games would need their settings tweaked a little to get up close to the 60 FPS that most people prefer for smooth gameplay.

As always I also have all of the actual graphs for everyone to look through as well. It’s just with so many cards tested across so many games it does get a little crazy. Sorting through these I was curious how the Gaming X did compared to the two other RTX 2070 SUPERs and of course how it compares with the RX 5700 XT. Overall the Gaming X traded blows with the Gaming OC over and over again. At the high detail settings, it edged in front of the Gaming OC by a tiny multiple times which given the Gaming OC’s clock speed being higher makes me wonder if the difference is in the cooling allowing for the Gaming X to clock a little higher for longer in those demanding high detail situations. Beyond that no big surprises, there are a few tests where the RX 5700 XT pulls ahead but the rest still have the RTX 2070 SUPER in the lead. 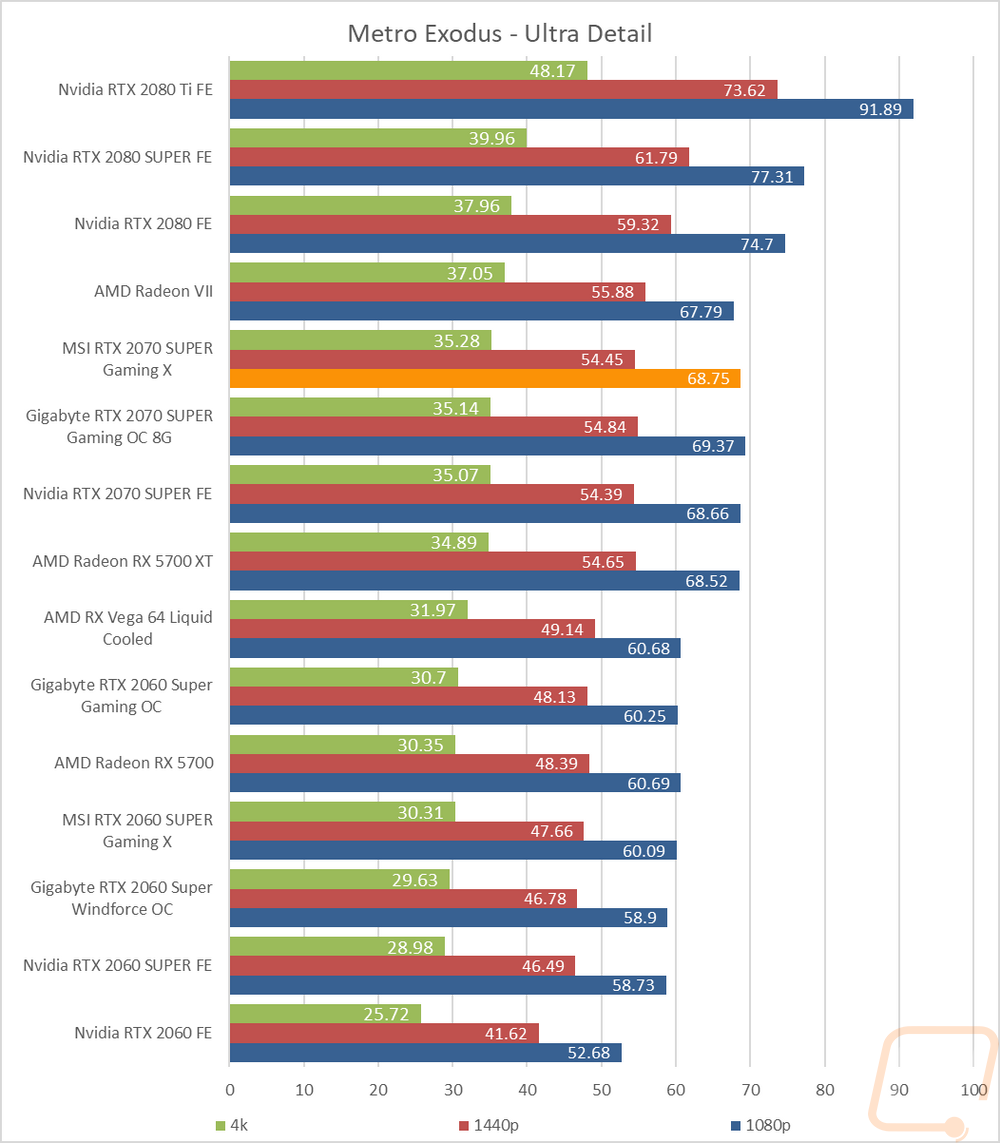 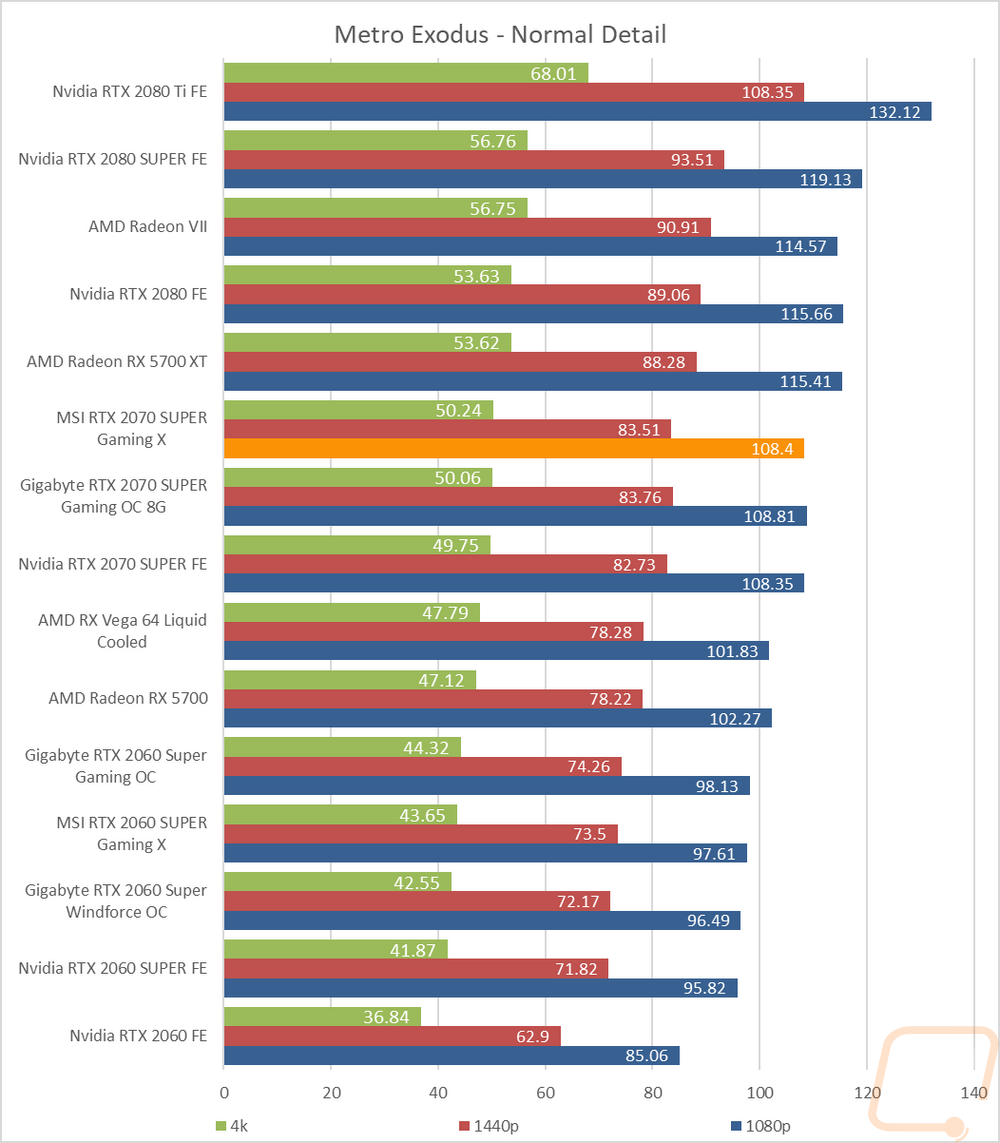 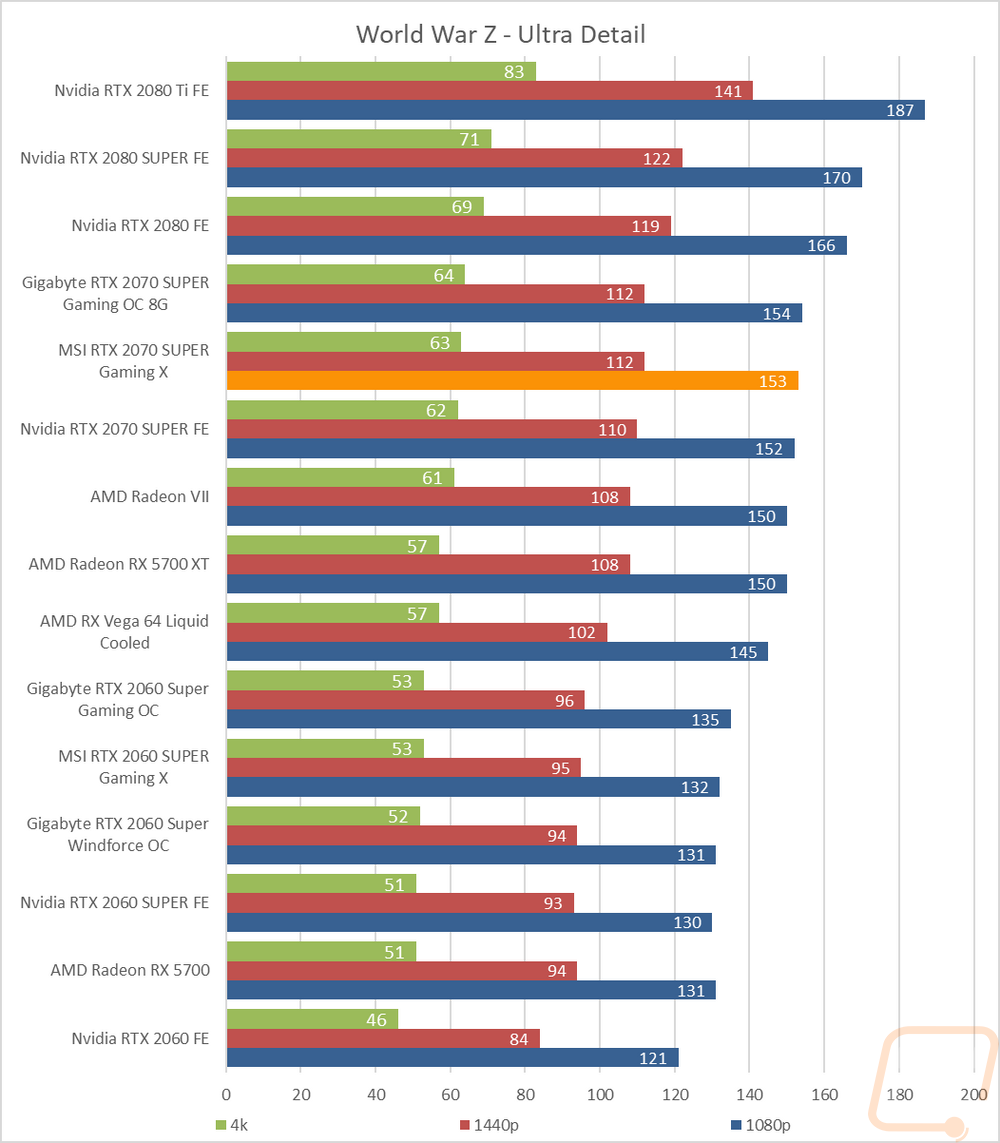 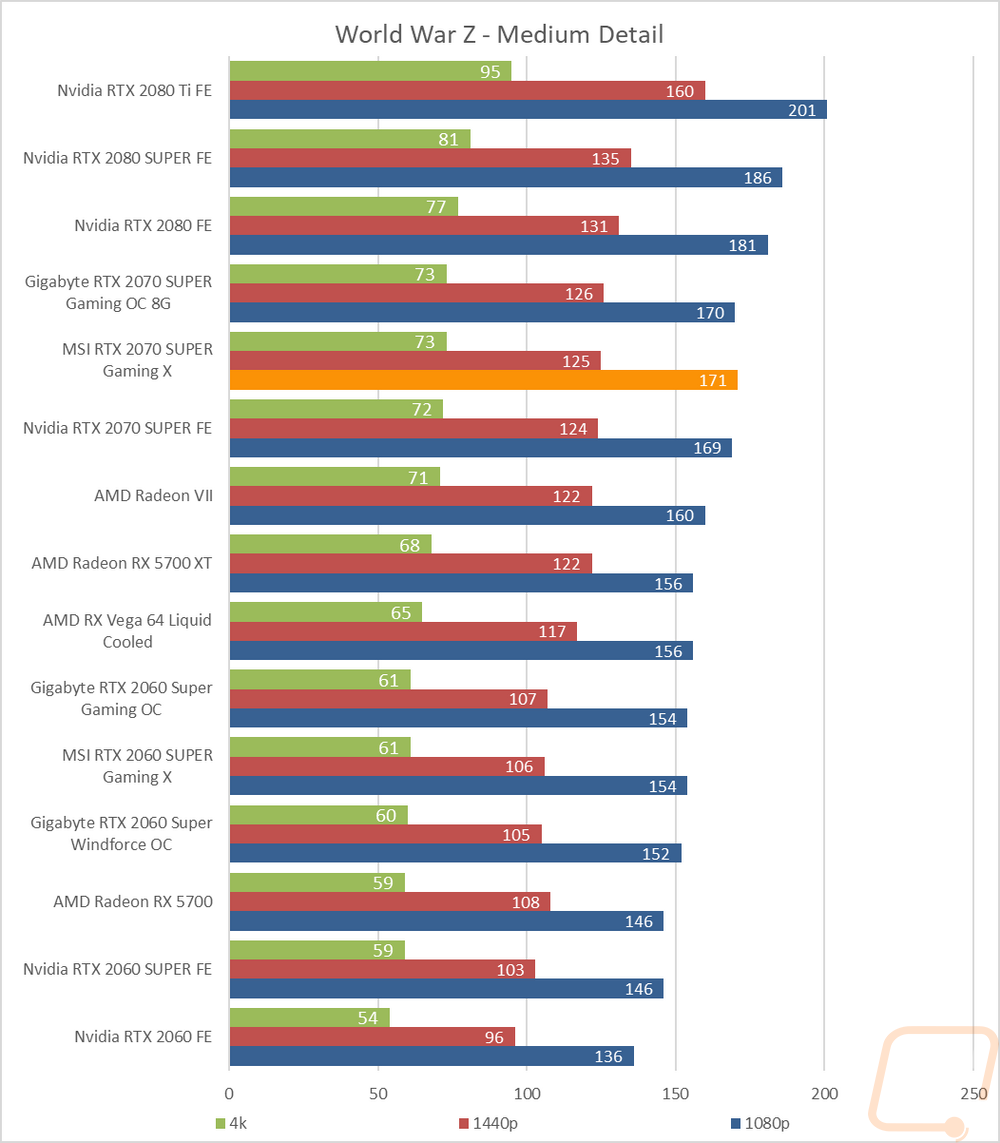 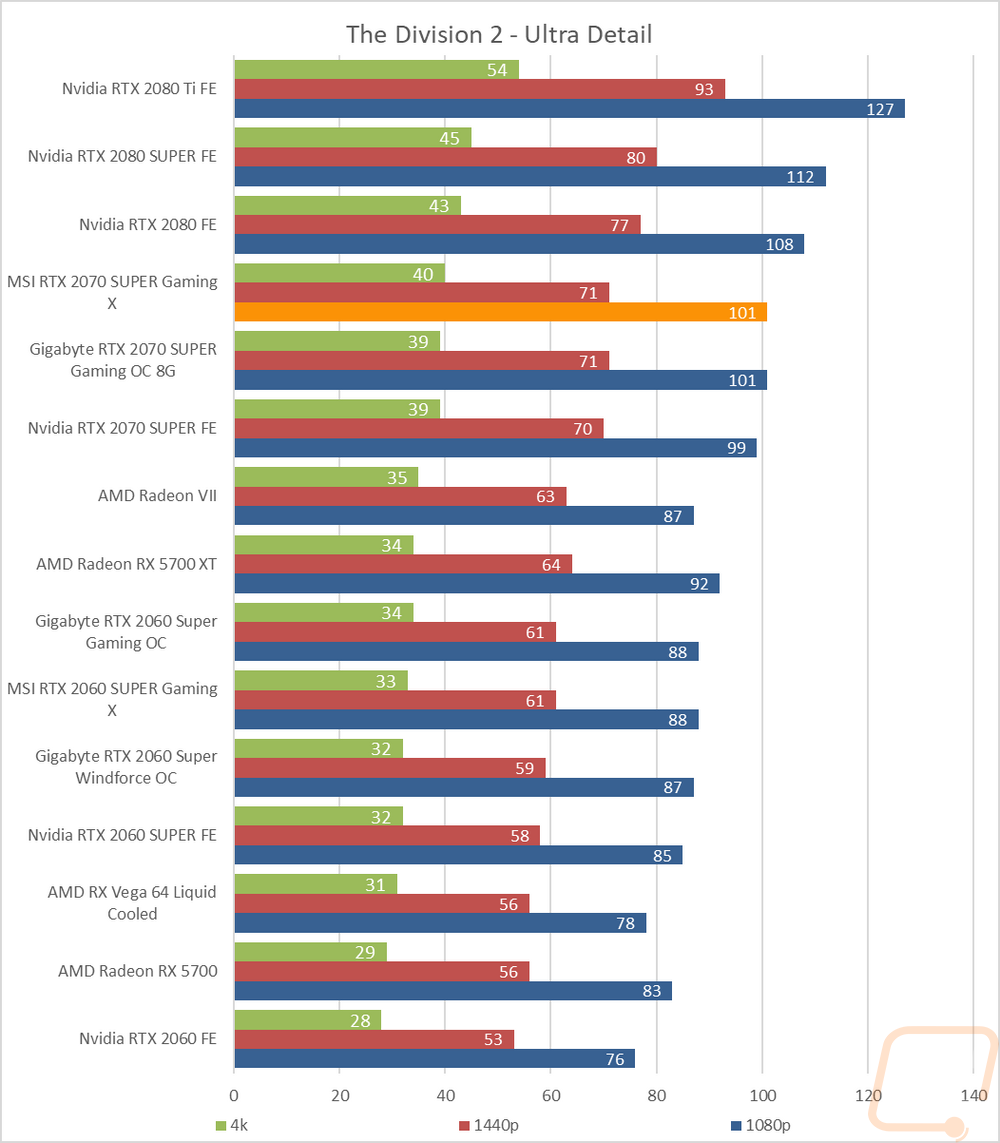 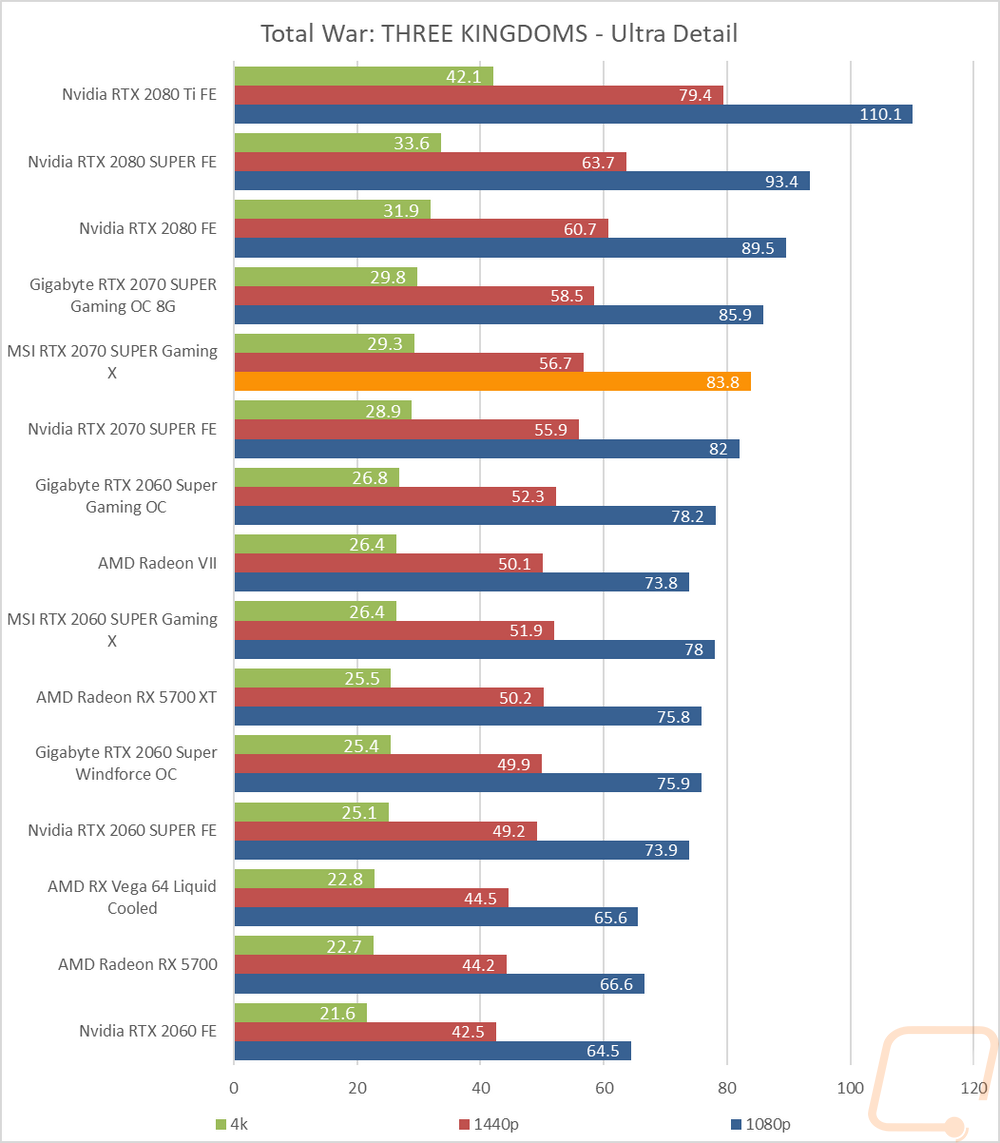 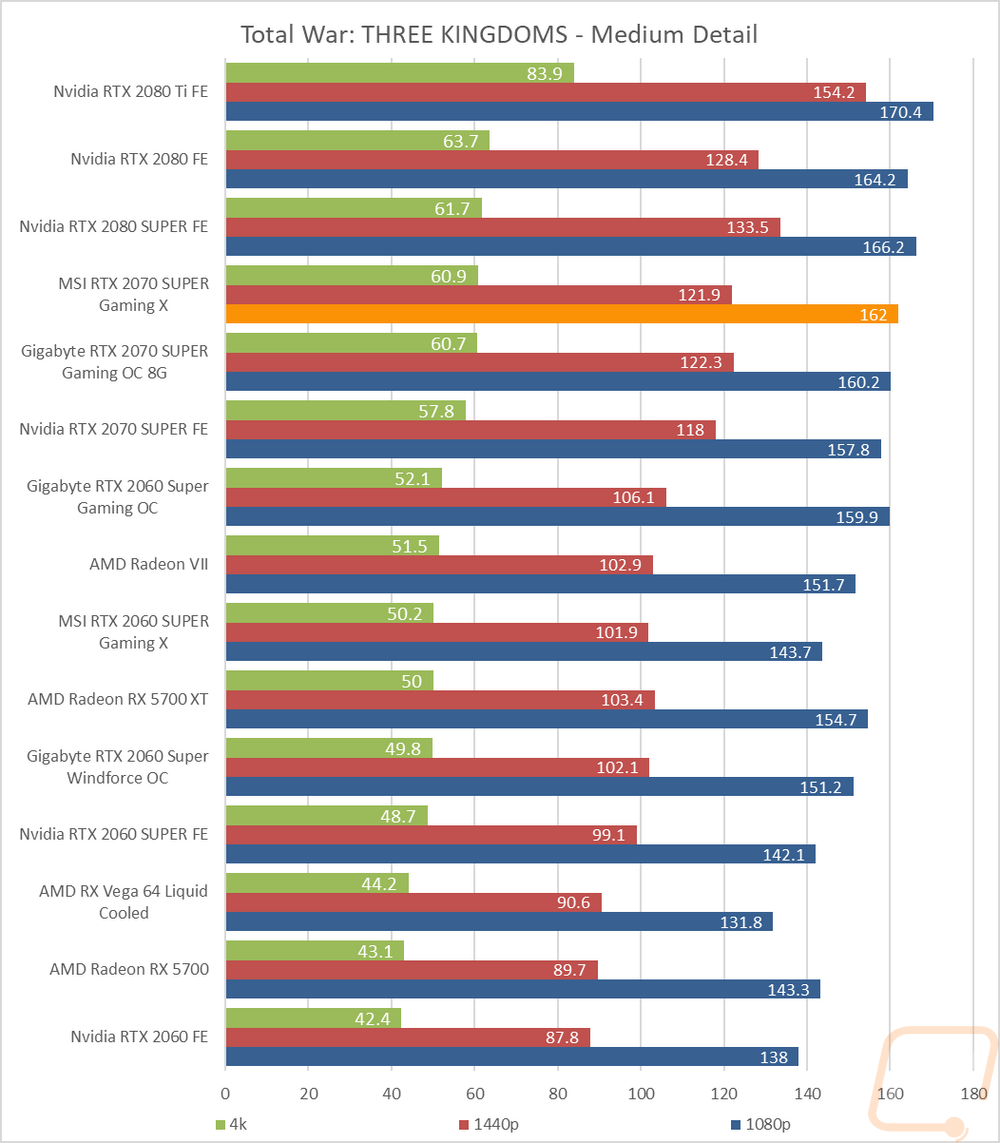 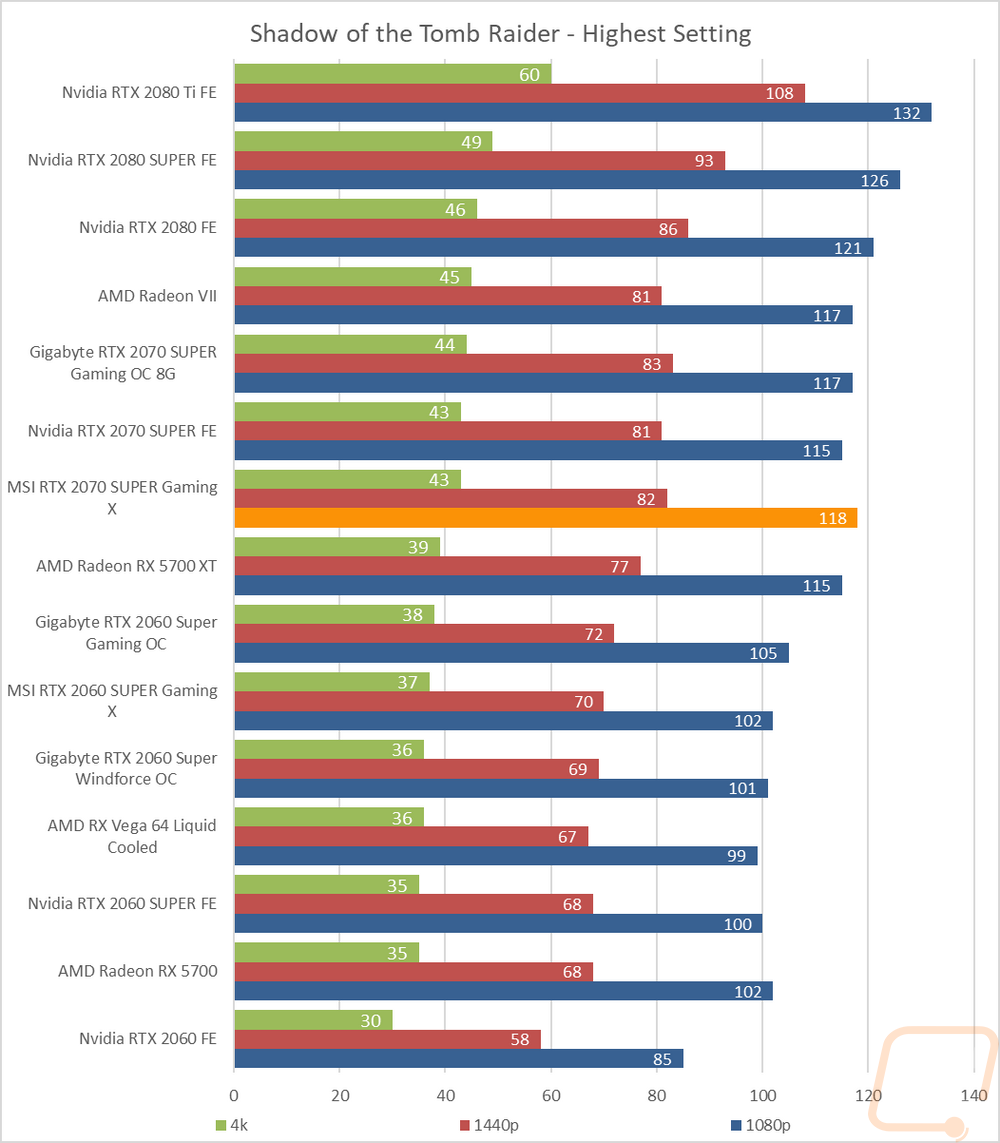 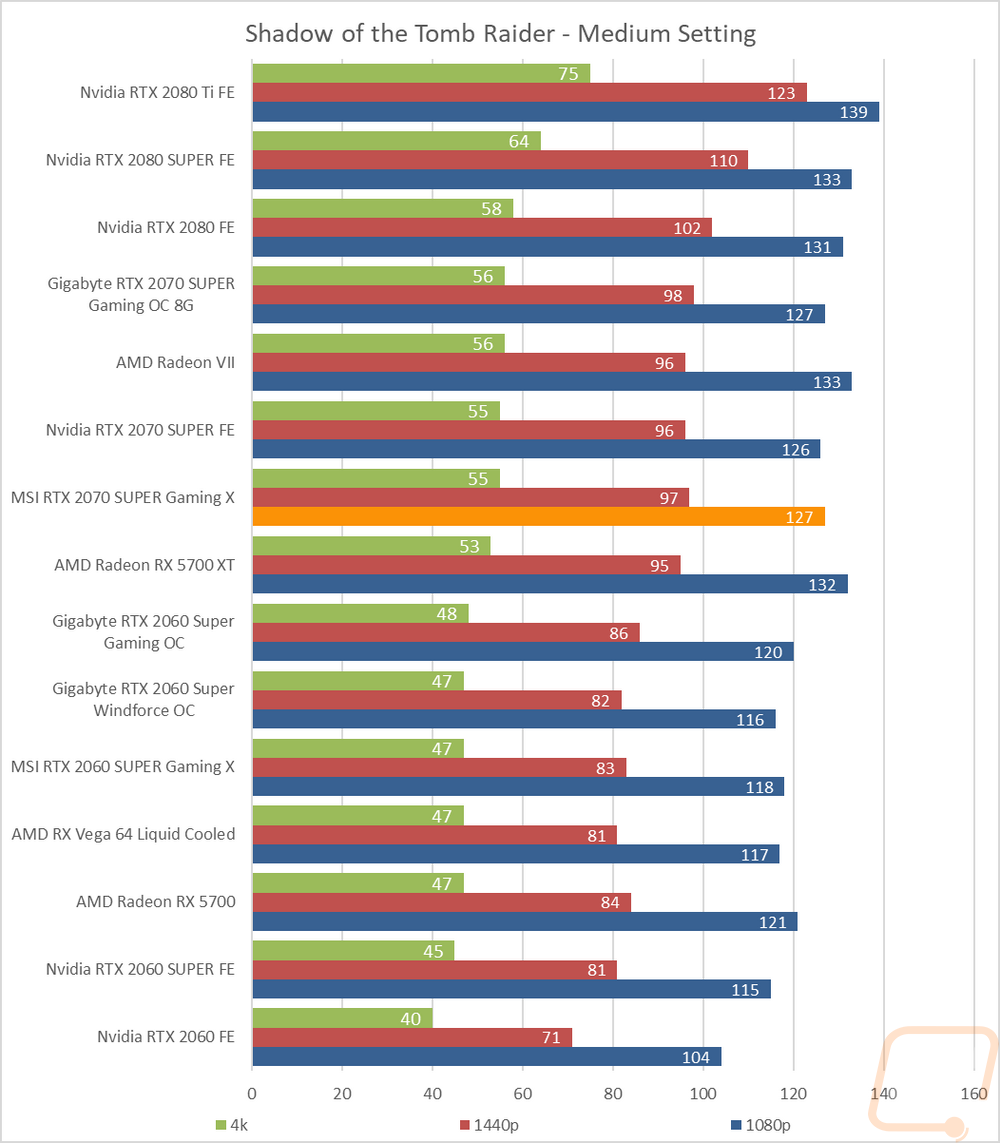 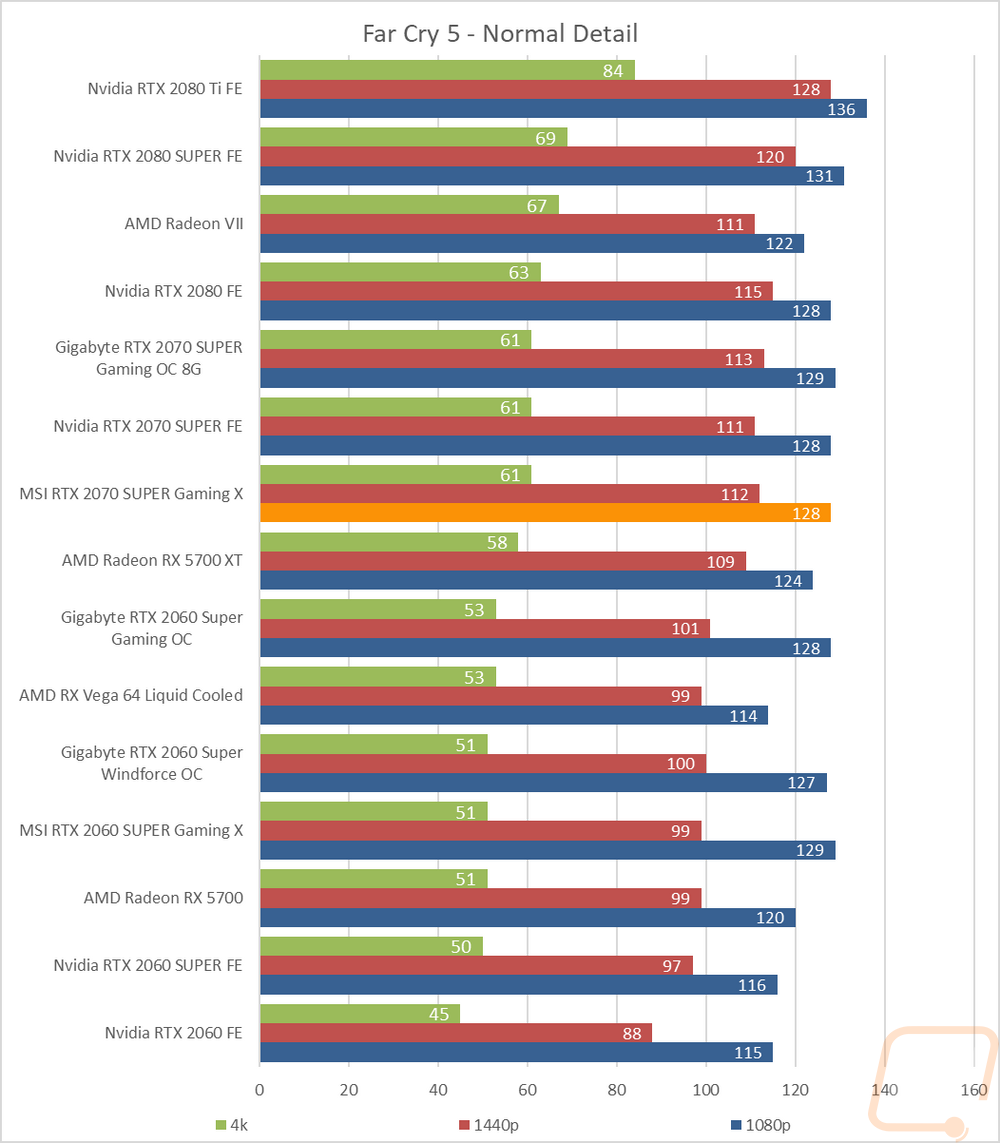 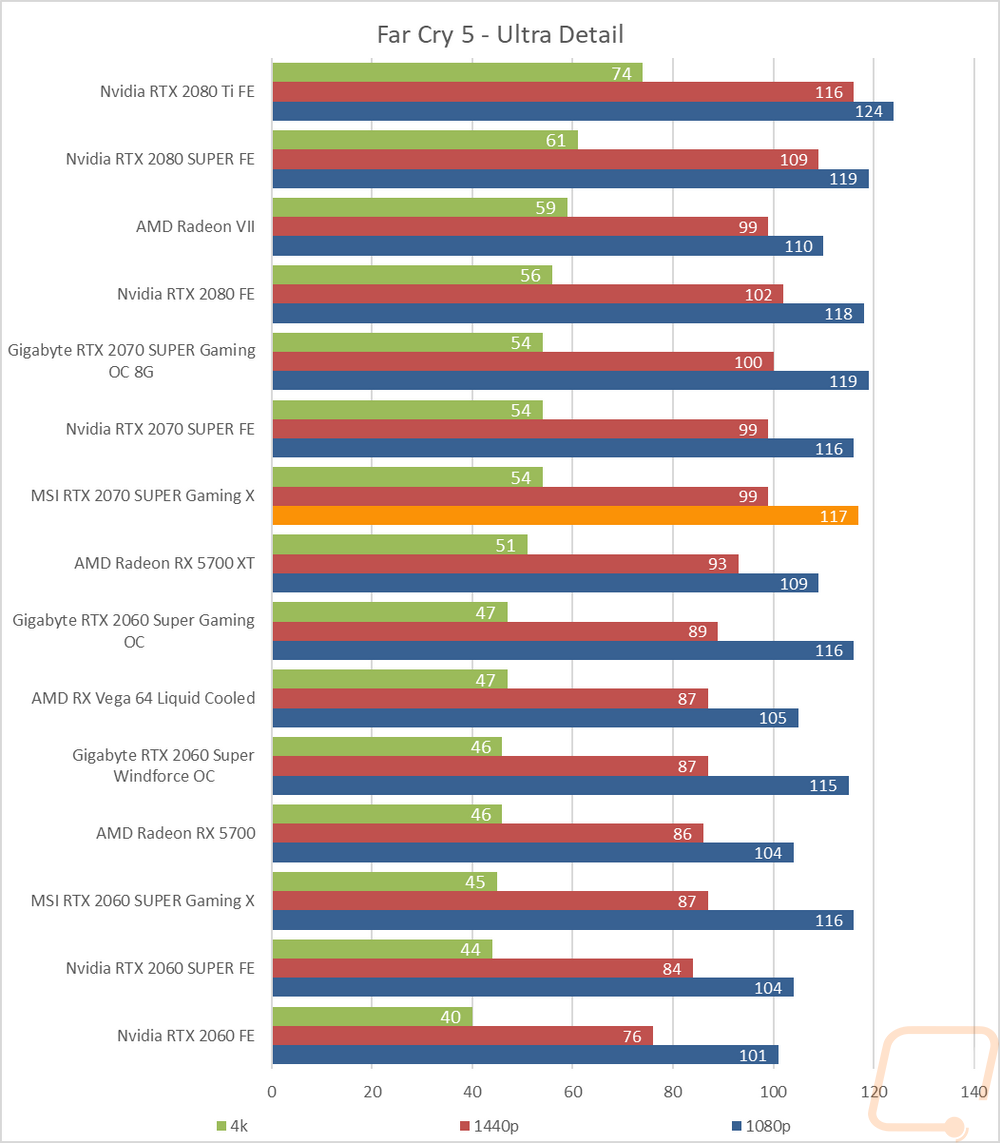 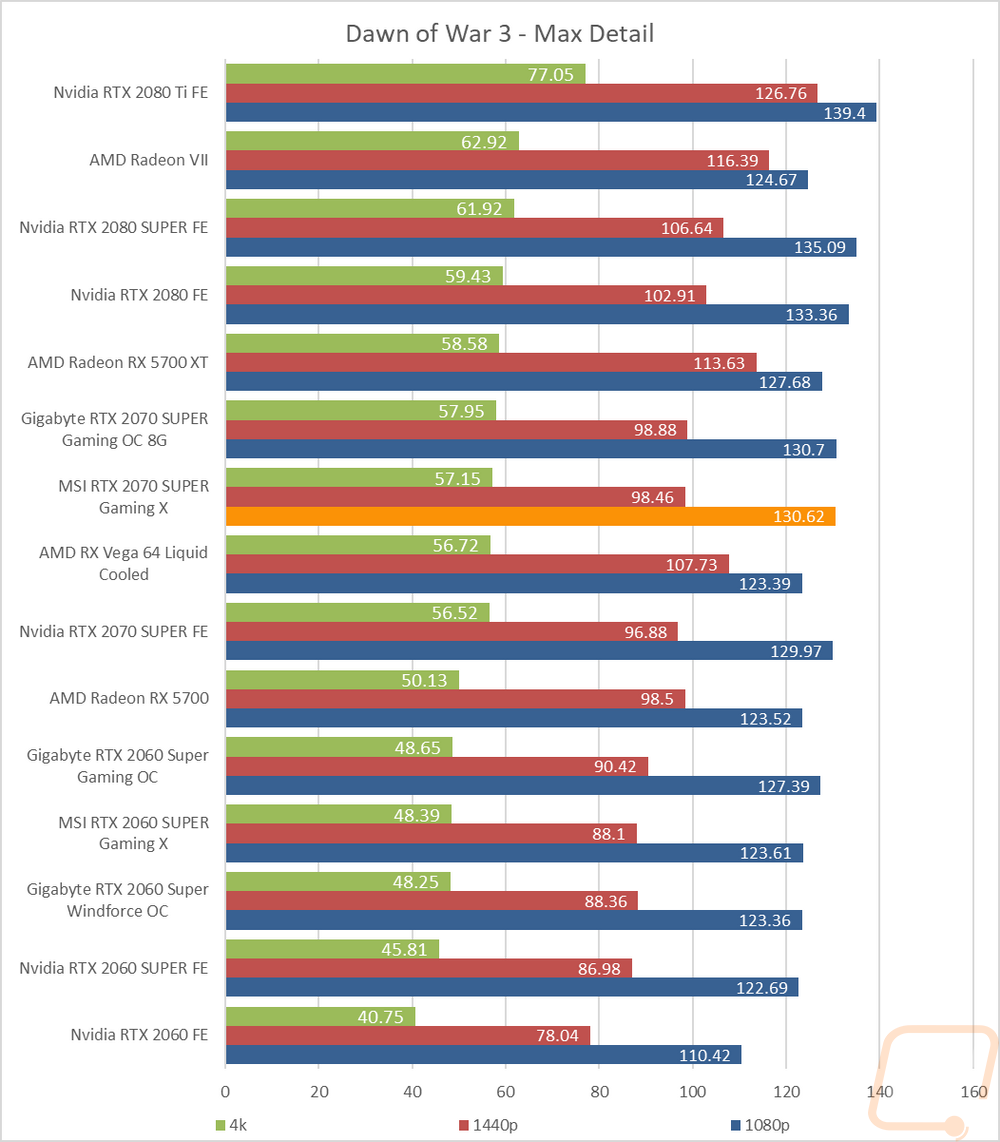 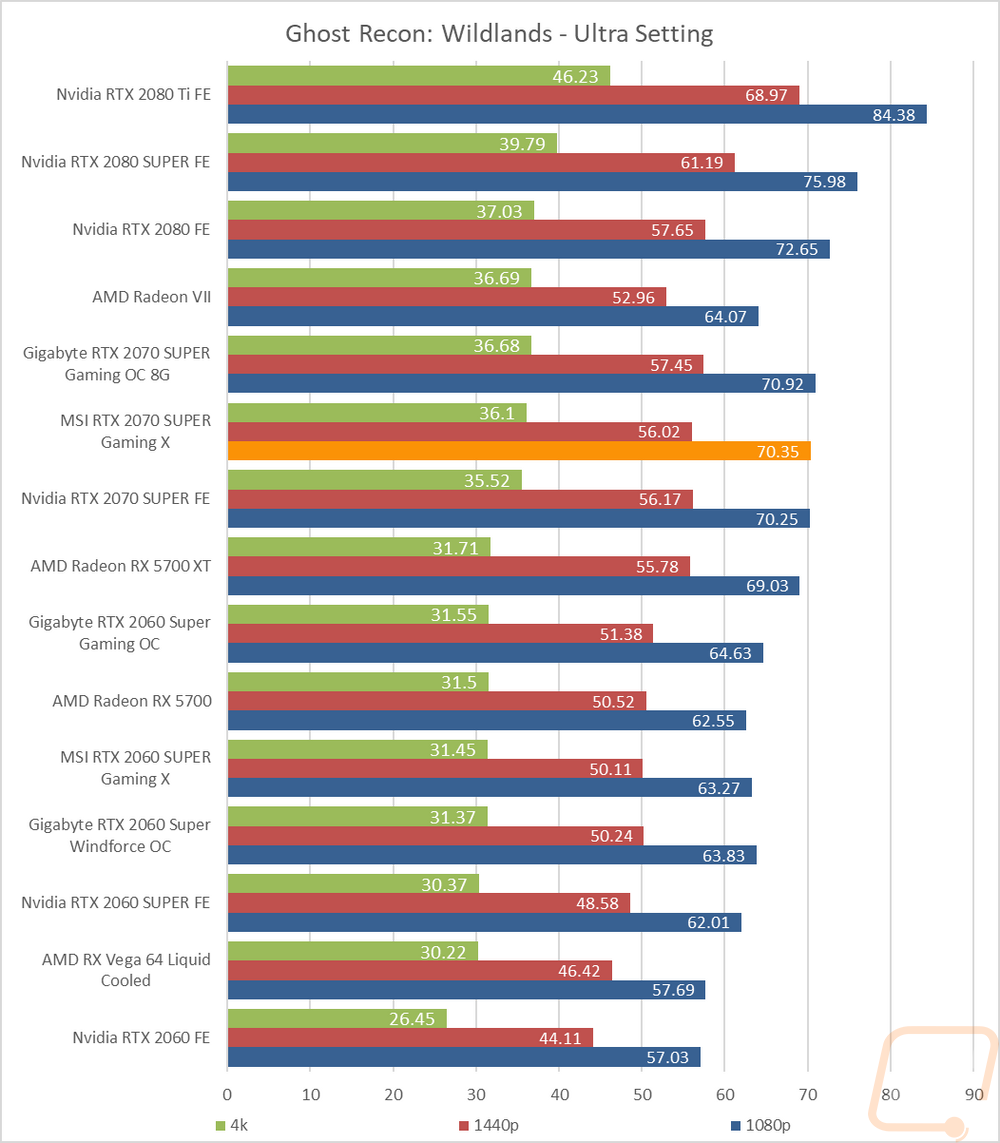 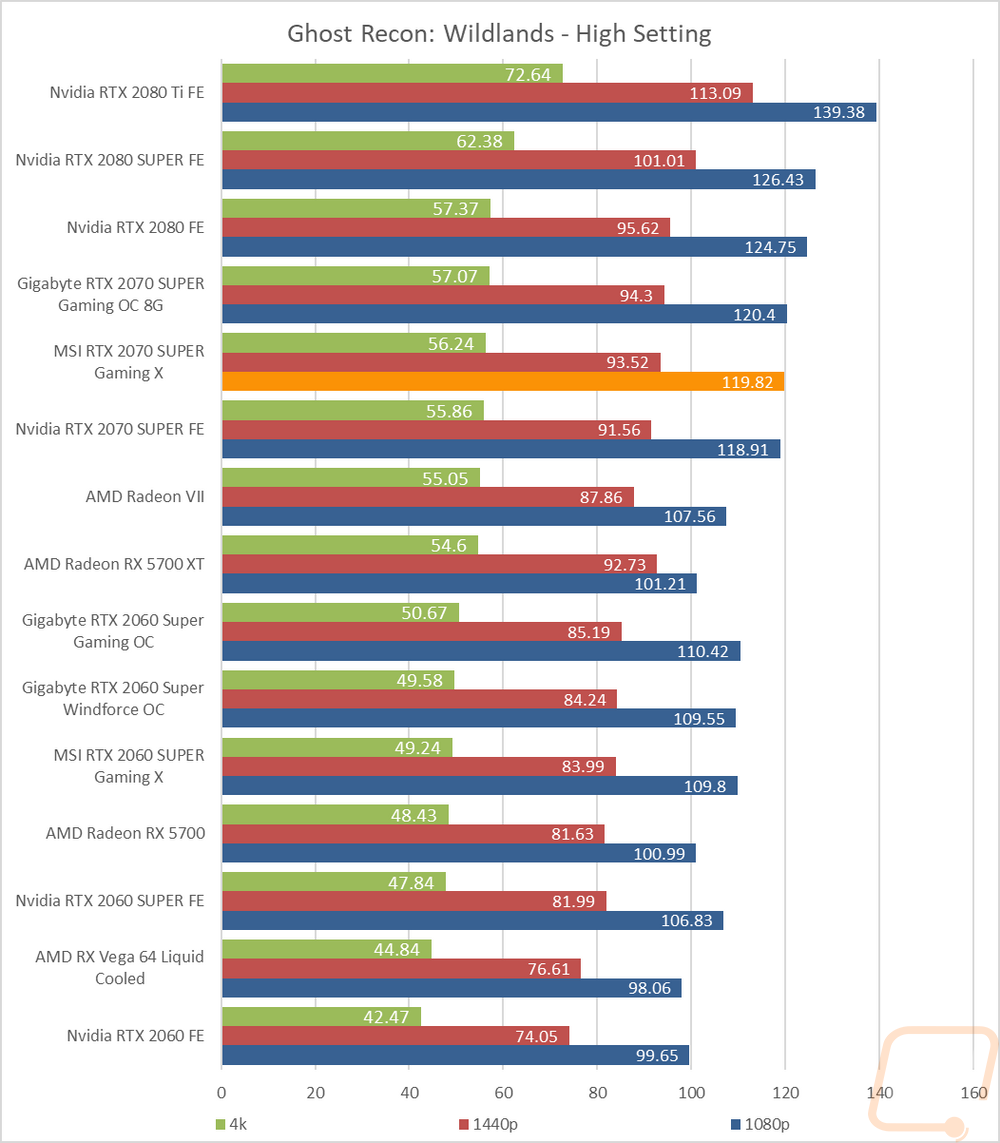 We have 1494 guests and no members online