As always I like to start off my testing with a few synthetic benchmarks. 3DMark especially is one of my favorites because it is very optimized in both Nvidia and AMD drivers. It's nice to not have to worry about it being favored too much either way and the repeatability of the results makes it a nice chance to compare from card to card. I started off with the three Fire Strike benchmarks that focus on DX11 performance. To preface that though I am especially focusing on the performance between the three RTX 2070 SUPERS that I have tested including the Gaming X. The Gigabyte Gaming OC and Nvidia’s Founders Edition being the other two. The Gaming X comes in with a 1800MHz boost clock, the Founders Edition has a 1770 MHz boost clock, and Gigabyte has a touch more than the Gaming X in boost clock speed at 1815 MHz. How did that translate to Fire Strike scores? Well the Gaming X fell right in between the Founders Edition and the Gaming OC in all three tests. Now this put the Gaming X extremely close to the 5700 XT at the Ultra detail but at the two other details it was still behind by a noticeable amount. 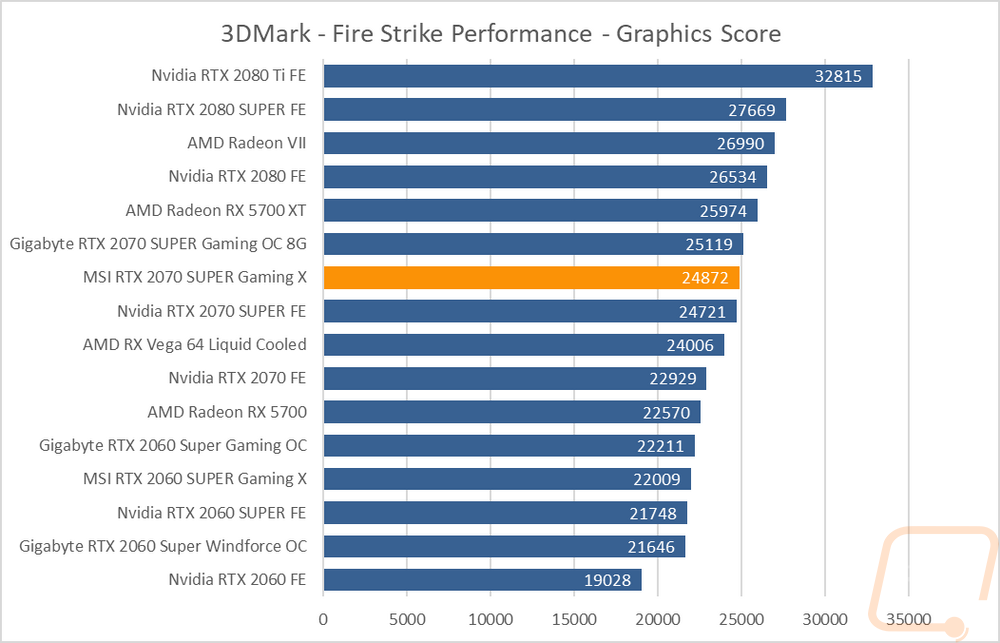 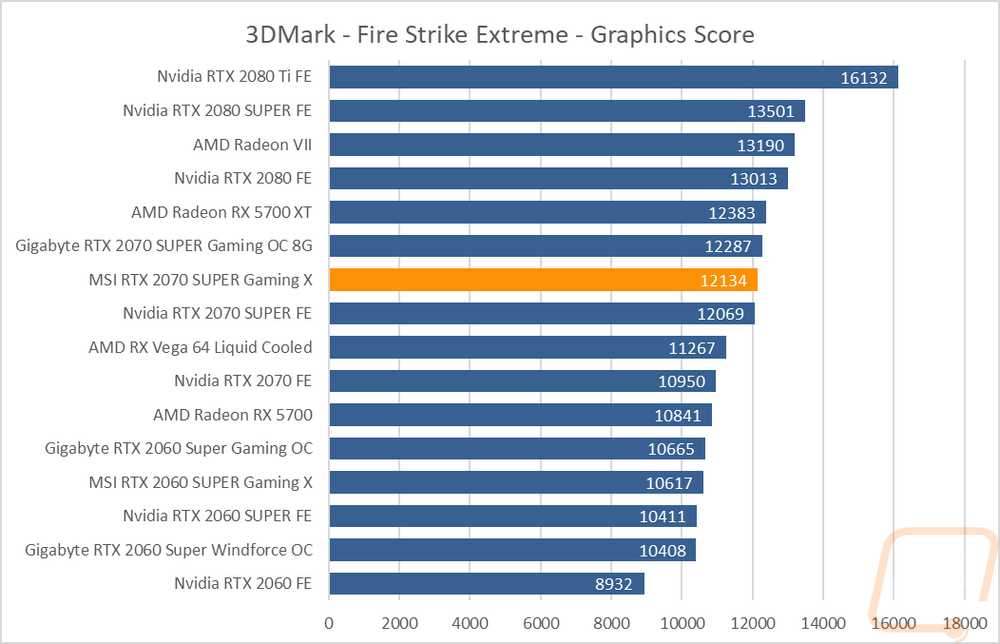 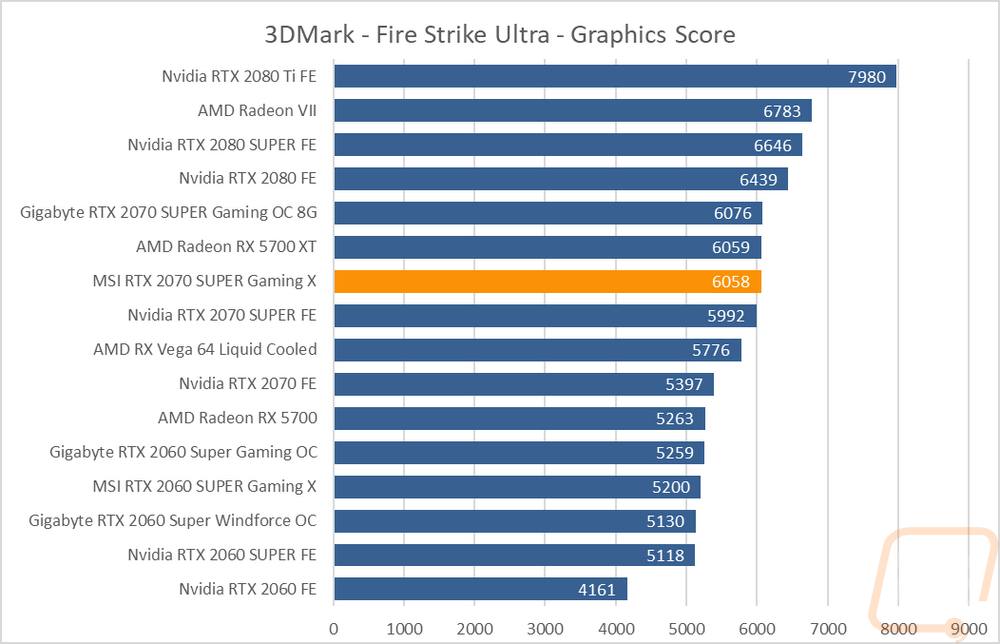 In 3DMark Time Spy and Time Spy Extreme I took a look at DX12 performance. The Turing based GPUs from Nvidia all really excel at DX12 and it shows here as well. Notice the RX 5700 XT that was ahead of the Gaming X in the DX11 tests is down towards the middle of the charts. Here the Gaming X actually came in ahead of the Gaming OC slightly, but like their clock speeds, they are so close in performance that that seem to trade back and forth with the Gaming OC slightly ahead in the Extreme test. 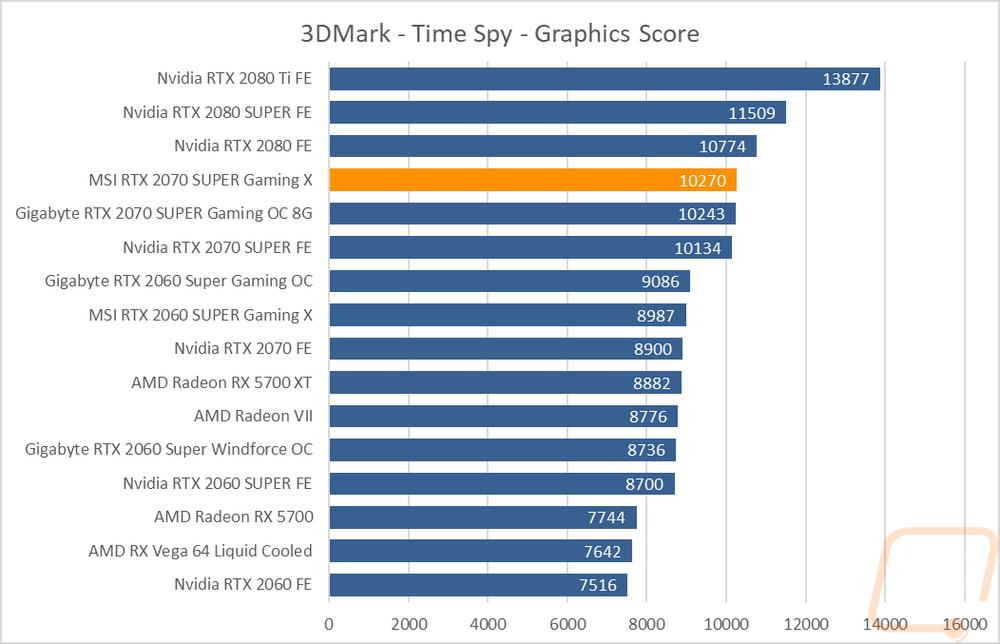 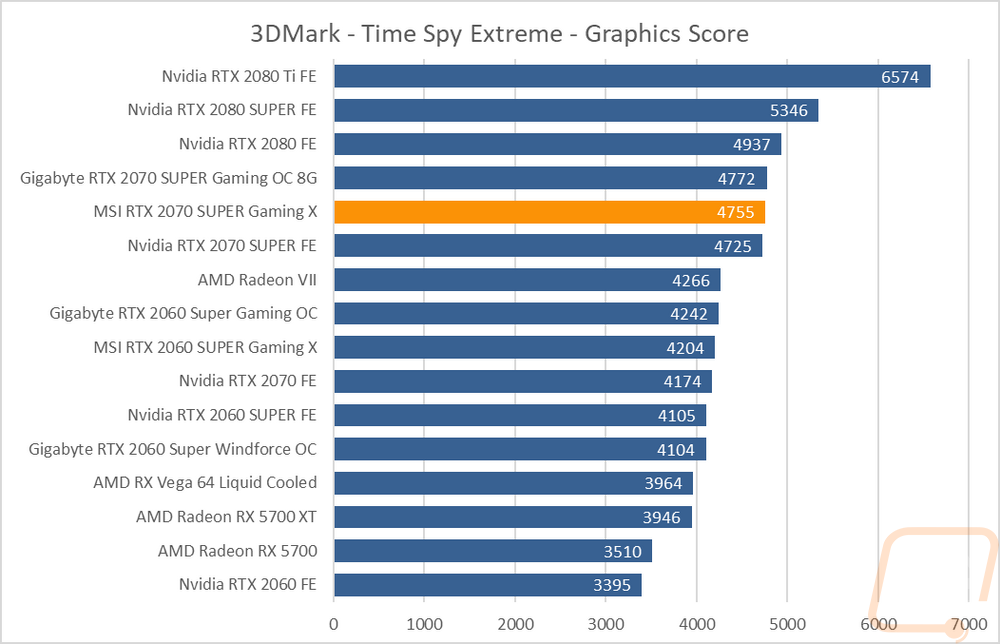 The RTX in the RTX 2070 SUPER lets us know that this is a Ray Tracing focused card and 3DMark does have a test for Ray Tracing performance called Port Royal. Currently, it is only supported by the Nvidia cards but I did run it and not surprisingly the Gaming X is right in between the 2070 SUPER FE and the 2070 SUPER Gaming OC. 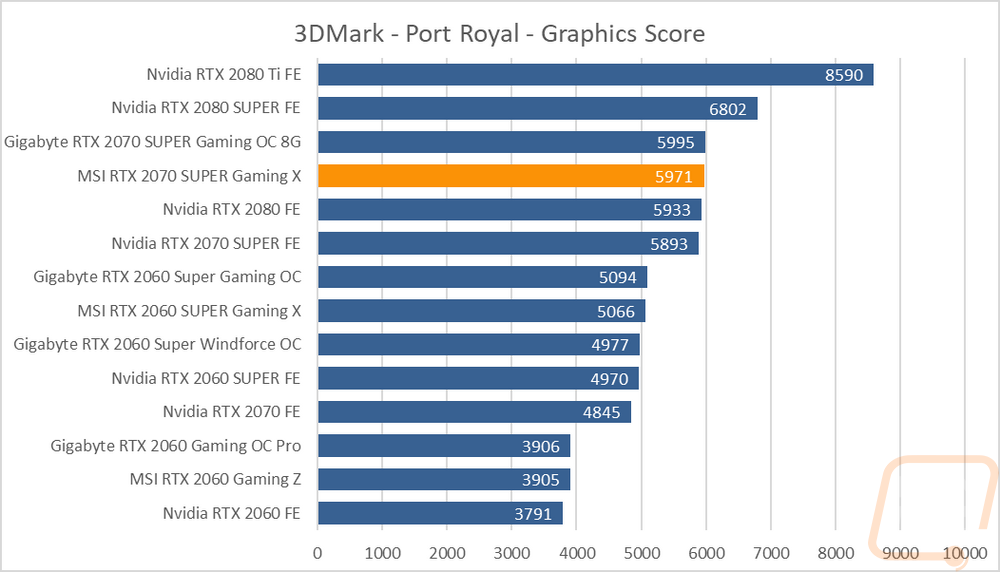 The last synthetic tests I ran were in Superposition which is a Unigine engine based test. I ran two 1080p tests, one at the Extreme detail setting and another at Medium. With both the Gaming X came in between the Gaming OC and the Founders Edition with performance well above the RX 5700 XT in both tests. 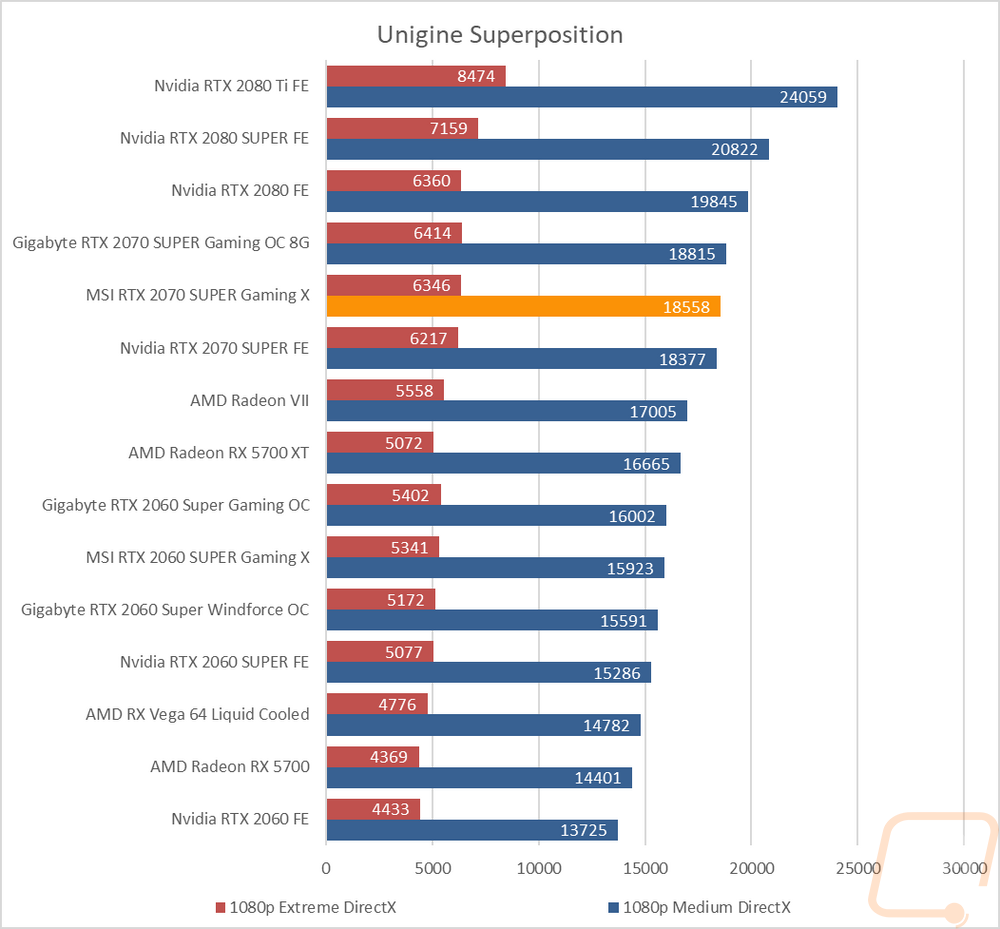 We have 1421 guests and no members online