To start off my testing I always go with a few of my preferred synthetic benchmarks. They don’t give direct translations to expected in game FPS, but they are consistent and give us a good chance to compare card to card performance. My first synthetic tests were in 3DMark where I tested using a few different benchmarks. The Fire Strike benchmark I tested at all three detail settings. At the performance setting the RTX 2060, Founders Edition came in between the GTX 1070 and the GTX 1070 Ti with it being a little closer to the Ti. But as the settings went higher in the Extreme and Ultra tests it dropped down just below the GTX 1070 This put it still ahead of the GTX 1060 and the RX590 as well. 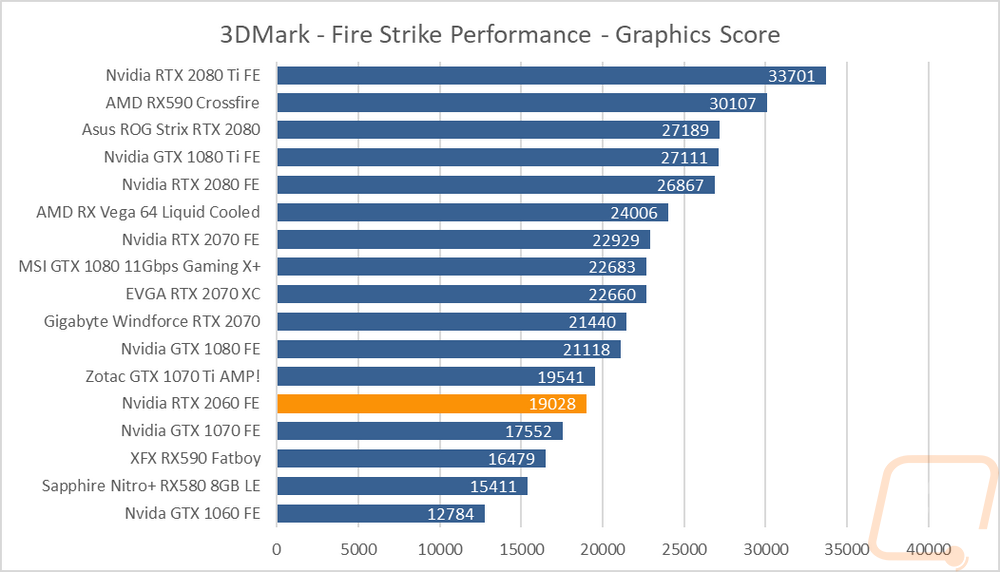 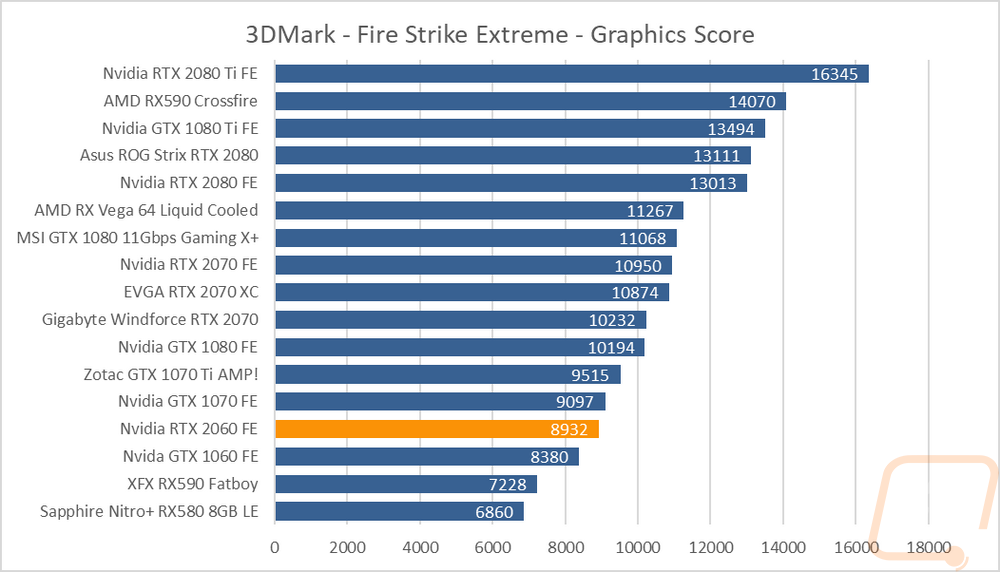 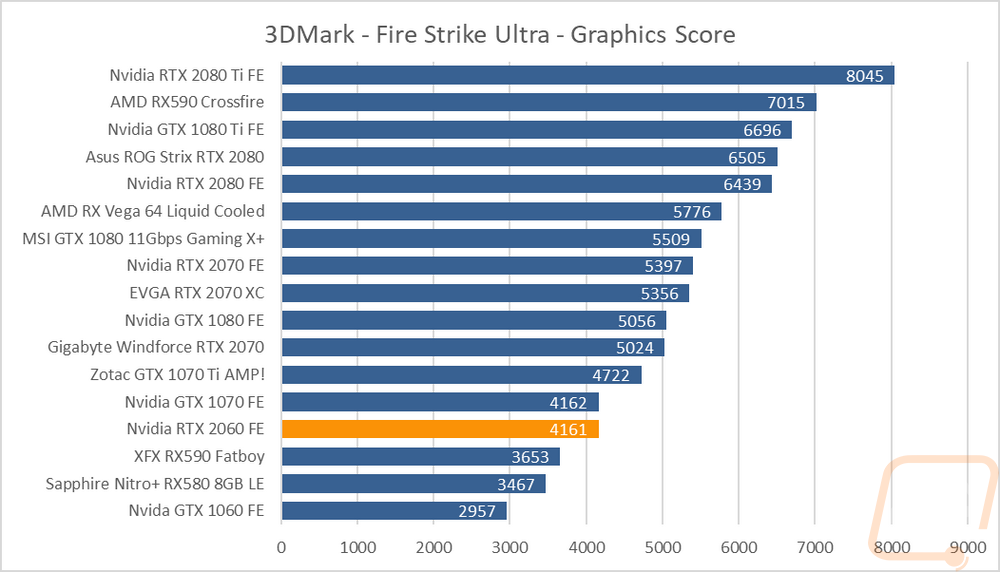 Still, in 3DMark I then moved over to Time Spy tests, this is the DirectX 12 benchmark and it currently has two detail settings. Al of the RTX cards have performed much better in DX12 games and the RTX 2060 was no different here. In the base Time Spy benchmark, the RTX 2060 Founders Edition came in just 126 points below the RX Vega 64 and above the GTX 1080 FE. Going up to the Extreme setting it was again above the GTX 1080 FE only this time it fell between that and the overclocked 11Gbps memory GTX 1080. 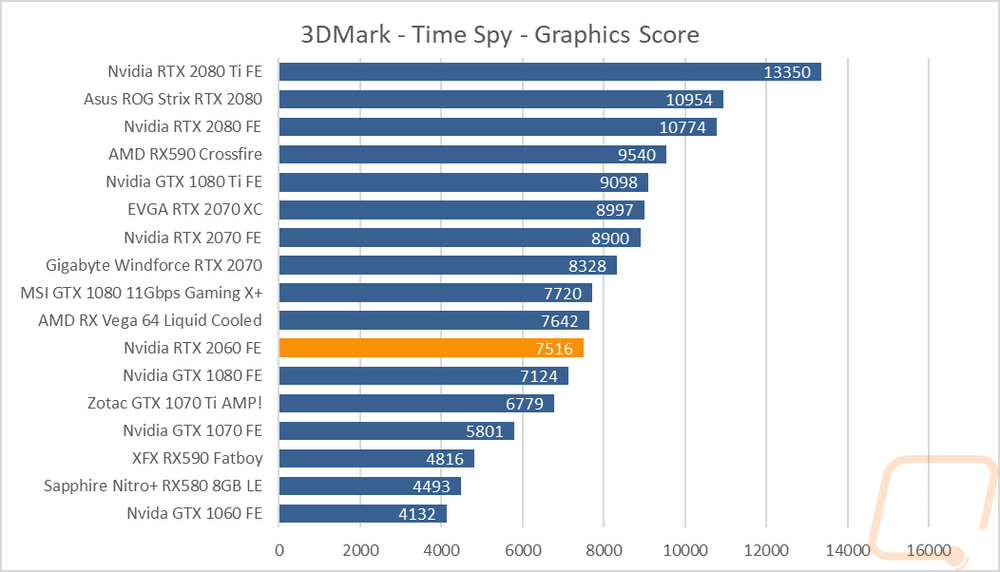 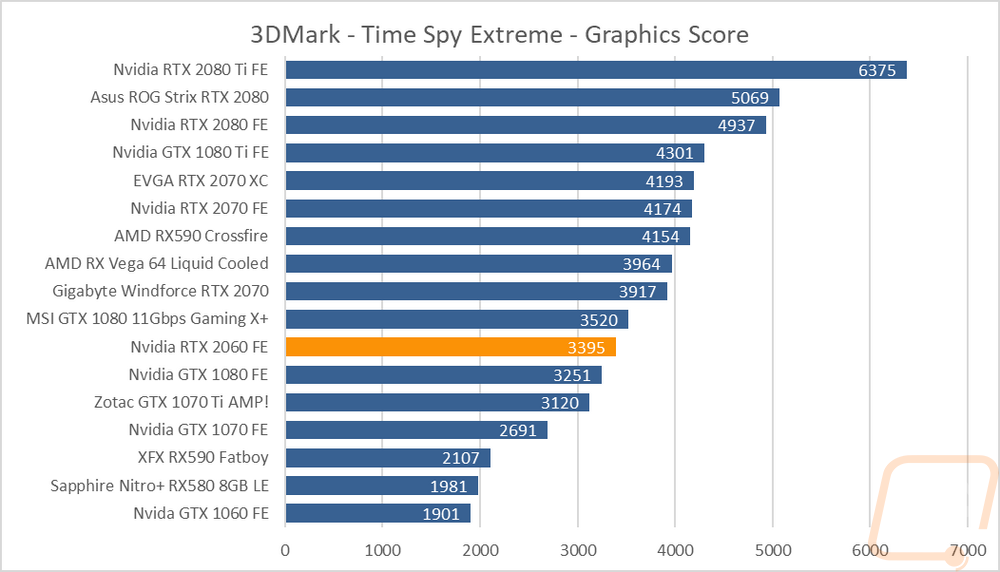 My last 3DMark benchmark was the newest addition, their Port Royal benchmark. This is a Ray Tracing specific benchmark that uses Microsoft’s DirectX Raytracing or DXR. It isn’t Nvidia specific, but currently, only the RTX cards support it. But this does finally give us a good way to directly compare ray tracing performance. The order of the cards in the graph below isn’t a shock at all, but I was surprised to see the 2080 Ti pull ahead as much as it did. Beyond that Nvidia has each of its models evenly spaced apart.

My last set of synthetic benchmarks are done in the Unigine based Superposition benchmark. Here I tested using medium and extreme detail settings at 1080 and then again at 4k and 8k resolutions to take a look at ultra high resolutions. At 1080p medium the RTX 2060 FE came in right in between the GTX 1070 and GTX 1070 Ti, again being much closer to the 1070 Ti. But at 1080p extreme detail, it pulled ahead of both the 1070 Ti and the GTX 1080. At 4k and 8k it was back to running just behind the 1070 Ti due to its 6GB memory capacity vs the 8GB VRAM in the 1070 Ti. 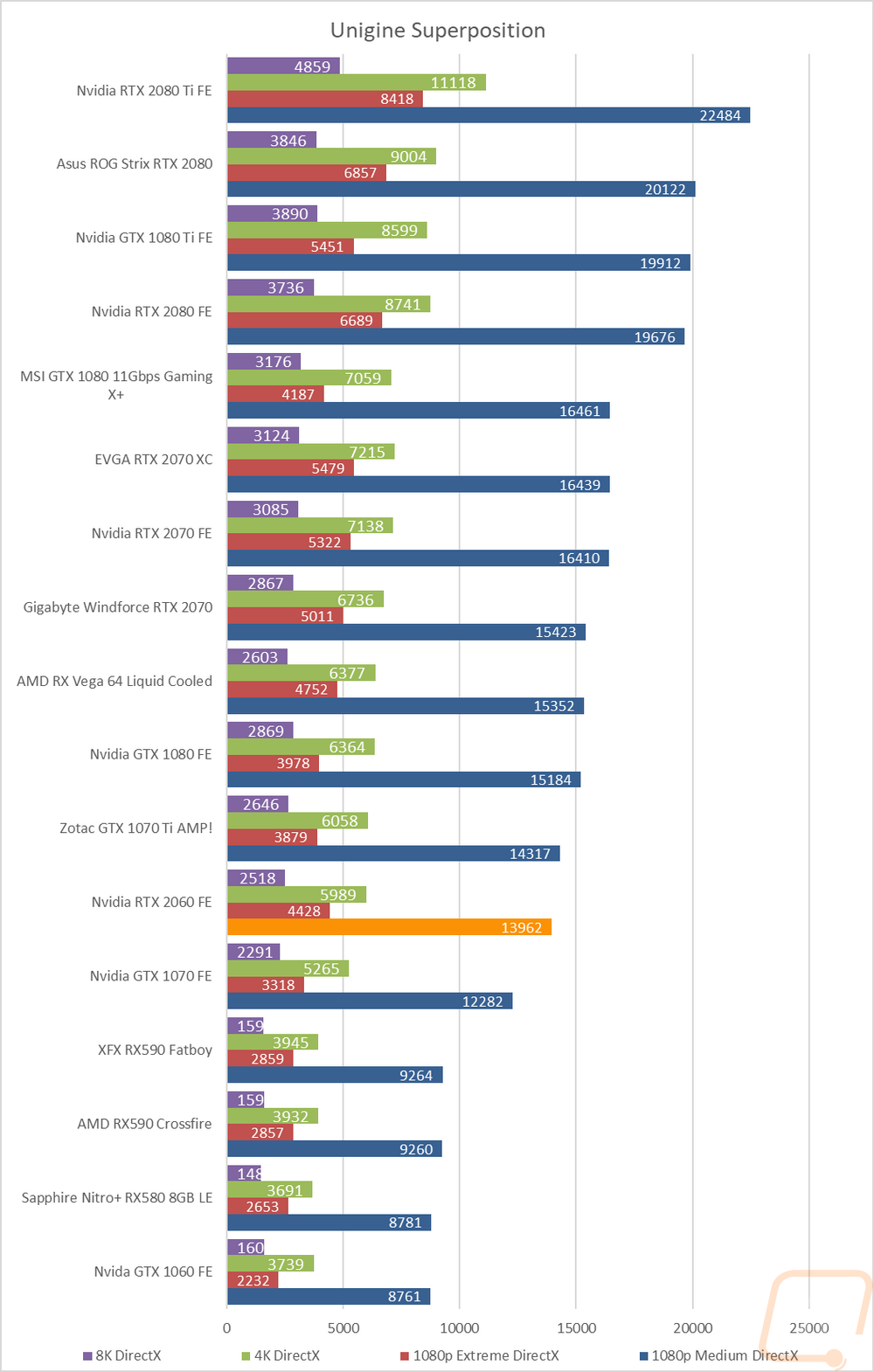