While most of you are looking at video cards for gaming performance, there are always a few that need them for work or hobbies or you might do both, gaming and various PC workloads that take advantage of GPU Compute. So I like to take a look at compute performance as well. My first test is using Passmark’s Performance Test 9 wherein their GPU test suite I run just the GPU Compute test. Here the RTX 2060 came in lower than the GTX 1070 which it outperformed in all of the gaming tests but also not far behind the stock clocked RTX 2070 as well. 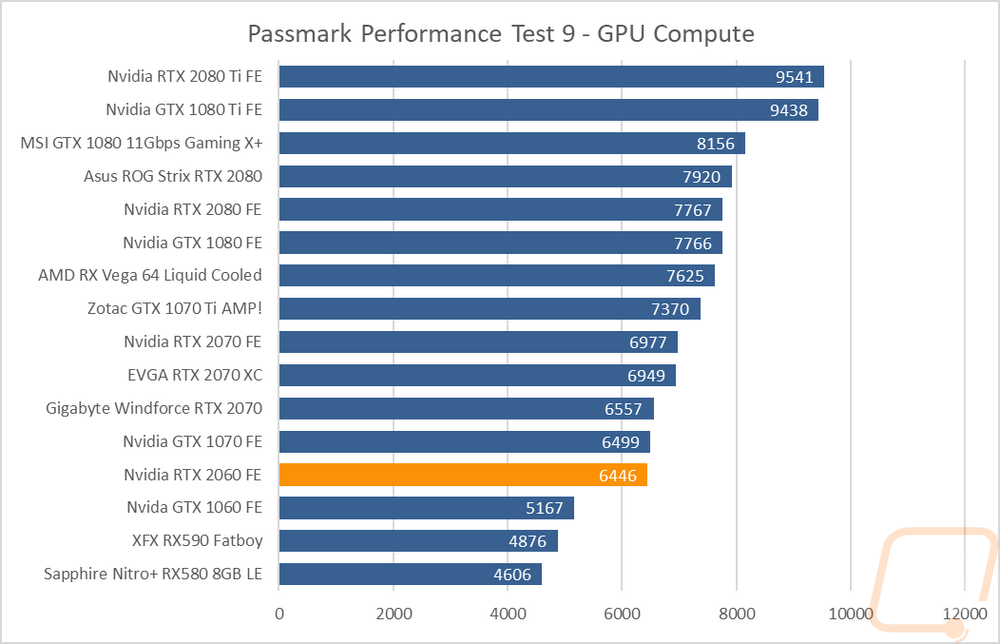 My next test is in Cinegy where their benchmark tests rendering performance across a very high number of file formats and resolutions. The overall average is where they get their score. Now a few of their tests still don’t work with RTX cards so the RTX cards come in a little lower than they should here. It is even worse for AMD cards, there are enough Nvidia focused file formats that fail on the AMD cards that they don’t compile a score at all. 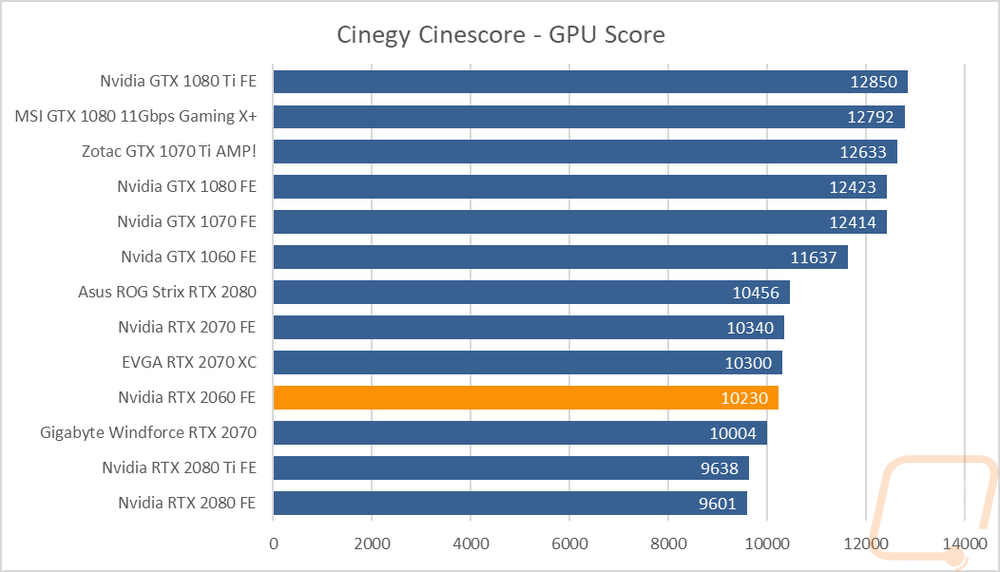 So Blender is one of the most popular compute benchmarks both for GPUs and CPUs and it is also a hugely popular 3D rendering program. Here I use the stock benchmark which tests using two tests, timed so the lower the score the better. In the past, this didn’t run with RTX cards so I have had to skip it, but I found that you can download the benchmark and then replace the blender program files inside with the latest beta build that does support RTX. I did this to finally get RTX results, hopefully soon the RTX support will reach the normal build and with that the benchmark as well. That said the RTX 2060 did amazing here, outperforming the GTX 1080 Ti, but also look at the other RTX cards now that we can see their performance as well. The 2080 Ti dominates here! 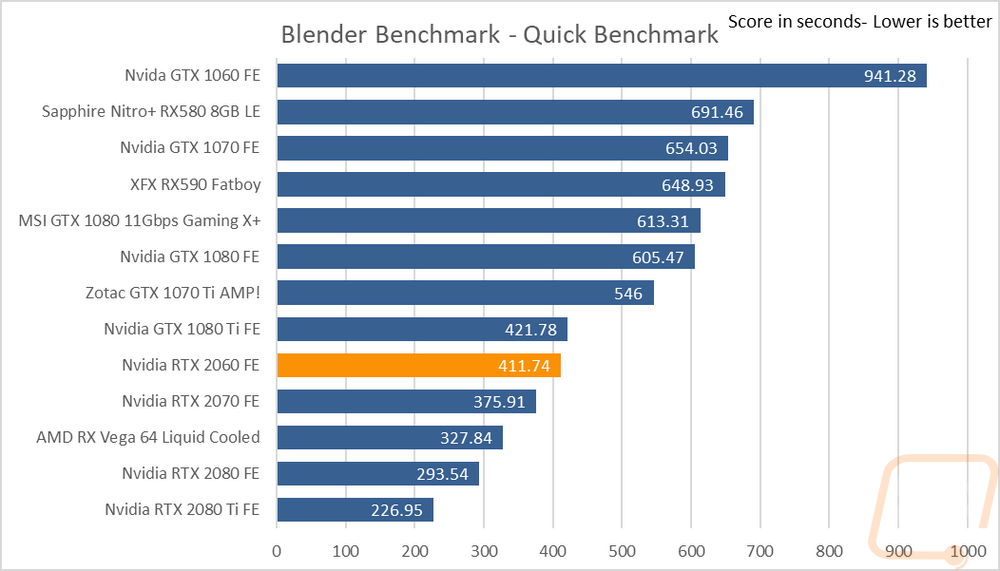 I have also added Basemark’s new GPU test into our suite where I run the same test across DX12, OpenGL, and Vulkan with Vulkan performance on all of the RTX cards being well ahead of the others.

Last but not least is the Geekbench 4 GPU Compute test done with OpenGL. With just the RTX cards tested so far the results aren’t a big surprise, but are a good reference.

We have 1477 guests and no members online