So how did the RTX 2060 Founders Edition perform? Well at 1080p it had three games come in over 120 FPS, 12 over 60, and just two under 30 FPS. With just two games barely falling under 30 FPS at their highest settings specifically Wildlands and Deus Ex: Mankind Divided where their lower detail settings performed better. 1440p was similar, 2 games came in over 120 FPS and 11 were in the 60+ range. Four were down under 30 FPS though. This is where that 6GB of VRAM becomes a limitation, ultra-high detail settings in a few games start to fill that up, especially as the resolution goes up. Even with that, the number of games that are playable at 1440p is still impressive. Then at 4k things really fall off the rails with just two games being smooth at 60+, 12 are playable but not smooth in the 30+ range, then three are under 30 and not really playable at all.

Before diving into all of the testing, I wanted to take a look at Final Fantasy. This wasn’t included in our FPS range results because the benchmark only provides a score, not an any average FPS results. That said at 1080p the RTX 2060 came in just below the GTX 1080 FE and the GTX 1070 Ti in all three resolutions. I also tested using DLSS vs TAA at 4k to get a look at the potential performance improvement that DLSS can provide when taking advantage of those extra Tensor cores that all of the RTX cards have. 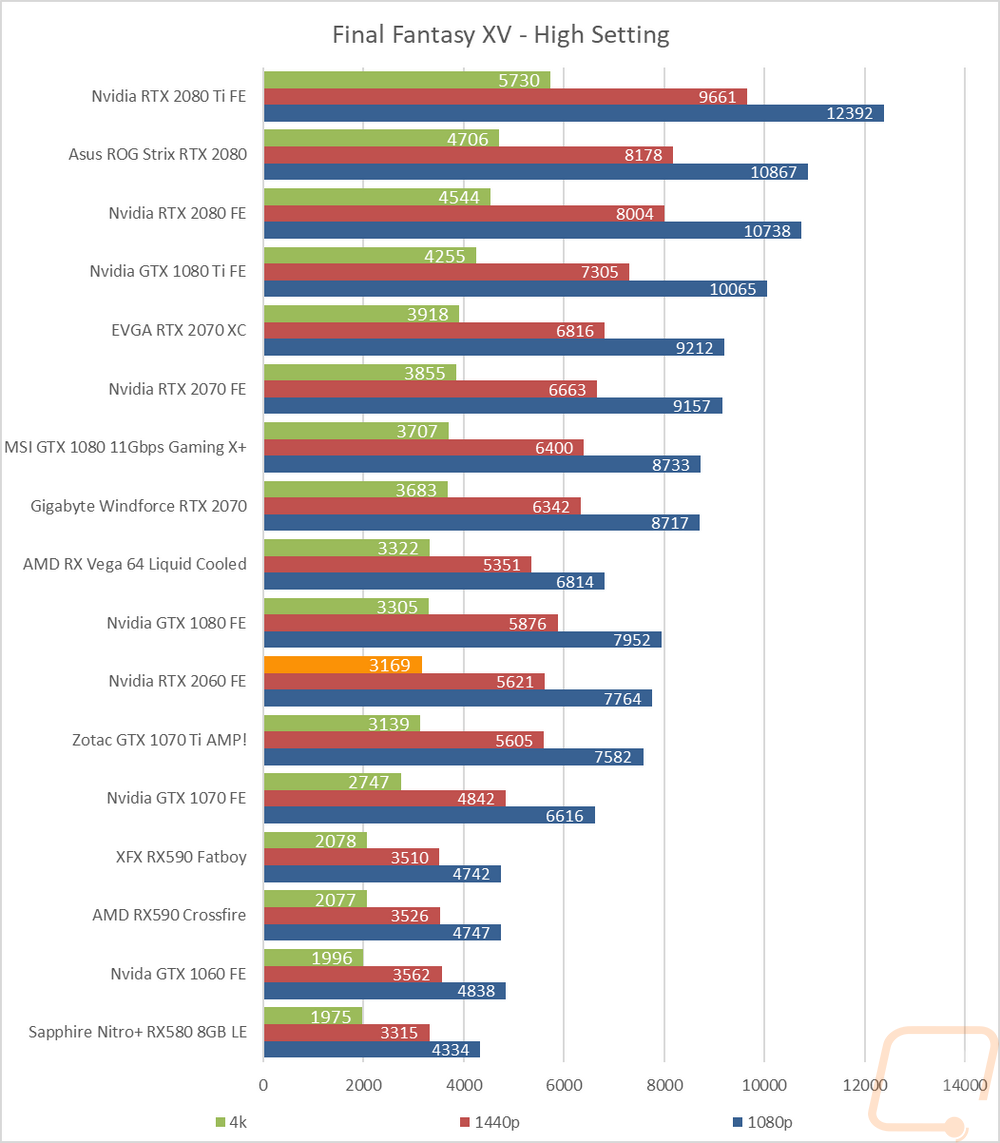 Of course, I have all of the actual performance numbers from the rest of the games tested. It is a lot of data to take in, so you might be just as crazy as me if you are sorting through it all. But when you flip through them the one thing you will notice is the RTX 2060 Founders Edition trades places with the GTX 1070 Ti often. The 2060 FE comes in ahead of the GTX 1080 in Doom and Deus Ex but on average comes in just a touch ahead of the GTX 1070 Ti. Everything is playable to ultra smooth in the 120+ range at 1080p, 1440p is also in range but a few games just fall on their face when maxing out that 6GB VRAM and in those games you will most likely need to turn the detail down just slightly. 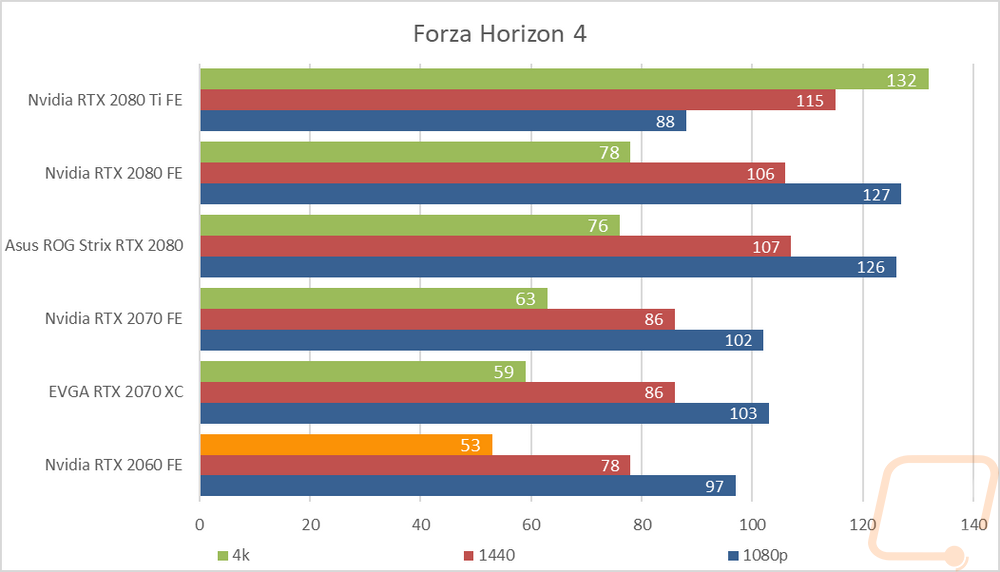 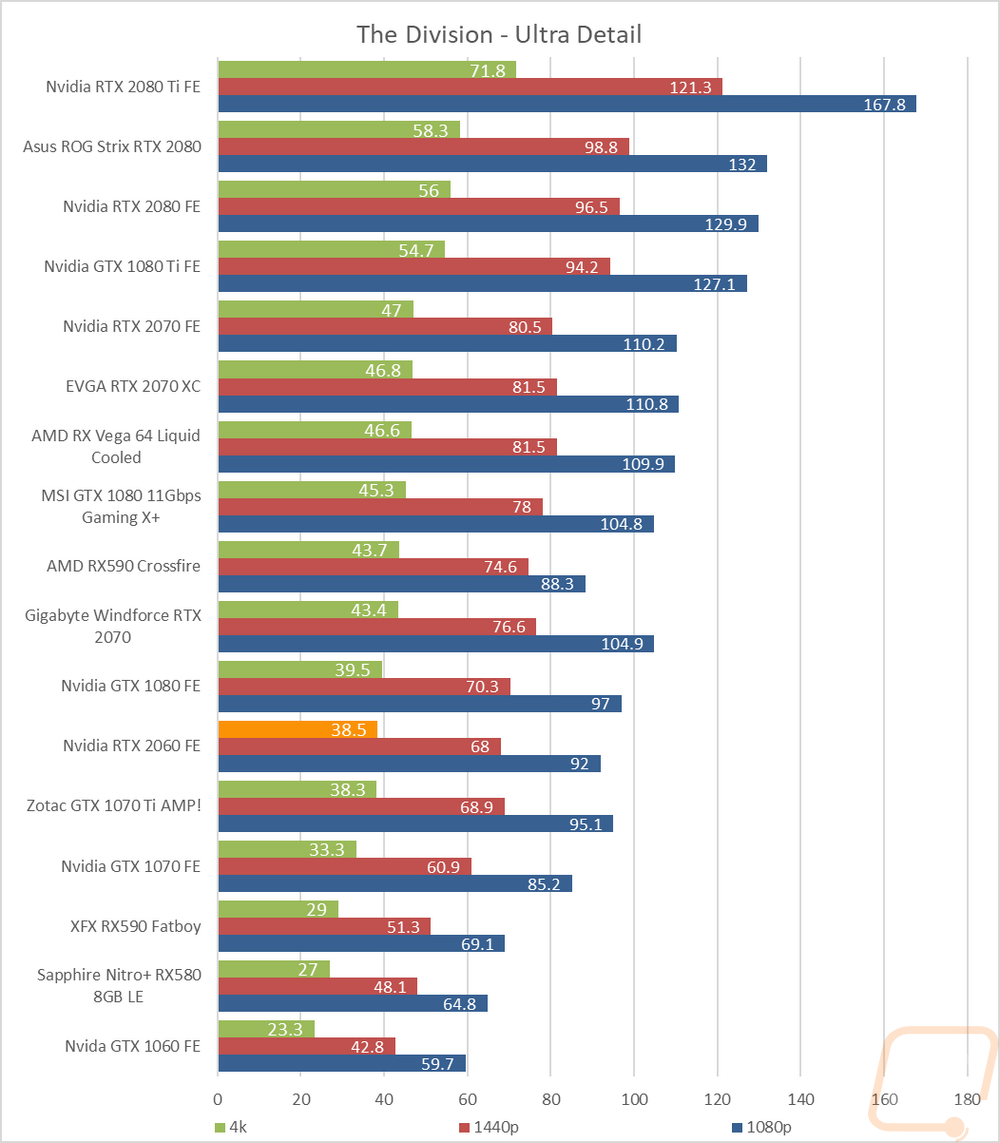 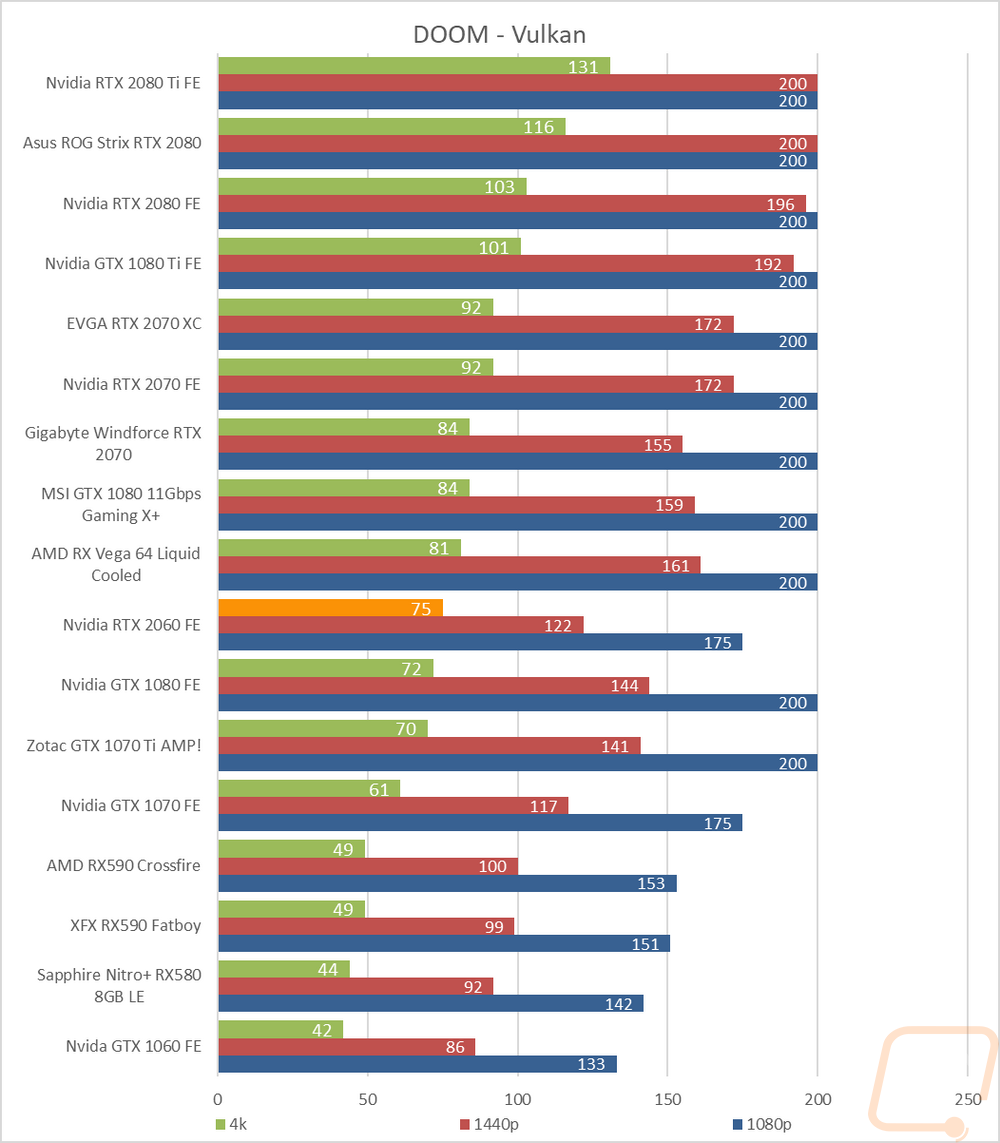 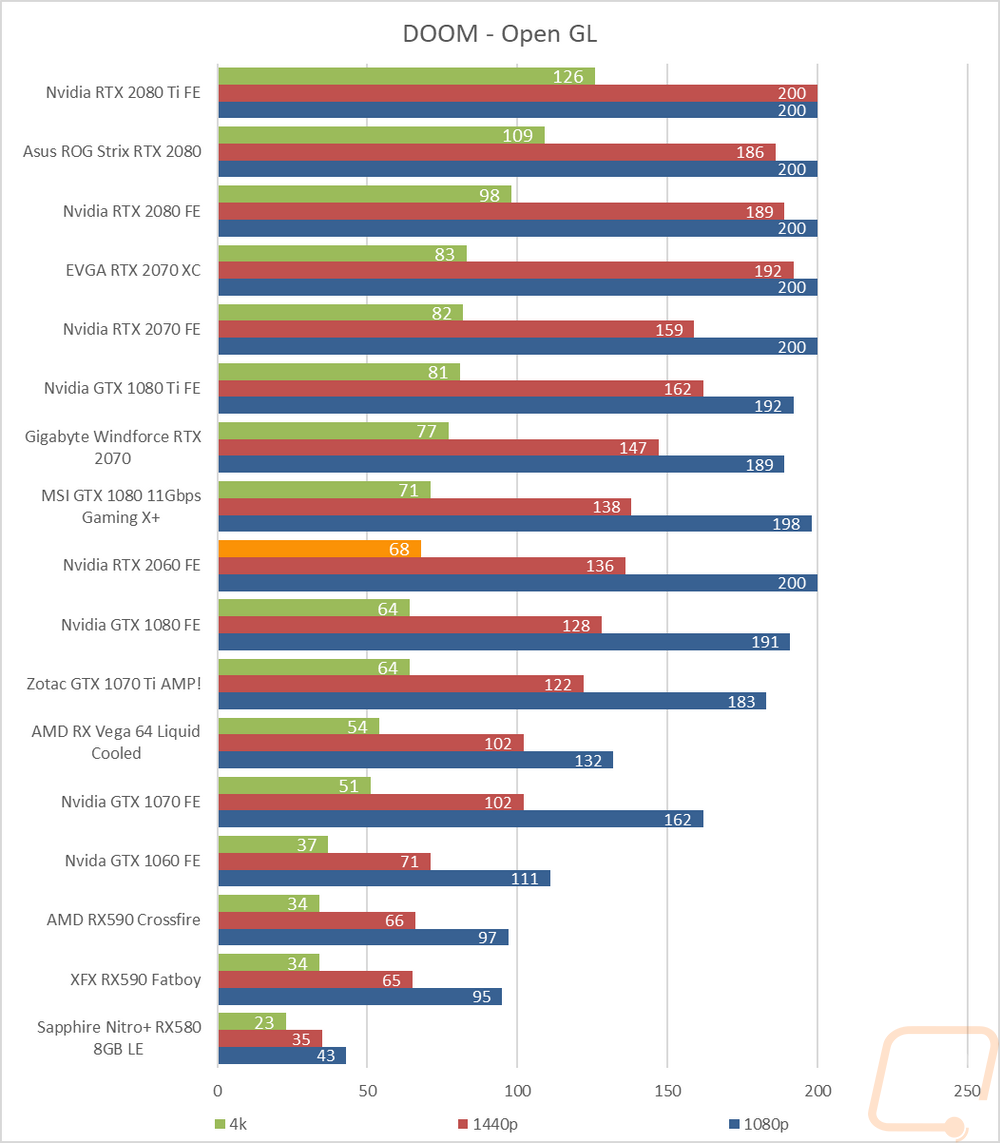 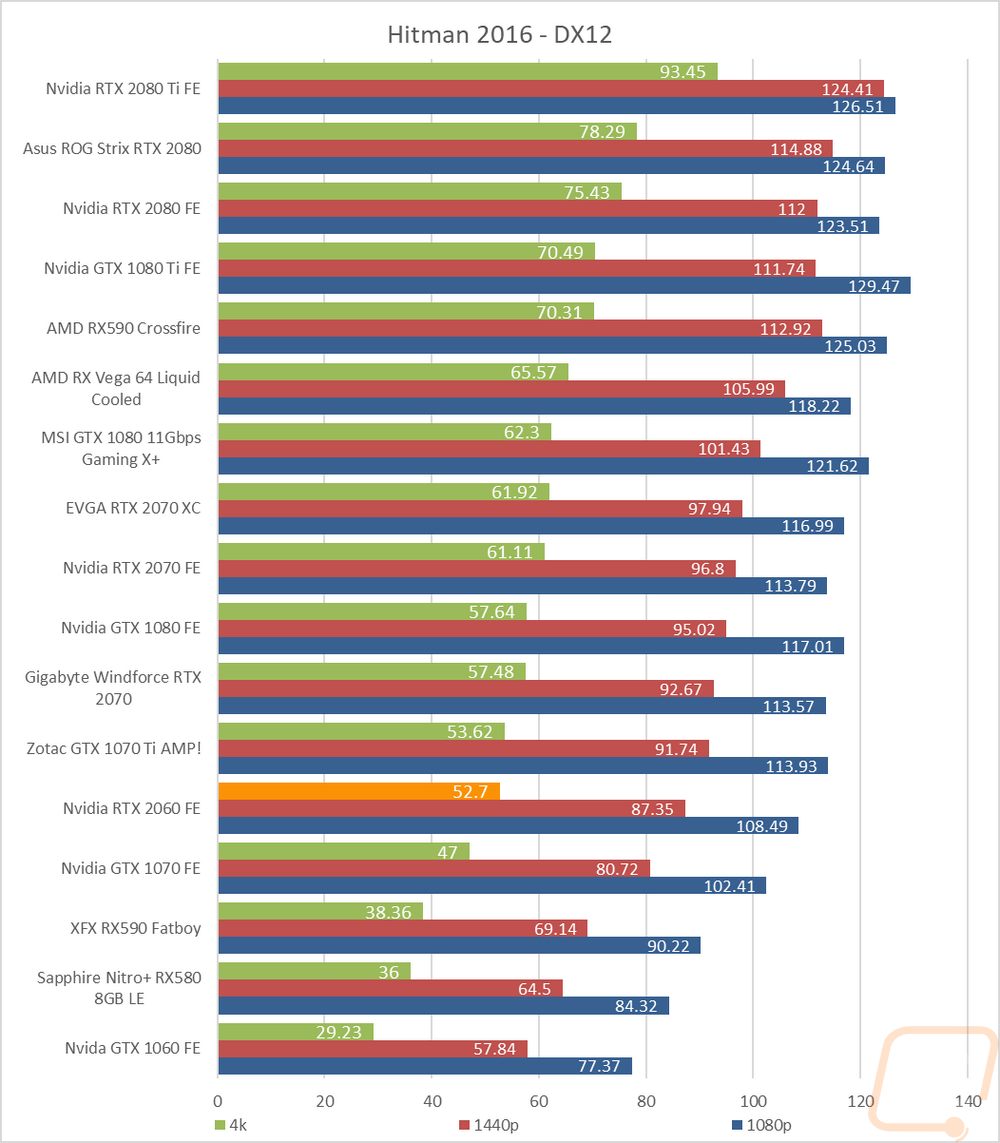 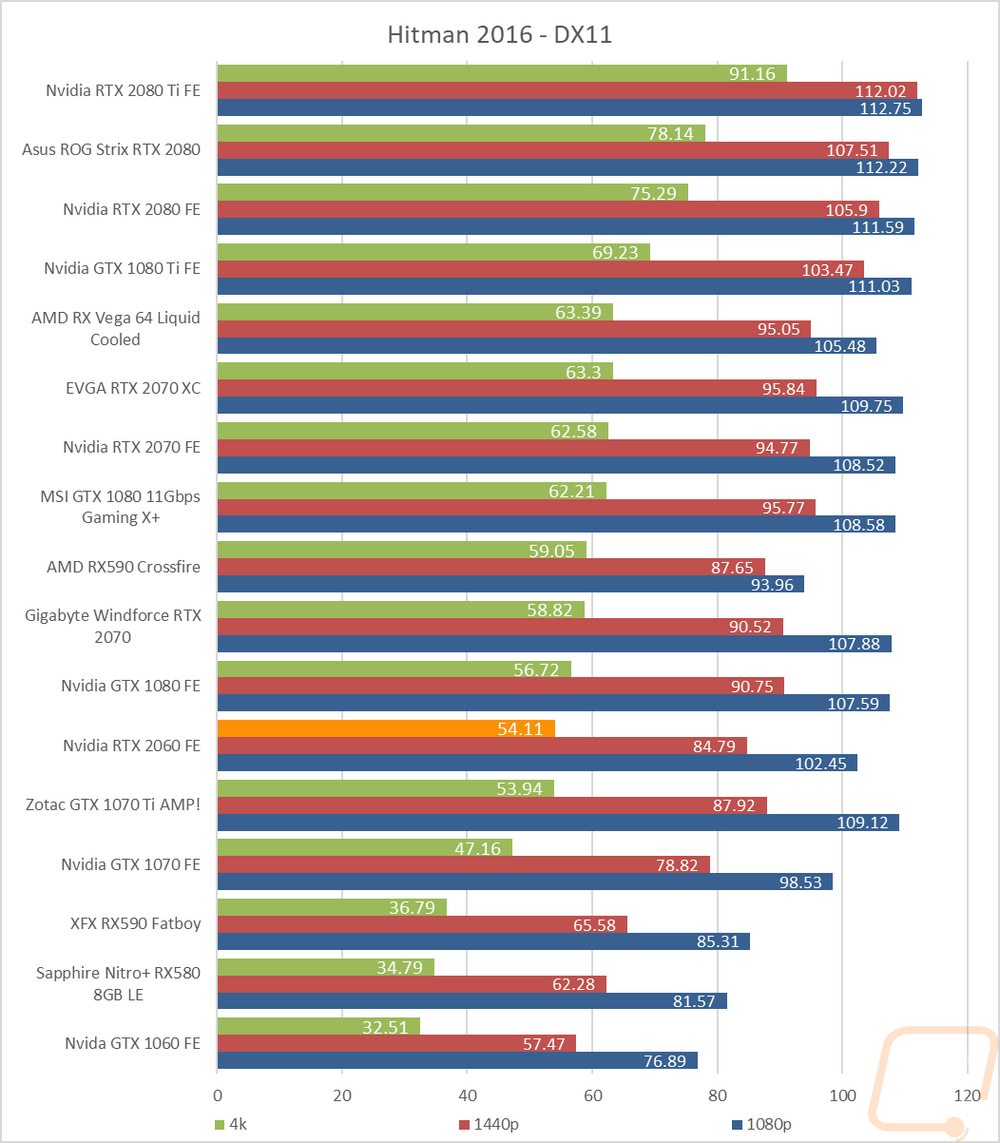 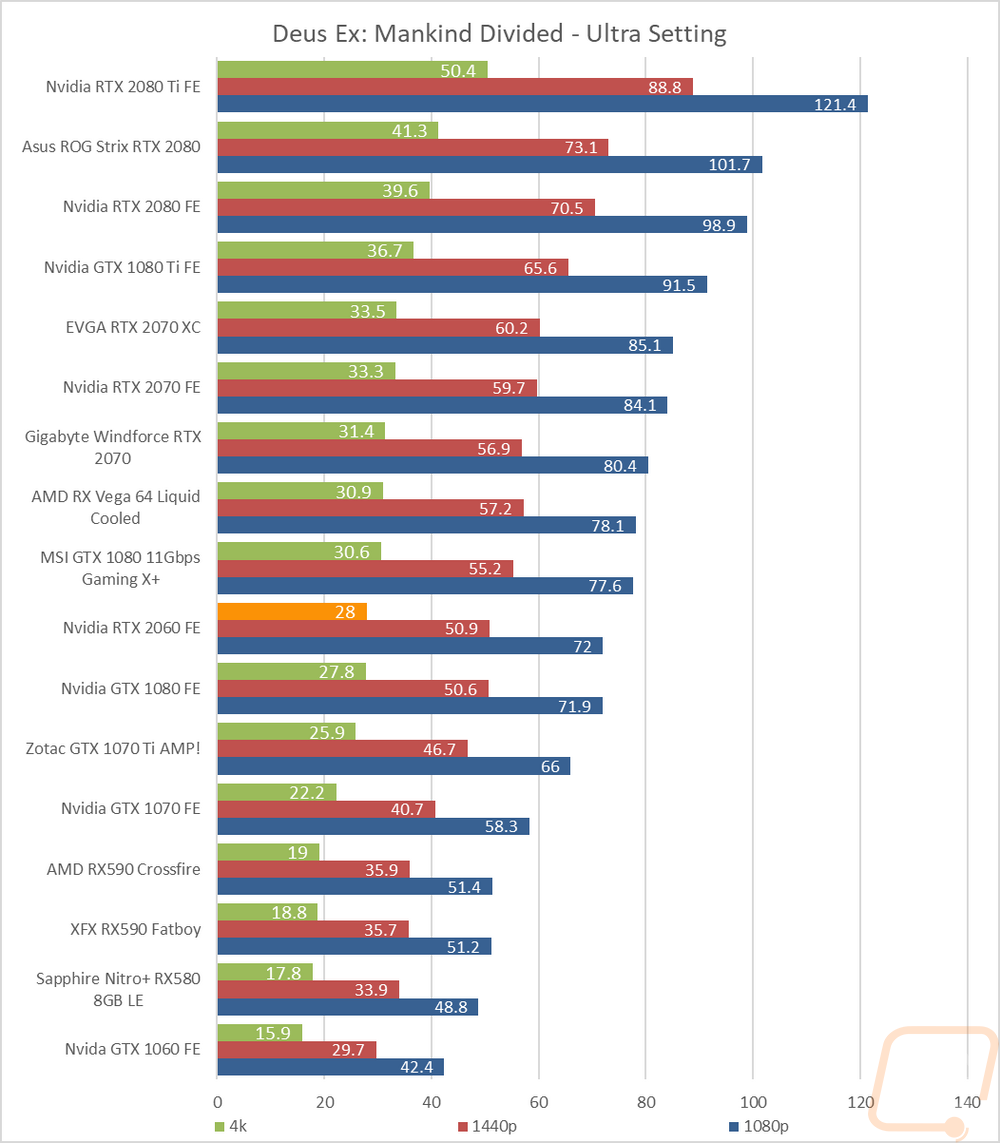 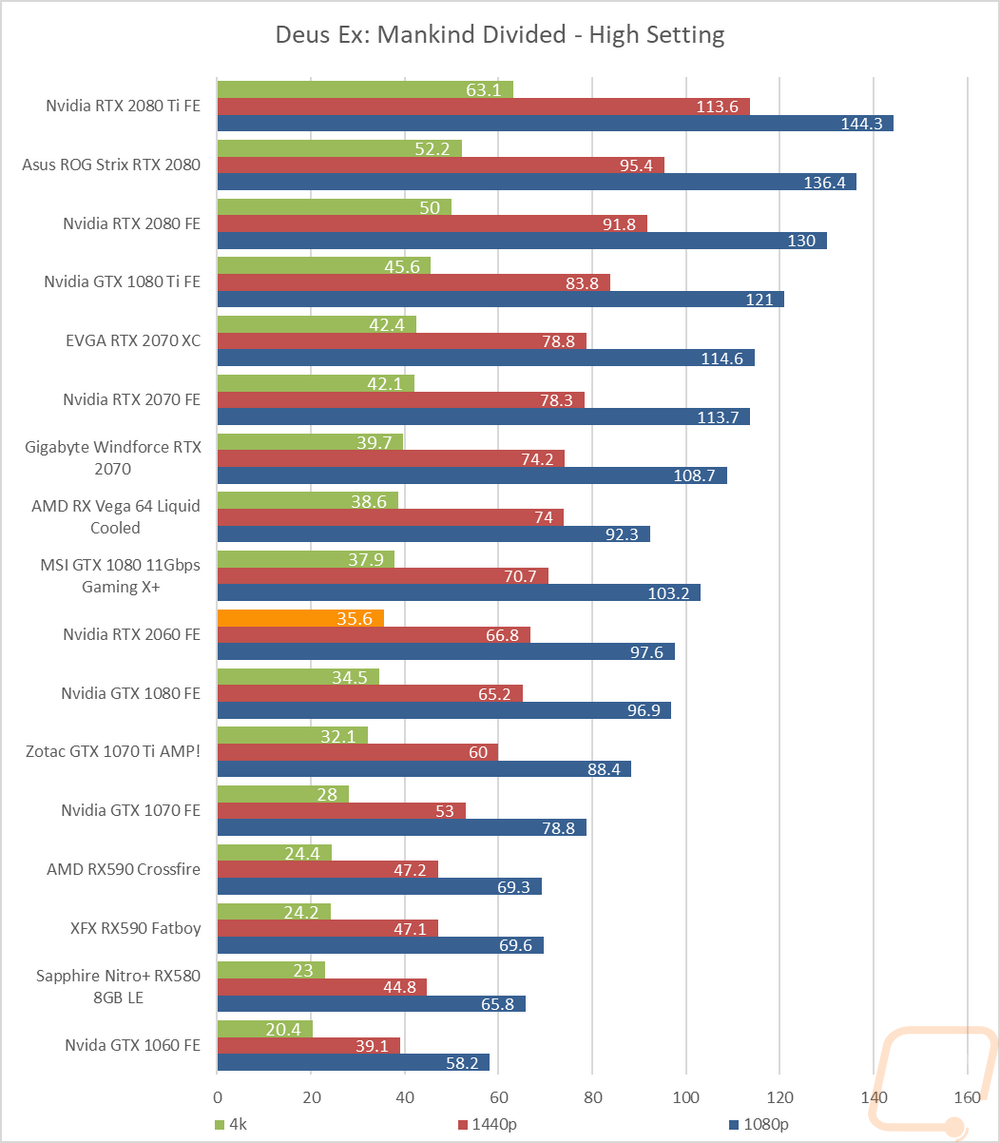 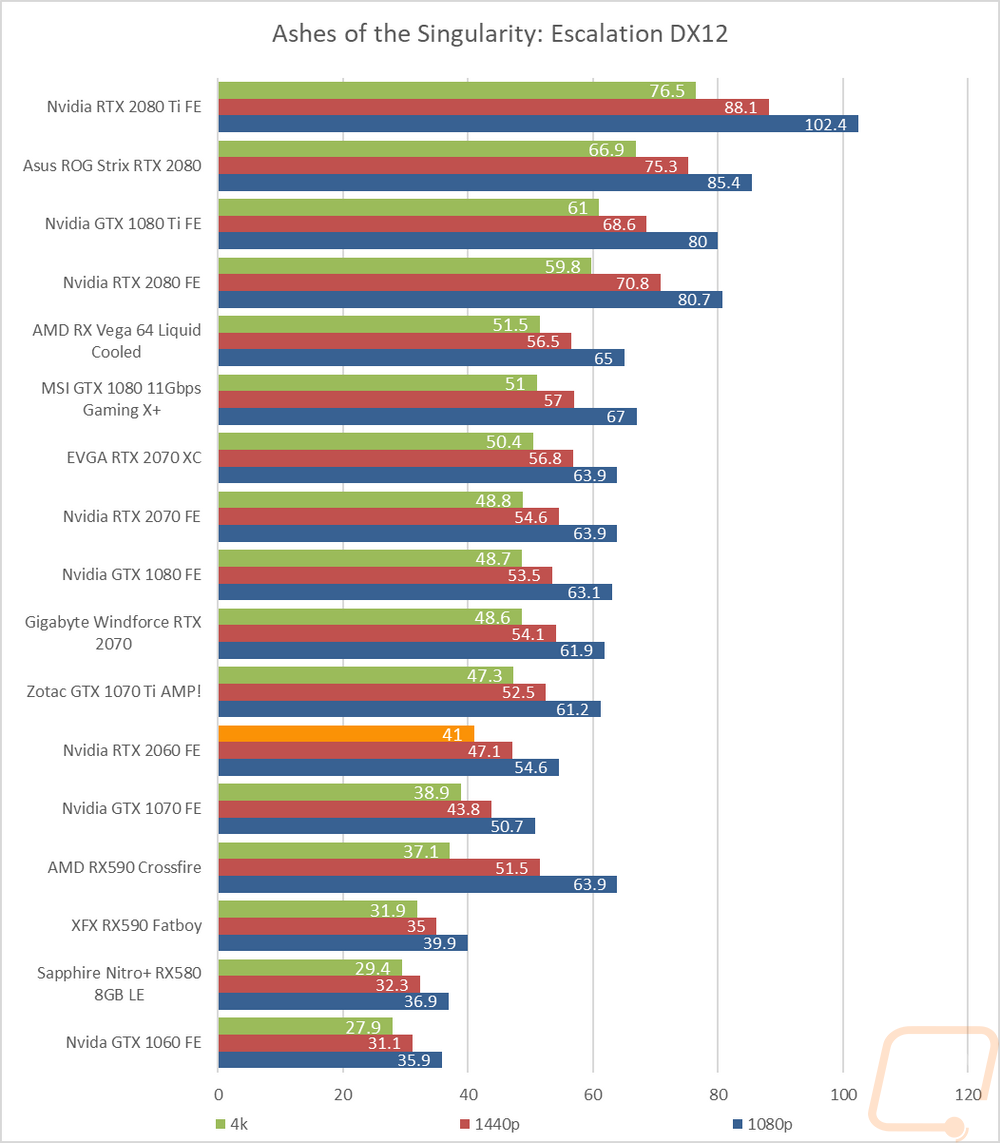 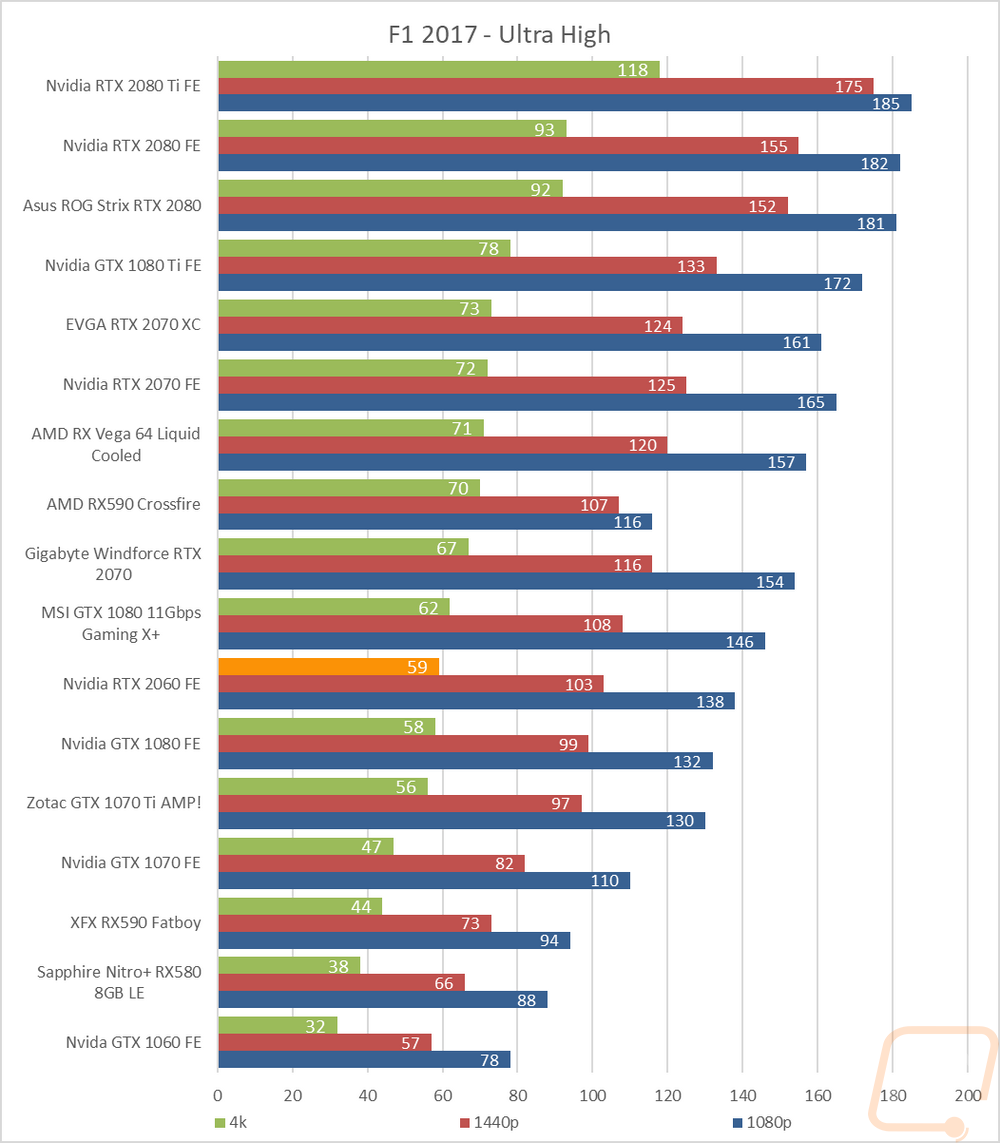 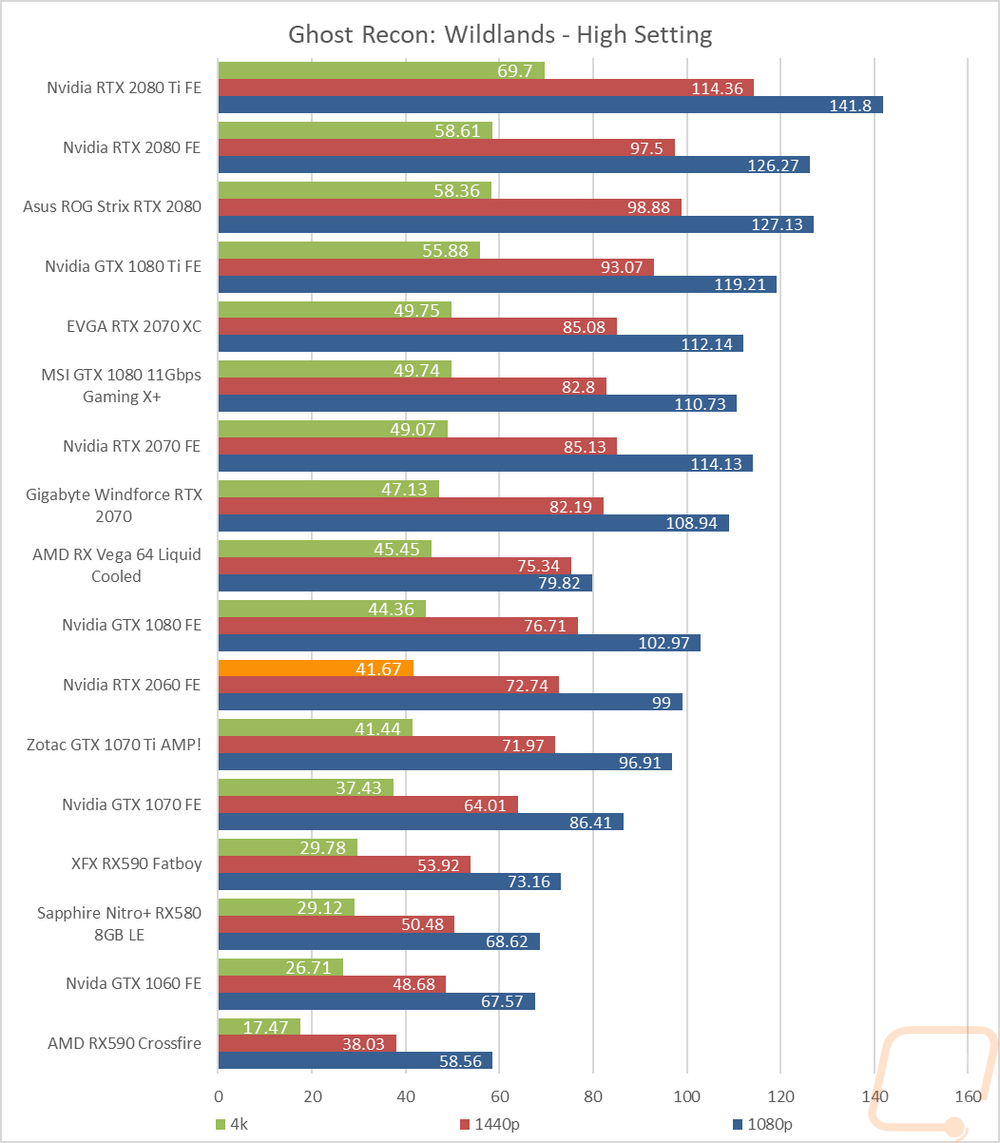 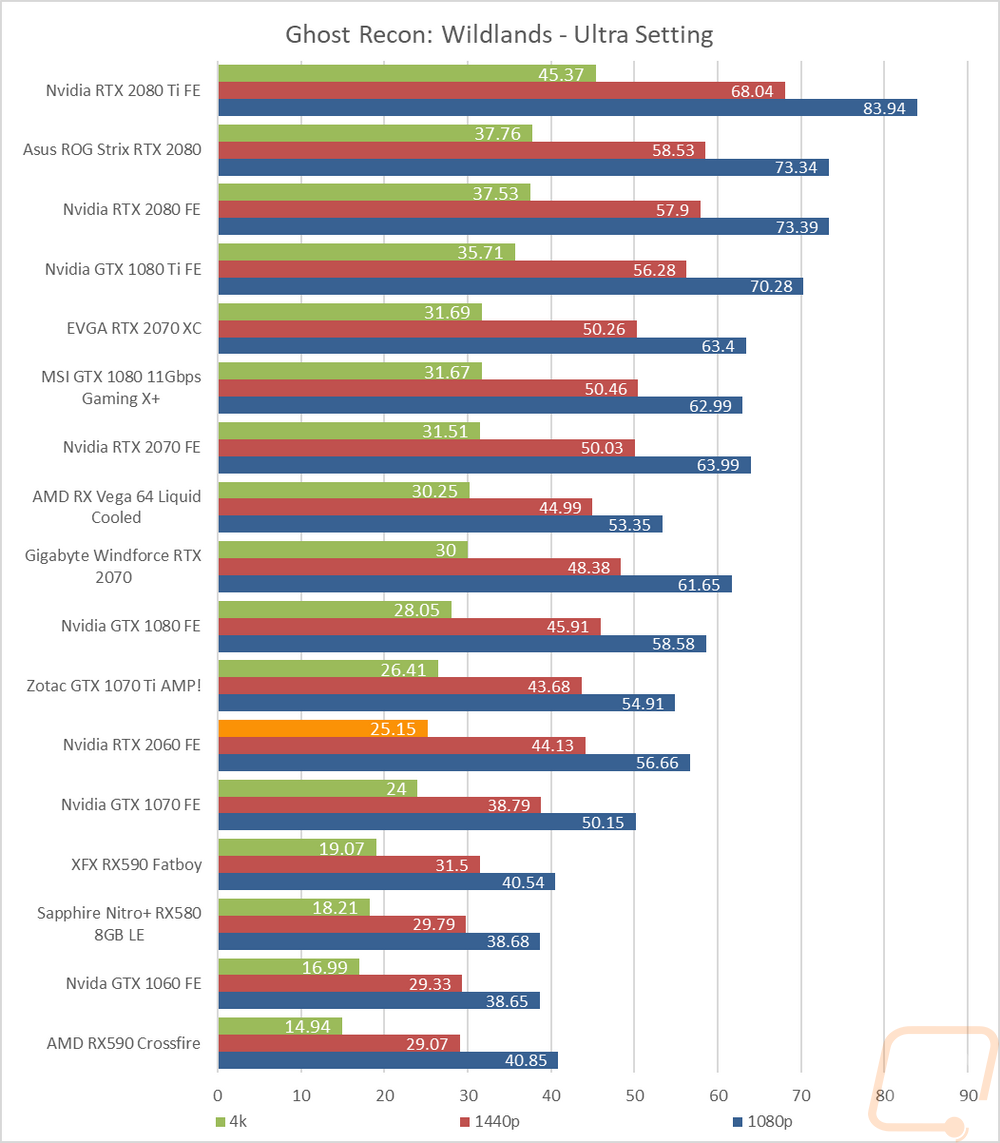 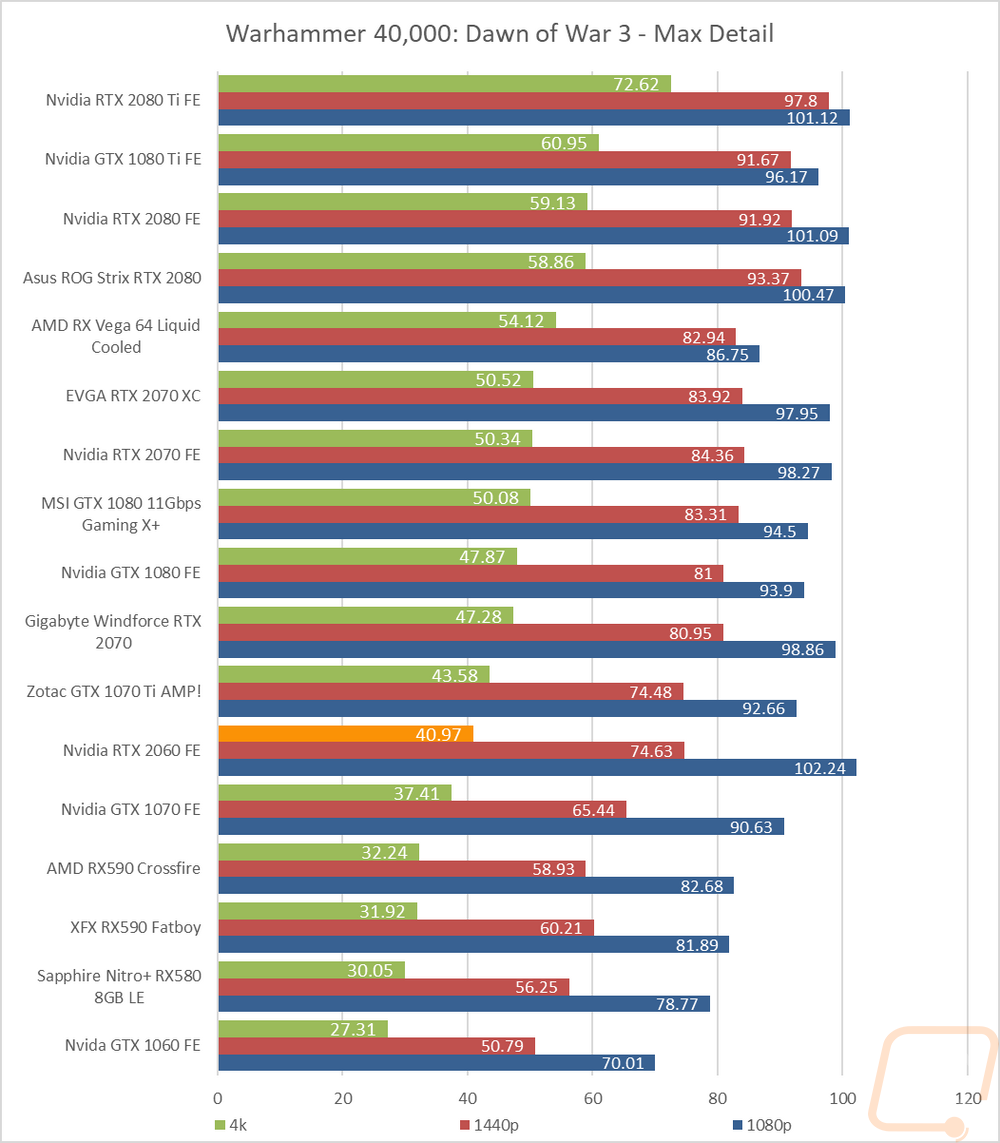 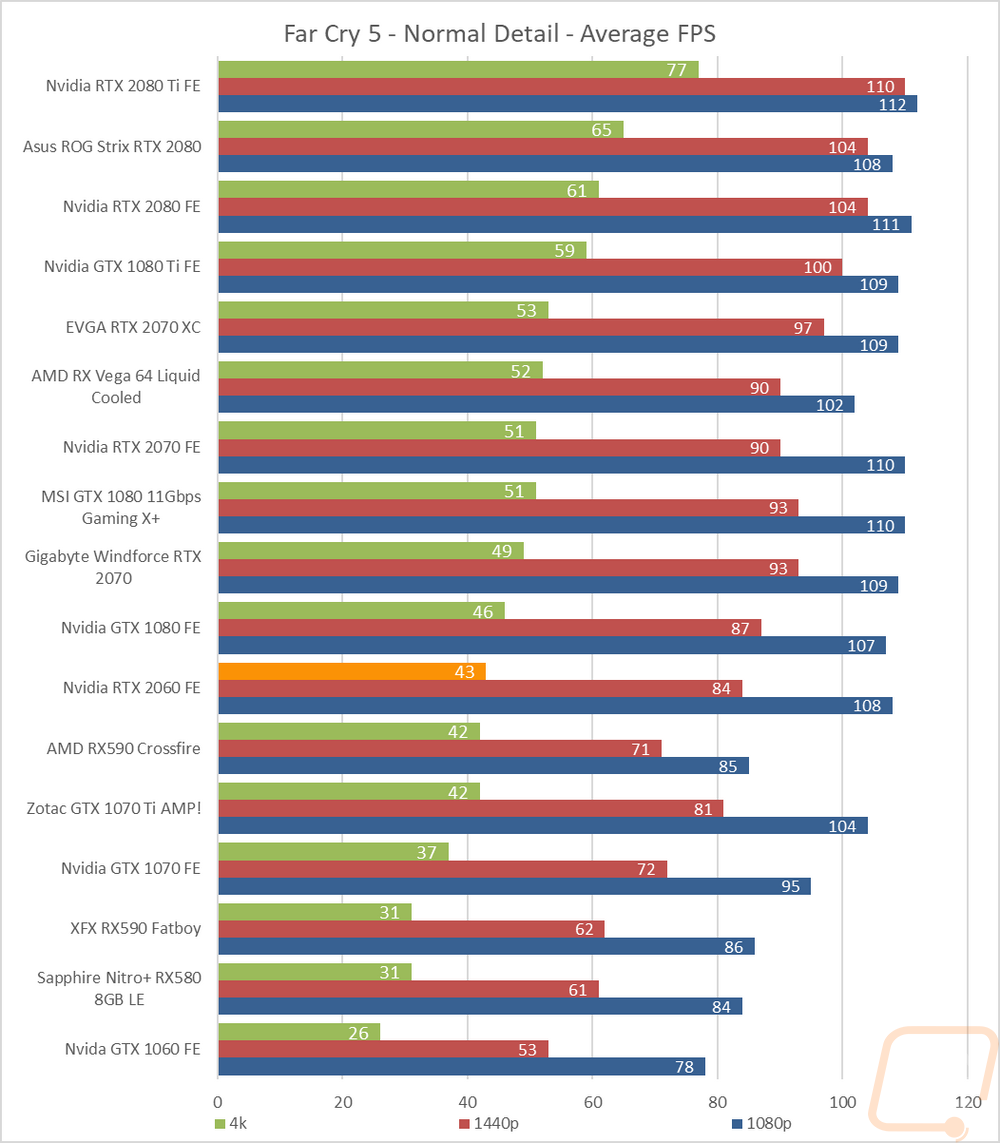 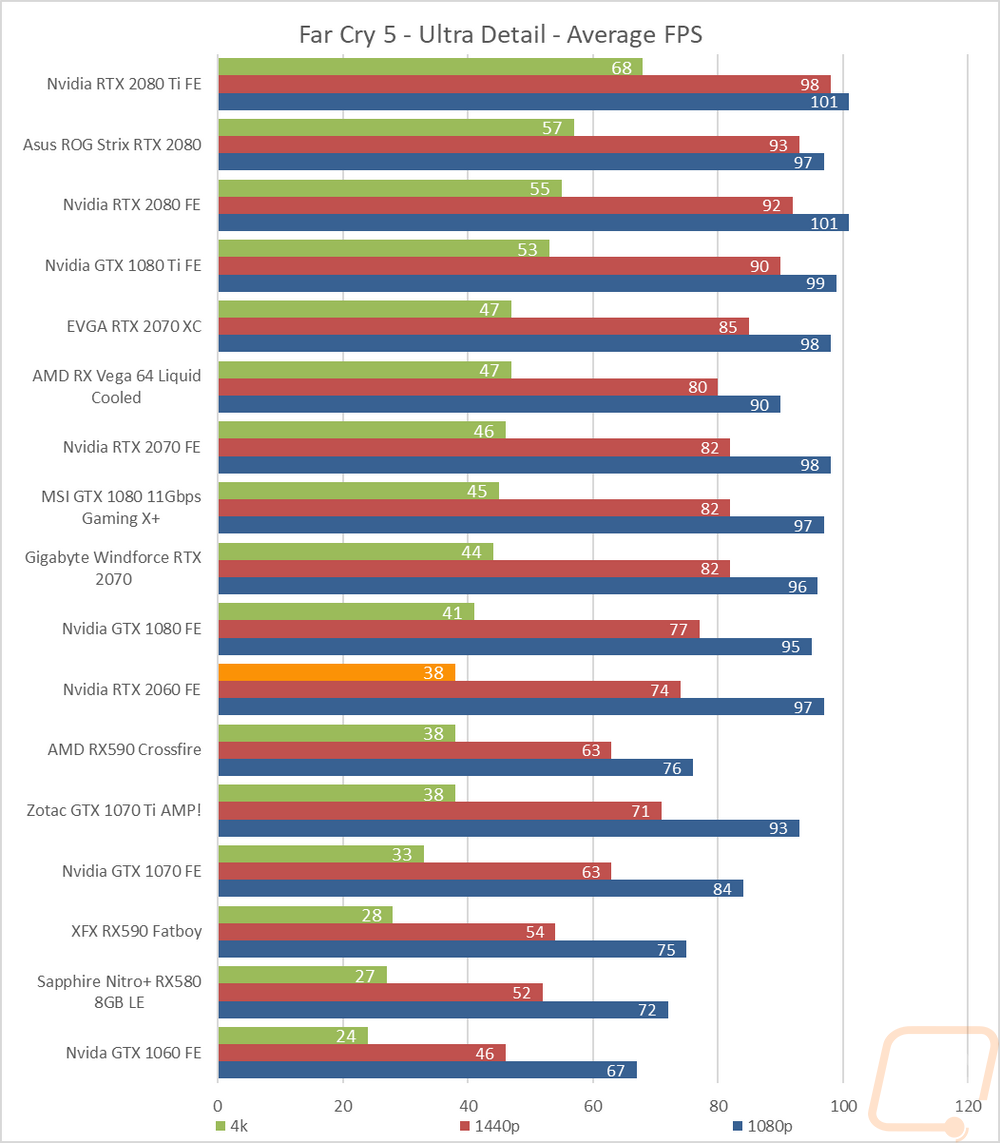 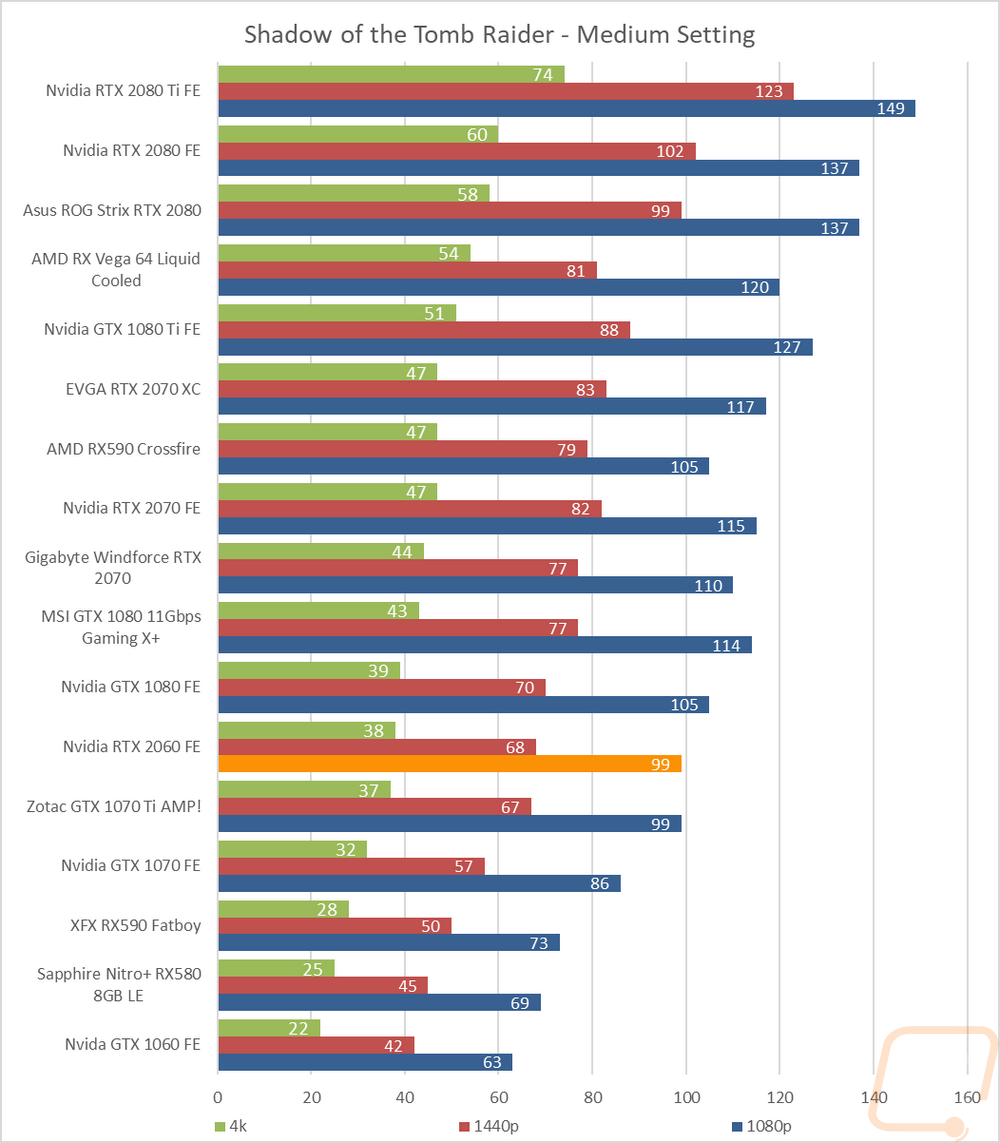 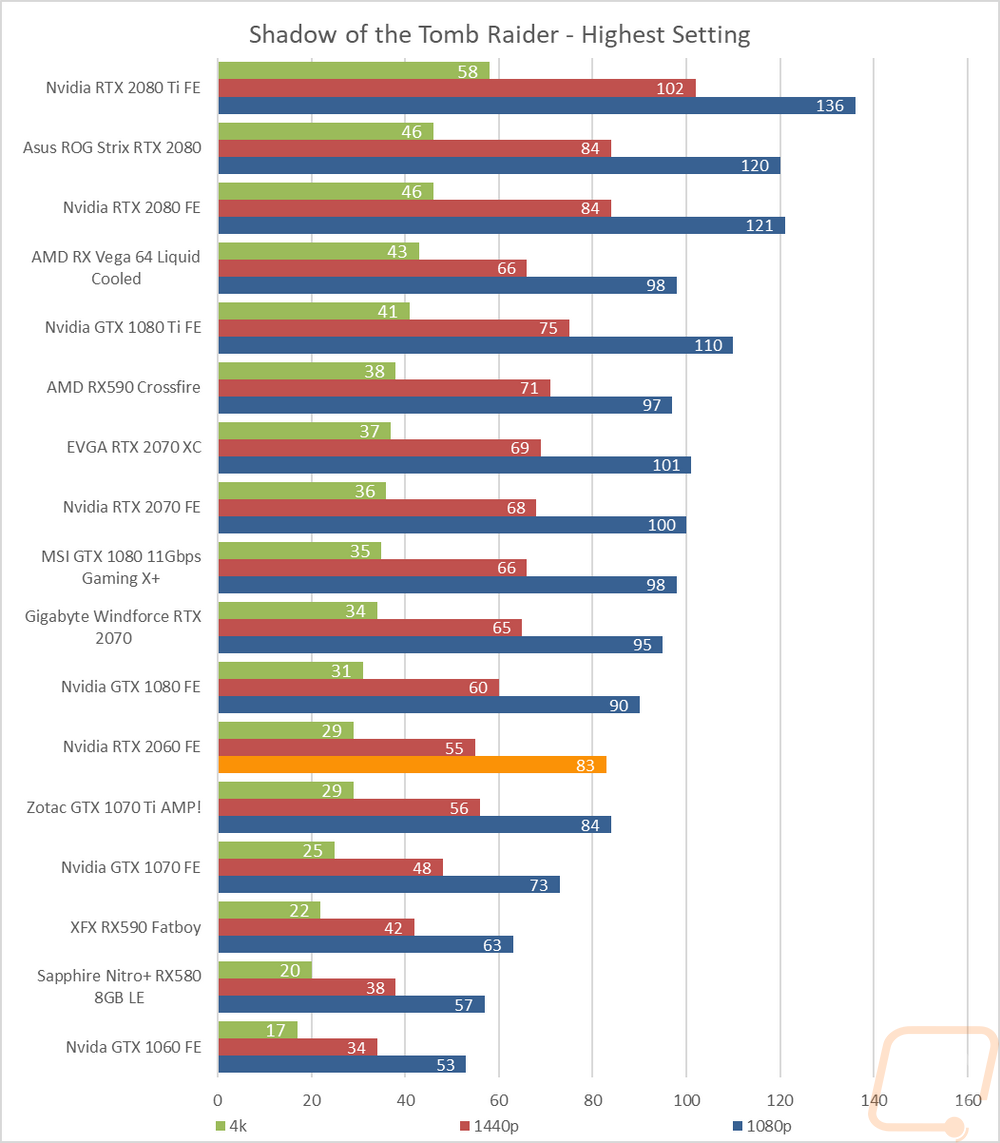