To put the A8-3800 to the test on the CPU performance side of things I ran it through our typical CPU tests and put it up against all three of the Sandy Bridge CPU’s we recently wrote about. Although the i5 and i7 cost considerably more in some cases, it’s still good to know how the A8-3800 compares.

Our AIDA64 benchmarks cover a lot of different performance aspects but if you look closely you can see that the performance was near the i3-2100 in most cases. There are a few things like CPU AES and CPU Zlib that show a noticeable boost over the i3. In this case the Zlib testing is just showing a boost in performance from having two more cores, but the AES performance shows good encryption performance.

Our Cinebench testing had to be trimmed down. You may notice the lack of OpenGL, our Sandy Bridge testing was done on an SLI GTX580 configuration but the Pure Platinum isn’t capable of SLI. Any numbers there would make no difference. Single core CPU and CPU tests are still there though. The Single core testing was brutally slow in comparison to the Sandy Bridge CPU’s but when running on all four cores the A8-3800 outperformed even the i5-2500 considerably. 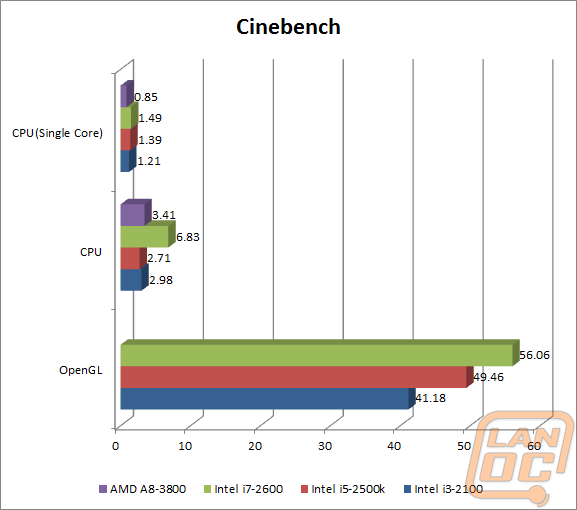 Passmark CPU benchmarks had String Sorting, SSE, Compression, and Encryption performing similar to the I3-2100 once again. Surprisingly the A8-3800 excelled at finding prime numbers, floating point math, and integer math, in most cases out performing even the i7-2600 by a considerable amount.  When it was all averaged out the AMD A8-3800 came in just under the i5-2500, not bad considering the price.

Our Sandra benchmarks are limited to three classic CPU benchmarks, Whetstone, Dhrystone, and Aggregate Arithmetic. Each show the A8-3600 coming in just under the i3-2100. 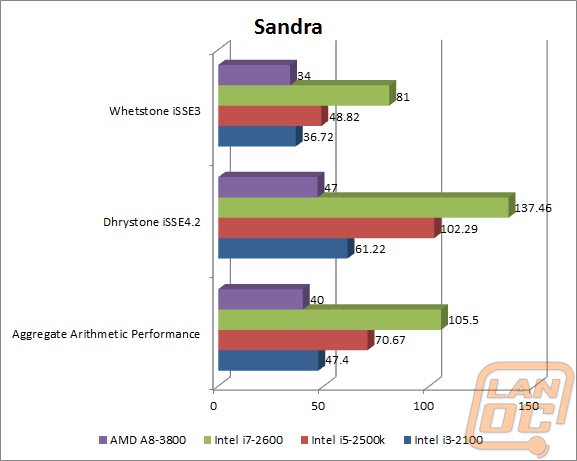 We use Worldbench for a more realistic benchmark without losing the predictability of a synthetic benchmark.  Using real applications you can get an idea of how a CPU is going to perform in programs you will ACUALLY use. Surprisingly the A8-3800 didn’t do as well as we expected. Autodesk 3D and office show similar performance to the i3-2100, but other benchmarks didn’t fare as well. VideoWave Movie Creator wouldn’t run without crashing no matter how many times we retested, because of that the results are not included. 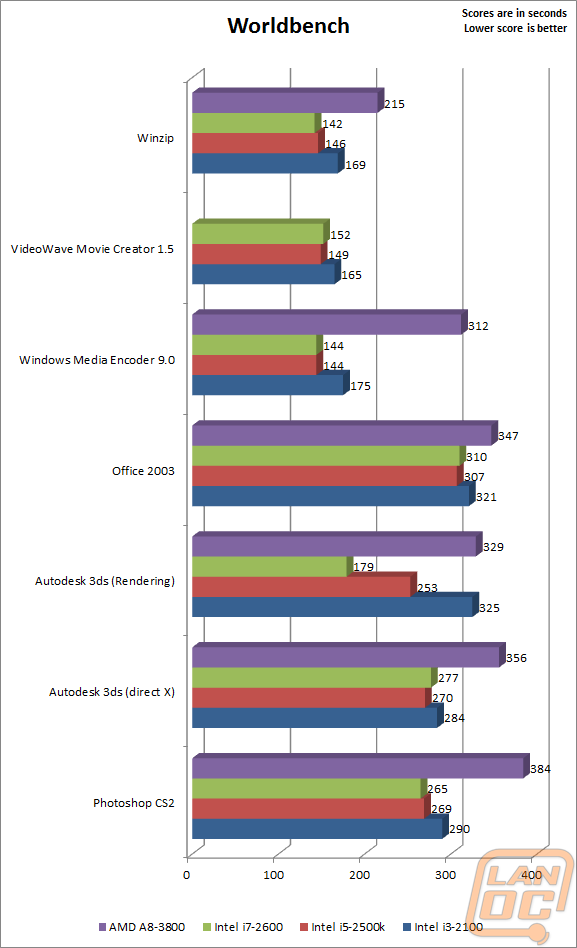 After seeing the performance in Passmark I wasn’t surprised by the A8-3800’s performance in wPrime. 1024M performance was even better than the i5-2500. 32M had the i5 and A8 at almost a tie with the i5 winning out slightly. 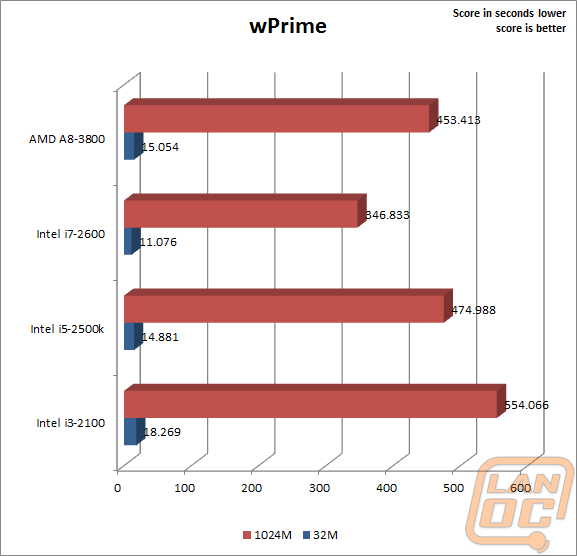 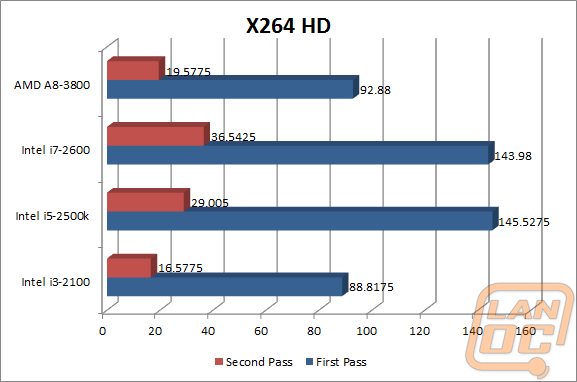 We have 1320 guests and one member online