Power usage is the first I’m going to check out. For this, I ran two tests. On both, I monitored the power usage of our test system using a Kill-A-Watt. To put things under load I first use 3DMark to replicate a gaming load on both the CPU and GPU. How did the Gaming OC end up doing? Well in the 3DMark workload it matched the 1660 Ti once again. This is less to do with the memory upgrade and more to do with the overclock that Gigabyte gave the Gaming OC, but still funny considering how much they have traded blows this entire review. In the AIDA64 workload, the Ti does edge ahead slightly and the 1660 and 1660 SUPER are a little closer as well. 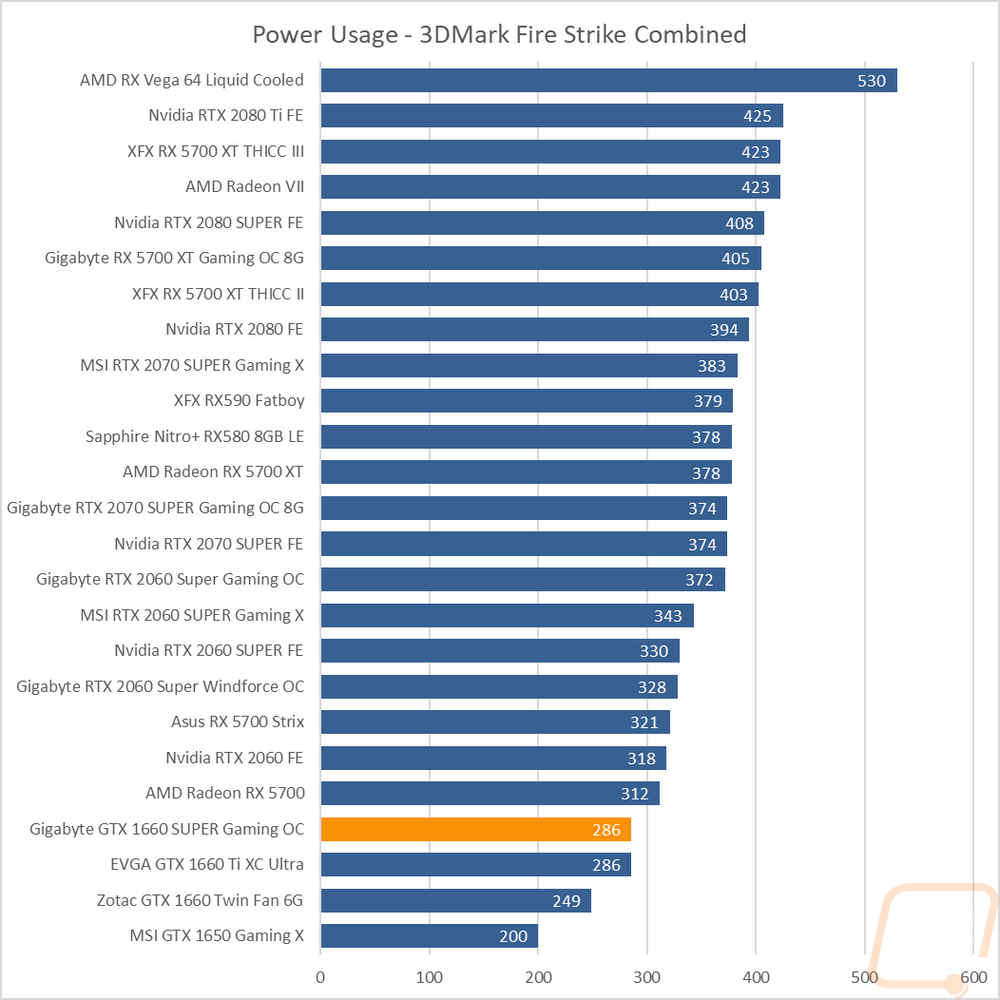 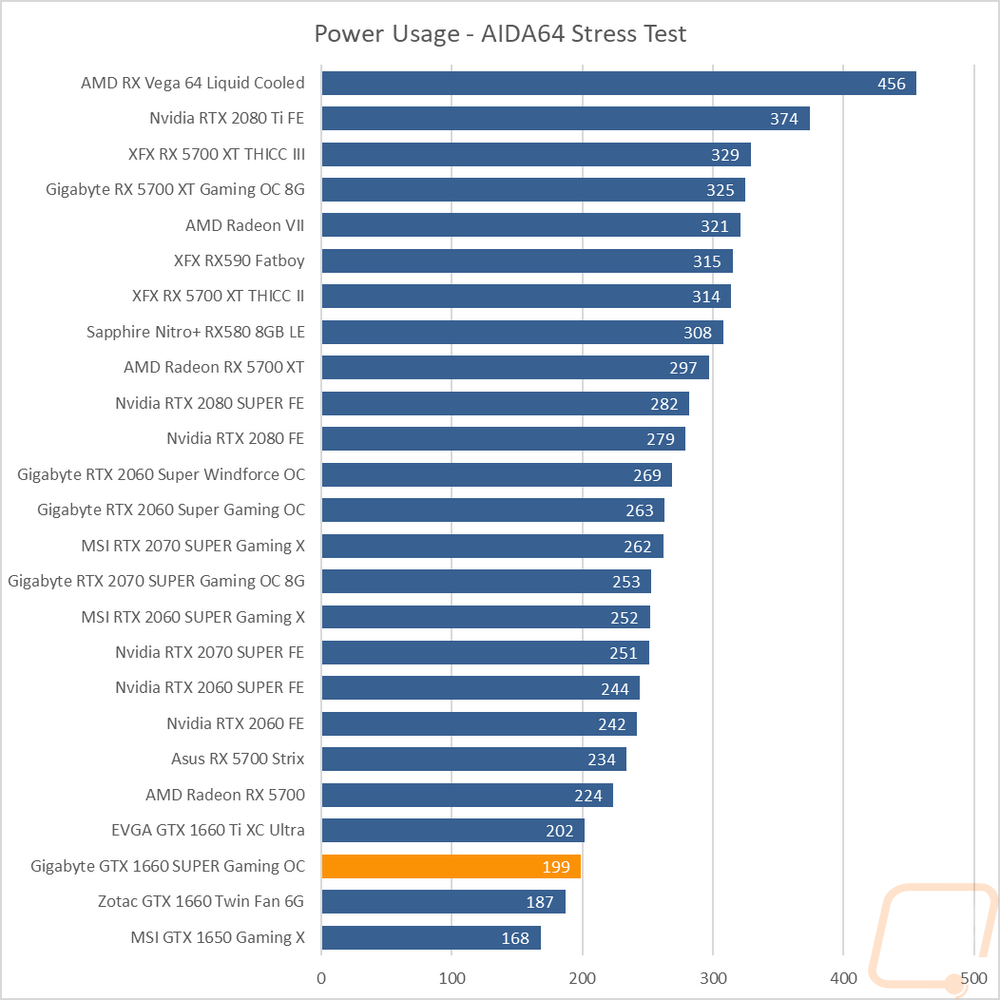 In my next set of tests, I wanted to take a look at the fan noise. For this I setup out decibel meter and tested a few situations. First I took a look at 50% and 100% fan speeds which give us a look at the noise range, especially if you want to push the cooler to its limits. The Windforce triple fan design did well here, not even reaching the middle of the pack at 100% fan speed and similar at 50%. This matches where the card lands on the fan RPM chart as well. Then the last test I did was to put the card under load using AIDA64 for a half-hour until temperatures evened out. From there I measured the noise level of the Gaming OC under a full load. Here it was the second quietest card tested! 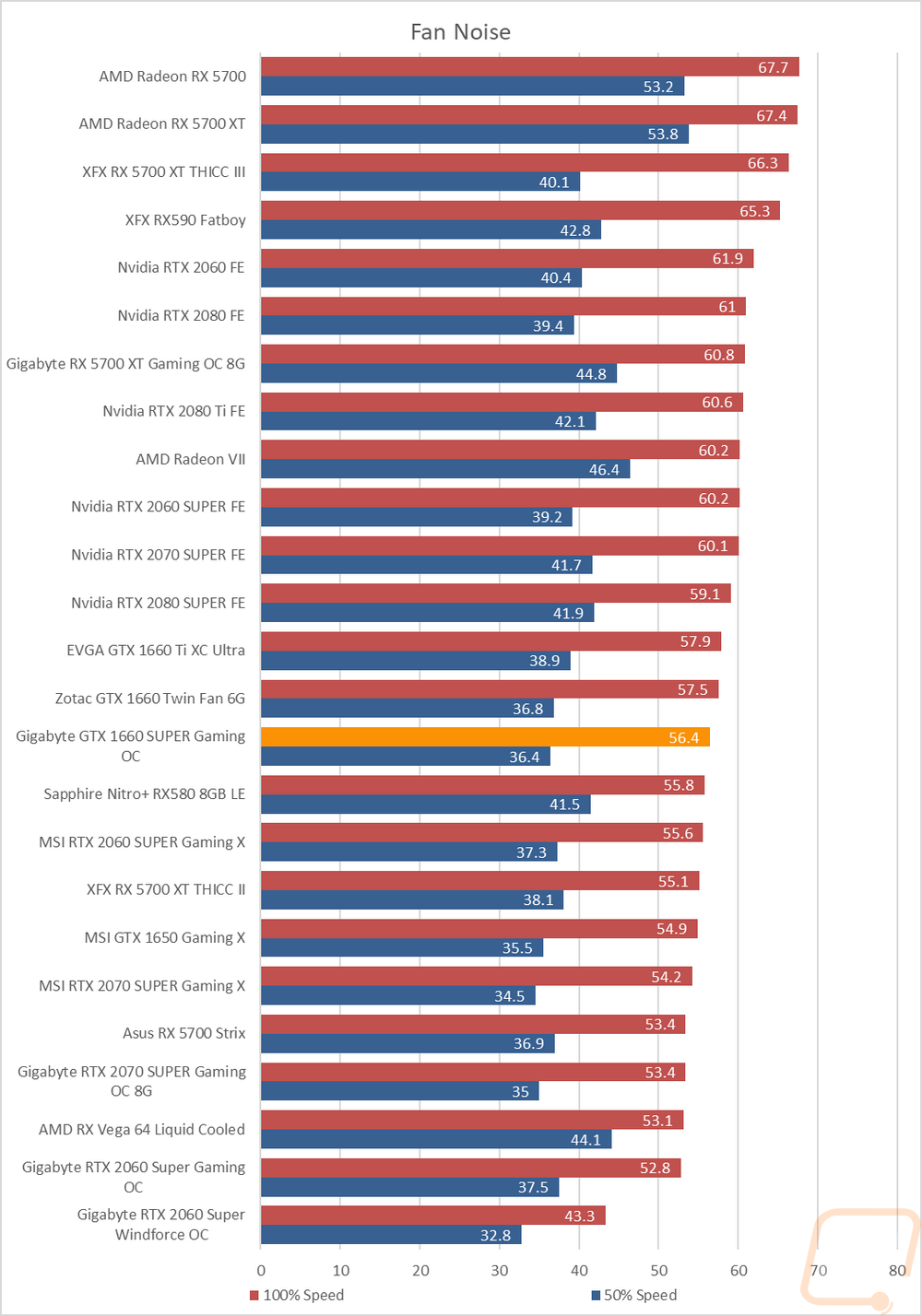 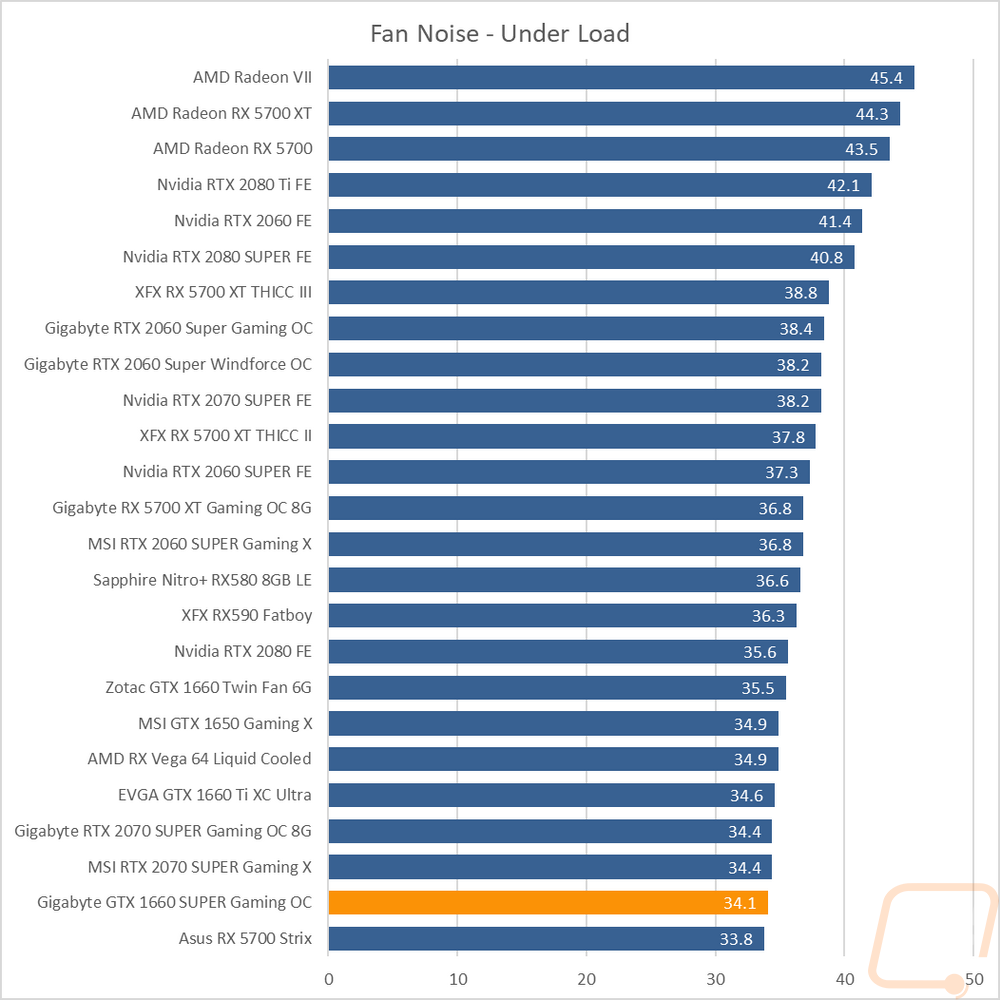 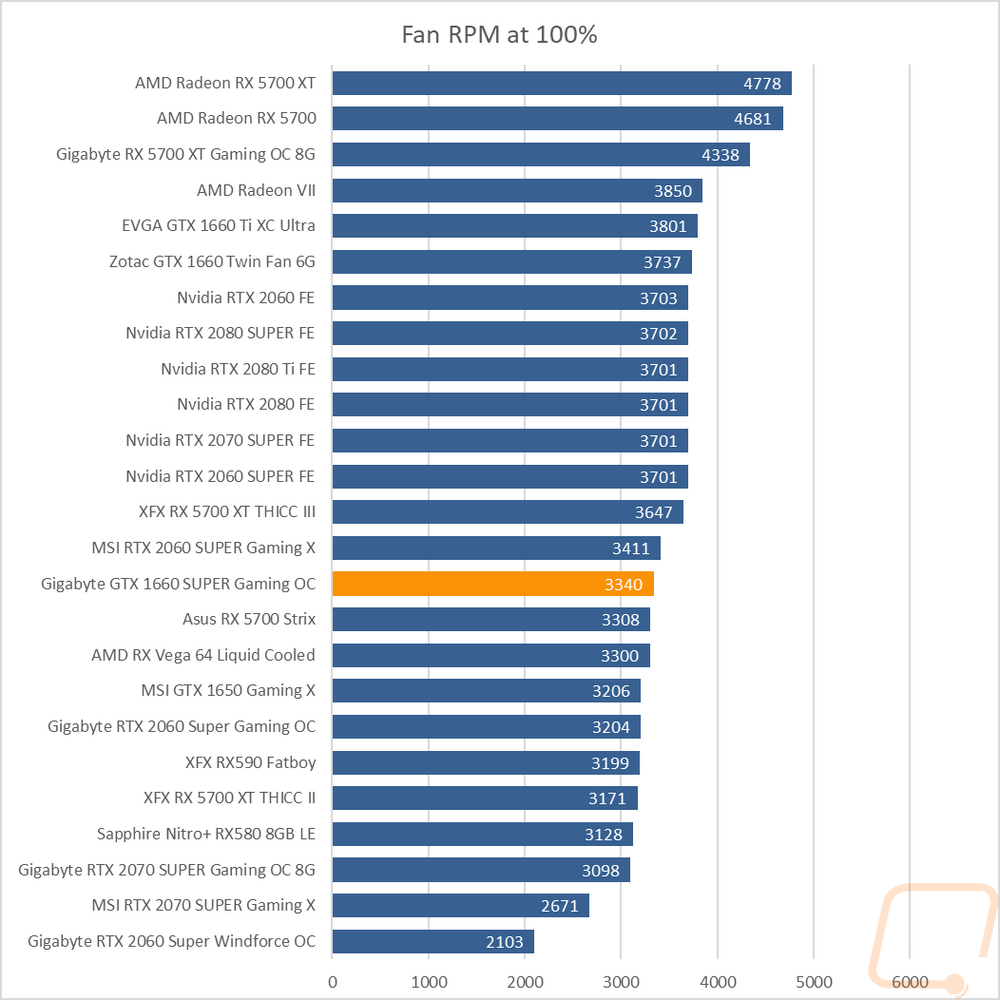 My last round of tests were looking at the overall cooling performance and thermals. For this, I used AIDA64 once again to load the GTX 1660 SUPER Gaming OC and each result is after a half hour or more when temperatures have leveled off. I tested with the stock fan profile and then again with the fans turned up. Both results are right near the bottom of the chart with the Gaming OC matching the original GTX 1660 at stock speeds and matching the EVGA cooler on the GTX 1660 Ti. The 13 degree improvement with the fans running at 100% also shows that there is still a lot of headroom left in cooling as well. 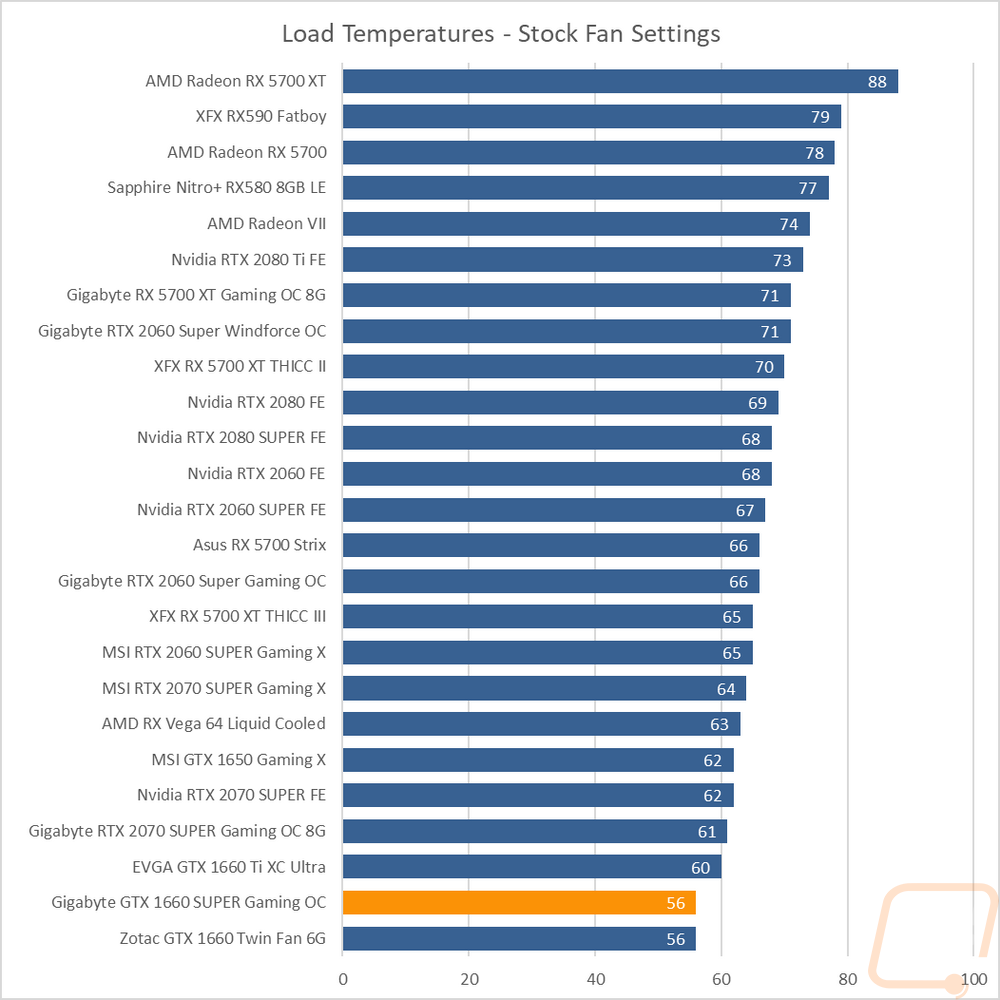 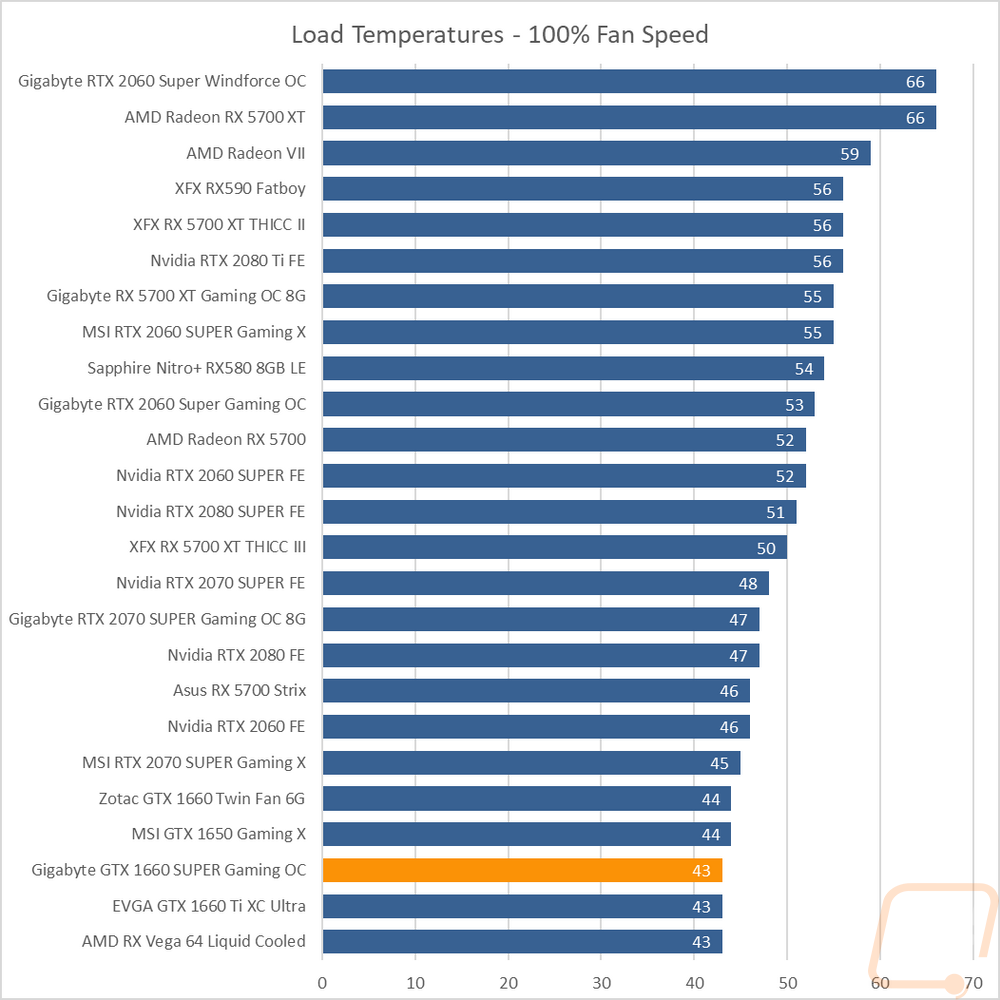 While doing the stock fan profile thermal tests I also used our thermal camera to get a look at the Gaming OC to see if there were any hot spots. What I found was on the fan side you can see that the heatsink under the left fan is running warmer but not hot. Up on the top edge, you can see the heat being pushed out, but I was surprised at how cool things are down at the end past the end of the PCB, I think that area runs cooler because of the improved airflow on the heatsink when there isn’t a Pcb to block things. Then the picture of the back does show that same difference with the backplate running extremely cool past the PCB (of course) and at 109f it isn’t really all that hot at the hottest points, but the plastic backplate does insulate. 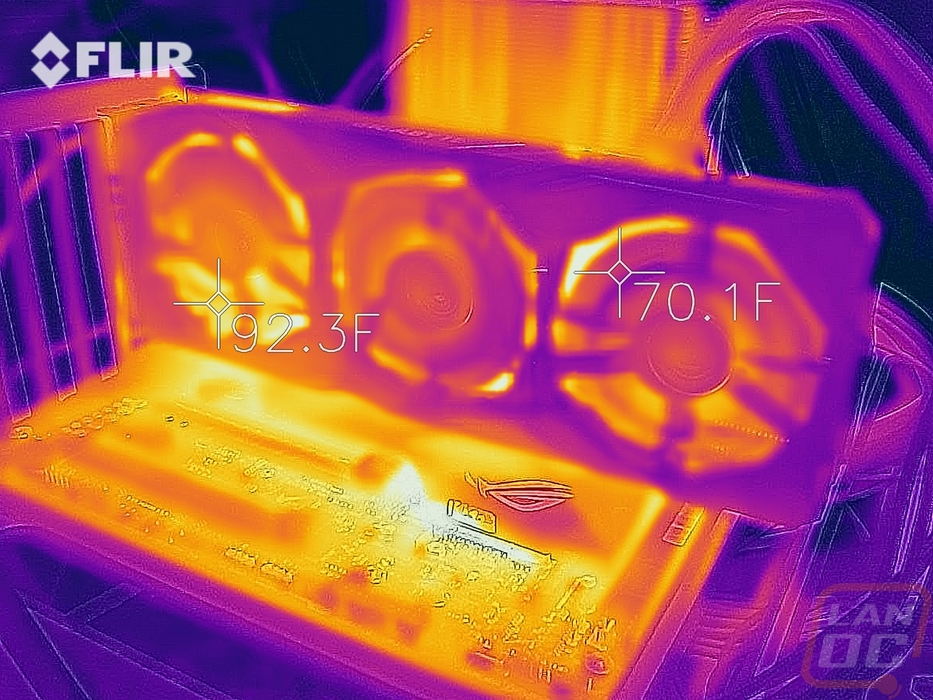 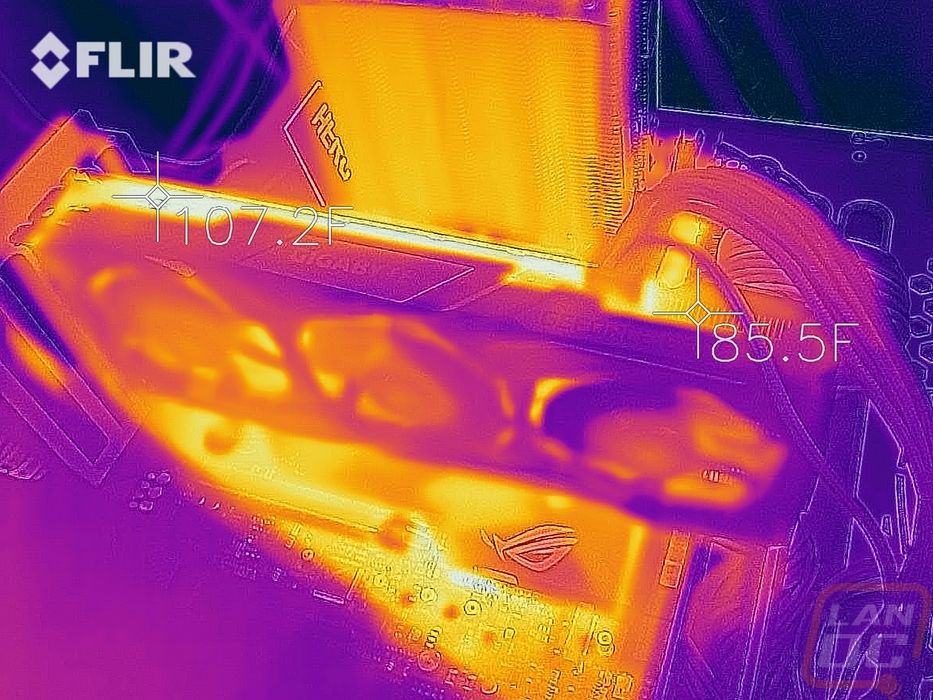 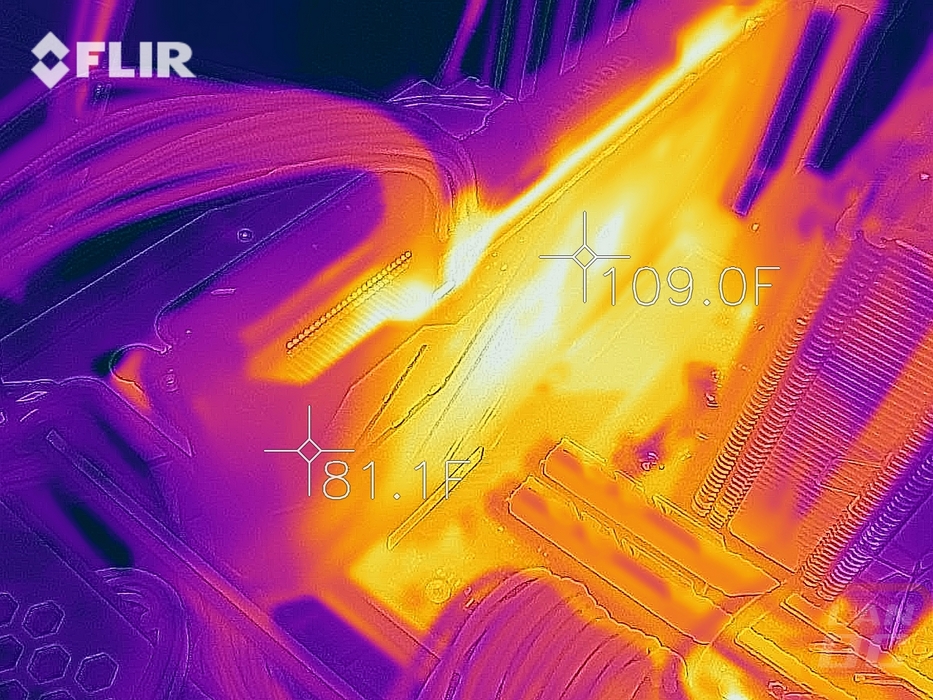