The packaging for the GTX 1660 SUPER Gaming OC isn’t going to look very different if you have seen any of their other Gaming OC models in the past few years. The box has a black background with that large mechanical eye on the front. I’m hoping with the next box redesign we get photos of the card itself on the front like a few companies have been going back too. Beyond that, you do have the bright green Nvidia wrap around on the right side that goes all the way to the back. That has the GTX branding and the model name on the bottom. Then Gigabyte has their Gaming OC 6G branding on the left that designates the specific model of GTX 1660 SUPER that this is. Beyond that it has the RGB 2.0 logo to show that the card does have RGB lighting, the Windforce logo to show the cooler name, and the OC to show that the card does come overclocked over the reference speeds. In fact, this is Gigabyte's third and fastest GTX 1660 SUPER. 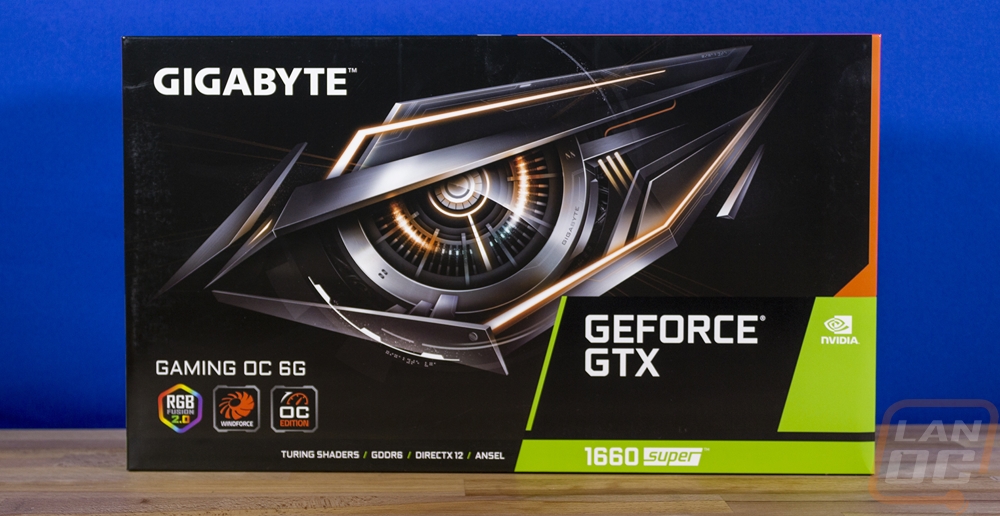 Now the back of the box does show a lot more about the card including the pictures I was hoping to see. They have four sections split up. One shows how the Windforce cooler works with the two directions of fans. Next to that, they have a picture of the heatsink itself and the direct contact heatpipes. Then the bottom has the RGB Fusion 2.0 lighting showing the backlit logo on top of the card and next to that the backplate. They also have a line drawing of the rear I/o to show you what to expect for connections. The only thing missing here are a few specifications like card dimensions and the actual overclock clock speed because both of those would be easy to see online if shopping but not in a store.

Inside the box, the card comes wrapped in the standard static protective bag and sitting in a thick foam tray with a cutout shaped for the card. On top of that, they use a box to protect the top and inside the box they drop the documentation and driver/software disc. The quick guide just runs you through installing the GPU and downloading drivers. The disc is nice but I would recommend downloading the latest driver from Nvidia and software from Gigabytes website. 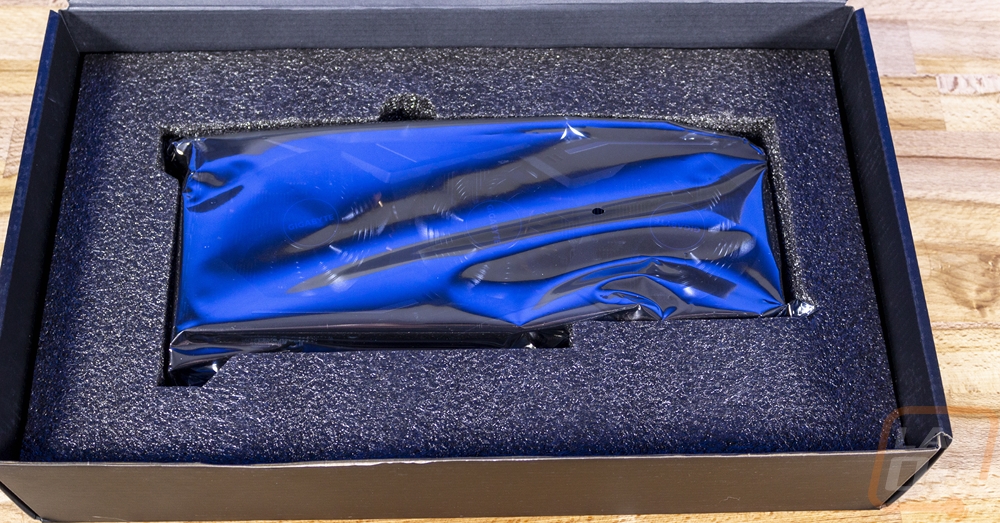 We have 1159 guests and no members online