Now some people don’t need a video card for gaming, they need the processing power for rendering or 2D/3D production or in some cases people who game also do work on the side. So it is also important to check out the compute performance on all of the video cards that come in. That includes doing a few different tests. My first test was a simple GPU Compute benchmark using Passmark’s Performance Test 9 and the GTX 1660 SUPER Gaming OC fell right in between the original GTX 1660 and the GTX 1660 Ti. The faster memory helped, but the Ti having 1539 CUDA cores to the 1408 on the SUPER and the original 1660 still have it coming ahead in this workload. 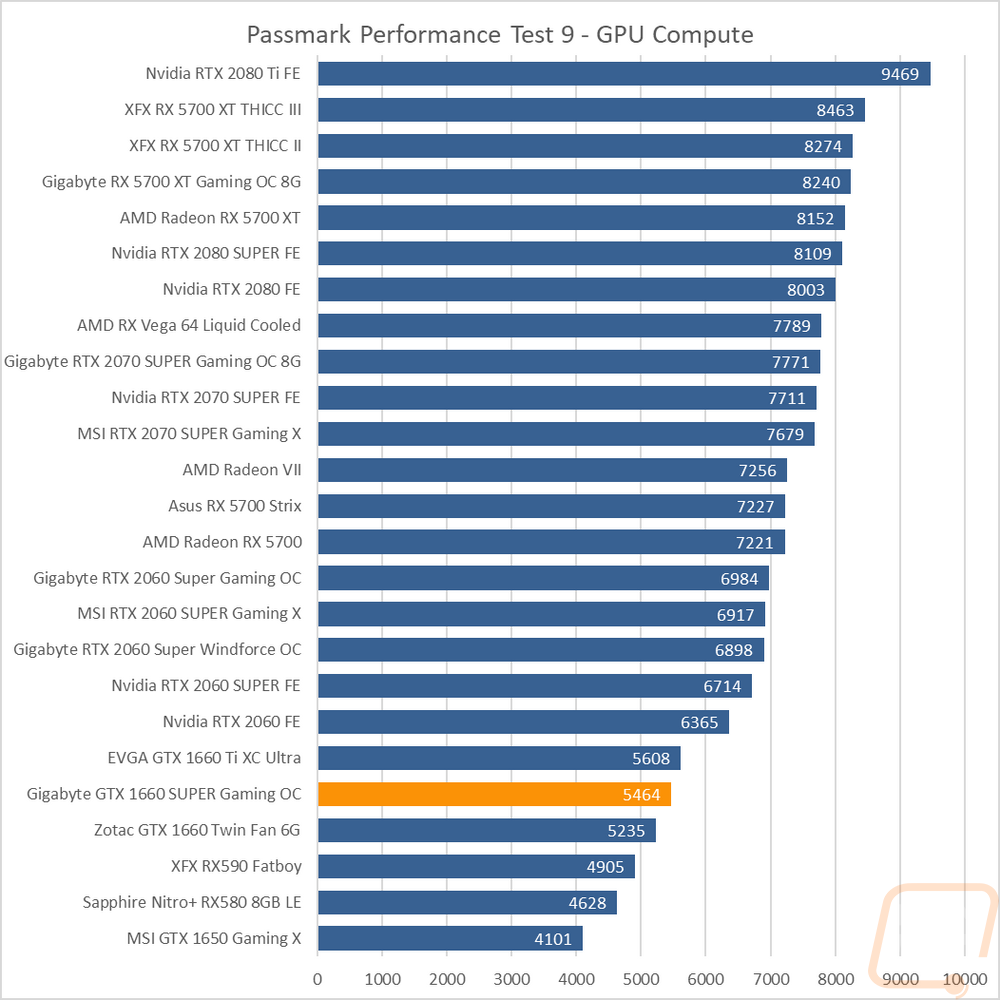 In Blender, one of the most popular 3D rendering programs, the faster GDDR6 memory was a lot more helpful with the GTX 1660 SUPER Gaming OC coming in 5 seconds faster than the GTX 1660 Ti, edging surprisingly close to the RTX 2060 FE. 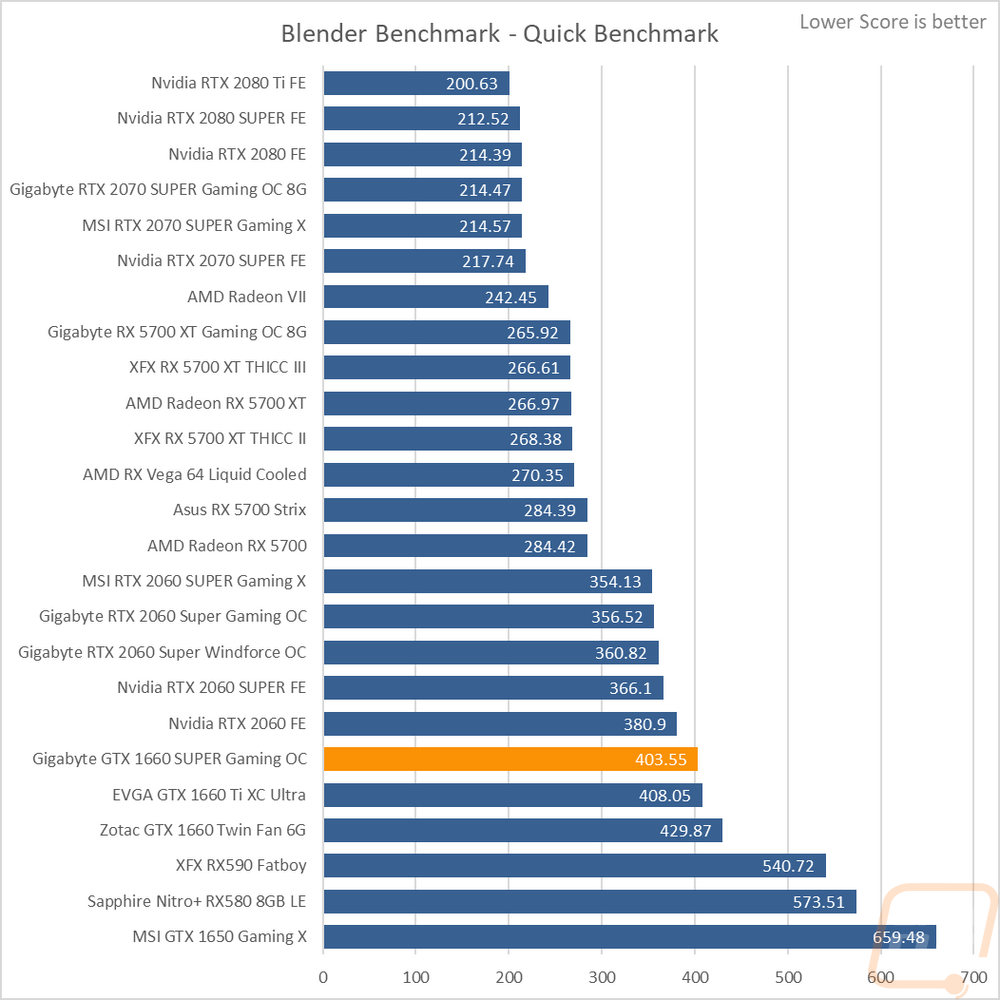 Then In Basemark the 1660 Ti is ahead again, but only by a small amount. The Nvidia cards really excel in the OpenGL test compared to AMD. But I was most surprised by how much lower the GTX 1660 was compared to the GTX 1660 SUPER in this test with the same GPU and just the overclock and the GDDR6 being the difference. 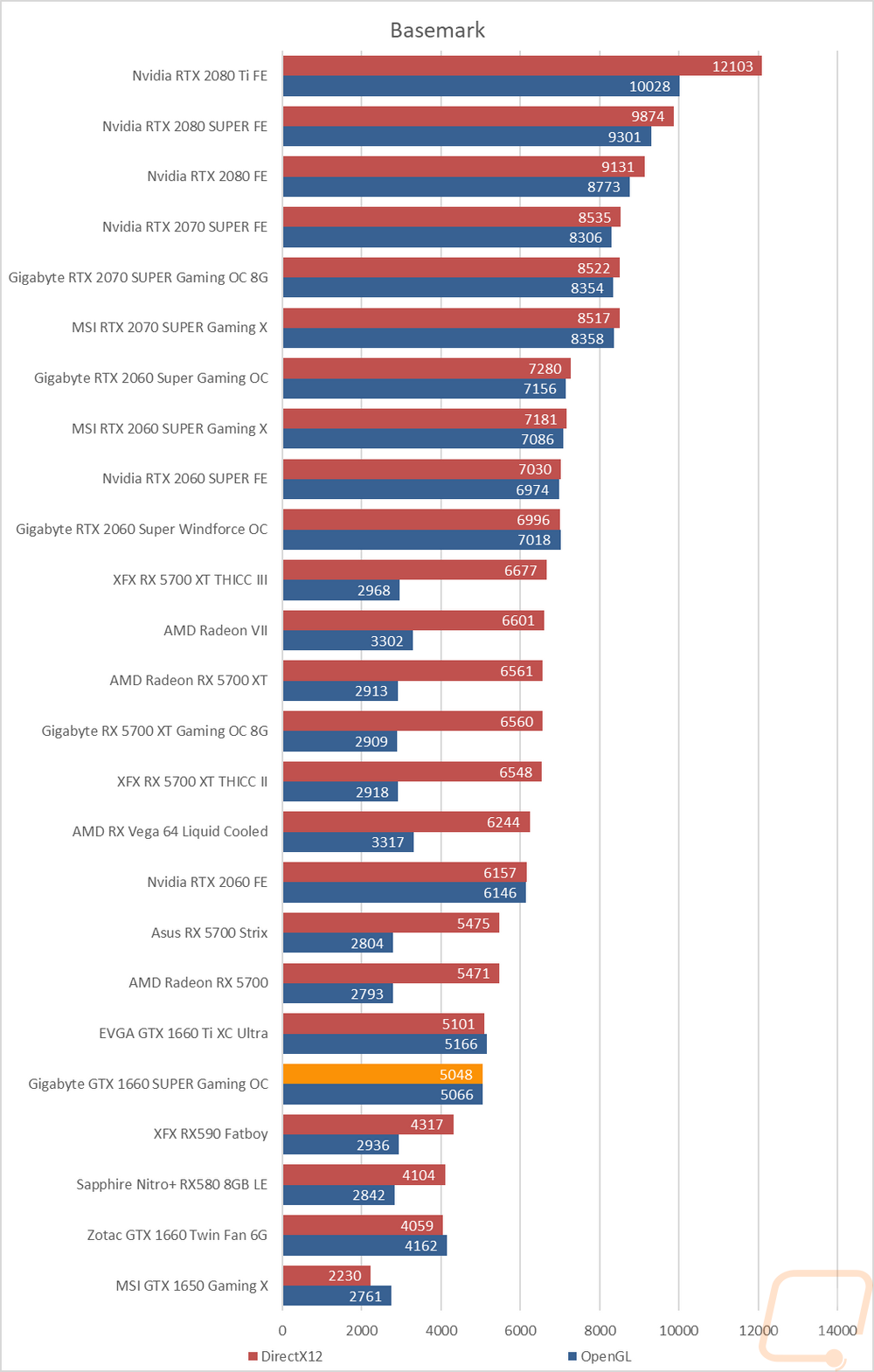 Well, the GTX 1660 SUPER Gaming OC did really well in Geekbench 4, coming in ahead of the GTX 1660 Ti by a big margin. Where in the newer Geekbench 5 the order is restored with the Ti being ahead. 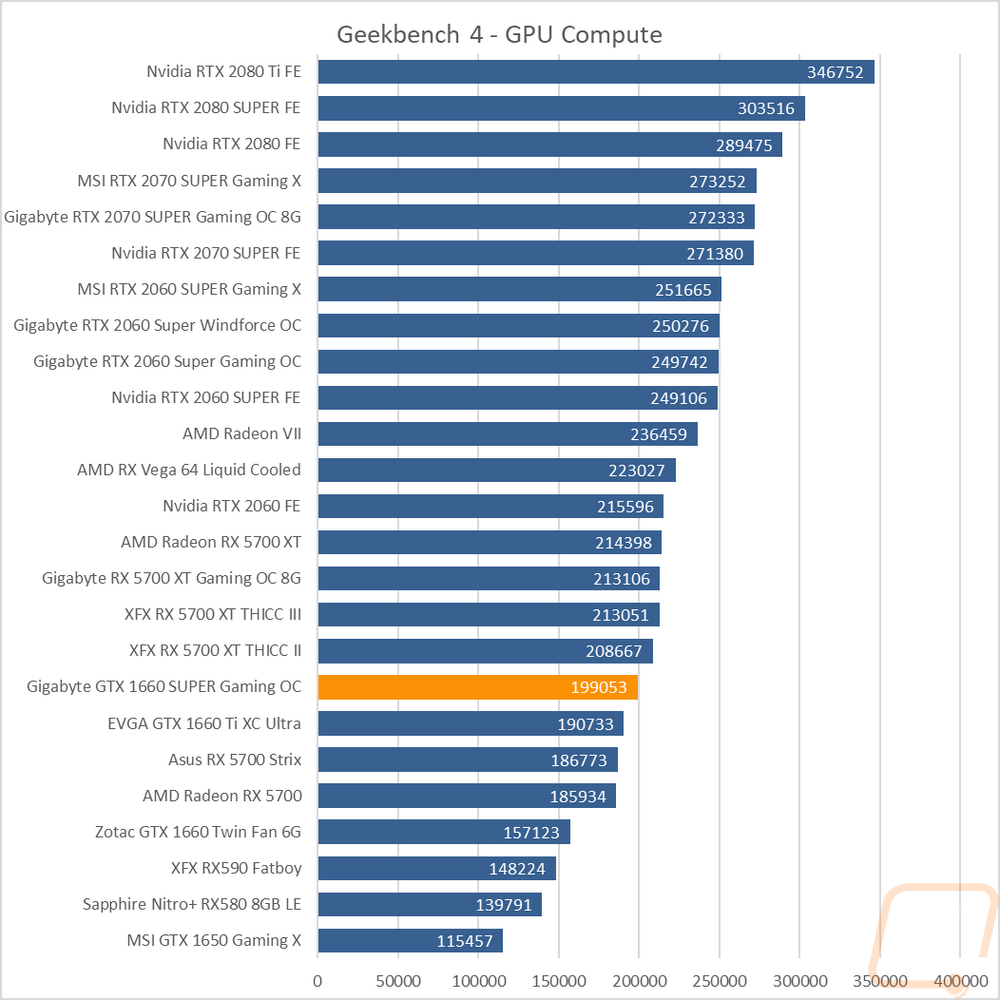 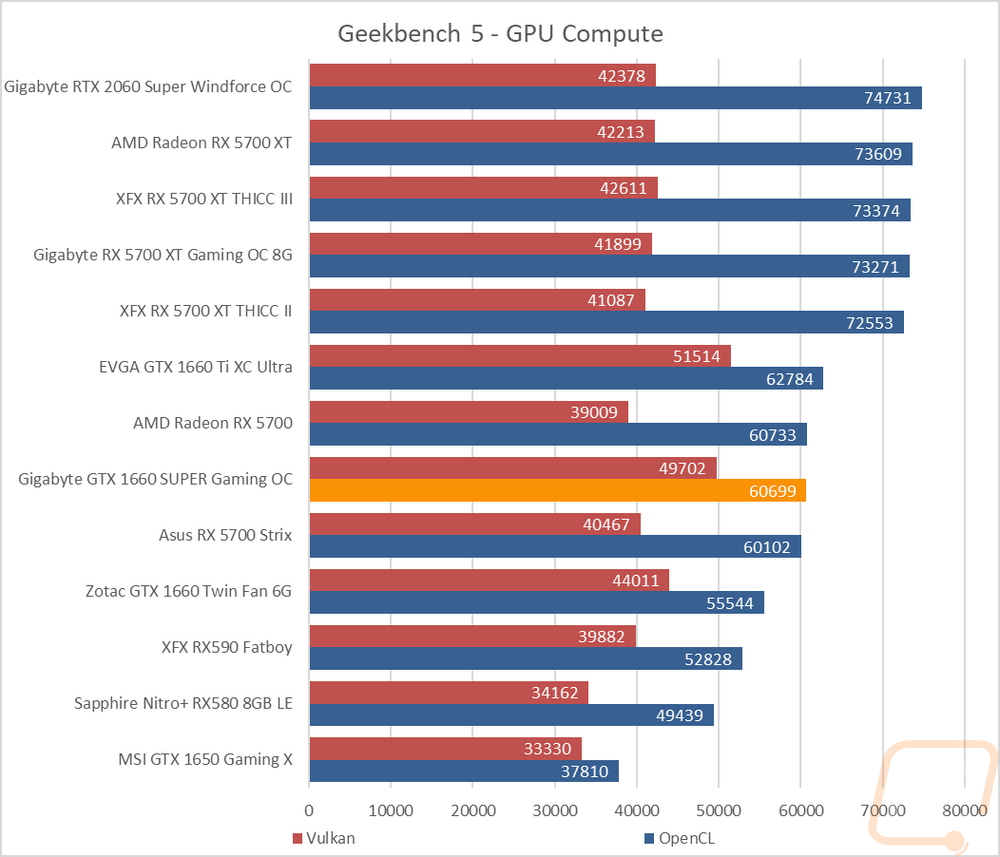 We have 1787 guests and one member online