My first test was again in Superposition. This time I tested the VR Maximum and VR Future tests using the Vive resolution. In the VR Max test, the GTX 1660 SUPER Gaming OC came in a whopping .07 FPS higher than the 1660 Ti but you can see that in the mode demanding VR Future test the 1660 Ti still comes out ahead. The impressive part, however, is that the GDDR6 memory and a higher overclock put the 1660 SUPER up over 12 FPS over the original GTX 1660. 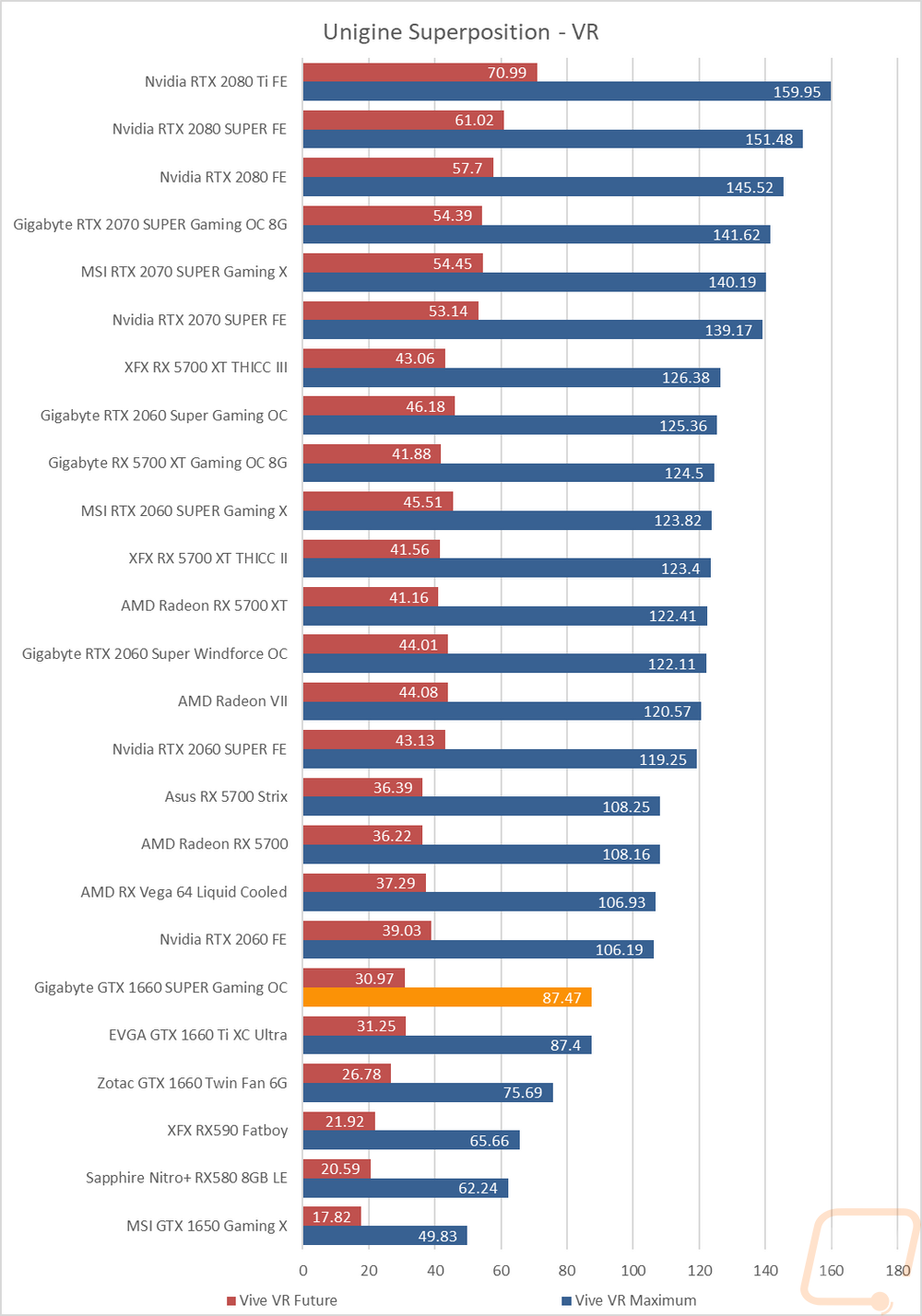 In VRMark I tested two tests, their Blue room which is a future-looking test and the Cyan Room which is a high detail modern test. Here the 1660 SUPER didn’t outperform the 1660 Ti, but was 3 FPS behind in the Cyan and a little over 1 FPS behind in the Blue Room test. The gap between it and the original GTX 1660 is once again significant as well with the RX590 performing similar to the original 1660 as well. 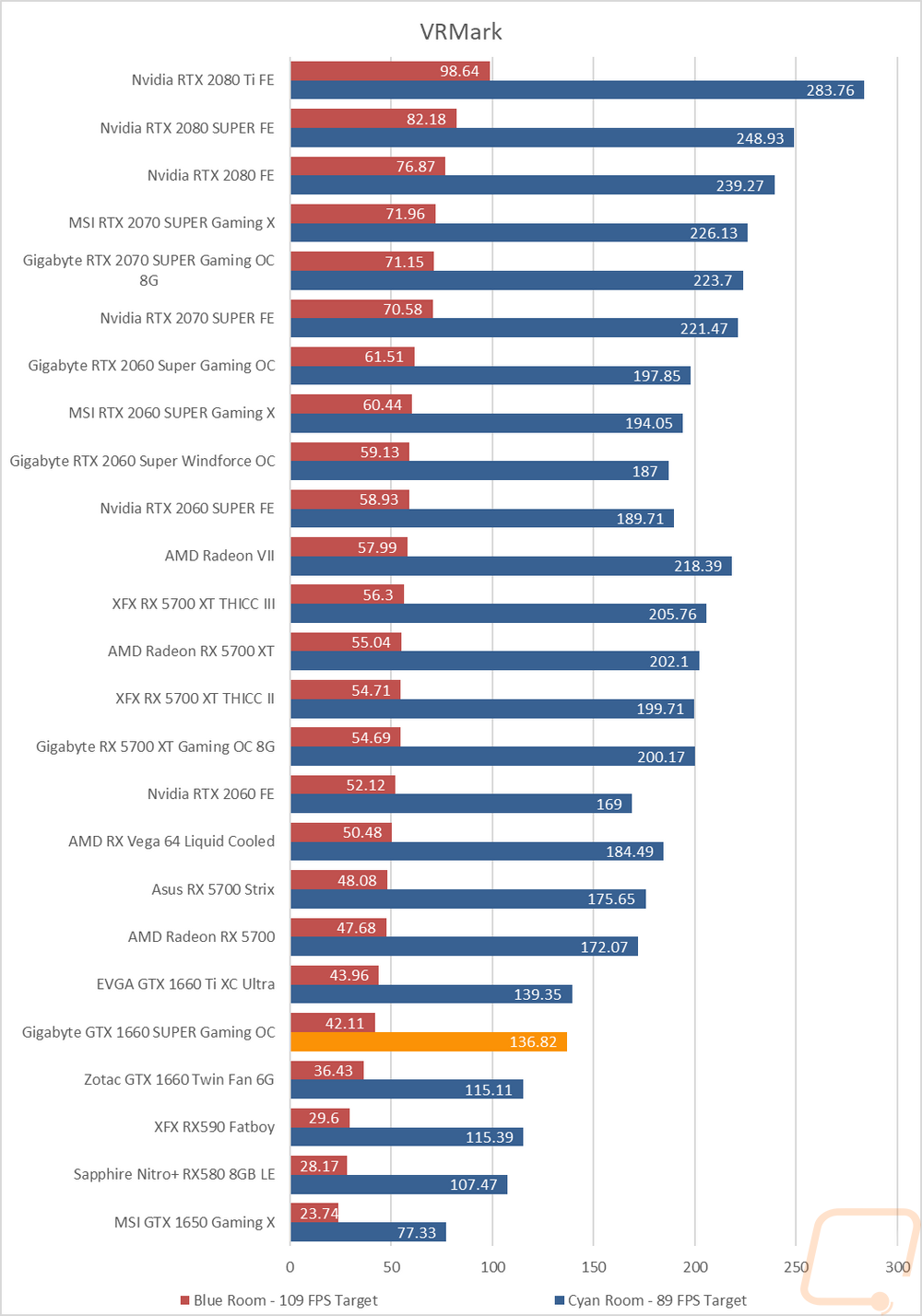 We have 398 guests and one member online