So how did the Gigabyte GTX 1660 SUPER Gaming OC perform? Well looking at the resolution/FPS breakdown you are obviously going to want to avoid running 4k on the card, but that isn’t a surprise at all. 10 tests came in at in the playable but rough 30-59 FPS range and then 6 were unplayable at all, this includes our tests at lower medium or normal detail settings. Now at 1440p, performance improves and everything is actually playable with 9 results even being up over 60 FPS but with the 7 games in the 30-59 FPS range, I wouldn’t consider this a 1440p card. The 1660 SUPER did better at 1080p where 10 results were over 60, one was over 120 FPS, and 4 were in that playable but not ideal range. Which shows that this is a 1080p card, but you will still need to adjust the settings on some games to get gameplay up in the 60+ FPS range.

Diving into the actual results I was curious to see how the GTX 1660 SUPER Gaming OC compared to our original GTX 1660 an the GTX 1660 Ti as well as the RX590. I was also curious to see if those four under 60 FPS results were all on the ultra detail settings. The under 60 results can be found on Borderlands 3, Metro Exodus, Total War: Three Kingdoms, and Ghost Recon. All four were on the ultra detail settings for those games with all of them in the 70-105 FPS range for the lower detail setting showing that at 1080p you will be able to play everything at a smooth framerate, you just might have to turn the detail down on a few of the most demanding games. Beyond that, I was really surprised by how close the 1660 SUPER and 1660 Ti were in games, they trade blows with them swapping places over and over again through the charts and with that the addition of GDDR6 and a bigger overclock really helped push the GTX 1660 up in performance. As for the RX590 it runs closer to the original GTX 1660 with the exception of Dawn of War 3 where the AMD cards excel. 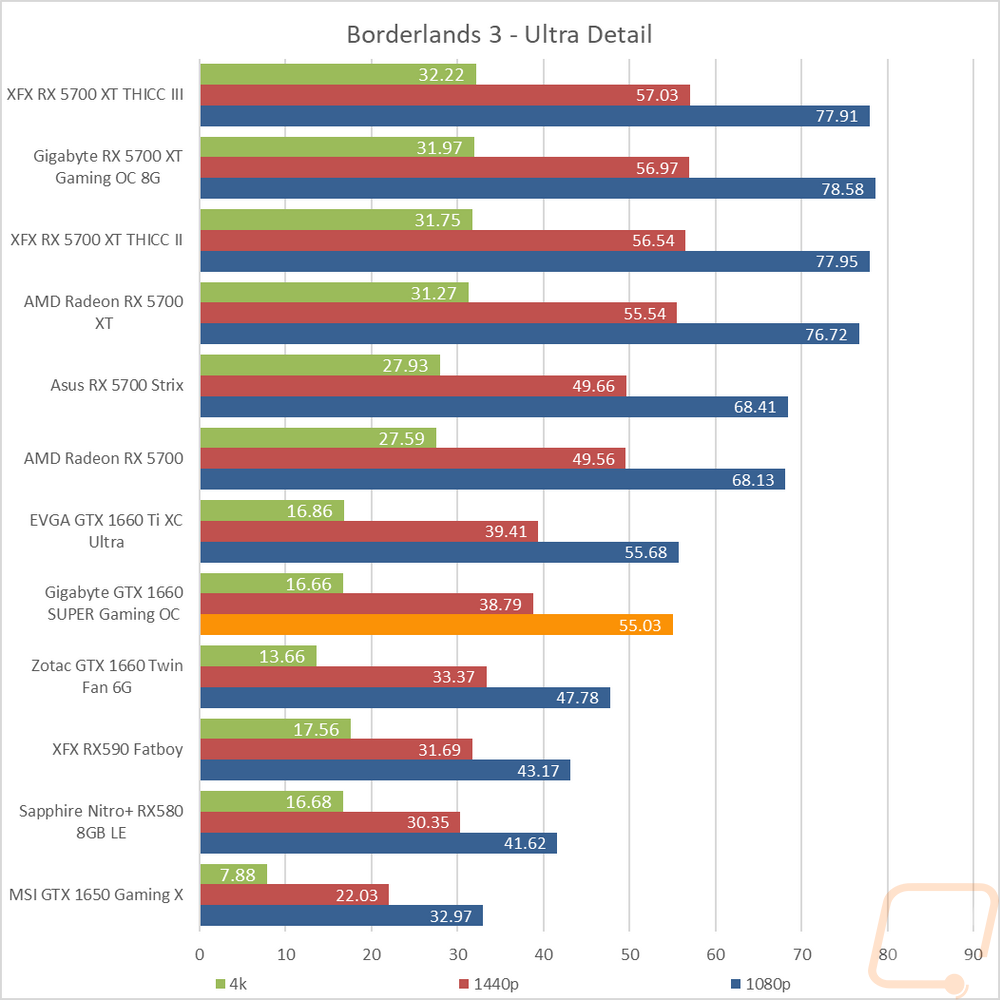 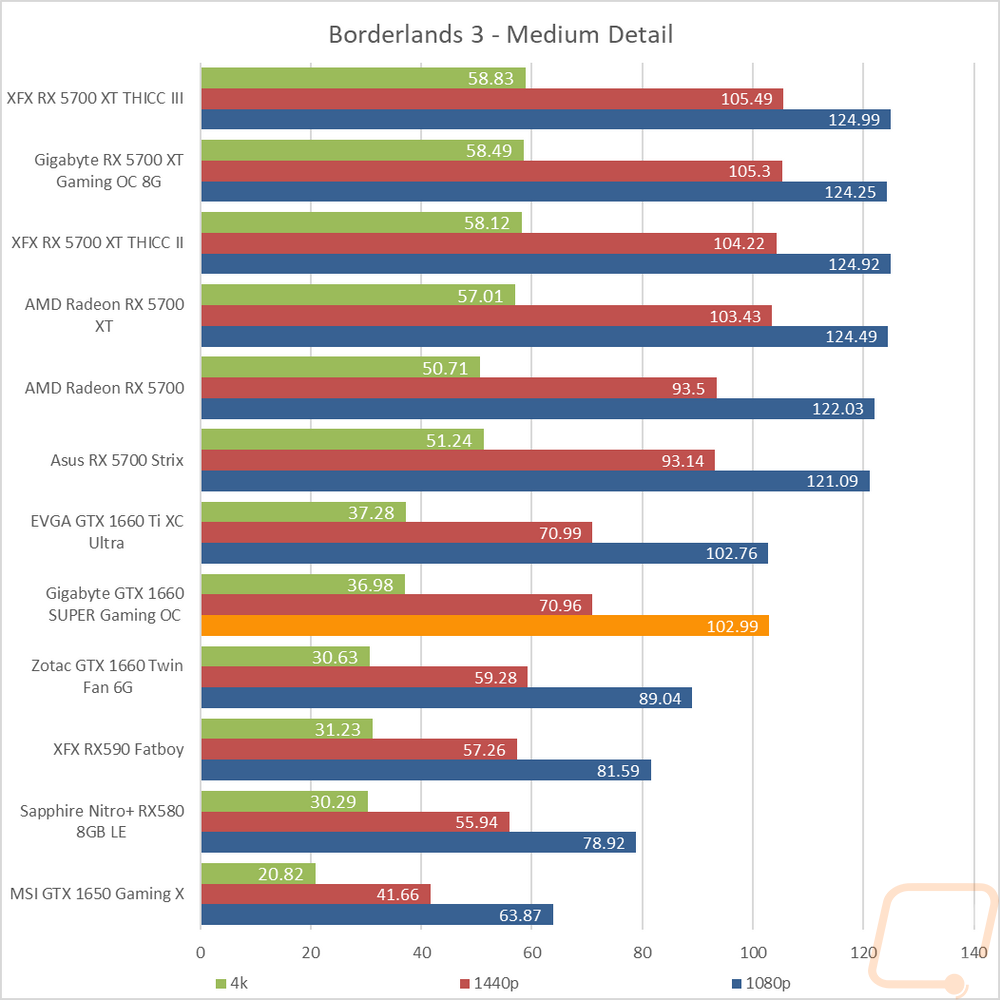 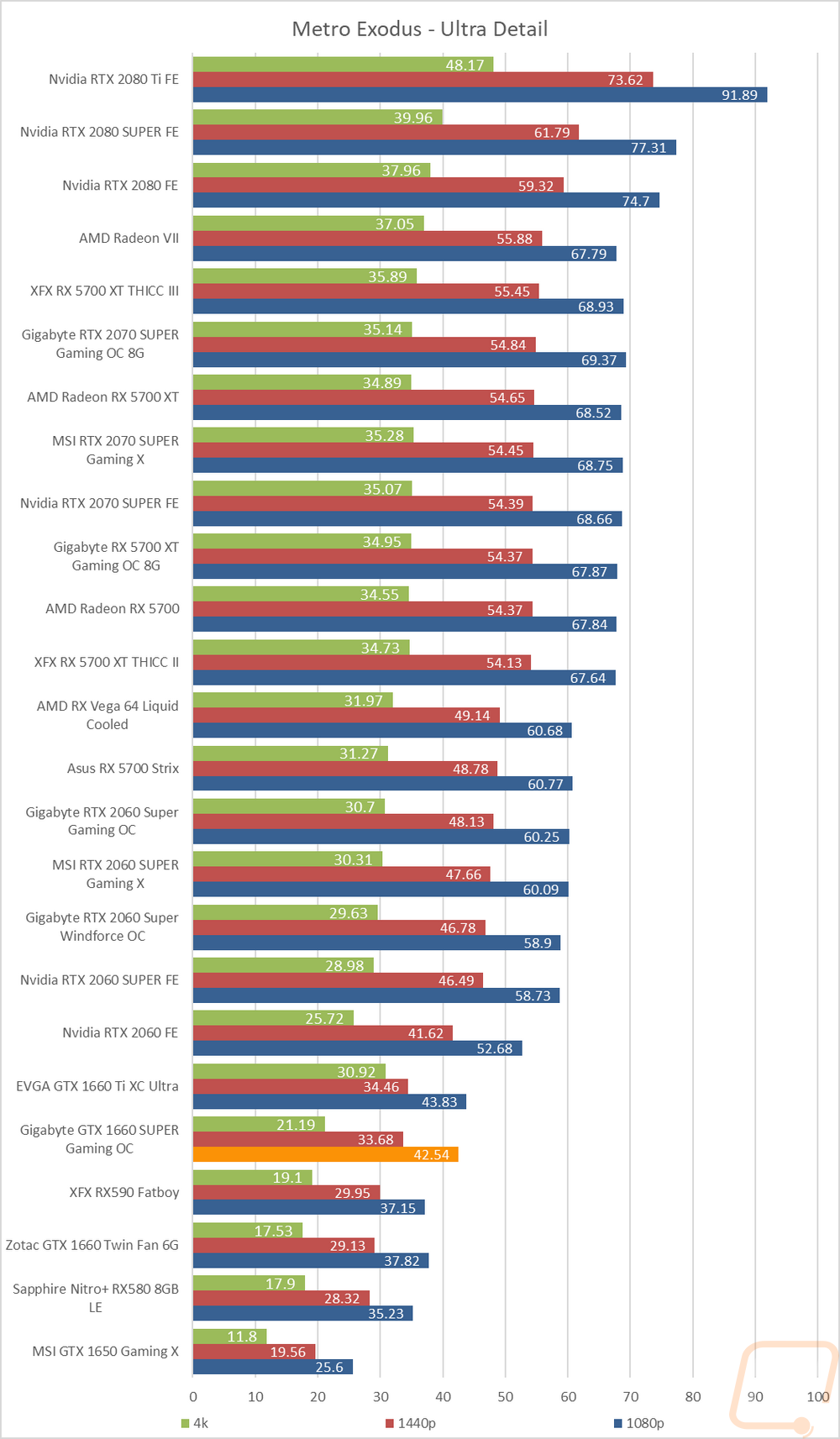 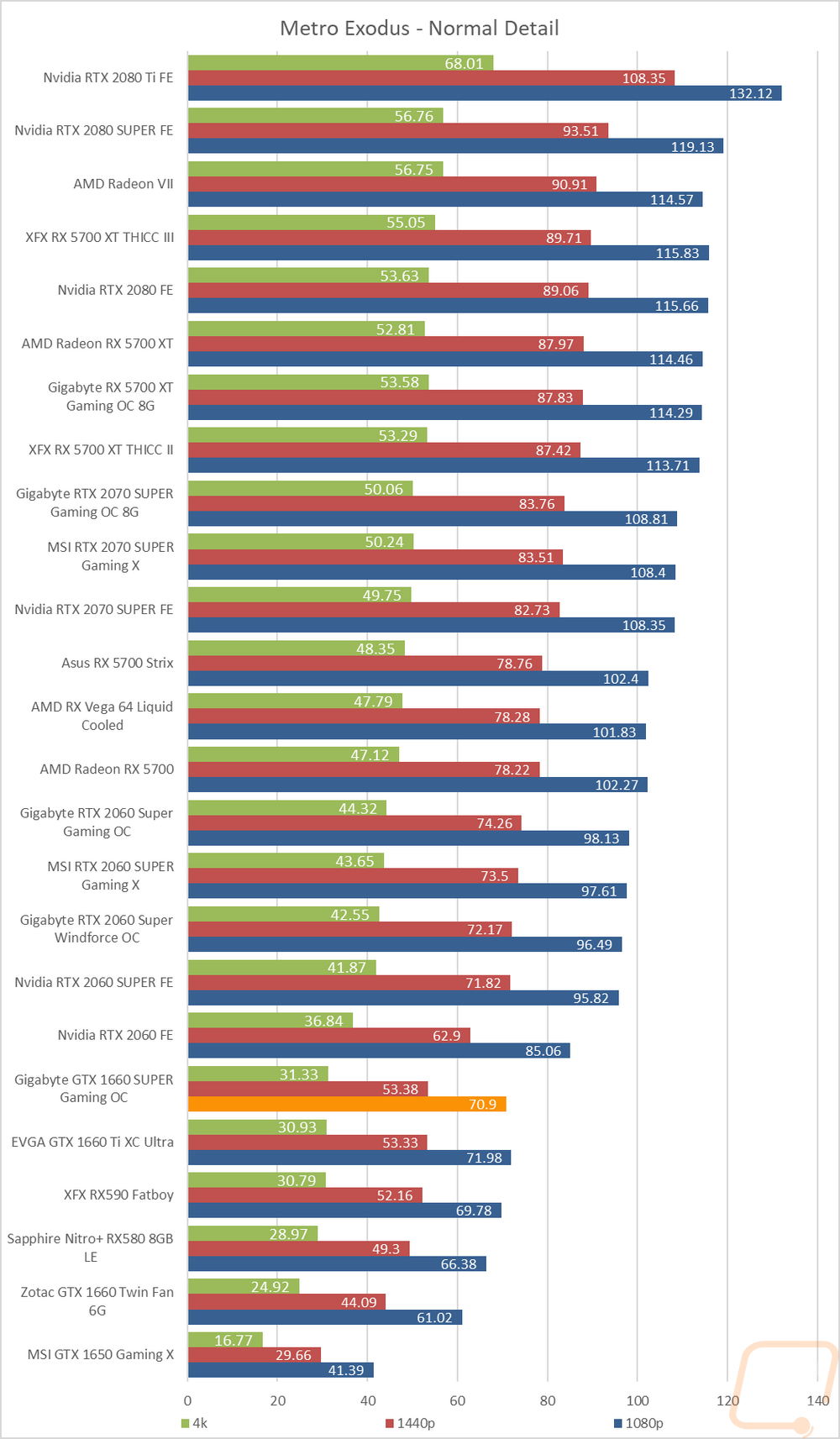 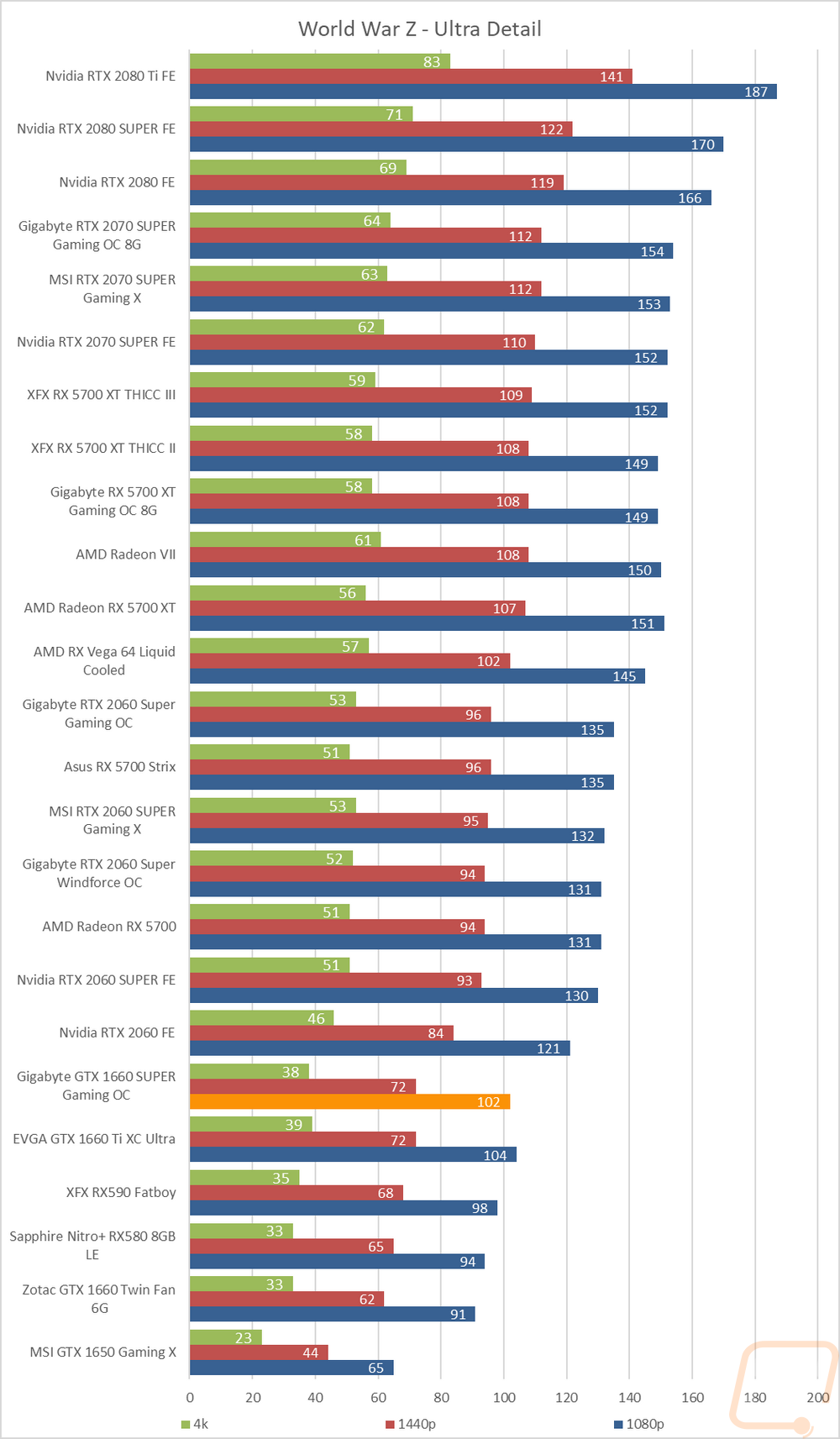 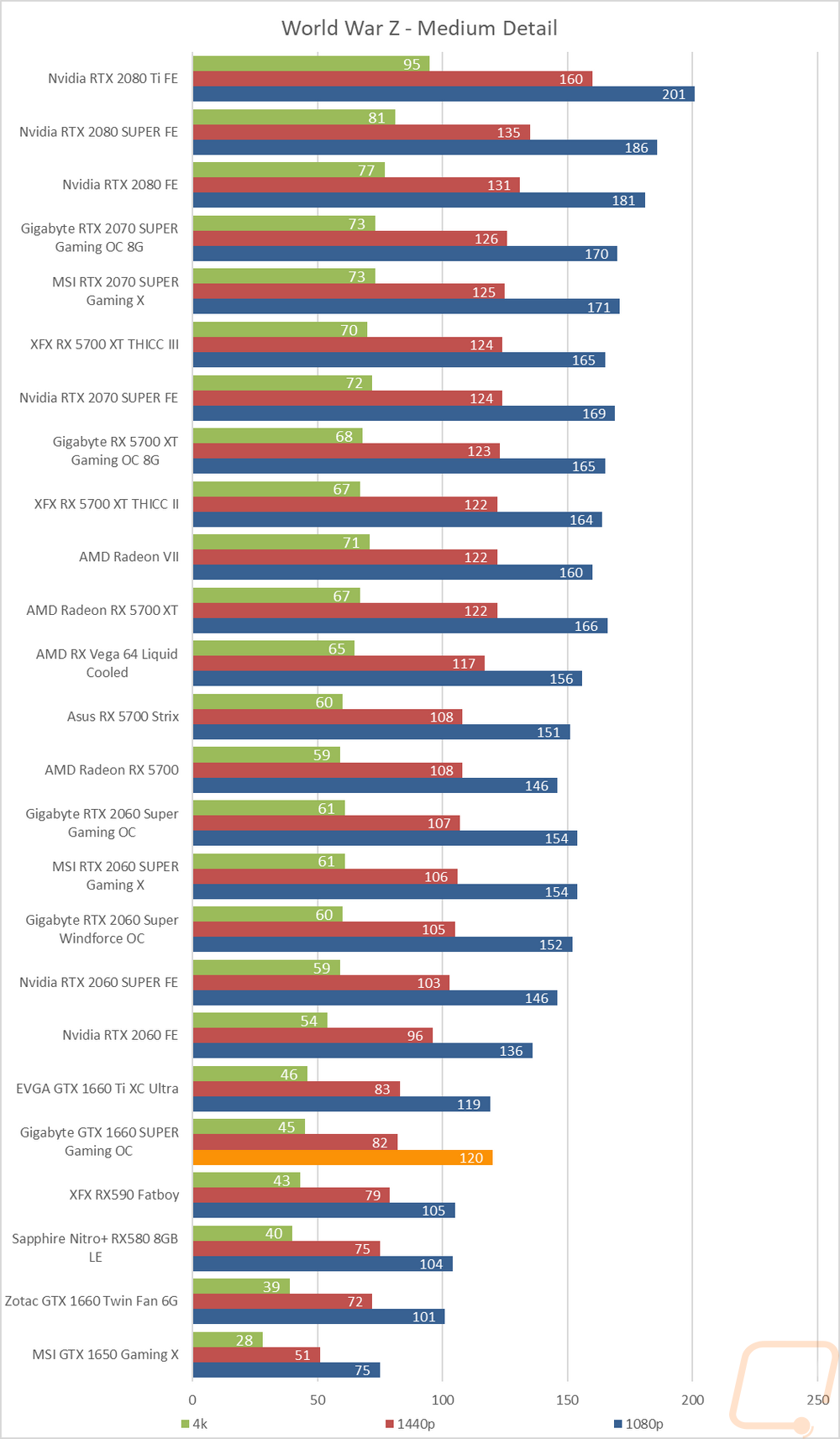 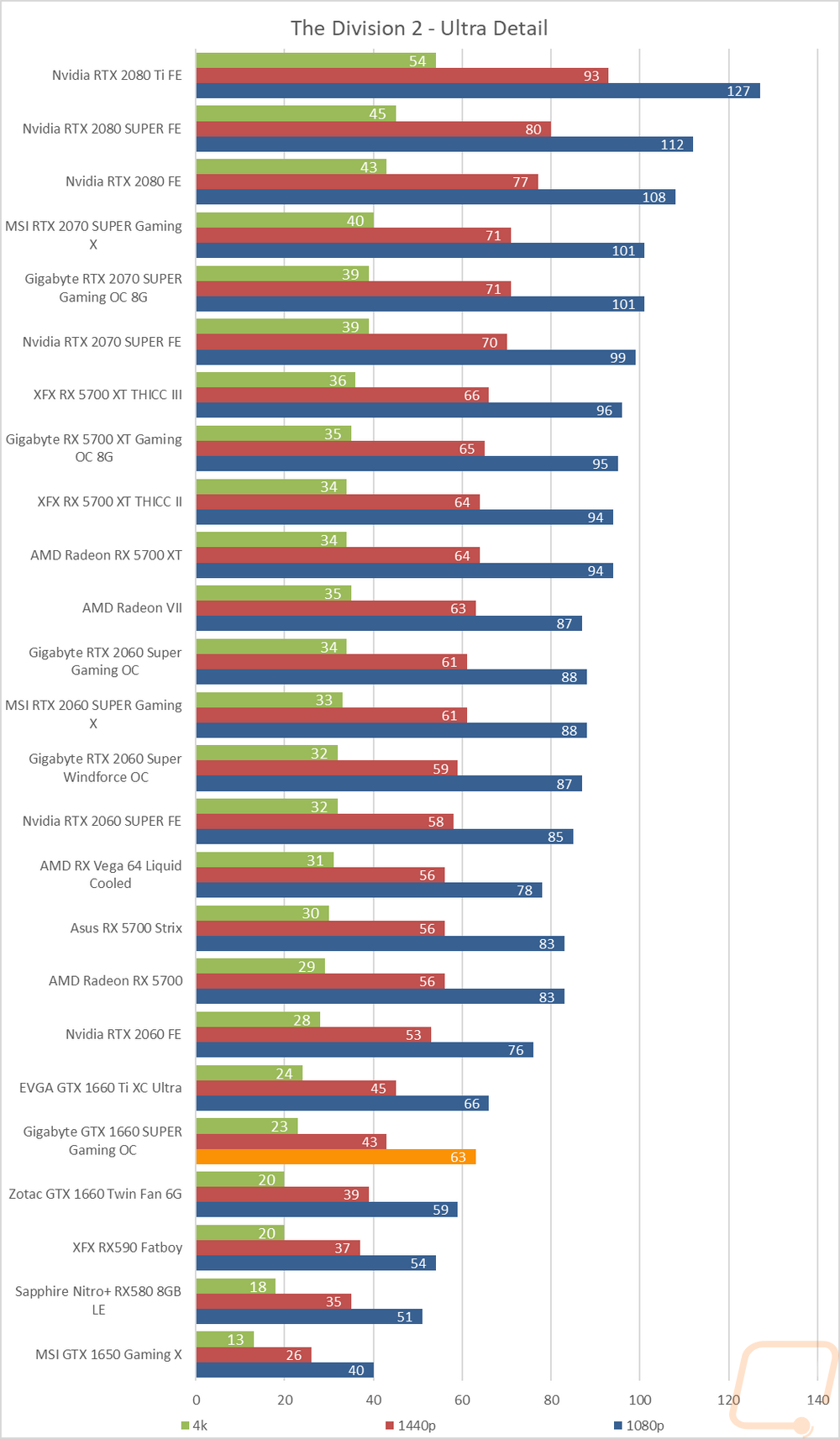 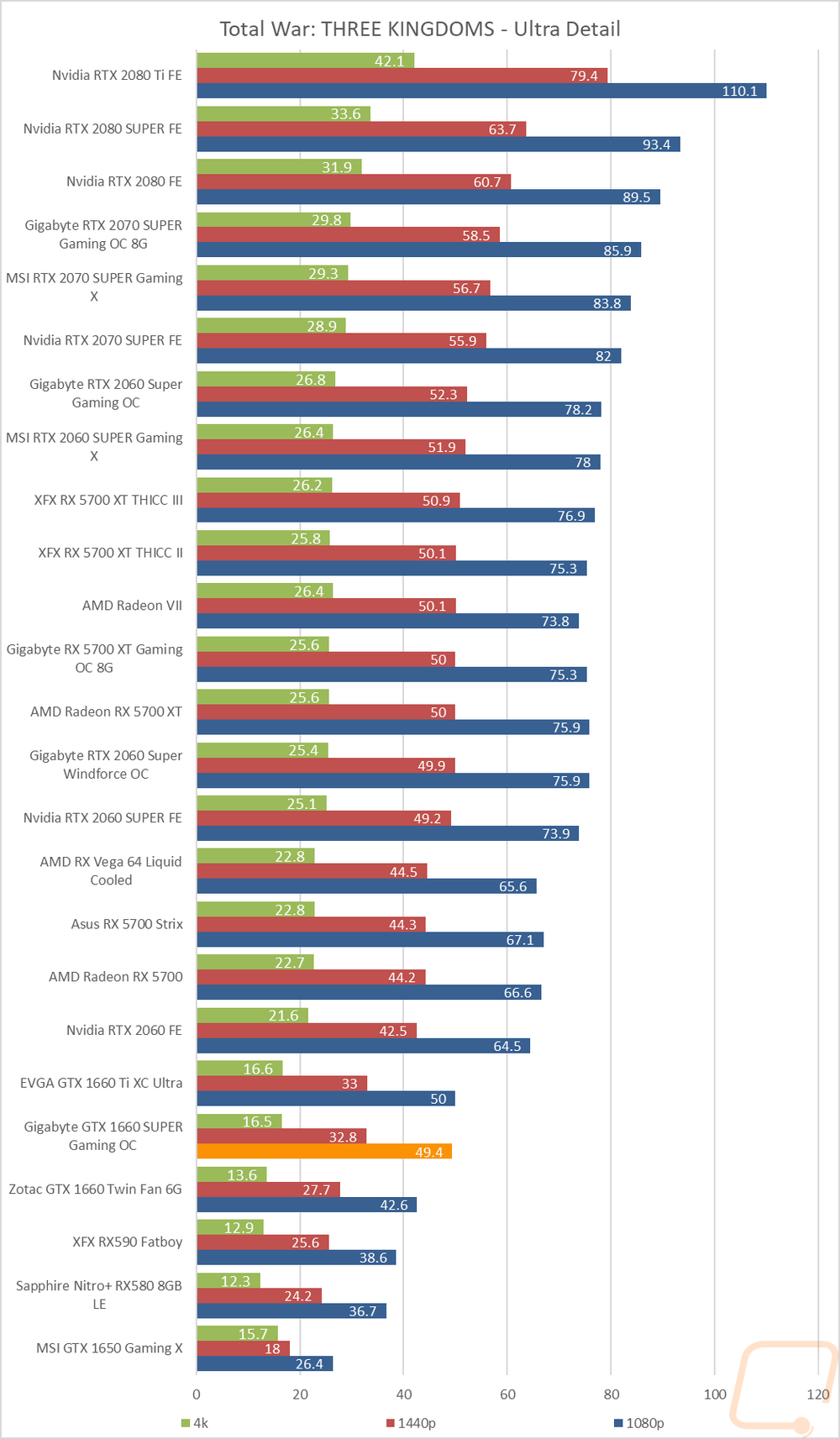 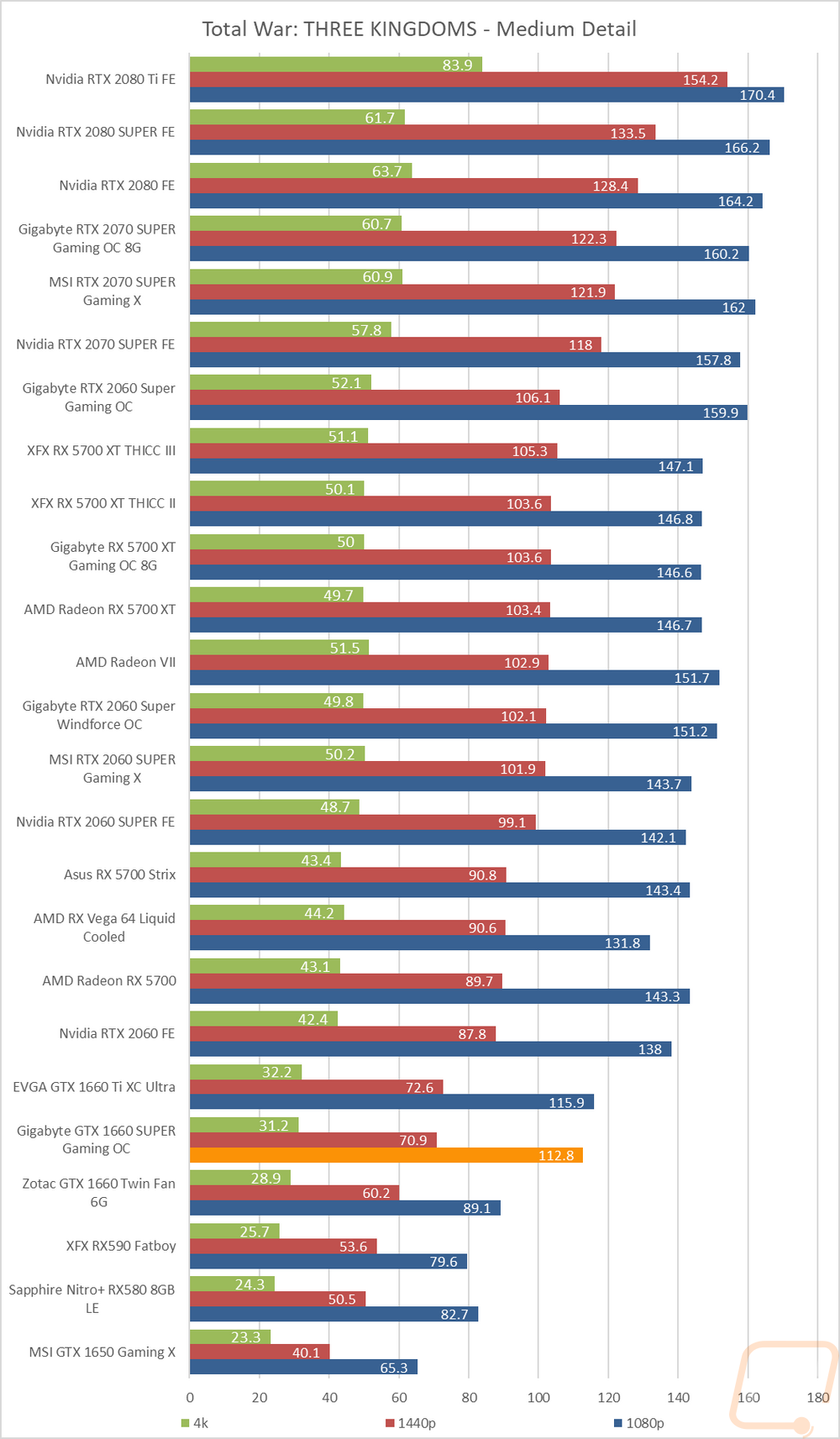 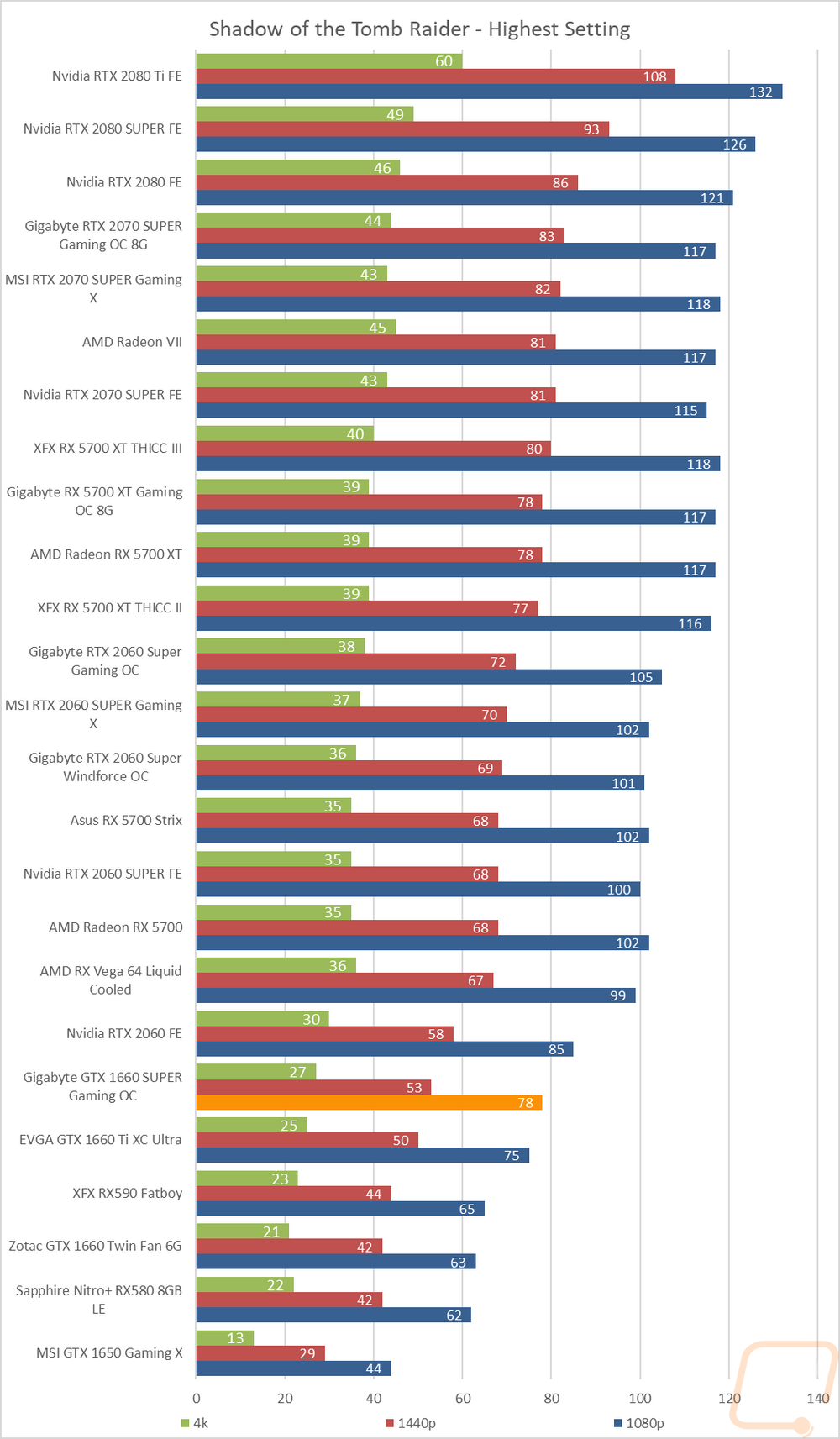 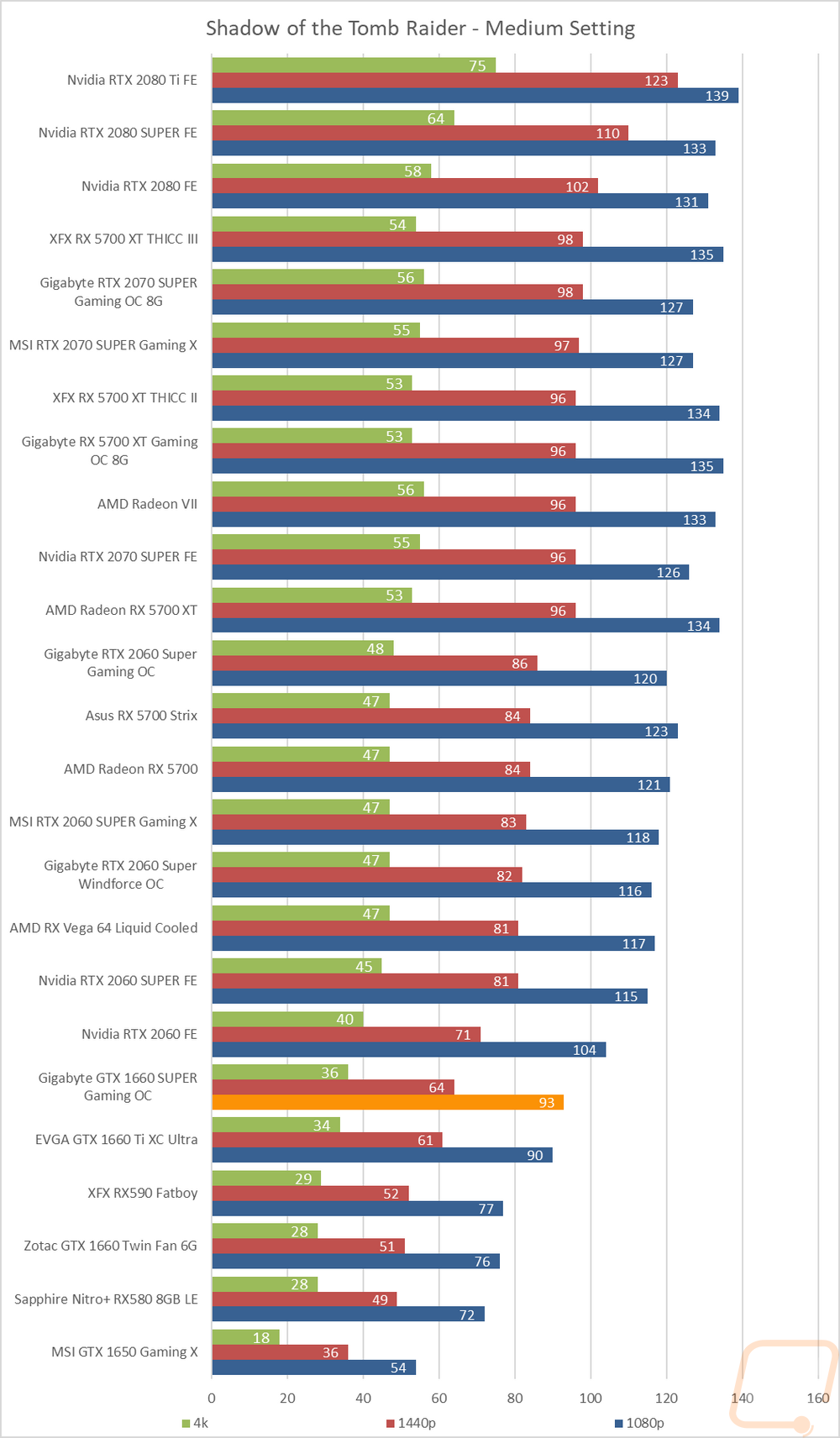 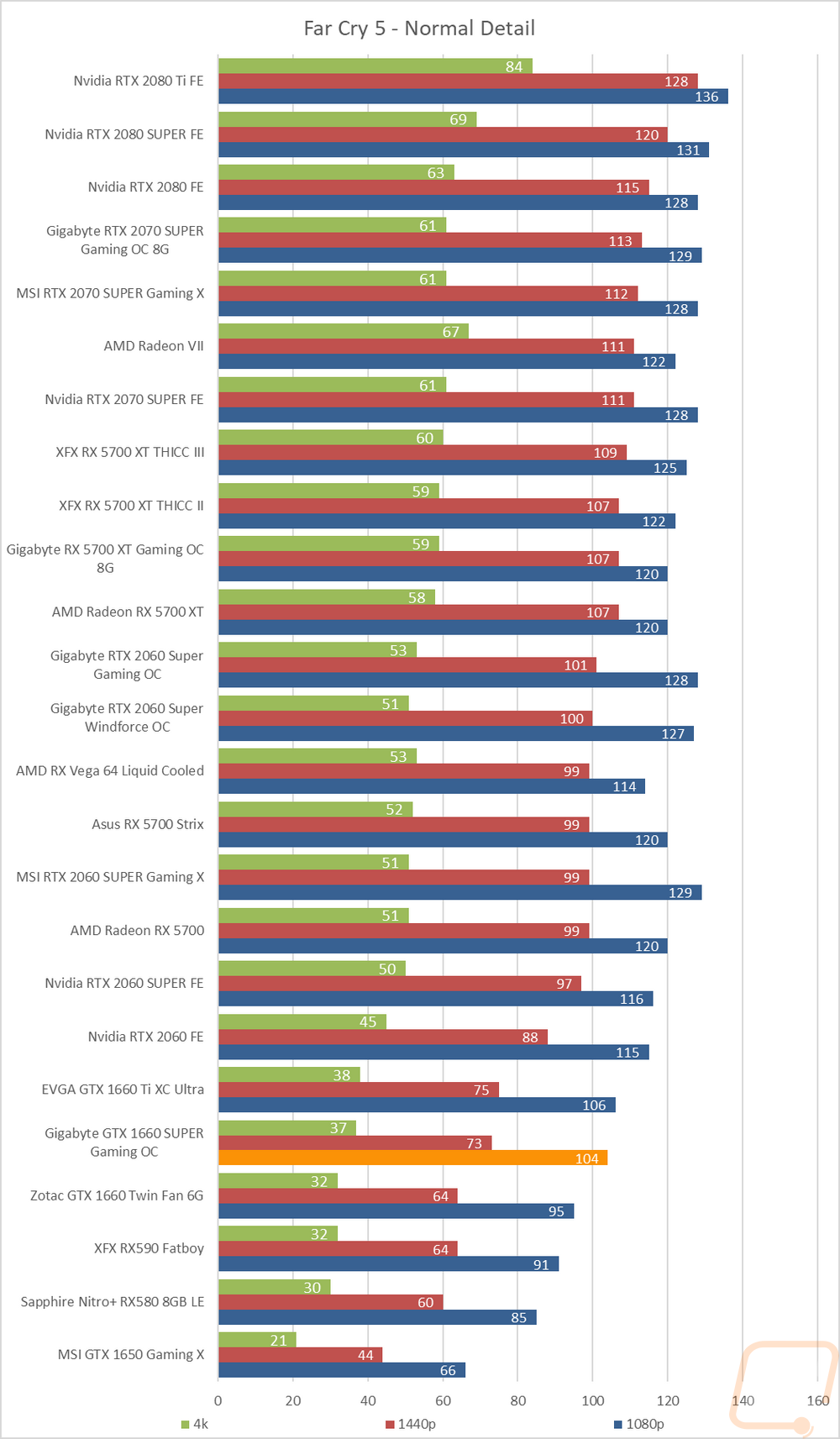 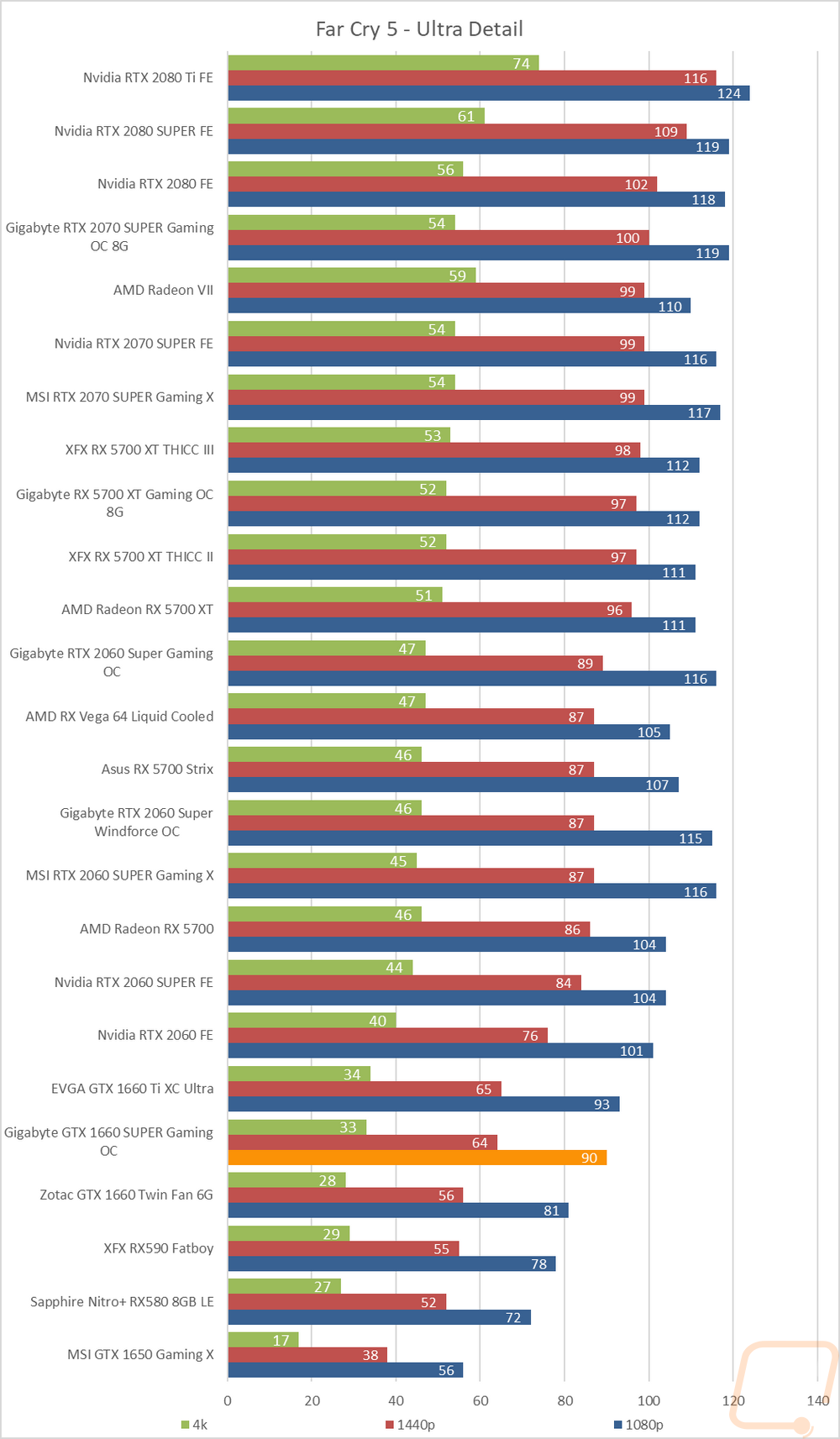 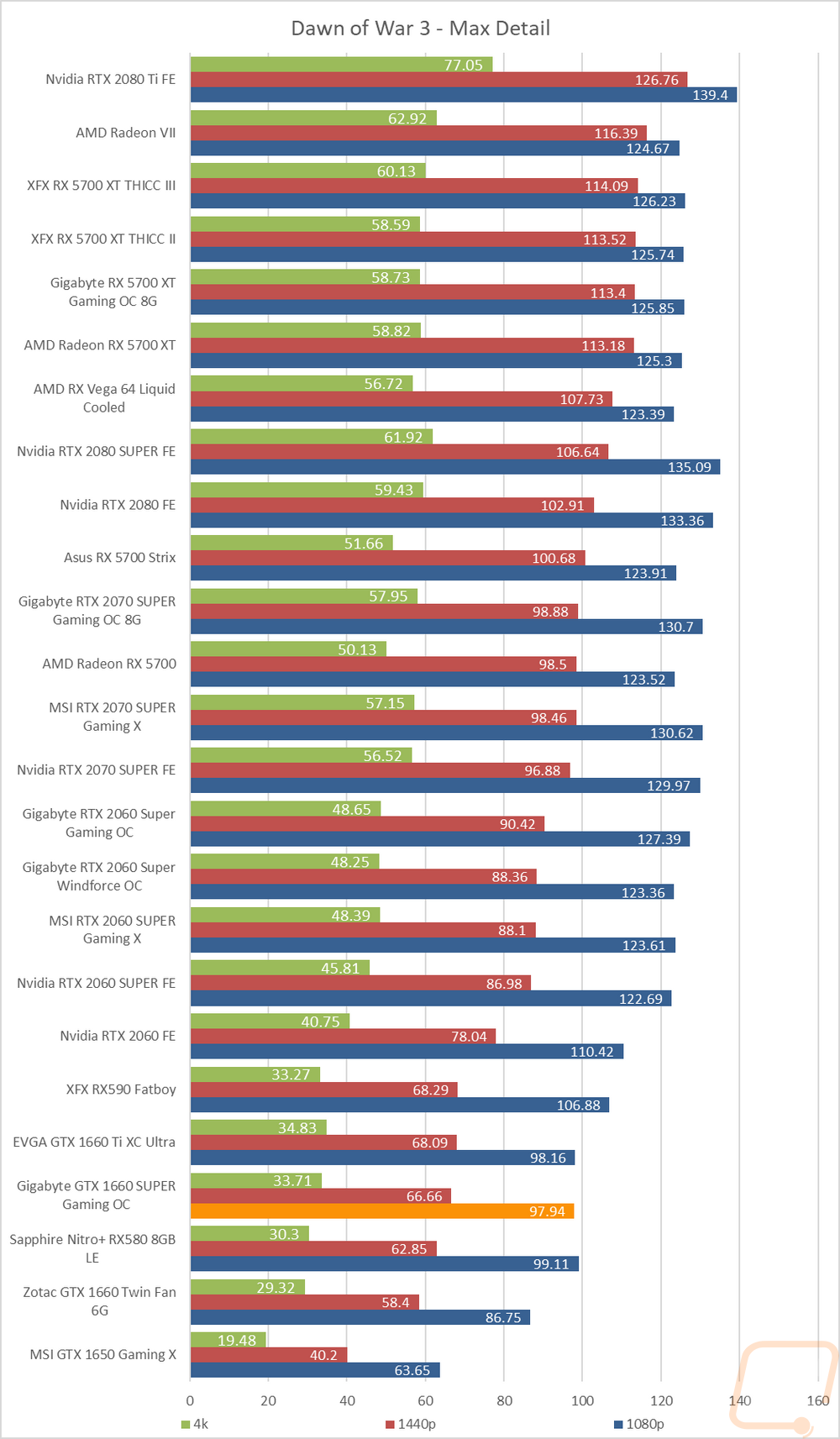 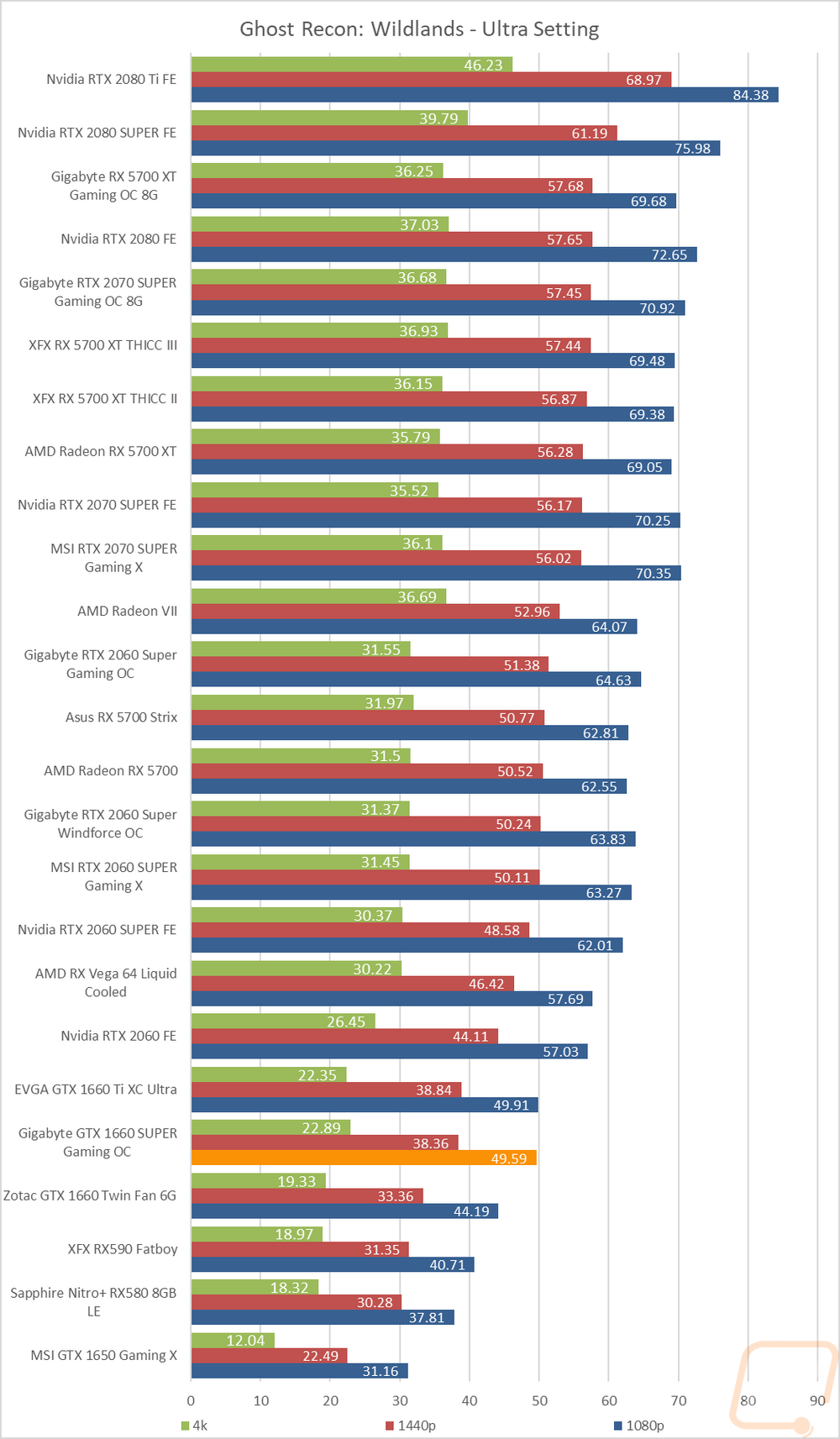 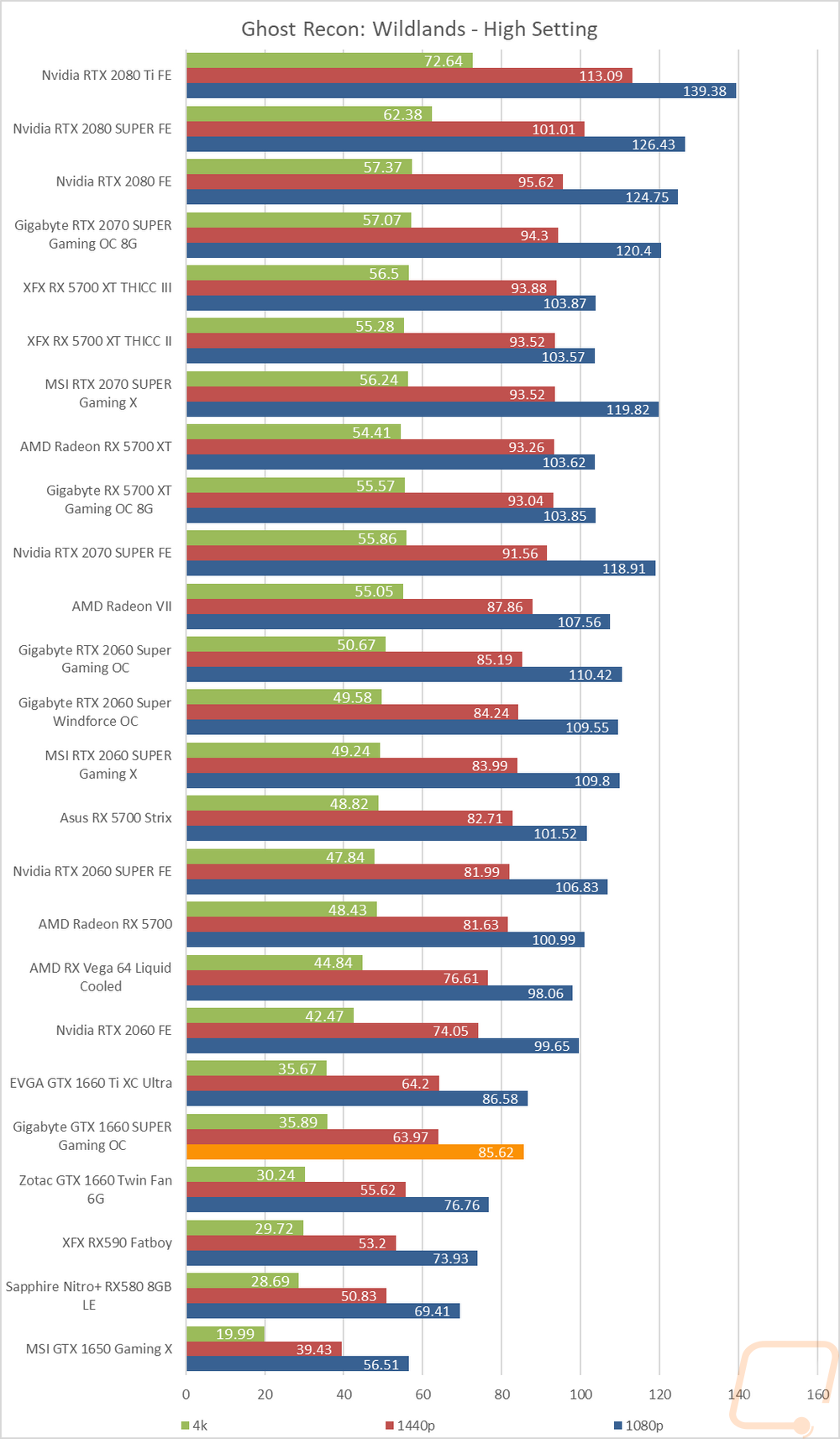 We have 1479 guests and no members online