Not everyone uses their PC for gaming or in some cases people like to game and work with the same PC. Because of that, I did run through a few different compute tasks to get an idea of how the GTX 1660 Ti performs in these. The first was a simple synthetic benchmark with the Passmark Performance Test 9’s GPU Compute test. Here you can see a big gap between the GTX 1660 Ti and the RTX 2060, but it did outperform the RX590/580 and the GTX 1060. 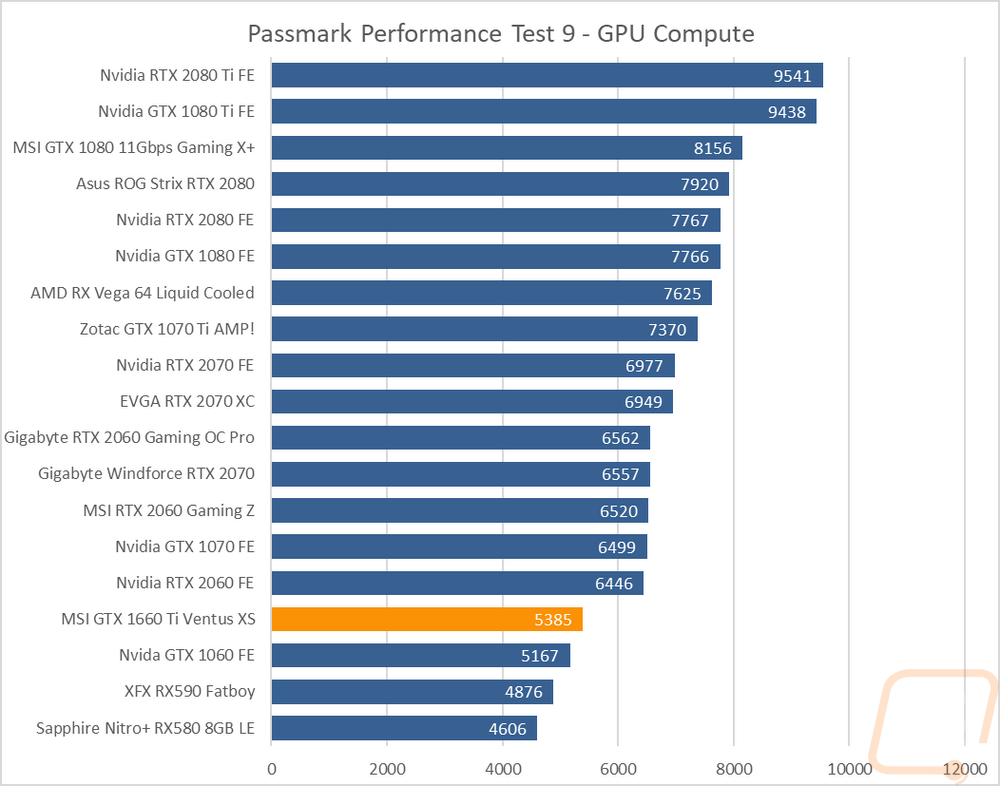 Blender is one of the most popular 3D rending programs and it is free and open source. The default benchmark does have issues with RTX cards so I have updated our benchmark with the mid-January build which supports the new cards and lets us get a full look at how all of today's cards run in Blender. The GTX 1660 Ti doesn’t have the tensor and rt cores but it still did very well here, outperforming the GTX 1070 Ti and GTX 1080 FE but coming in behind the RTX cards and the GTX 1080 Ti. 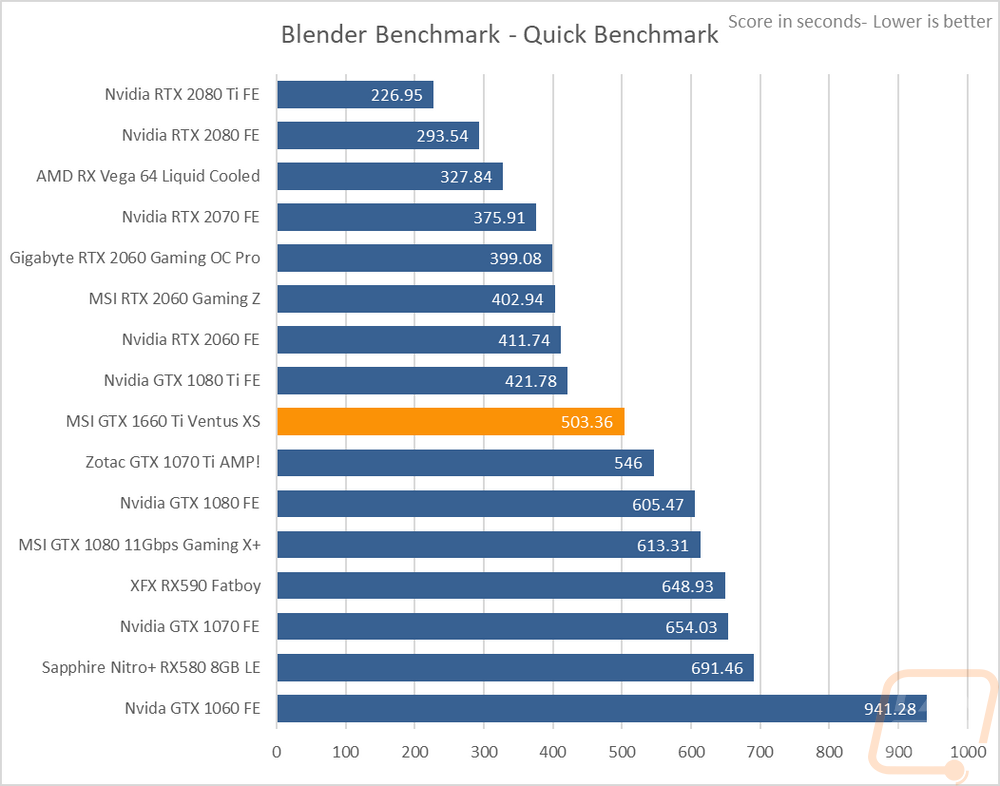 For another synthetic benchmark, I used Basemarks GPU test using both DirectX 12 and OpenGL, the GTX 1660 Ti outperformed the GTX 1060 here, especially in Open GL. 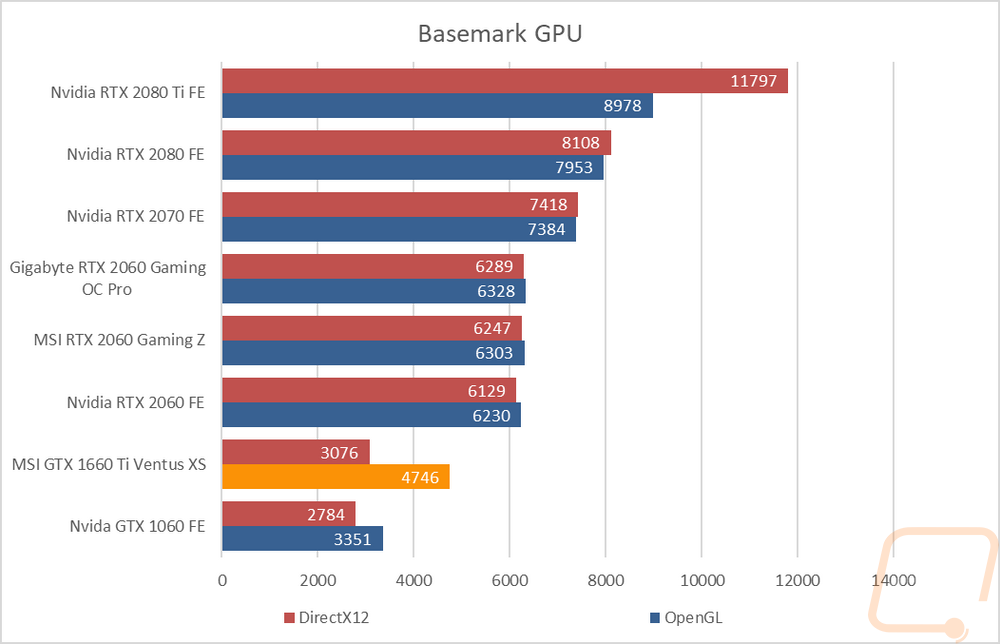 My last test was Geekbench 4’s GPU compute test using OpenCL. The gap here between the GTX 1060 and GTX 1660 Ti is significant, but you can also see there is a good sized margin between the RTX 2060 and it as well. 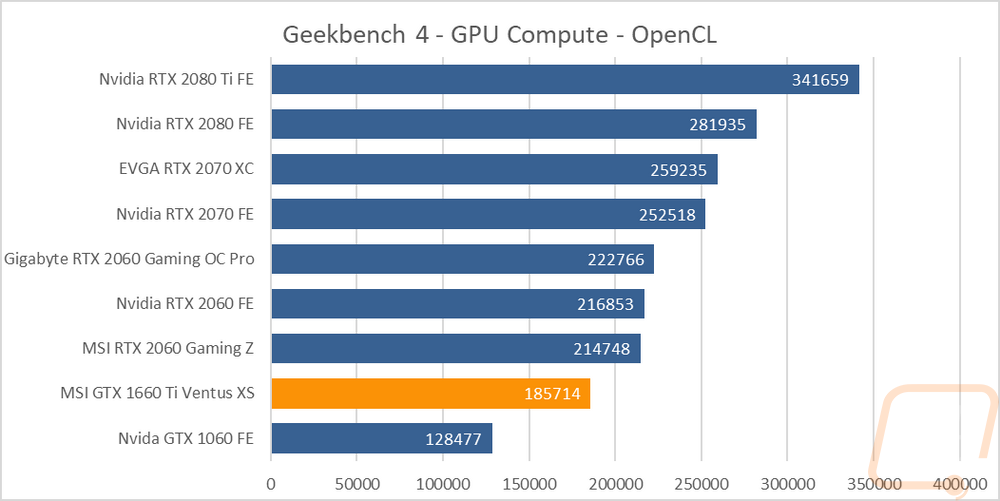