So how did the MSI GTX 1660 Ti Ventus XS perform? Well at 1080p three of our tests were over 120 FPS, 12 were over 60, and two fell into the playable but not smooth 30-60 range. In other words, all of our tests, even at their highest detail settings were playable with most performing great at 1080p. At 1440p two were still playable at 120 FPS, 9 at 60 this time, and now 6 are in that 30-60 FPS range. So turning the resolution up on the GTX 1660 Ti starts to show some performance issues with a lot more in that 30-60 range that is playable but you will want to adjust the settings up for smooth gameplay. Then at 4k things tripped and fell on their face. Only 2 games are above 60 FPS, 9 are in the 30-60 range, and 6 were unplayable at all under 30 FPS. Basically what this is telling us is the GTX 1660 Ti is a great card for 1080p, you can expect it to play anything smoothly at that resolution with some of the less demanding games like the “esports” titles playing in the 120 FPS or higher range. 1440p can work but you will have to turn things down and just don’t game at 4k.

But let's take a closer look at the charts to see how the GTX 1660 Ti compares to the other cards and to see if there were any interesting results. Now I normally sort all of our results by the 4k setting, but for this card, I did them by 1080p, so there are a few games like Warhammer where 4k and 1440p performance wasn’t great but it played great at 1080p and the GTX 1660 Ti looks a little artificially high in the charts. Keep that in mind. Overall what I found was Nvidia’s new card actually runs with and in most cases outperforms the GTX 1070 FE. It doesn’t outperform the GTX 1070 Ti like the RTX 2060 does, but running with the GTX 1070 is a significant improvement over the GTX 1060 and is well above the RX590 as well. 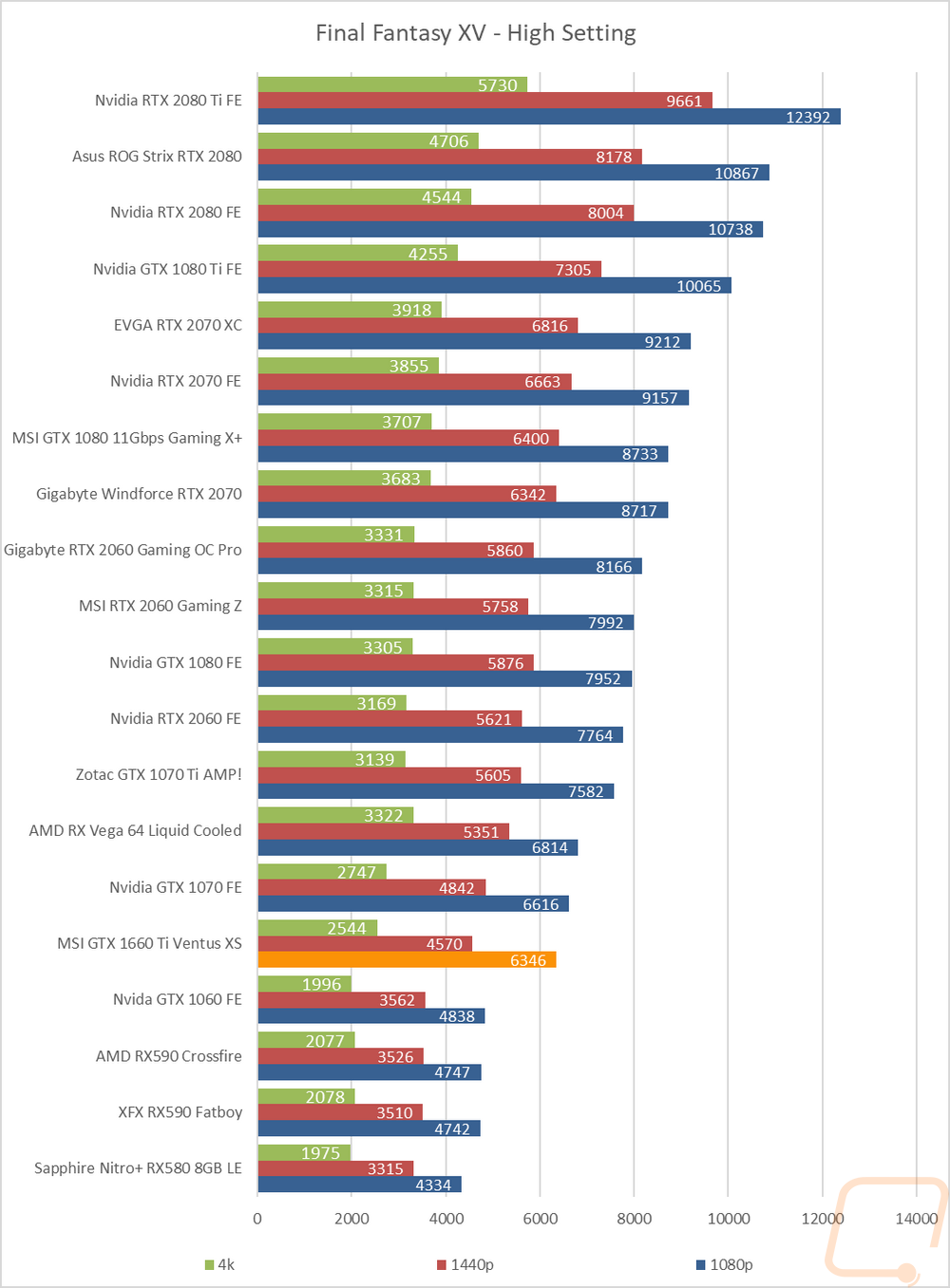 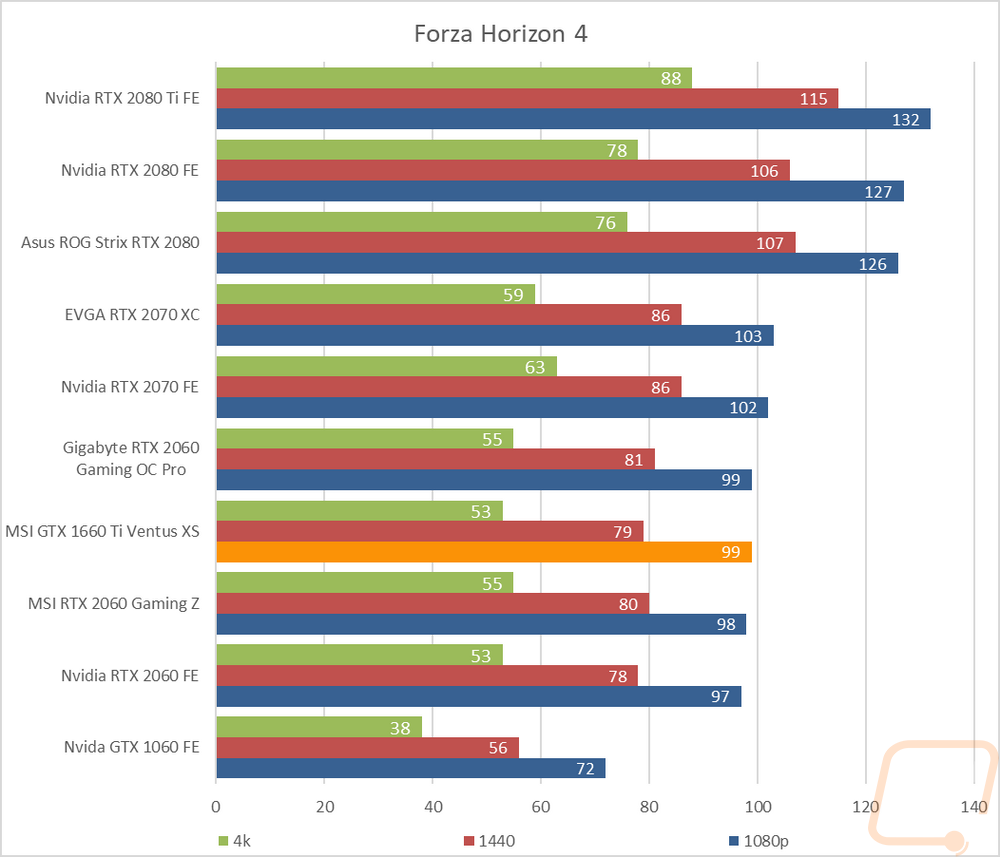 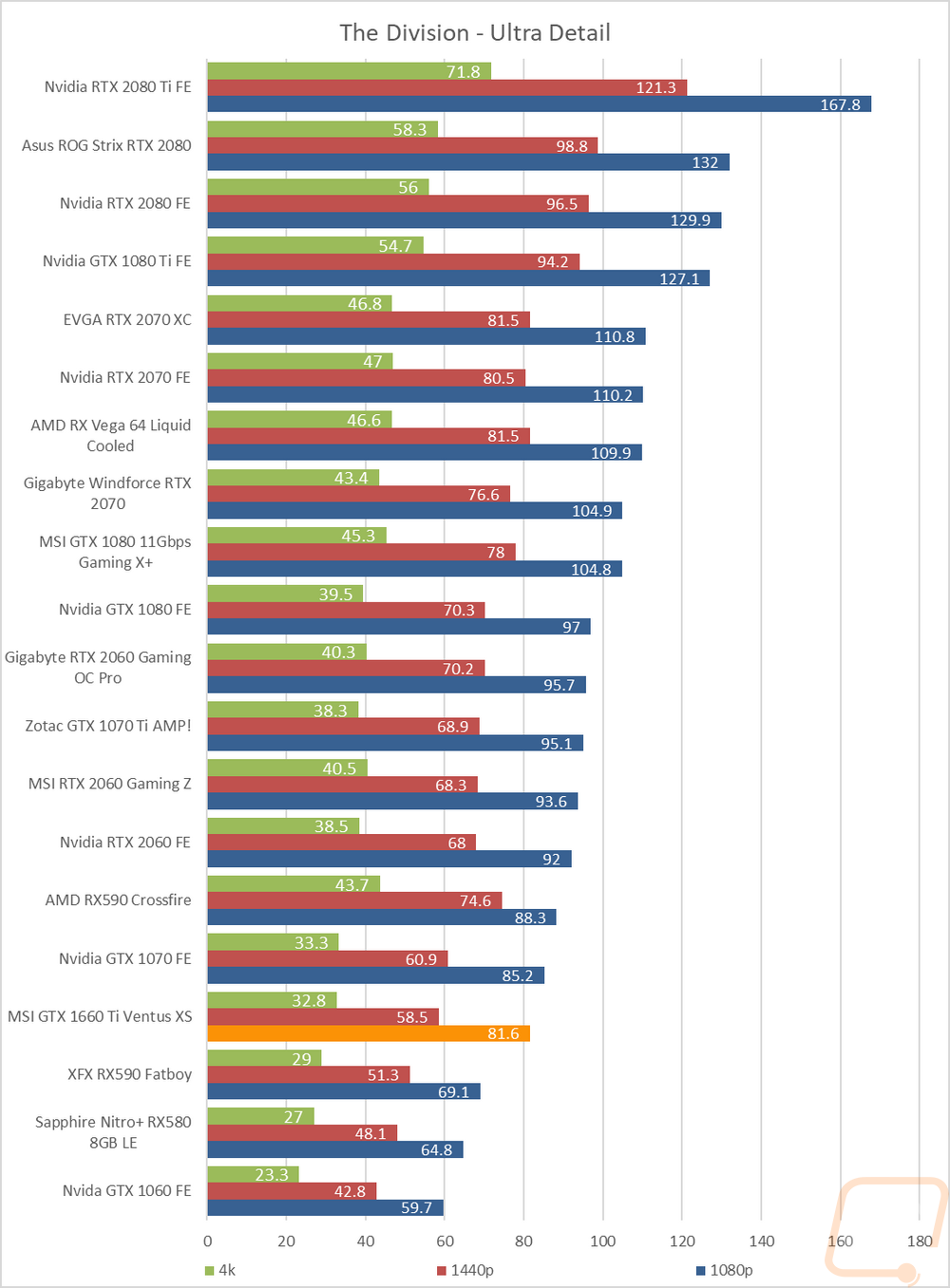 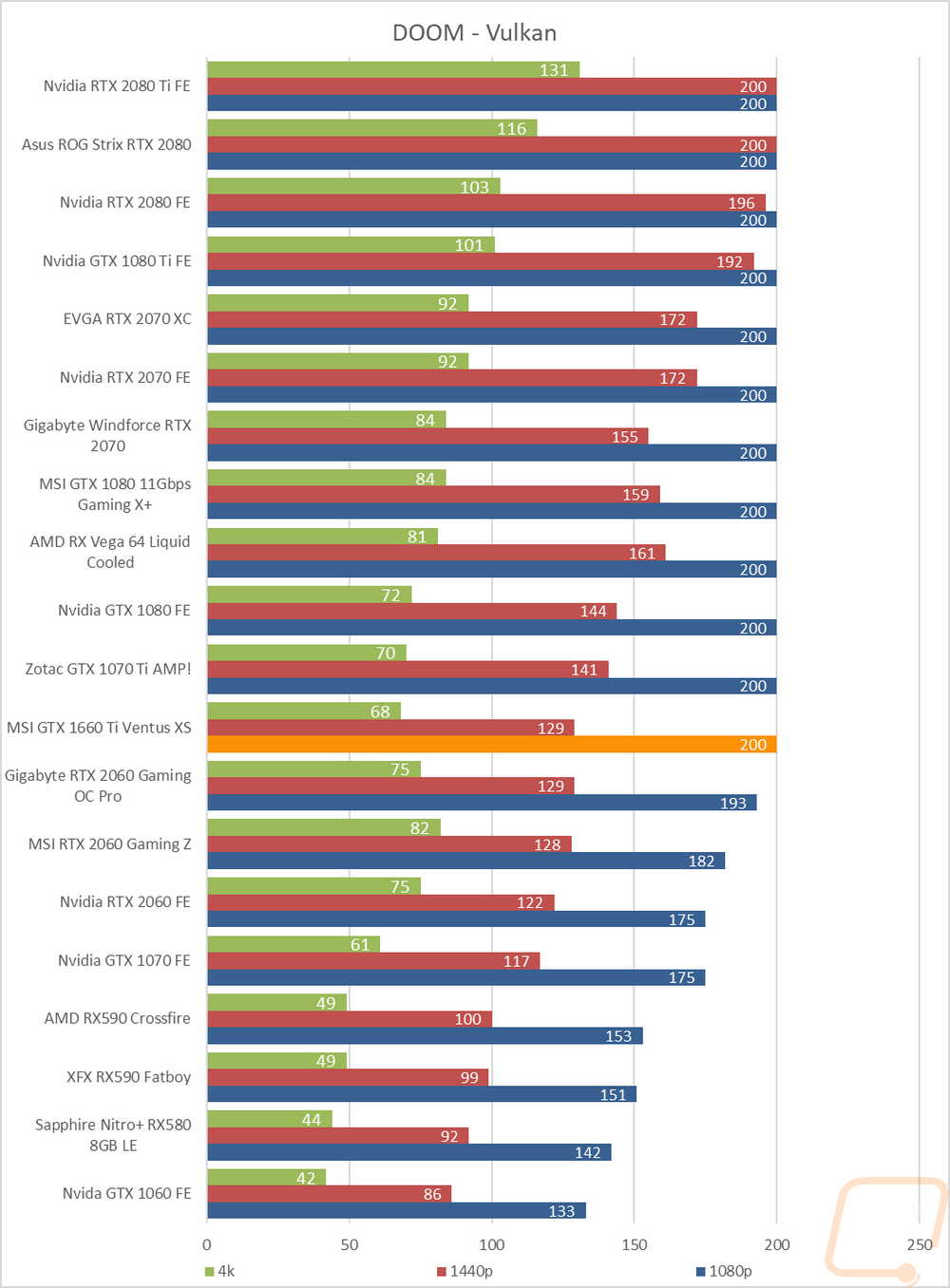 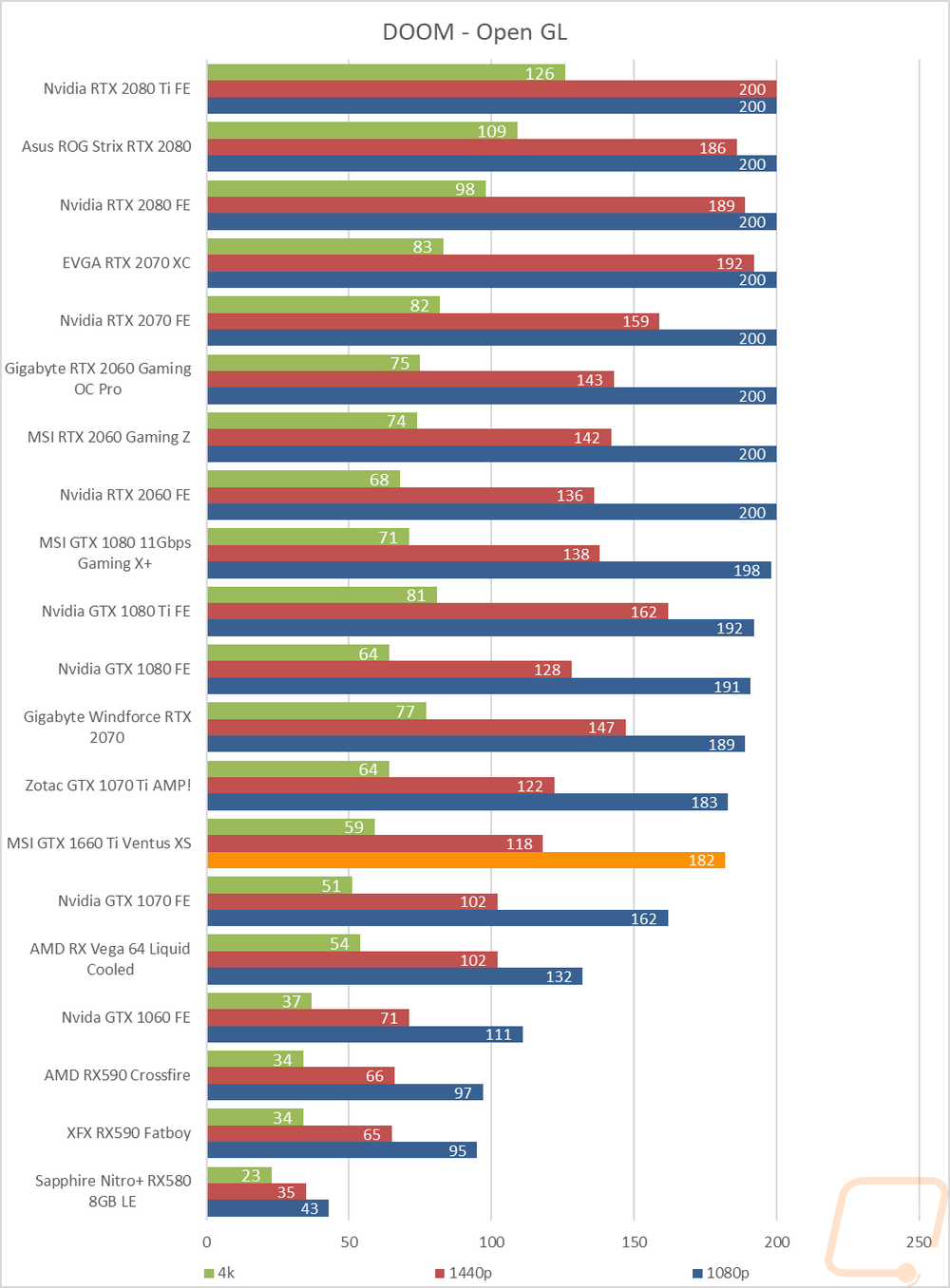 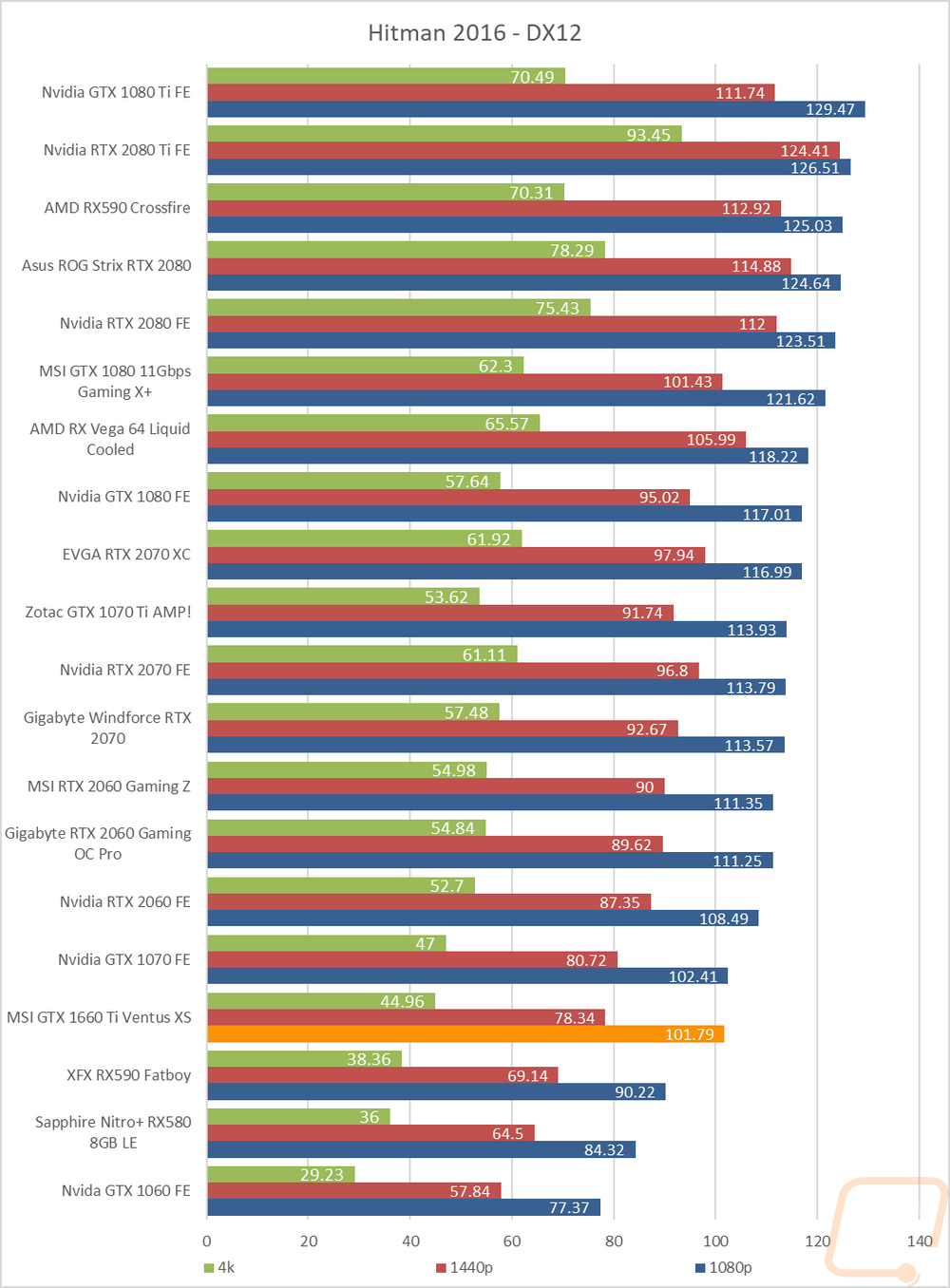 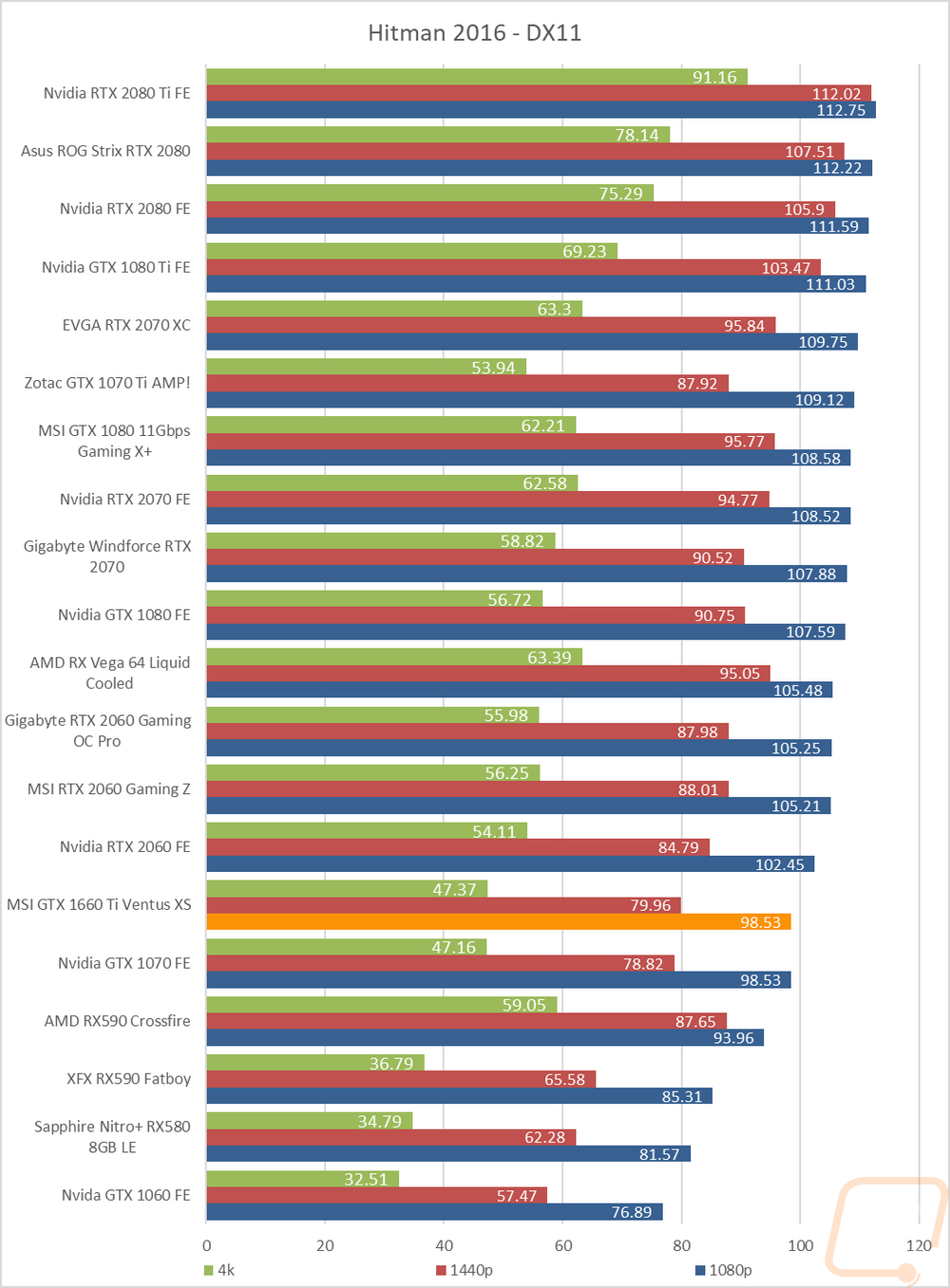 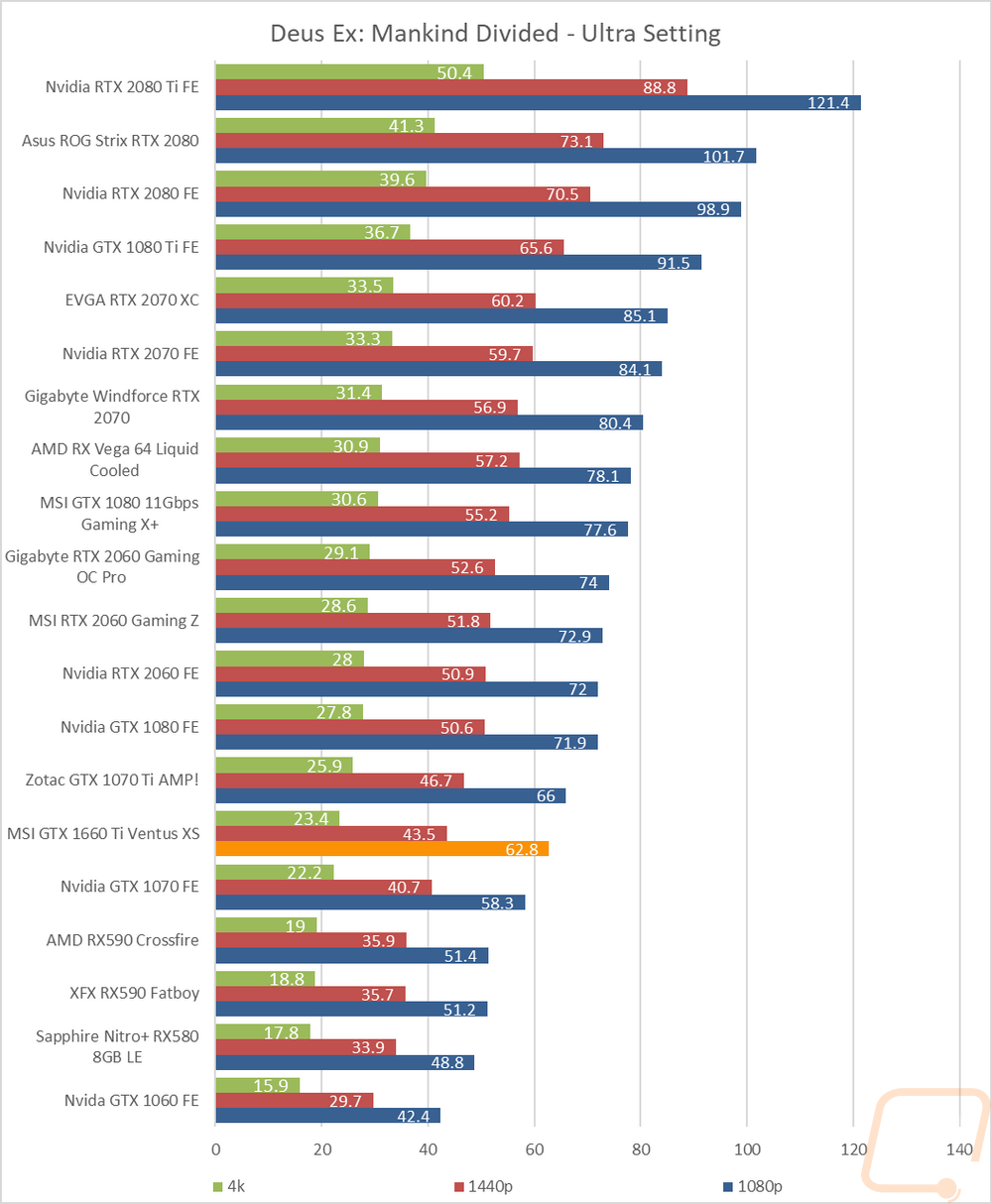 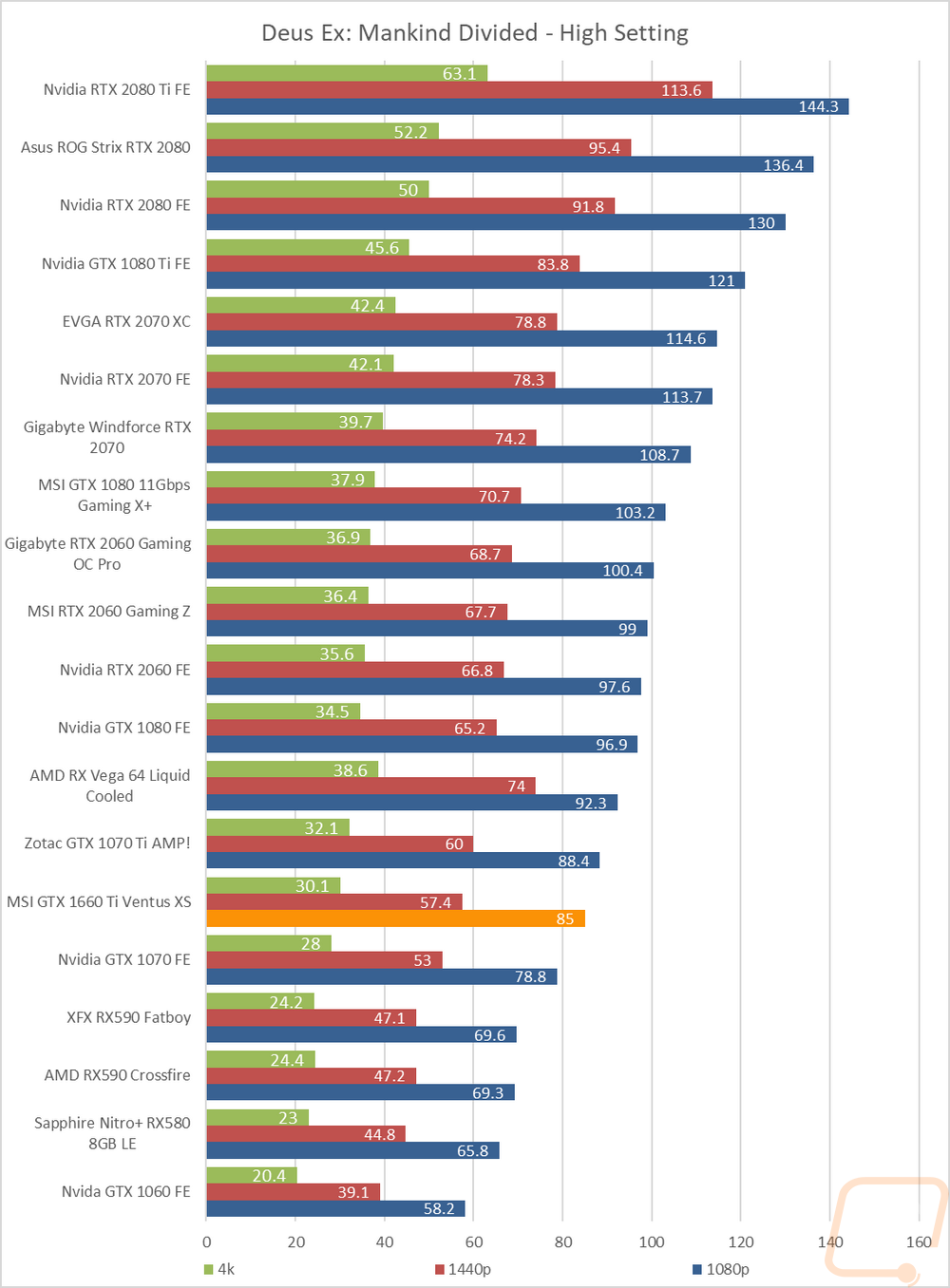 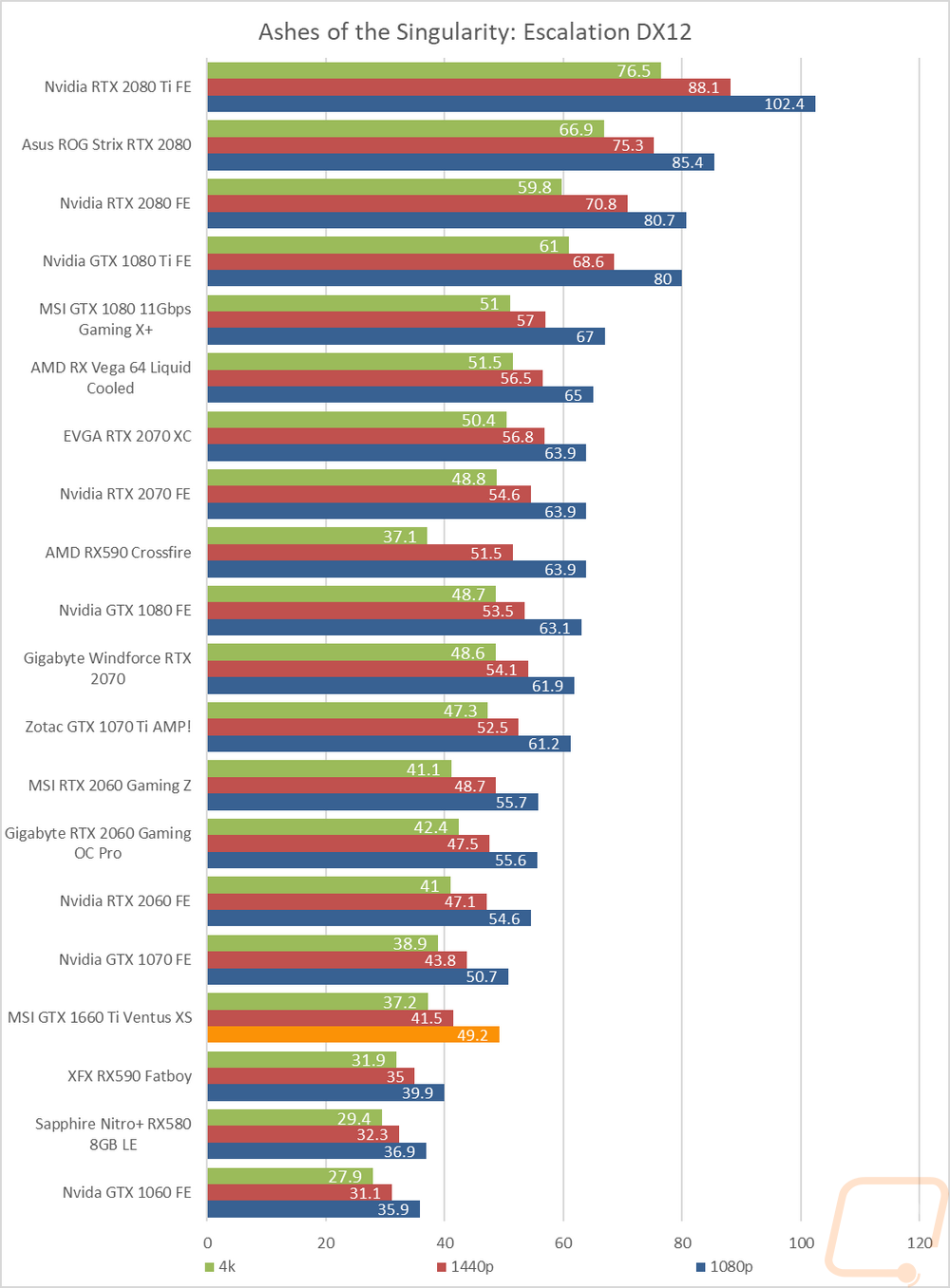 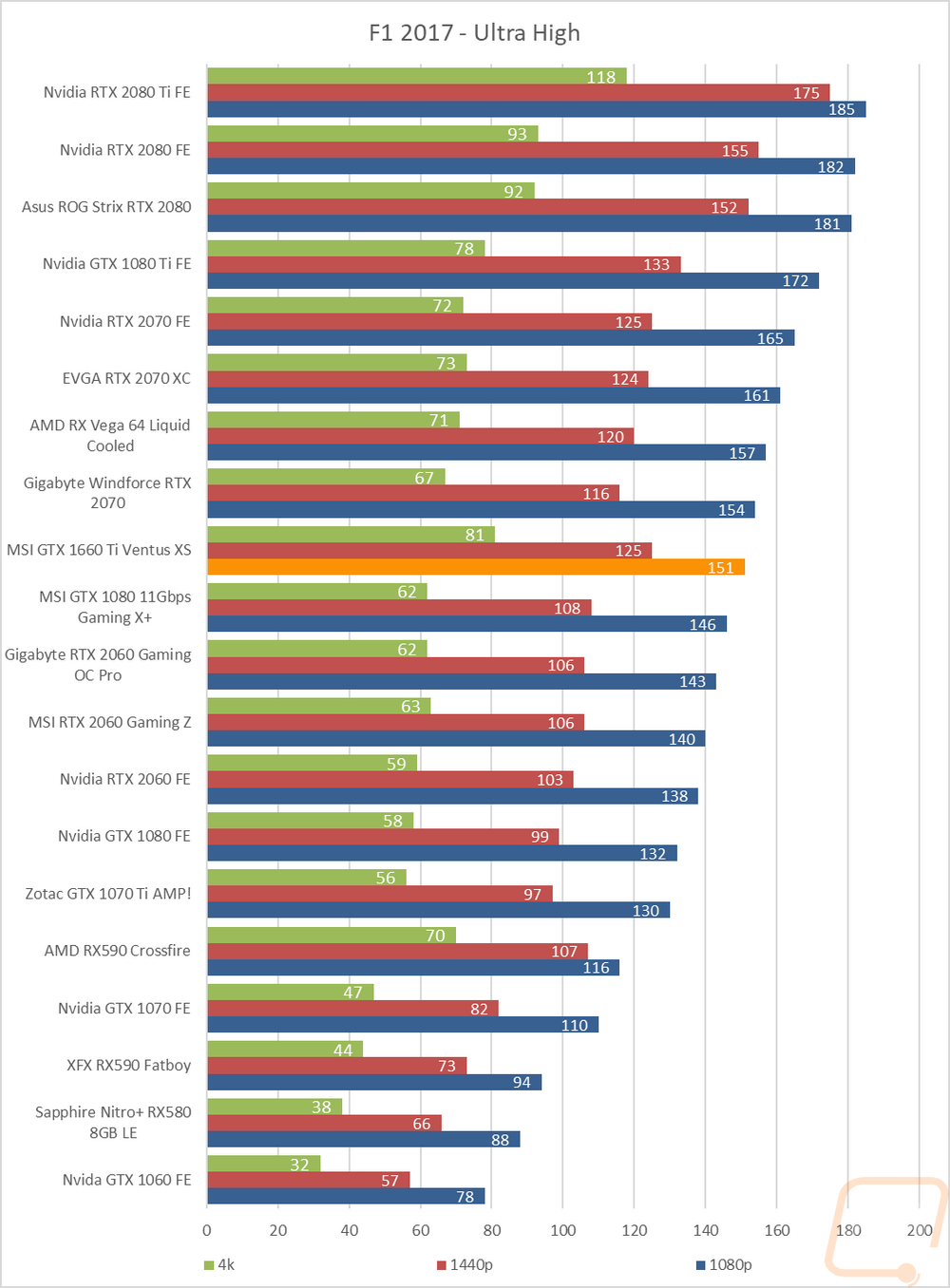 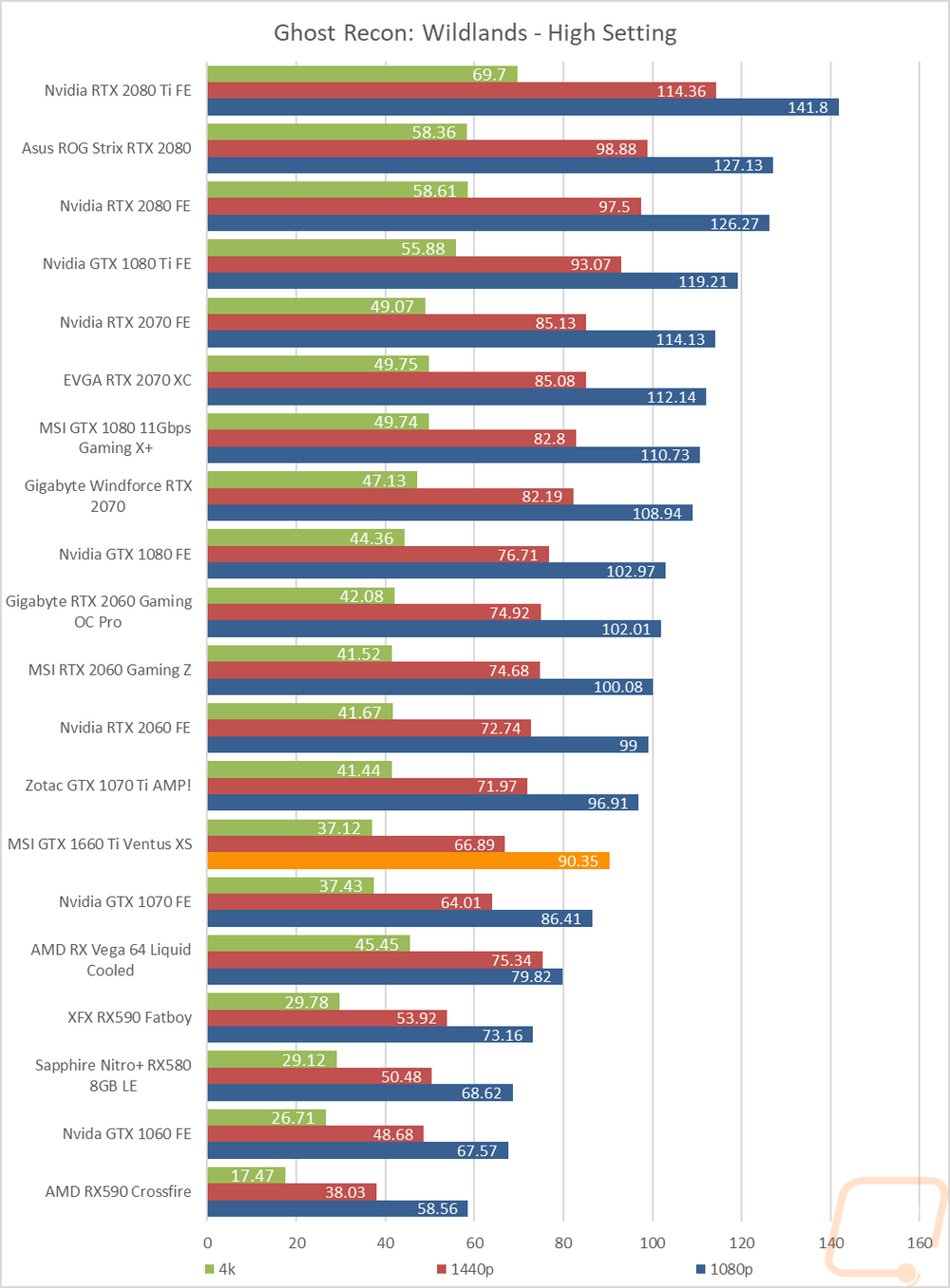 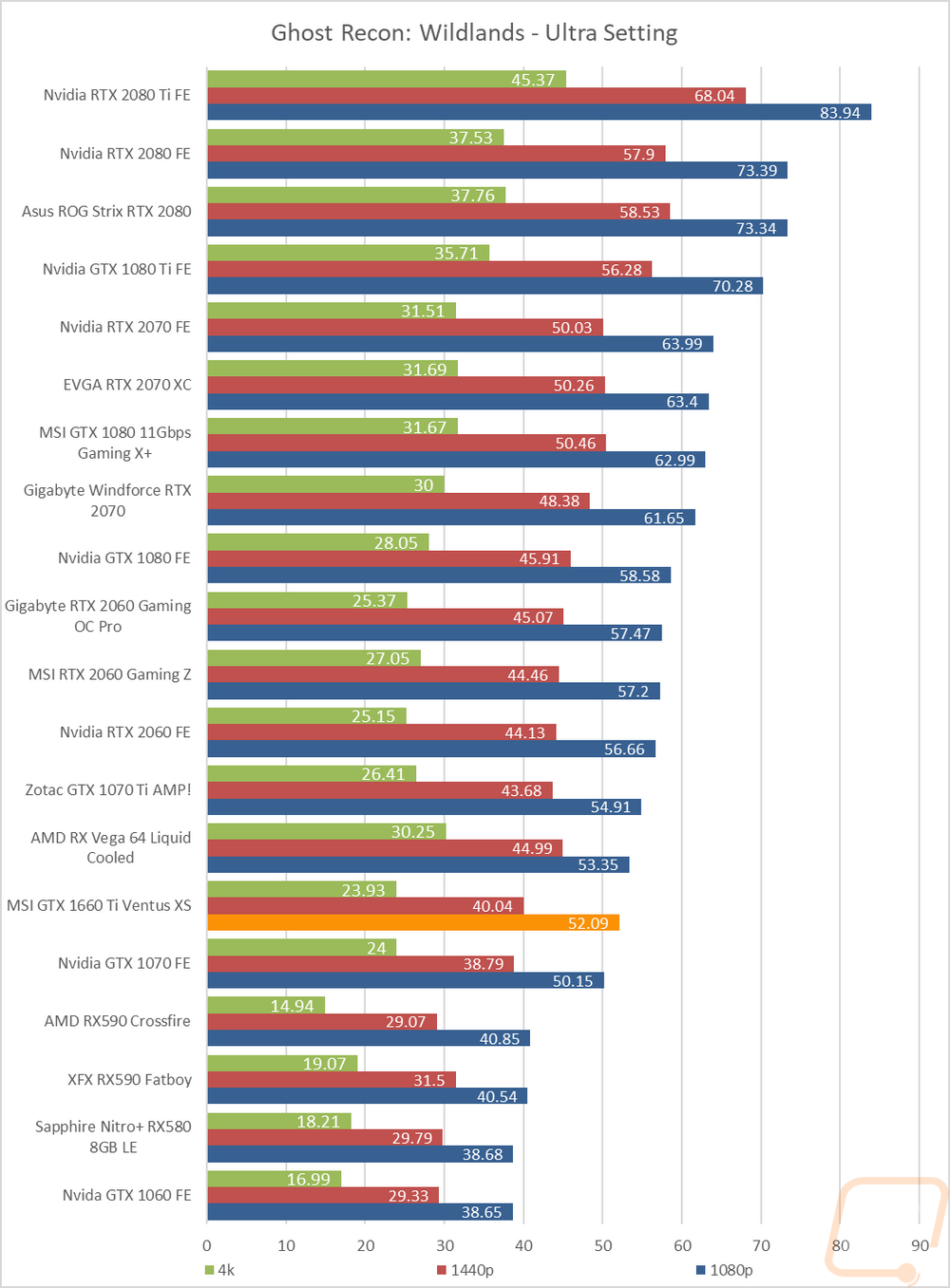 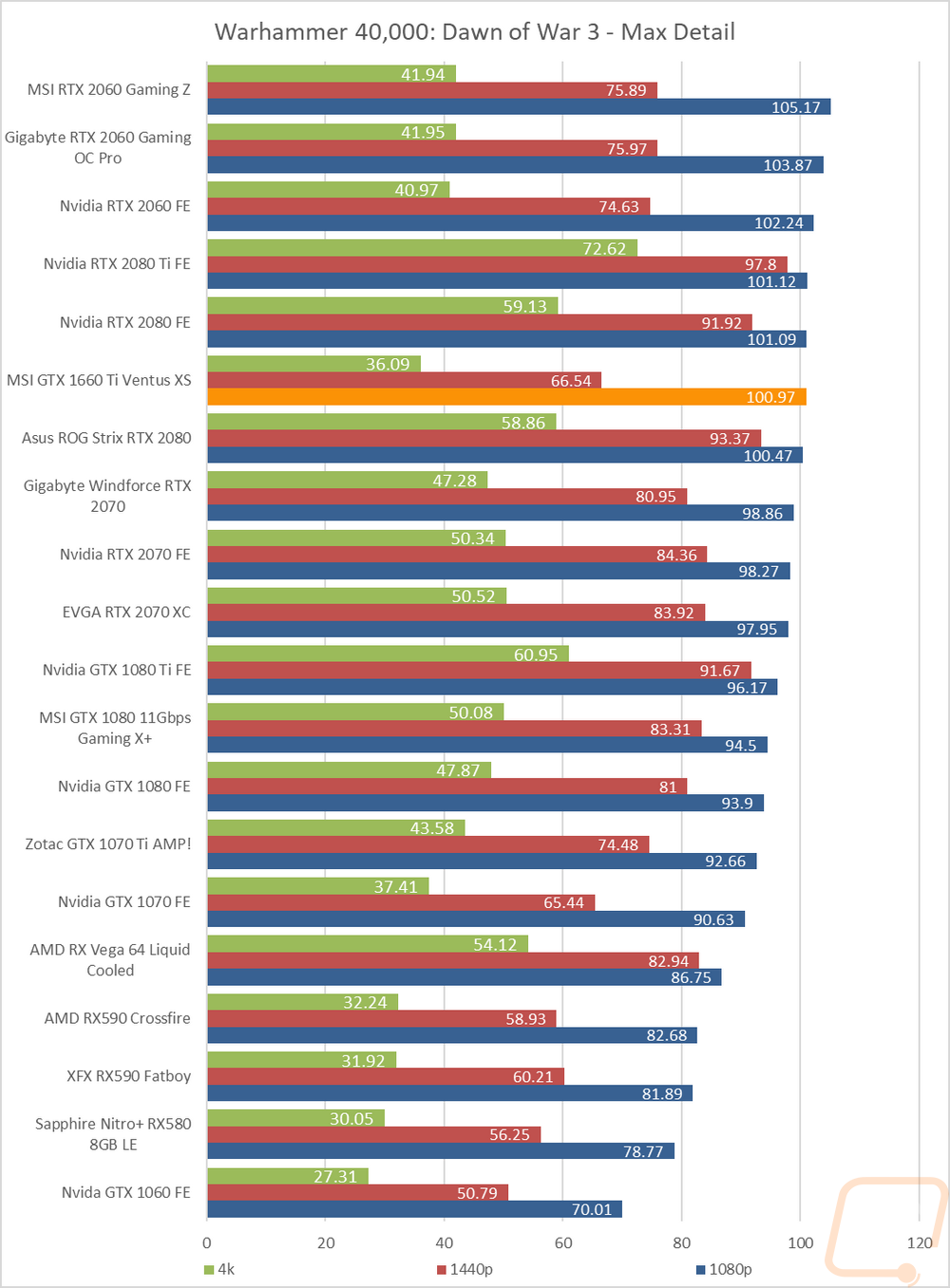 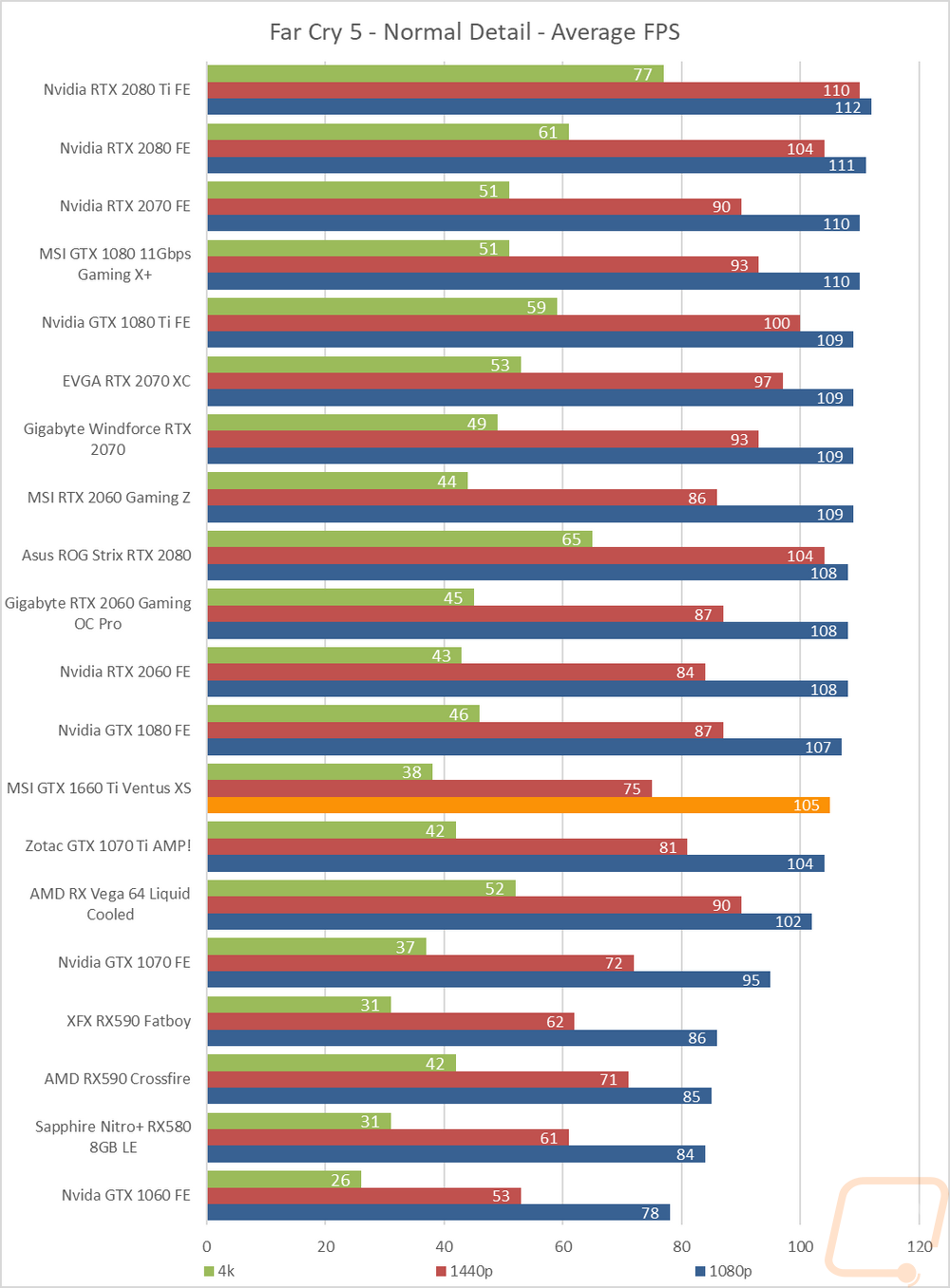 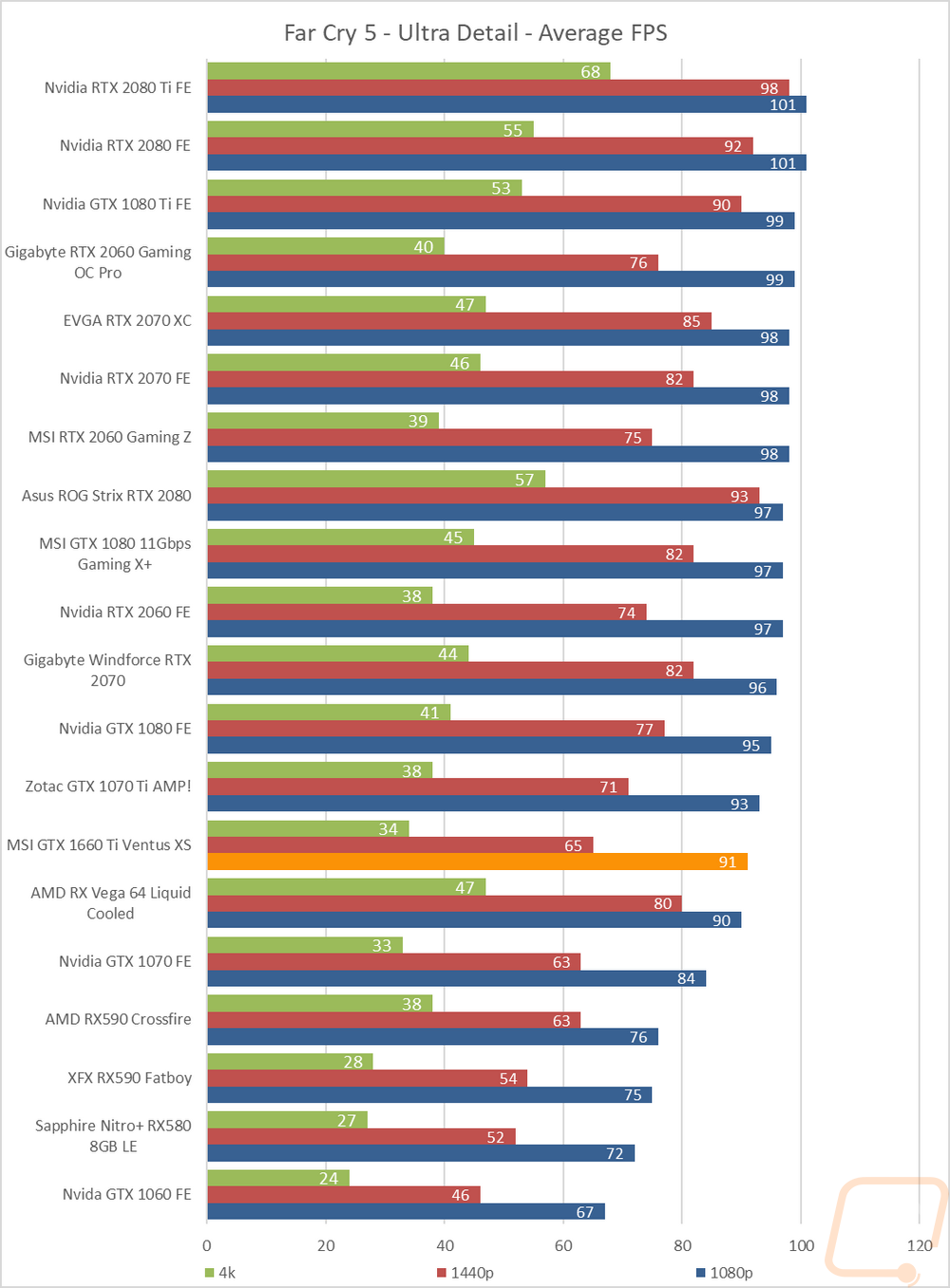 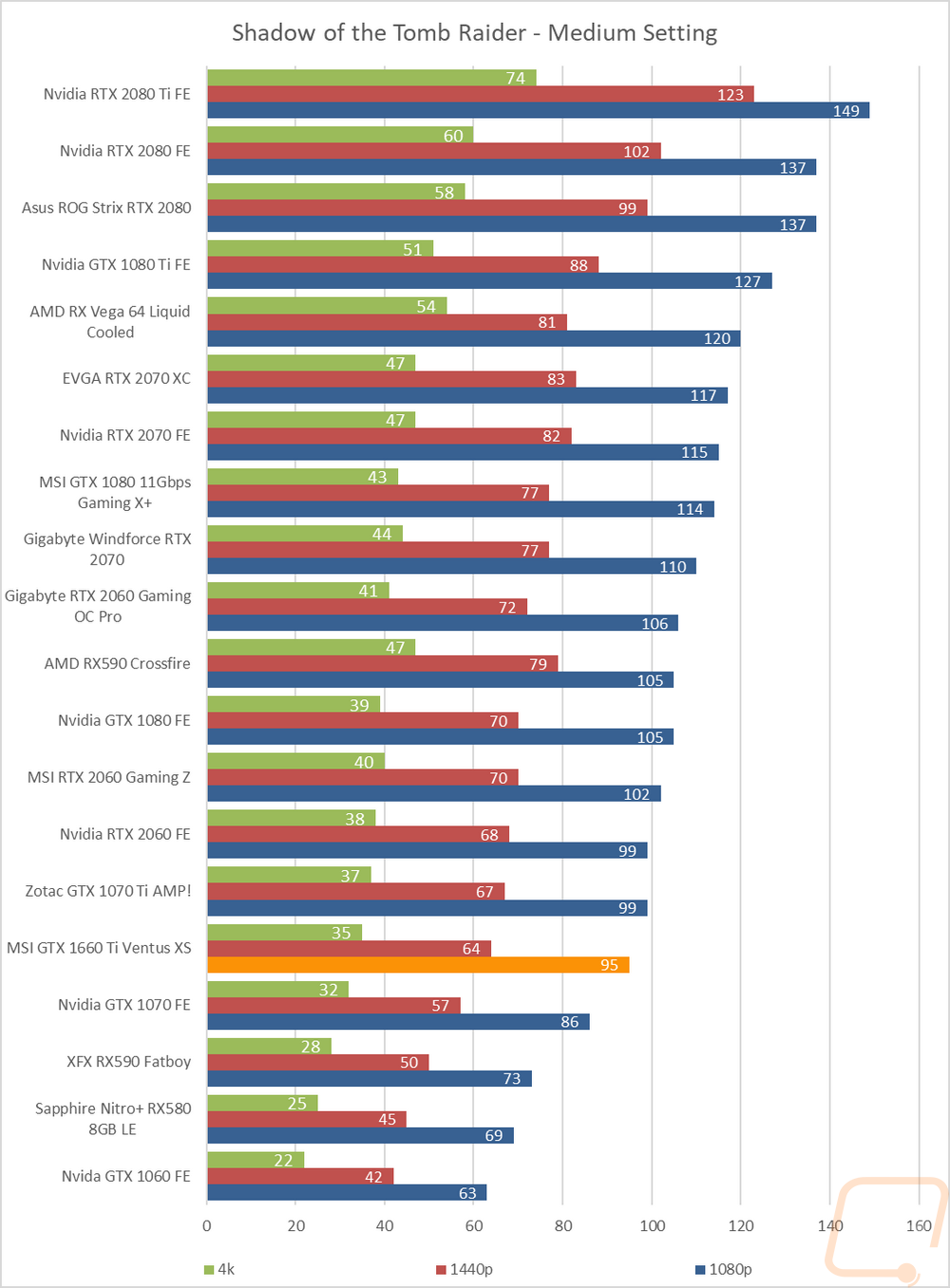 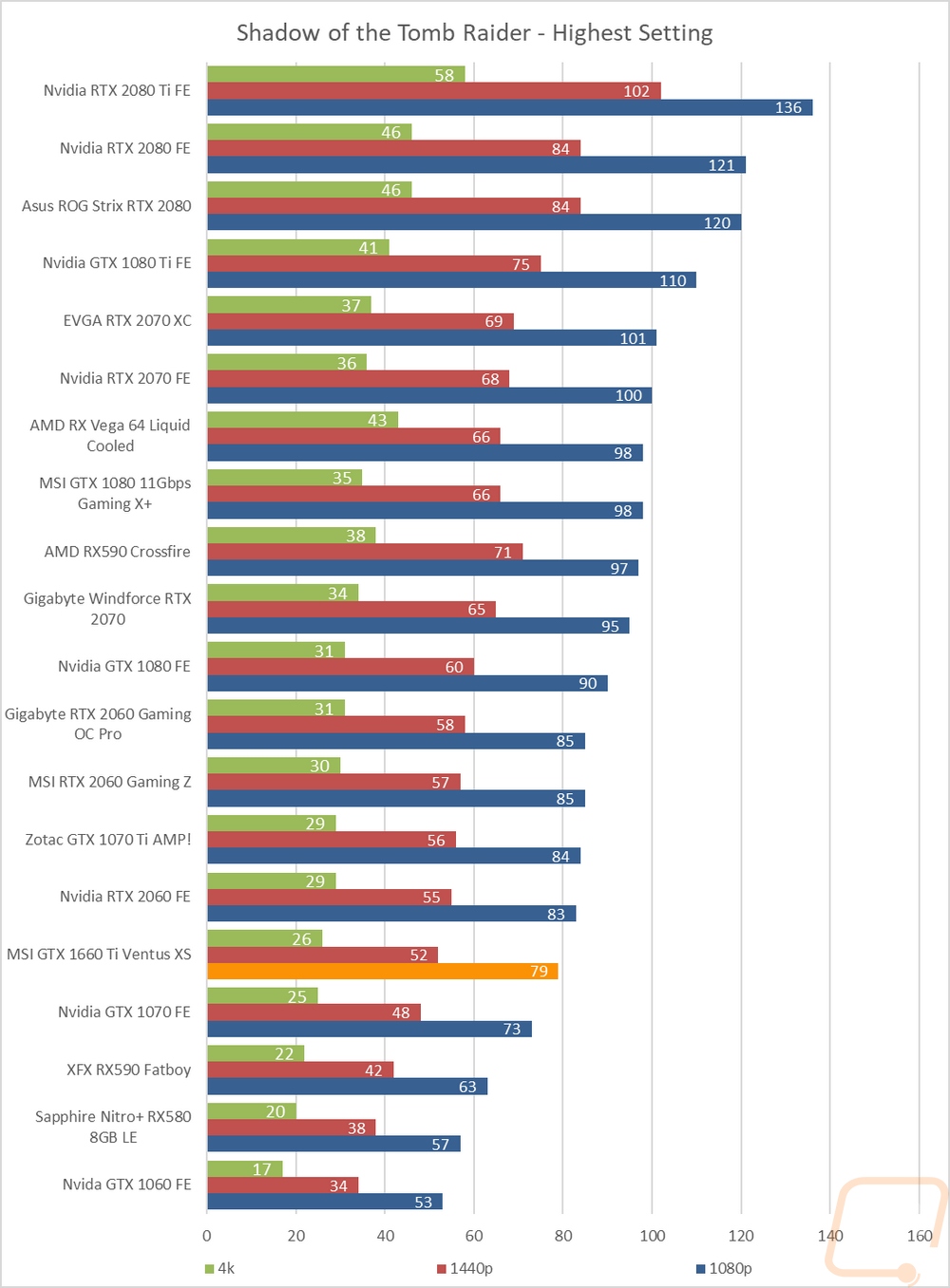 We have 1323 guests and no members online