The controls in the game were not all that surprising. Going into it with even a brief history in first person shooters or even a shooting game in general, a player could easily pick up the controls and hit the ground running. It certainly handles like much more of an arcade shooter than one aiming at realism. The game supports keyboard and mouse obviously, but also other plug and play controllers. I was able to plug in my Xbox controller and use it in game. It’s important to make sure to set up the buttons on your controller as the game will not do it for you, but you can set it as a secondary set of buttons and be able to swap from controller to keyboard and mouse at your leisure. There is also an option in the settings to disable a gamepad so that if you leave one plugged in, you don't accidentally hit buttons on it when using your keyboard and mouse. 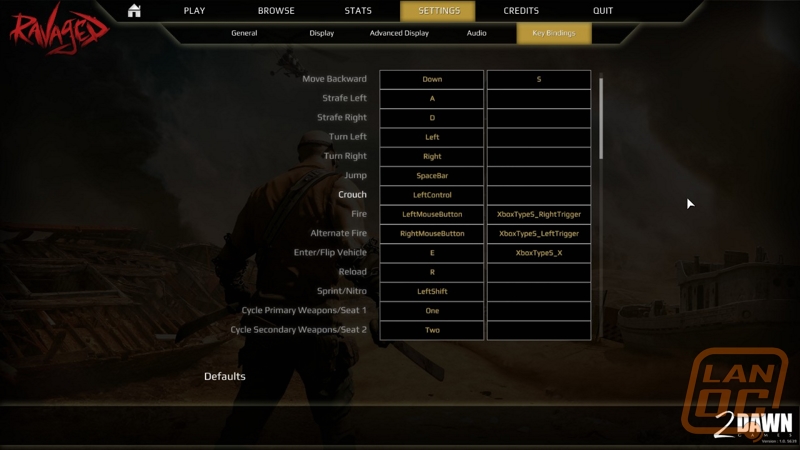 The controls on foot handle well enough, though animations can look kind of weird especially when watching someone else run. On top of the first person options in game, you can also set your camera to third person. This doesn’t help me too much personally, especially since I have a difficulty lining up shots while in third person, I still think it’s cool that the option is there for anyone who might want to play in third person. 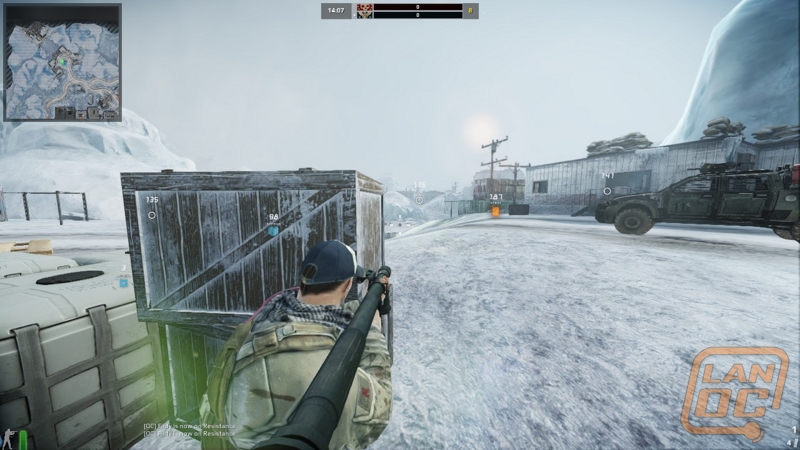 Running around in first person and firing from the hip is easy enough, but doesn’t always give the best accuracy. The problem with this is that when aiming down the iron sights on any gun without a specialized scope, the gun seems to take up half the screen. It becomes incredibly difficult to see anything else important going on in the field of battle. 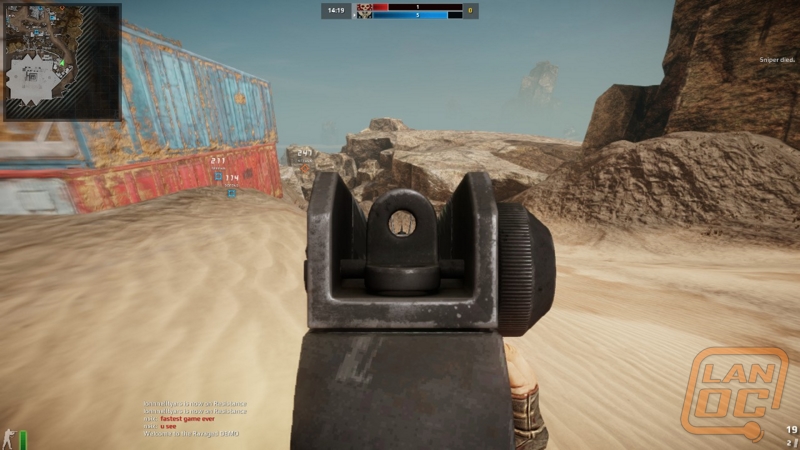 I also find myself constantly getting hung up on the environment or having a hard time jumping over or going around obstacles on the map. This happens from time to time in almost every game, but it happened to me enough in Ravaged that I felt the need to mention it.

The vehicle combat is how I spent most of my time playing. Ferrying flag carriers back and forth, raining down explosives onto the battlefield with helicopters, and racing around the on the quad or trike to get a solo flag capture are the things that make Ravaged exciting. All of the vehicles are steered with the WASD keys by default, but can be adjusted to whatever you wish to use. The ground vehicles feel a bit heavy when you first start playing, but once you are used to the way the vehicles handle they become as easy as any other vehicle to drive. One final point I want to make about the controls is that 2 Dawn added an extra little touch to driving trikes and ATVs. When driving them, you can steer as normal with the WASD keys, or whatever you rebound them too, but you can also lean using the mouse. This allows for tighter turning, or even to lean out of the way of bullets or oncoming RPGs! 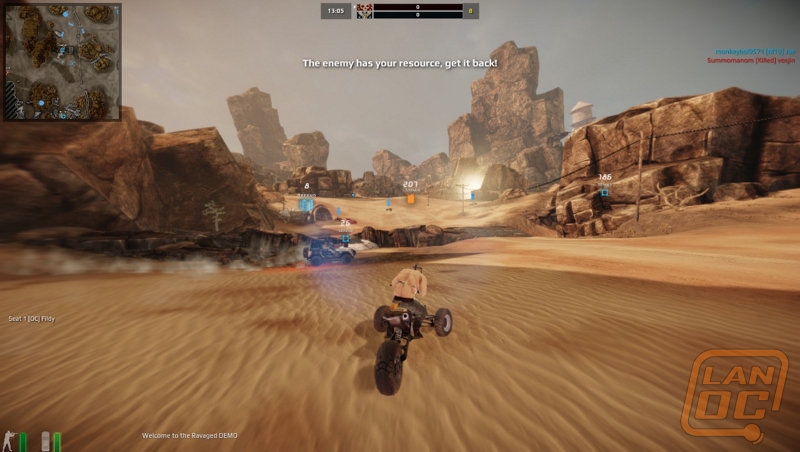 We have 1715 guests and one member online