The game itself is rather good looking. The graphics are nice and they tone down pretty well so that the game looks decent even when on minimum settings. There are plenty of settings to customize the game how you see fit for your PC and setup. My favorite is a setting that 2 Dawn implemented because the fans asked for it (Yay Indie Developers!). There is a field of view slider in the settings that allows you to adjust your field of view to whatever is most comfortable for you. 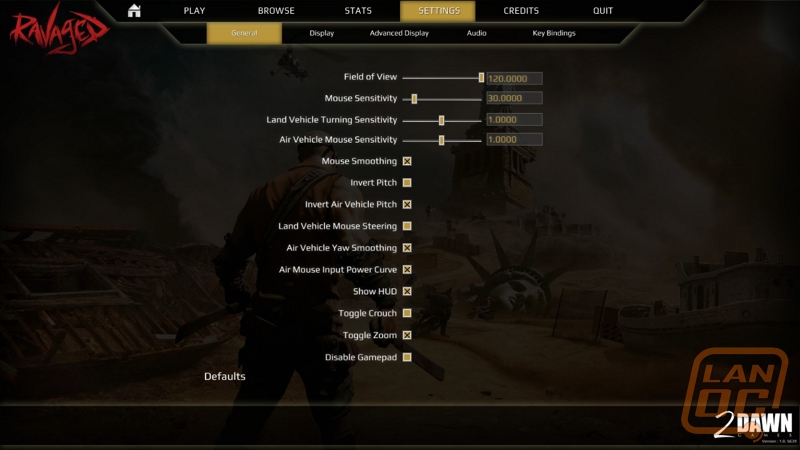 The maps all are rather unique and visually appealing which important when you are going to be seeing the same scenery over and over again as you will in an online only game. Most maps however had tons of lens flare from the sun and at times it seemed excessive and difficult to see what was going on. One map in particular grabbed my attention as it was a beach with a smashed statue of liberty scattered throughout the map. It really gave me the post-apocalyptic vibe that the game was going for and was probably the most enjoyable for me, although not the most popular for the servers. 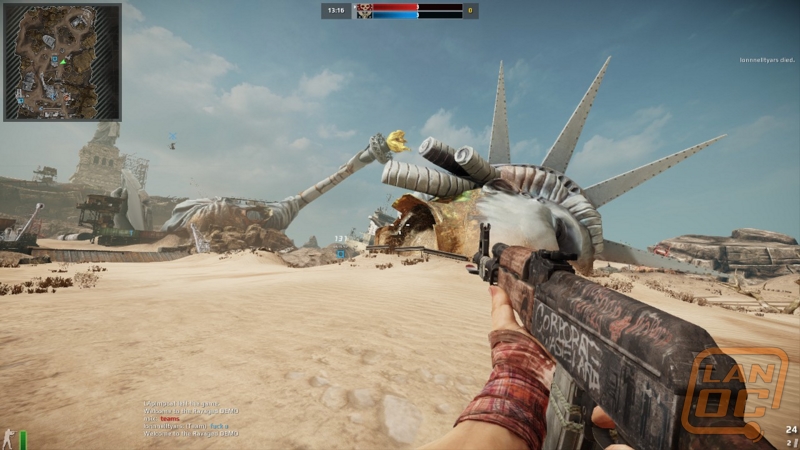 The audio I would have to say was decent at best. There wasn’t really too much about it that I felt was special. The sound effects all seemed to be a bit dull, and I often found myself in a situation where I would have rather listened to music than the in game sound. This is somewhat unsatisfying because when I play something, I want to be totally immersed in the world. Also, there was a repeating beeping sound that would go off any time before you were about to respawn, or before the match started and right before it ended. I found the beeping to be quite annoying after a while and couldn’t find a way to turn it off in the settings.

We have 1839 guests and one member online