Borderlands. While most people know what the game is now, not many had heard of it before its release in 2009. It quickly became a smash hit and a household name with its clever writing, enjoyable gameplay, and its bazillion guns. With the sequel launching on September 18th this year, I saw my entire Steam friends list switch to Borderlands 2 only moments after its launch. Gearbox has done it again, I have only managed to quit playing the game long enough to write this review.

Screenshots By: Brennon and Wes

Borderlands 2 takes place five years after the events of the first Borderlands game. The original vault hunters successfully opened the vault, and there was much more to it than met the eye. In the years since, an element known as Eridium has started sprouting up around Pandora. This element gives great power to both individuals and weapons, and with that it has attracted the attention of the Hyperion Corporation. 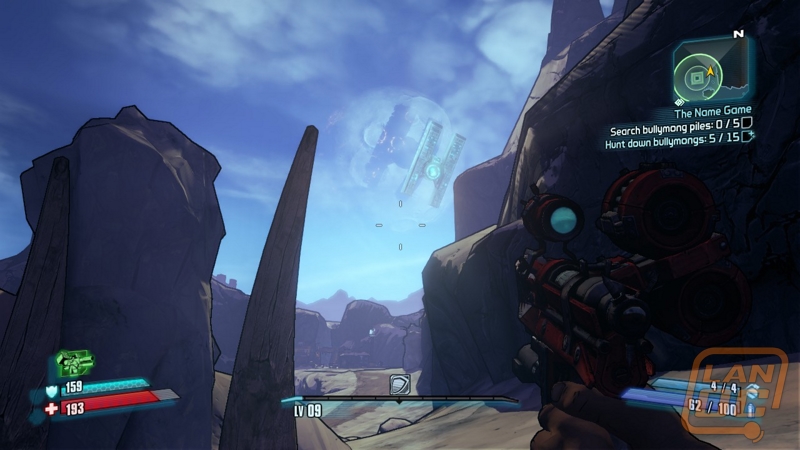 Within minutes of the game, the Hyperion leader known as Handsome Jack leaves the new vault hunters for dead after blowing up the train that they were on. The new vault hunters are rescued by a Claptrap unit that happens to be much more annoying than our friend from the first game. After getting back on their feet, the new vault hunter starts on their quest that will lead them to meet old friends, new enemies, and a bigger and more legendary vault.

We have 1281 guests and one member online