As I said before Ravaged is a classed based first person shooter. This means that you choose your character or class and fight on the battlefield accordingly. Each team has a heavy weapons specialist, explosives expert, sniper, light machine gunner, and a soldier. The weapon loadouts are somewhat customizable but the roles typically remain the same, you cannot gear your sniper as such that he becomes a run and gun type of soldier. 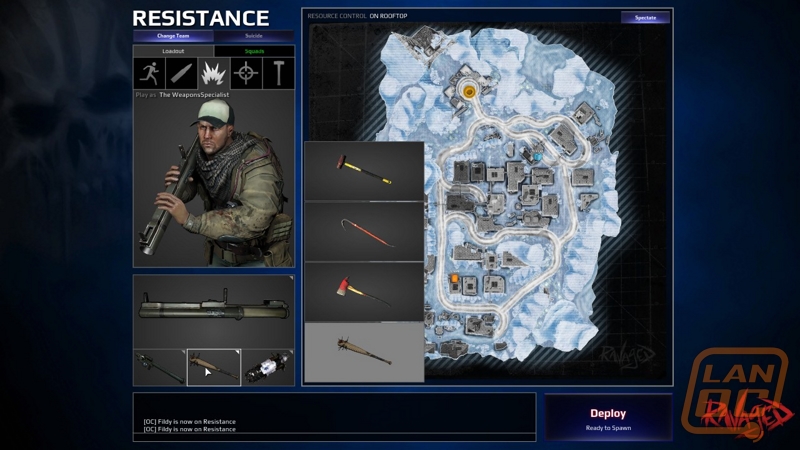 The other half of Ravaged is the vehicular combat. In my opinion, the vehicular combat is very fun and overall done very well. There is a wide range of vehicles and they all server different functions. There are pure transport vehicles such as the ATV and the trike that are designed to get you from point A to point B in the least amount of time possible.  These vehicles, while swift, provide no armor to shield you in the heat of battle. There are also a few vehicles that are designed as team transport vehicles. Each has 3 seats, one for the driver, one for the passenger, and a final for the gunner of the mounted gun. The passenger can also shoot, but only the weapon that they would normally carry on the battlefield. These vehicles have a little less speed, but more protection in both the mounted gun, and overall armor. 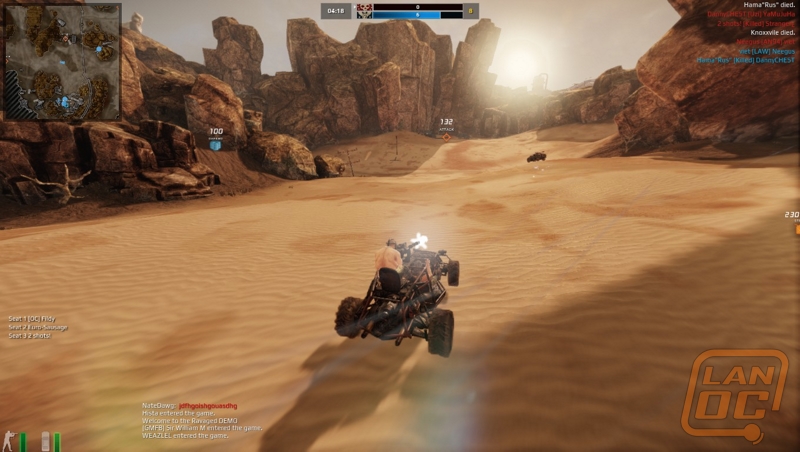 The final of the ground vehicles is this game’s tank equivalent; a very well armored, incredibly slow and hard to maneuver fist full of boomstick. It is the sole purpose of this vehicle to remove all other vehicles from the field of combat. The final vehicle is one that doesn’t spend much time in the field of battle, but one that is well accustomed to the air above it. I am talking about the helicopter. The helicopters in this game are single man vehicles and can maneuver quiet well (with the right pilot, I.E. not myself) and rain down a hail of explosive fire onto the field below. The helicopter can be flown in both first and third person which I find very helpful because I have always had a hard time manuveuring vehicles in first person mode. 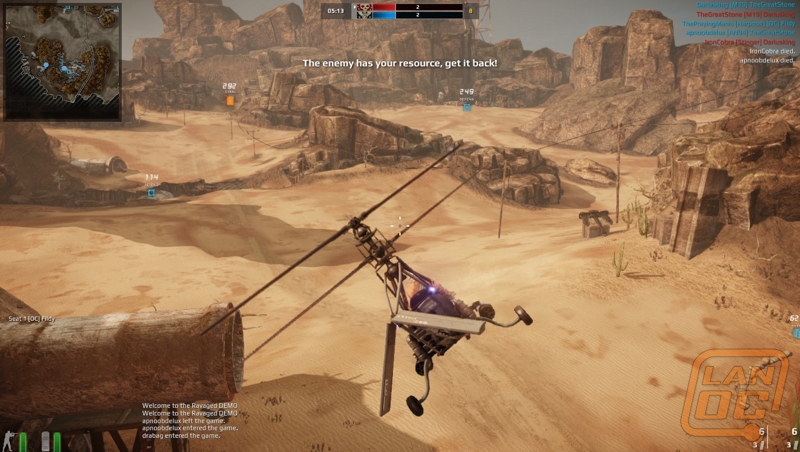 There are three different game modes from what I have seen, and they all seem to be your typical run of the mill first person shooter modes. You have a king of the hill, where the team who holds the point for the most time wins. There is a capture the flag mode, which seems to have a few variations, and lastly there is your standard team deathmatch. All of the modes incorporate the vehicles, which is a bit annoying because the vehicles in Ravaged do seem to be a bit overpowered when compared to their infantry counterpart. It’s not so much of an issue, because there always seems to be a vehicle in spawn to put you back on even footing with everyone who may already have one. The only problem is that the constant need for a vehicle seems to put a “saddle up or die” mentality in the game and completely removes the want or need to participate in infantry battles. This is balanced somewhat with the idea that vehicles cannot capture points, to do so you must be on foot.

The very first thing I check when I play an online only game is the status of the servers, how many are online, what type of game modes and maps are they running, and where are they based. This is one area where Ravaged is severely lacking, at first look, not much more than a week after launch it appears that there are only a few servers running, none of which are even full. The servers that are up and populated all seem to be running the capture the flag mode, and on the same two maps. Even more bothersome than that is the fact that two of the three best servers are actually demo servers. 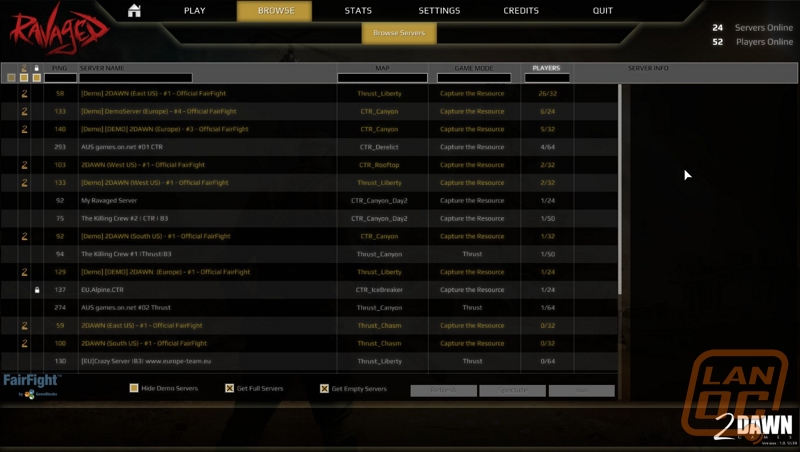 These servers are hosted by 2 Dawn for users who have only downloaded the demo client. Because of the status of these servers as demo servers, the maps and game types are severely restricted. None of this is good news for an online only game. Without a solid player base, or even enough interested in dedicated servers, the game will not survive. If it does survive it is only going to survive until 2 Dawn decides to shut down their servers which seem to dominate most of the server browser.

We have 1714 guests and one member online