Noctua was actually AMD's launch partner, when Ryzen 7 launched Noctua heatsinks with AM4 brackets were included. So it wasn’t a big surprise that they had a good selection of AM4 compatible coolers when looking at ITX form factor coolers. After speaking with them, they ended up sending over three coolers and two AM4 bracket kits. Two of the coolers we have used and are still using on past LAN rigs but the D9L. I originally was going to have them send the NH-U9S that I’m using in my relatively small Crush build but the D9L was interesting so I’m excited to check it out.

I started off with the D9L. It shipped with the normal goodies that Noctua includes. You get a screwdriver, a full tube of thermal paste and a few different brackets. I needed to use the AM4 bracket kit they sent though. The D9L was a little different than the U9S even though they both have the same 95mm fan. The D9L is 3U compatible for server height and at 110mm it is the tallest cooler I’m checking out today but I do think it will fit in some SFF ITX cases where other tower coolers wouldn’t so I included it. They went with two towers with four heatpipes running between them and over the top of the CPU. Then to keep the height down the fan drops all the way down to the CPU block. They could have gone with an 80mm fan but this larger fan gets the same airflow with a little less noise. The bottom has a decent reflection in it and it uses traditional Noctua mounting solutions so you can expect free upgrades for just about ever. 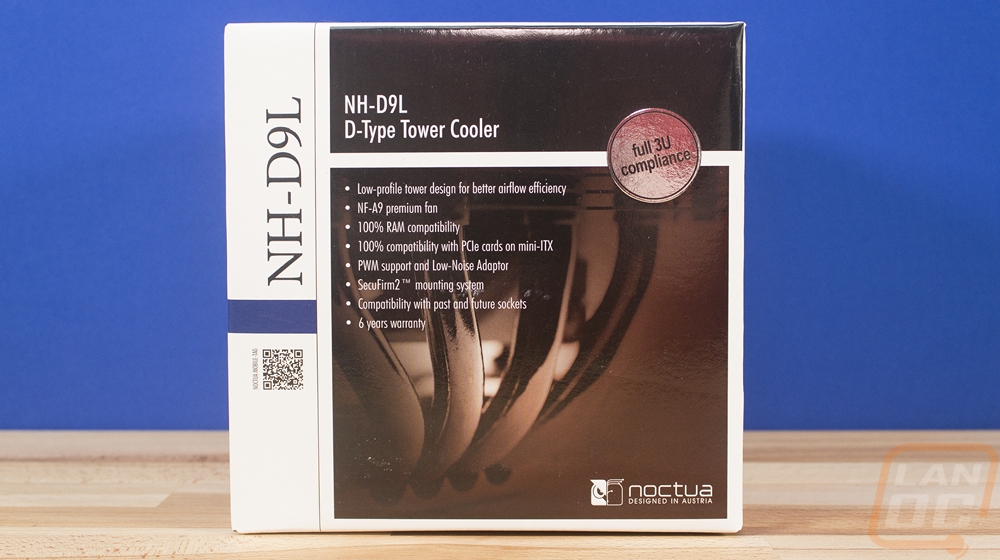 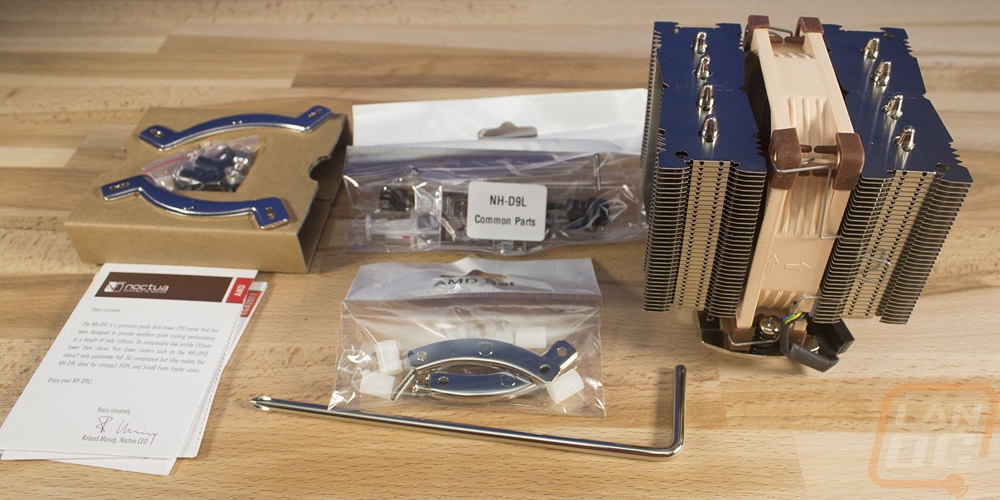 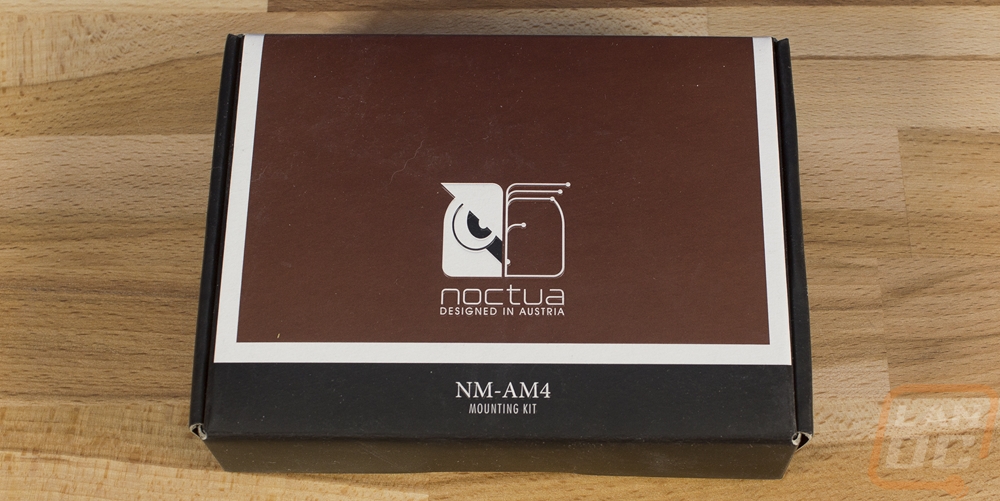 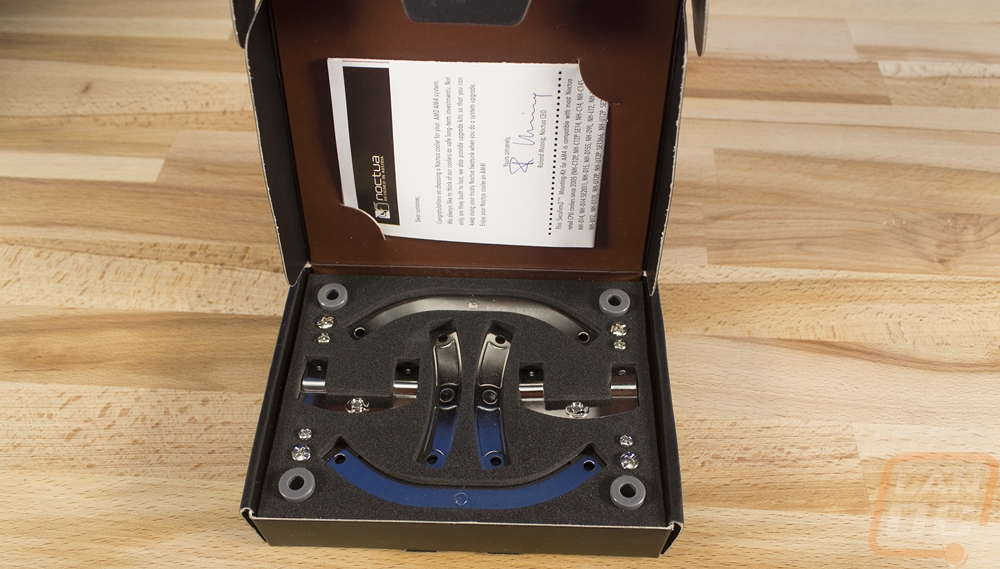 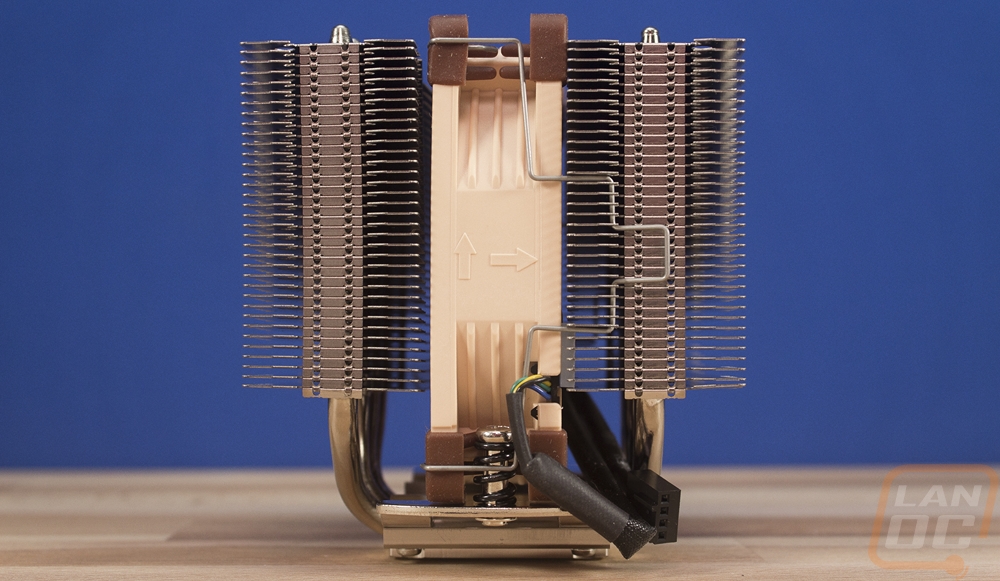 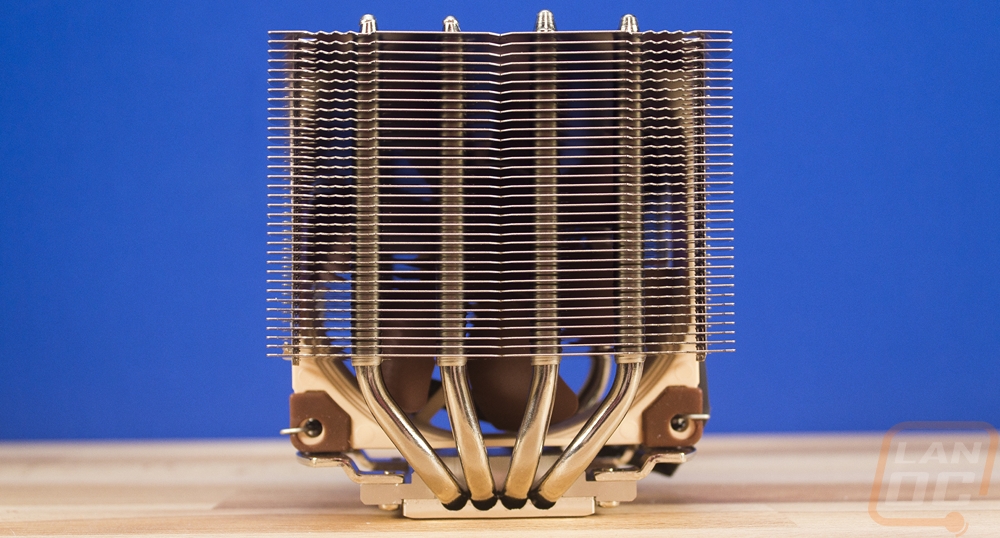 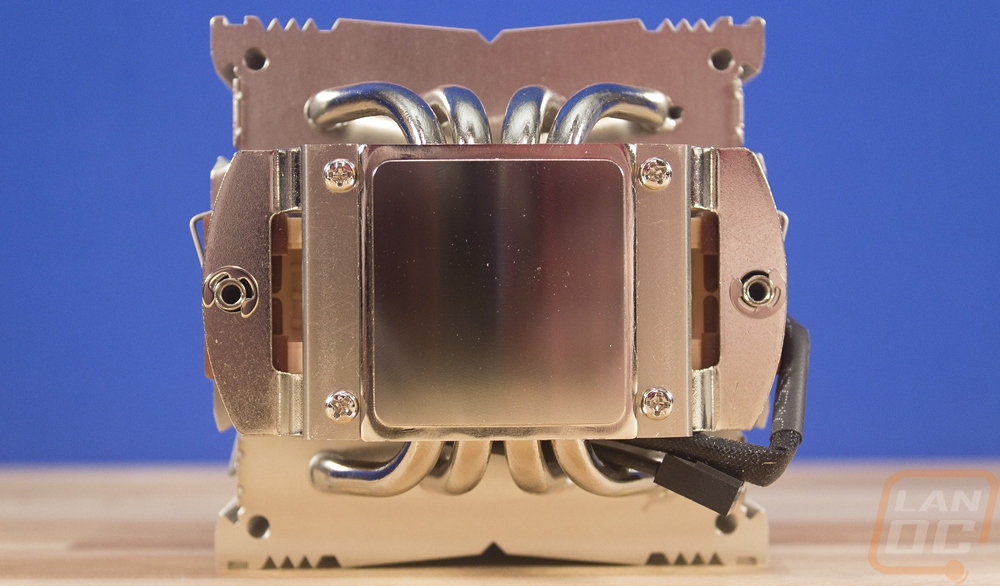 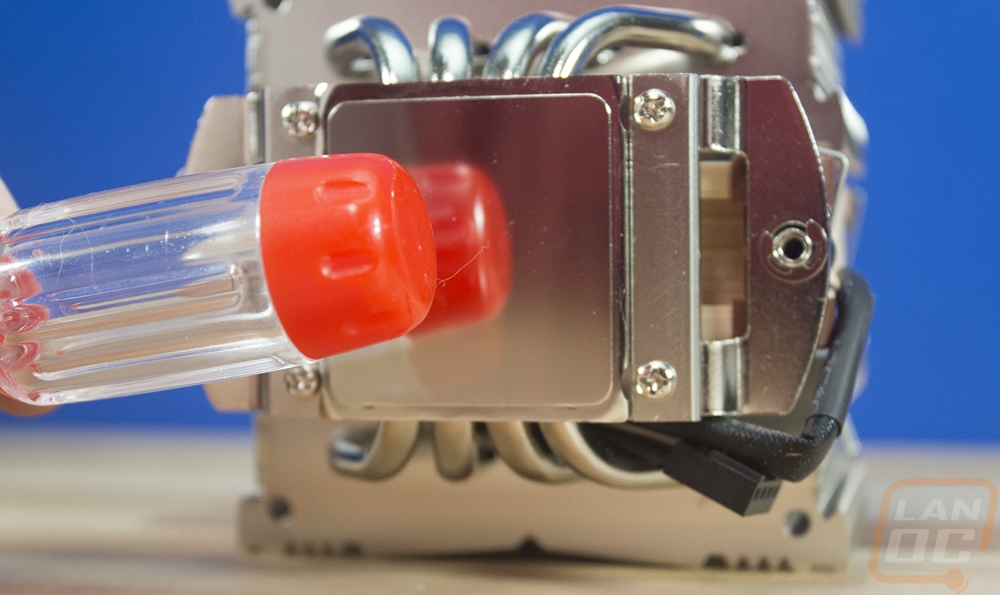 Installed it does clear the RAM and allow for full height memory. Being a tower cooler it does still stick up over the motherboard a lot. I didn’t have the fan pushed all the way down in the picture though, it is a little shorter when it is all the way down. 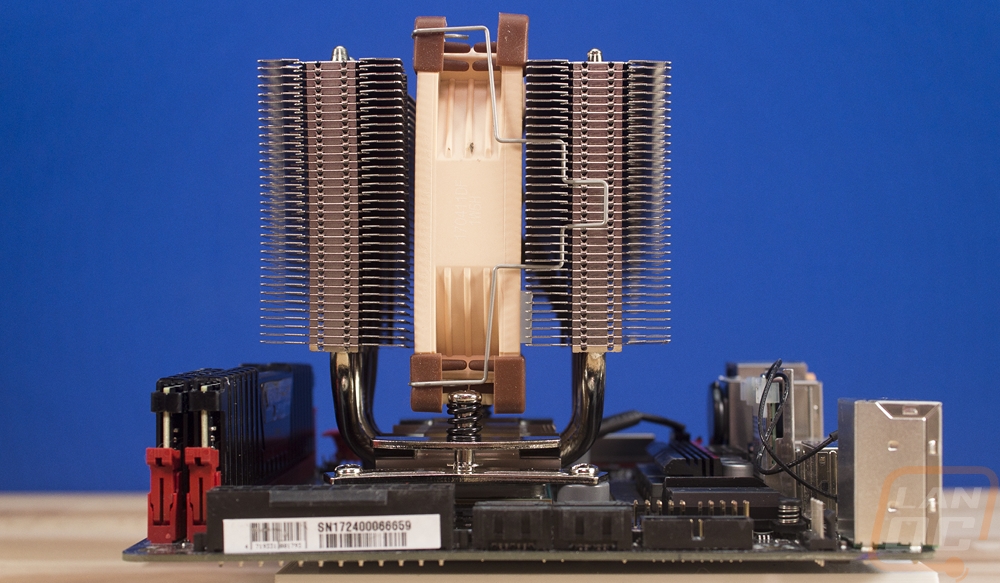 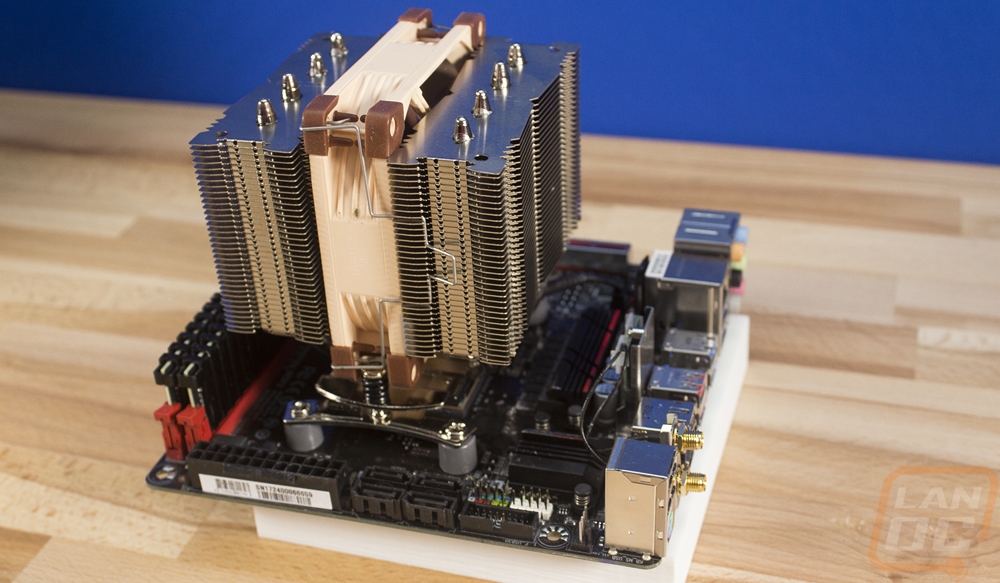 So the L9x65 is unique in that it comes in a special AM4 edition right from Noctua so you won’t have to worry about getting the bracket with this cooler. Once again you get the screw driver and a tube of thermal paste but being the AM4 edition you don’t get the other brackets so keep that in mind. This one also uses a 95mm fan but the fan is a thinner lower profile model and it is pointed down on to the heatsink. They have 4 heatpipes again here, but they are split up with two going one direction and the other two going the other direction. Pulling the heat up into the mean of the heatsink. As the name implies it has a 65mm height and there are cutouts in the heatsink for the two mounting screws. I tested and reviewed this cooler a while back on Intel as well. 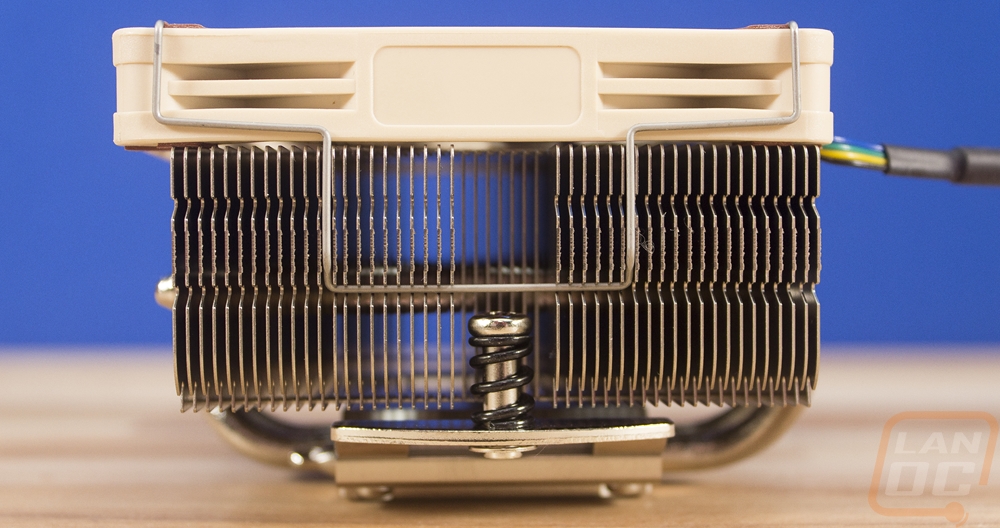 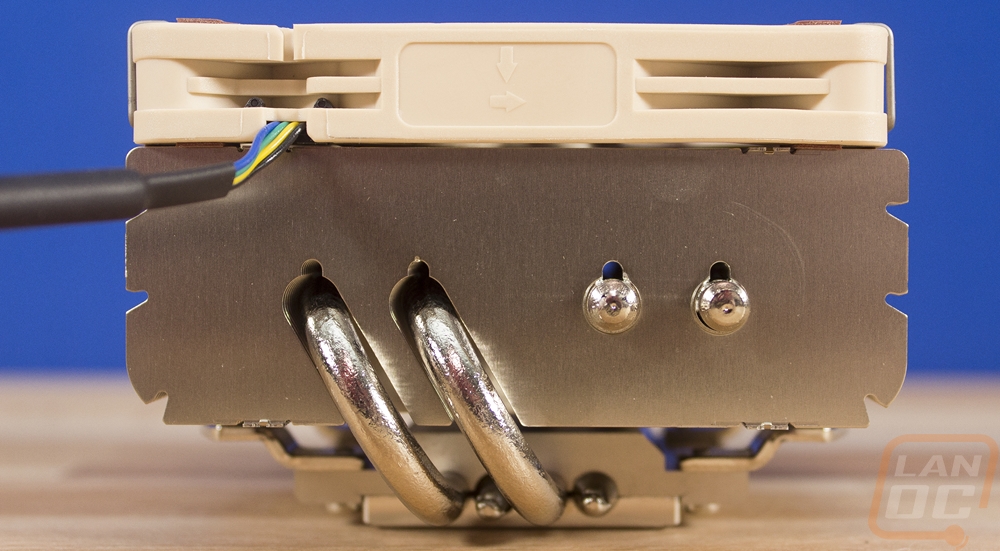 As always the Noctua color scheme is a love or hate thing and unlike the D9L, this model has the fan facing up so you are more likely to see it as well. For our Lunchbox 4 build, I even designed and 3d printed a cover for ours to help match it to our build. Here is a link. 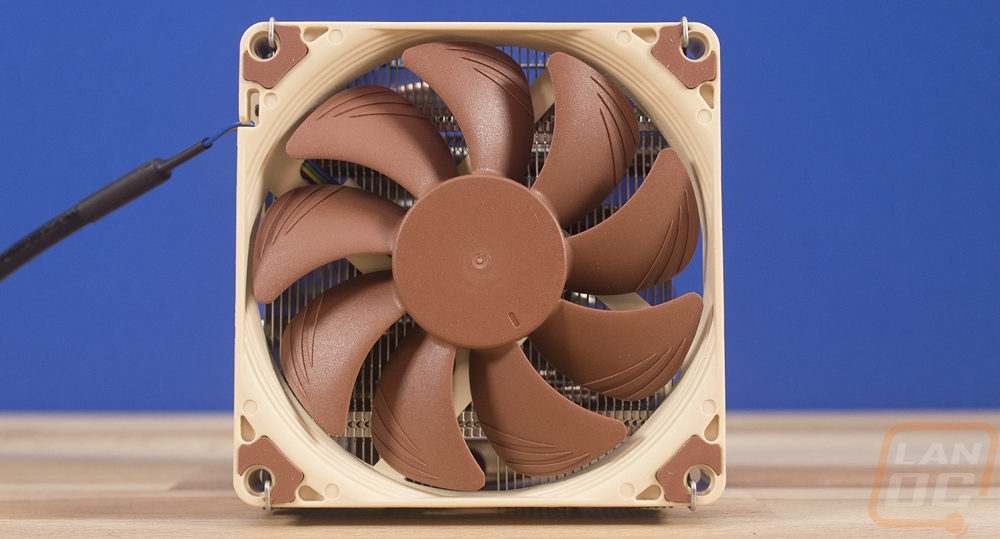 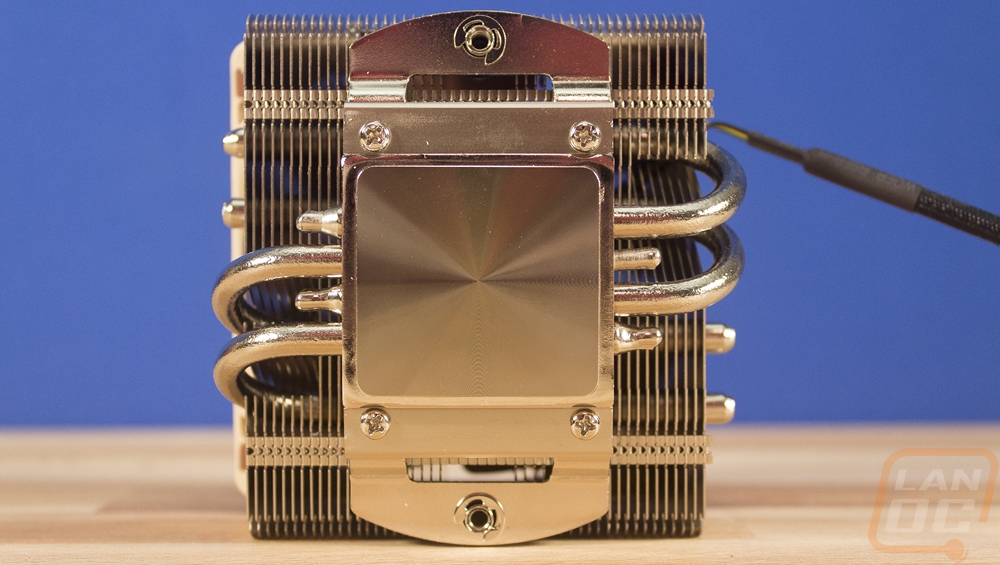 Installed we can see that the fan does hang over a little bit. They did this to not have the heatpipes sticking out any more than the fan. It has no overhangs so clearance around it is perfect as well.

The last and smallest cooler I’m testing is the NH-L9a. L being for low profile and the a meaning this is an AMD model. The Intel model would also work in this situation because you have to use the AM4 bracket kit for this to work on Ryzen anyhow. While there aren’t the normal bags of brackets for this one, you do still get a tube of thermal paste along with Noctua’s awesome case badge. The AM4 kit gets you all of the mounting hardware, the backplate, four screws, and the brackets for the cooler. At 37mm this thing is extremely tiny. When you check out the side profile it is even more interesting to see that the fan, while thin, is still almost as thick as the heatsink. Noctua went all out on the overall finish here with a nice chrome finish all over. The heatpipes are completely hidden with just ends poking out on the one end from them. The bottom brackets mount right to the cooler and then through the board and backplate so it is all very efficient. 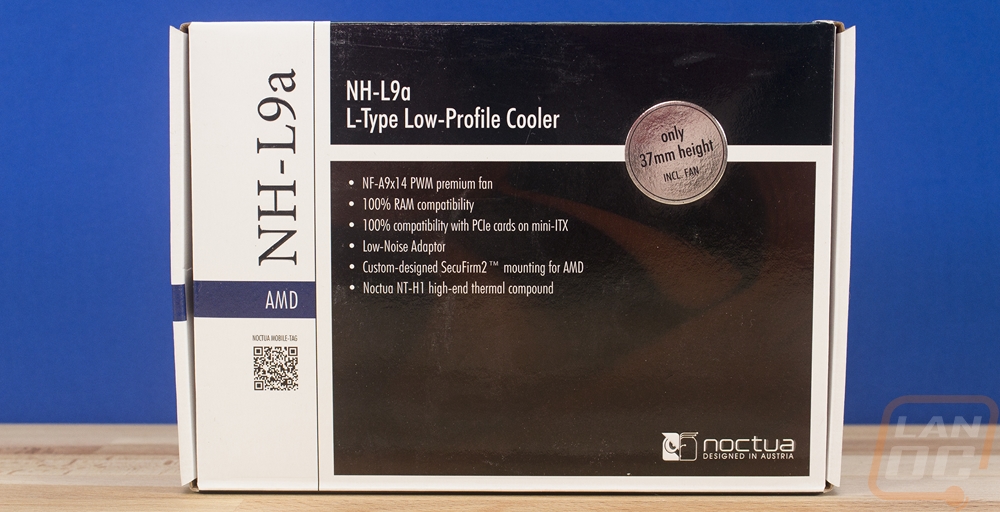 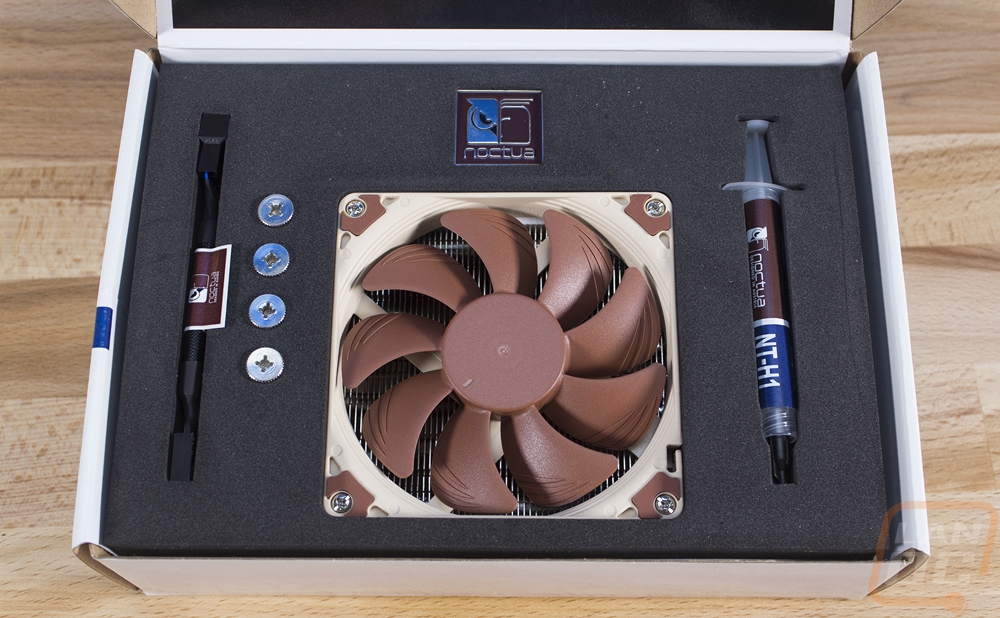 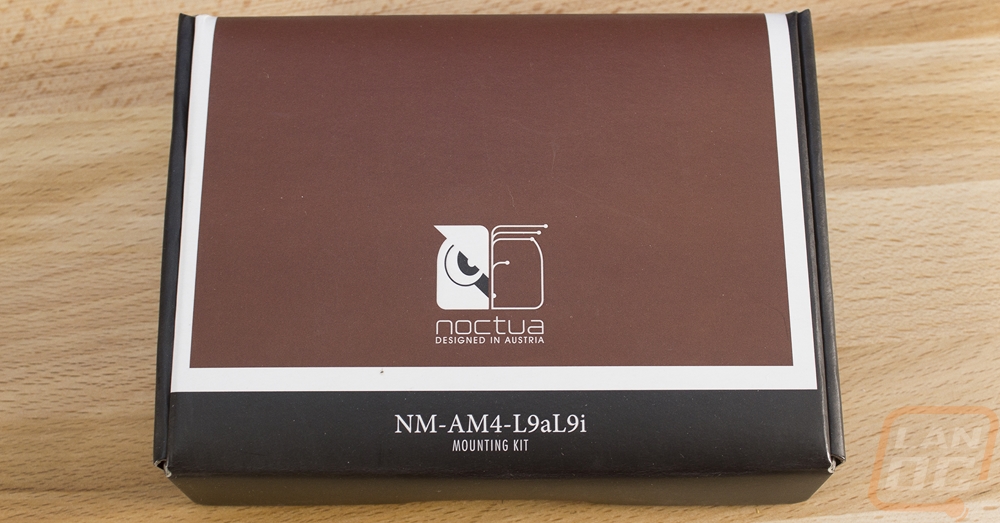 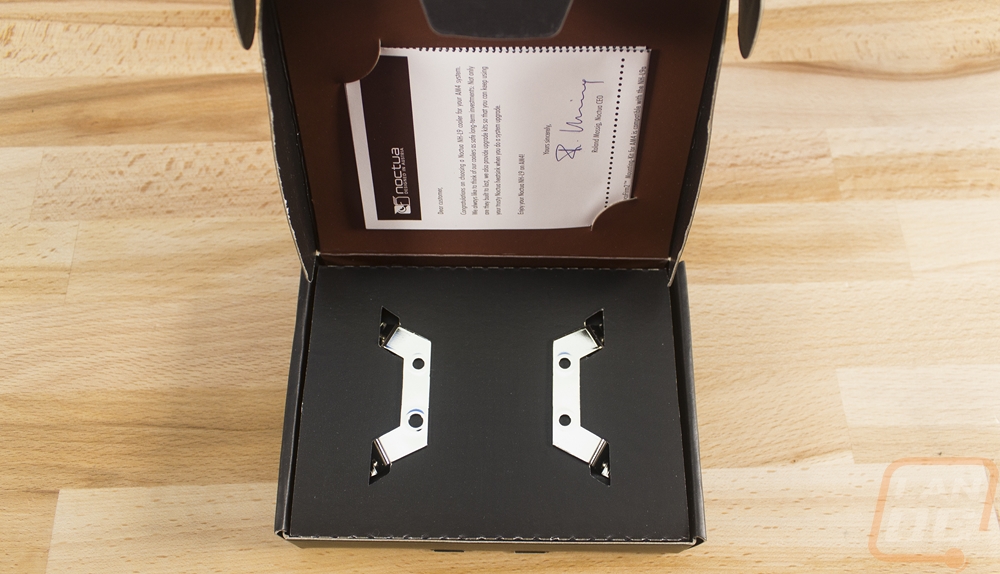 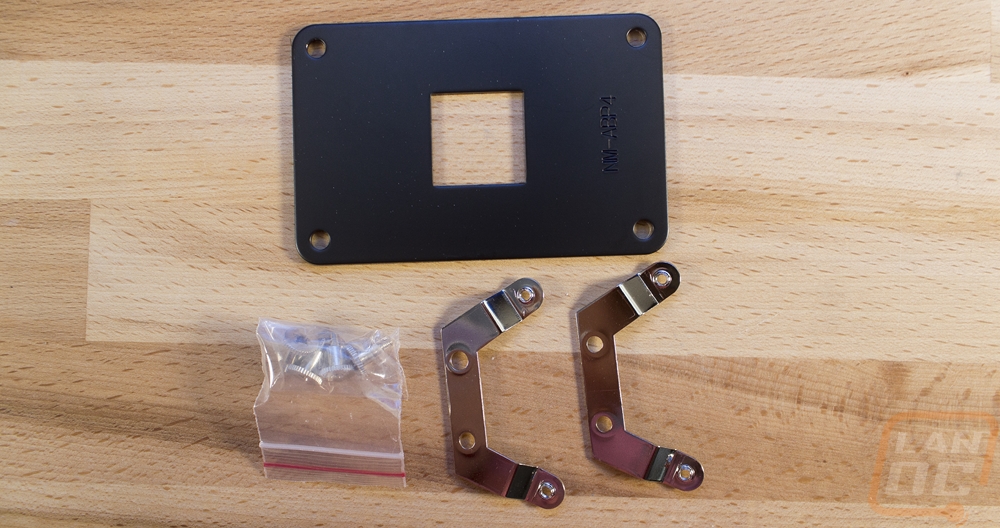 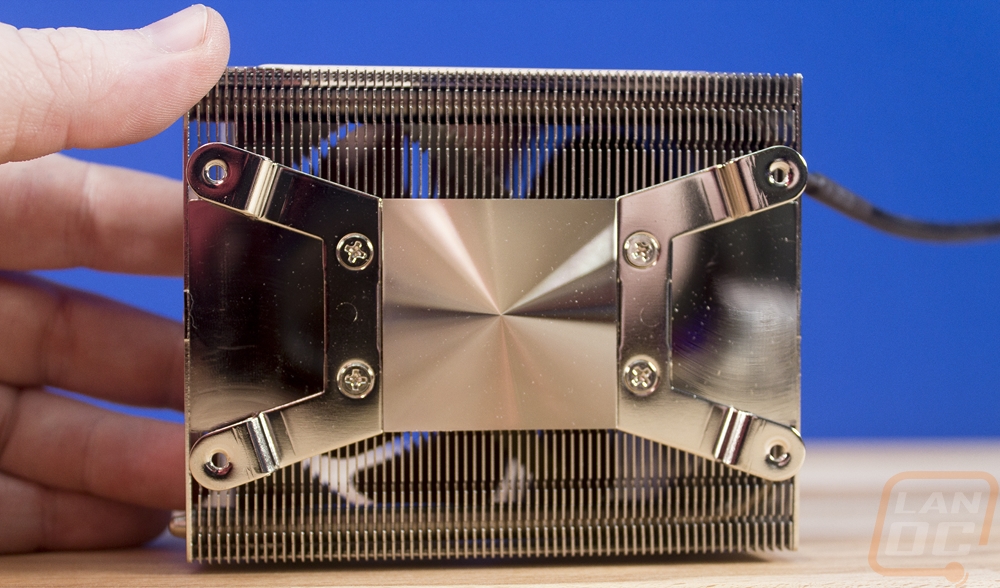 Just look at how short the cooler is, it barely gets up past our low profile memory. Of course, you can get to everything on the board because this tiny thing isn’t in the way.

Installation of the three different Noctua coolers was really split up into two categories with both being very familiar. I run a lot of their coolers in our builds and test benches. The D9L and the L9x65 both use the same traditional Noctua mounting solution. With the D9L you will have to get an AM4 bracket, that Noctua provides for free. The L9x65 has a special edition that includes the AM4 brackets in the box. Basically, you remove your stock brackets but keep the backplate. You use four thick plastic washers to raise up the mounting brackets to the right height and you use the included screws to lock everything down to the stock backplate. You have the option to use long brackets for a sideways installation or the short brackets for a vertical mount. I went with the short brackets and for these two coolers, it doesn’t make much of a difference anyhow.

With the main bracket installed you then put thermal paste on the CPU ( Noctua includes a full-size tube) and screw the heatsink down to the bracket. The D9L required that I pull the fan out of the middle to do this each time and the L9x65 had to have the fan removed from the top of it as well to screw it down. They were both held in place with simple brackets.

Here is a shot of the L9x65’s backplate, installed. You mount from behind with this cooler using the four screws. Keeping the mounting low profile to get that 37mm mounting height. 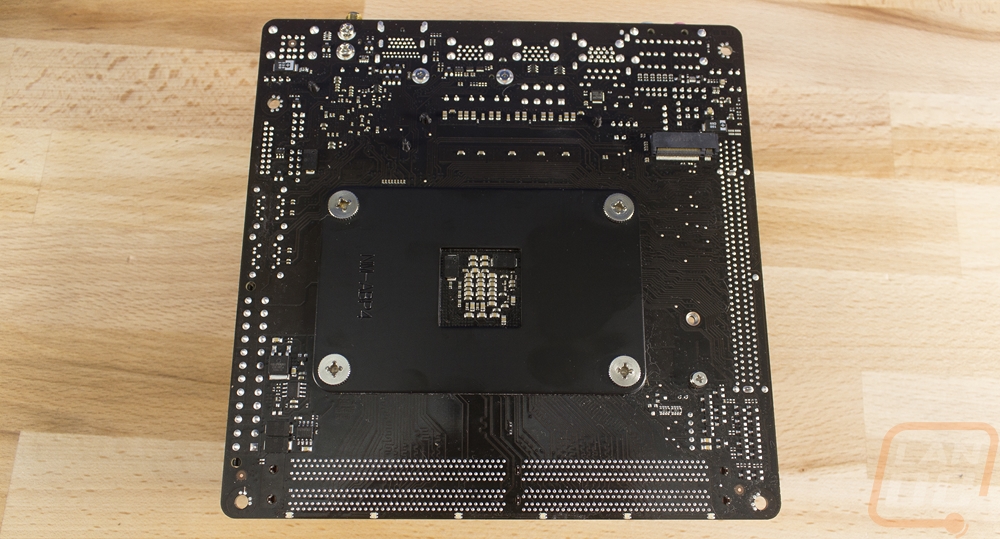