So Cryorig just sent the one cooler, their extremely popular C7. This is known as one of the best low profile coolers for console form factor cases and I’ve been wanting to check it out for a long time. The 47mm height is 10mm taller than the Noctua L9a. It ships in the smallest box of all of our coolers as well as having the flashiest box with a zoomed in photo of the cooler on the front. They did get the specifications on to the side though and in a retail store, this is extremely important when picking out components. They ship it with a full tube of thermal paste and you get a tool for the mounting as well. Currently, it doesn’t ship with AM4 brackets though, you will have to request those from them directly. 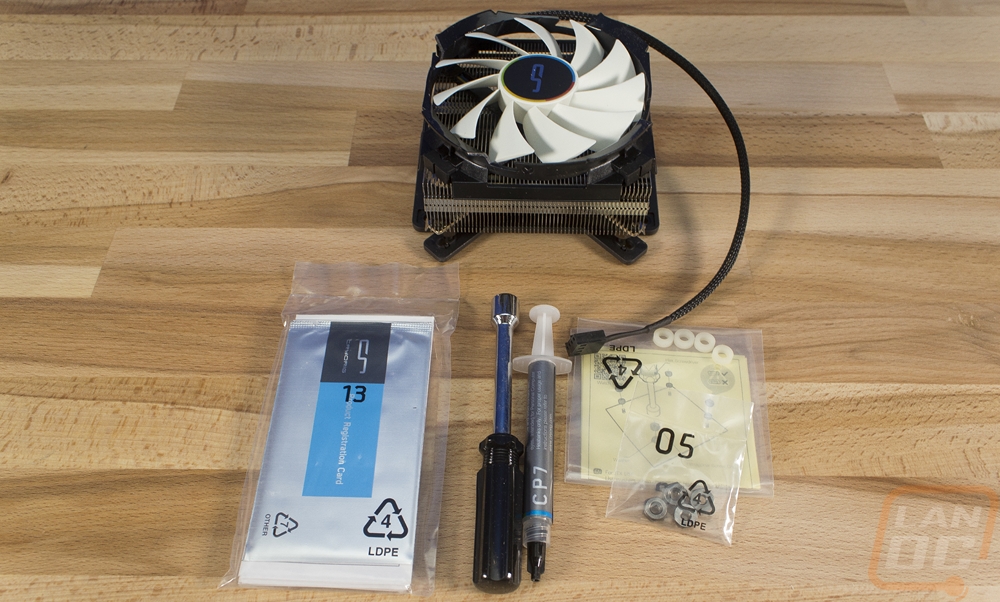 The cooler itself has a mirror finish for the mating surface and then it jumps right in to heatsink right after that to best use the space. It does have four heatpipes tucked away inside of the heatsink and you really only see them on one of the ends. Then on top, they have a custom designed fan that blows down over the heatsink and that clips on via plastic clips. 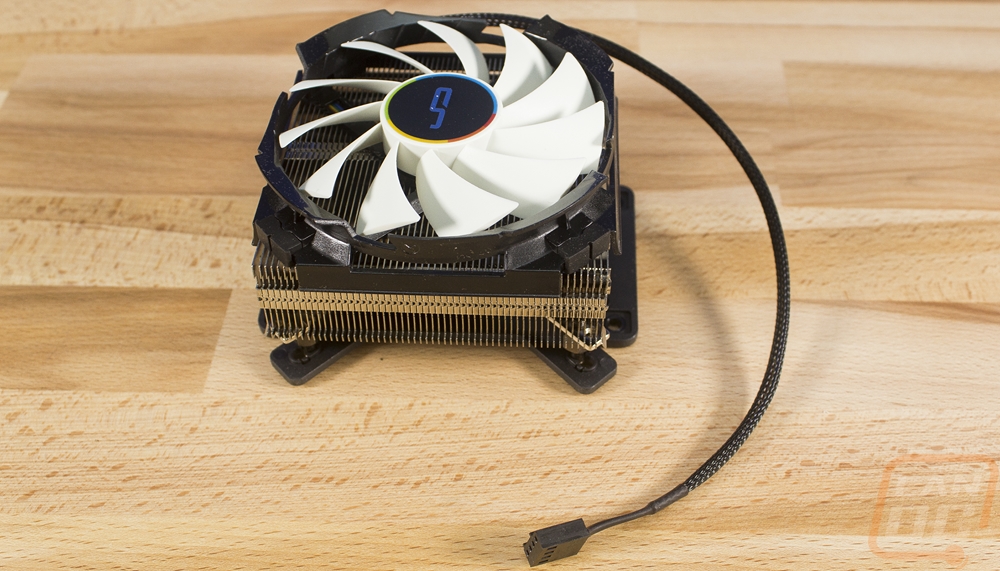 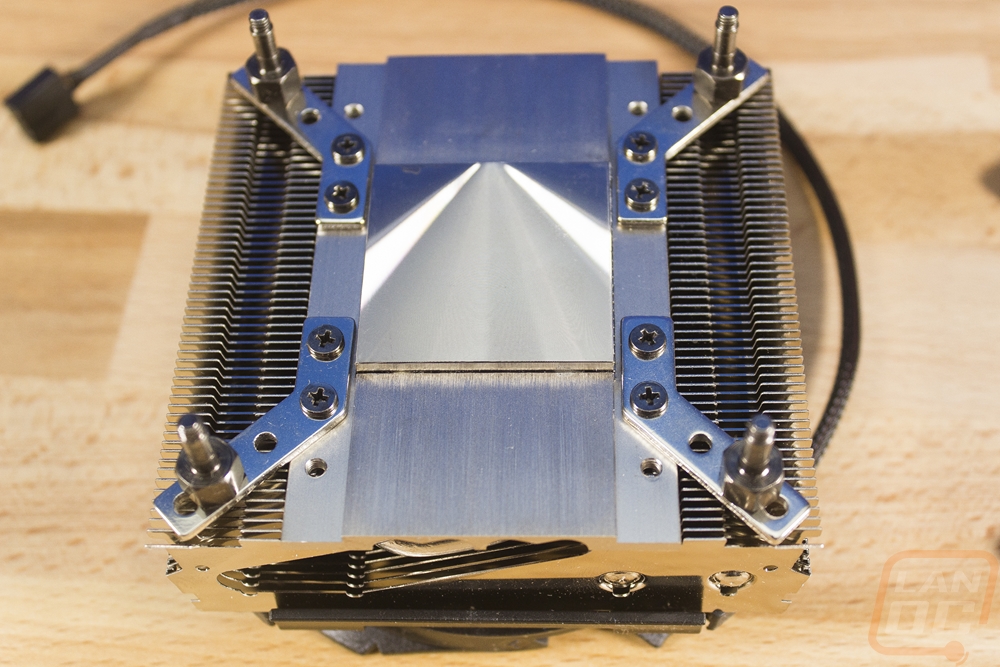 As for the installation, well we did have to wait and get in the proper mounting kit for AM4. So keep that in mind, I’m sure they will be including them with the C7 soon though. It ships with an Intel configuration. The bracket setup is very creative though. The brackets have a 45-degree angle to them when you use them for Intel coolers than you just rotate them a little for AMD. The backplate and main hardware works with every socket. You put your thermal paste on the CPU and mount the cooler on top. Then you flip the motherboard over or go through the back CPU access hole in your case to put the backplate on. The backplate has small clips that hold it into place so you have to push hard to get the bolts to go through the holes. Then from there, you use the included socket driver to tighten down the four nuts. This is similar to the Noctua for simplicity and better than the ID Cooling IS-40v3. Having it work with both Intel and AMD is a nice bonus over the Noctua as well.