As always I like to start my testing with a few synthetic benchmarks. 3DMark especially is one of my favorites because it is very optimized in both Nvidia and AMD drivers. It's nice to not have to worry about it being favored too much either way and the repeatability of the results makes it a nice chance to compare from card to card, especially when comparing with the same GPU. In this situation, I am curious to see how the RTX 3070 Ti Founders Edition compares with the RTX 3070 and RTX 3080.

The first round of tests were done in the older Fire Strike benchmark which is a DX11 test. There are three detail levels, performance, extreme, and ultra. In Fire Strike, Nvidia has been a little behind compared to similar cards from AMD where Nvidia does better with Time Spy. This can be seen with the RTX 3070 Ti Founders Edition running right with the various RX 6700 Xt’s in the performance and extreme tests but it did jump out ahead in the ultra detail setting. This is an improvement over the original 3070 as well as the RTX 2080 Ti. 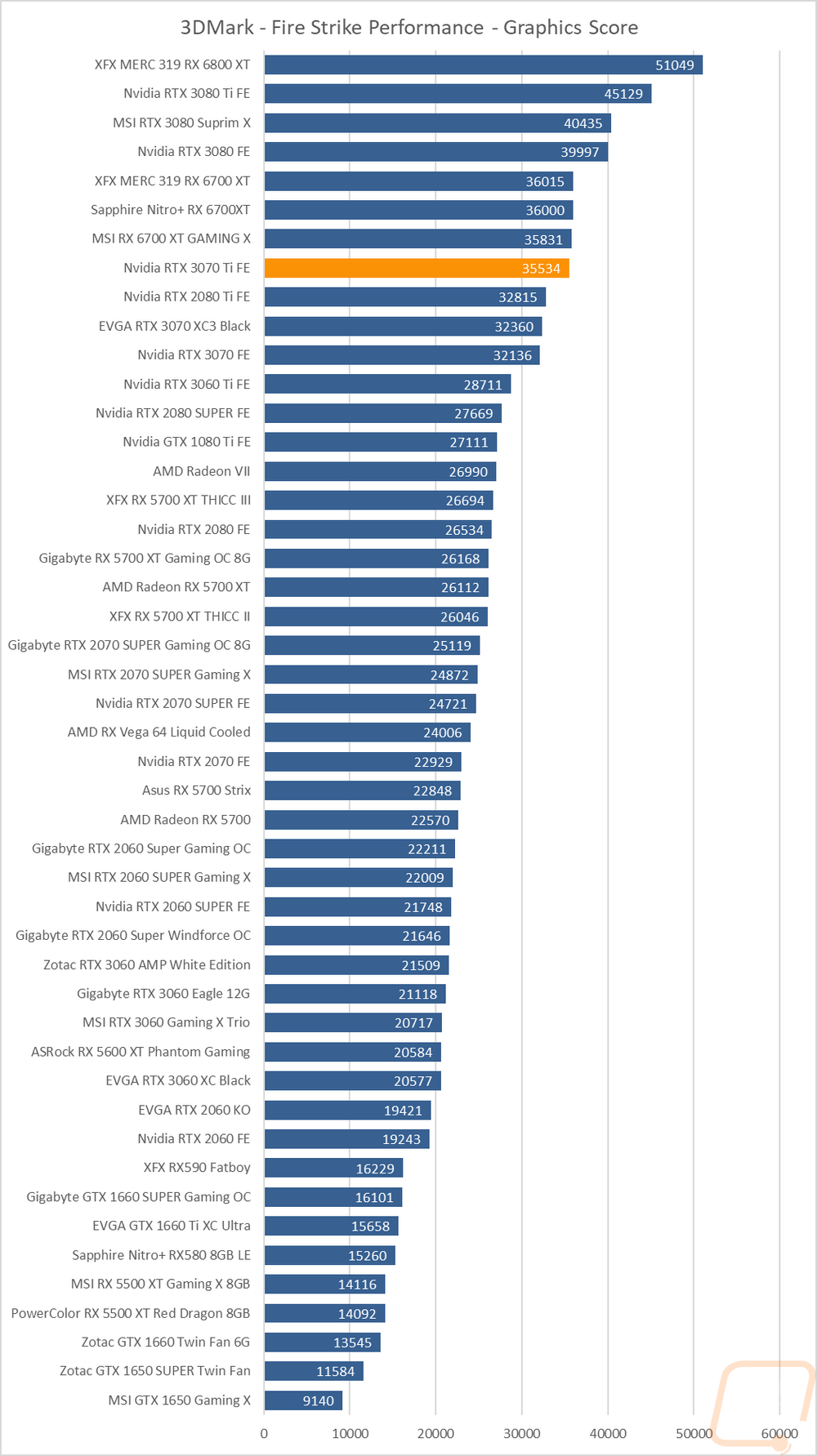 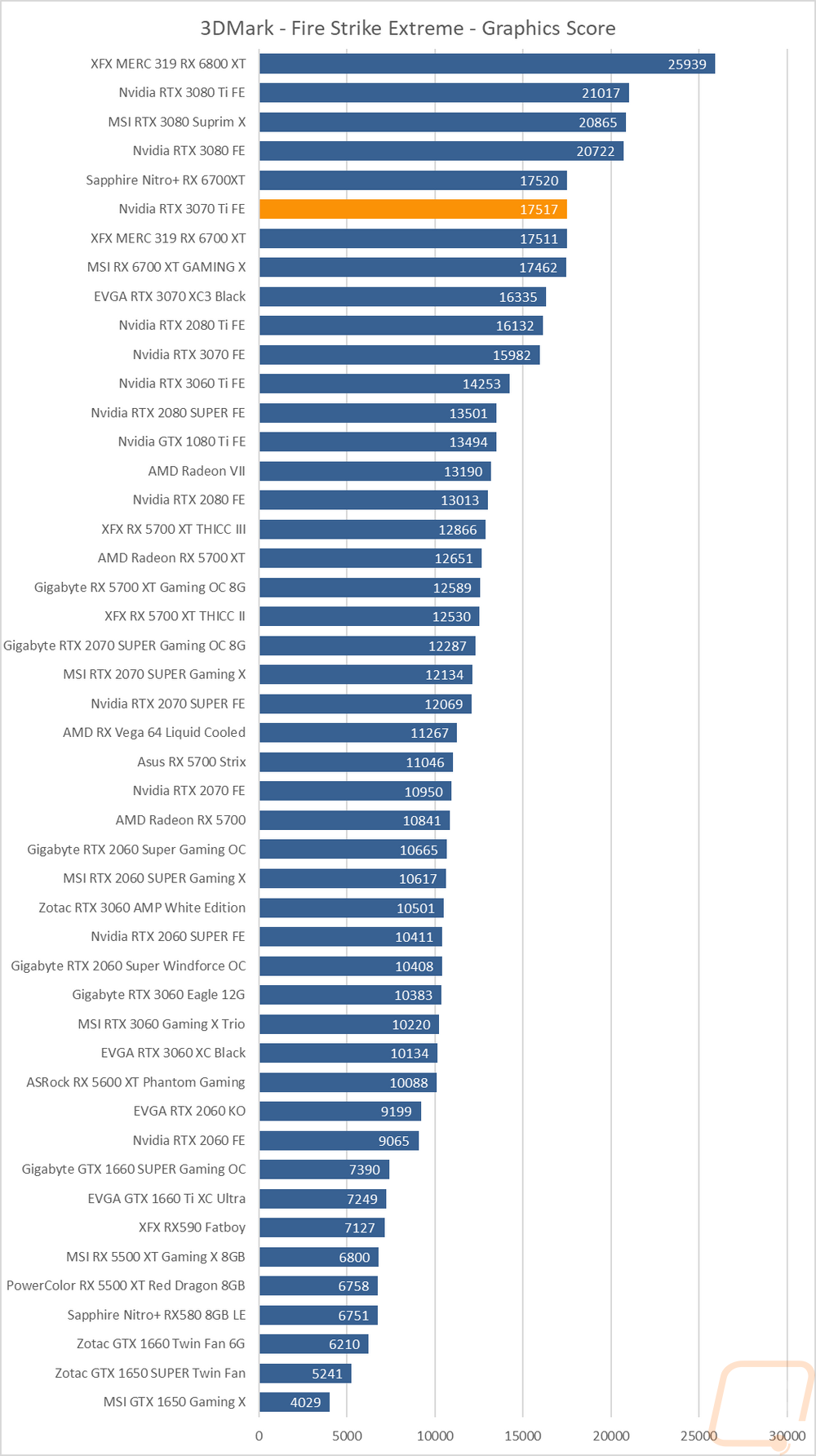 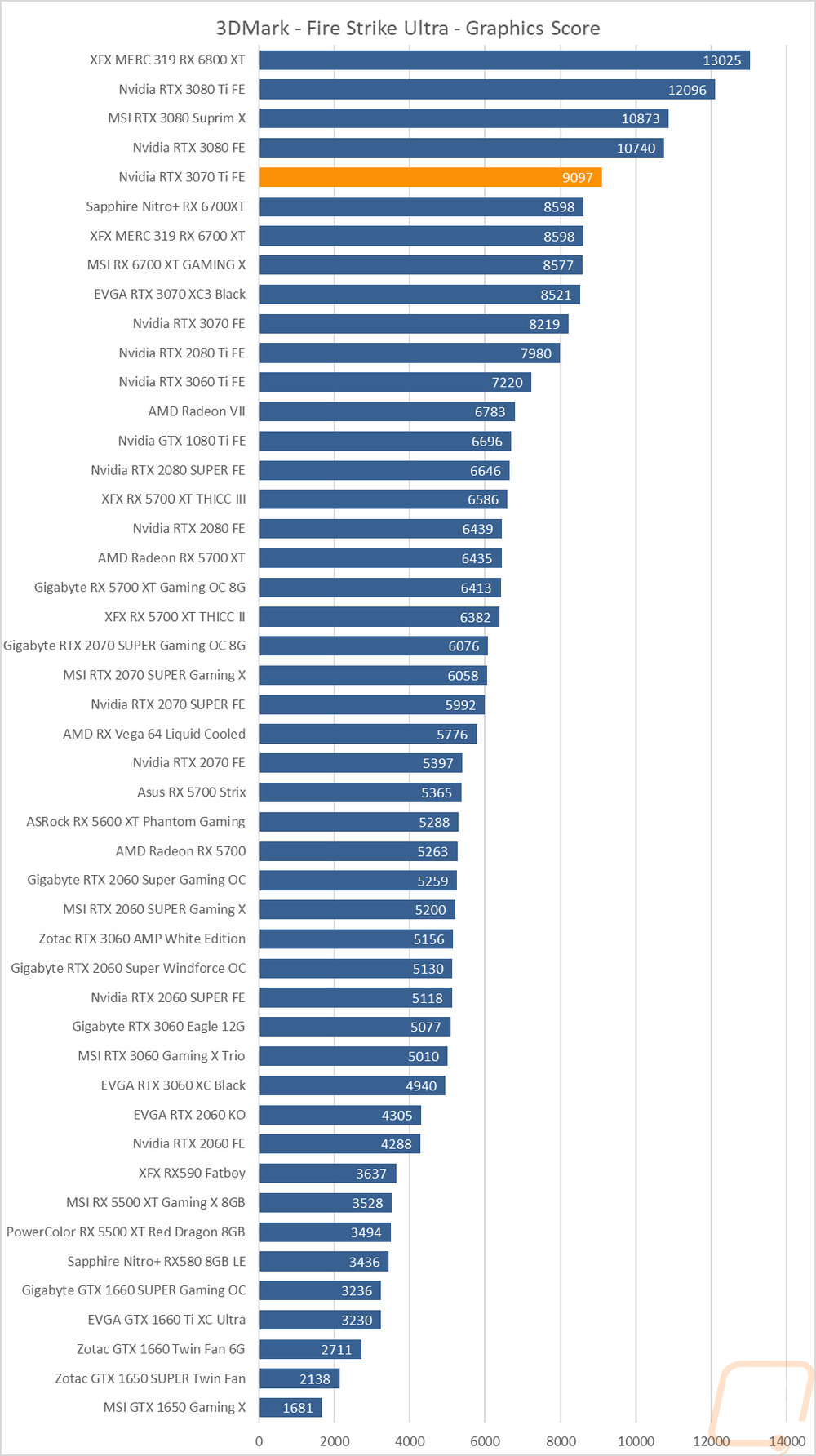 The next two were both based on the Time Spy benchmark. One is the standard test and then there is the extreme detail level. Like I said before in these DX12 Time Spy tests Nvidia’s latest-gen cards have been doing well. The RTX 3070 Ti Founders Edition is right up in the top ahead of the RTX 2080 Ti but the gap between the RTX 3070 Ti Founders Edition and the RTX 3080 is still a large one in both detail settings. 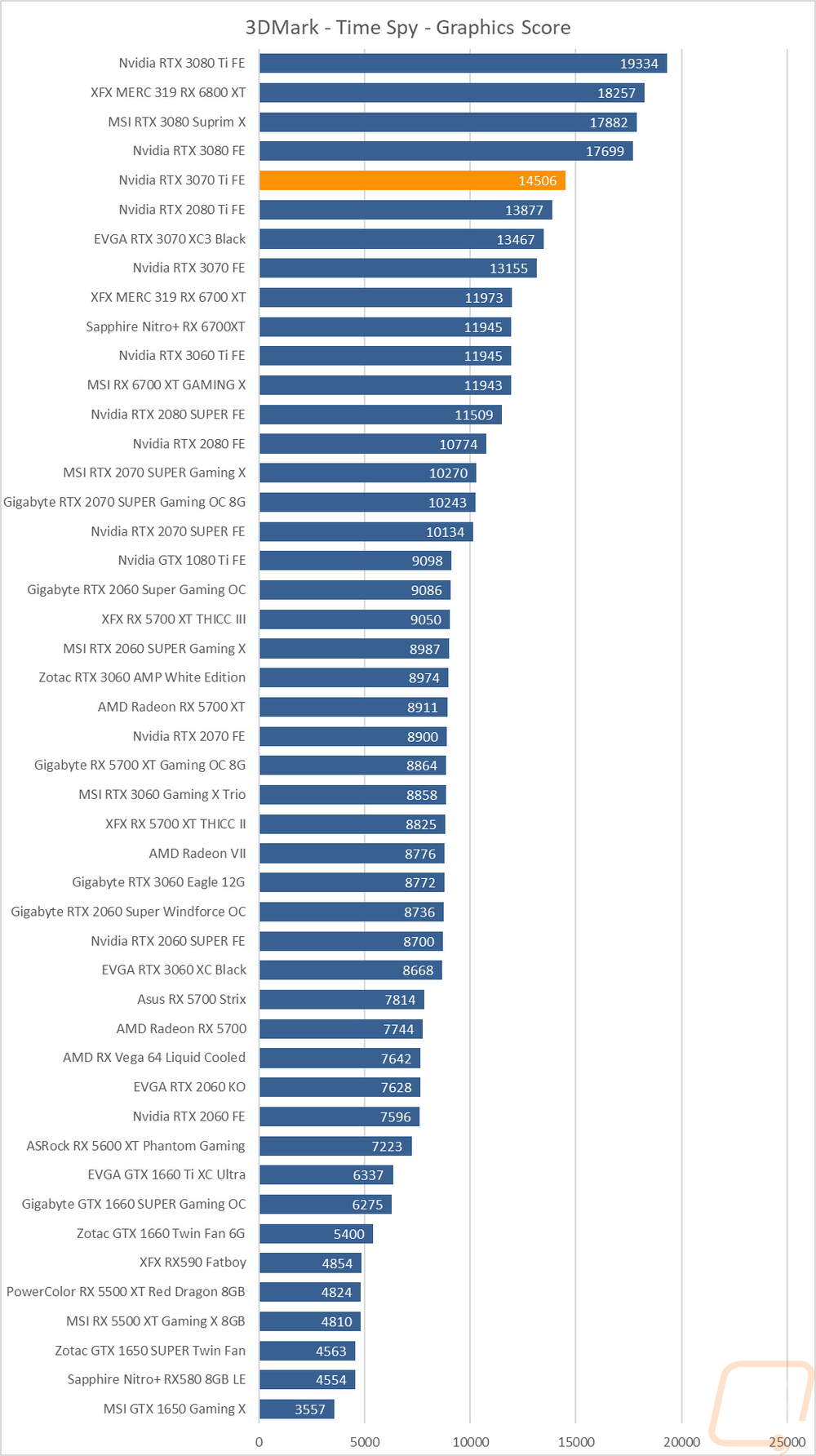 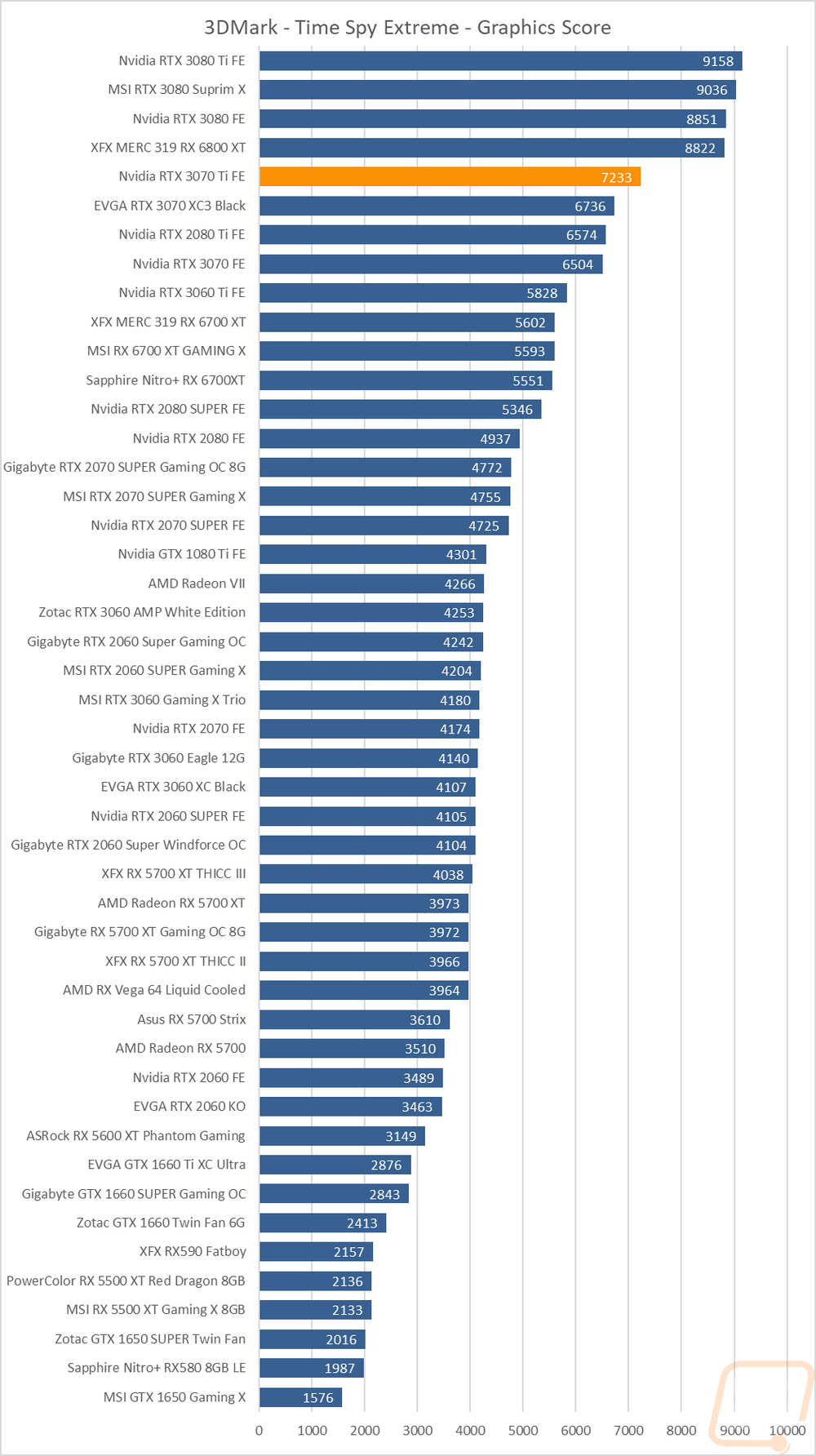 We have 1017 guests and no members online