Of course, I have all of the actual in game results as well for anyone who wants to sort through the wall of graphs below. Diving into the numbers a little more starting with Watch Dogs Legion I have retested all of the cards after our 3080 Ti review which had issues with slowdowns that showed inconsistent numbers. The RTX 3070 Ti Founders Edition matched the 6700Xt here on the 4K result and was faster at 1440p but a little slower at the ultra detail at 1080p. This was 7 FPS at 4k and 4 FPS at 1440p at ultra compared to the original RTX 3070 and 3 FPS at 4k and the same at 1440p (CPU limited) in high detail. The RTX 3070 Ti Founders Edition sees the biggest improvements at 4k when compared to the RTX 3070 which is partially due to having the two extra SMs, but the faster memory will make a big difference as well. Not to mention some of the games we are testing are starting to reach the limits of our CPU as well at those resolutions. The RTX 3070 Ti Founders Edition does show a consistent performance increase in all of the games which pushes it up closer to the RX 6800XT, sadly we haven’t been able to get our hands on a 6800 which would be the best comparison here but the card shortages have hit us as well. 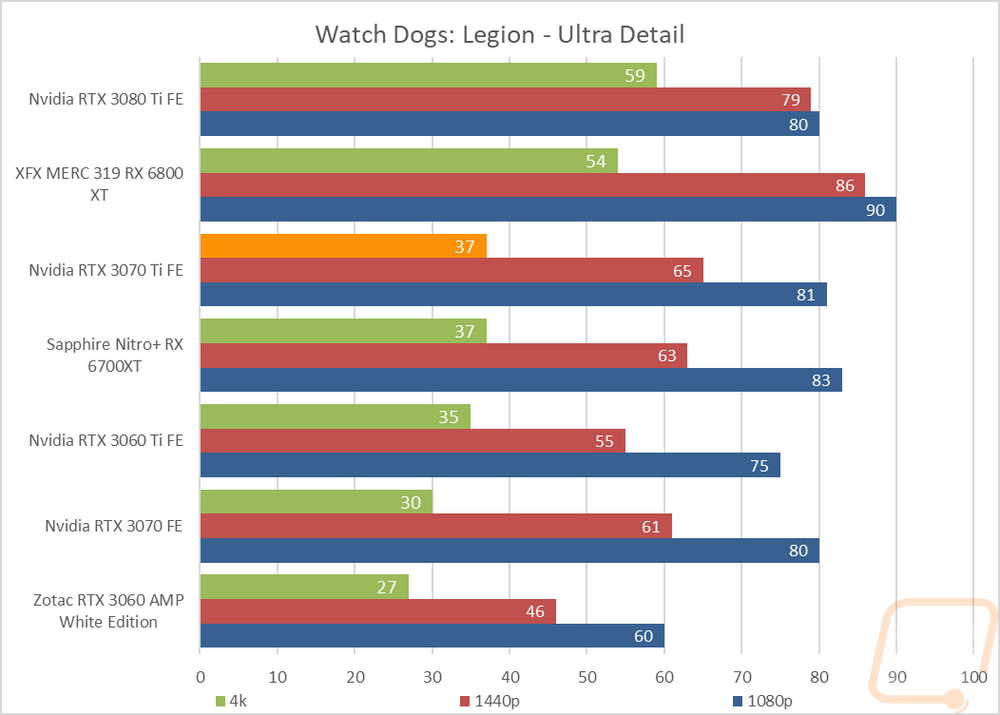 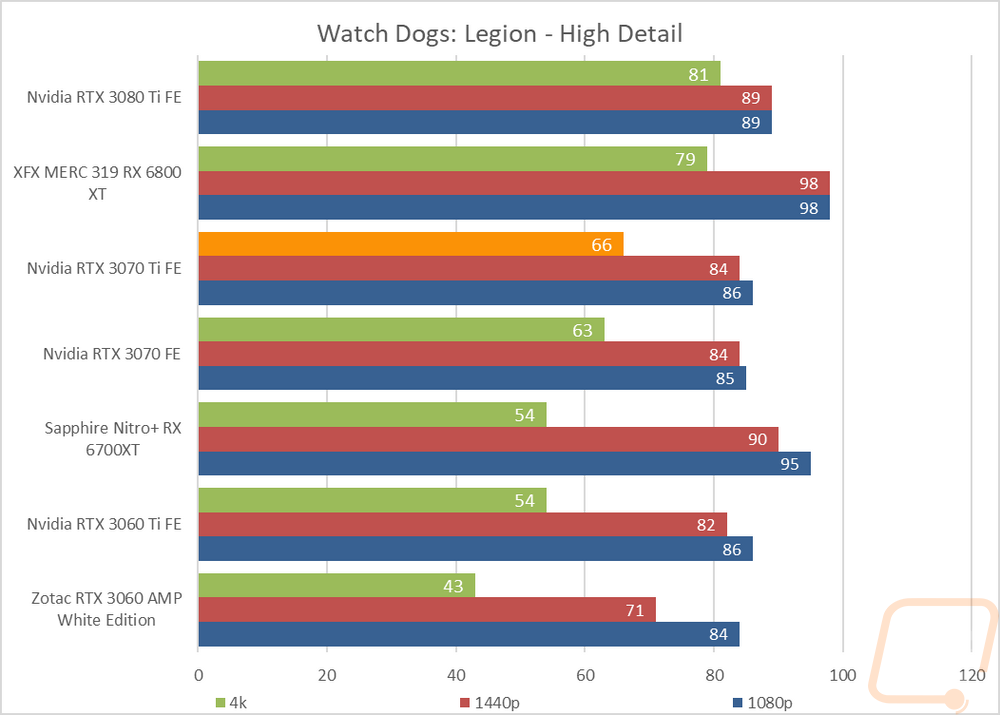