Nvidia is consistent with their Founders Edition packaging and the RTX 3070 Ti Founders Edition was no different. It has the same black box with grey stripes on the front that they went with for the 3080 Ti and the original launch 3000 series cards as well. Beyond the stripes, it has a small Nvidia logo on the top left with the full model name below that. Unlike aftermarket cards, Founders Editions don’t have to have the green wrap around that other Nvidia cards get so the packaging is even cleaner than normal. Around on the back, they have the two tape seals that hold the top on the box as well as a set of barcodes that include your serial number and the model number. The rest of the box doesn’t have much going on compared to aftermarket cards, they let you know the base specifications and a list of what is in the box but there isn’t a picture of the card at all, the dimensions, your display outputs, or specifications like the clock speed. Those are all nice to have when shopping in retail, but most of these are selling online through Nvidia so it isn’t too big of a deal.

When you pull the top off the box, Founders Edition cards like this give a unique experience that no other video card ever has. They don’t come in a static protective bag or under plastic, when you take the top off the card is right there like it is on display. It sits in a foam tray cut to fit it and the top of the box also has foam to hold it from that side as well. 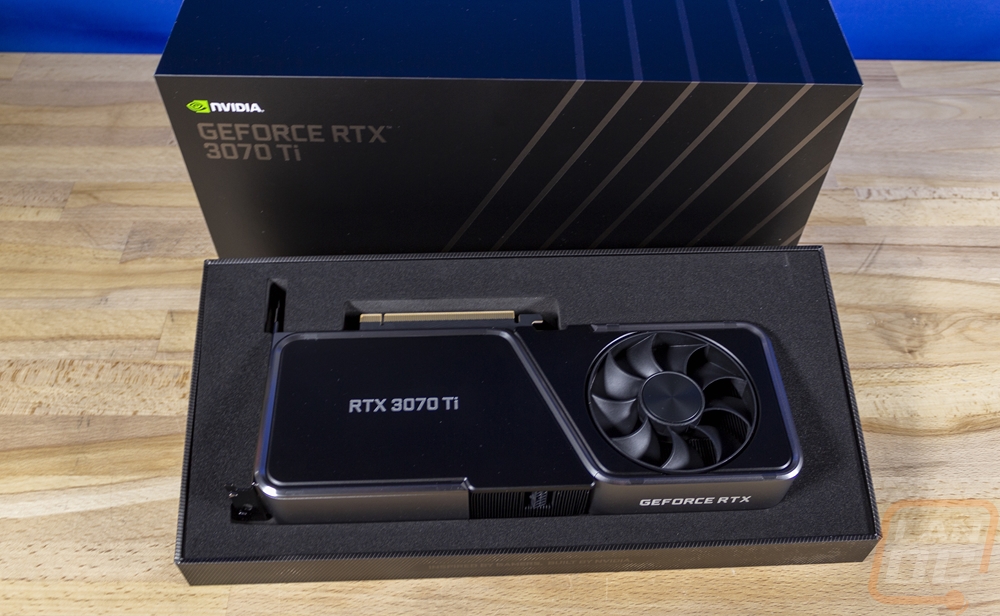 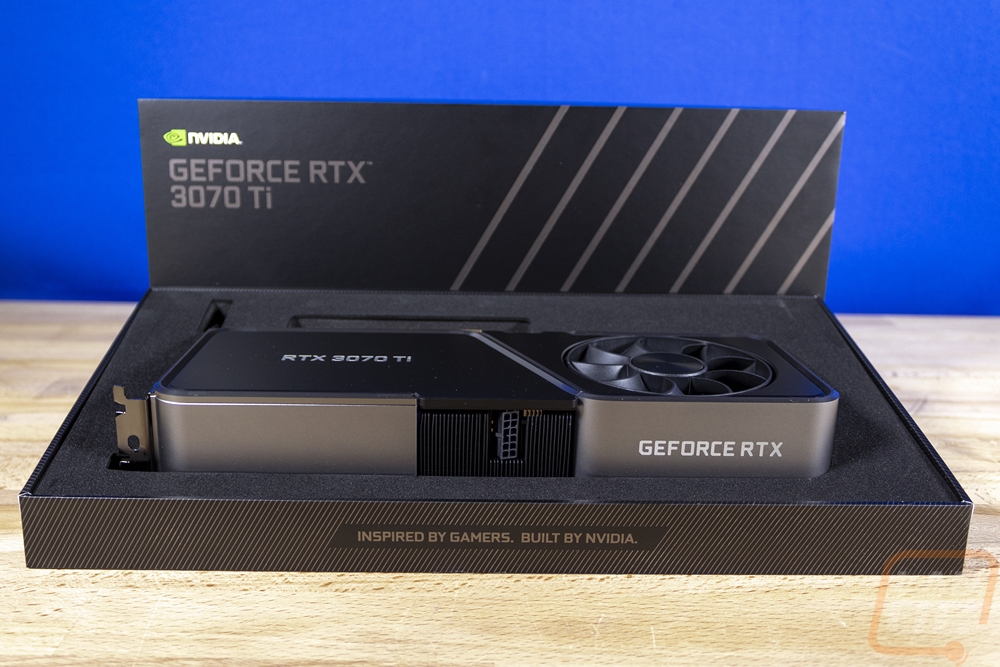 Up under the card, there is a thin layer of foam that comes up and under it, Nvidia has the quick start guide and a support guide along with the power adapter. The paper with the warning to only use the supplied Nvidia adapter is gone and that info is now on the cover that you have to lift to get to the power adapter. 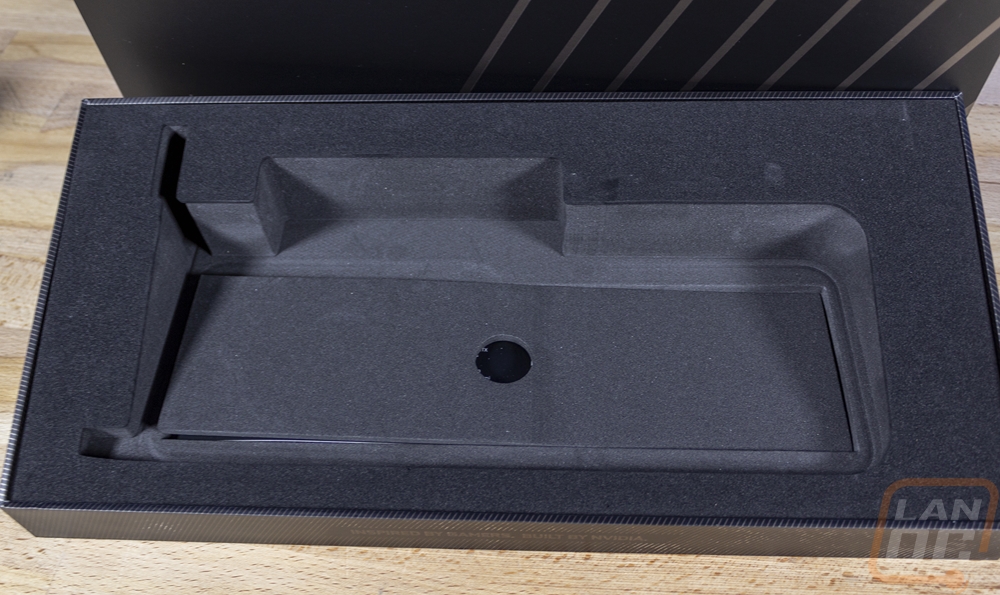 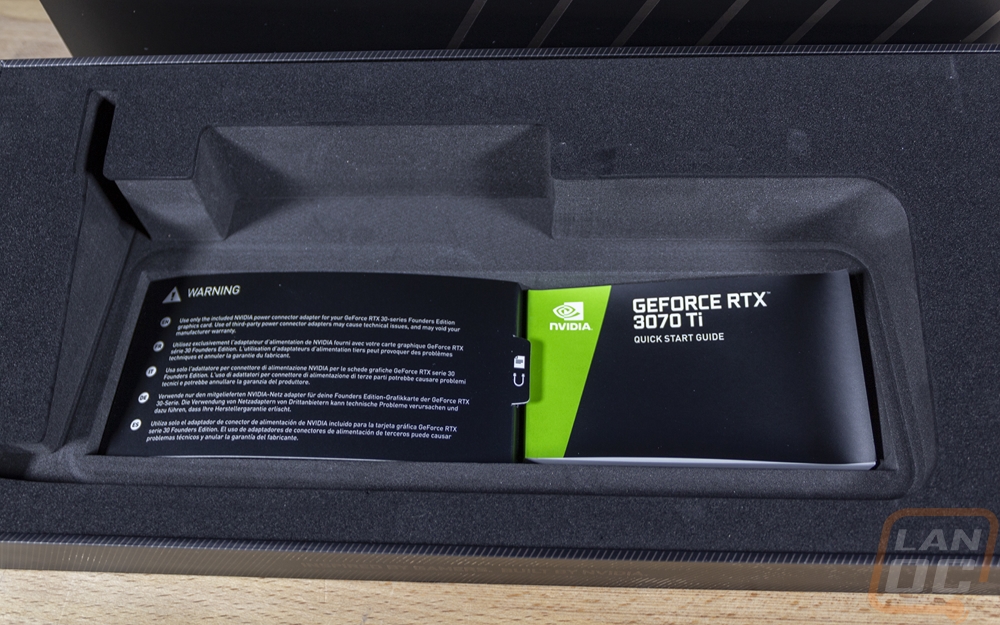 Speaking of the power adapter, this is the same dual 8-pin to 12-pin that the 3070, 3080, and 3080 Ti used. It takes two 8-pin cables and packs them down into the much more compact single 12-pin plug that Nvidia has been moving to. The reason Nvidia has the warnings to use their adapter is because other lower-end models come with a single 8-pin to 12-pin cable and swapping between those could cause damage. The 12 pin makes the two 8-pins look big and bulky as well when you have them so close together.