Last week Nvidia announced their new RTX 3080 Ti gaming flagship but at the same time, they also announced a second card, the RTX 3070 Ti. The RTX 3070 Ti is set to fit in between the RTX 3070 and the RTX 3080 with the same GA104 GPU as the original 3070 but with a few more SMs and a few other big upgrades as well. Today we can finally talk about how it performs, so I’m going to run through what Nvidia has changed to make the Ti then put it through our benchmark suite to see if it's worth the extra money they are asking. The GPU market is still extremely tough, but we still want to keep everyone informed of what to expect to help you figure out what cards you want to try to seek out.

Before diving into everything I do always take a look with GPUz to double-check that the listed specifications match up with what I am getting in my testing. GPUz does have the 3070 Ti boost clock at 1770 Mhz so we are good there. It also documents our vBIOS version and the driver I tested on which was 466.61, the prerelease press driver. 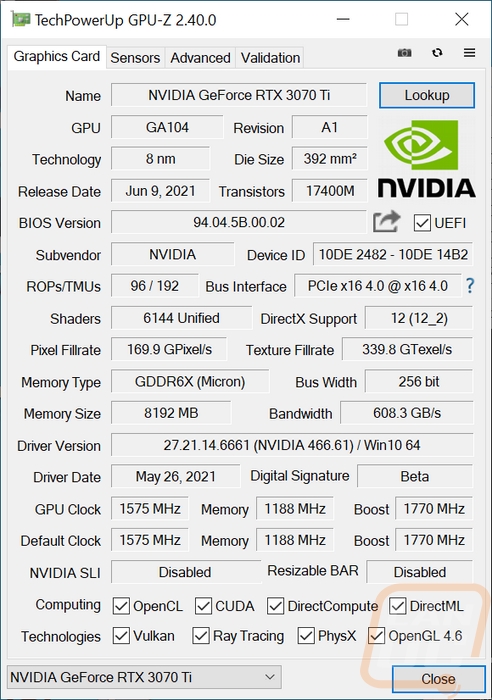 We have 1616 guests and no members online