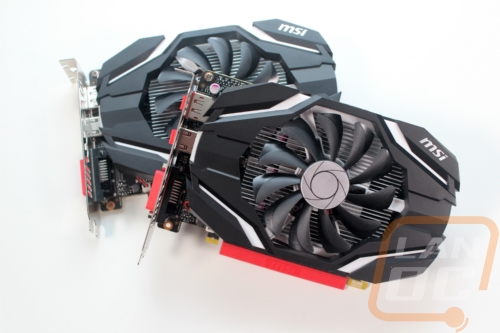 For my last batch of tests, I take a look at some of the other aspects that play a role when picking out a card or components for your build. For example, I take a look at overall power usage. To do this we keep things simple and test our entire X99 test bench so the overall numbers aren’t the draw of the card but the whole PC. It is really clear that the RX 460 and both 1050’s aren’t pulling much at all with results right next to each other. It is interesting however that the 1050 Ti pulled a little less than the 1050, but I bet the slightly higher clock speeds caused that one. 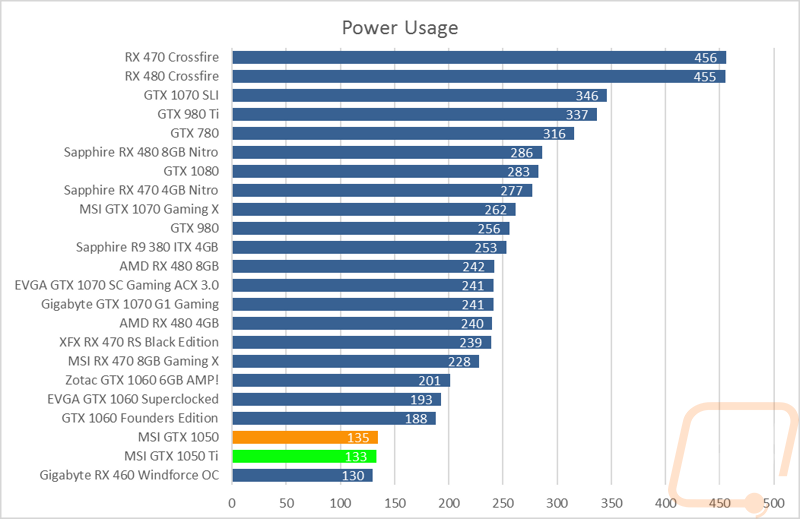 Next, I tested the overall noise performance of the single fan on the MSI cards. They both have the same cooler and fan design so there was no surprise when they both came in almost exactly the same. However, I did think the single fan design would have been a little quieter. They both had a fluttering sound that seemed to be from the fan bearings. It was enough for my wife to ask about it and she normally ignores all of the testing I do. You would never notice it in an actual case however so I wouldn’t worry about it too much. 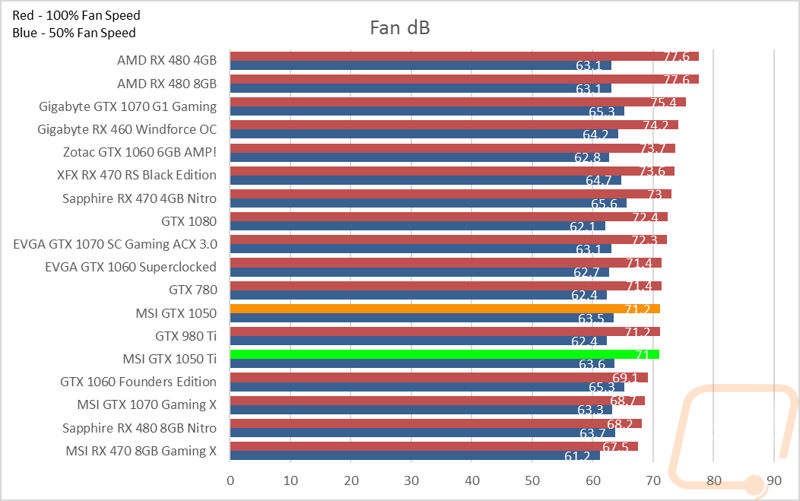 Last but not least I tested the cooling performance of the old school looking coolers on the MSI cards. Here I tested the cards by heating them up in valley benchmark and documenting the highest temperature reached. I do this twice, once with the fan settings untouched to see what the fan profiles are set to do and then again with the fans set to 100% to see the cooling capacity of the cards. With the stock fan settings both cards came in near the bottom of our charts already. But turning the fans up showed just how little cooling capacity the small cooler has. They both still ran cool, but compared to much more powerful cards with proper heatpiped heatsinks, they went to the middle of the pack. Basically, they do what they need to do, but if you want to overclock a lot more than the stock overclock you will need a little better cooling. 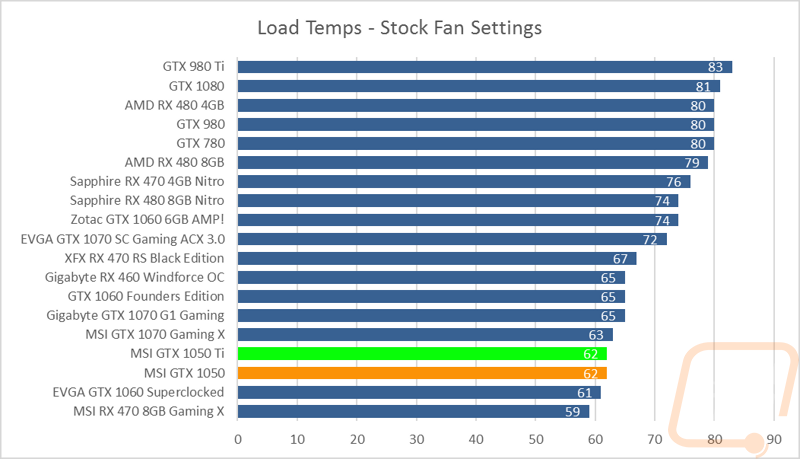 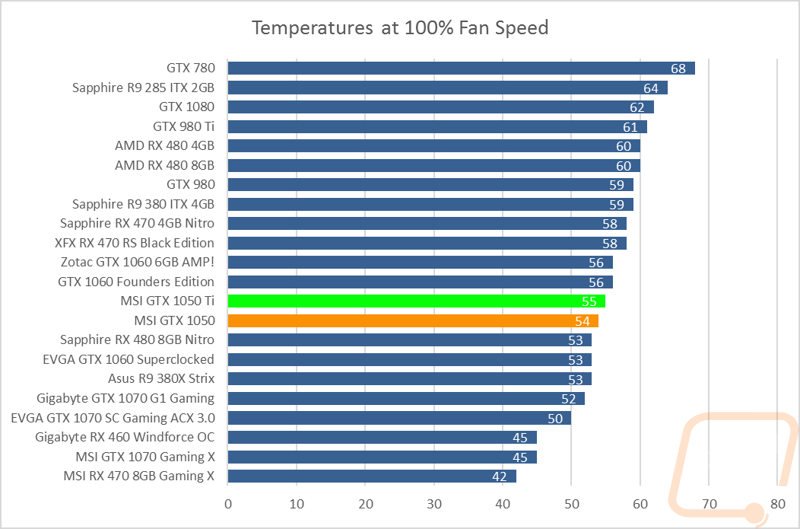