In our in game benchmarks, not only did we retest the GTX 680 and R7970 to fill in the results with our largely new benchmarks and replace out dated results in older benchmarks but we also added a new benchmark to the mix as well. We rounded our benchmarks off with the newly introduced Metro Last Light; I hope you all find a few games that you enjoy in our test suite. 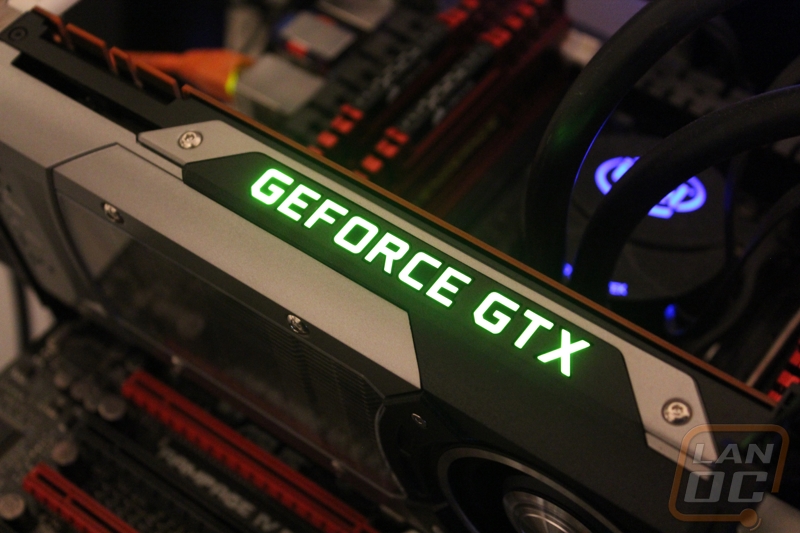 Out of the twelve games that we tested the GTX 780 on, eight of them were the highest results we have ever seen. Most of the rest of the games the GTX 780 only lost to triple and quad crossfire configurations of the HD 7970, sounds like a good problem to have right? There was one exception to it all with Hitman: Absolution, it is actually CPU limited with high end GPU configurations like the GTX 780 at the settings that we run it at.

In most cases we saw major jumps in performance over last years GTX 680. Take Bioshock Infinite for example, we saw a 27.5% increase in performance going to the GTX 780 and an even more impressive 39.5% when coming from the R7970. The difference between the GTX 780 and the R7970 in Metro Last Light was even greater at 41%. In Batman Arkham Asylum we saw an FPS of 392, which is just mind blowing and 43% faster than the R7970. As a whole, the GTX 780 is a monster that gobbles up every game we throw at it, even at their highest settings. You are going to have to go with a higher resolution or triple monitors to really push its limits, even on most of the latest games. 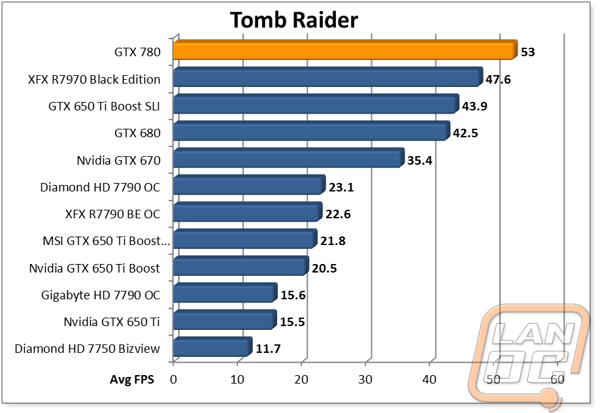 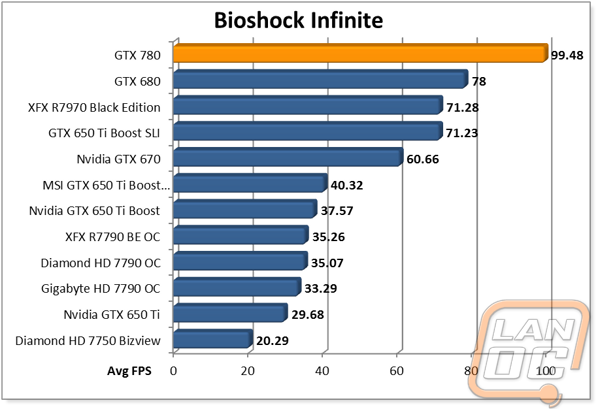 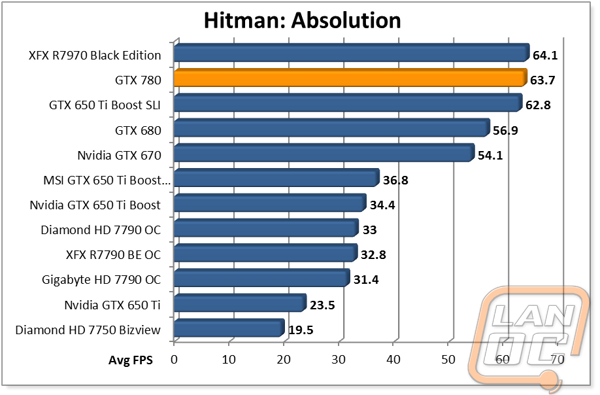 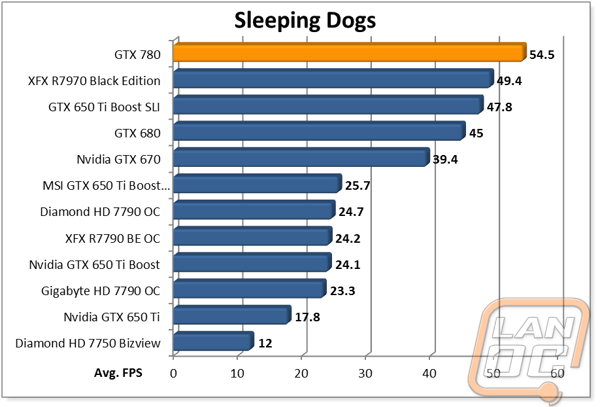 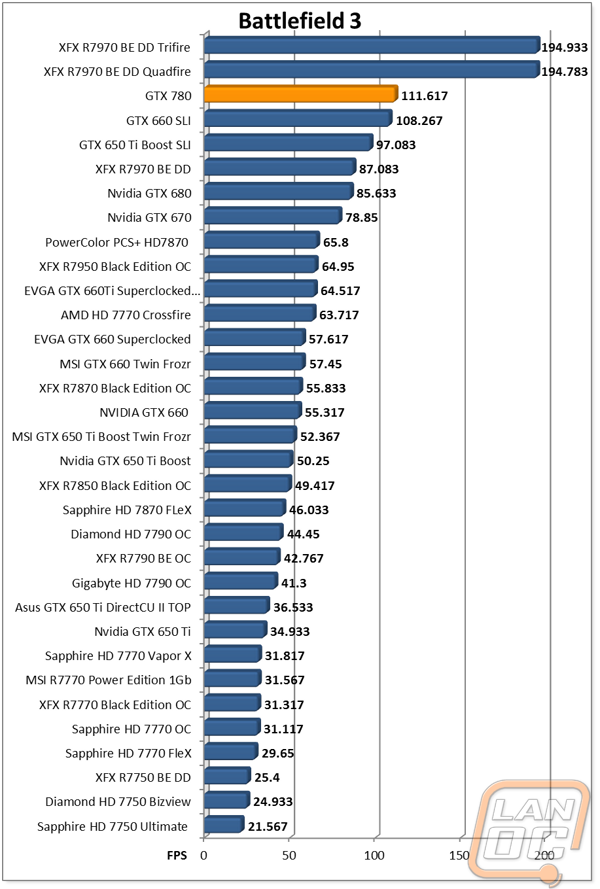 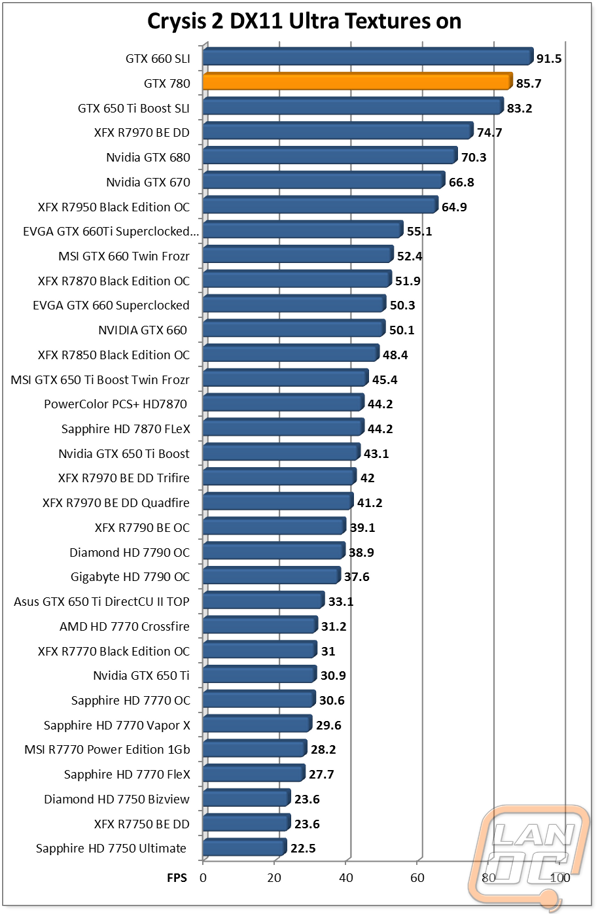 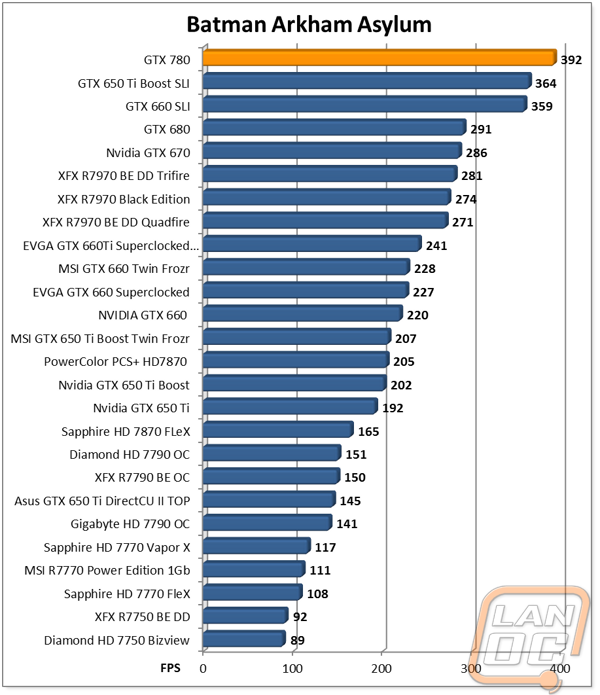 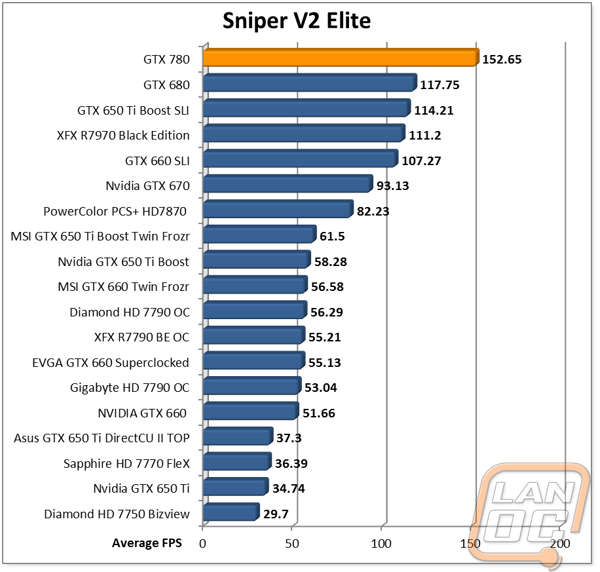 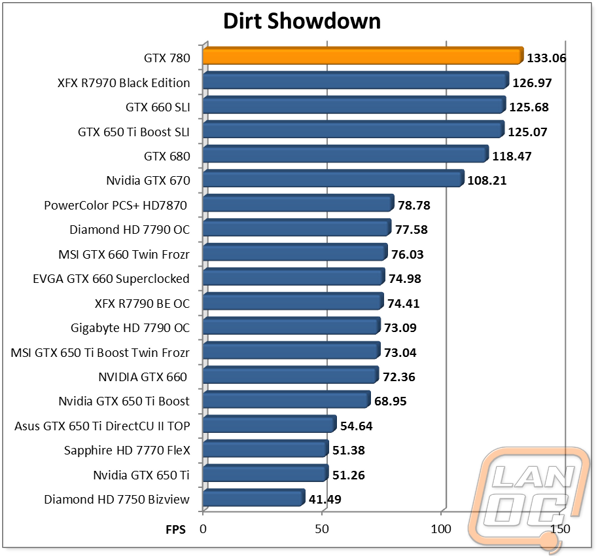 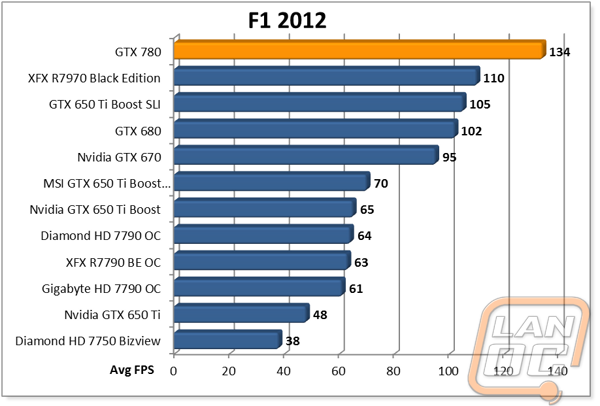