Before we dive into the card itself, we might as well show everyone the packaging that the card came in. Packaging for a reference card can be sort of hit and miss. A lot of times we just get a box with the card wrapped in bubble wrap inside but every once in a while Nvidia will box everything up. The box just has the Geforce GTX branding on it leaving it open for AIC’s to drop their brand on it and get it ready to go to the store if needed, of course with the back being blank this is obviously not any sort of retail packaging. Inside we did get a small metal case badge as well that is very sharp, there is a note warning to not put the metal case badge on anything in your pc as well as your hair or your pets, this is all great advice! 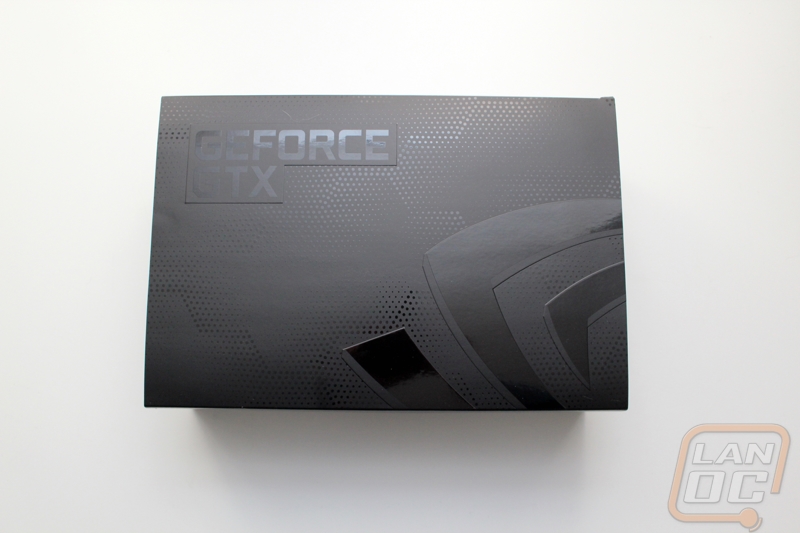 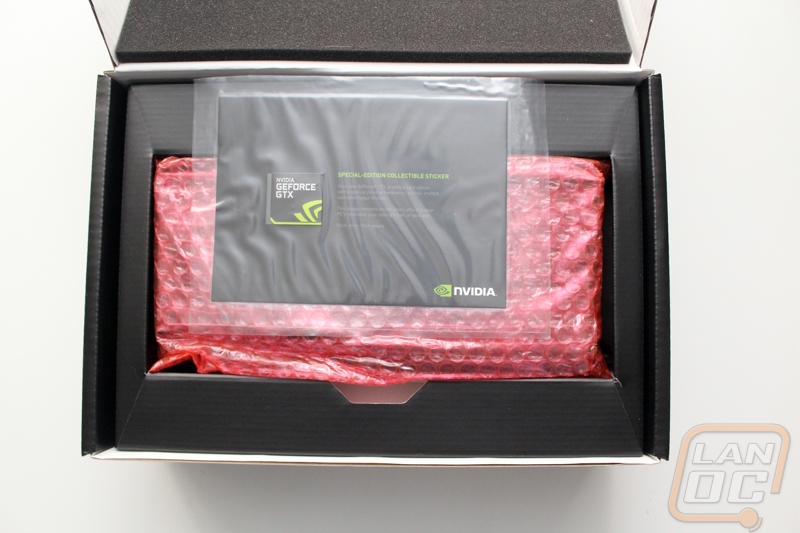 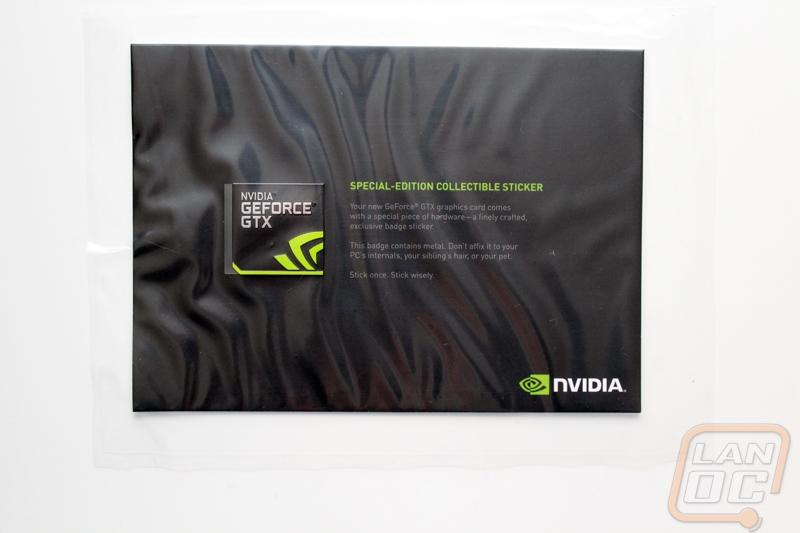 With the GTX 780 out we were greeted with what I can only describe as a looker. Nvidia went with the same theme that was used on the GTX 690 and basically the same design as the Titan. Pictures really don’t do this justice. This is a design that really makes you feel like you are getting your money’s worth with the GTX 780. To top it all off, I am a sucker for video cards that show off what you have on the top edge seeing that this is the only area of the card most people see once it’s installed. Just like the on the GTX 690 and the Titan the GTX 780 has the Geforce GTX logo up top and it lights up when powered on. I would love to see the lighting have different color options available, but boy does it look good in Nvidia green! 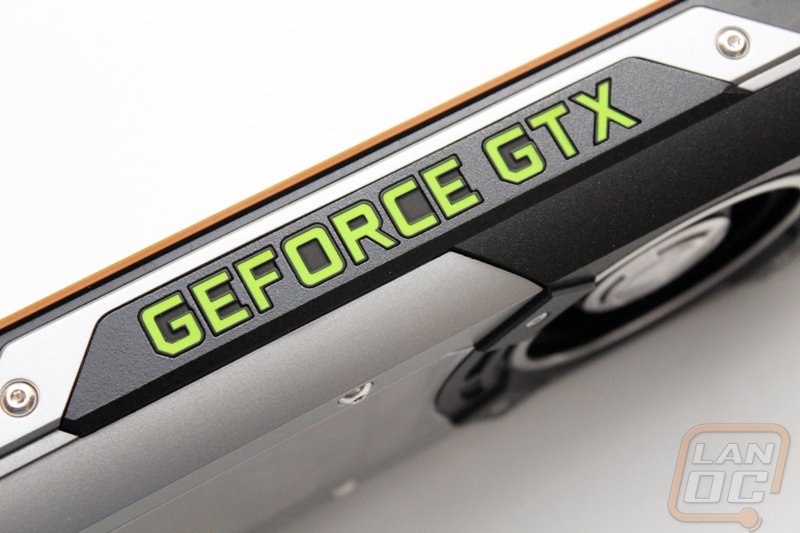 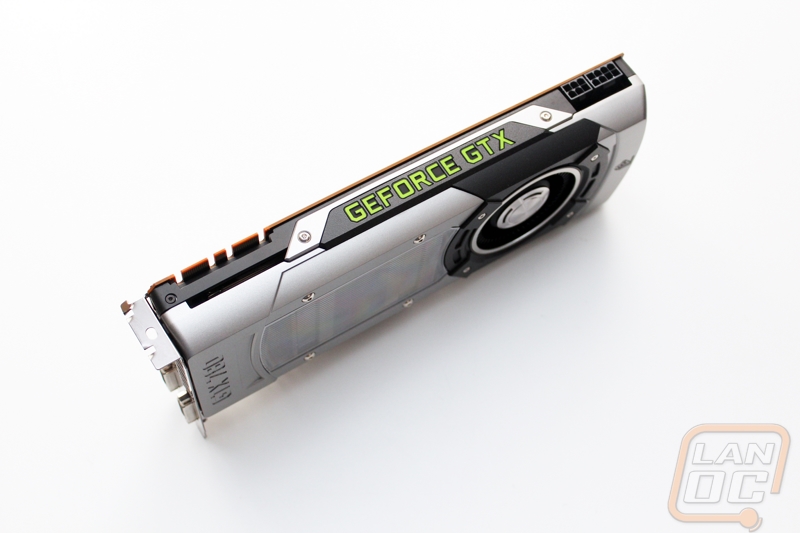 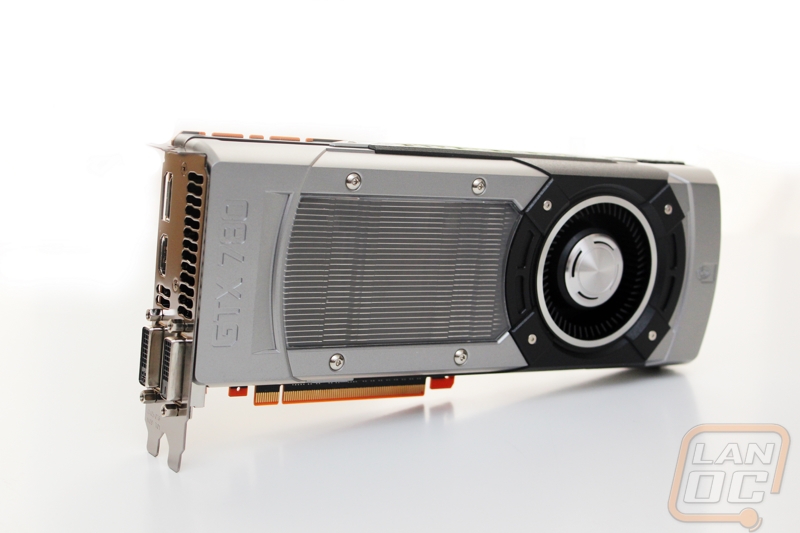 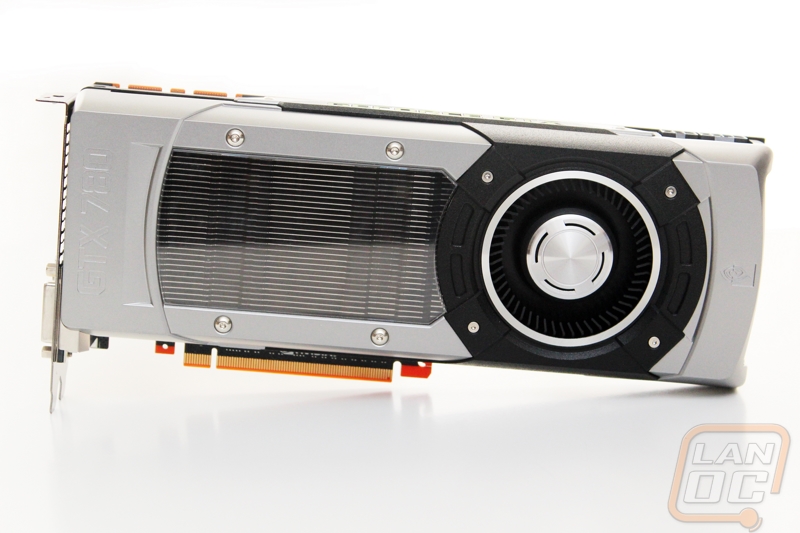 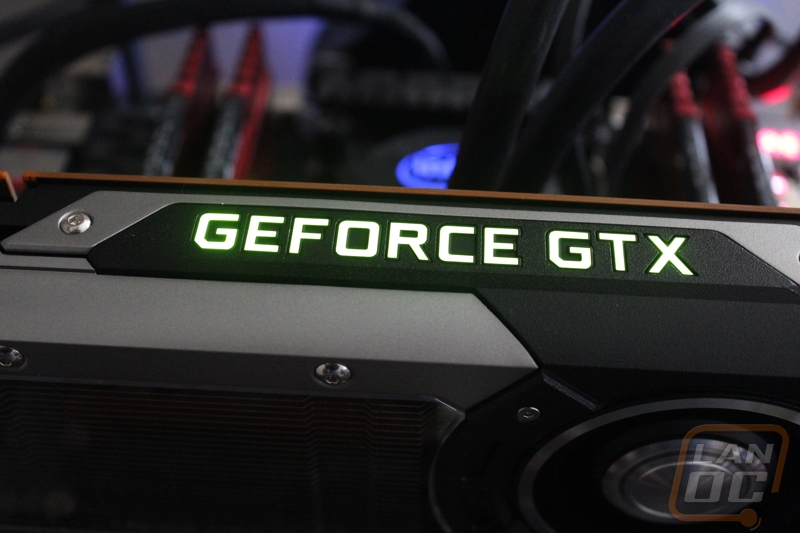 The GTX 780’s fan is set in the typical position and centered, much like the GTX 580, the GTX 680 was slightly off center. Here you have a better look at the full metal fan shroud as well as the metal cap on the end of the fan as well that goes perfectly with the fan shroud. The contrast in black and silver around the fan look great as well and really catches your attention. 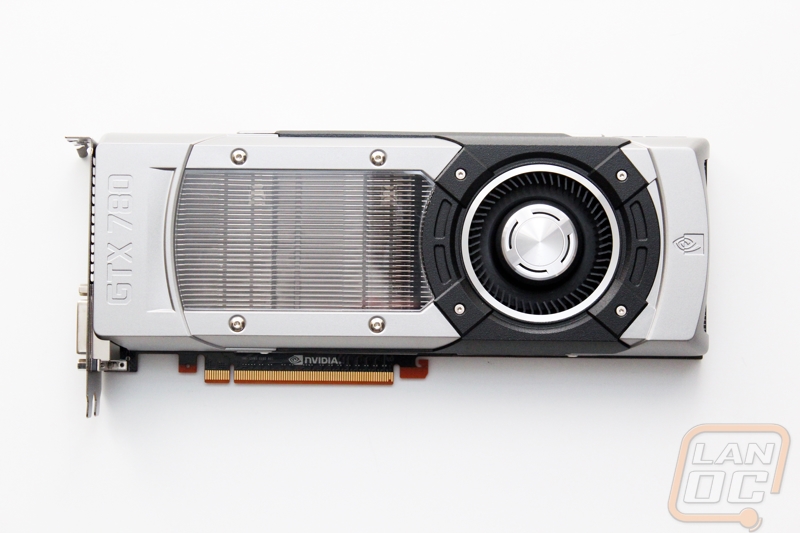 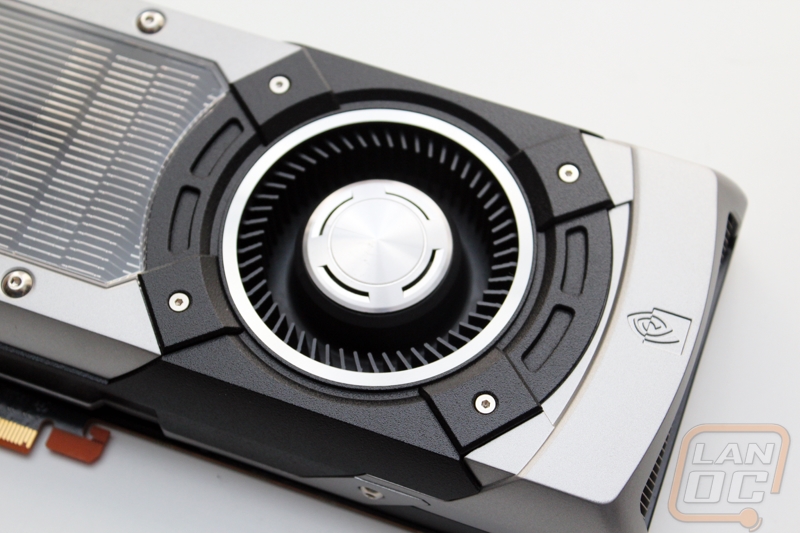 What has to be the best and most unique part of the design is the large window that lets you see all of the heatsink inside the of the card. This also has a nice useable function later in life as well. I have had a few cards that have gotten dusty. After blowing them out with a little air I felt they were all cleaned up but found out later that there was dust clogging up the heatsink fins inside, this way you will be able to see if there is a problem as well. But if it is anything like a case with a window, because you can see it you will be more likely to keep the card cleaner anyhow. 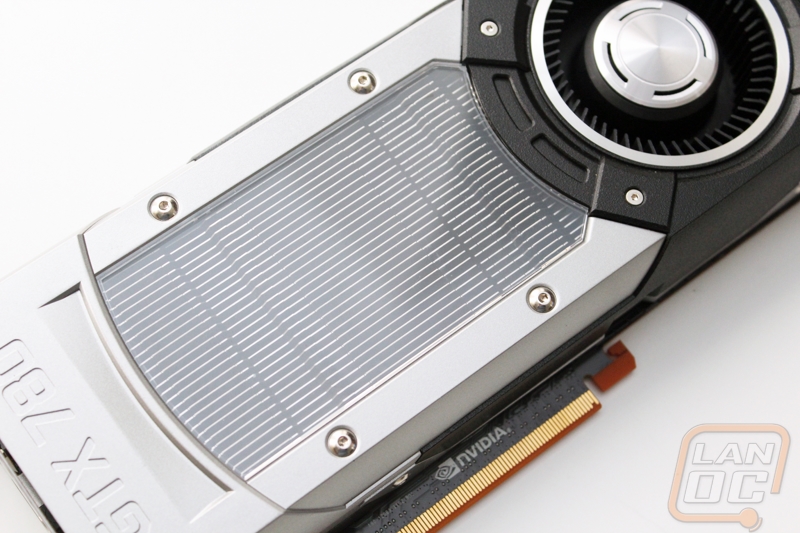 Just like with the Titan and GTX 690, Nvidia has included the GTX 780 branding right in the metal on this card. I love that they don’t try to use the same fan shroud on multiple cards without changing it up slightly. 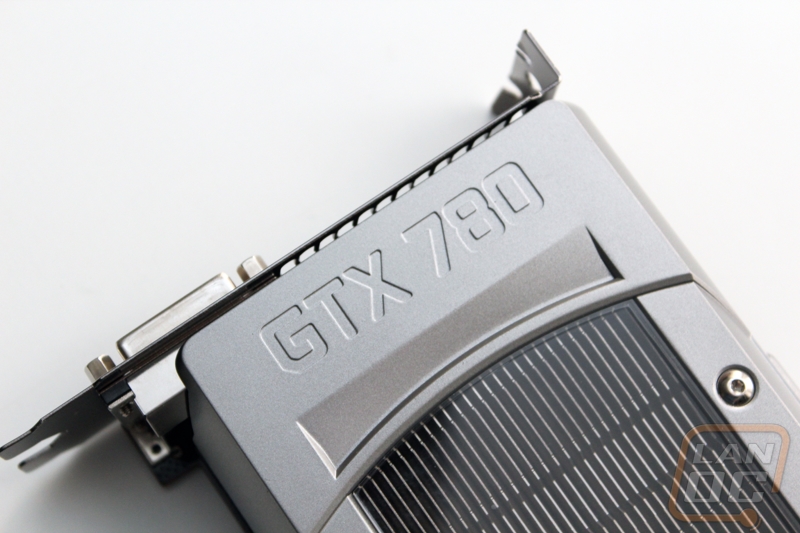 Although the rest of the card is completely sealed up and perfect for making sure all hot air is being ventilated out the back of the case, there is a small heatsink on the end of the card that is open to blow air into the case. This is for the power circuitry that is out past the fan on the PCB, basically it was unavoidable. It actually looks great on the card as well, giving another peak at what’s going on inside. 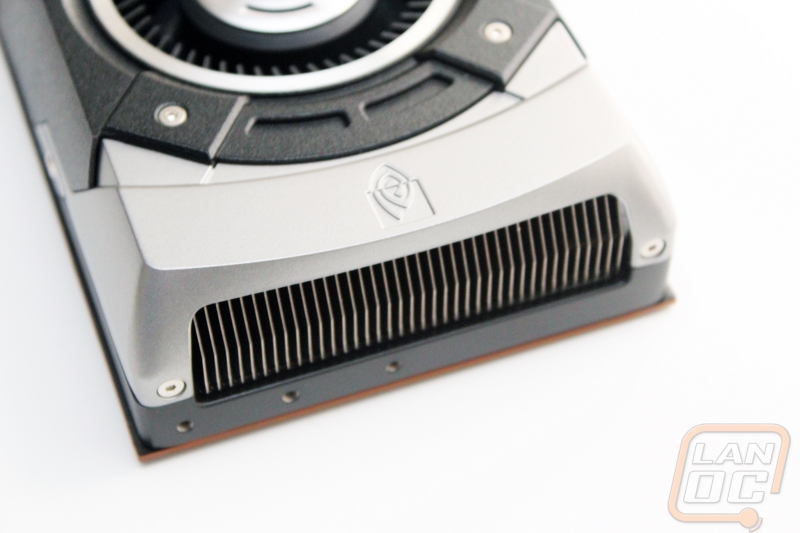 For the back panel connections we have two DVI ports, one HDMI port, and one full sized DisplayPort. Both of the DVI ports are dual link but if you look closely you can see that only one is going to support analog signals so if you still use multiple VGA adapters you are going to be hurting. This isn’t anything different than what we have been seeing for a long time though. As for cooling, there is the larger vented area as well as a small vented spot between the bottom DVI port and the HDMI connection. 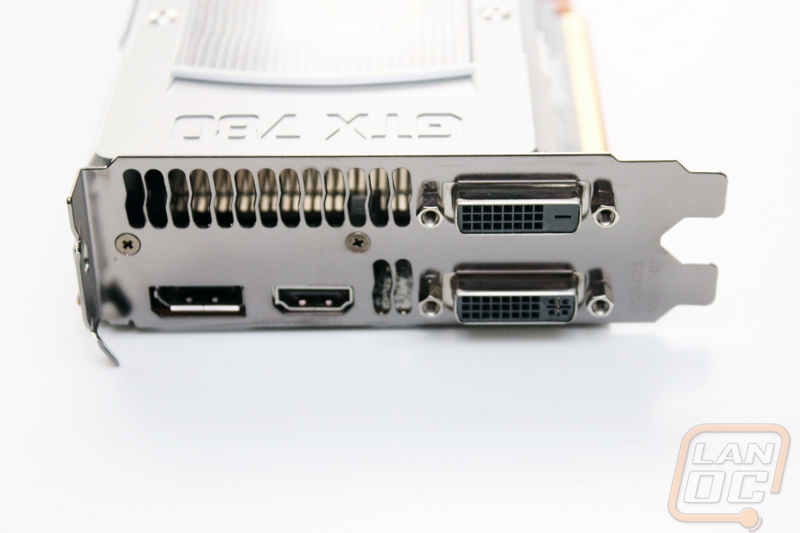 The GTX 780 has its black PCB design and interestingly enough there isn’t a need for a full backplate or a small GPU backplate support. I would suspect that is related to the full metal fan shroud design that I loved so much. 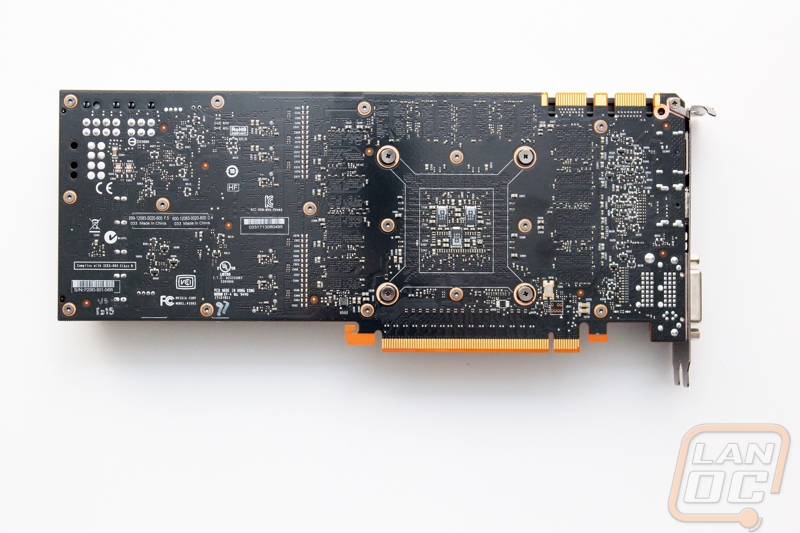 As expected we have two SLI bridge connections on the GTX 780 meaning it has full support for up to Tri SLI (not quad). 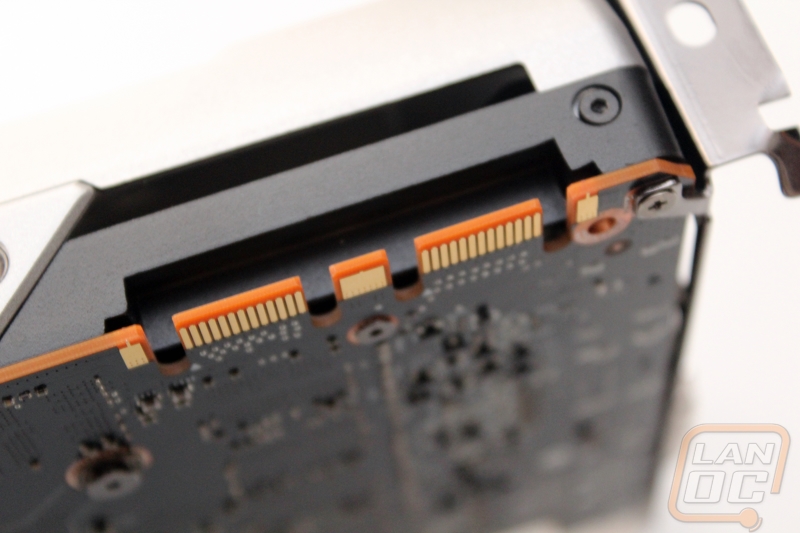 For power connections we have gone back to the 8 pin + 6 pin design that we saw on the GTX 580. The GTX 680 had a unique dual 6 pin design that took up less space but was a little harder to work with. This design should give more than enough power while being easy to work with as well, assuming you have an 8 pin power cable on your power supply of course. 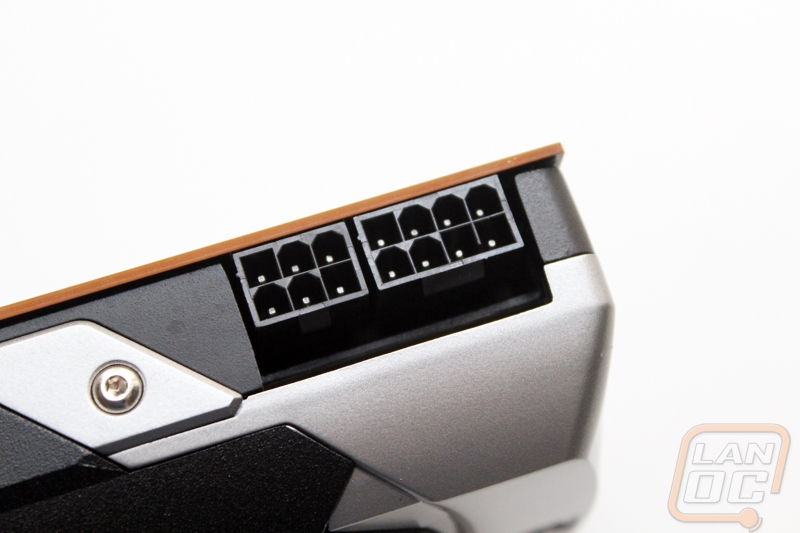 The styling of the GTX 780 is impressive on its own but when we have a chance to sit it next to the flagship cards that came before it is even more impressive. There really isn’t any comparison, the GTX 680 and GTX 580 reference cards are both covered completely in a black plastic. Length wise the GTX 780 is on par with the GTX 580 and the GTX 680 is slightly shorter. Even beyond the materials used there is just a nice styling that is both enough to stand out and also classic looking, similar to the way the TX 580 looks with its clean look. 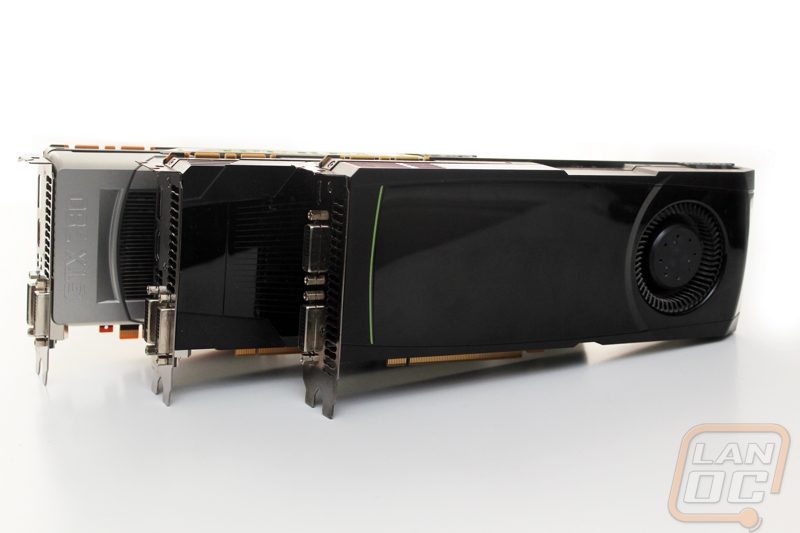 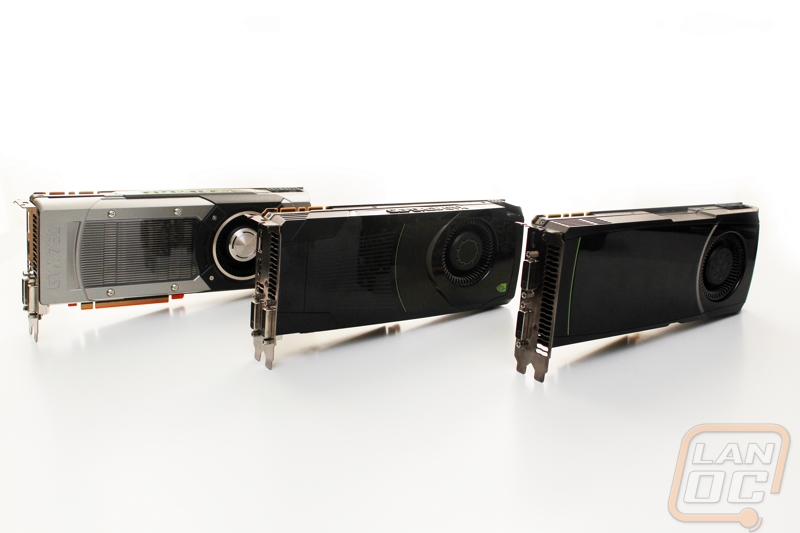 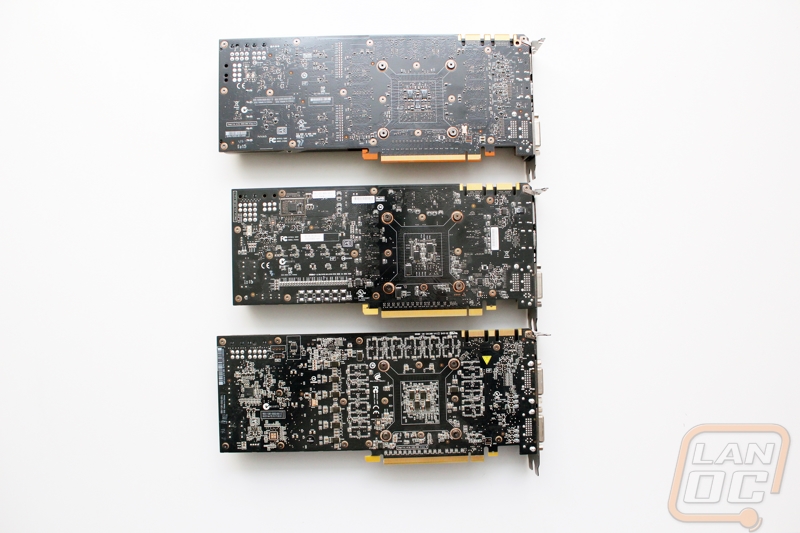 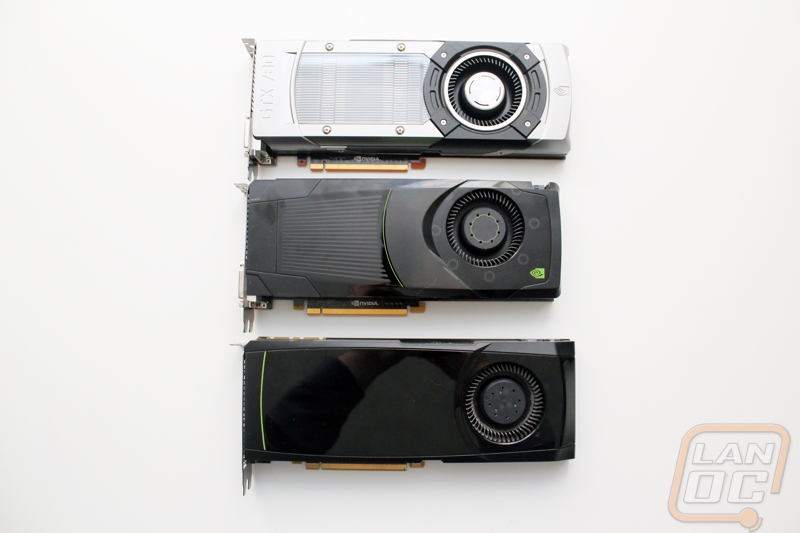