Last week we took a look at the Nvidia GTX 780, their first card in the 700 series of cards. Surprisingly I am sitting here a week later already telling you about their next card: the GTX 770. Is the combination of the GTX 780 and GTX 770 a one-two punch or a hit and a miss? Well in order to find out we had to put it through our benchmark suite to see what it was capable of. I enjoyed the GTX 780; I hope they are able to keep it up with the GTX 770. 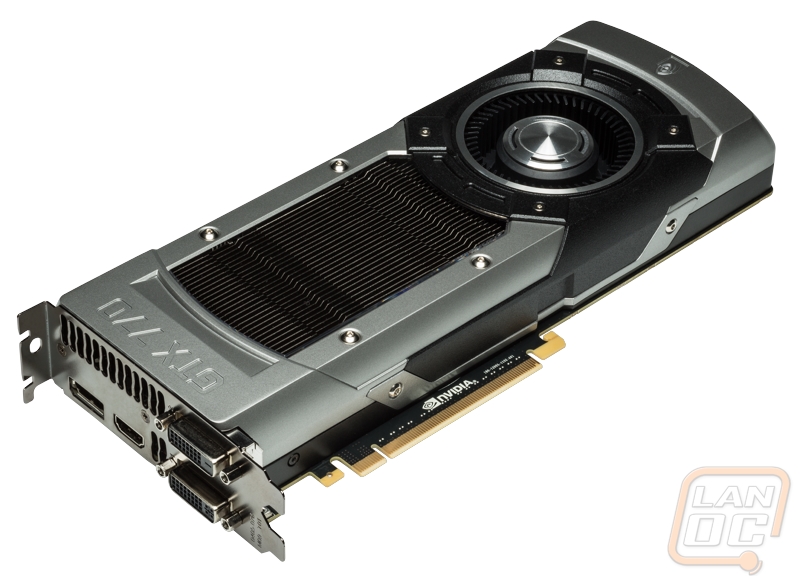 Beyond that difference, they also went with the fastest memory every used at a whopping 7 Gbps. This is faster than what we saw on the GTX 780 even. They did drop down the capacity from the GTX 780 to 2 GB’s using a 256-bit memory controller, just like the GTX 680 did. Nvidia also mentioned that we can expect to see 4GB models out as well. 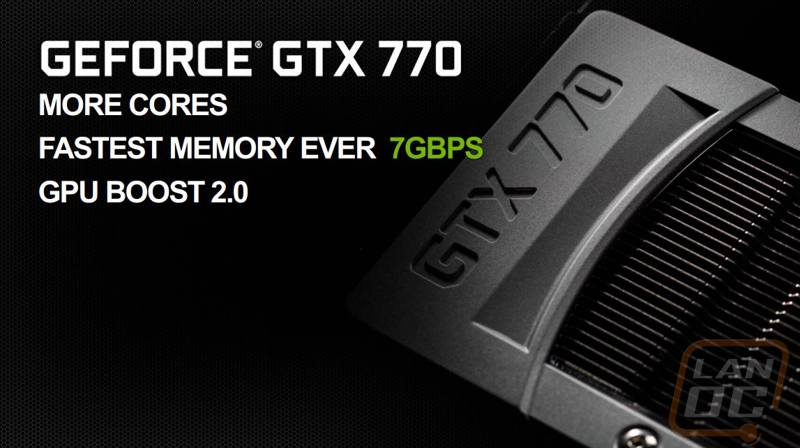 So what do those changes mean overall? Well Nvidia is showing a Single Precision score of 3.2 Teraflops, falling nicely in between the GTX 680’s 2.5 and the GTX 780’s 4.0. For power usage the GTX 680 was very efficient, in order for them to up the memory speed and the clock speed we did lose some of that but the GTX 770 does use less than what the GTX 780 uses. The GTX 780 pulls 250 watts where the GTX 770 pulls 230 watts, it’s not a huge difference, but it will make a difference on your electric bill over a year or two. Because of the increase in power usage over the GTX 680 though, the GTX 770 does use the same 8+6 power plug configuration that the GTX 780 uses. 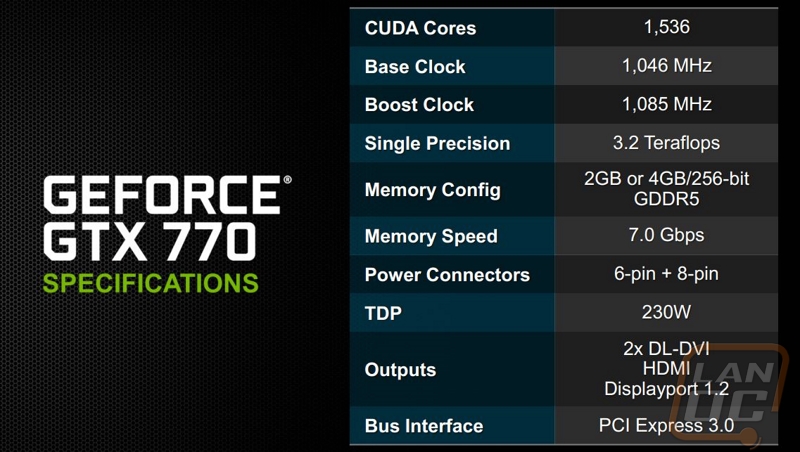 Let’s not forget that the GTX 770 still does get the same features we introduced with the GTX 780 though. It does take advantage of Boost 2.0 for better on the fly clock speed boosts as well as letting us have temperature goal overclock/underclock settings. The same can be said for the new fan speed controller programing that focuses on less drastic fan speed changes to make the card noise even less noticeable. Also now that the new drivers have been out for a week everyone should be taking advantage of the Geforce Experience where Nvidia helps you keep your drivers up to date and it also helps fine tune your in game settings to fit your PC configuration perfectly.

Nvidia was also showing off their in house benchmarks of the GTX 770 against the GTX 670 and the GTX 570. They say to expect a 65% performance increase over the GTX 570, a major jump for those who have had their GTX 570 for a few years and are finally looking at an upgrade. 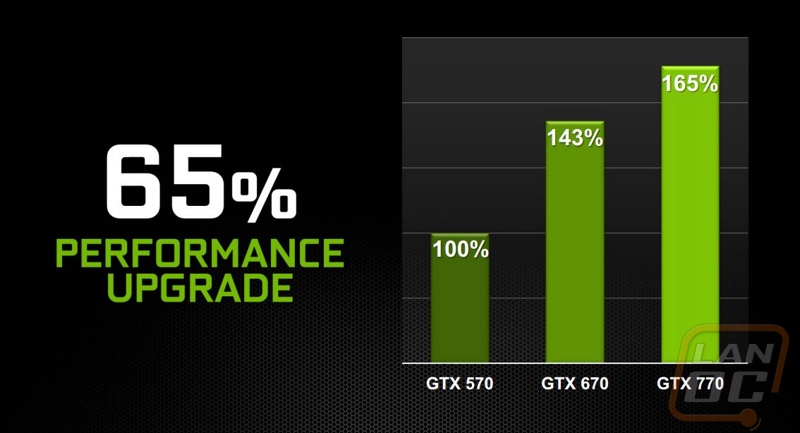